While we live at 3,871 feet in a valley in the Pyrenees, La Cerdanya is not currently known as a locale that receives a lot of snow. The eastern Pyrenees are drier than the central and western parts (said western areas have glaciers) and is effectively a high altitude Mediterranean climate zone, which is admittedly pleasant to live in. Of course, while I happened to be in the United States, La Cerdanya got slammed with snow down in the valley. Fortunately, it got it a second time before we got back, so I had the chance to fly on an unplowed runway. Due to glider operations, with long wingspans and tow aircraft landing in the grass, the runway is never plowed as ensuing snow piles would linger and halt glider operations. That meant that I had to go up on a not-so-stellar day, for fear the snow would melt if I waited too long.

Ceilings were low with abundant moisture stuck in the valley, though there was enough room to fly around and avoid flying into the side of a mountain, keeping a close eye on the weather as it evolved. Instead of my traditional style of bringing the sky into my images, I opted to focus on more intricate details of life covered in snow.

PA-11, with opportunities for CFIT (Controlled Flight Into Terrain) in the background. 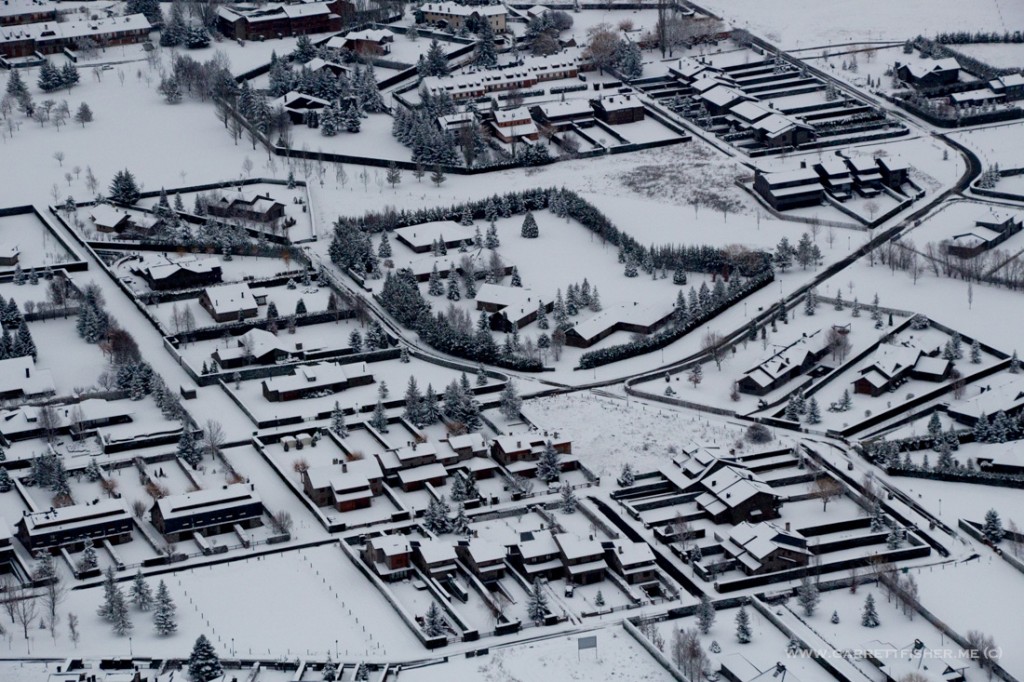 The airport, entirely indistinguishable in a sea of flat, white light, except for my tire tracks from takeoff. 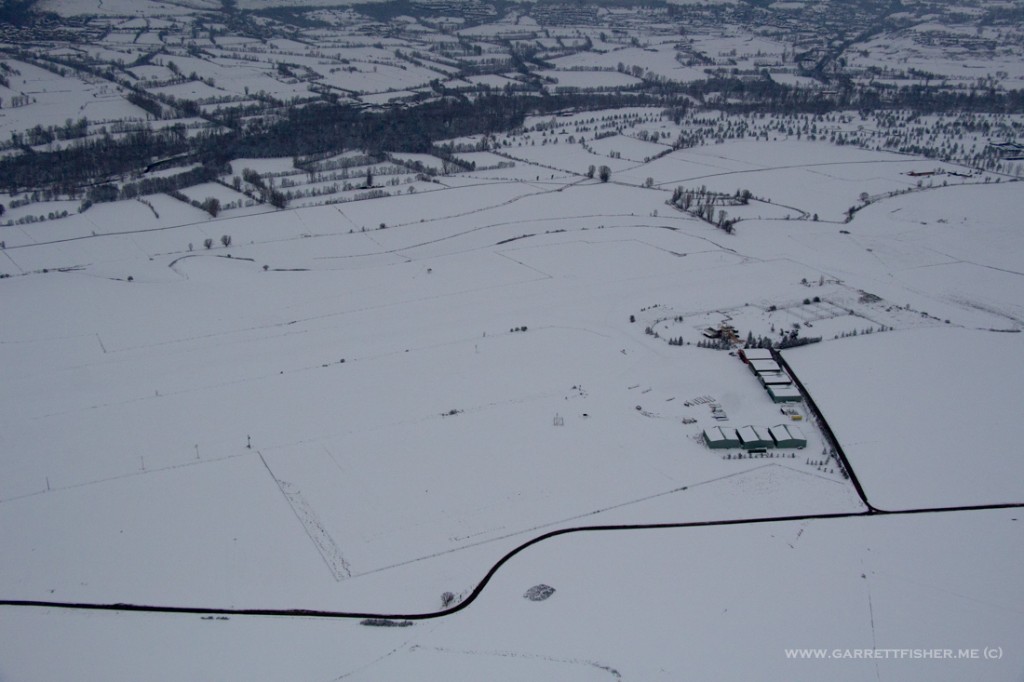 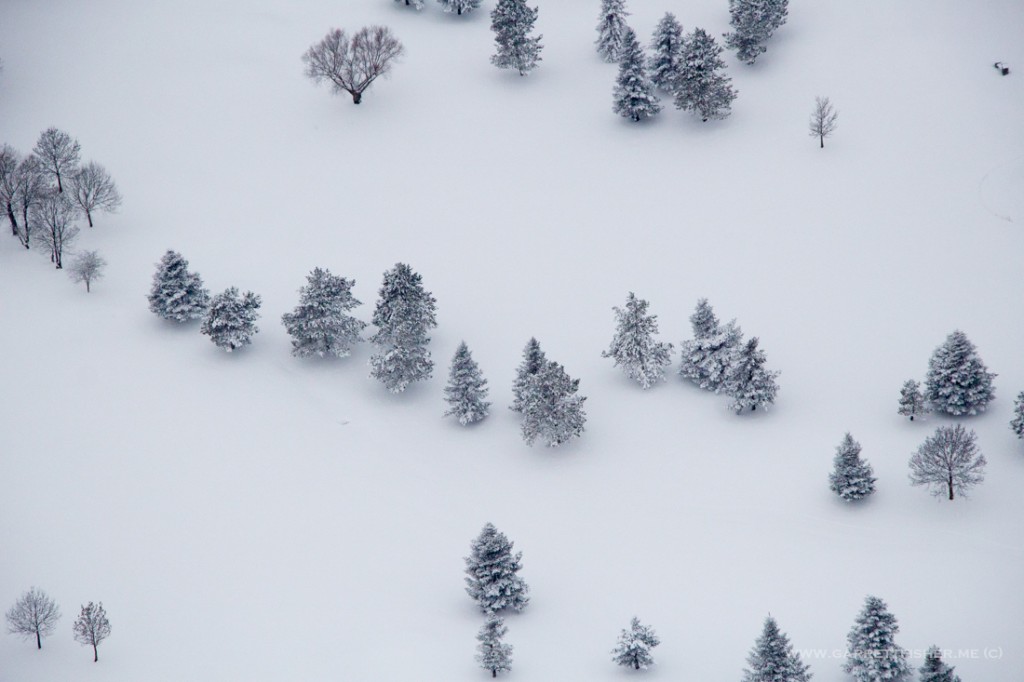 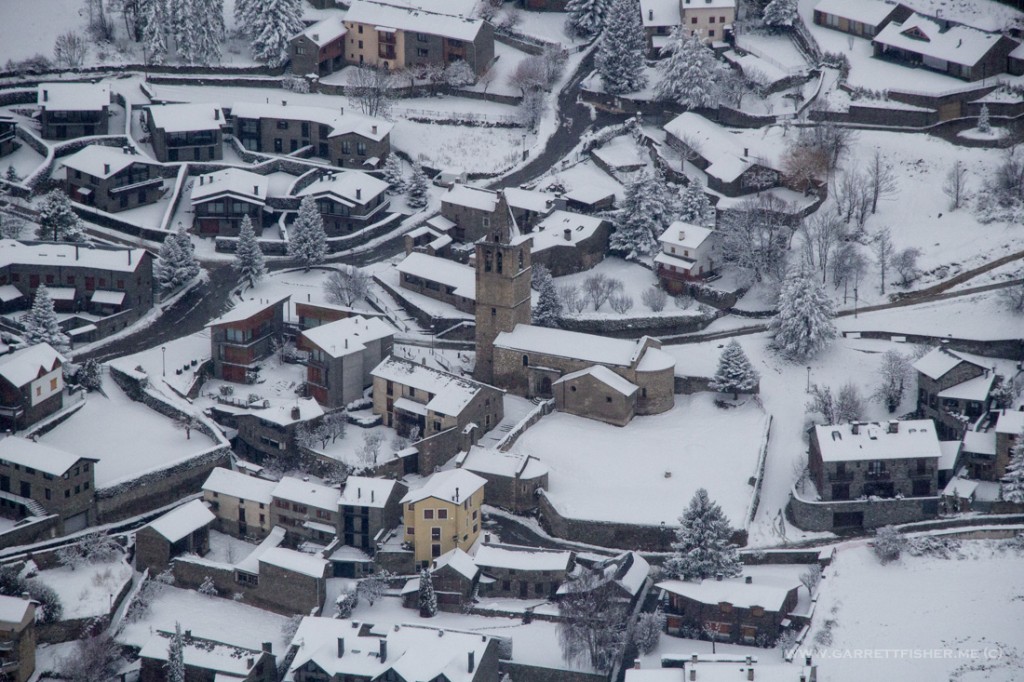 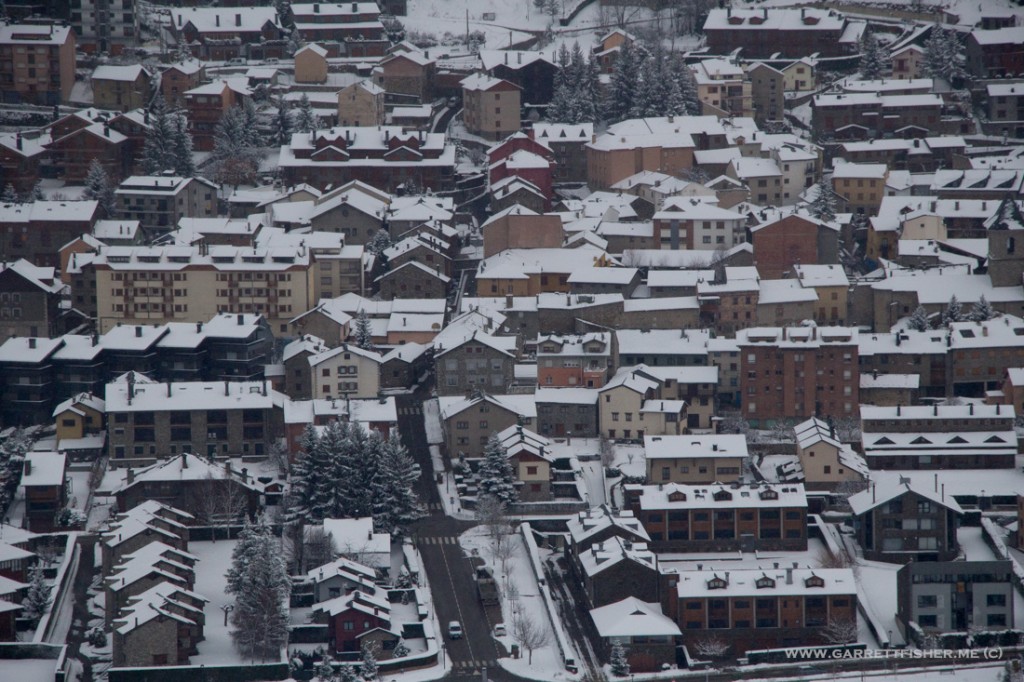 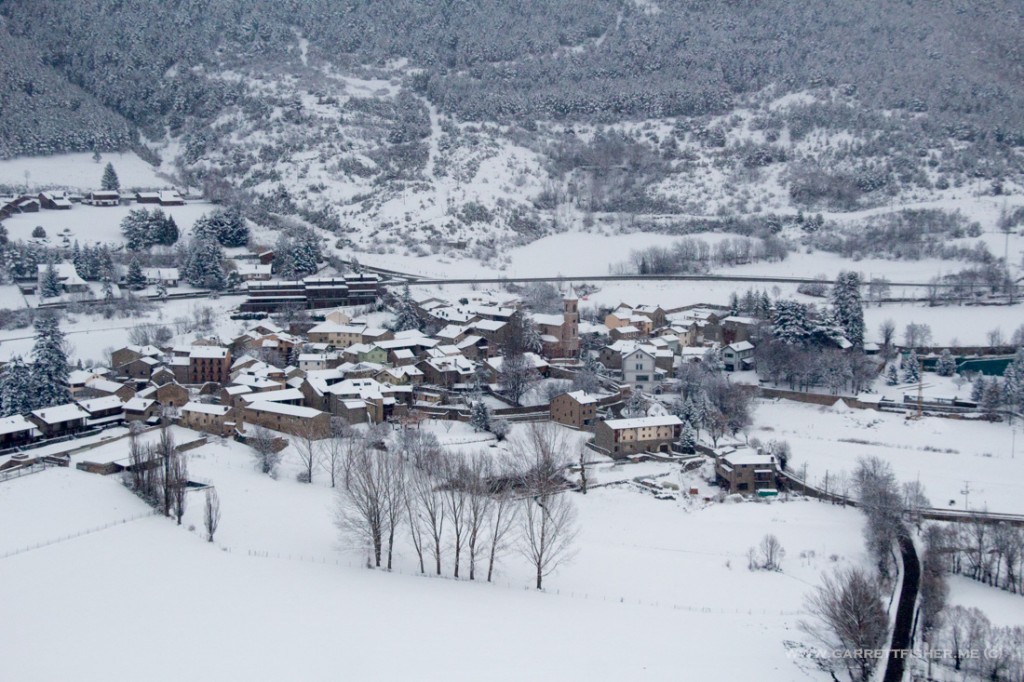 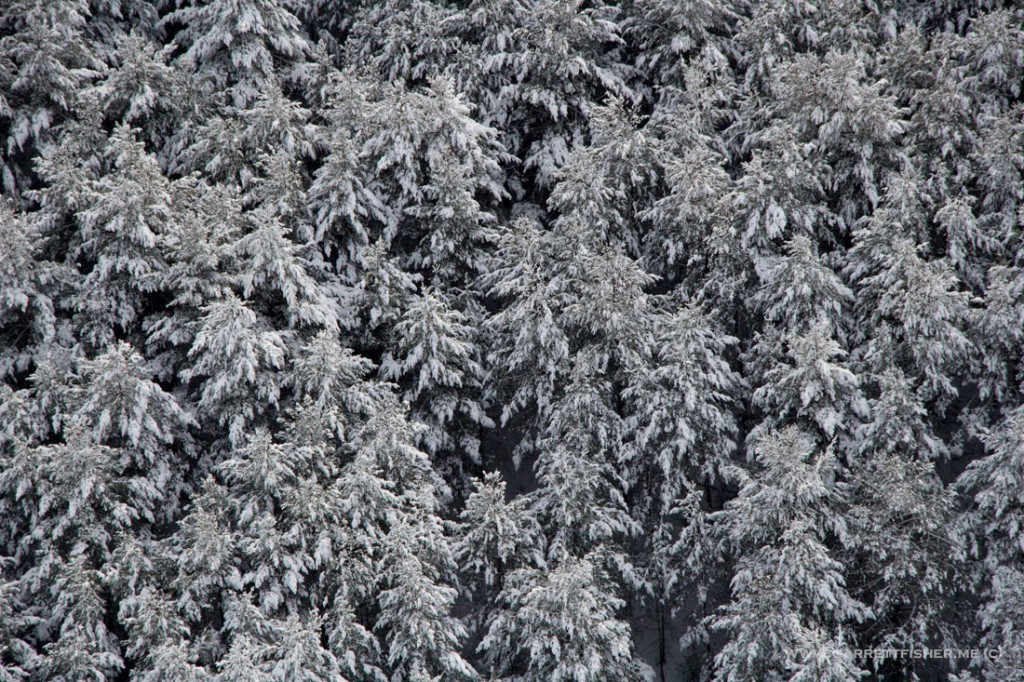 Riu. As you can see, La Cerdanya features many villages with three letter names. 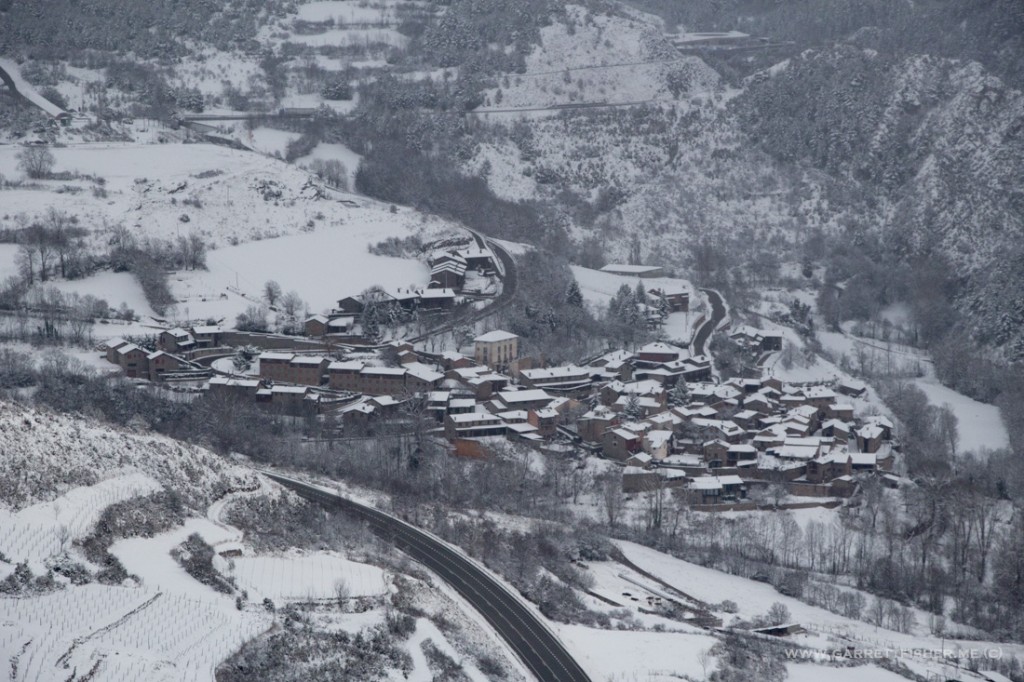 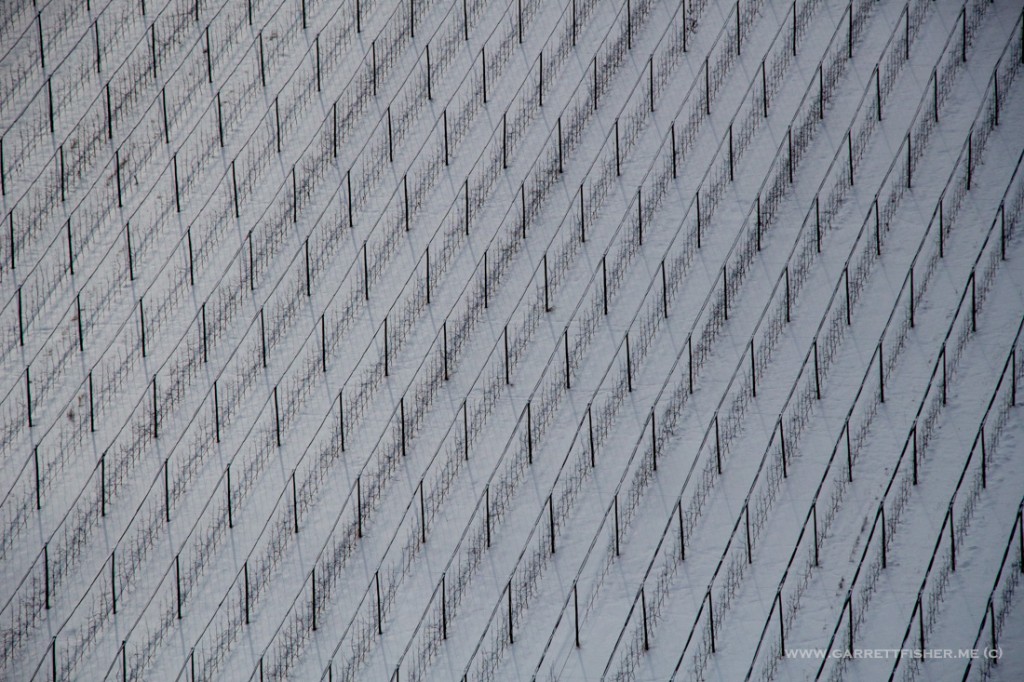 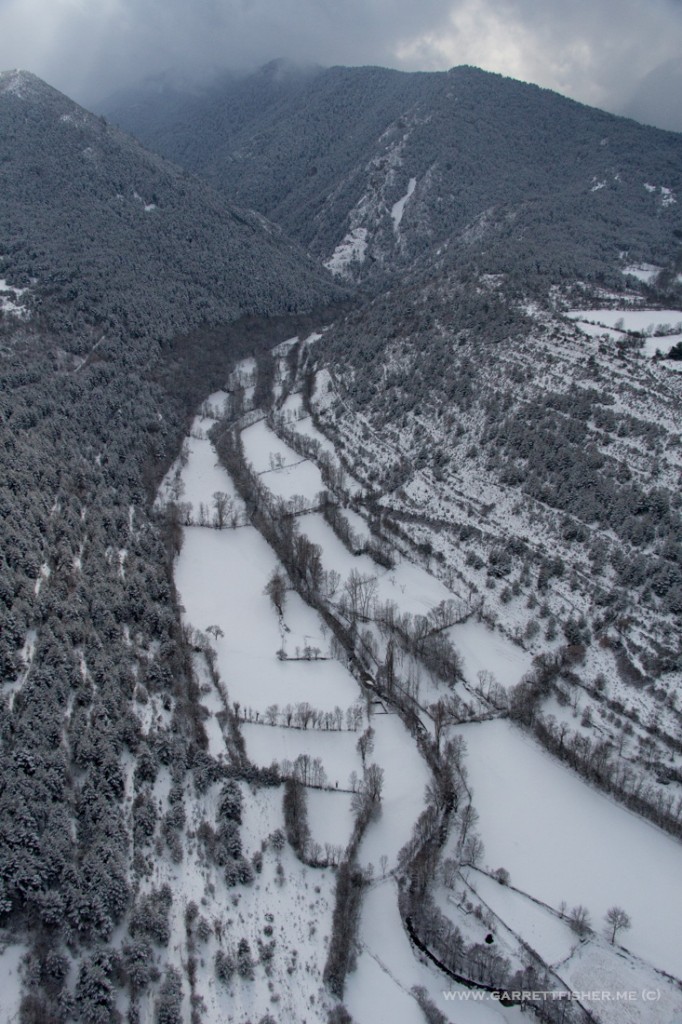 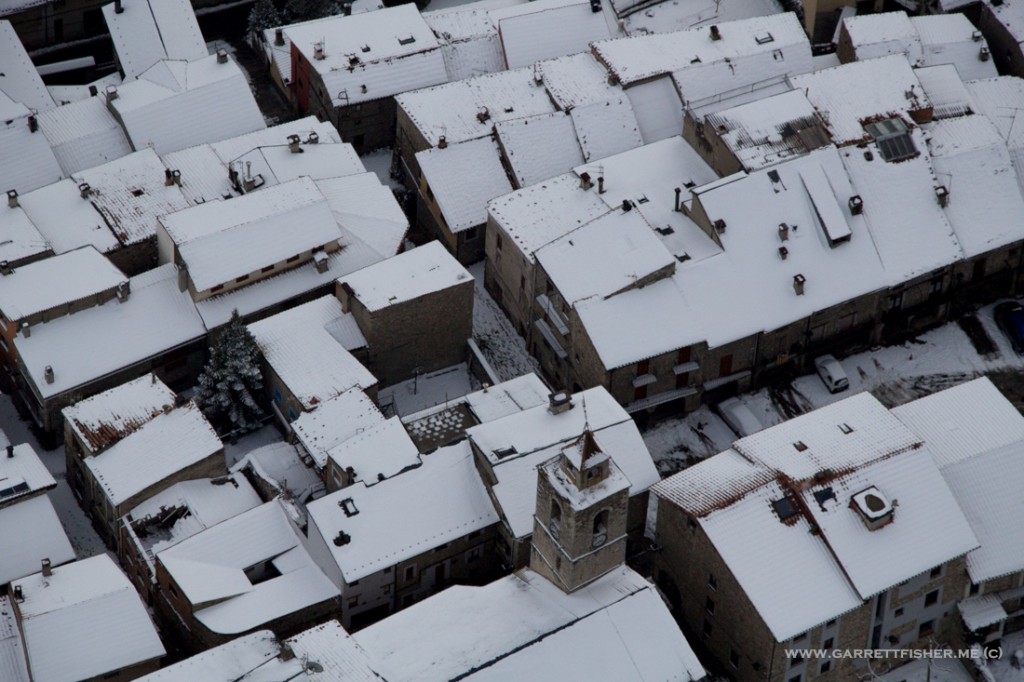 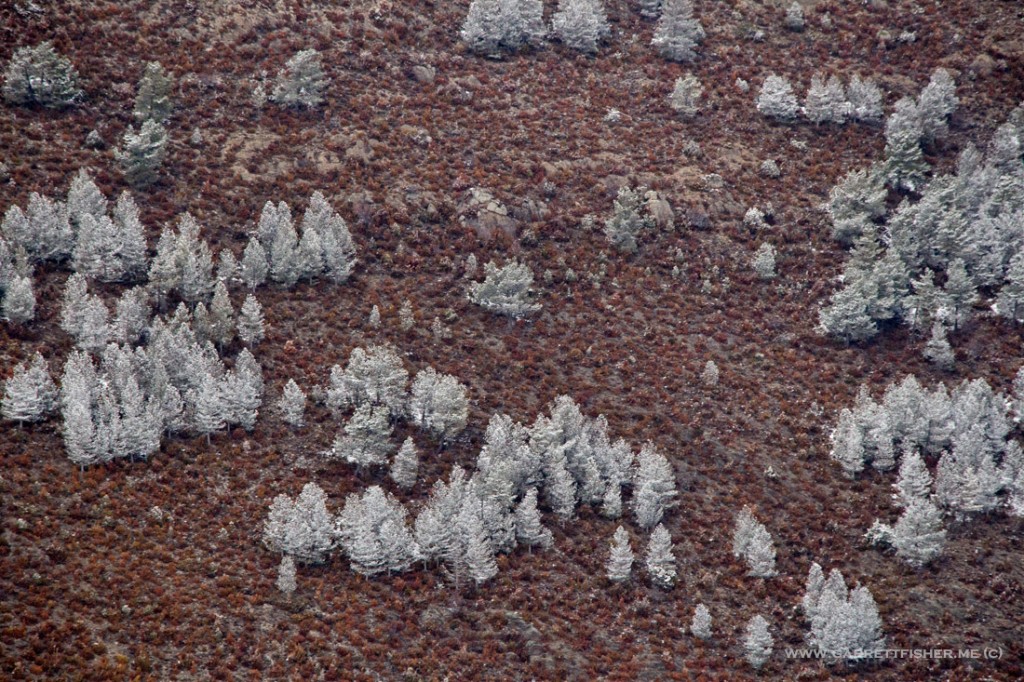