Was it push pins on the map, the mystical allure of an airfield I probably should avoid, or my list of Pyrenees peaks I needed to chip away at? I can’t even remember, as the flight was in the throes of passion of Catalan independence. It was a beautiful fall day, and this was a bit of a neglected corner of the central Pyrenees. That, and there was one silly peak that taunts me from a distance as well as on Google Maps. It was time to check it out.

The flight out was fine, as was the climb up to 11,000 feet. From there, it was a classical hop between peaks and glaciers over 3.000m (I am doing a book on the 3.000m peaks, among other things). From there, I had to get another look at Pico Aneto, the tallest peak in the Pyrenees again, this time from a few new angles. A host of sub peaks awaited, all of which I had plenty of time to enjoy, as I needed to descend from 11,000 feet to 3,000 feet down to Castejon de Sos, and it takes quite some time in this airplane.

The landing there was truly special. I could not make out a windsock. Winds were out of the north at altitude, so I came in for a right-hand pattern on the northeast facing runway. Still way too high, and with terrain on three sides, I did a corkscrew over short final, blazing my way in skimming the tree tops. As I got the Cub to descend below tree line, careening by horses grazing next to the field (with no fence to block them), something felt very wrong. I was screaming way too fast, and the field was way too short. I gave her full power as I realized the wind was a tailwind, which is grotesquely unsafe in such a short field.

Climbout was another story, with terrain on all sides. I made 250’ AGL, pulled a 180, slowed the airplane down, and wedged between tree branches, over some bushes, and over a dirt pile. I only used half of the field, stopping well before the horses, and taxied back to a piece of grass to make my fuel transfer.

As that was in process, I noted a commotion behind the airplane. First it was a few dogs, then a few sheep. I lifted my head to look, and a shepherd holding two dead rabbits was coming through with at least 200 sheep and 4 sheep dogs. One of them, a Great Pyrenean breed (how ironic, deep in the tallest part of the Pyrenees), took a special liking to me and tried to get me to come along with the herd. Eventually, they all wandered to the runway, where they crossed/grazed with the unfenced horses, not giving a hoot that it was an airfield.

Takeoff was fine, though I wouldn’t want to lose an engine, or I’d eat a birch tree. I corkscrewed out of the valley and the flight home was a classic late afternoon autumnal passage.

Sheep that don’t want the shepherd… 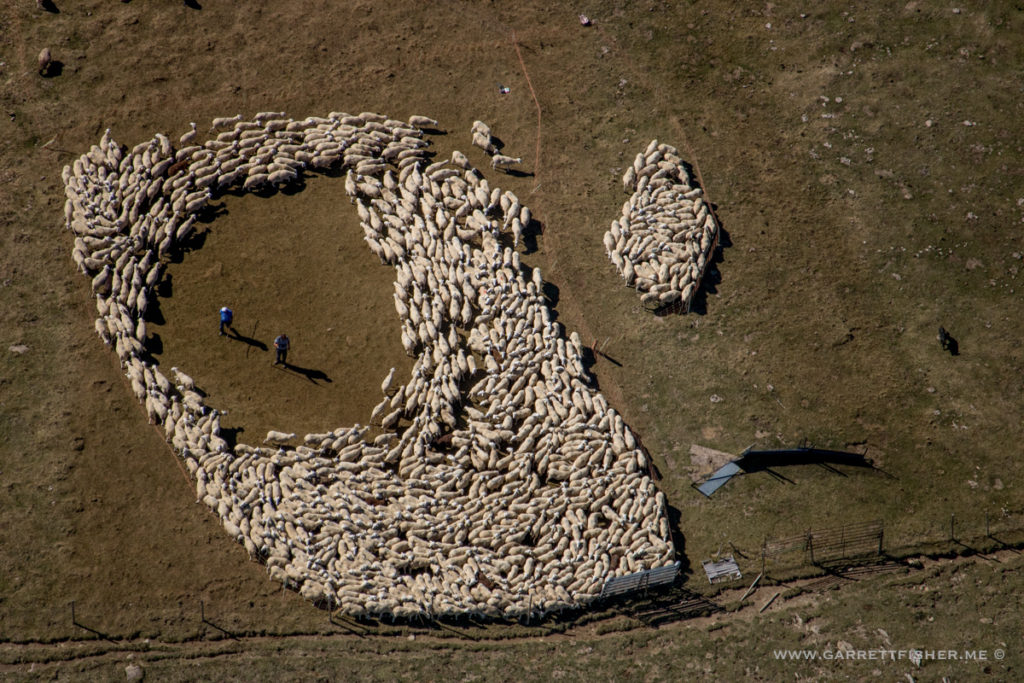 Nefarious peak that taunts me is in the center horizon. 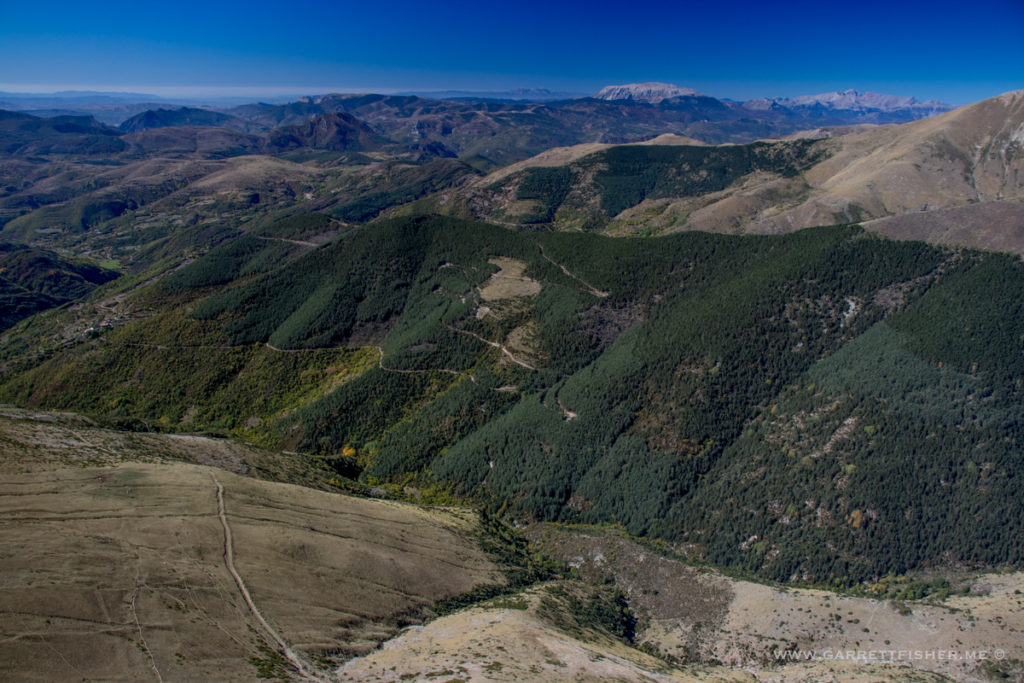 From whence I came. Normally I overlook this area as massive peaks lie to the left, making this an afterthought. 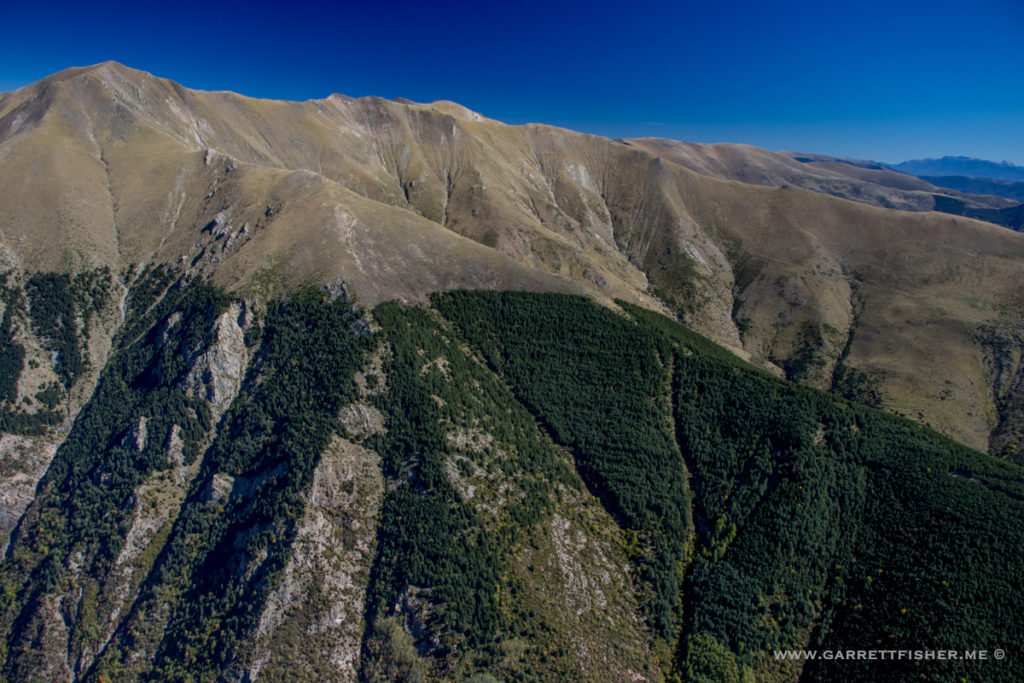 The peak again. Out of Catalunya now and into Aragon. 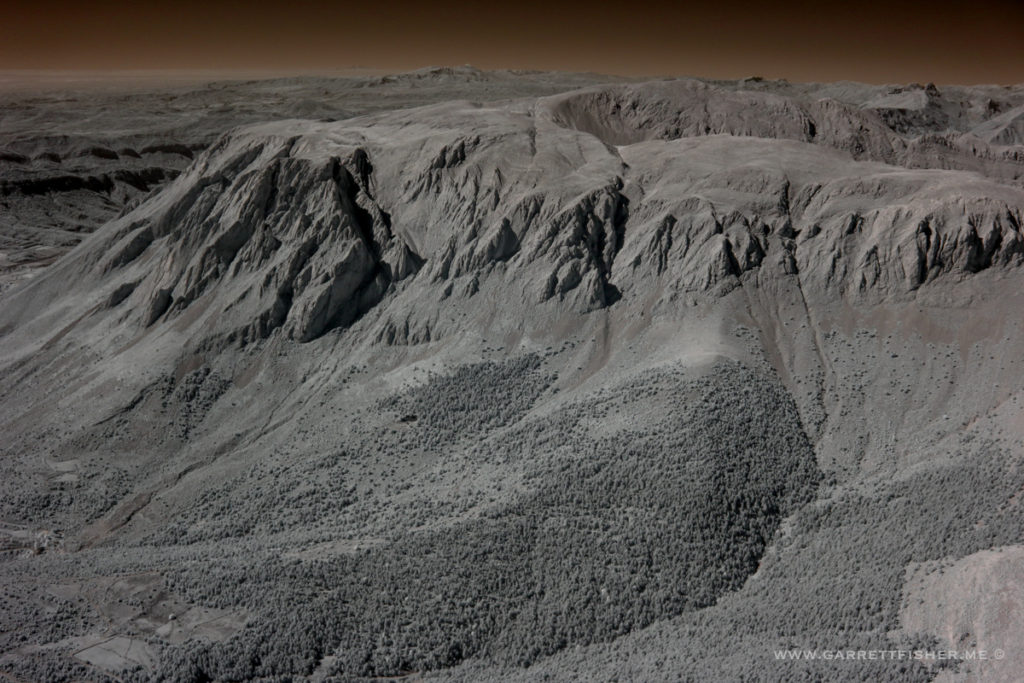 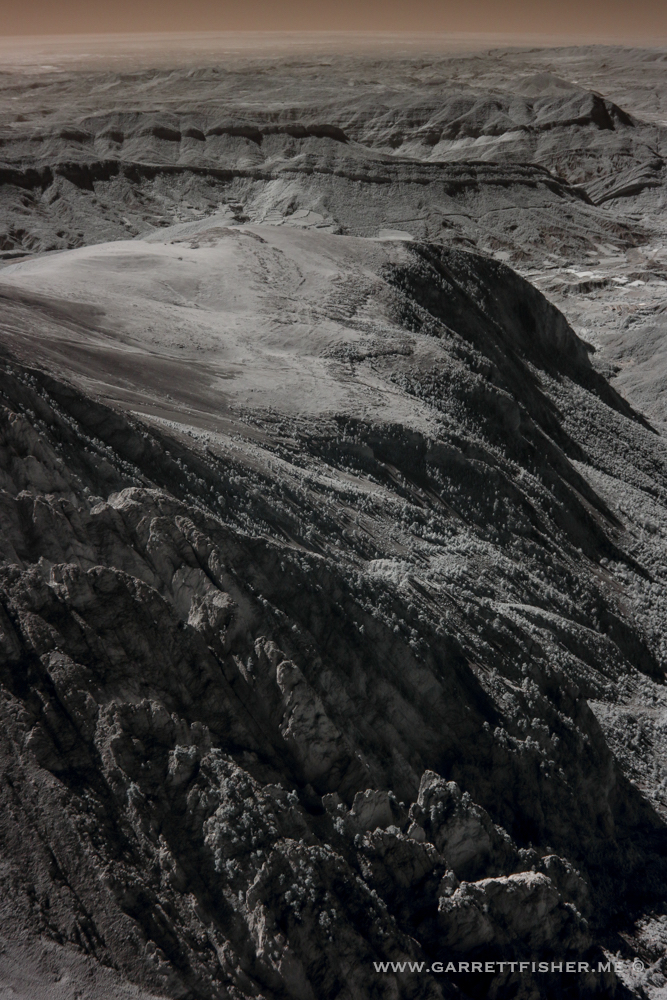 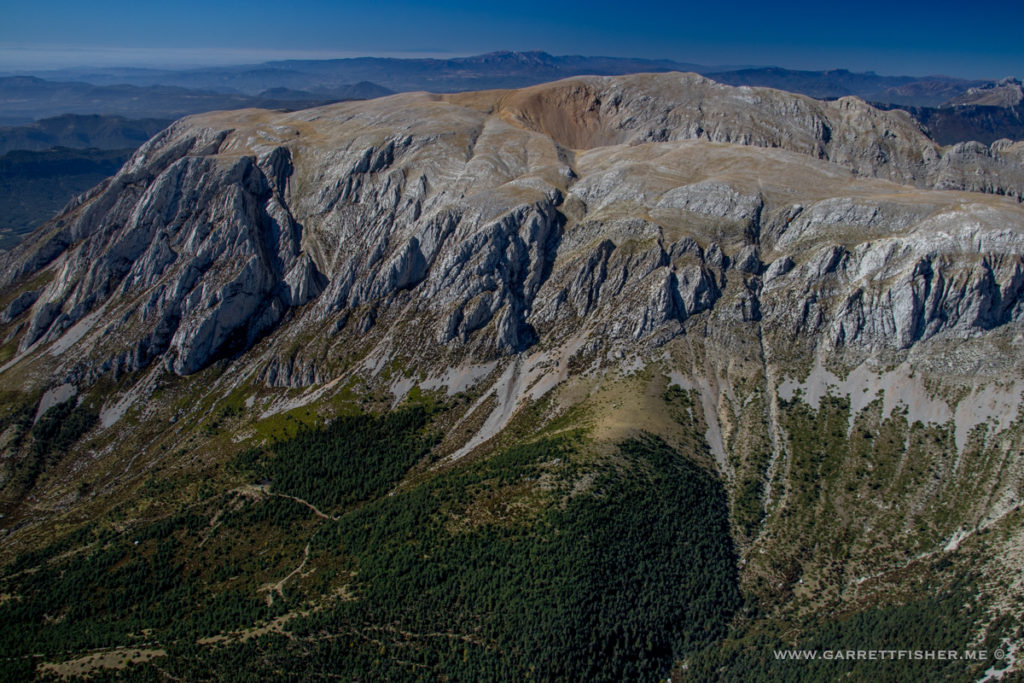 The other side of it, as it connects with higher Pyrenees terrain. 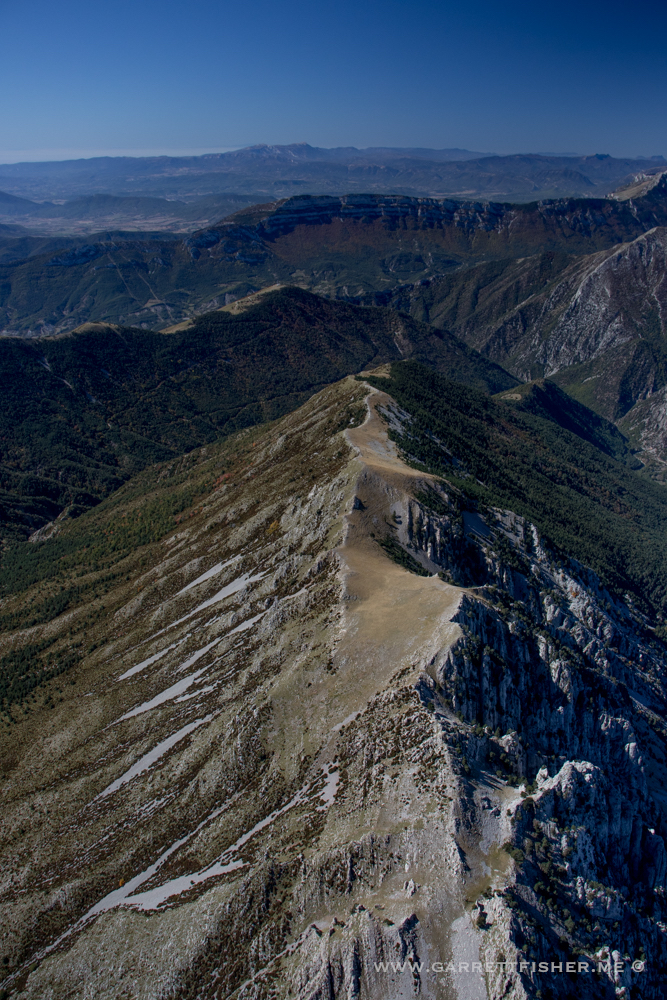 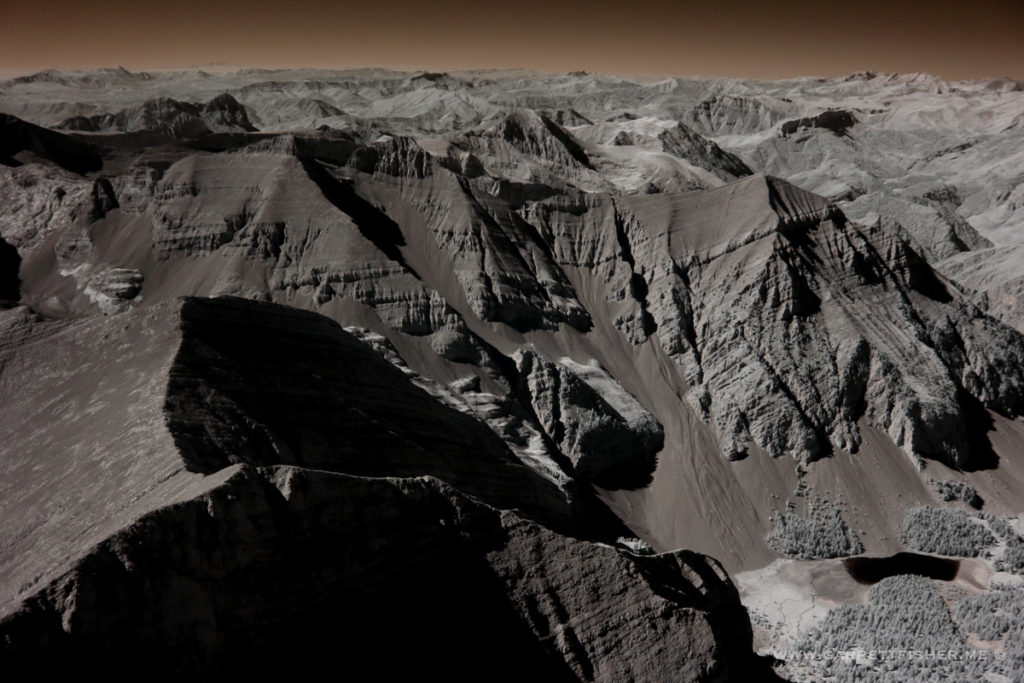 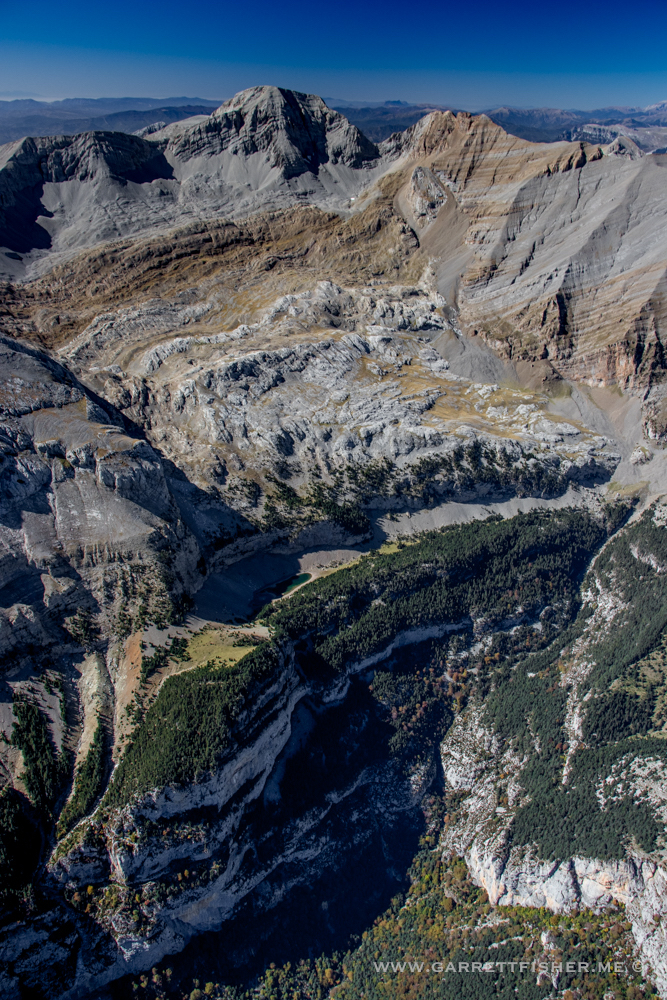 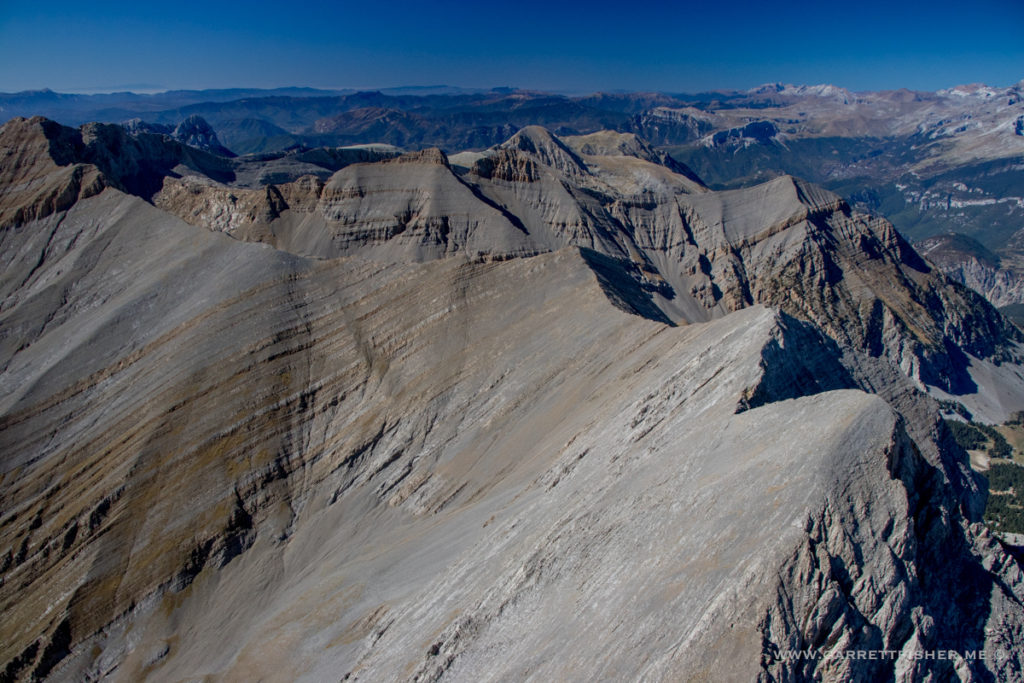 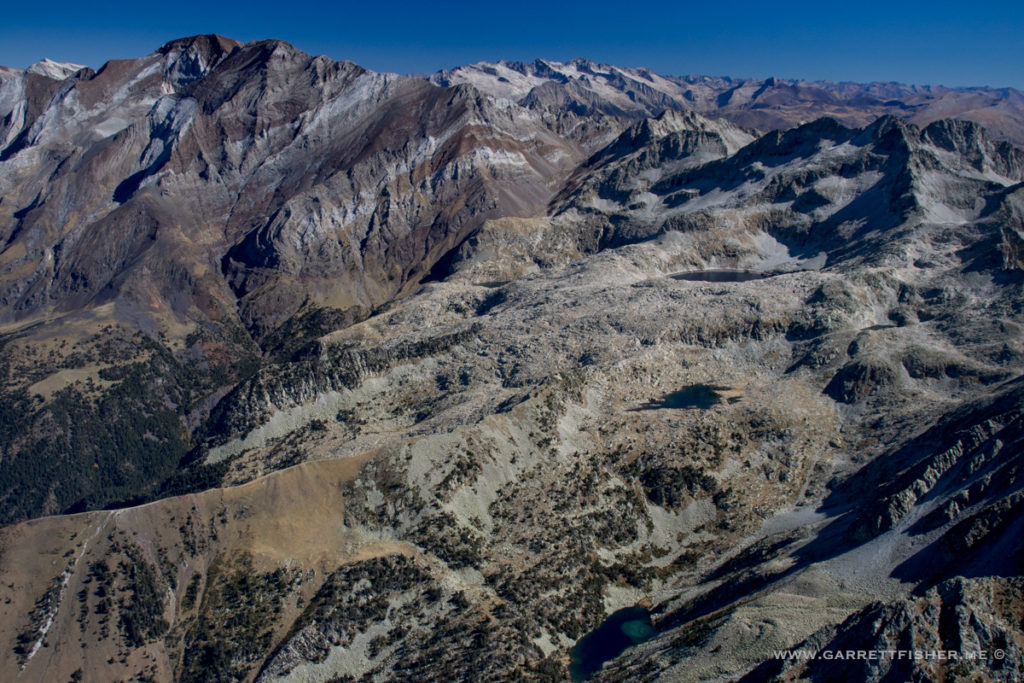 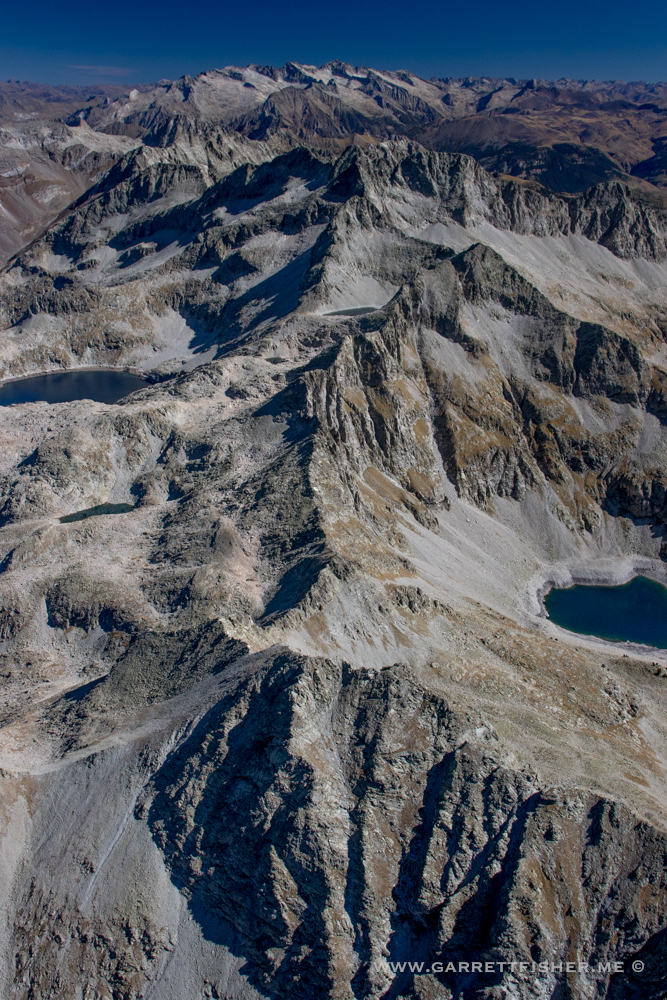 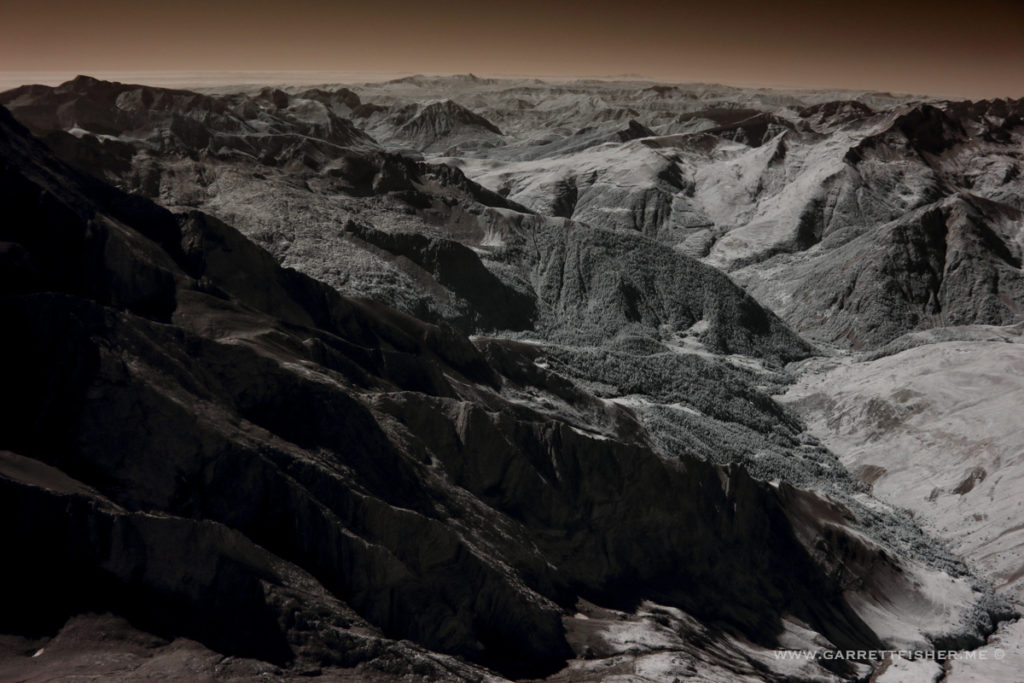 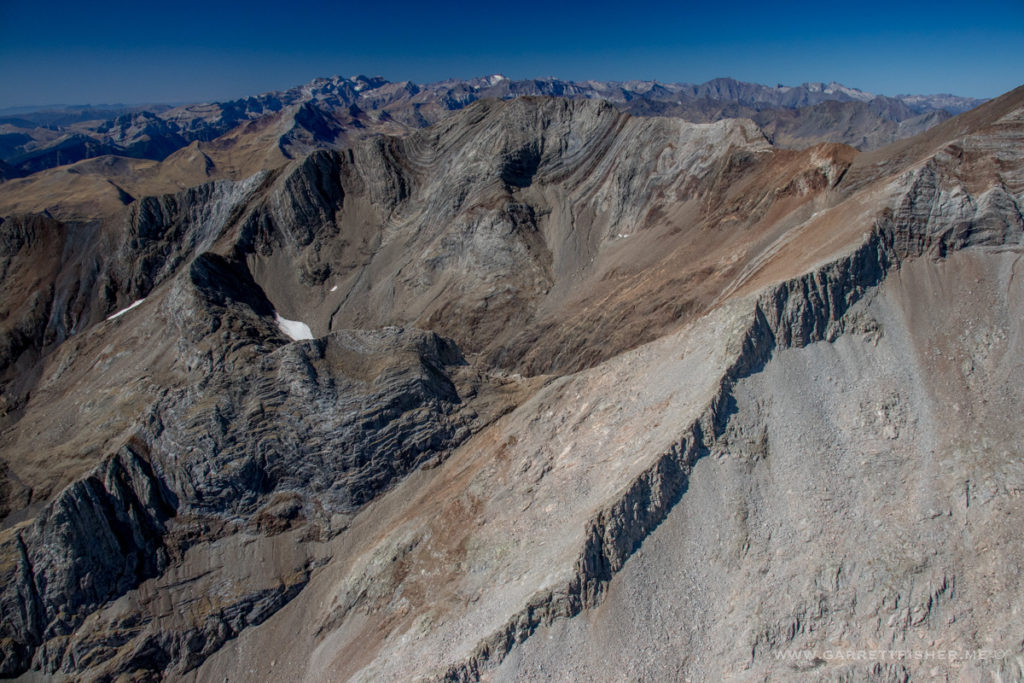 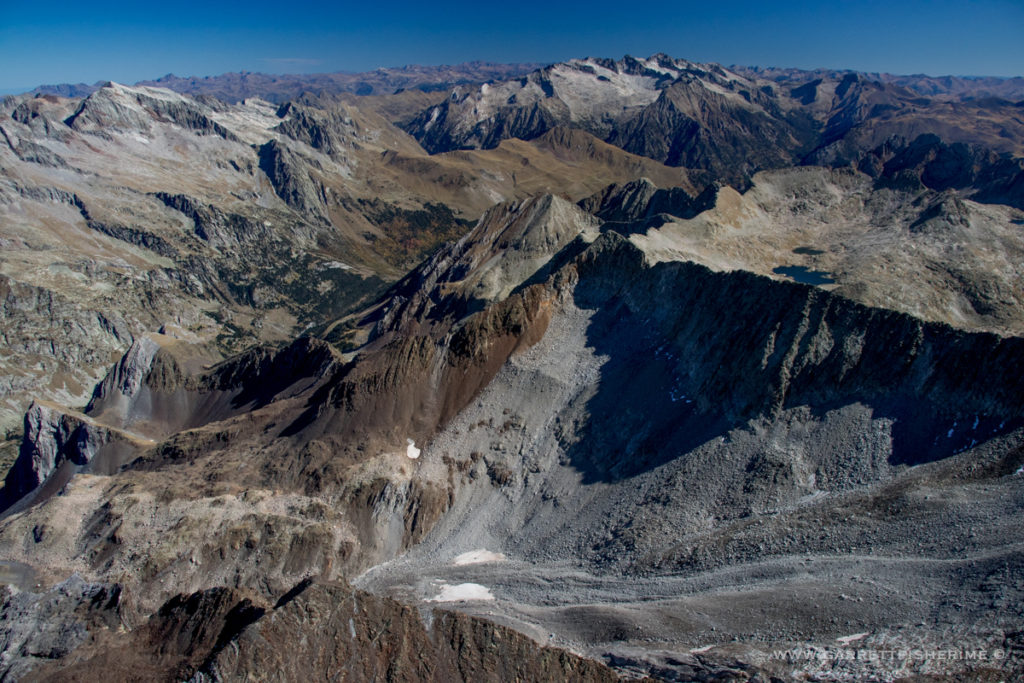 I think this is the French border. 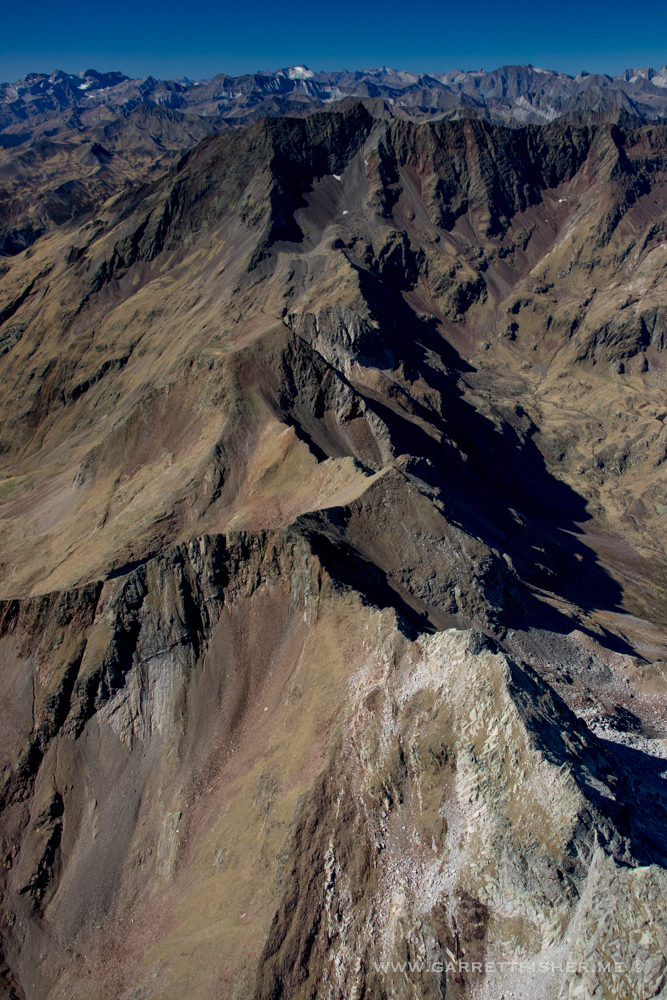 France to the left… 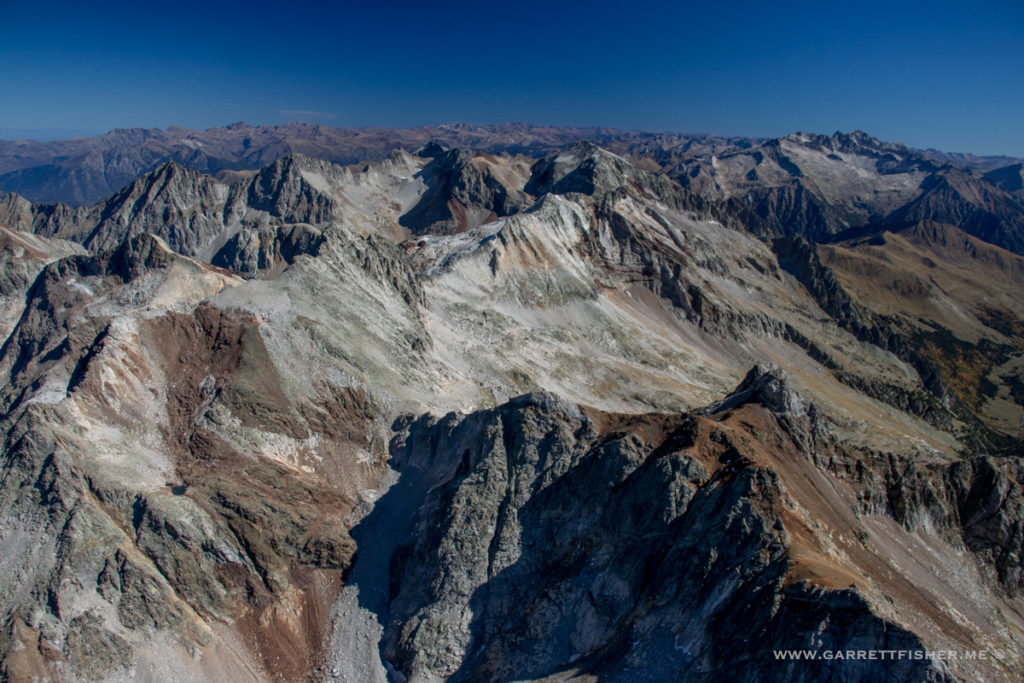 A glacier on the French side. A bit windy up here.

Commencing descent into the valley below… 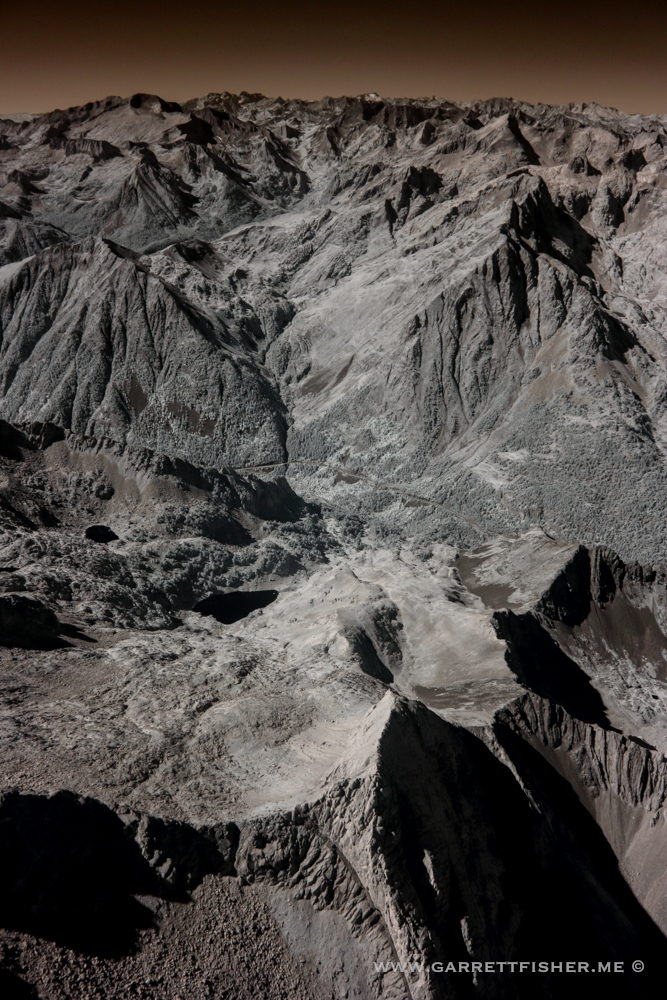 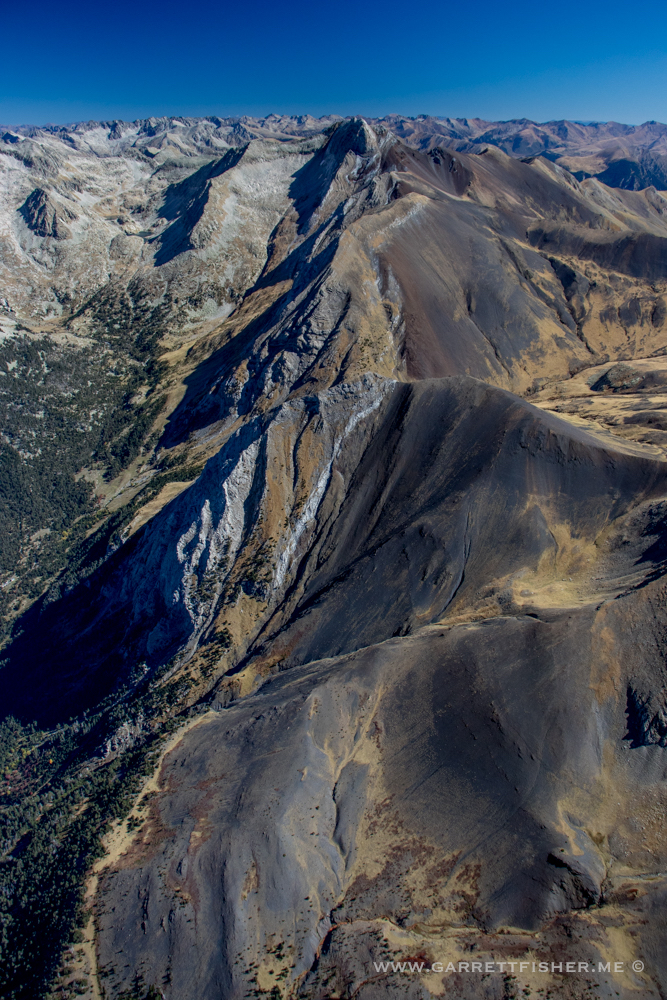 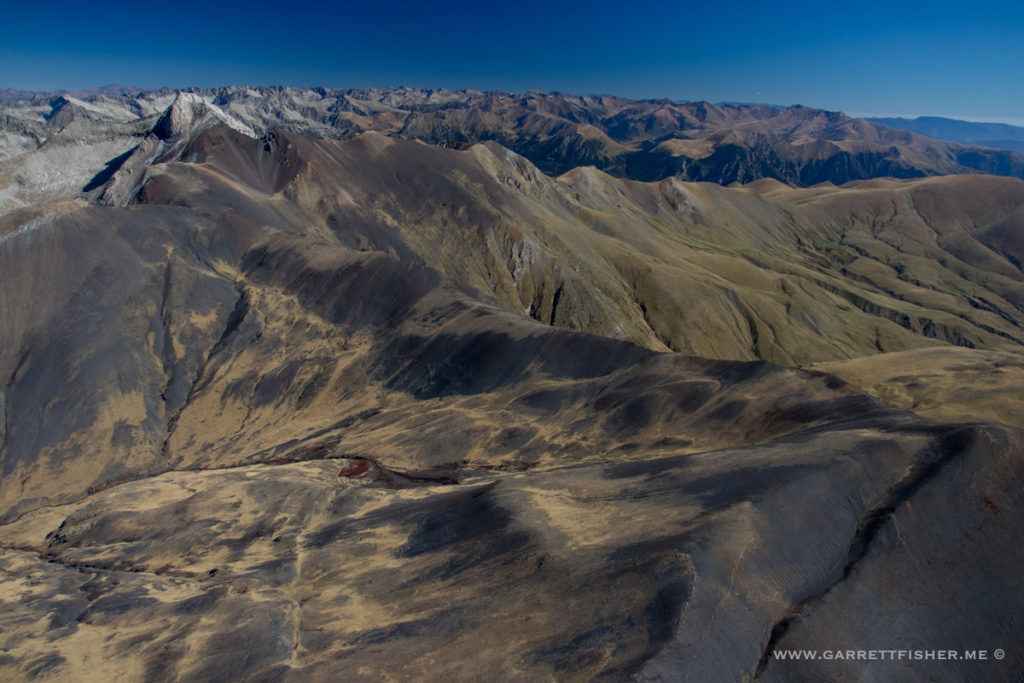 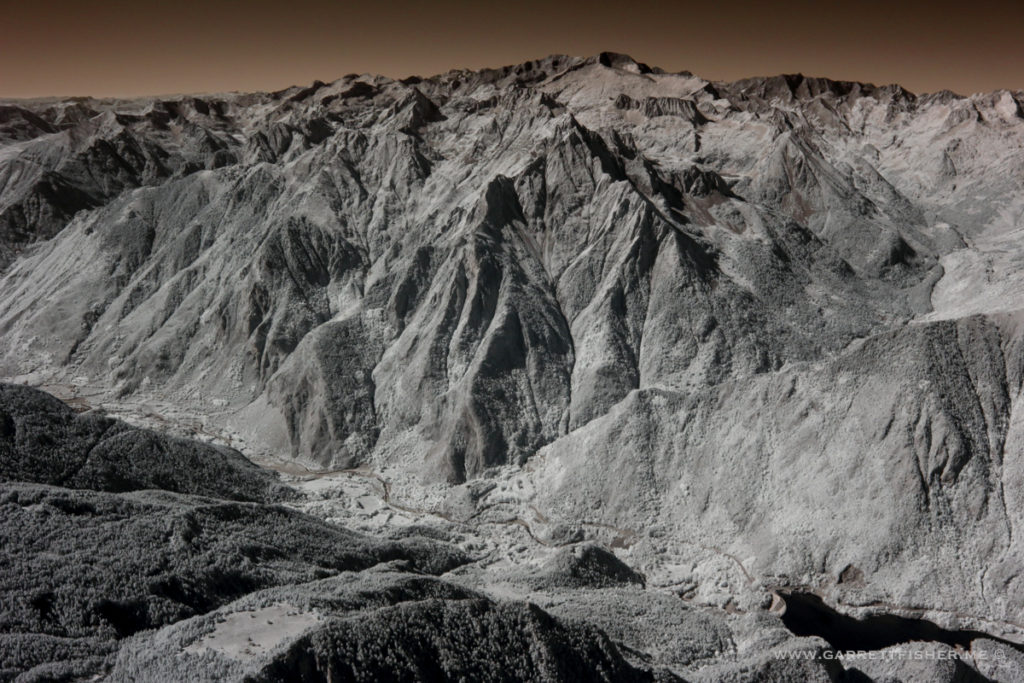 Much lower, and still much more to go…. 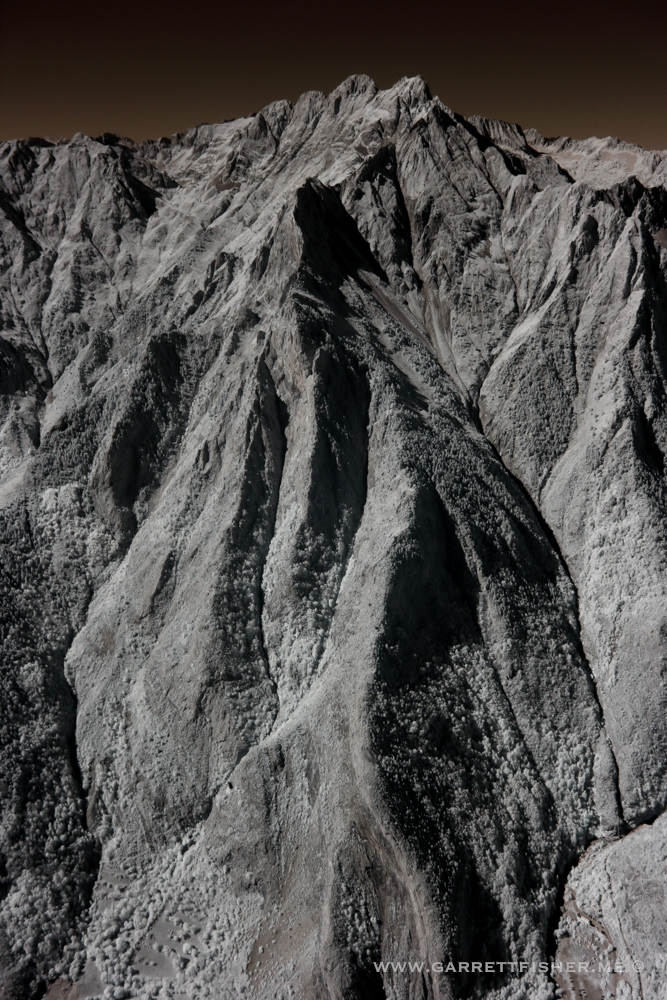 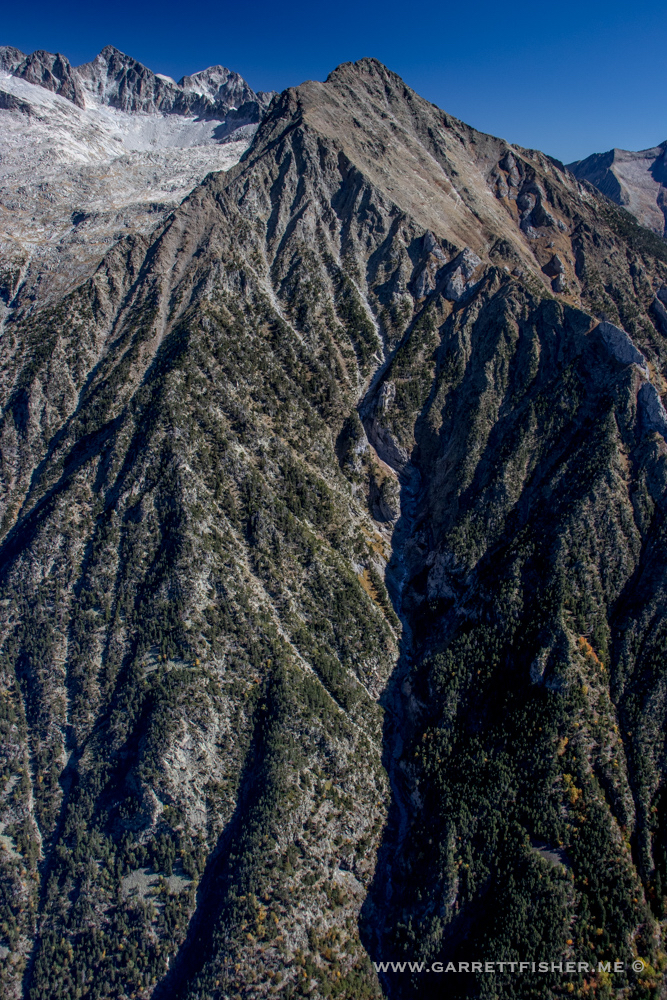 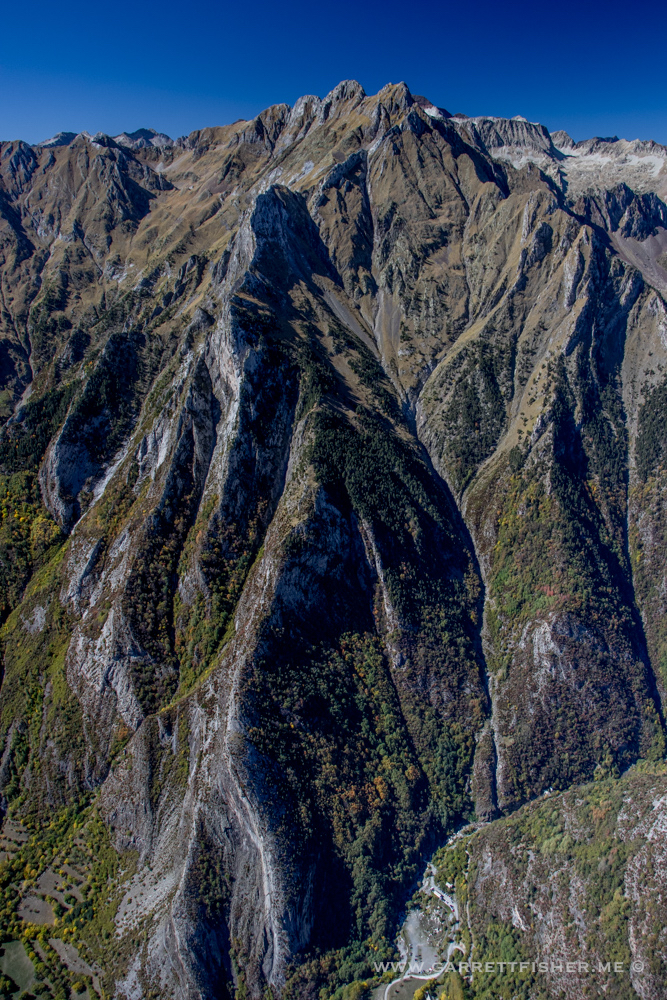 Foolishly thinking I am pretty far down. Much more to go… 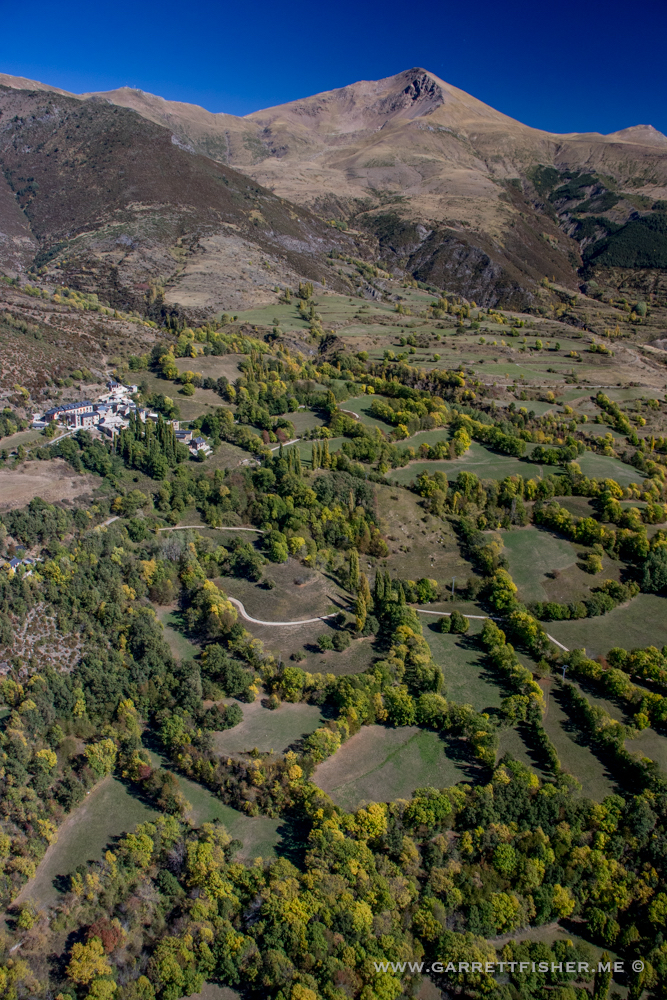 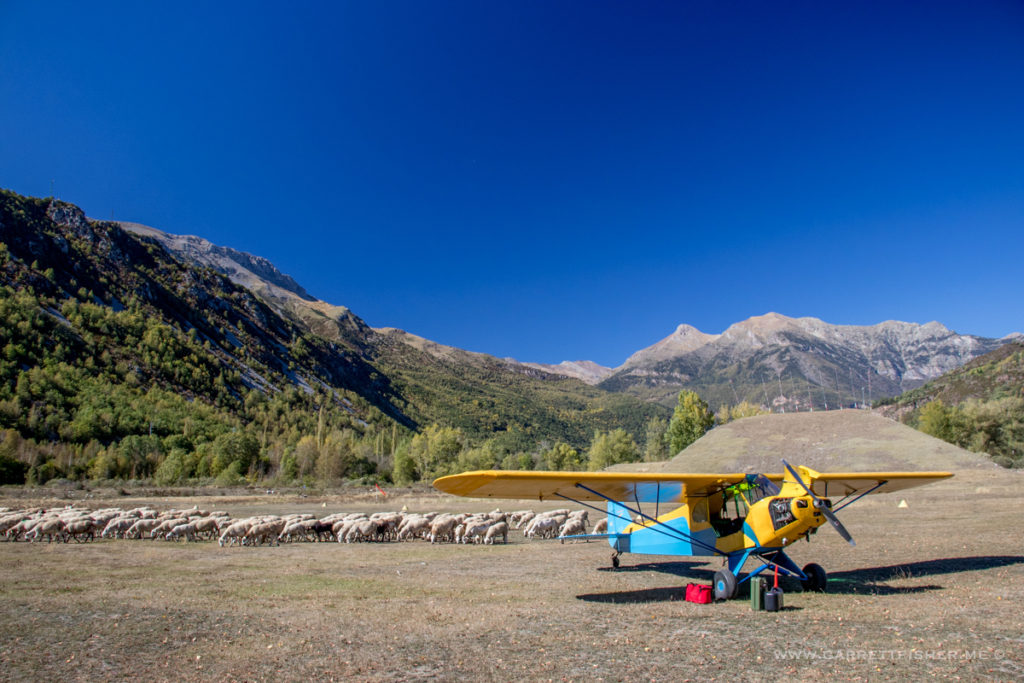 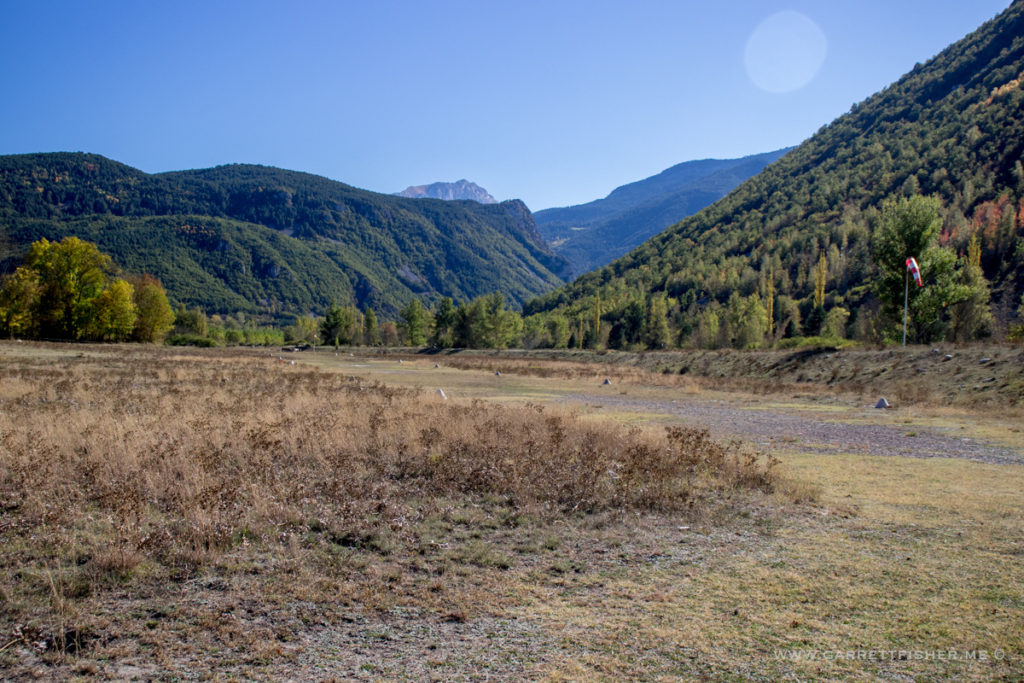 Riu Segre. Back in the land that wishes to distance itself from Spain. 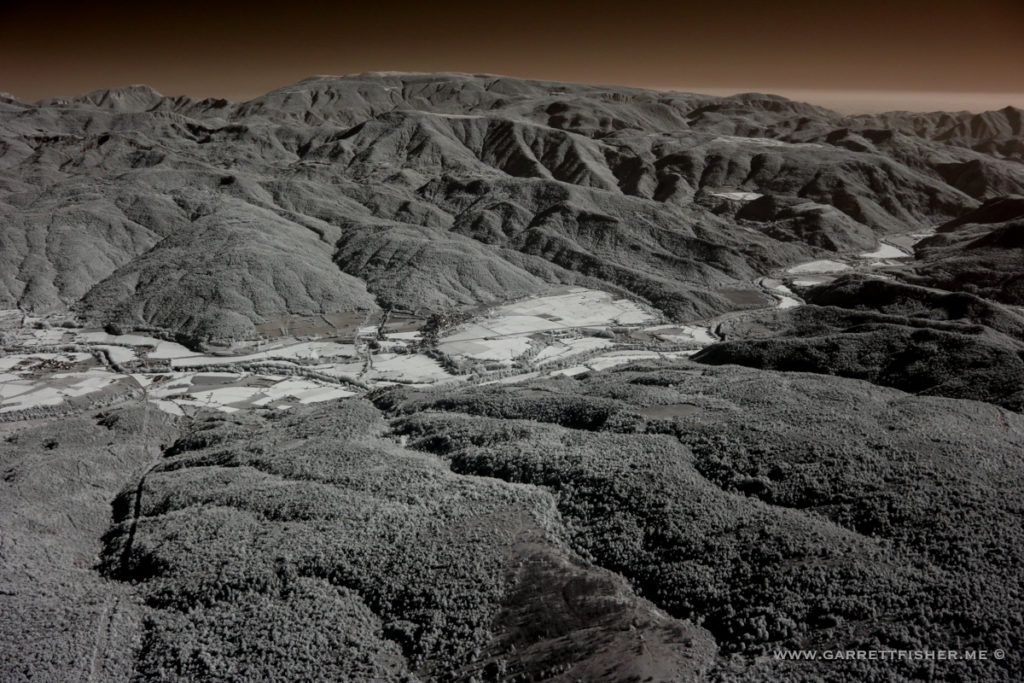 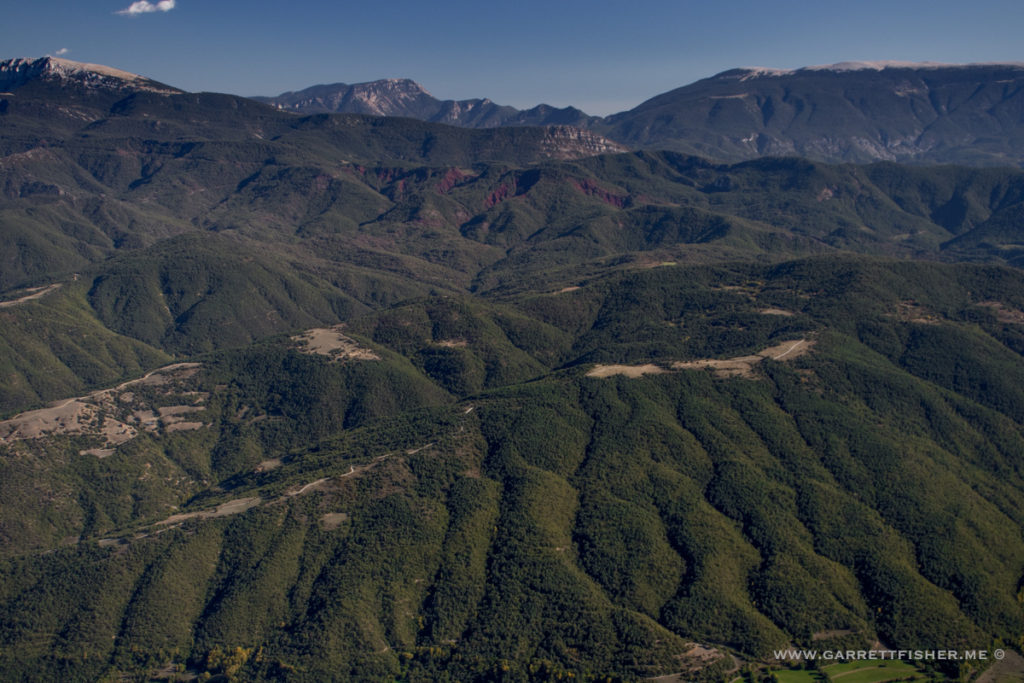 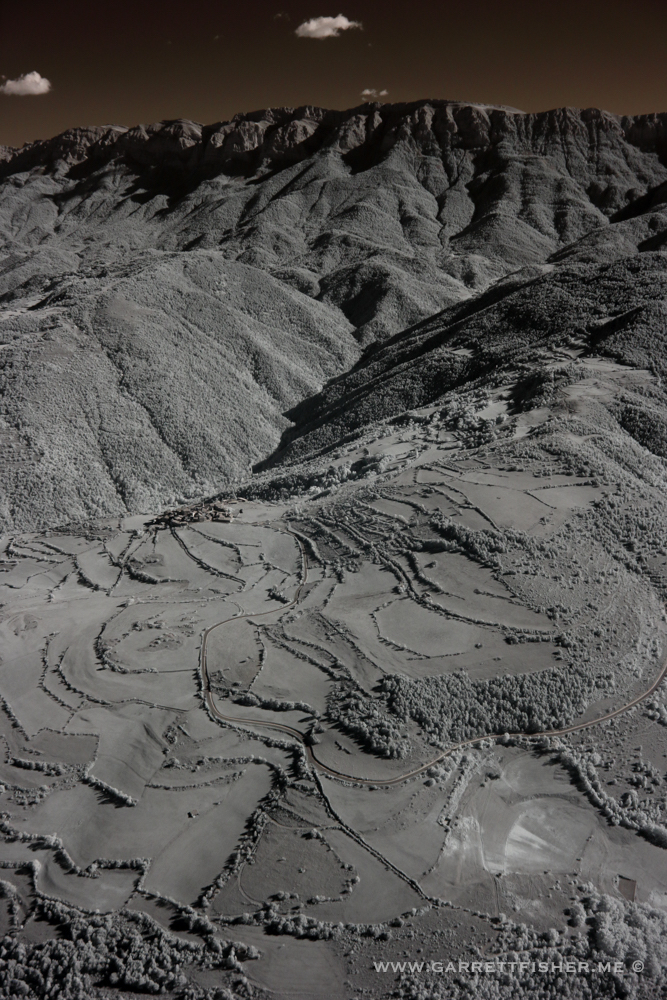