I am told that snow can happen all 12 months of the year in the Pyrenees. That is not an unreasonable assumption, as up until this particular event, I had actually seen it in 11 out of 12 months, even if it was a shred of a snowfall, on the north side of Puigmal, at 9,500 feet in July. Nonetheless, September remained the elusive number 12….until the mountains got slammed.

I am not sure how much fell in total at the peaks, though a week later, there is still some snow. With strong September sun and higher temperatures, coupled with my visual inspection from the airplane, I would estimate at least 10”/25cm above timberline. Snow levels did make their way down briefly to 6000’/1800m, enough to drive up to the ski parking lot and enjoy some lingering snow….while it rested on green leaves. As of this event last week, there was no fall color, though it is beginning to show.

Comparing this to last year, there was no snow at all in September 2016, much less any real fall color. According to my photograph archives, October 23rd was the autumn color peak at 1100m/3871’; it will be interesting to see how this year pans out.

As for the flight in question, I went up as soon as the steady rain abated, going straight to 10,000 feet, right into a mountain wave. Headwinds were extremely strong, and snow was blowing around on the summit (yes, I did a similar routine with our April snowfall), though this time it was kind of a non-event, as I have been playing in the waves more lately and nothing bad seems to happen.

After the waves, I headed toward Cadí-Moixeró, descending to skirt a cloud layer that was stuck in the foothills. As the rain came through from west to east, the ambient winds changed to the north, which means that they arc out of the east as they drain out of La Cerdanya. These clouds struggled to clear out initially, which afforded quite a mix of photography with a retreating front as a backdrop, September snow, fog below, and dramatic terrain in between. 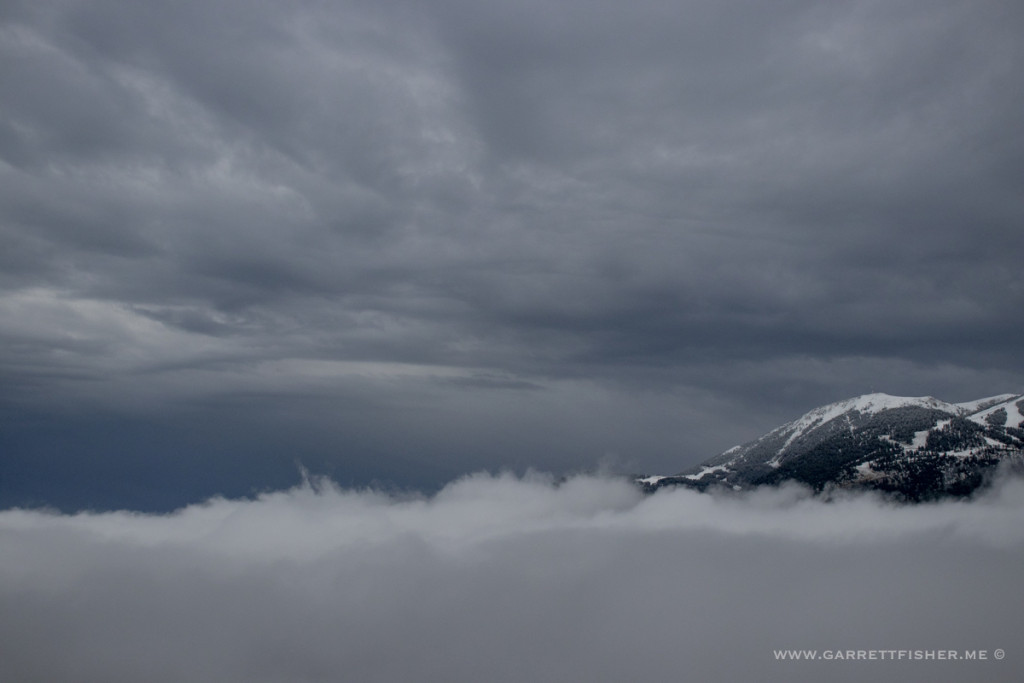 Pic Carlit (France), covered in snow, on the horizon. 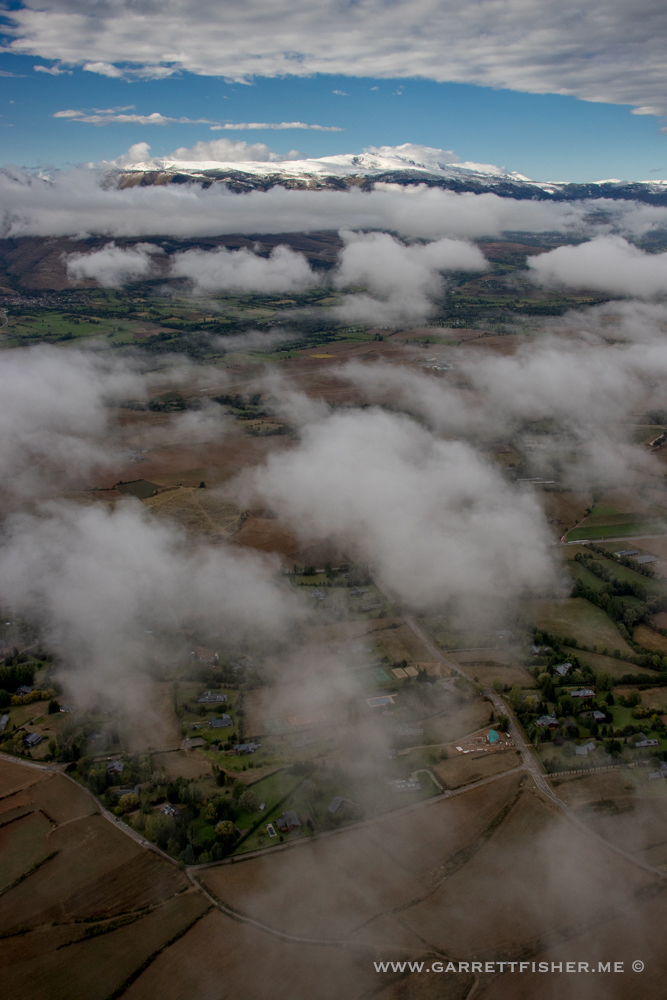 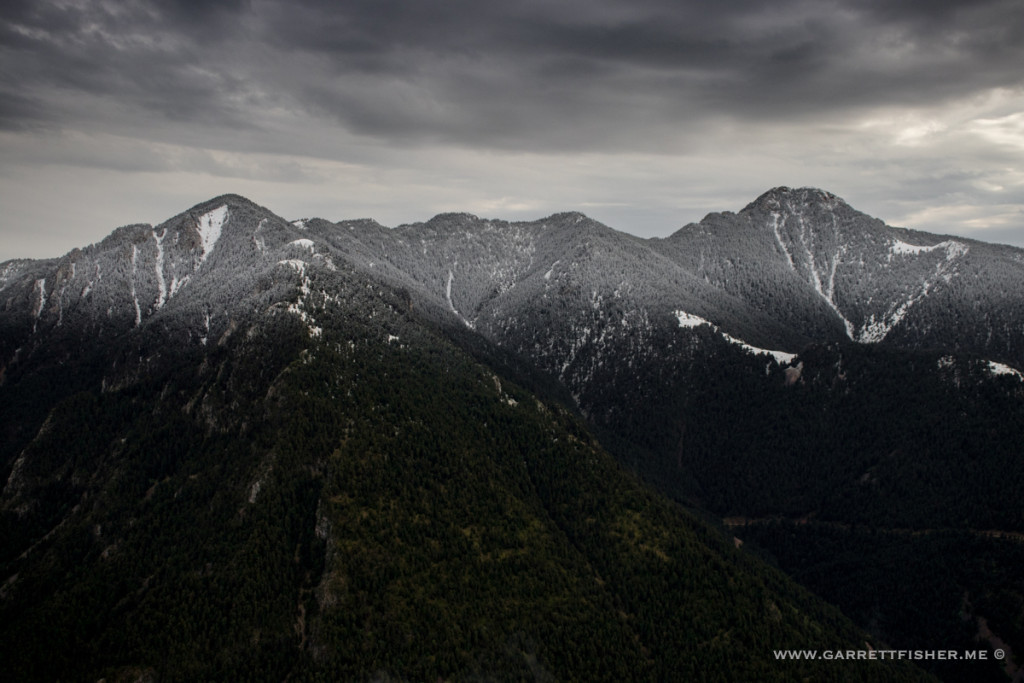 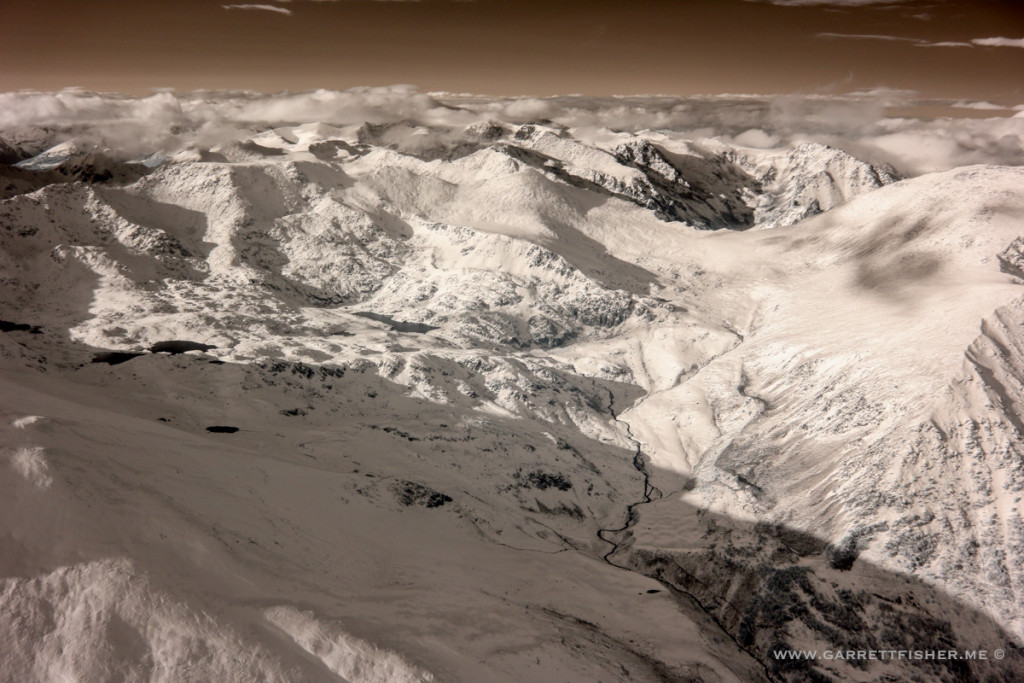 Above timberline, visible. What is this, December? 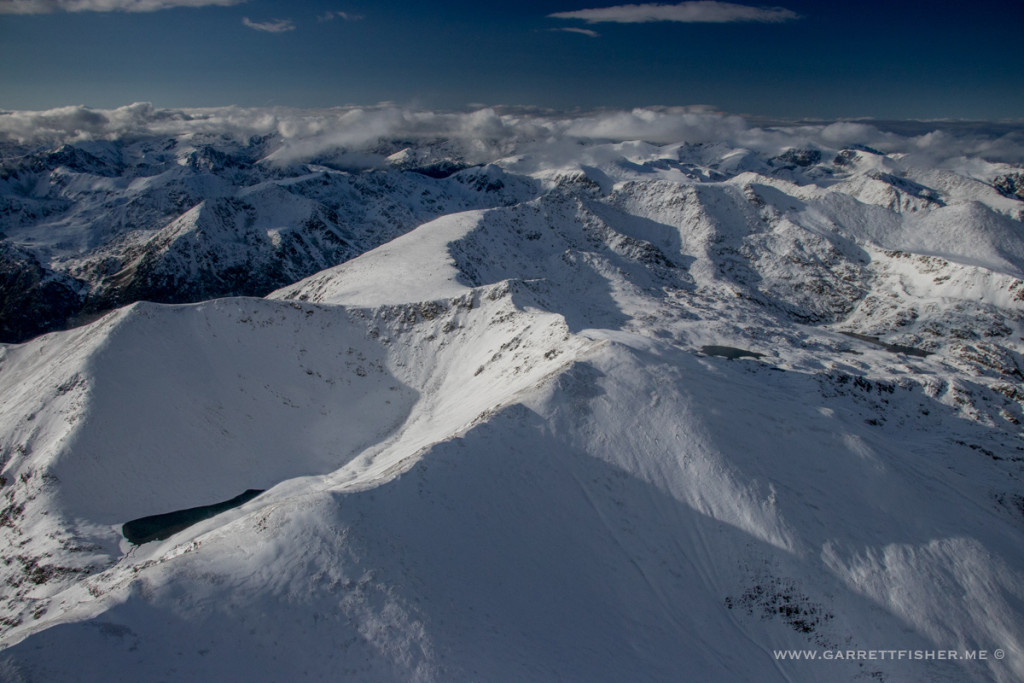 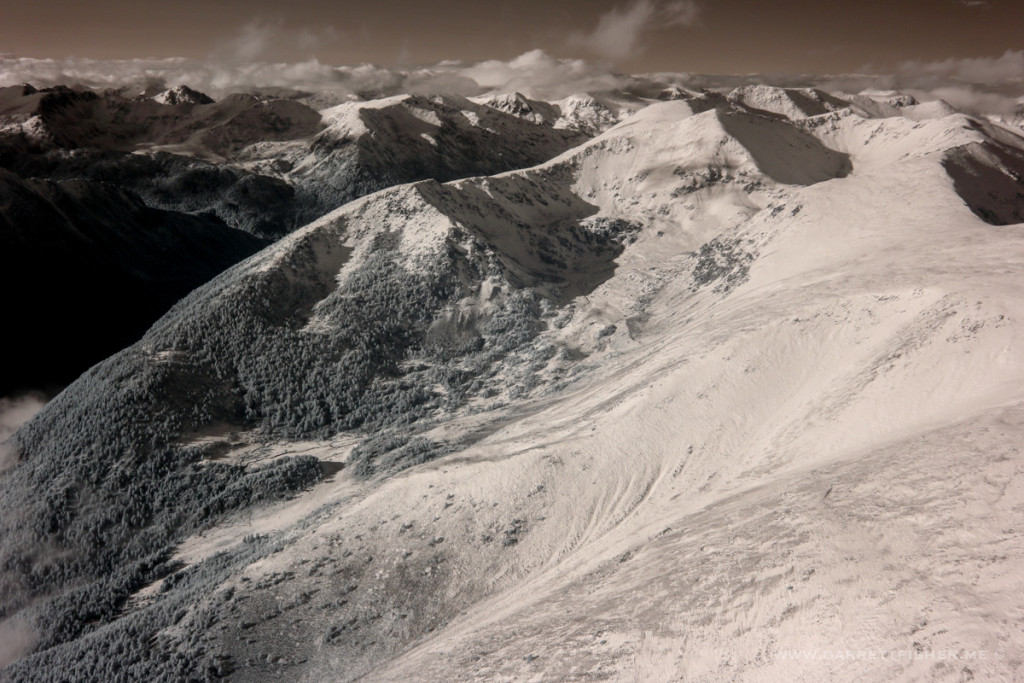 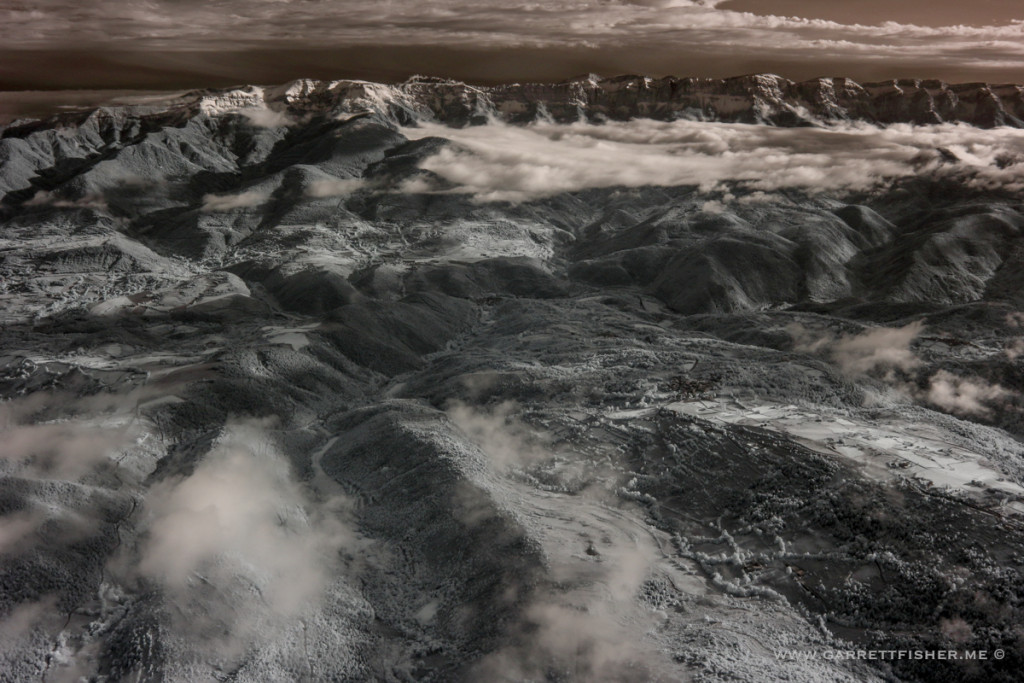 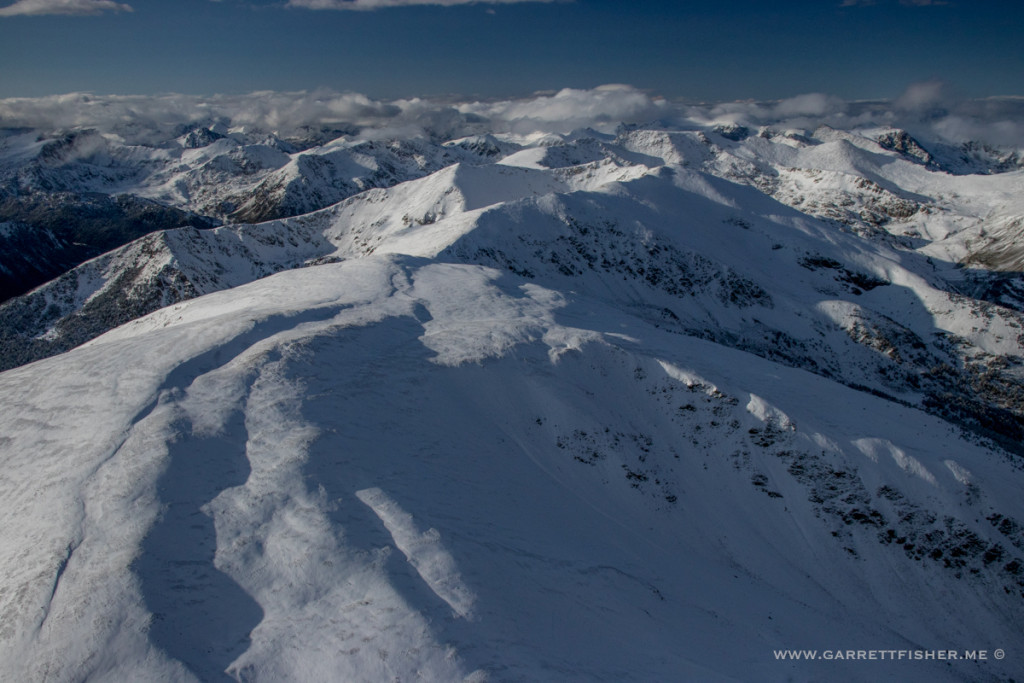 Infrared again. Its interesting to probe how IR shows up with snow. 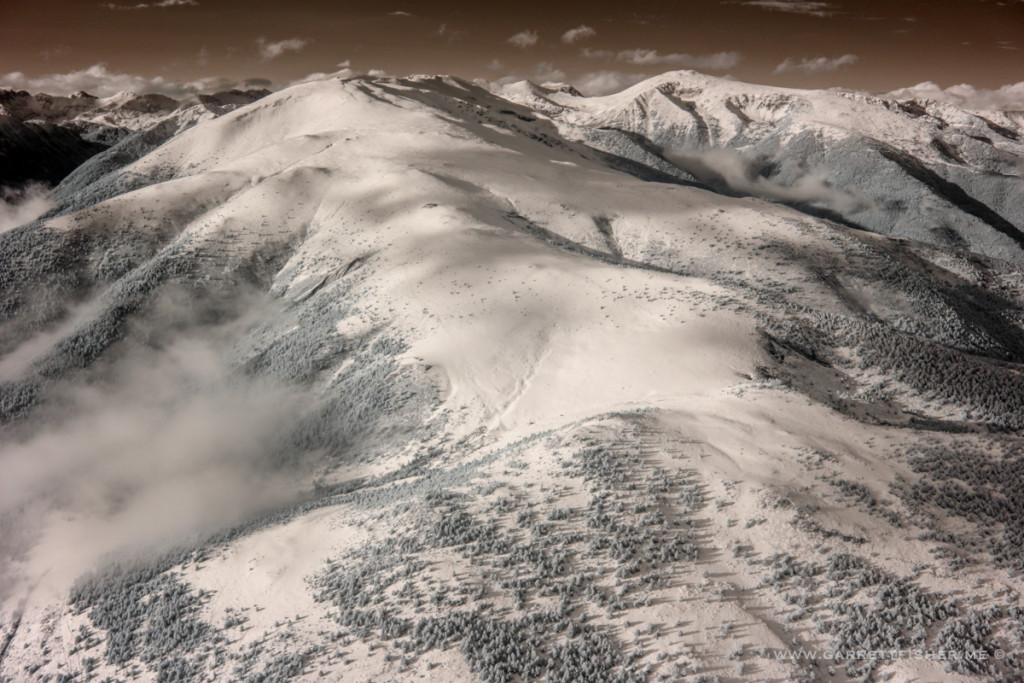 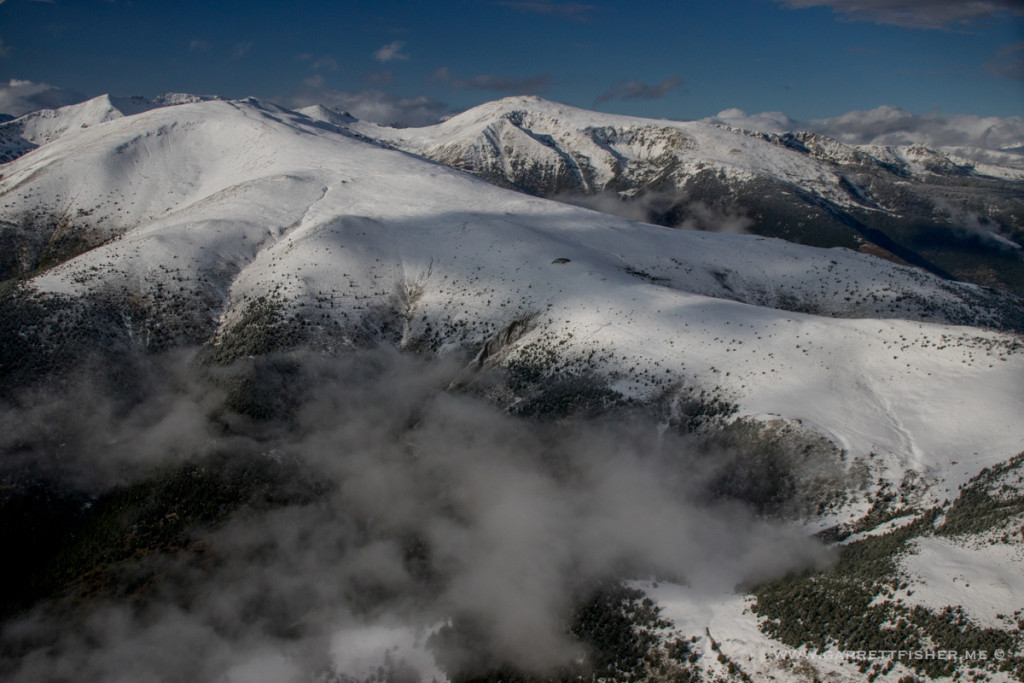 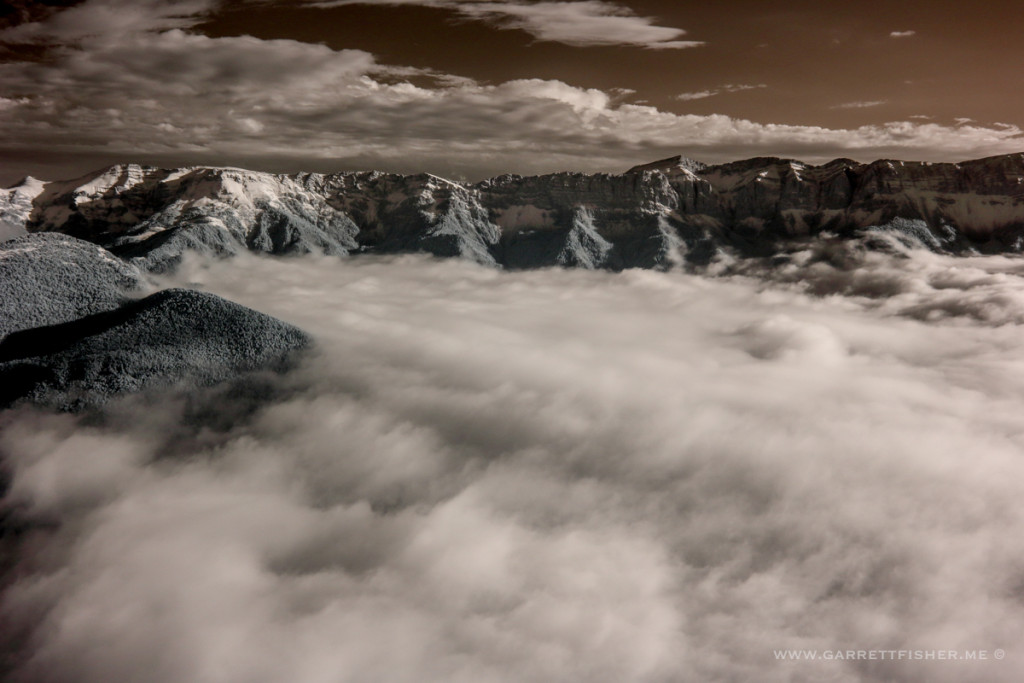 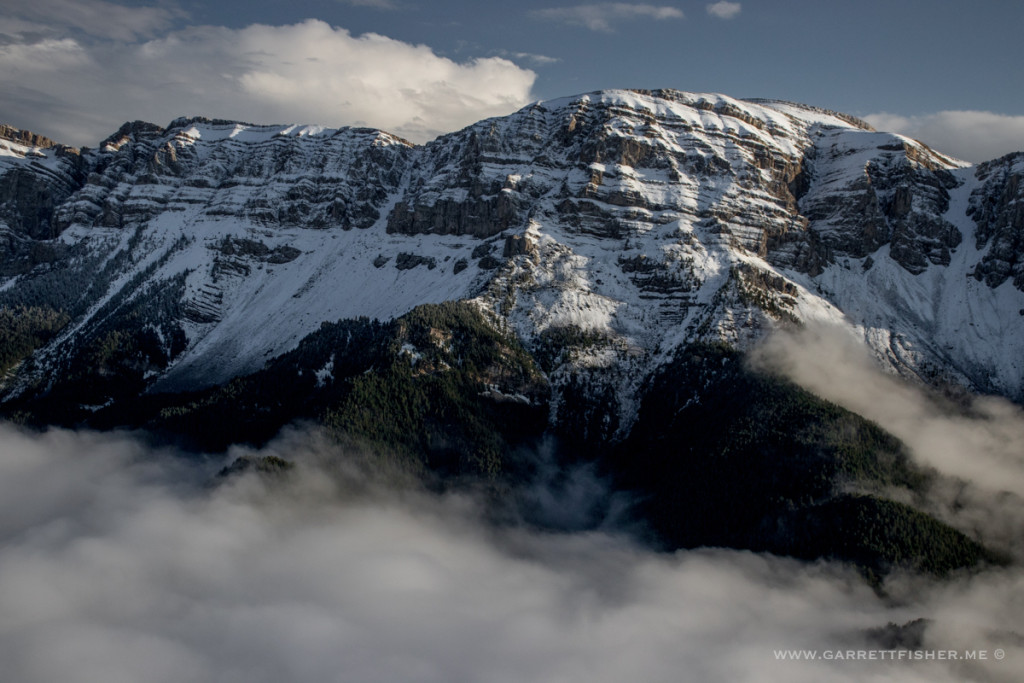 Penyes Altes, infrared (in B&W only), now with clouds that blew over to this side. 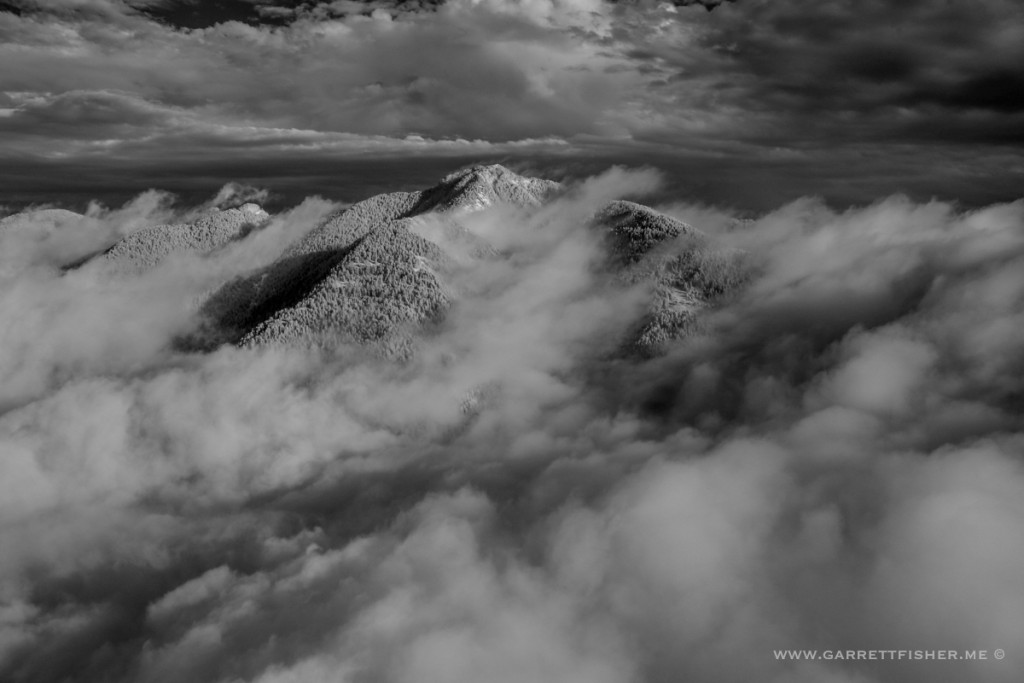 Moixeró, hiding in the clouds. Cumulo-granite, my favorite kind of cloud. 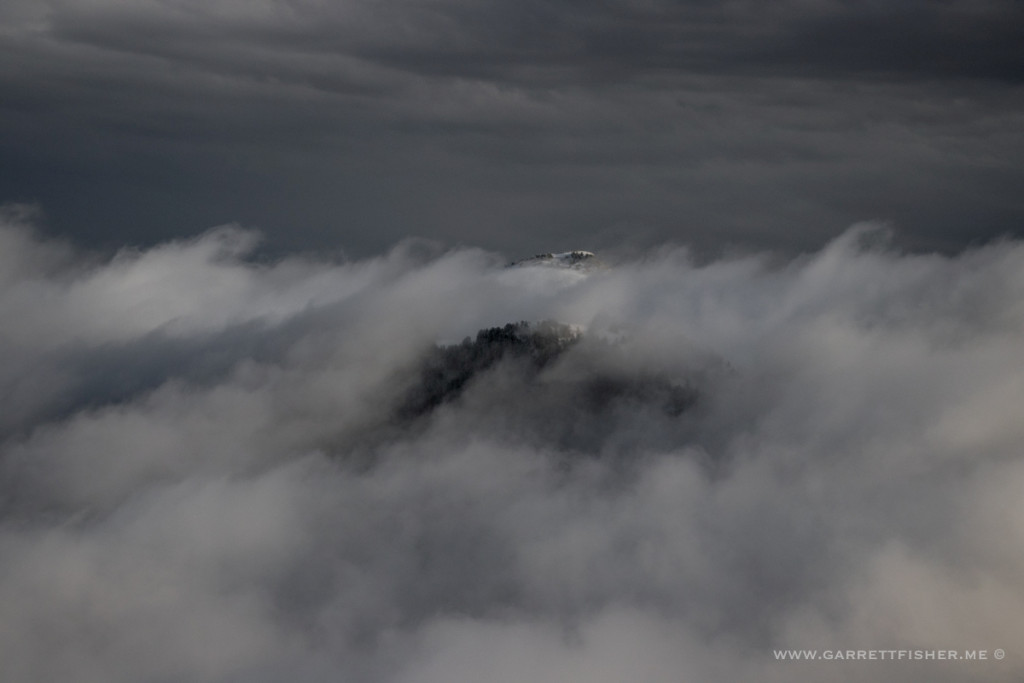 Penyes Altes again. Yawn. I wish this guy would actually put some decent quality photos on his ridiculous blog. Maybe a selfie by the airplane? 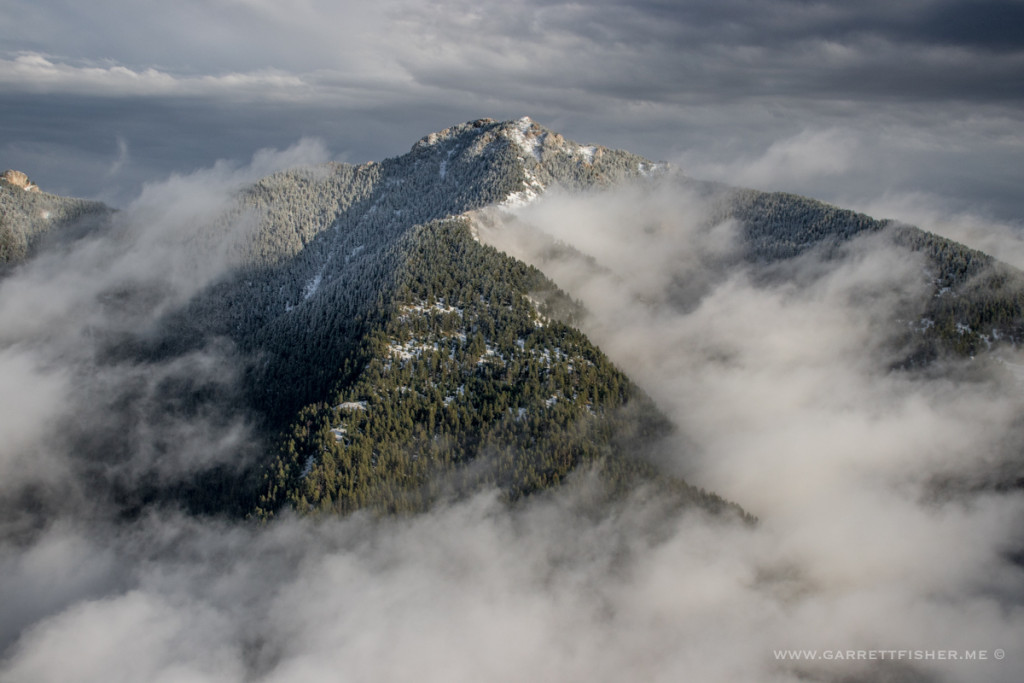 Not sure of the name of this peak, and I am putting more effort into publishing excuses than looking it up. The main point of the image is the cloud formation. 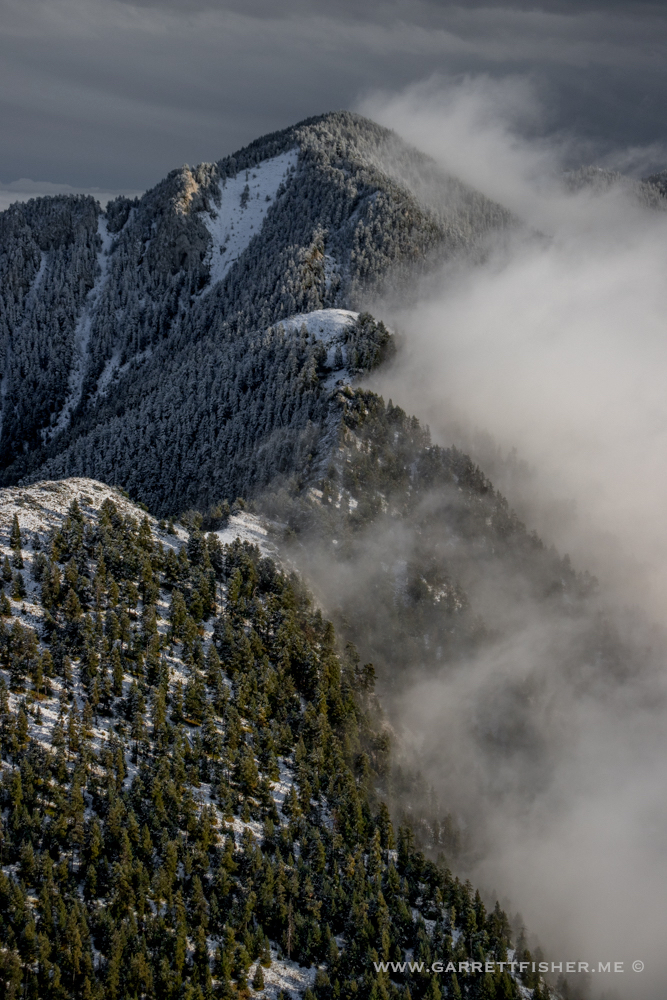