I have this strange issue where I won’t fly unless I come up with some sort of stated goal. Yes, I know, I am flying a Piper Cub, and for some reason I need a purpose that is more than just going flying. On this particular day, I had an itch to go up, though I didn’t want to go far, yet I wanted to look at something I hadn’t look at already….

I hatched a brilliant scheme, falling back on my days flying in Wyoming: why not go up at sunset? The Pyrenees would have soft, yellow light cast on them, and absolutely everything in the area would look different under those conditions. The plan worked quite well, with a fantastic surprise toward the end of the flight, as I discovered a glorious overcast inversion on the other side of the Cadí ridge, set against the harsh, dry, beautiful clear air that was on the Cerdanya side. This flight ranks as a classic ten out of ten, as imagery was fantastic, and it was just plain fun to wander around without having to think too hard. 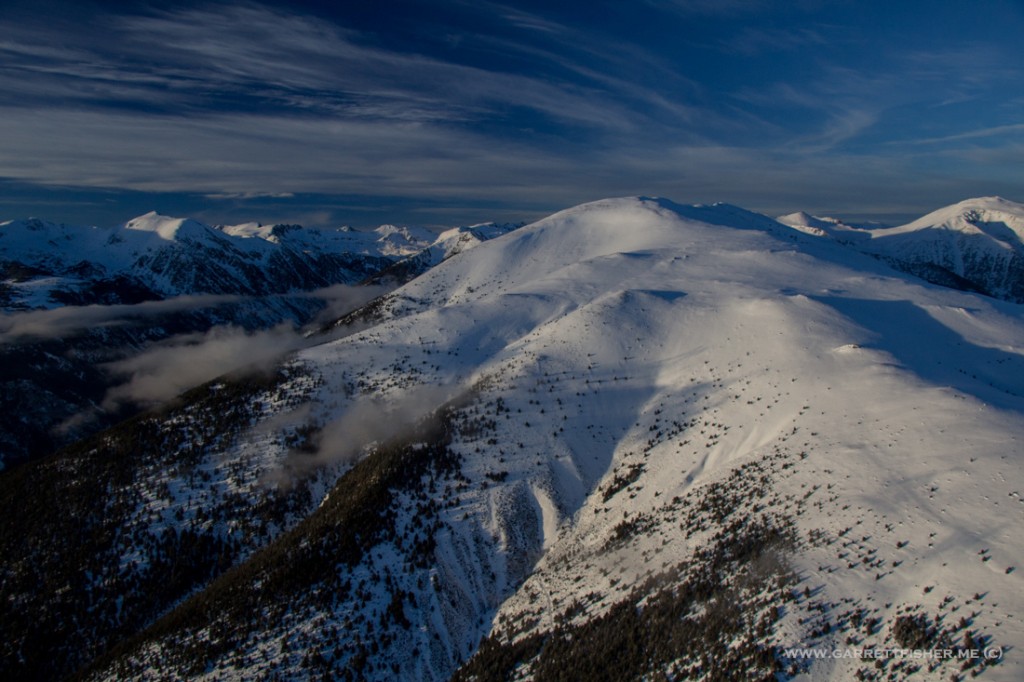 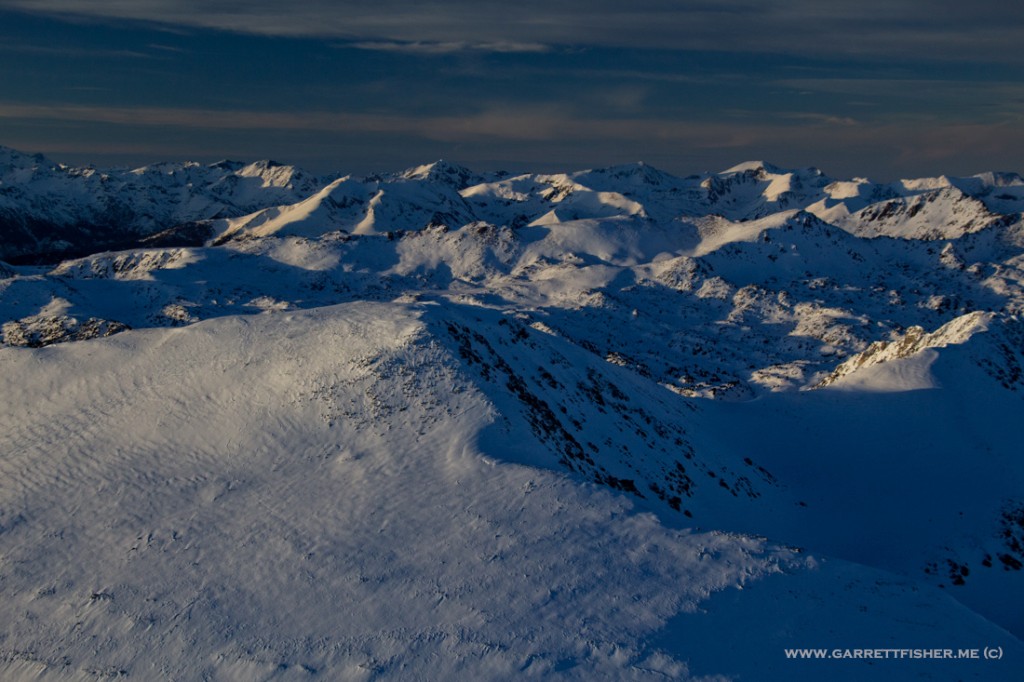 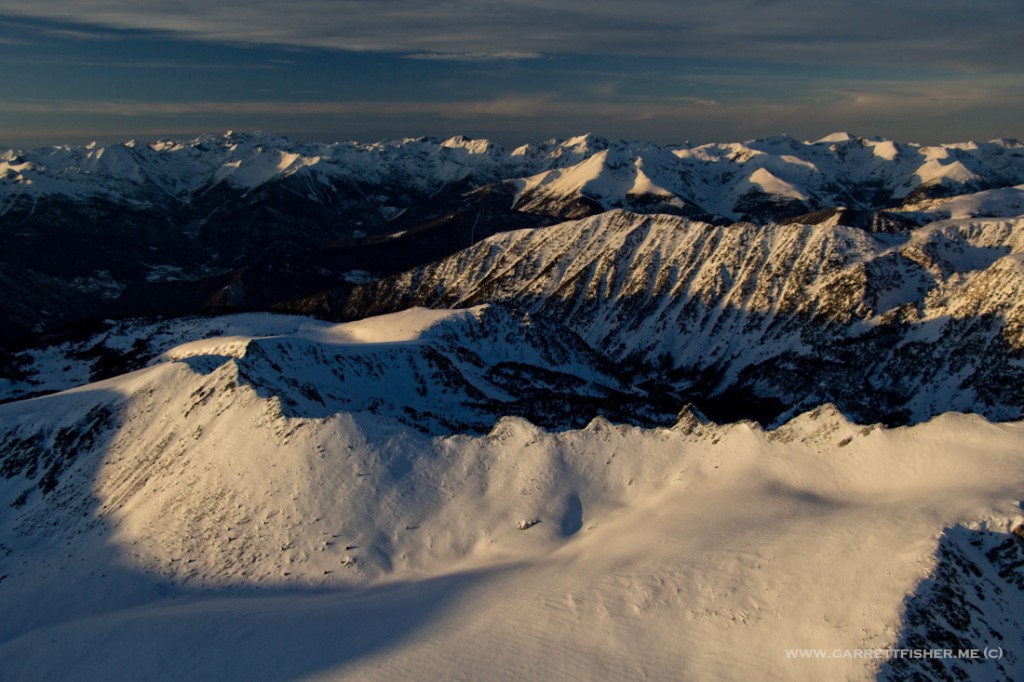 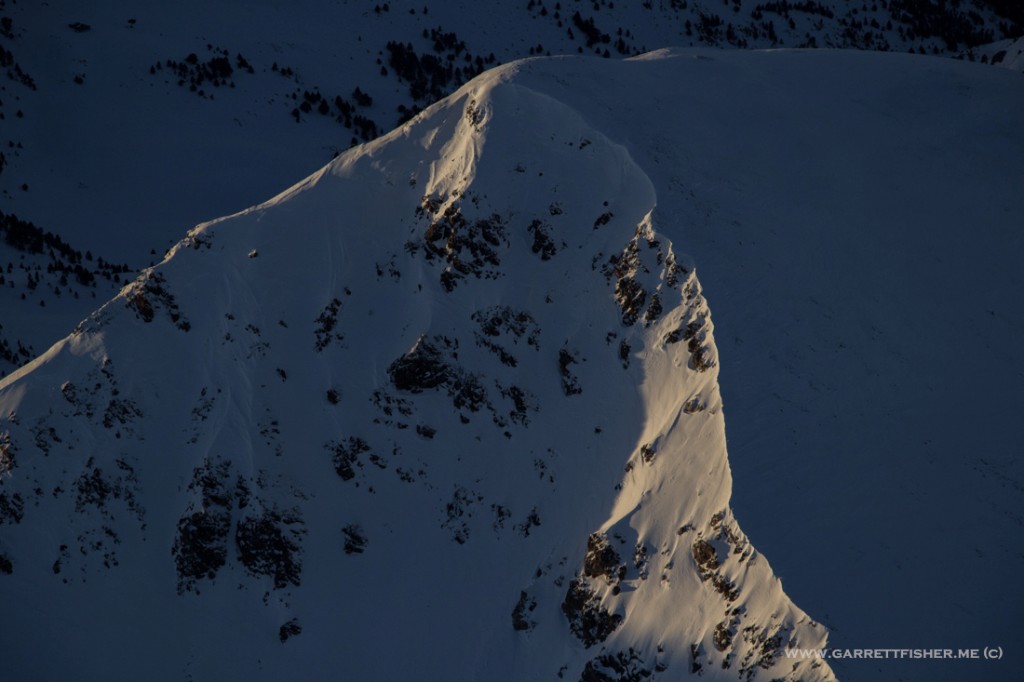 I would say “that damn inversion,” except its pretty this time! 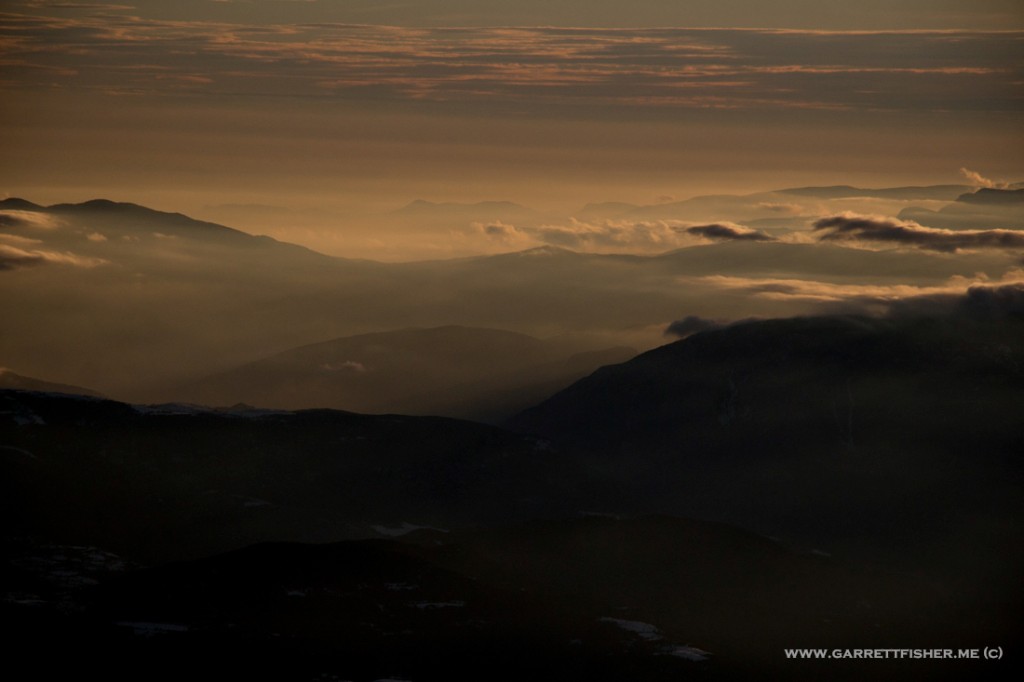 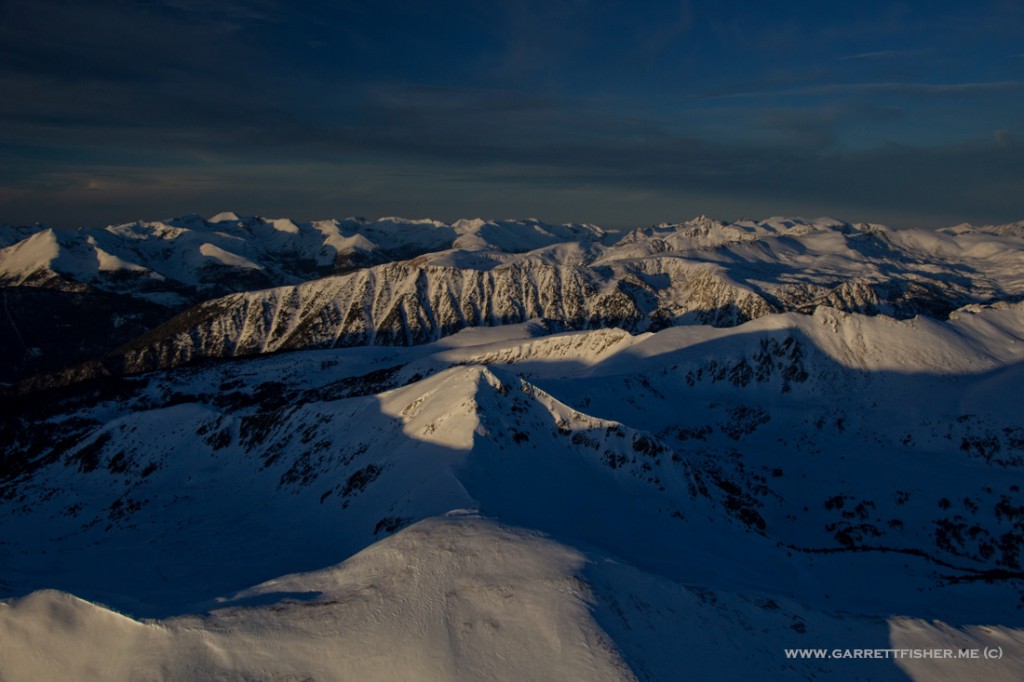 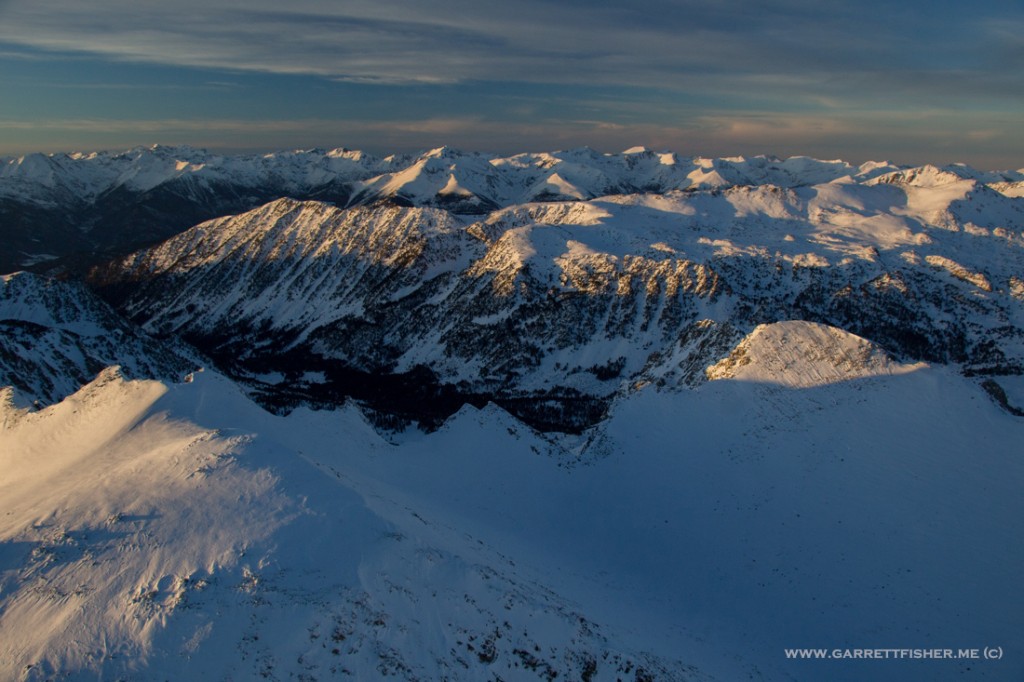 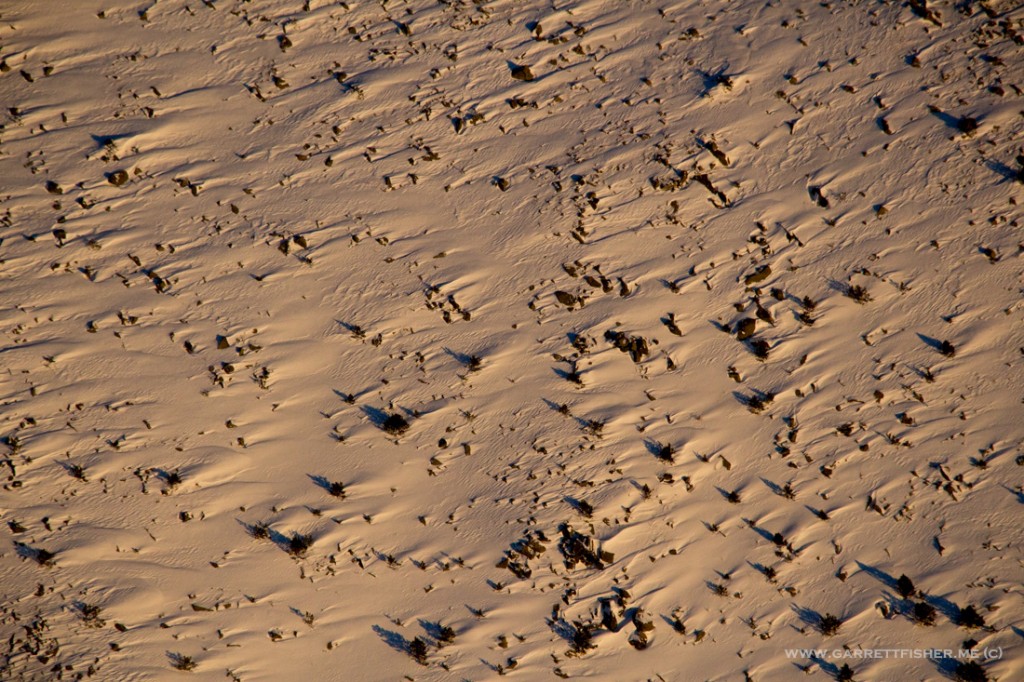 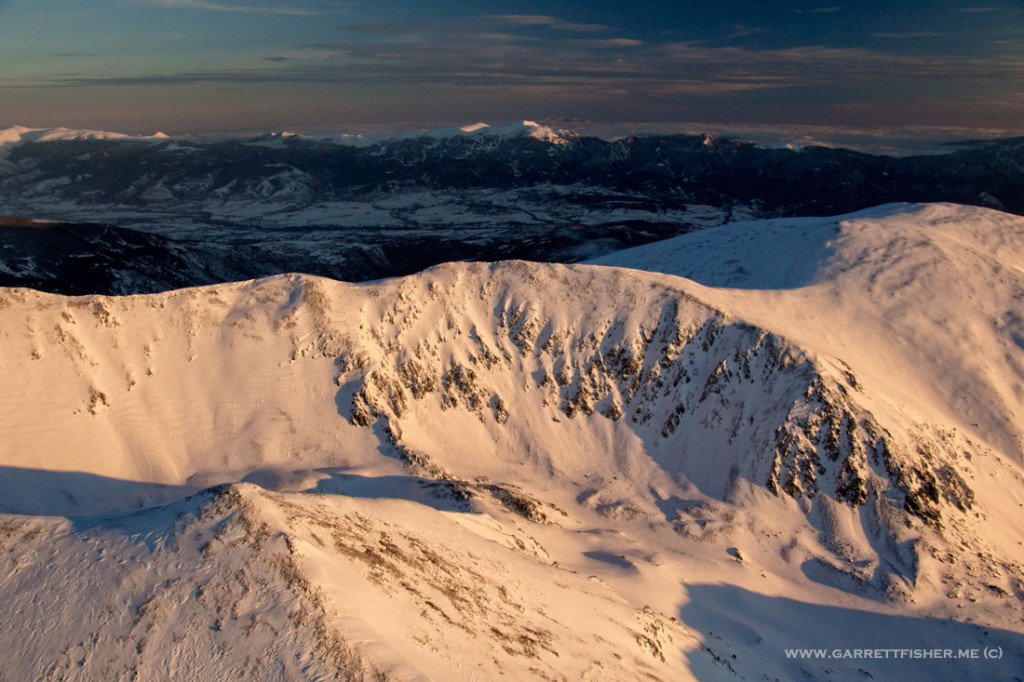 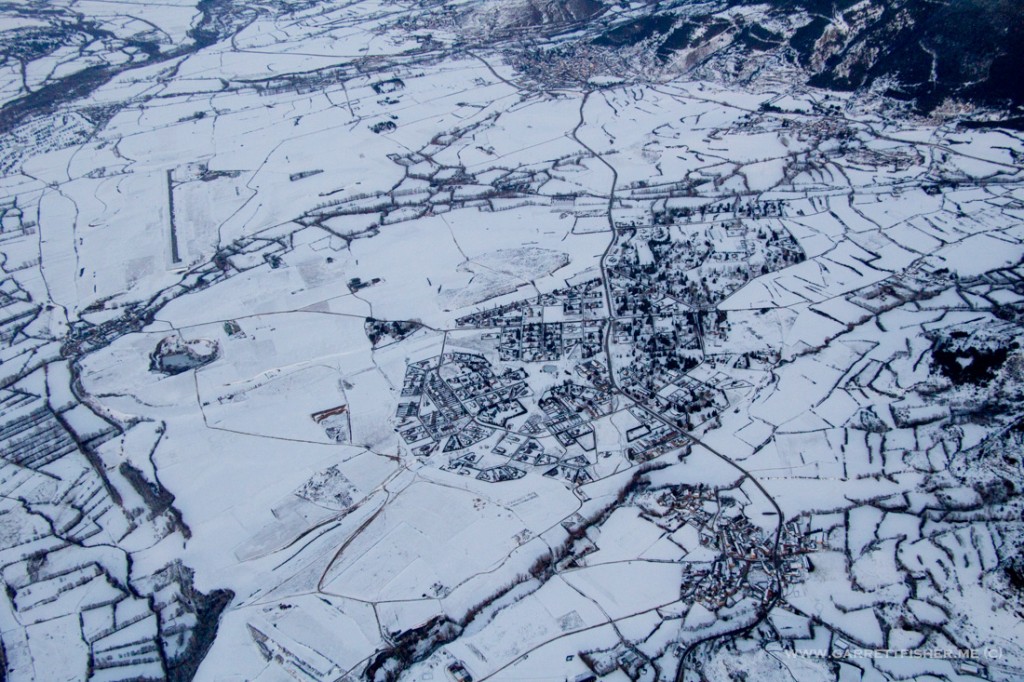 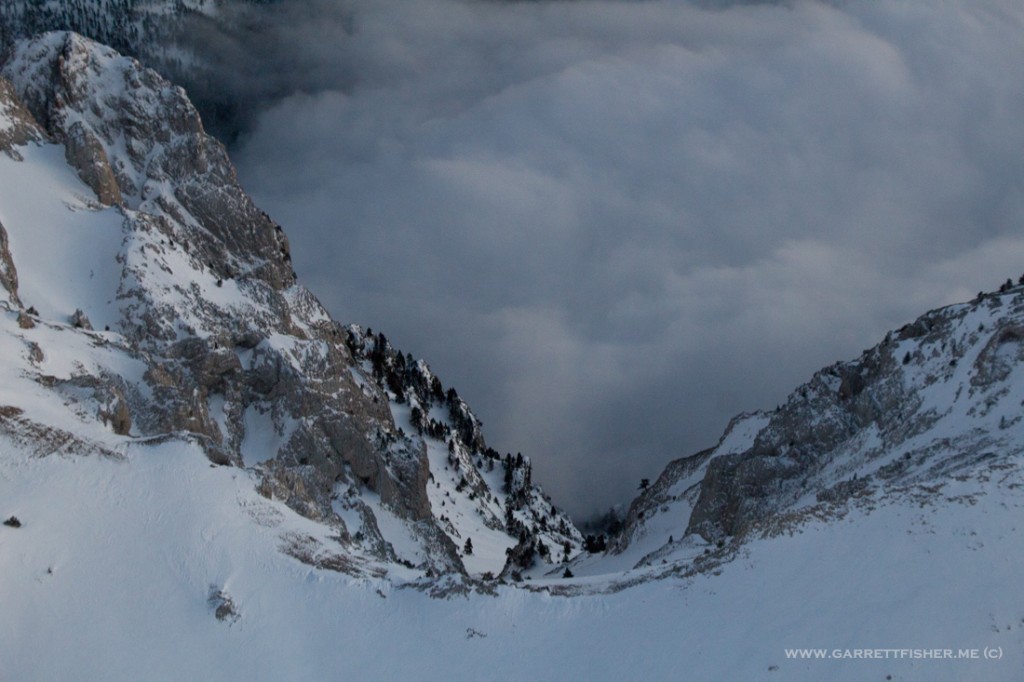 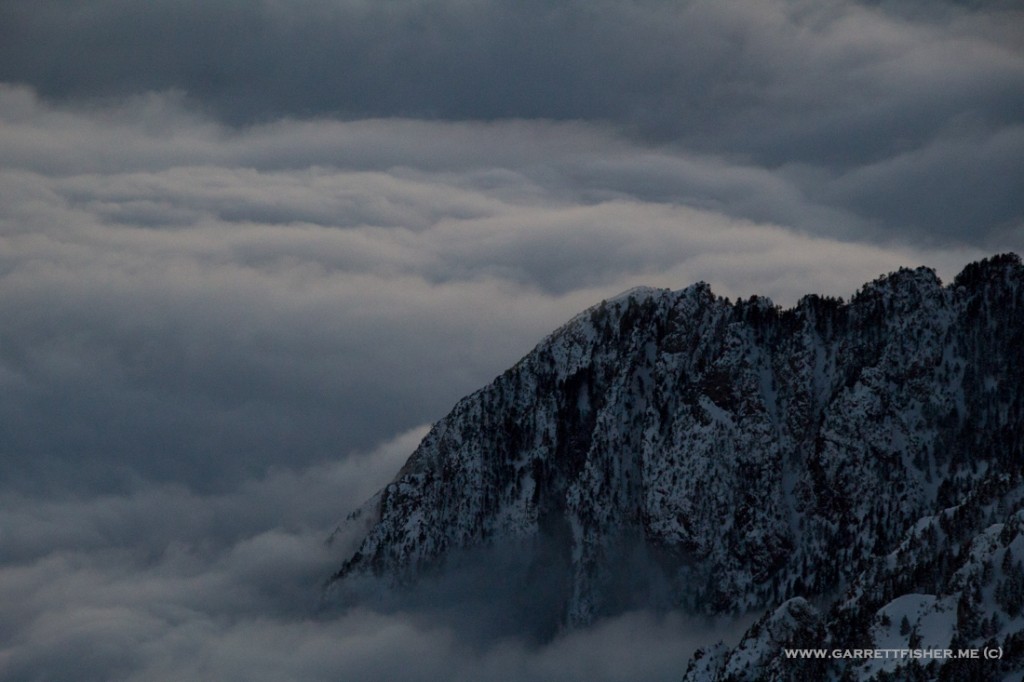 Montserrat. I feel like the thing is always watching…. 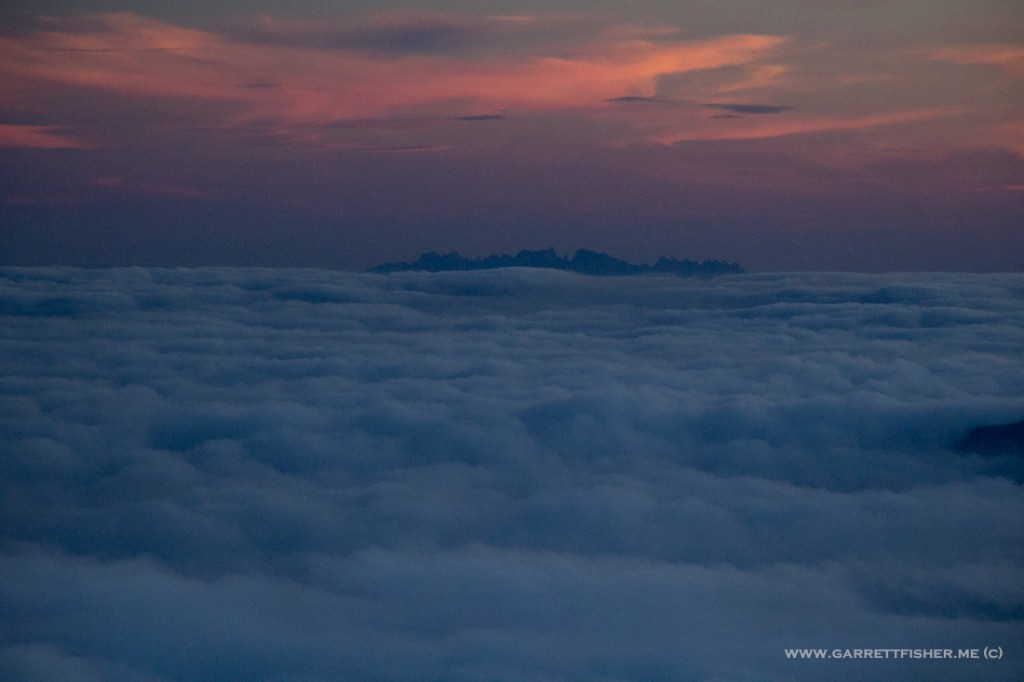 Sunset, with Pedraforca to the right.