It seems that a hazy framework of chronology takes precedence over the excitement of the present. Most of the time that makes sense, except when I write about “mountain snow in June” the following October…when it just snowed for the first time in the fall. It gets silly at that point.

I will thus deviate from my chronological fixative adherence and post something from a flight I took today. Yesterday, we had high temperatures in the low 50s at 3871’/1180m valley elevation with rain, with forecast snow levels of 5,905’/1800m. I initially believed it as possible when I read the forecast, though when I watched the rain fall all day and glanced at mountain weather stations and webcams, I wasn’t impressed with the chances of anything other than a summit-grazing snowfall.

Later in the day, webcams began showing snowfall at 2300m, and then 2100m. “Maybe,” I thought to myself as I monitored weather data, still showing -0.7C/31F at 2500m, thinking it wouldn’t likely be much as temperature is key to snow consistency and longevity.

Sure enough, by evening, the snow began to move east and the clouds partially cleared, showing snow down to the upper ski lot, and at what appeared to be 6500’ across the valley. Not only was it snow, it looked to be a decent amount! Sadly, I couldn’t get to the plane for a variety of reasons, including the following morning, until about mid-afternoon. Unlike most early and late season snowfalls, it hadn’t melted entirely, though the bottom 1000’ of snow was gone by the time I got up there.

The range to the east, closer to the Mediterranean, seems to have gotten a heavier coating, as the snow still by nightfall was covered like it was January. Radar showed that the storm was stronger 20 miles east as the cold air came in, so the French got the better of the snow, in a reversion from that which is climatologically normal around here.

While this isn’t your everyday occurrence, I have seen snow on the ground somewhere in La Cerdanya in every calendar month of the year. Locals say it’s not abnormal, yet frequency of occurrence can be quite low. Oddly, in the Rockies of the US, where elevations are higher, oceans farther away, and air drier (thus losing more thermal value at night), snowfalls of this magnitude to elevations this low are by all means not normal during summer and can be rather exceptional if they happen at all. Yet, when winter comes, the Rockies get slammed with snow and cold, whereas the snow and cold here is sort of a temperate mistress, a mix of weather one would find in Virginia with occasional bouts of alpine severity. In fact, looking at a GFS model interpretation of Europe for this storm, it showed snow depths in the Pyrenees, Alps, and highest two degrees of latitude in Norway, Sweden, Finland, and Russia as being the same. In effect, what was happening on the Arctic Ocean in Norway was the same as 9,500’ in Spain, at least for this particular storm.

Andorra. I got a kind text on my phone when I landed, indicating that, despite being over Spanish territory, I had connected to an Andorran tower. That meant a €15/$16.92 roaming charge for the day as Andorra is not in the EU. Had I shut the phone off, then there would be little tracking of my whereabouts if I did finally crater into a mountainside. 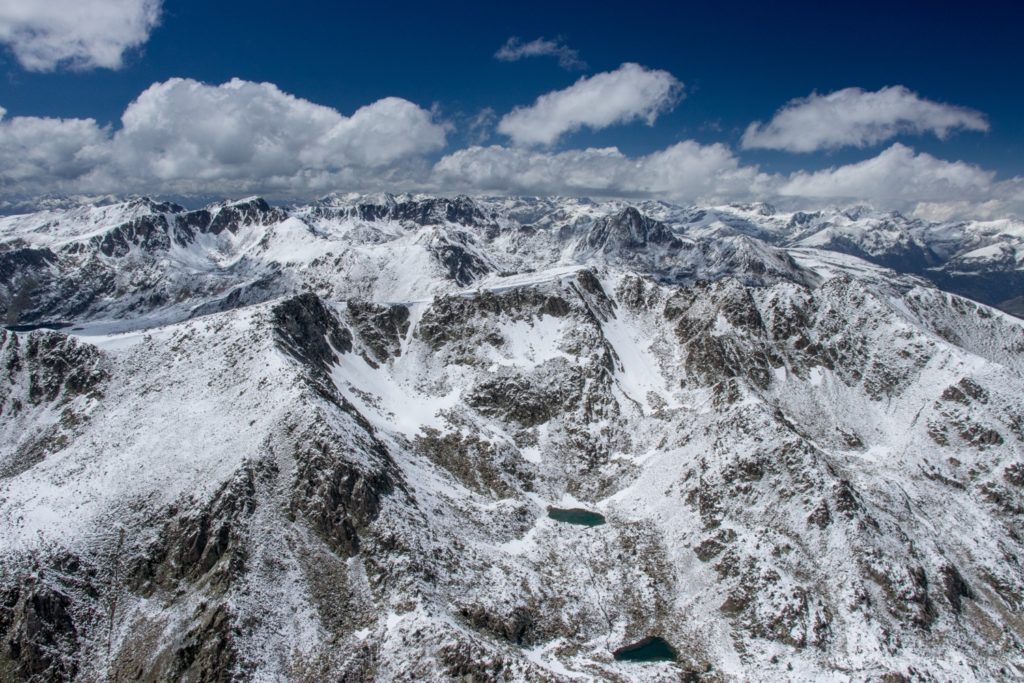 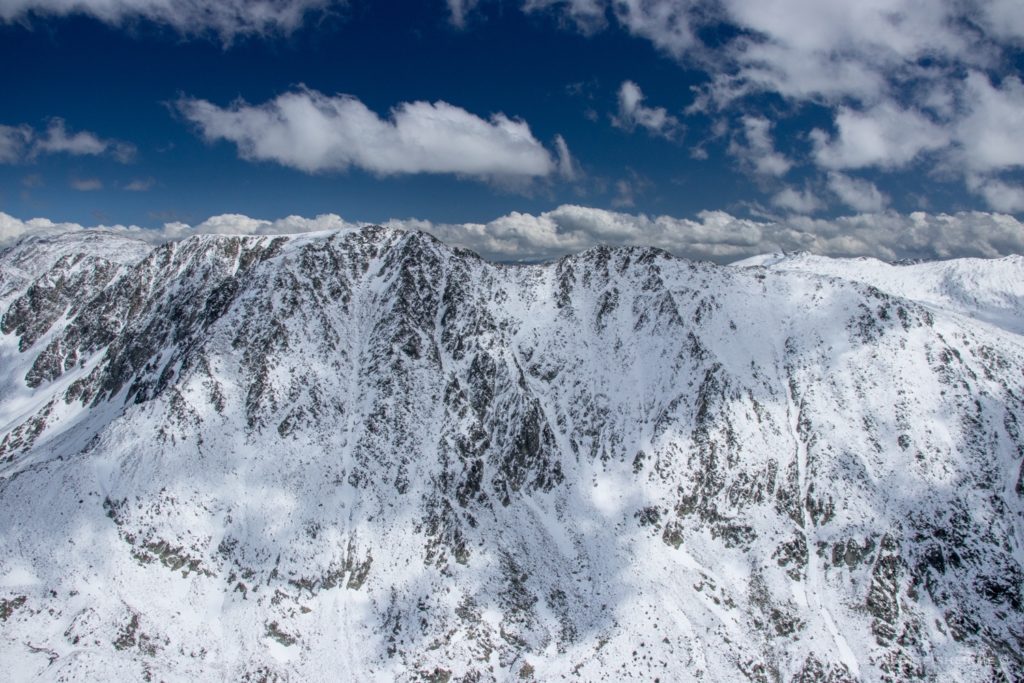 In the foreground one can see residual snowdrift/snowpack from the winter. The rest is fresh snow, with the indications of a river being snowmelt. 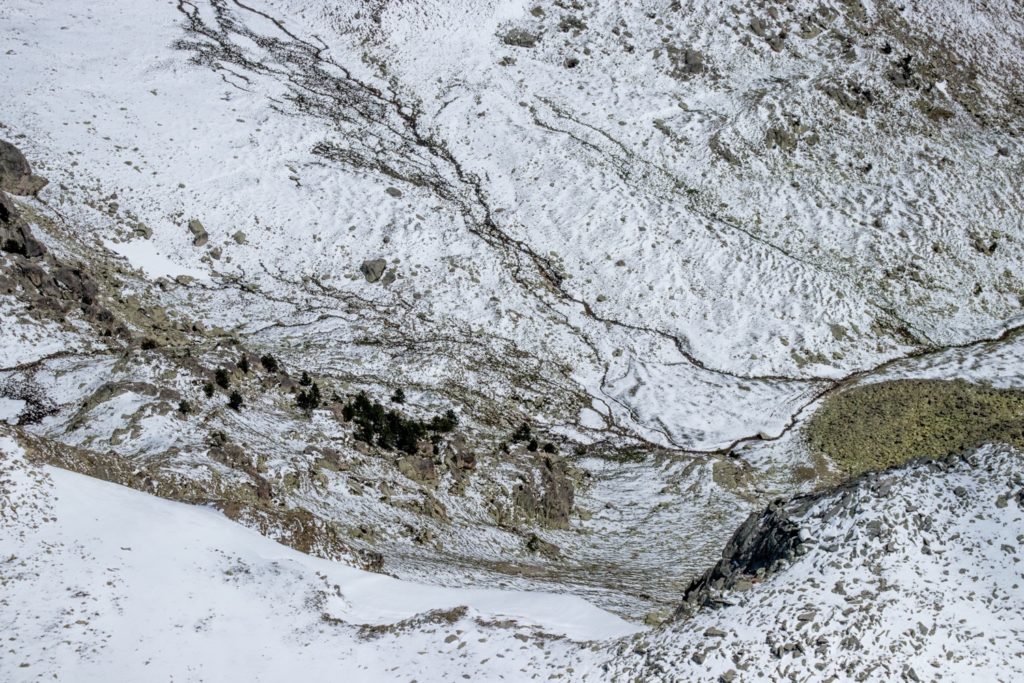 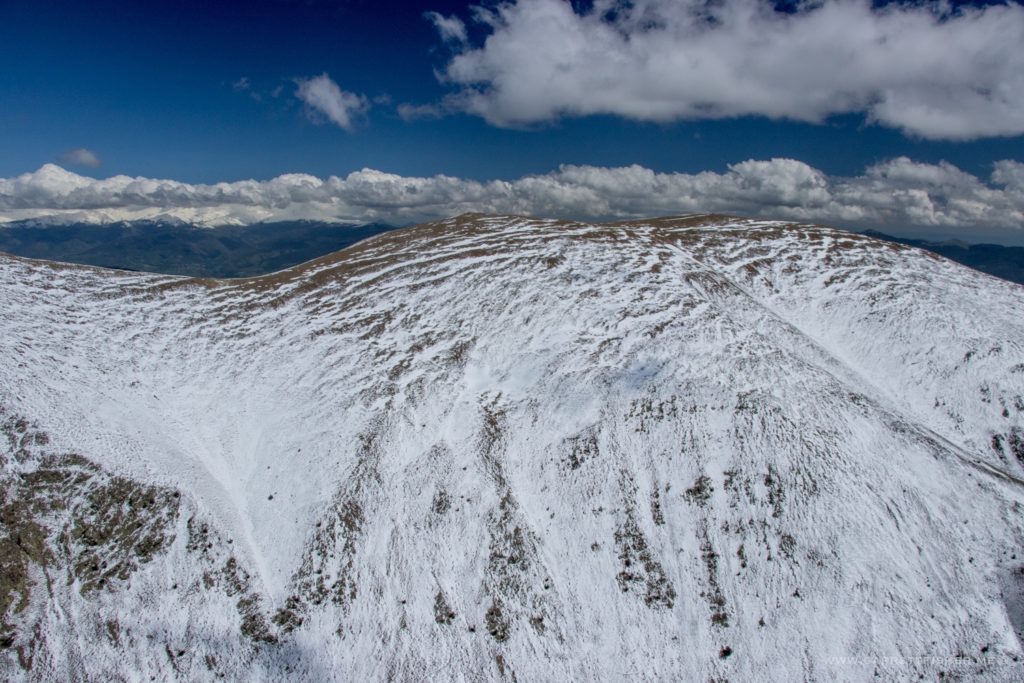 Note the brown grass above, and slight green below. It is brown this time of year due to cold. It will turn green, then all of it golden due to summer dryness, before turning brown due to cold again. In this section of the Pyrenees, the green doesn’t last long. 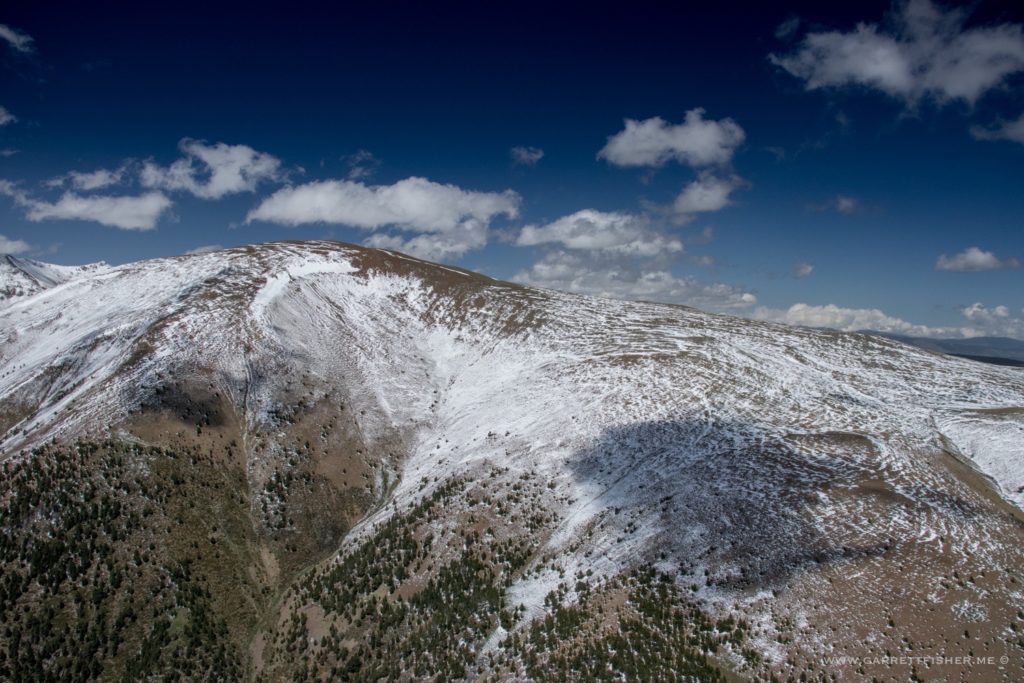 La Cerdanya. Ski hill is snow covered on the right horizon. French range with extra snow is just beneath the clouds on the left horizon. 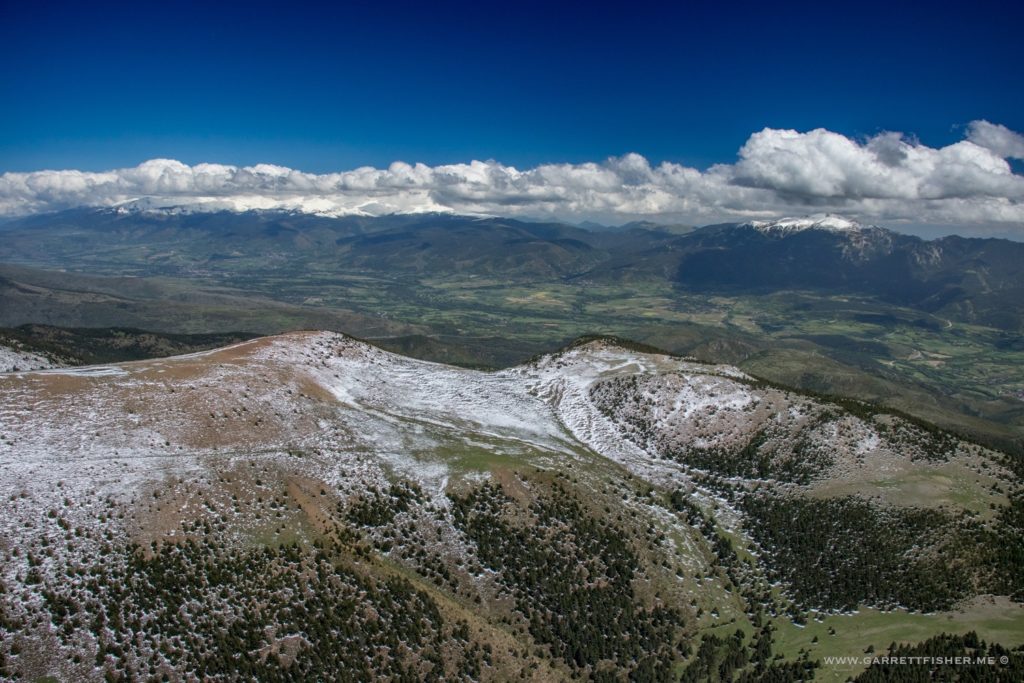 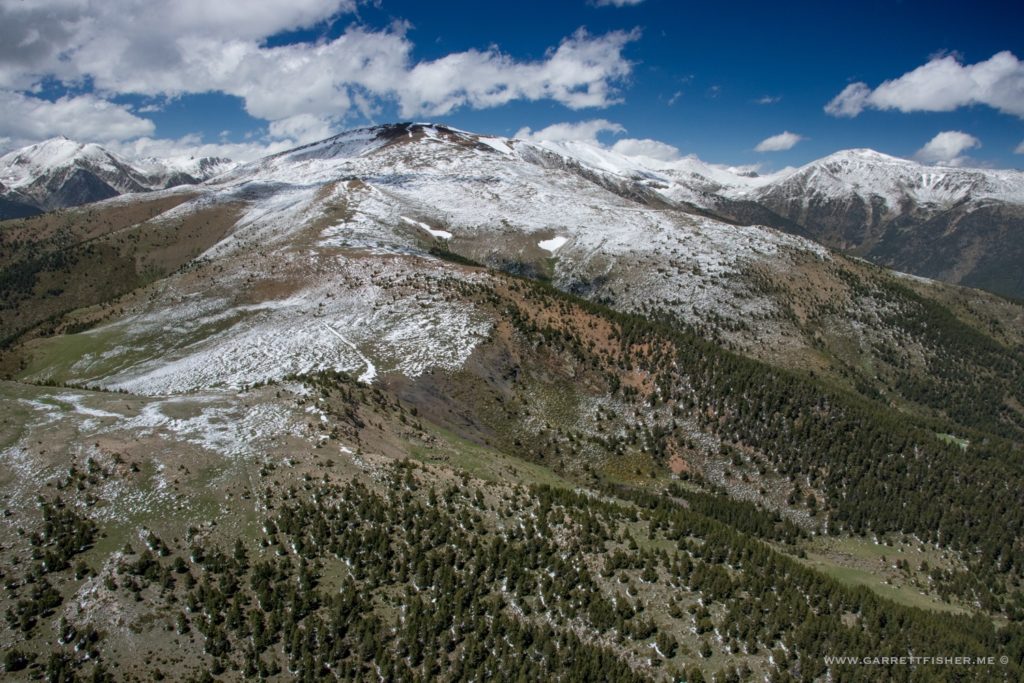 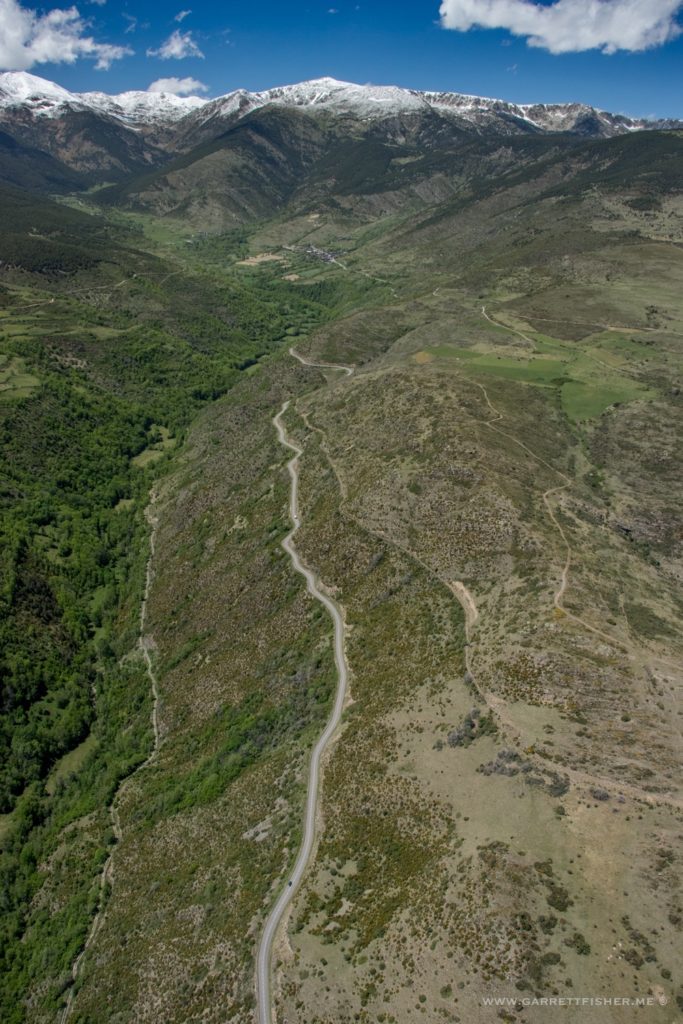 Puigcerdà. Its all green now though it won’t last. Much like the Intermountain West, it will progressively turn mostly brown, with certain agricultural operations remaining green depending on how it is managed. Like the US West, even if a bunch of rain falls midsummer, it will still turn color as it won’t be enough. 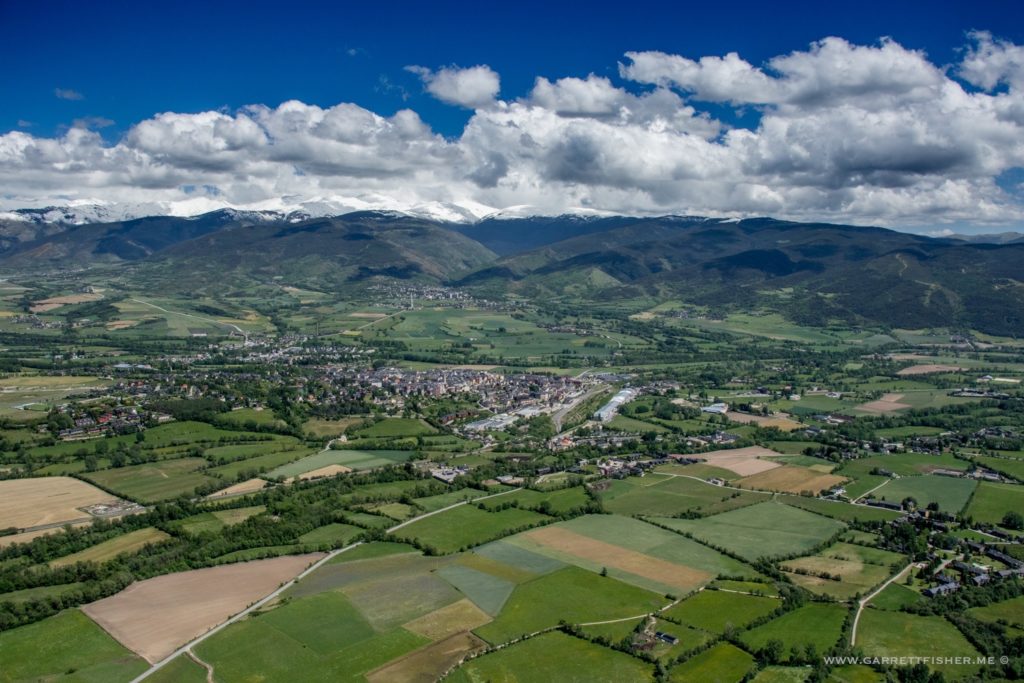