I seem to keep filing the latest increase in the presence of winter as the first “real” snow. The problem is, I have been presenting multiple iterations of the “first” snow in the Pyrenees, dating back to the first one in mid-October. It’s time to give up the “first” bit, even though it feels like it every time.

This particular event involved higher elevations getting slammed with snow with mid elevations getting a good dose. The valley missed out, though the sheer quantity that was visible from the airplane, particularly along the Andorra-France border, was rather remarkable. I would estimate three feet at the peaks, with less as elevation descends, and also less depending on the particular configuration of terrain relative to lift and incoming moisture.

The first half of the flight (Masella, Cadí-Moixeró, Pedraforca) was fantastic. The second half (Andorra, hardcore Pyrenees) had me wondering if I was on crack, as the terrain seemed a bit extreme. Don’t worry, I flew there again a few days ago, in crazier terrain, with more wind, and a hell of a lot more snow, and it seemed fine. I guess tossing snowshoes in the back in the event of an emergency landing in the backcountry makes all perception of risk disappear. 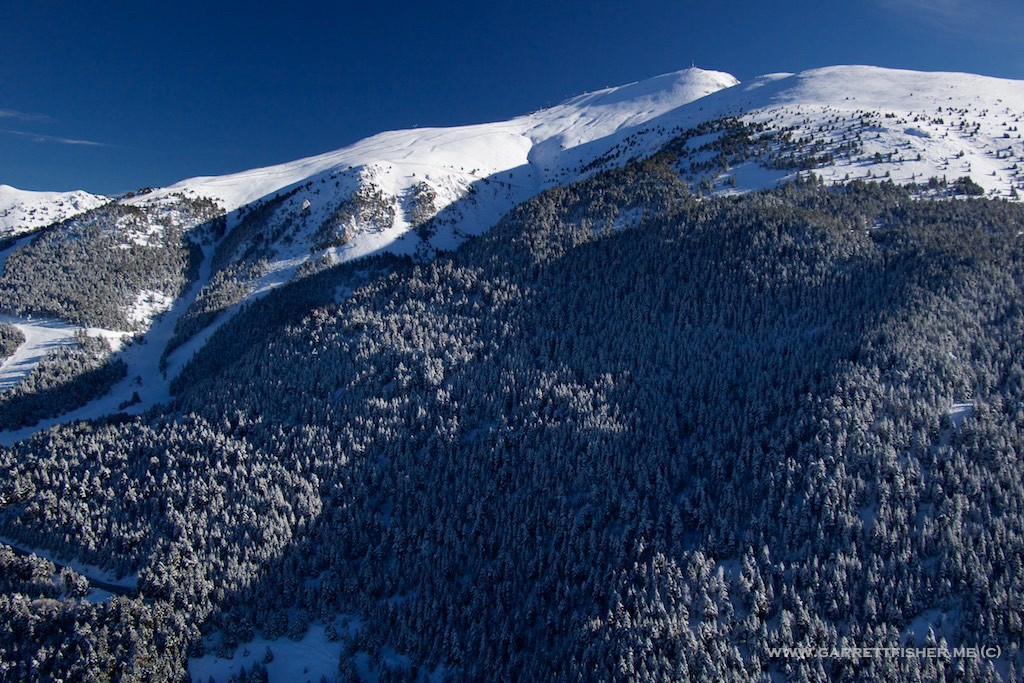 Snow drifts on Tosa d’Alp Mountain (same mountain that La Masella is on). 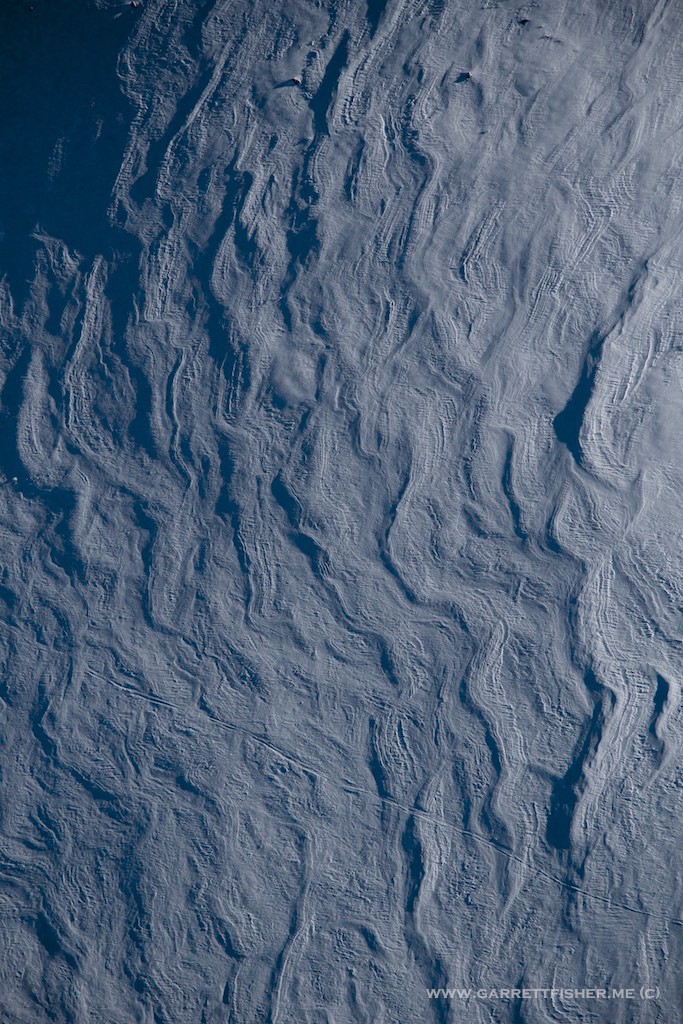 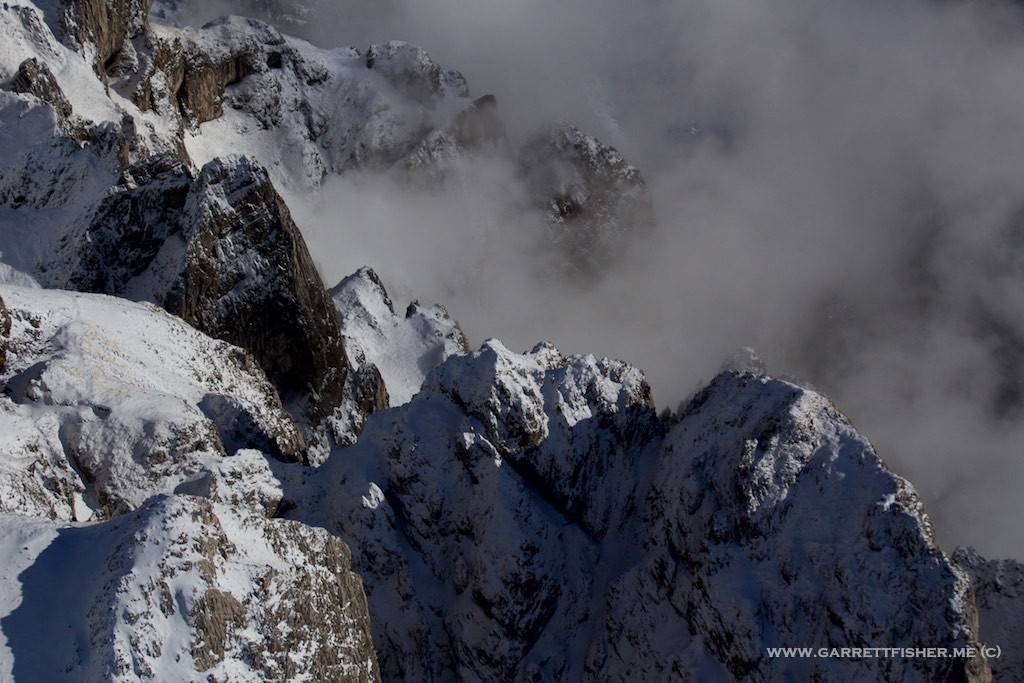 Cadí Tunnel. While the highway is pretty in this photograph, that bastard costs €11.64 each way. 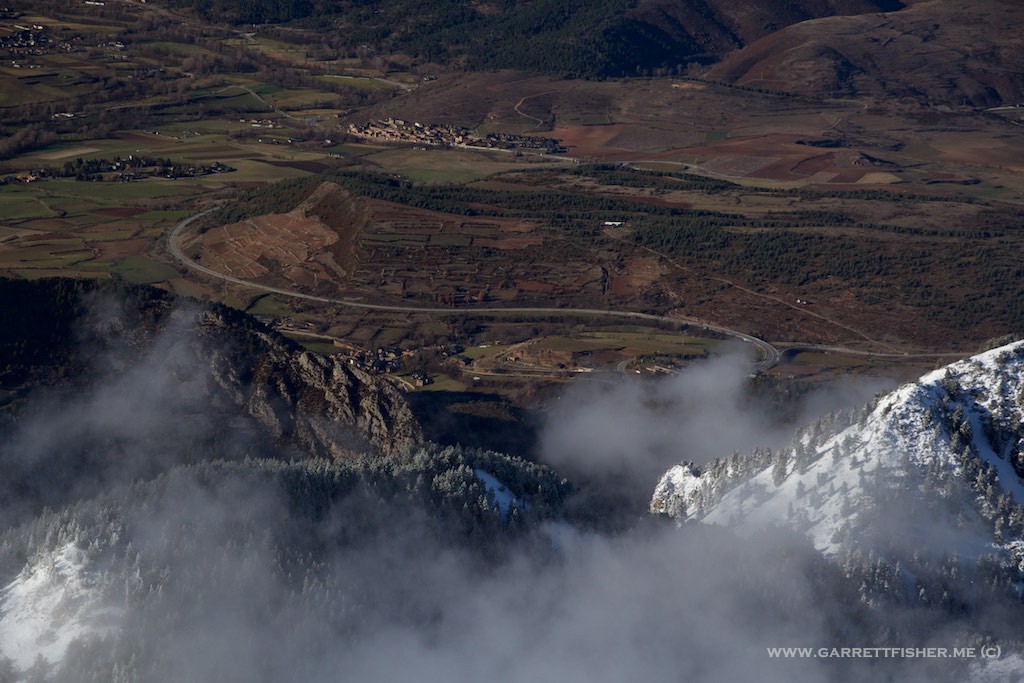 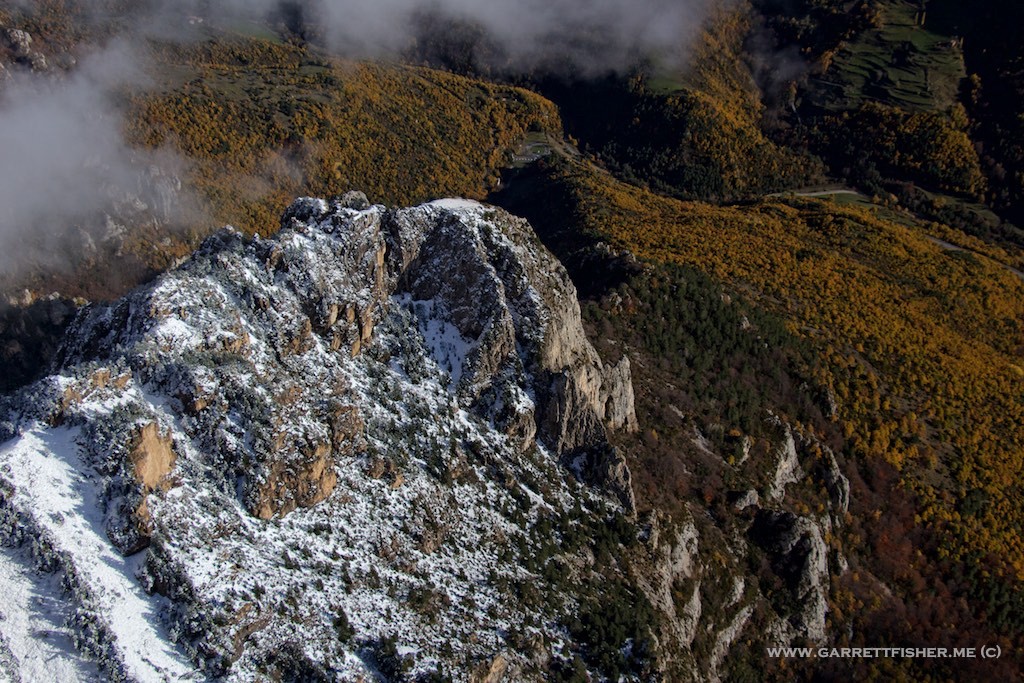 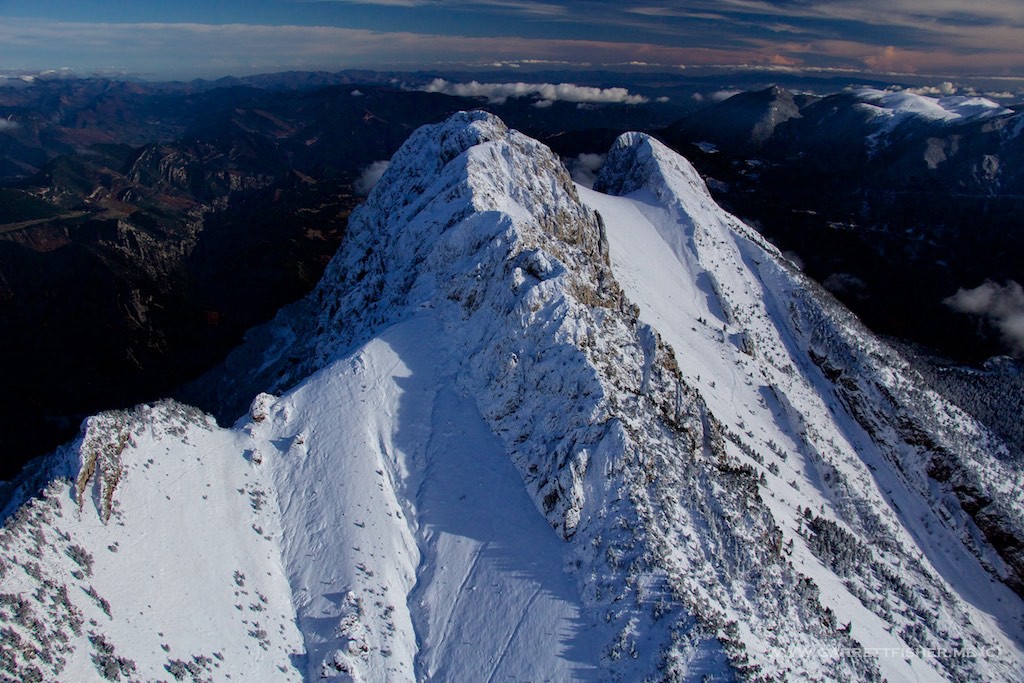 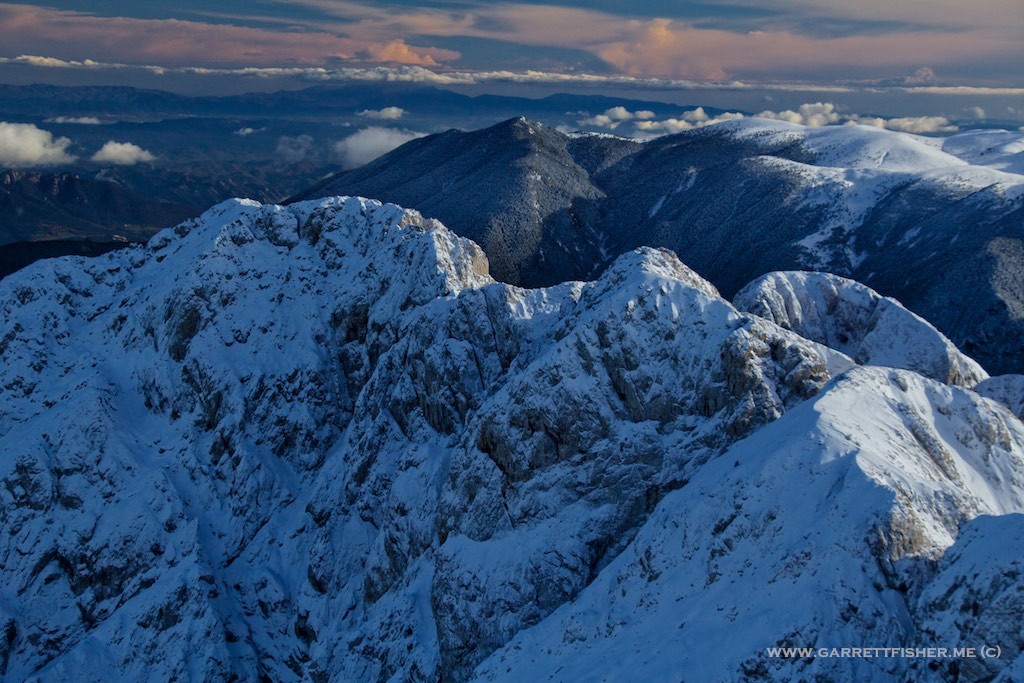 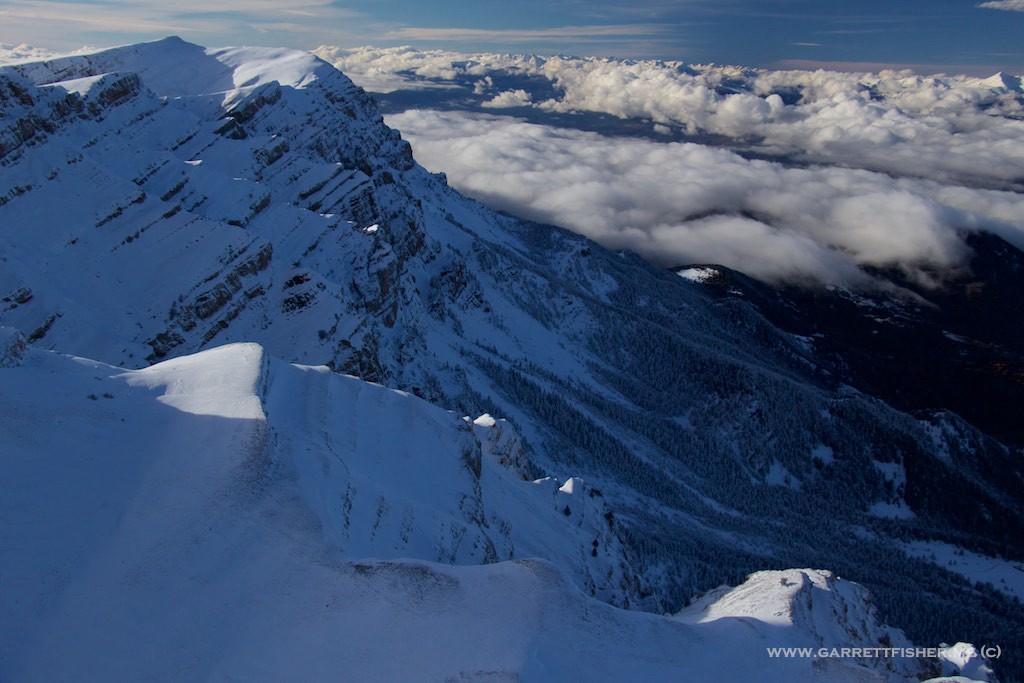 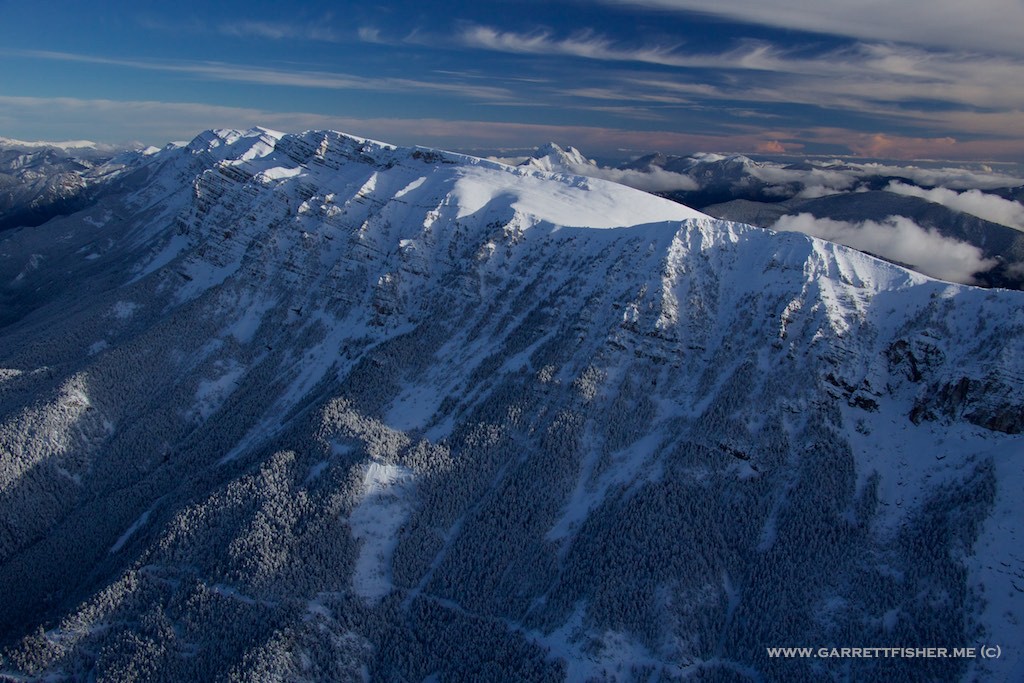 Trees with snow on them. 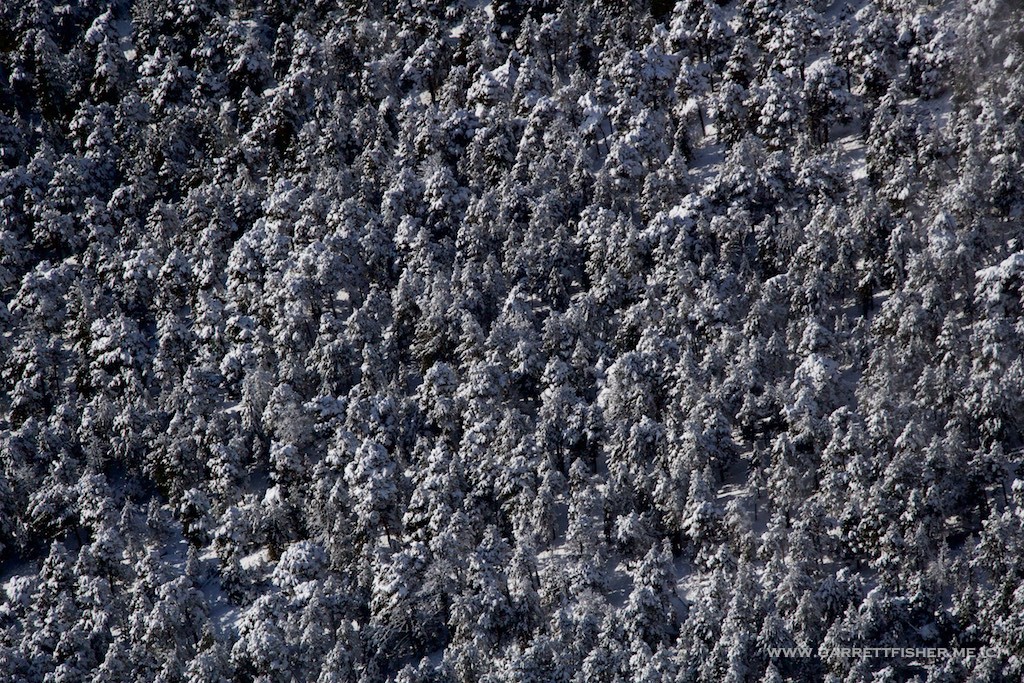 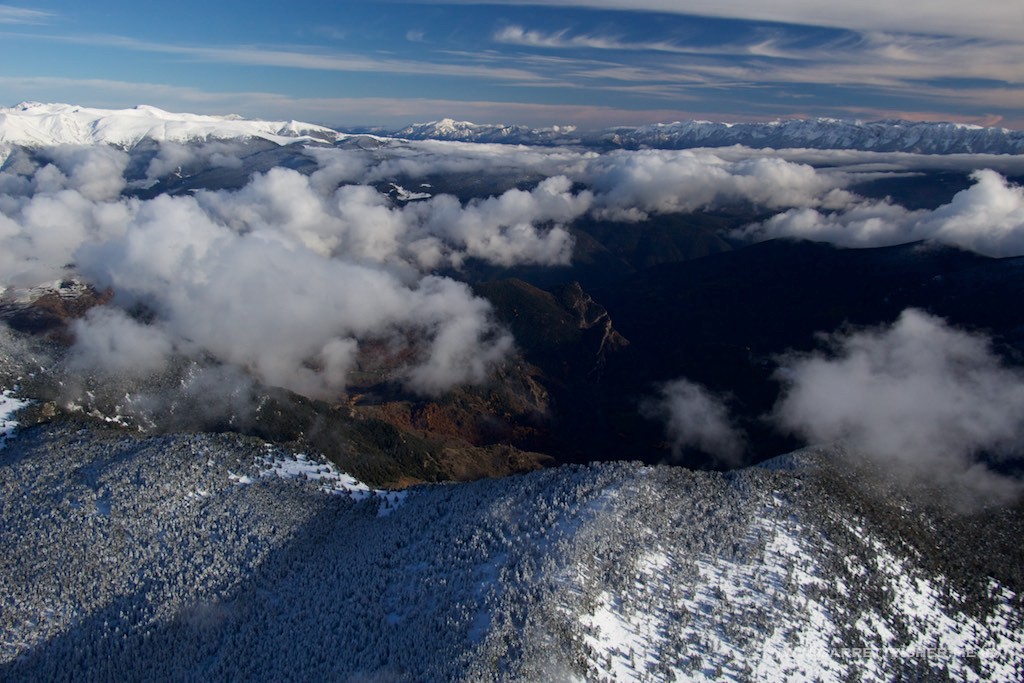 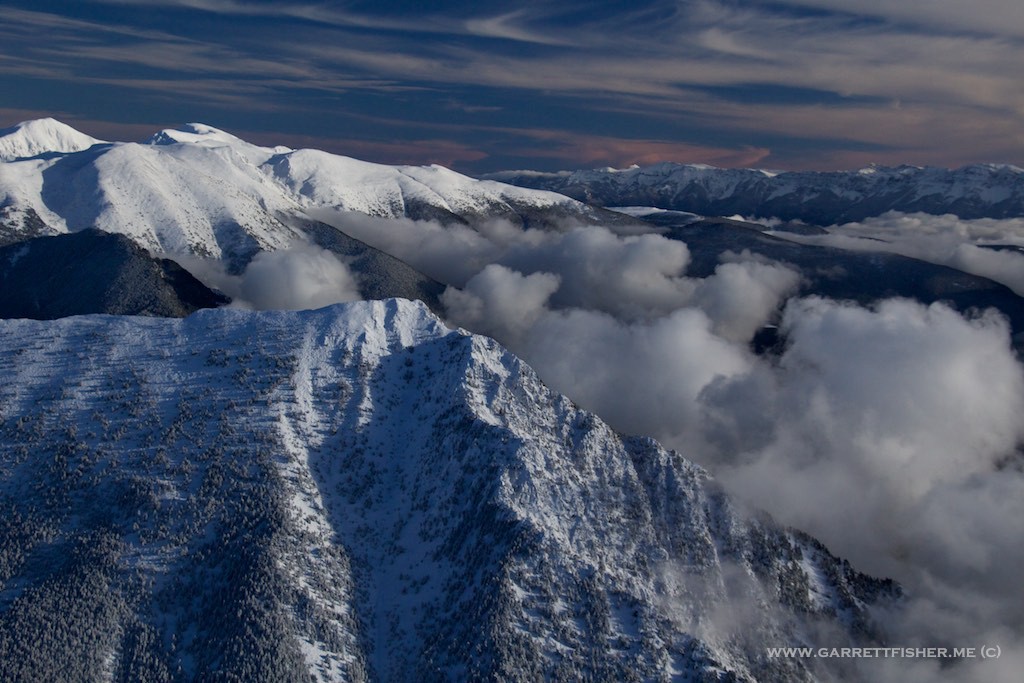 Andorra foreground (this side of ridge), France other side of ridge, Spain upper left on leftward sloping section of mountains. This is where I was wondering if I was on crack. 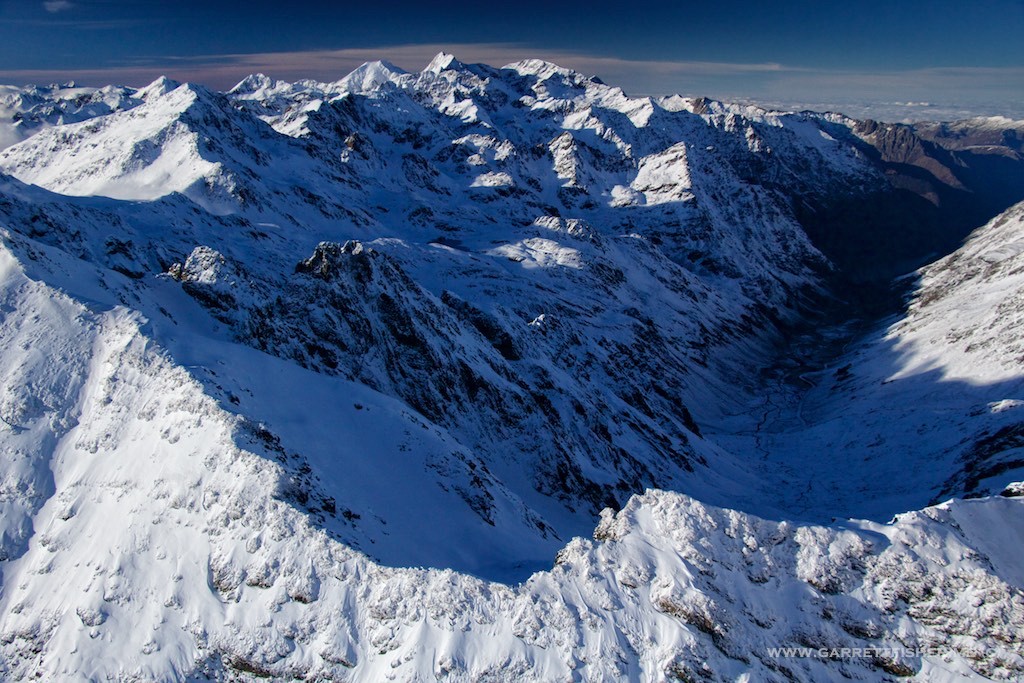 Ski area in northern Andorra. I am too lazy to look up the name, not that anyone cares, because its an over-glorified and artistically intriguing parking lot in a smug tax haven micro-nation. 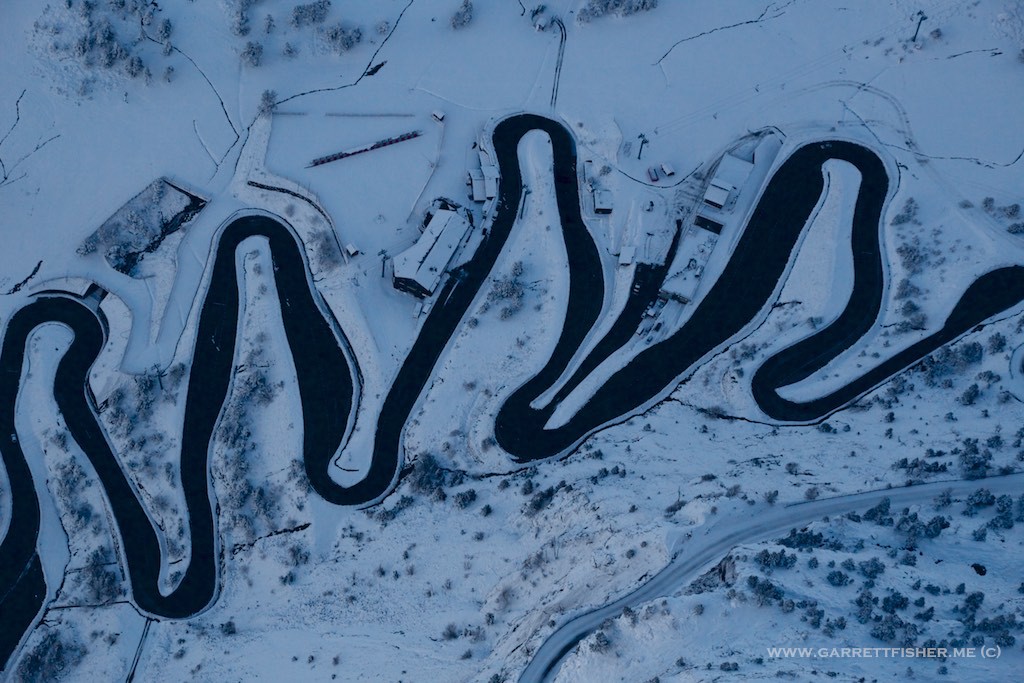 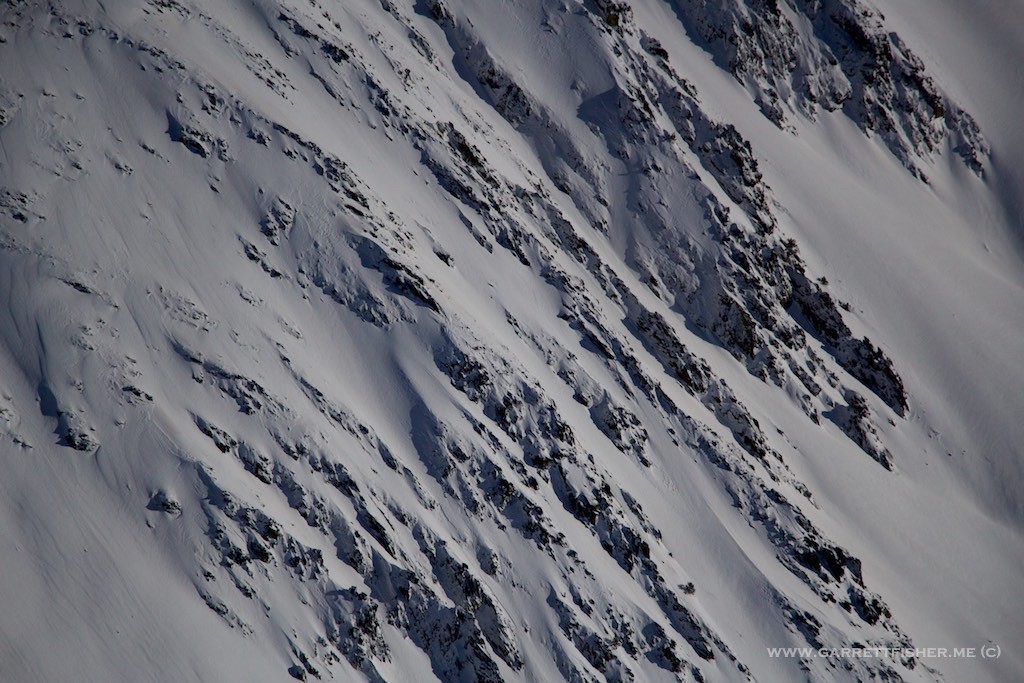 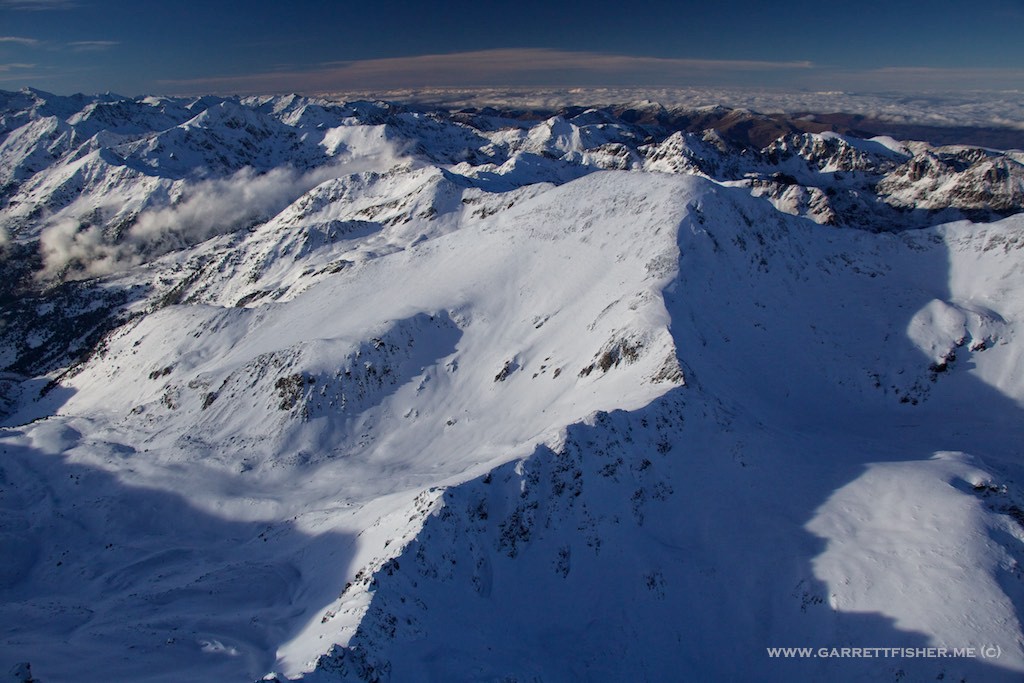 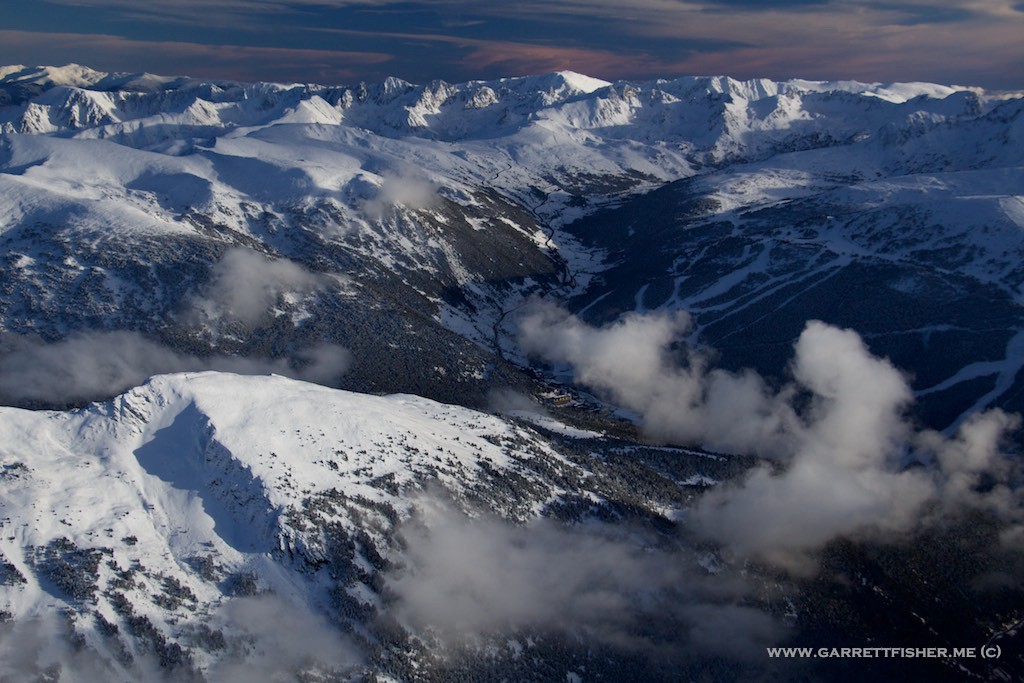 France is more or less on the other side of this ridgeline, not that anybody draws a line visible from the air. 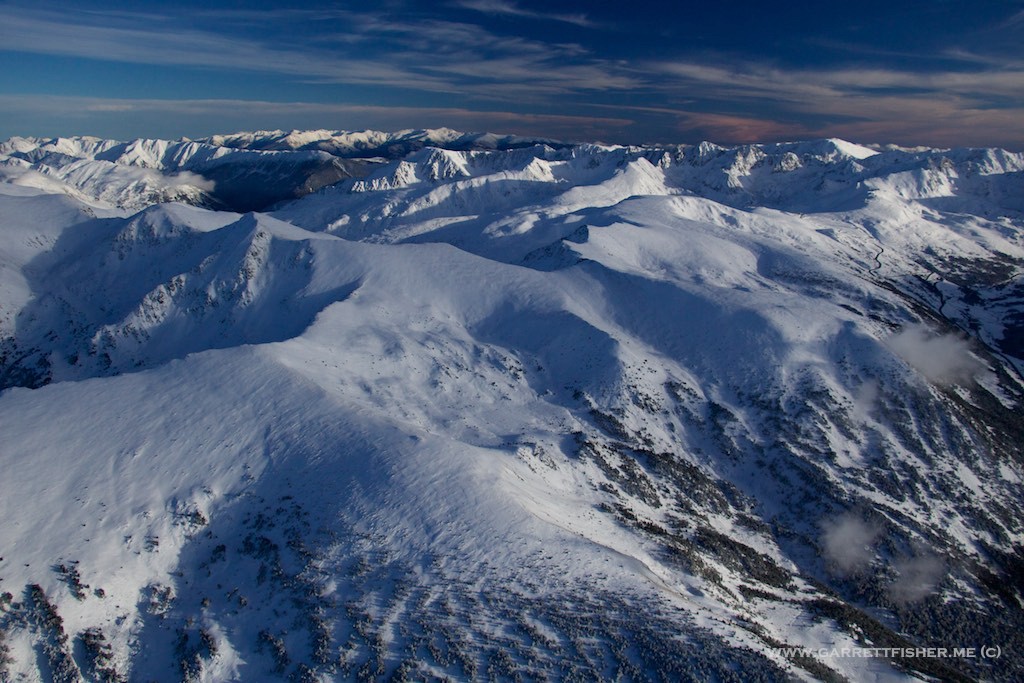 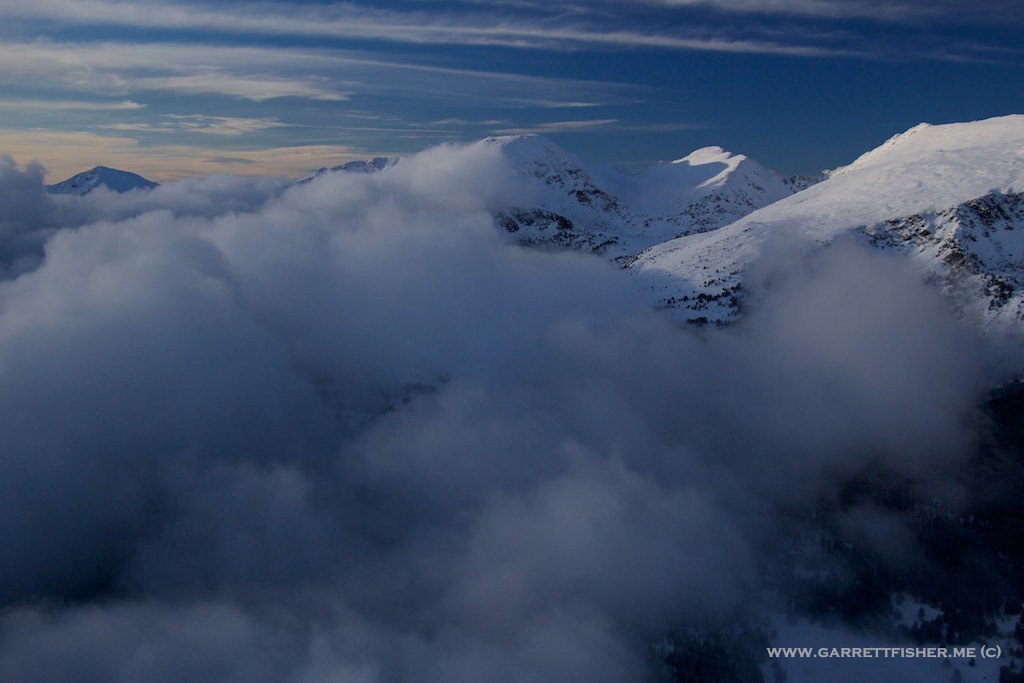