When I first moved here, I thought I would just barrel into the Pyrenees within a few days. The mountains have a maximum elevation of about 9,500 feet above sea level around the field, which is, dare I say it, nothing compared to the mountains of Wyoming, or even more so, the field elevation of 9,927 feet where I was based in Leadville, Colorado, the highest airport in North America.

Then there was the whole matter of mountain waves, north winds, and the rocky little episode getting the crap beaten out of me over Puigcerdá. I finally decided it was time to conquer the ridge to the north of the field, the one that stares at me in defiance all day long from my home office, taunting me to fly over it.

The locals have given me varying levels of drama regarding mountain flying. One has to remember that, as a general rule, information from locals, no matter where in the world it is, has historically been next to useless if it is related to aviation. Secondly, the information I am getting varies from “today is a good day to fly” to “you’ll die if you go up today,” on the same day at the same time from different people. There is also the matter that most pilots will err on the dramatic side when it comes to mountain flying, as most would just rather not bother.

There is also the other side of the equation, which is what I have learned from hundreds of hours of obscene mountain flying all over the world: most turbulence is down in valleys, the leeside is to be avoided, and some of the quietest air can be directly over top of and on the windward side of the summit. That runs counter to the emotionally-induced maxim held by most mountain flyers that “more altitude is bad in the mountains.” I am comfortable any day the higher I go, as there is less rock to fly into.

All of that is countered with the fact that, just because the above maxims hold true in the US Rockies, does not mean that it holds true in the Pyrenees. I learned the hard way, while upside down against my will in the Cub over some hills in Virginia that one must take into consideration the locale. Each place is different, and until a person has enough data to be an expert in that area, he or she is not an expert. Even then, no two days are the same in the mountains. Data is helpful. Blanket assumptions are downright deadly.

That all being said, I decided to do it. The wind was westerly, which satisfied local advice and personal common sense that I’d be ok. I climbed to 6,000 feet, snaked around foothills until I found some lift, and set the throttle to 2075 RPM (about 60% power, less than normal cruise), riding the updrafts all the way to 10,000 feet. I ventured into Andorra, above ski resorts and into some seriously rough terrain, which makes me happy as a lark. I’ll let the photos tell the rest of the story.

Finally getting some lift. Note the literal patchwork in the upper left. 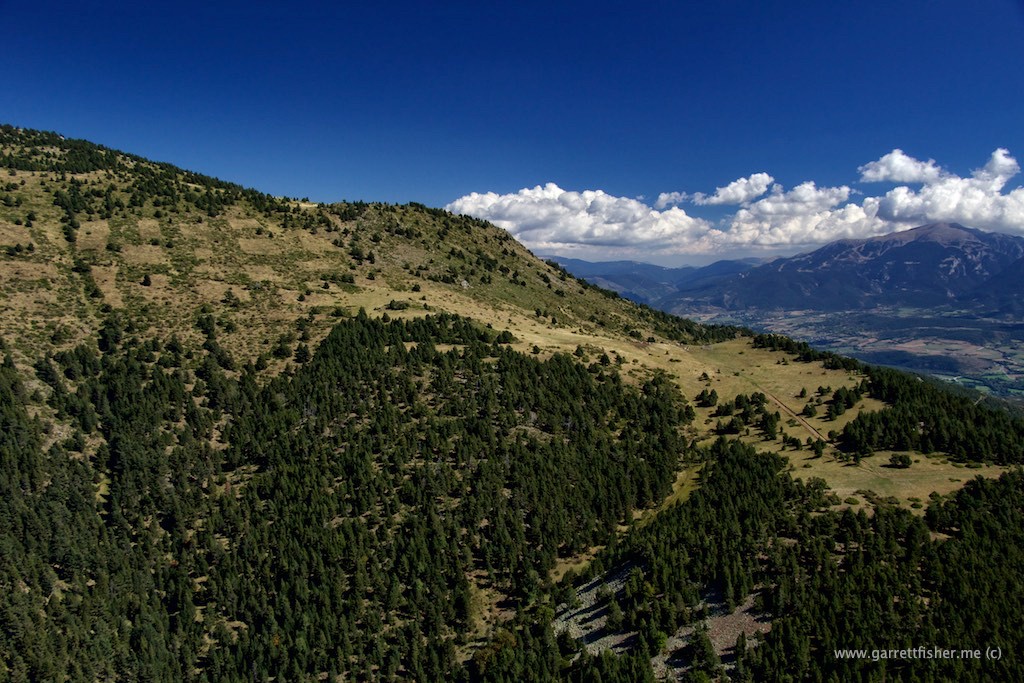 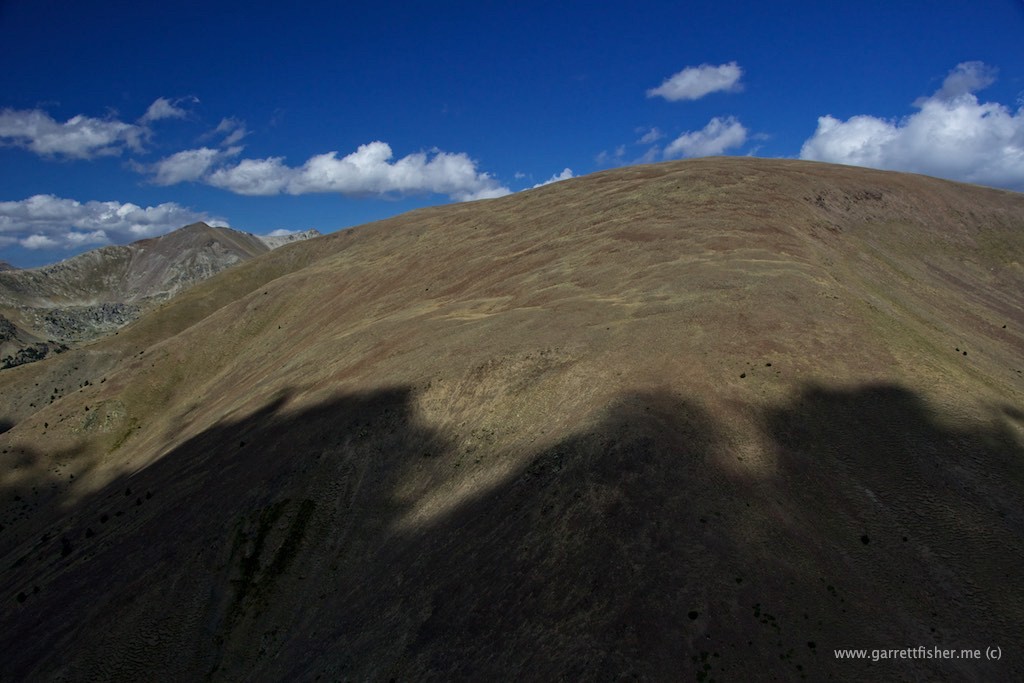 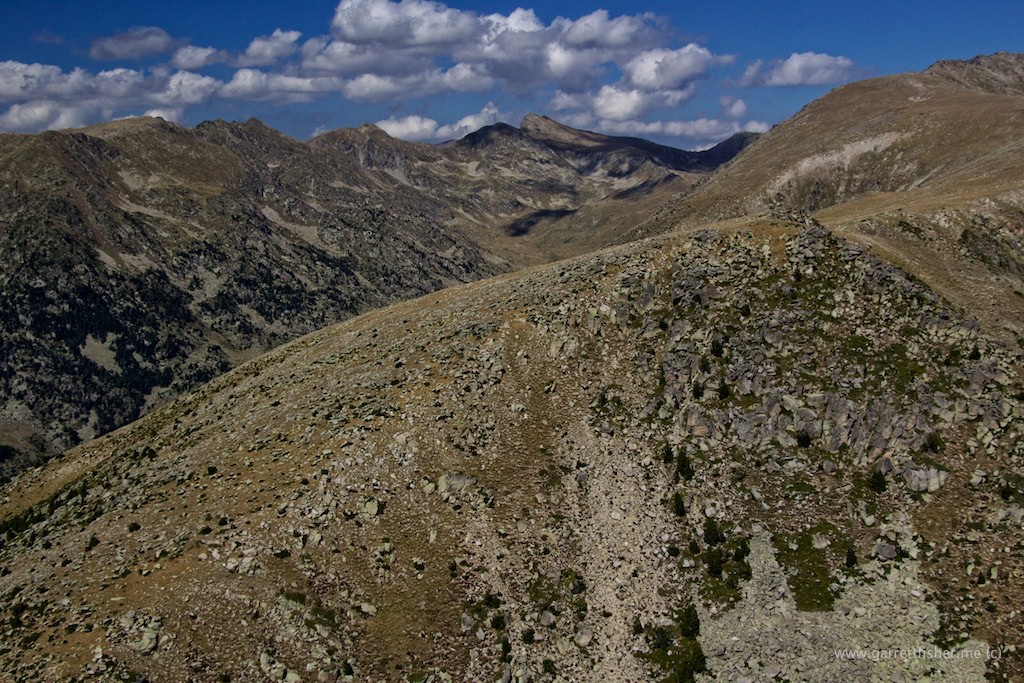 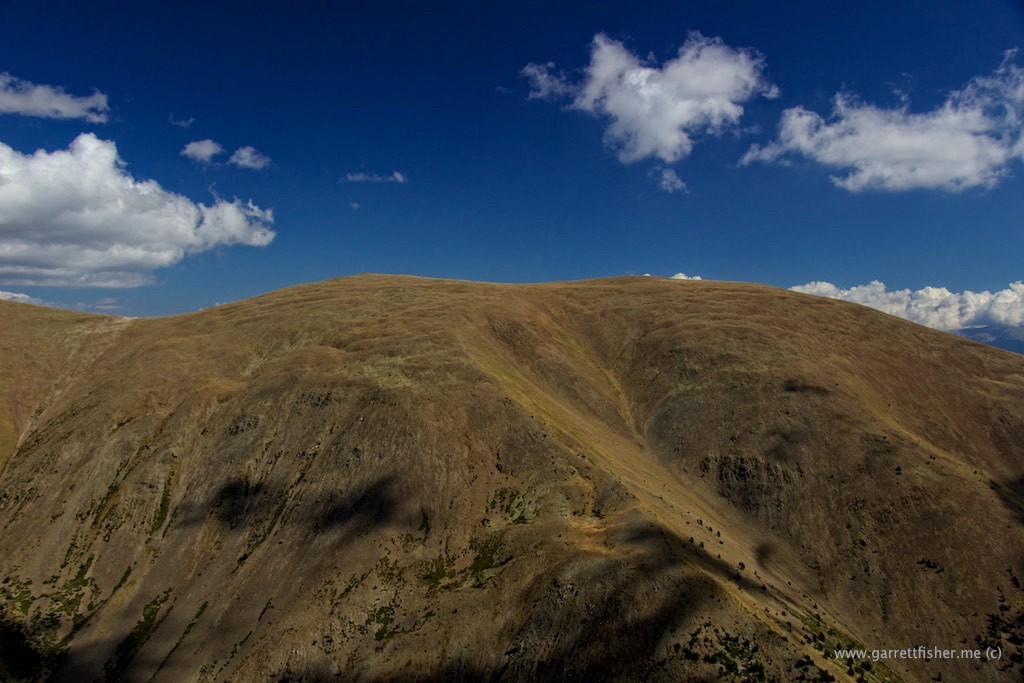 The Pyrenees have an interesting soft side to them. 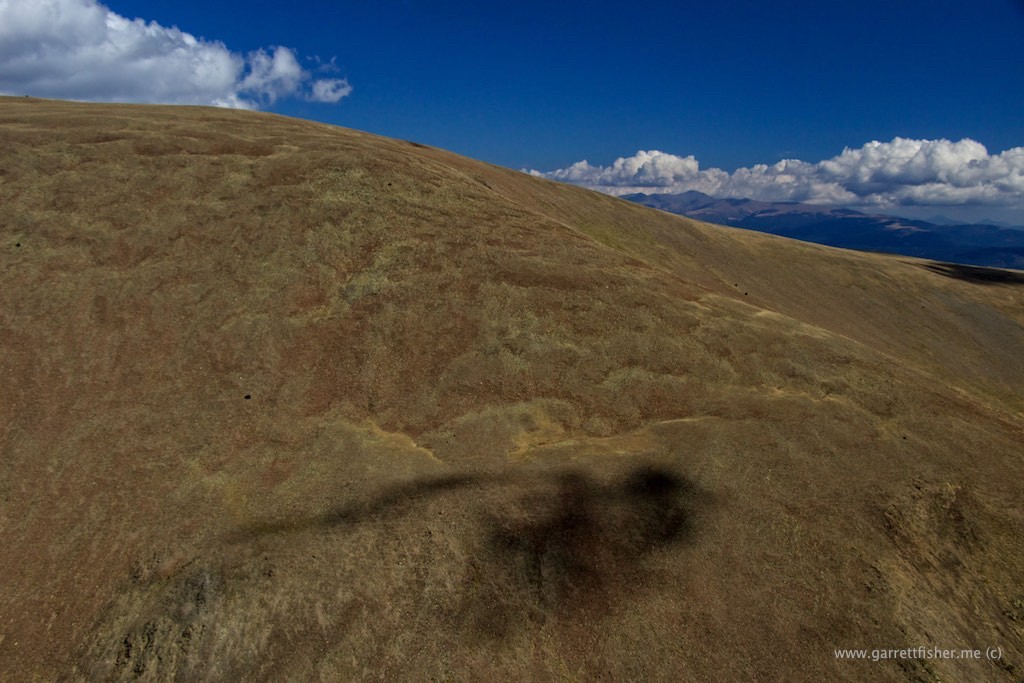 Finally getting somewhere. Looking at the border of Andorra. 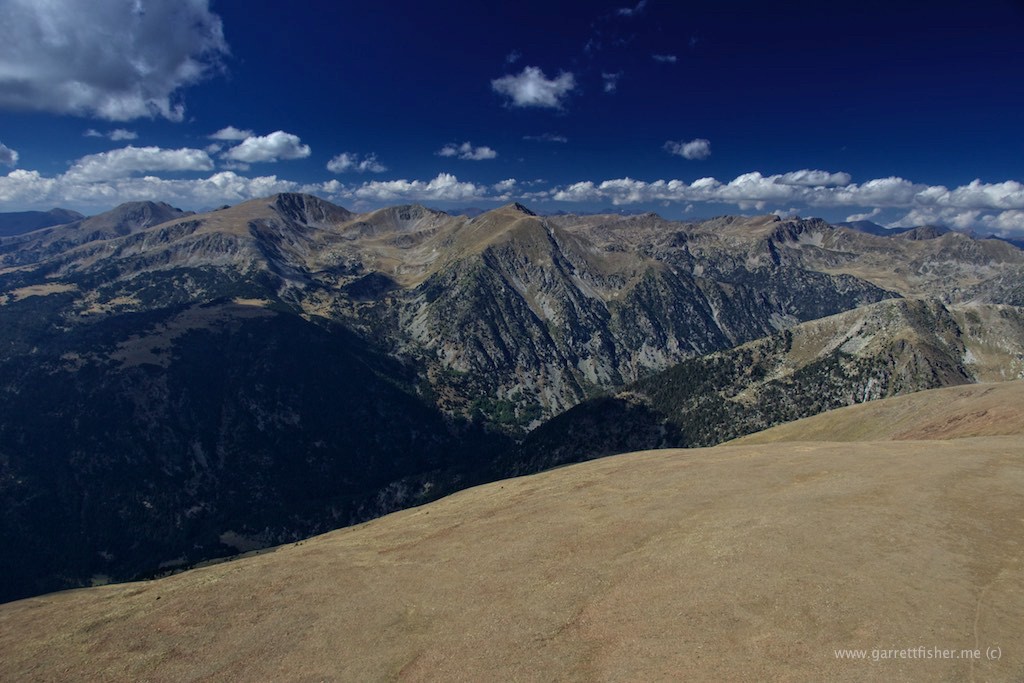 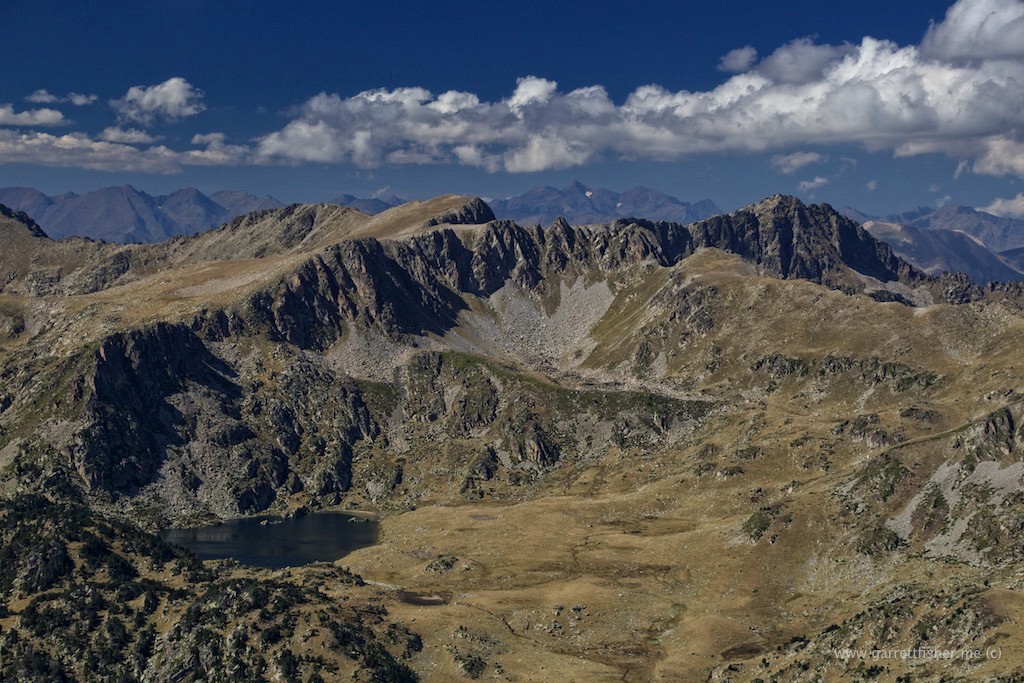 Andorra! It appears that there used to be a glacier here. 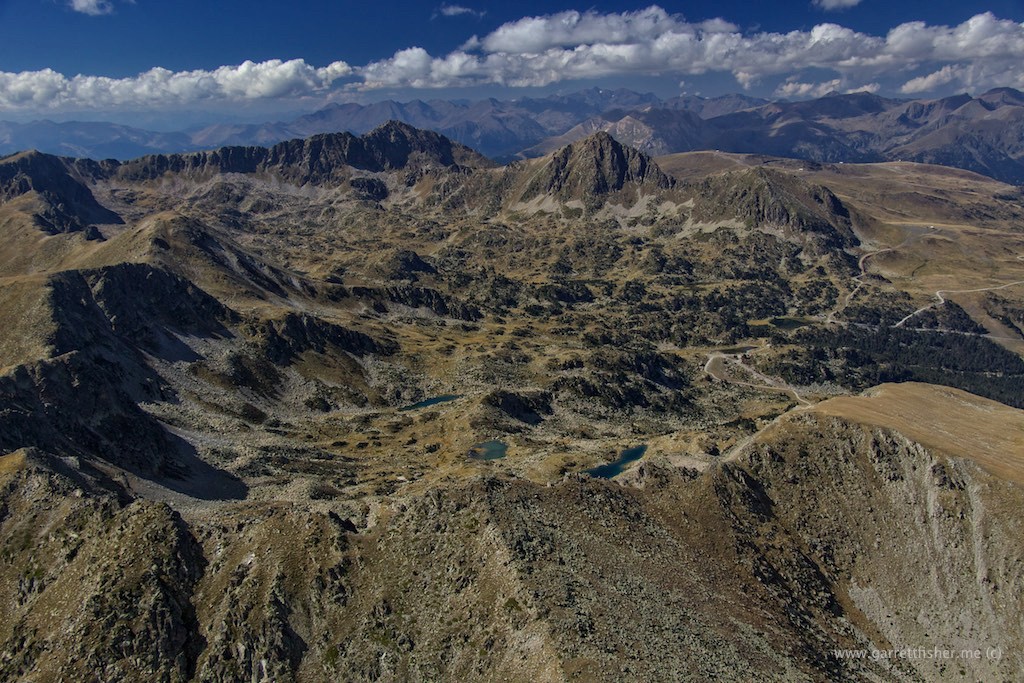 This mountain range is why Andorra exists. Andorra left, France right. No ancient or modern army would bother to cross this terrain. The Spanish and French have used other outlets to beat on each other for centuries. 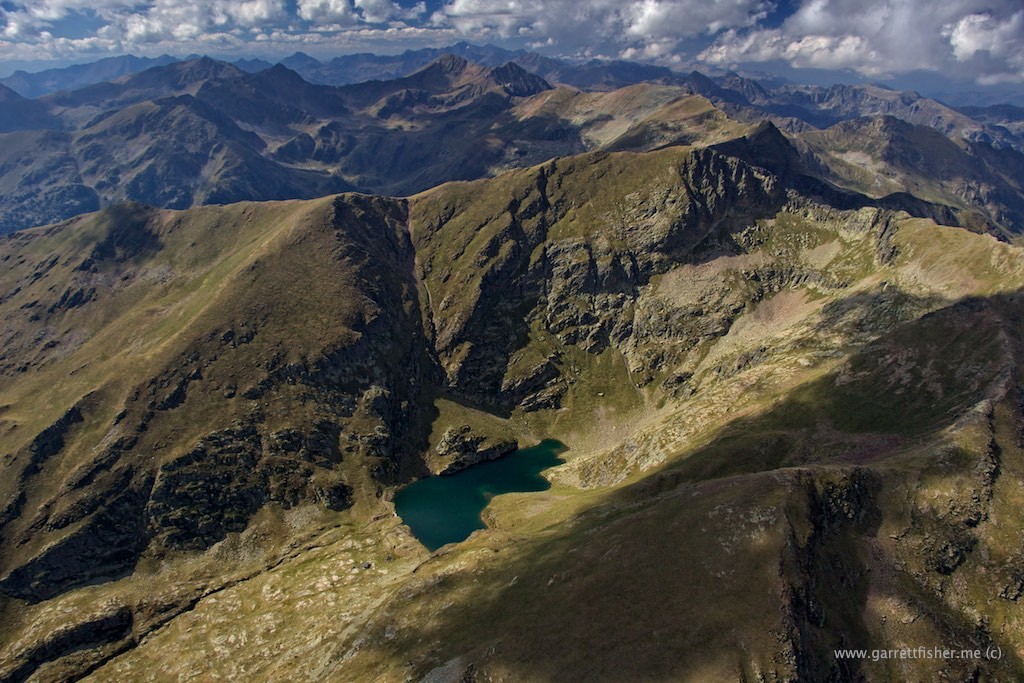 I consider it a good sign when I encounter soaring hawks. It usually means I have found the updrafts. They are generally annoyed when I come flying through. 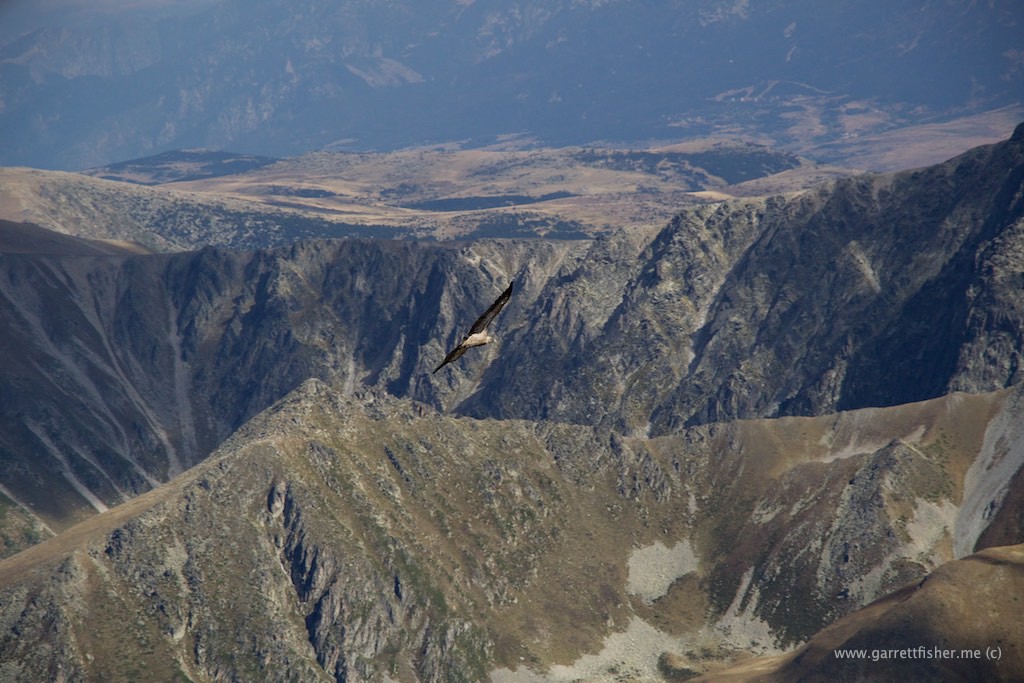 Border of Andorra, France, and Spain meet on the little hill in the bottom right. 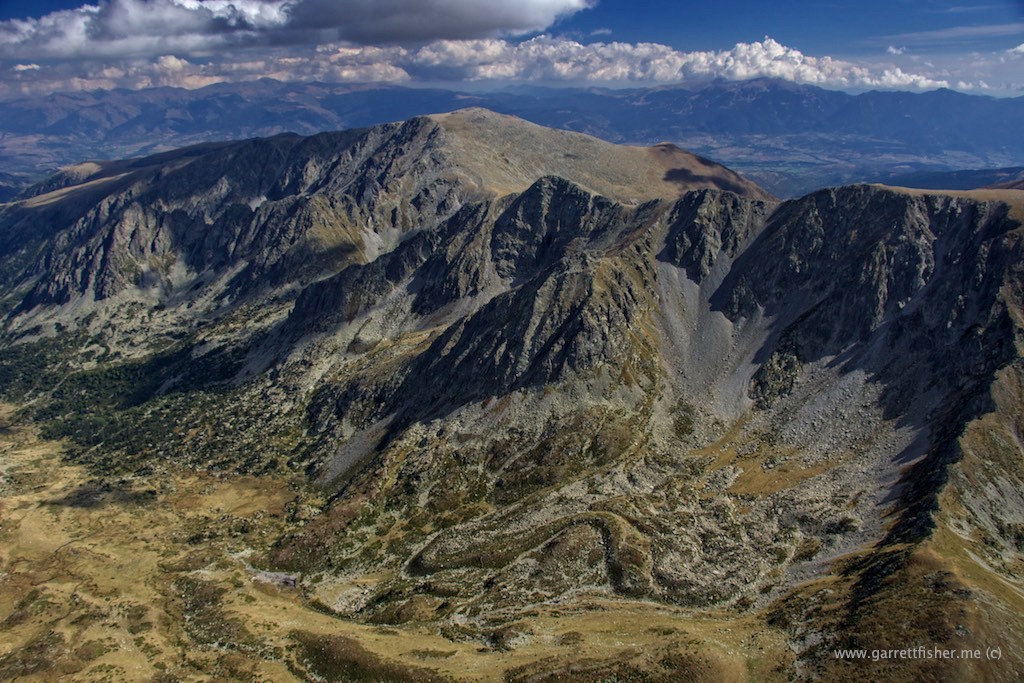 This is the ridgeline that sneers at me from my office window. Now I can sneer back! 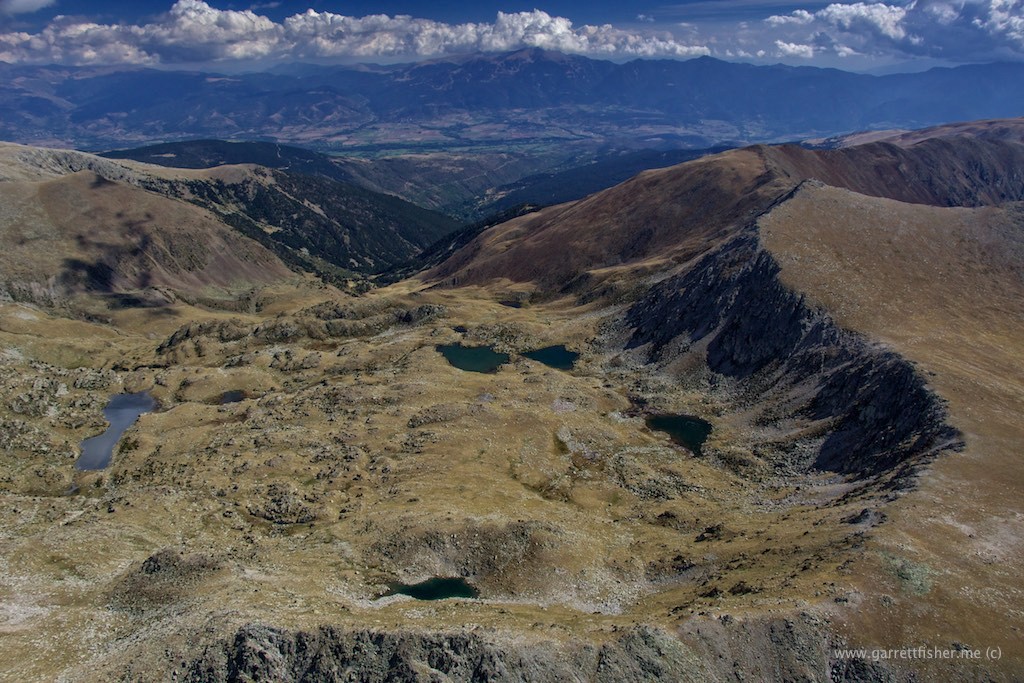 Highest peak viewable from my office. 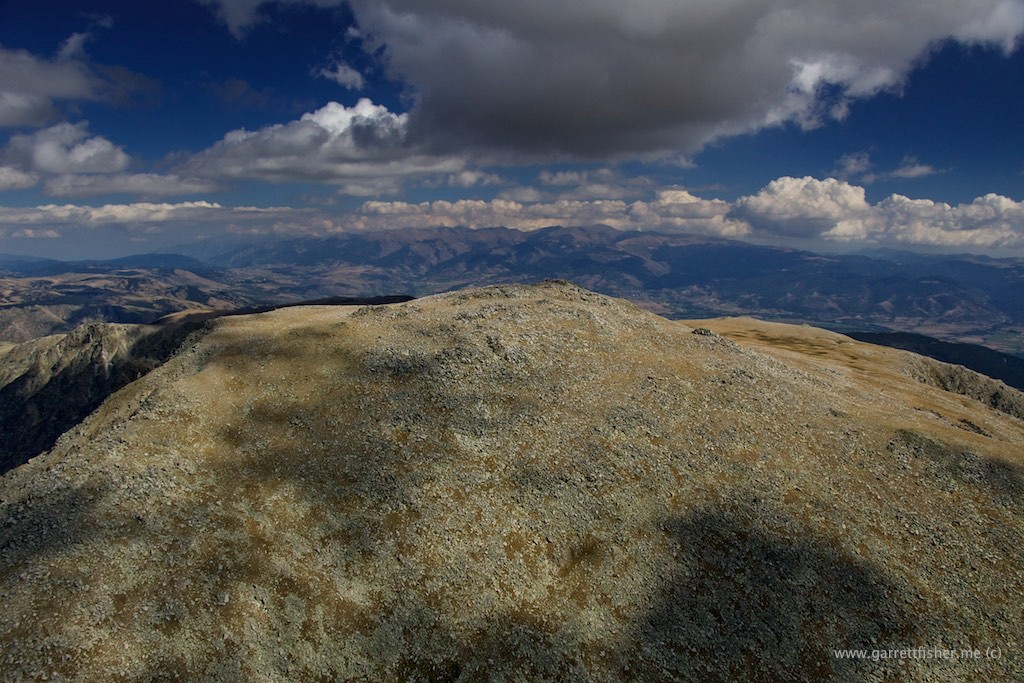 After seeing the “road” below (its a bit rough), I decided to drive up to it with the wife, hoping to have a “sound of music” moment while prancing through a high mountain meadow. We got pelted with hailstones instead. 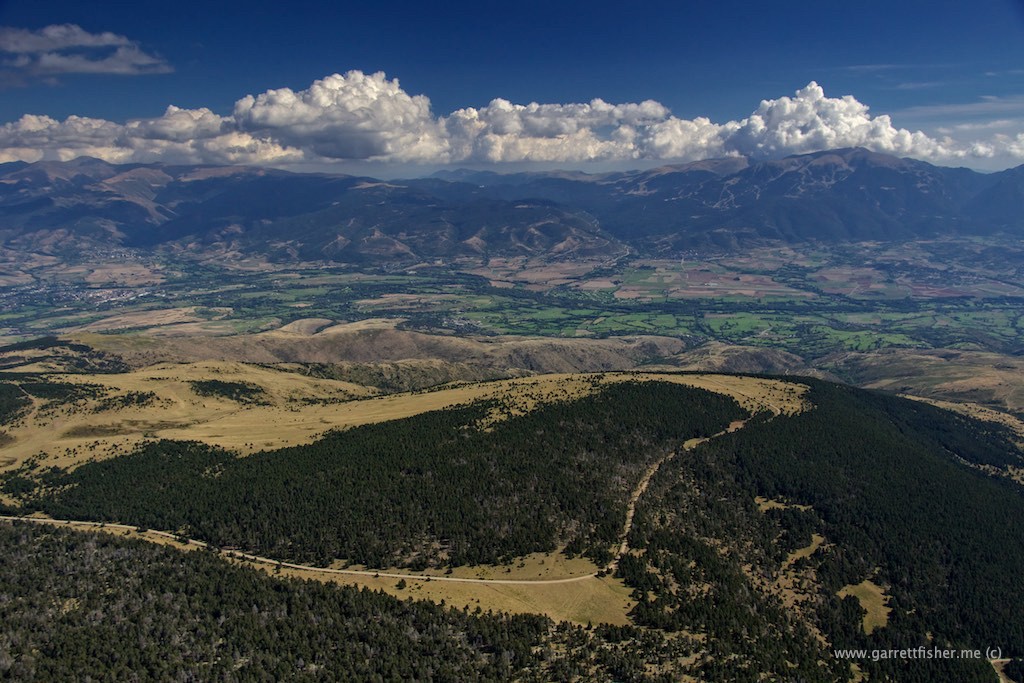 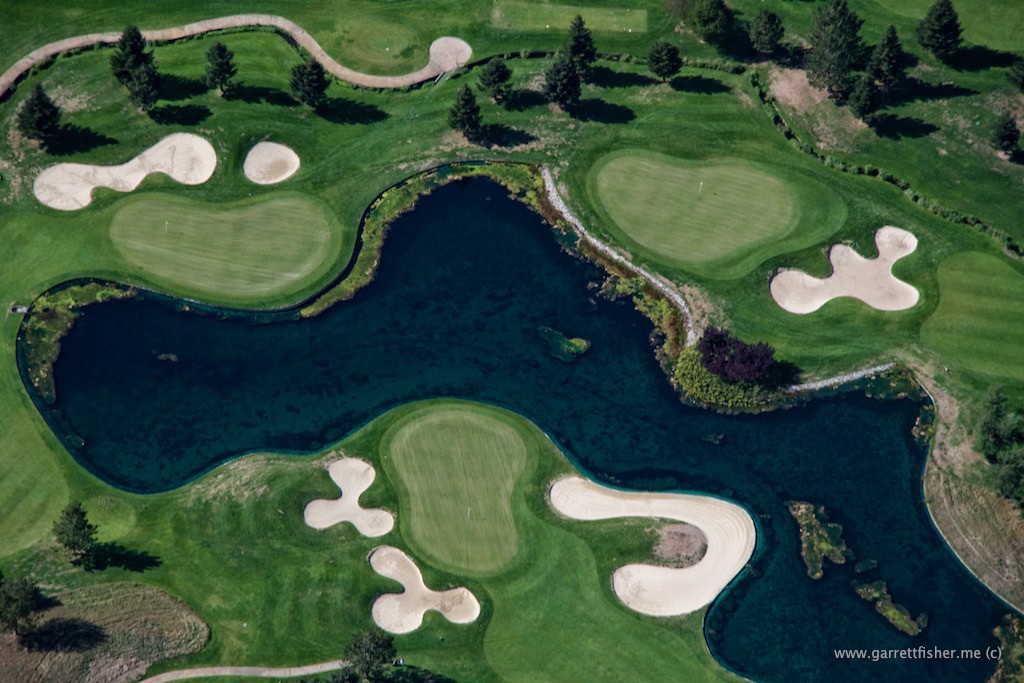 Here we go again with the farm field addiction. 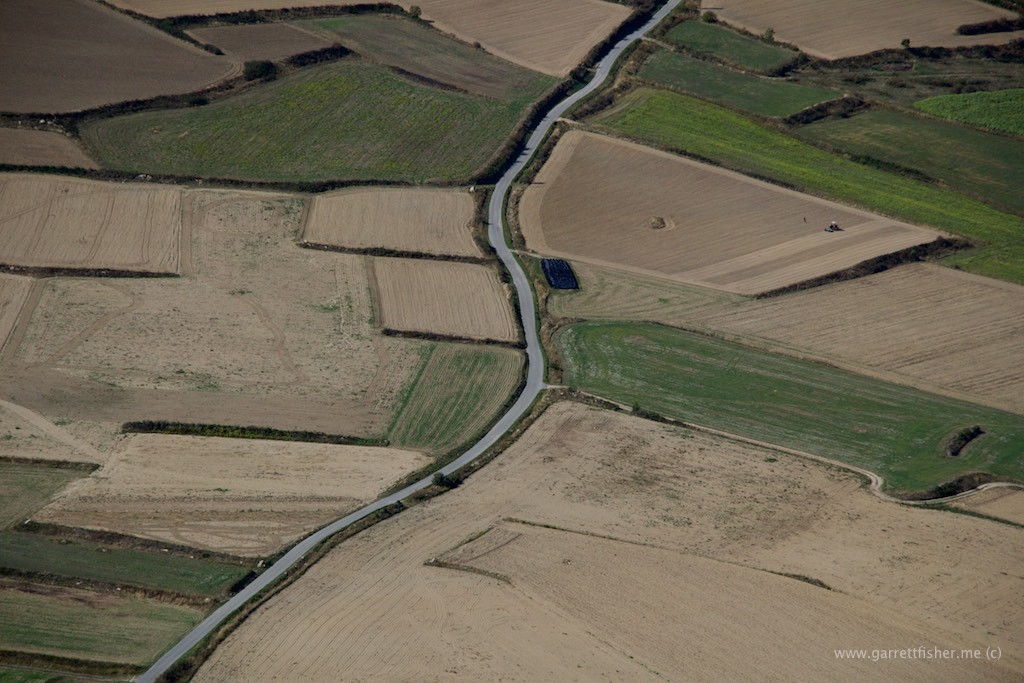 Typical Cerdanya scene. The highest peak in the rear left is where I descended from. The border to France is the valley to the right. 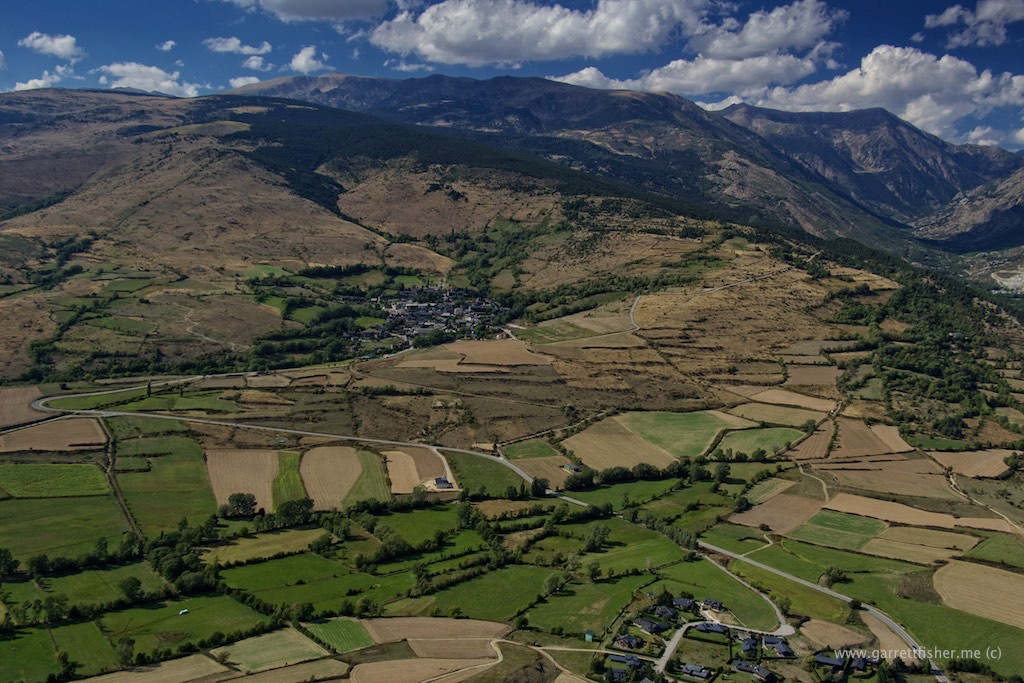 Puigcerdá. If there is anything related to capitalism that I need to handle, it is usually here. As one can imagine, the parking is a nightmare. 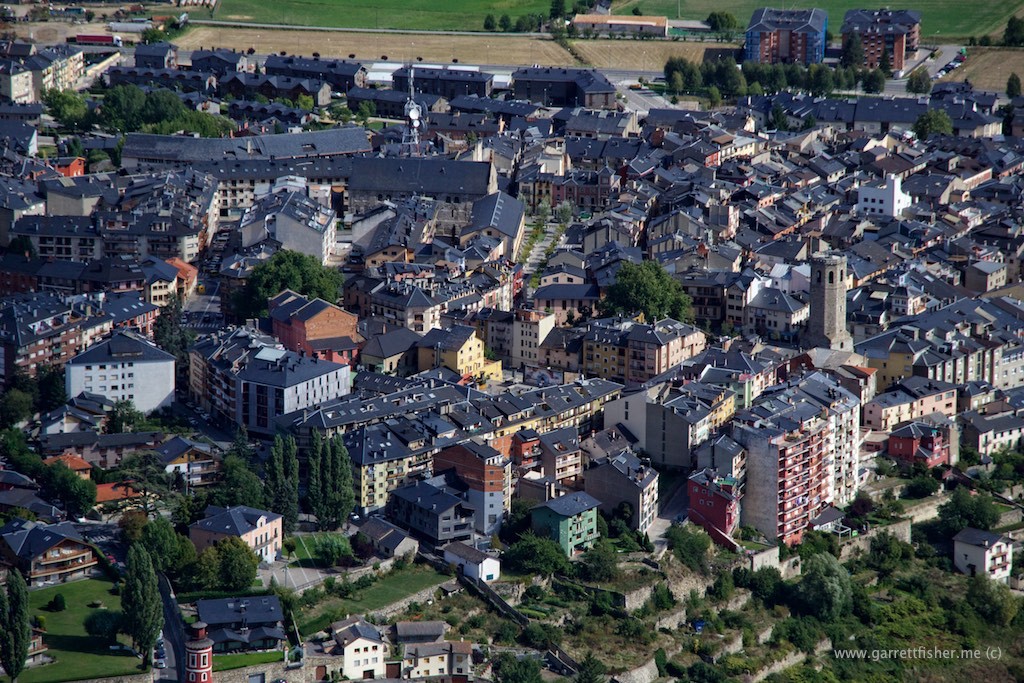 Carrefour in Spain, with a giant phallus in the parking lot. Our shoppers club card from this grocery store does not work in Carrefour in France 3 miles away.