For the flight back, I wasn’t precisely sure which route I would take. My focus had been the Pre-Pyrenees as the air was clear and the region quite interesting. At minimum, I planned on overflying some of the rough terrain just west of Pico Aneto, the highest point in the Pyrenees, and also where I had previously been. The sections even further west than that looked a bit scary from the maps, and I hadn’t made my mind up. Recall that the Western Pyrenees get slammed with significantly more snow than Central and Eastern parts, and therefore have glaciers and more rugged terrain.

After consulting with local glider pilots at Santa Cilia, I determined it would be a good day to head north right into the heart of the rugged terrain, then head east long some of the crazy stuff. As they noted “this is about as perfect as it gets for weather.” Fair enough. With some trepidation, I climbed north toward high terrain, wondering what I was getting myself into.

The closer I got to the big, bad mountains, the more nervous I got, as I looked at thick pine forests with few emergency landing locations, set against spires of rock covered in snow with indications of avalanches. Then once I got over said harsh avalanching terrain, I hit my Zen-style calmness where I am in a transcendental state of spiritual bliss, and continued over some of the harshest terrain I have yet seen in the Pyrenees, not rendering a shred of care if I had to land in 10 feet of snow in an emergency.

Every moment of it was wonderful, until the last quarter of the flight, where I was freezing cold, tired, and worn out after having taken almost 5,000 photographs. After landing, I couldn’t seem to function speaking Spanish, and went home with a brain that turned to mush. The last time such a thing occurred was in high altitude, wickedly cold Colorado, doing something similar in the Cub.

Some people do sweat lodges; I do the opposite.

For all I know, they stopped construction in 2008 when the economy crashed. Its not like anybody would care….except the Germans. Western end of the Pyrenees. Between Canfranc and Biescas – cruising altitude only 9,000 feet. Parque Nacional Monte Perdido – for any aviation Nazis, I was, in fact, legally above the restricted flying zone. The pinnacle to the middle right with a bit of snow on it was featured on the last blog post. I cruised very close to those smaller hills down below. Valle de Pineta. Pretty badass. The French border is at the end of the valley. Somewhere in the Pyrenees…. 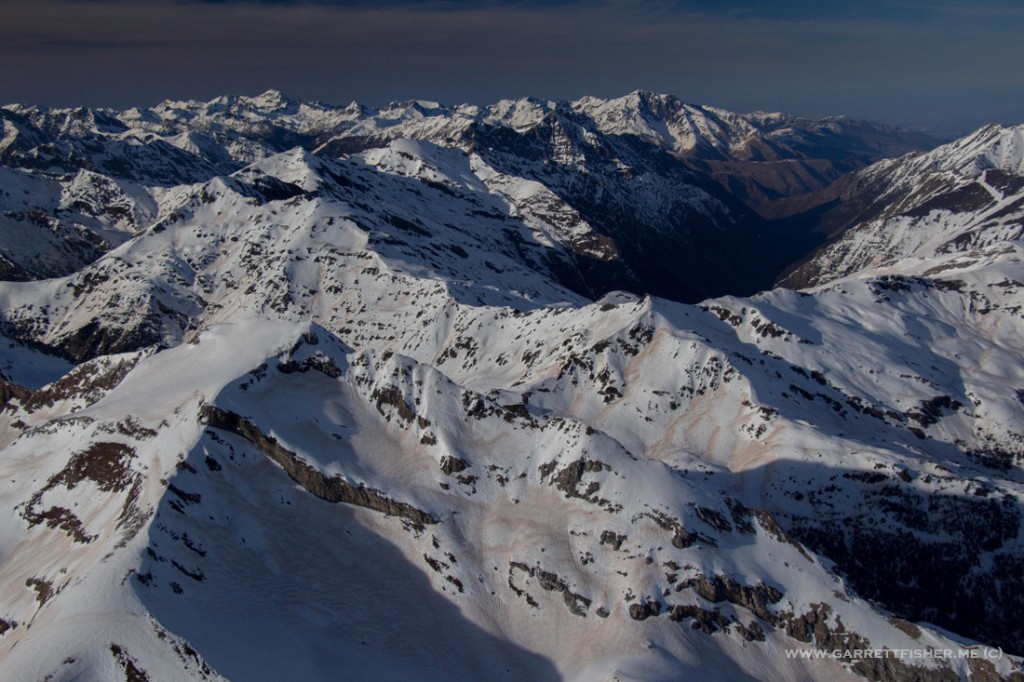 Somewhere else in the Pyrenees…. 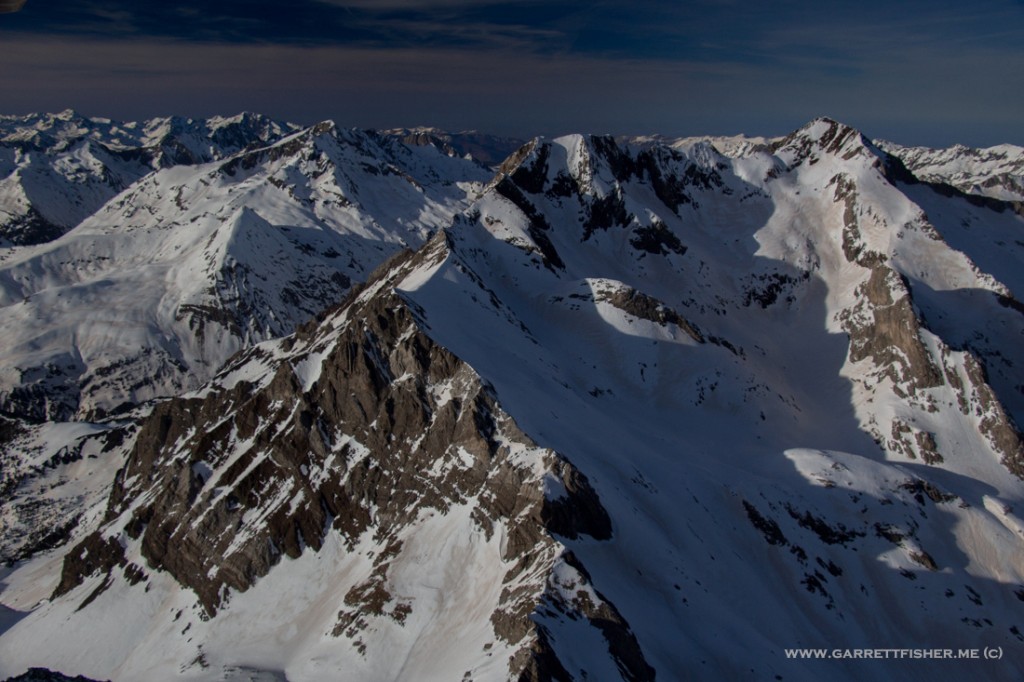 Pico Aneto – highest point in the Pyrenees – (3.404m / 11,165 ft). It is quite chilly up here. There is also a glacier on the left side of the mountain, hiding under winter snowpack. 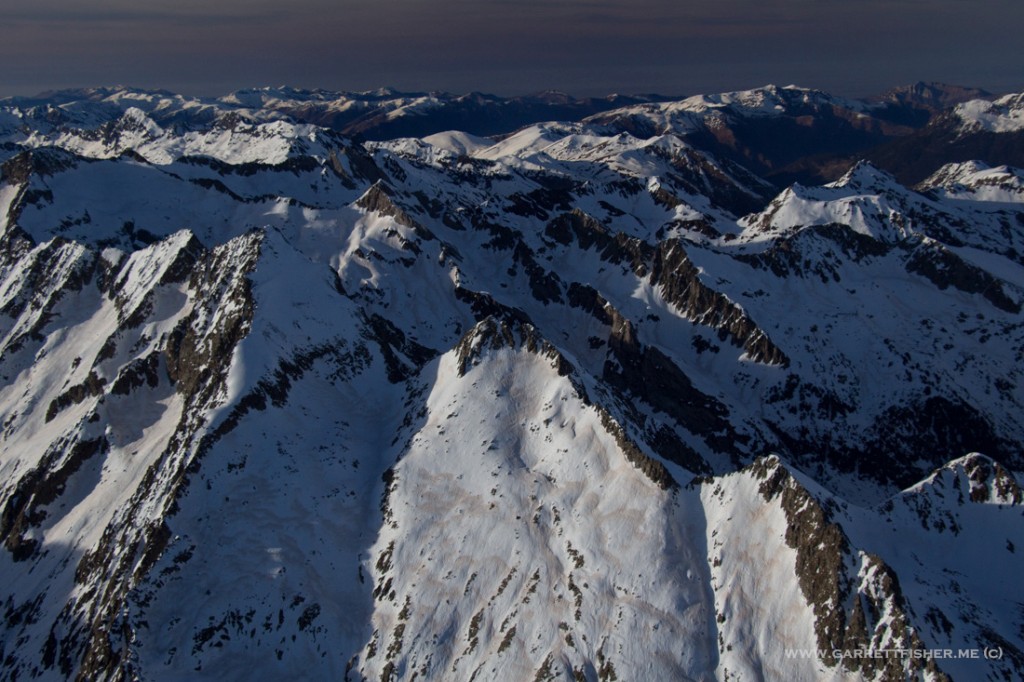 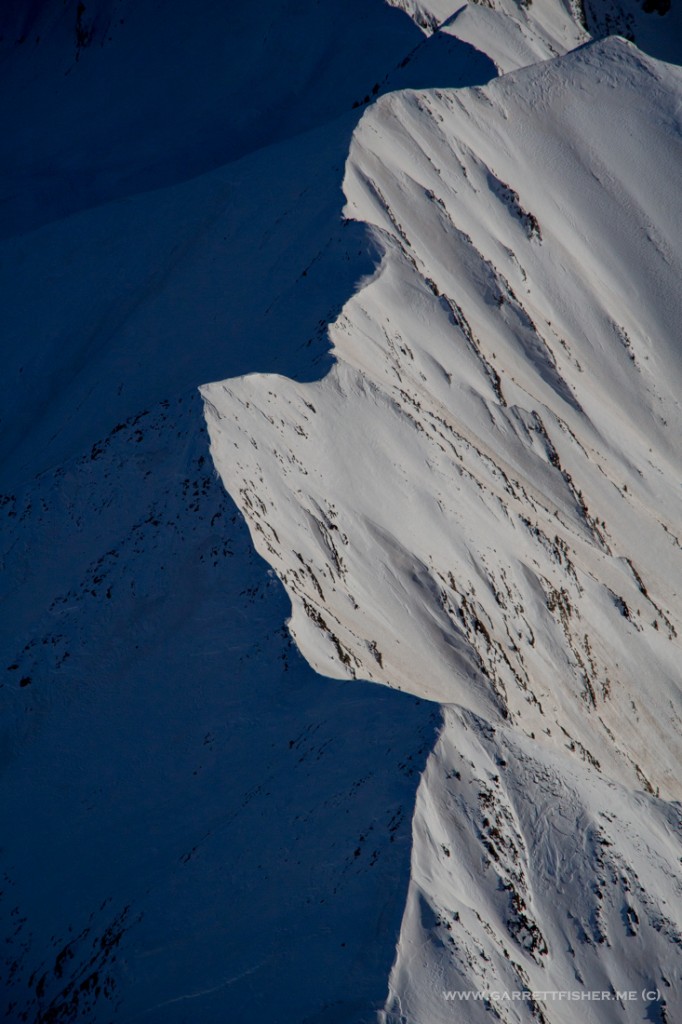 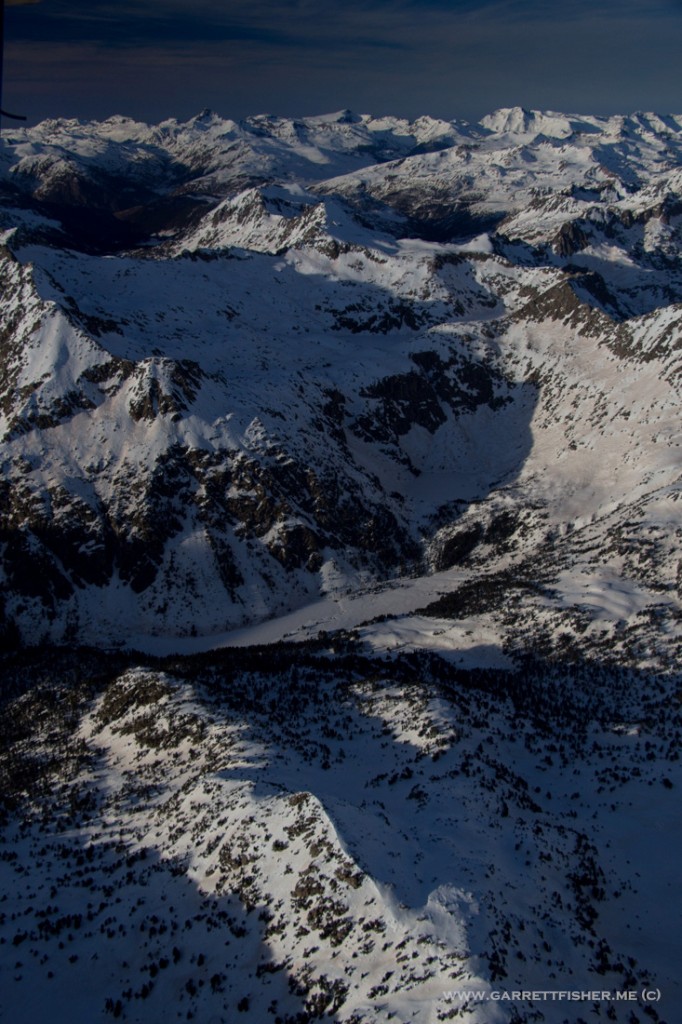 Other side of Aigüestortes. Usually power lines are not that compelling, though the perspective is pretty interesting. 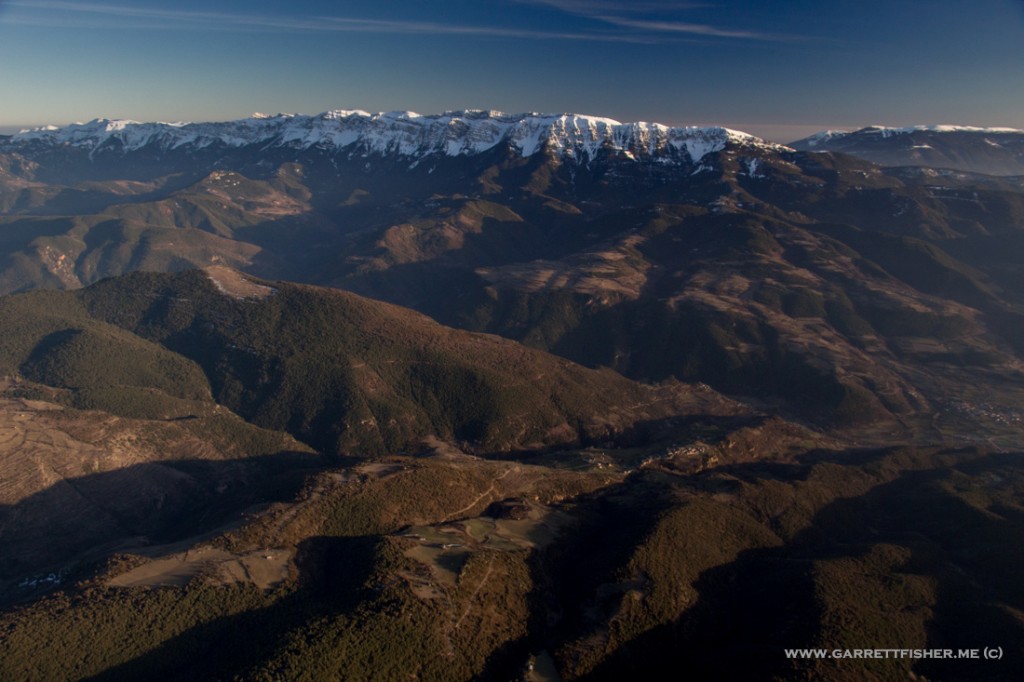 Last bit of the Pyrenees descending toward La Cerdanya. 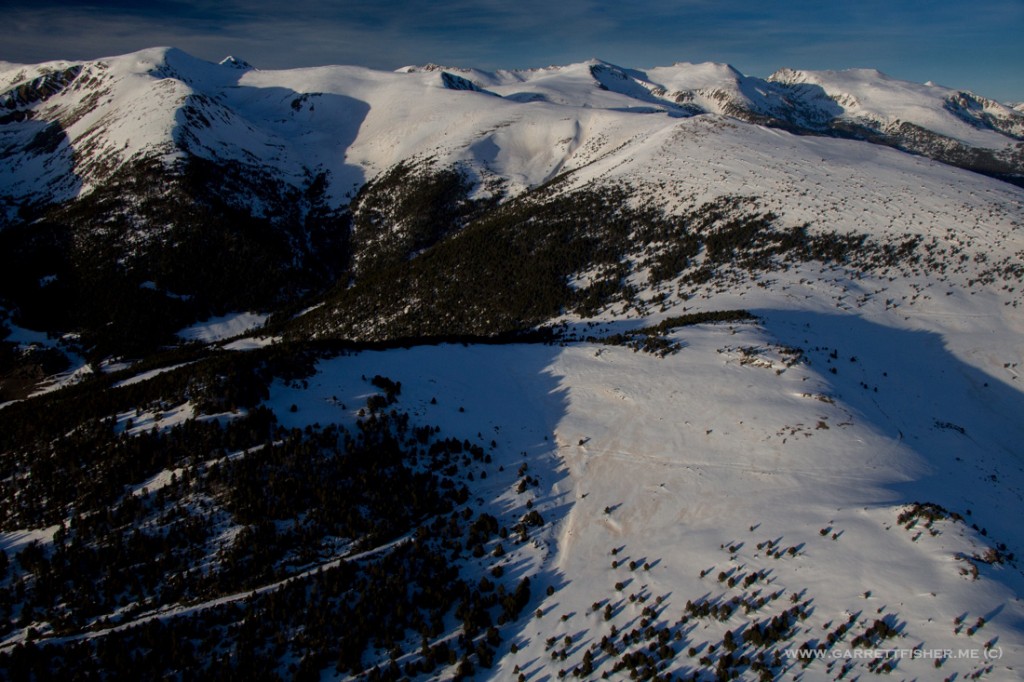