As is usual in Alpine, the weather is something of a mystery. A front supposedly had come through, as the air was cold and a few showers were in the area. The wind was forecast to be somewhat high, and it was still, though clouds moving over the top of the peaks were moving at a good clip. As my German guest arrived, we decided to take the plane up for a spin around the pattern.

In the process, a rain shower developed, so we kept our distance, as those things can transfer upper atmosphere energy down into the valleys in this area. It moved through pretty quick, so I came up behind it, under the presumption I could catch a rainbow. Not surprisingly, I found one and got a picture, ironically in the exact same place I got the last rainbow in the air.

It became time to head back to the airport, and the automated weather indicated a crosswind of 10 knots, favoring runway 13. I entered on the downwind (parallel, going opposite direction of landing), and saw that the windsock was all crazy at the approach end, so I turned around and proceeded down left downwind runway 31, believing the windsocks over the automated weather sensors. At this point, the airplane picked up quite a bit of groundspeed, which was evident visually as my airspeed continued to read 65mph to 70mph, while the ground went by like I attached a rocket to the airplane. The turn to final was like a controlled skid, and the landing was quite interesting, to say the least. Winds were 90-degree crosswind at 13mph to 20mph, gusty, and turbulent.

After pulling into the hangar, my [pilot] passenger advised me that he was using his Garmin GPS watch, which is effectively a really cool backup navigation watch for pilots. It read a GPS speed of 122 knots on downwind, which translates to 140mph. As my airspeed indicator read 65mph to 70mph, that meant that the wind speed was 70mph to 75mph (hurricane force) while in the traffic pattern. This ground speed of 140mph is a new record, where the prior one was 121mph.

75mph wind? Is this guy nuts? A few bits of data are in order. The wind, at 800 feet above the ground, got up to that speed. It was still +/- 20mph at the surface. This is consistent with my previous speed record over southern Illinois. Surface winds were 10mph, and winds at 1,000’ altitude were 40mph, so the 3x to 4x multiplier holds true. Secondly, it appears the front was blowing through at the precise moment I chose to land, and the wind was funneling from a broad area into one channel into the Salt River Range, over a narrow opening for which we were upwind of it. Mountain air through channels and passes is actually both faster and less turbulent, whereas winds over peaks are usually slower and rougher. It likely was 70mph over a rather small area.

The other factor is that the airplane experienced only 70mph total cruise airspeed on the airframe, within winds that were moving the same speed. 140mph forces on the airframe would mean that likely I wouldn’t be here to write about it. 140mph over the ground is only a problem when one wishes to land and make contact with same said ground. Airspeed, wind speed, and groundspeed are three separate things. 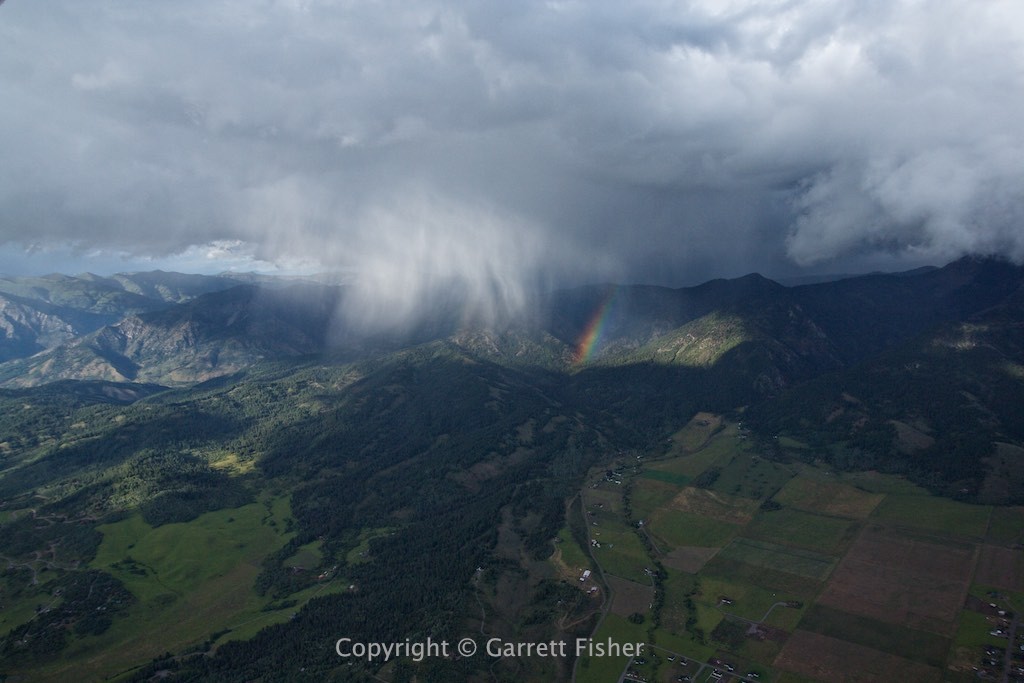