It was roughly as complicated to get the airplane from the Atlantic Ocean back to the Pyrenees as it was to get to Portugal in the first place, such that it was broken up into two totally separate trips, with the plane stuck in Madrid for a week. I wrote extensively about the story for AOPA on the following post; therefore, I will offer extra images here and go light on words.

Crossing the Tagus River, Portugal. A bit of fog below. 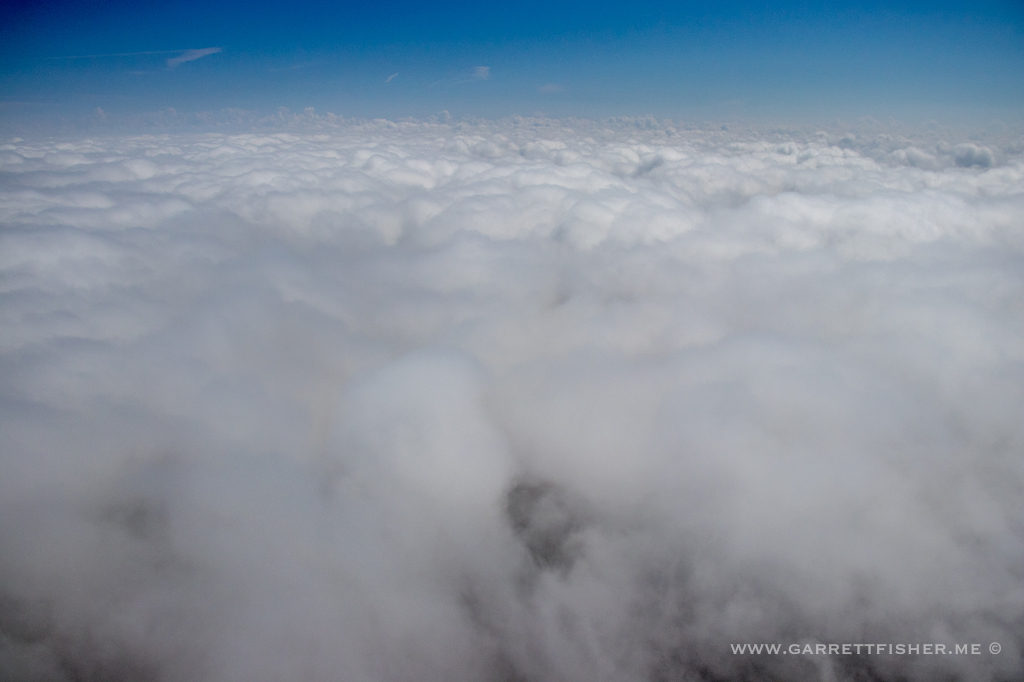 Not too far from the Spanish border, still in Portugal. 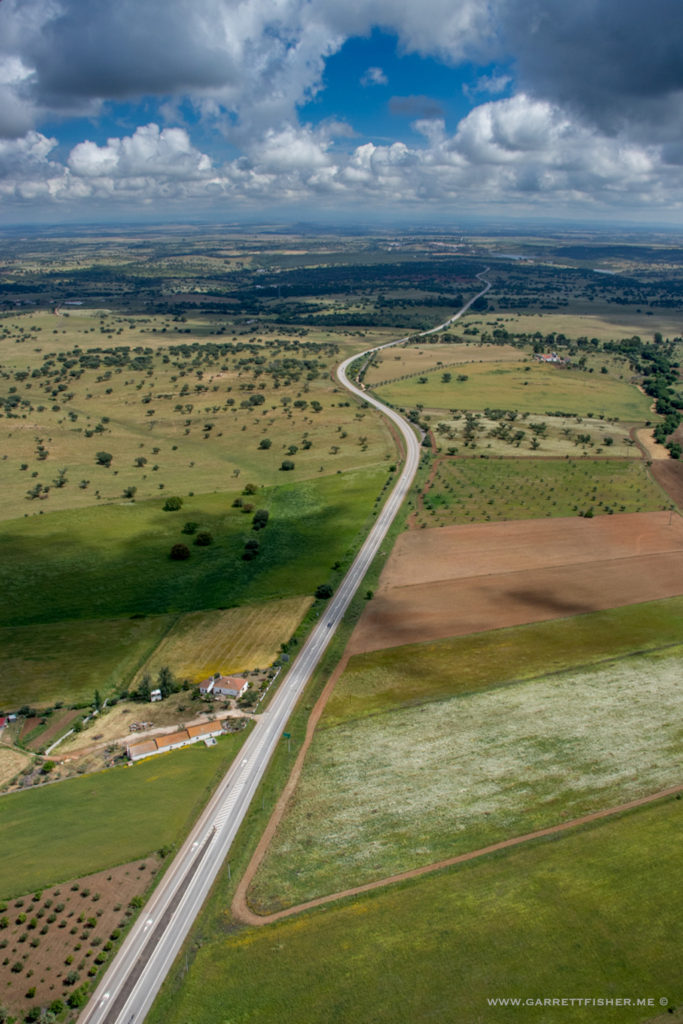 Cattle grazing amongst flowers, with an interesting cloud shadow. 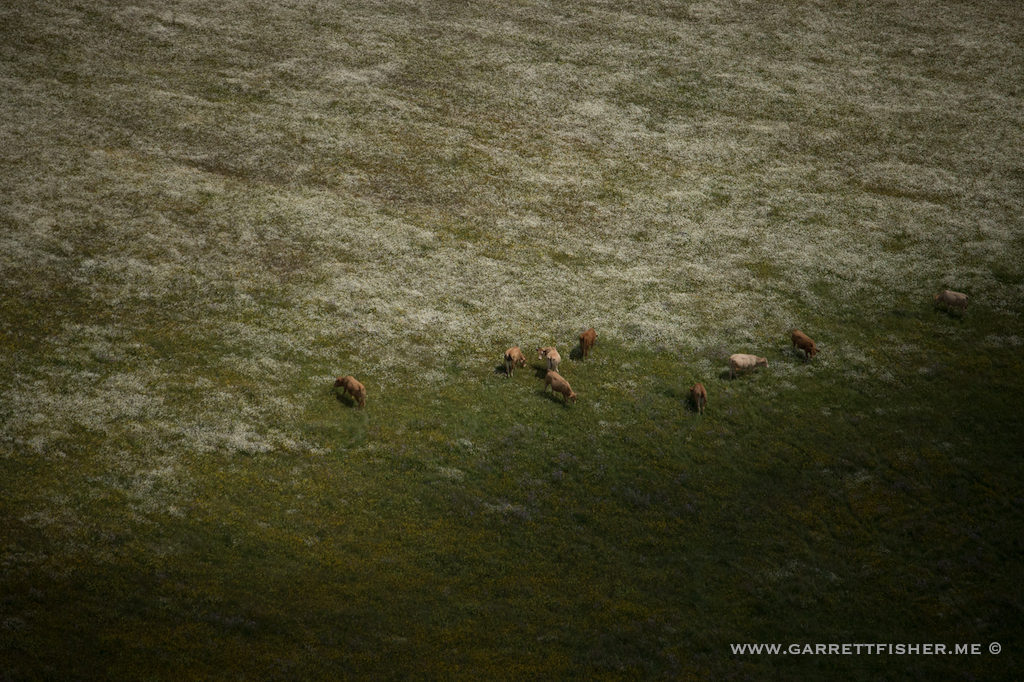 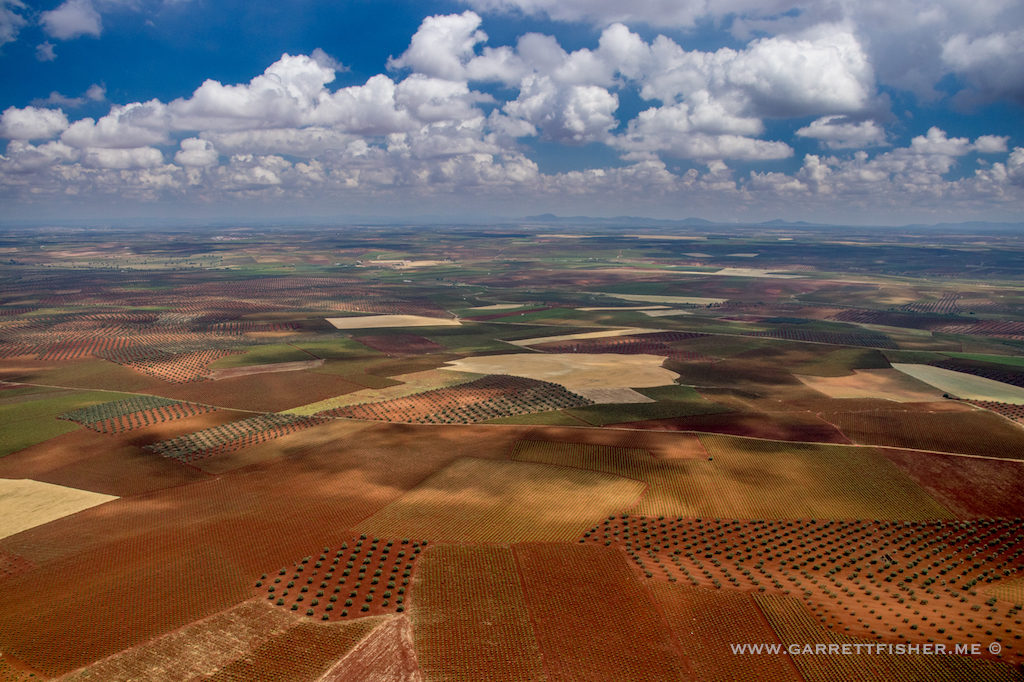 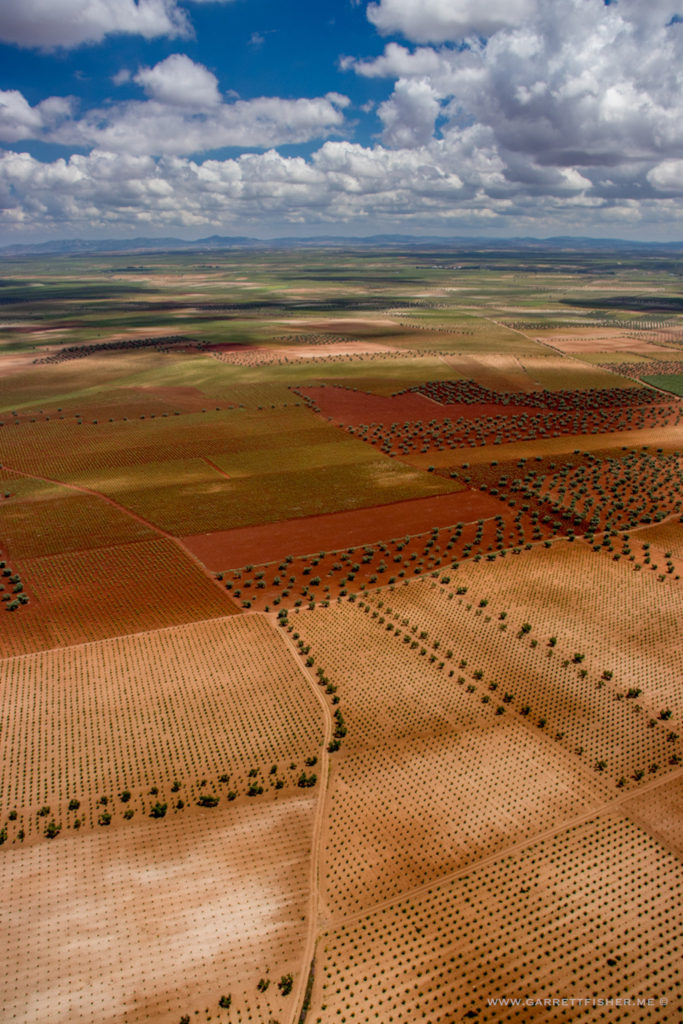 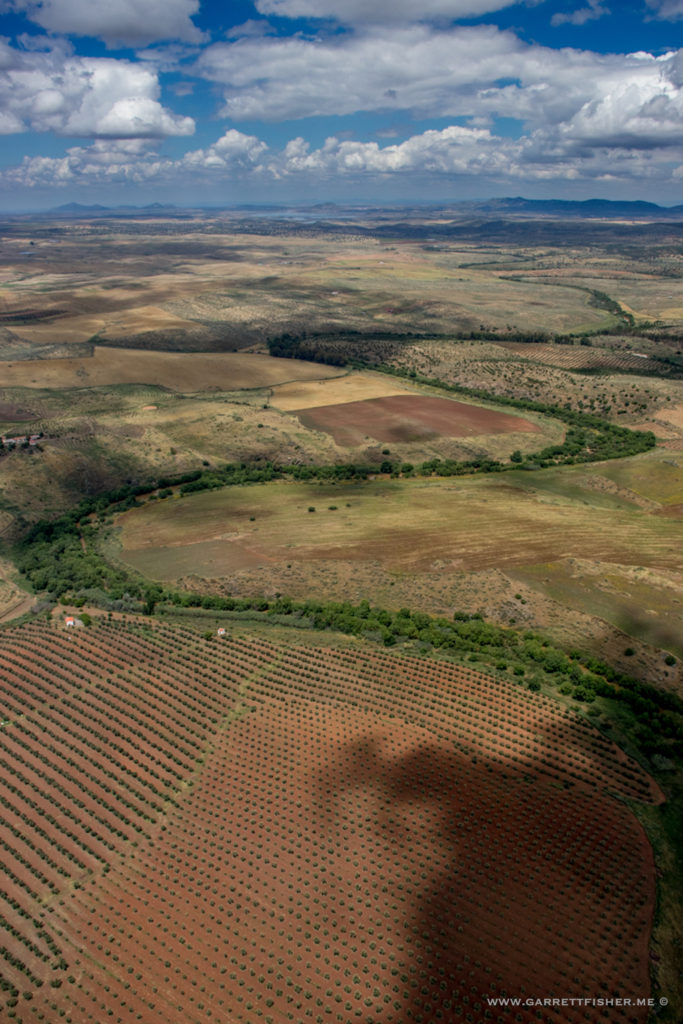 I believe these are cork oak trees, with spring flowers beneath. 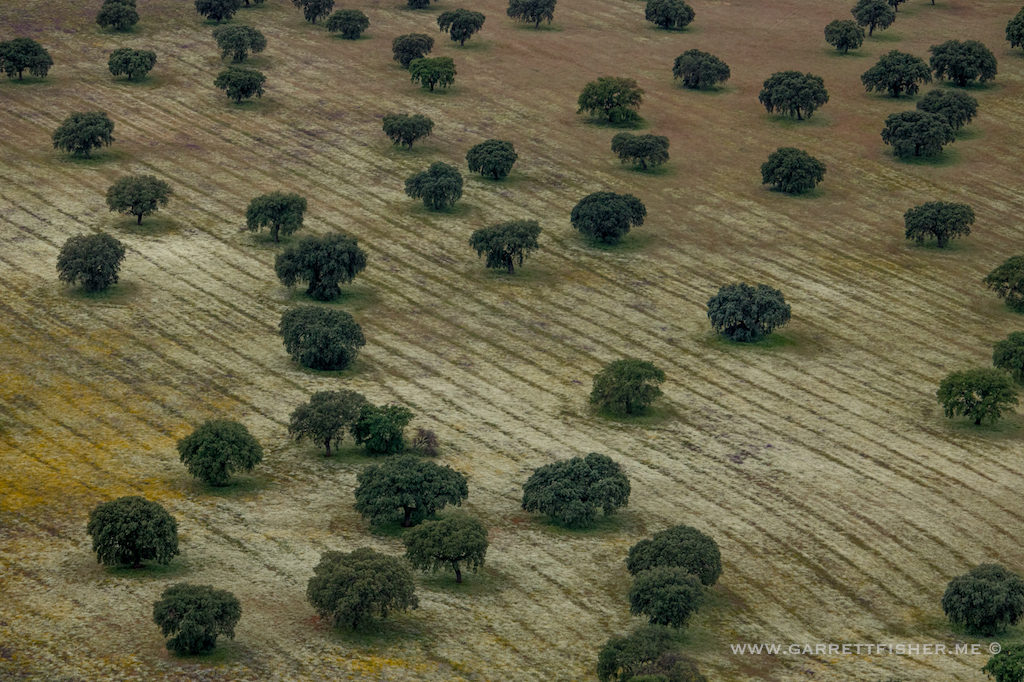 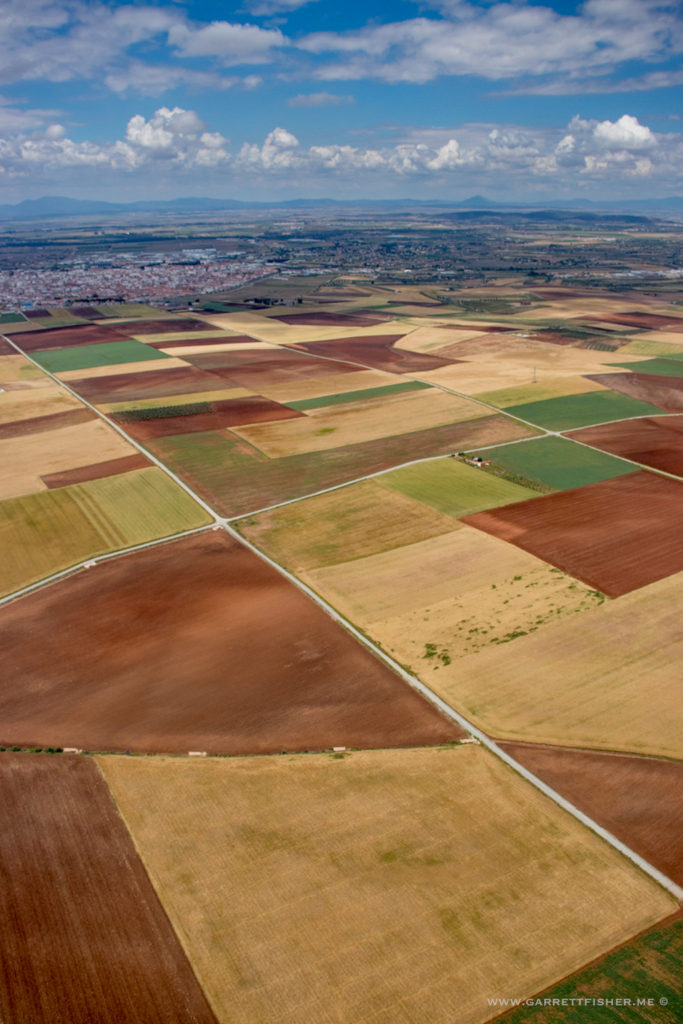 Rice patties east of Don Benito. The rice has not grown yet. When it does in the summer, it will be a powerful green. Right now its just flooded with water. 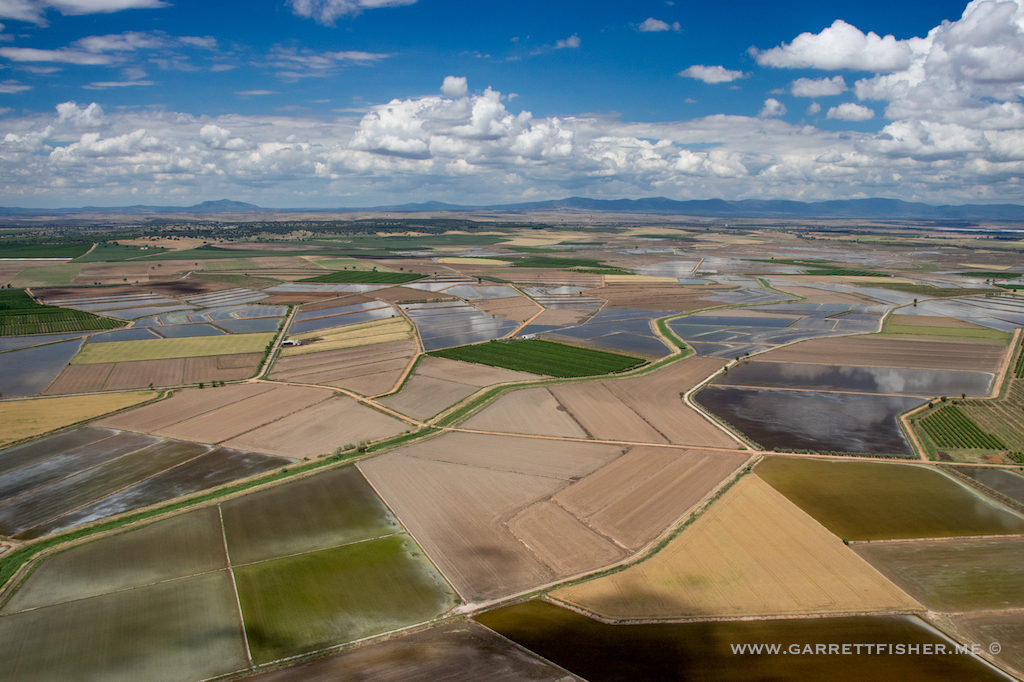 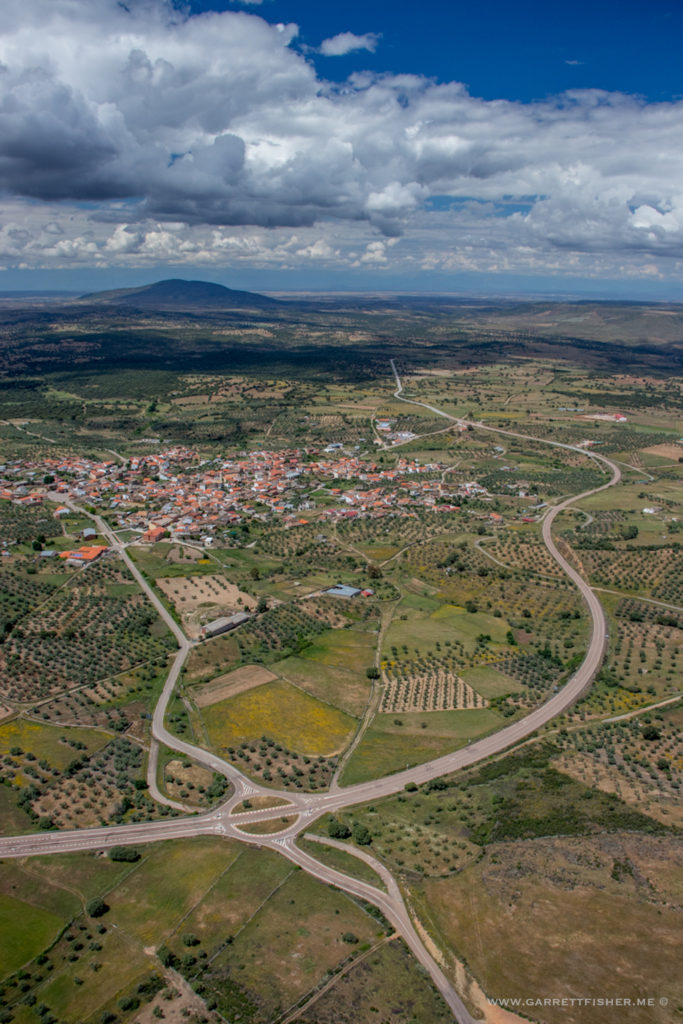 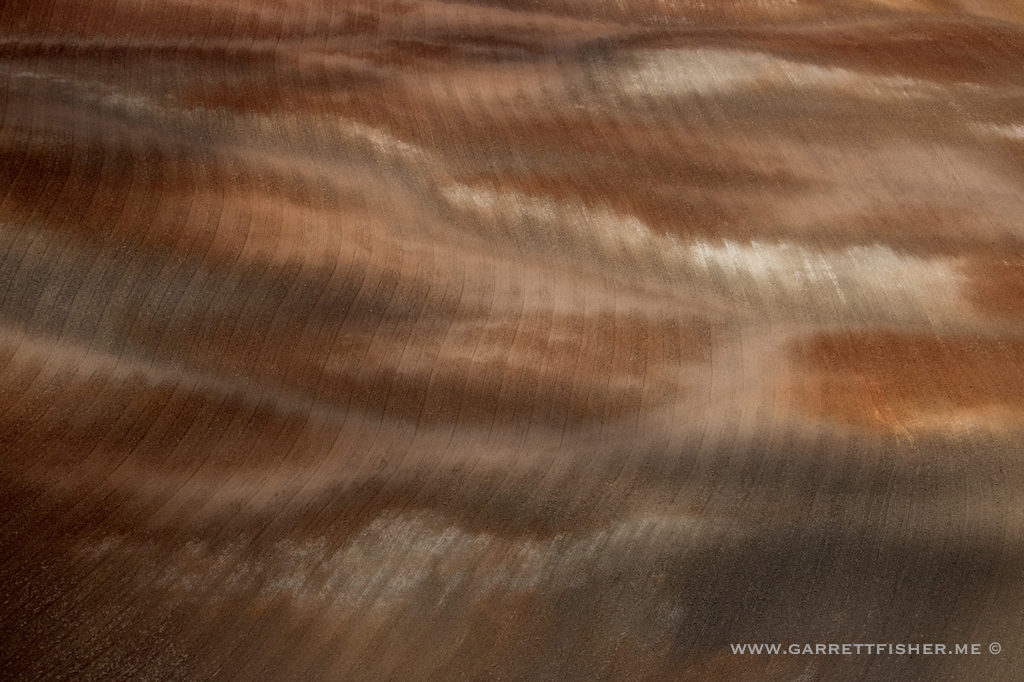 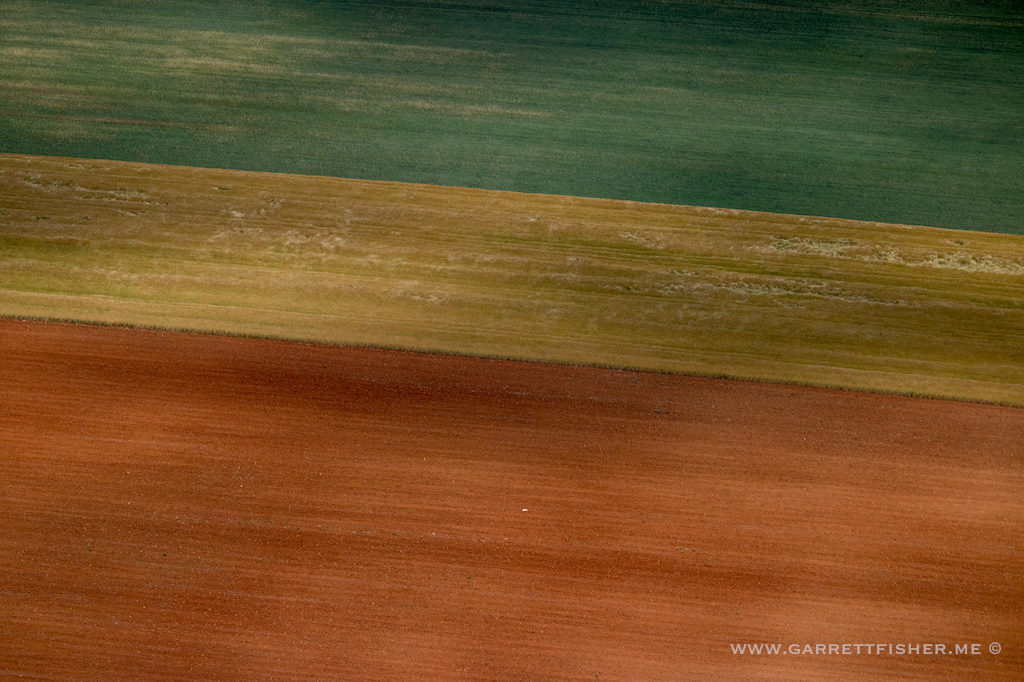 About 30 miles west of Madrid.

Quismondo, with the Extremadura Highway. We would drive this very road 5 days later, and the weather was exactly the same in each respective place.

Almost to Casarrubios for the night after just over 5 hours in the air. Too bad weather wasn’t as nice for the eastern half of Spain. 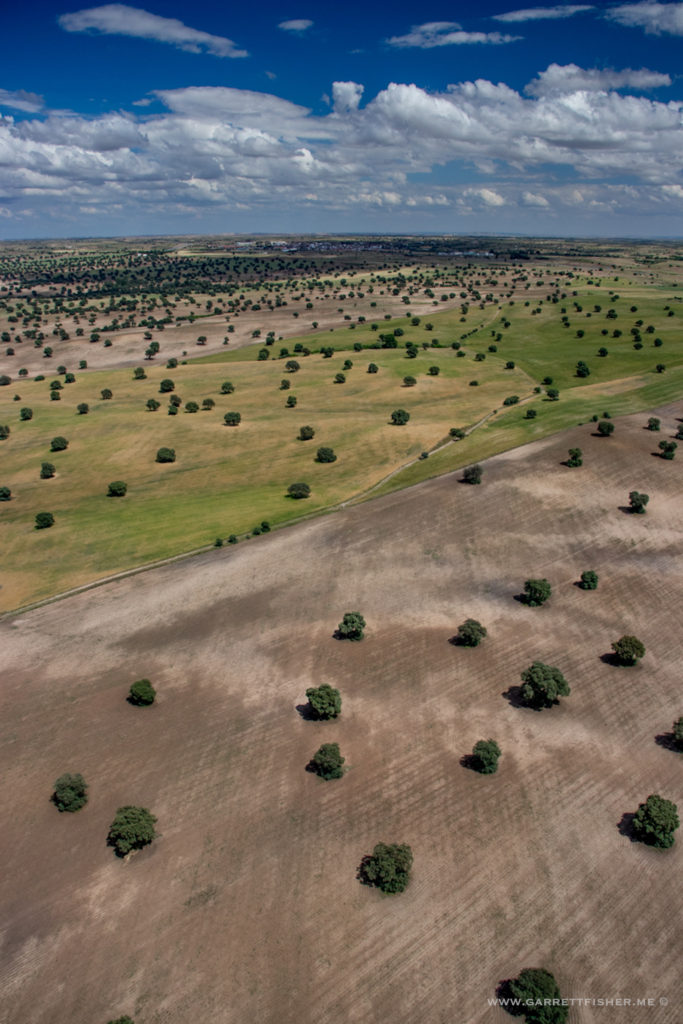 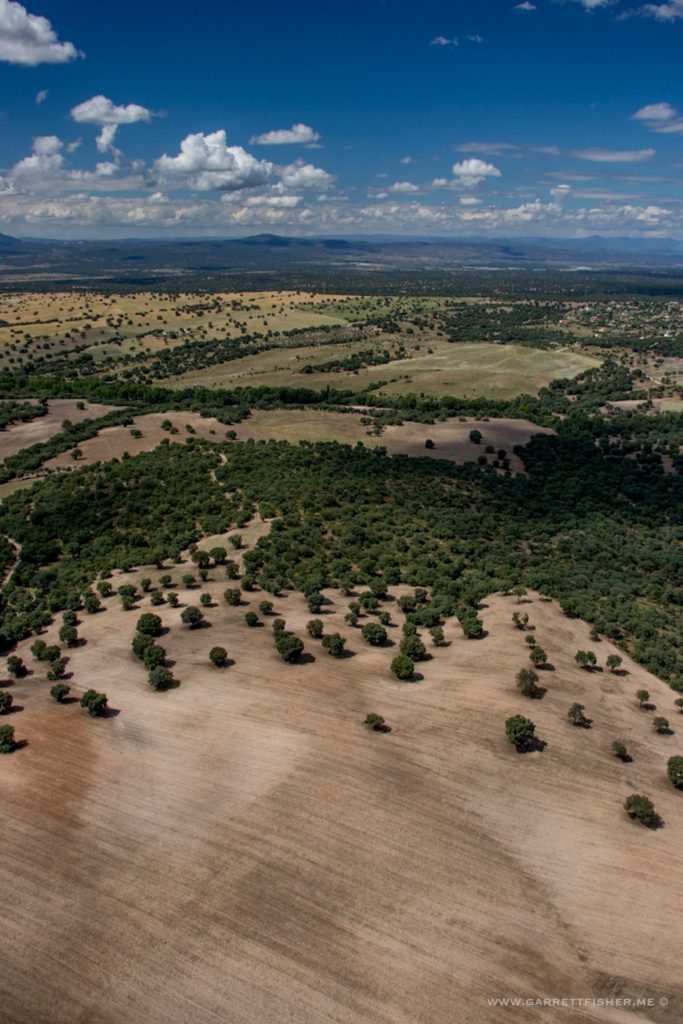