Weather is a very fickle thing when crossing the country; one can take nothing for granted. After getting up before sunrise, I discovered via my flight briefing that two weather systems did some odd things, and I was sandwiched in a window 100 miles wide of nice weather, with foulness to the north and south. When flying an old, slow airplane across the continent in the early spring, things eventually just boil down to statistical probability, and one must roll the dice and go.

Takeoff showed me an amazing view of the Ohio River, flooded over significantly. I came across some oil wells with vent fires, and one which was leaking oil due to flood waters. It seems silly to me to allow oil wells to be built without elevating them in flood plains, thus manufacturing unnecessary environmental problems. Then again, most natural disasters are a product of our modern civilization refusing to implement proper engineering (stilts, tornado cellars, fireproof siding, hurricane straps, etc.) in zones where it is needed.

After passing the flooded wells, it was evident that I had a tailwind, a very strong tailwind. GPS was reporting groundspeeds of 115mph to 120mph, which translates into a 35-40mph tailwind. That is ironic, as I was flying at 1,000 feet, and the winds at the surface were about 10mph. Even more ironic was that the 40mph tailwind was blowing against the prevailing winds, coming out of the east and blowing west. I was not complaining.

I made St. Louis in about an hour, and Kansas City in a total of three. That is correct, I was able to go from Evansville, IN to Kansas City, MO, in three hours, in a Piper Cub, using 15.5 gallons of gas. For every amazing tailwind, there is headwind to make up for it, something I learned later in the day, crawling at just over 60mph.

Flying through Kansas developed into a chore. The air was hazy, and I discovered why: Kansans burn their fields in March, and it was a post-apocalyptic annoyance with low visibility, haze, and smoke smell. Thankfully, I got past all of it, fueled up in Concordia, KS, and headed on.

Tailwinds became light headwinds, and then I passed a few clouds, which constituted a dry front. Groundspeed went from 85mph to 63mph, with lots of bumps that would be sure to make most humans vomit. I personally do not puke, though I understand why people do.

I checked the winds in Imperial, NE, my intended refueling point, in Concordia, KS, and they were 15 gusting to 23, mainly down the runway. Certainly not a problem, as I pressed on, I got an update, and it was the same. The stop was not razor thin with fuel, as airports get farther apart in the western plains, so I had a buffer. It turns out, I needed it. Headwinds were merciless, and I limped in with a minimal amount of fuel. On final to land, the winds were 30 to 40 degrees crosswind, no longer down the runway, and blowing with a fury, such that I could not get the airplane lined up with the runway without getting blown off course. After a variety of attempts, I had to power up and go around to prevent the landing from going bad, the first time I have had to do that in years. A go around is more common with newer pilots, as it is a reset button of sorts, allowing one to return to the skies to try the whole thing again. In this case, it was an absolute necessity.

As I got some altitude, I saw that there was an unpublished grass strip crossing the paved runway. “Perfect,” I thought, as grass is more forgiving than pavement in crosswinds. On final, yet again, the airplane was cocked 40 degrees into the wind, and I knew it would be the same. With fuel getting very low, I had to get on the ground, though it was preferable to be in one piece. I noticed that the lawn in front of the airport office was spacious (though only 300 feet long), and the windsock was at the end, with the wind pointing perfectly down the lawn. “The hell with it,” I thought, turned toward the lawn, and landed there and came to a graceful and quick stop with the wind. That was a first. Checking the winds on landing, they were 25 gusting to 32, a nonstop “prairie wind,” which does not vacillate like wind in the East. It is an almost enraging non-stop wind, which doesn’t work well with crosswinds, as the gap between gusts is needed to landed. This explains everything.

At this point, I knew I could not make Laramie, WY. The winds were crazy and Laramie is high up as well, making all things worse. Checking the weather forecast for western Wyoming, the whole thing now got worse for tomorrow with snow and low ceilings, and I was just not in the mood to get most of the way there and sit in the desert stuck, 200 miles from an international airport to get home. Checking my calculations, Boulder, CO was a 2-hour flight, arriving just before sunset. I took off into the roaring wind, and headed SW for Colorado.

The flight into Colorado was pleasant. Headwinds turned to tailwinds, and bumps gave way to still air as the sun started nearing the horizon. Strong tailwinds gave way to lighter winds, and eventually dead still arriving at Boulder, 4 minutes before the sun went down. Two hours later, I was at my hotel near Denver International, and arrived back to the coast the next evening on a commercial flight. The plane will have to wait until we move out here, and I’ll come back and get it once we’re settled. At least she’s at the same airport I did my commercial training a year ago, in good hands. It’s amazing how I ended up back there, not thinking that was a possibility when I left Colorado last June. 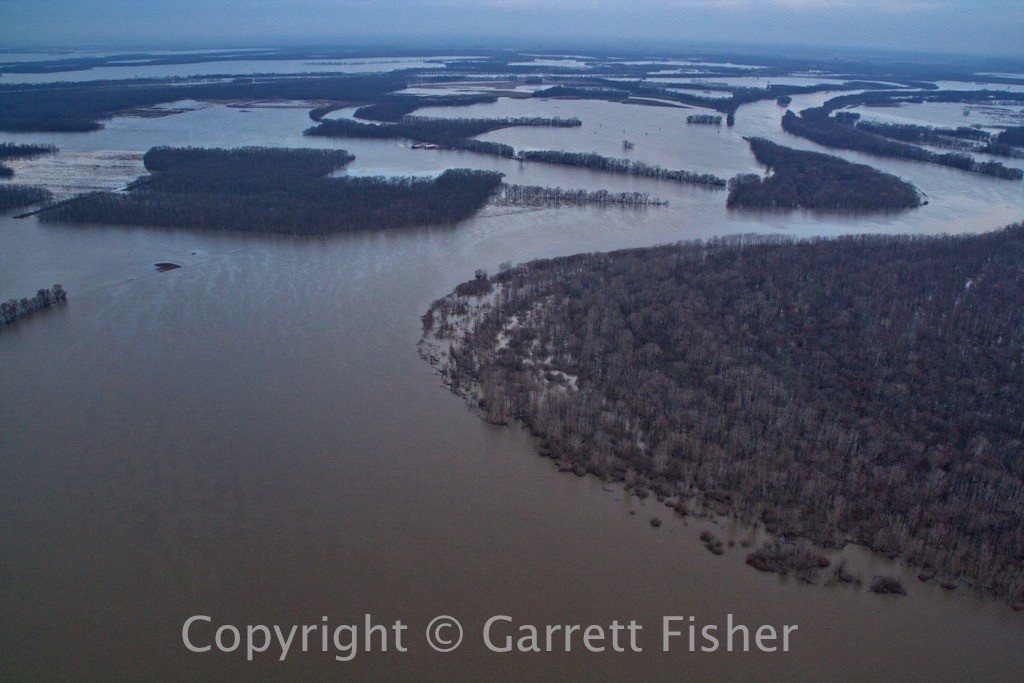 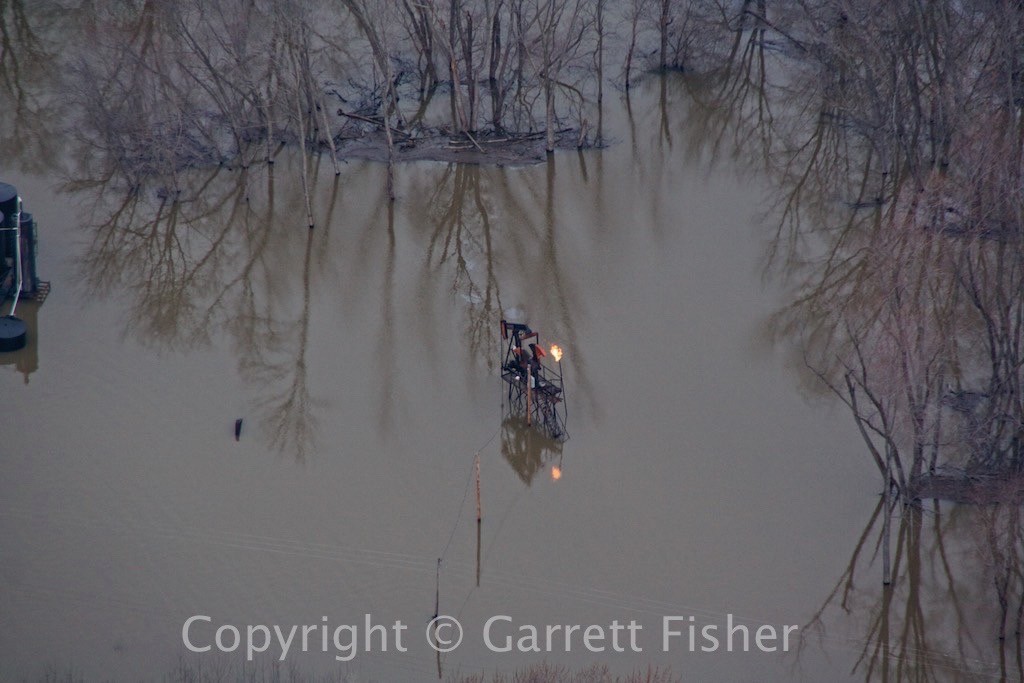 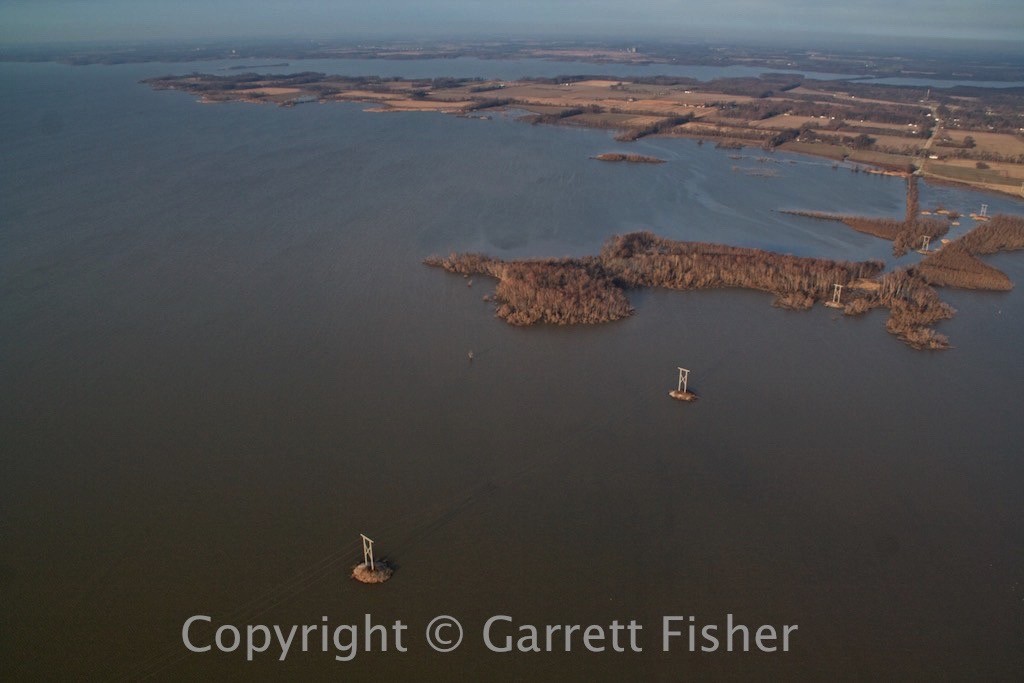 Some Sort of Tailings Pond in Illinois – Seems Mysterious 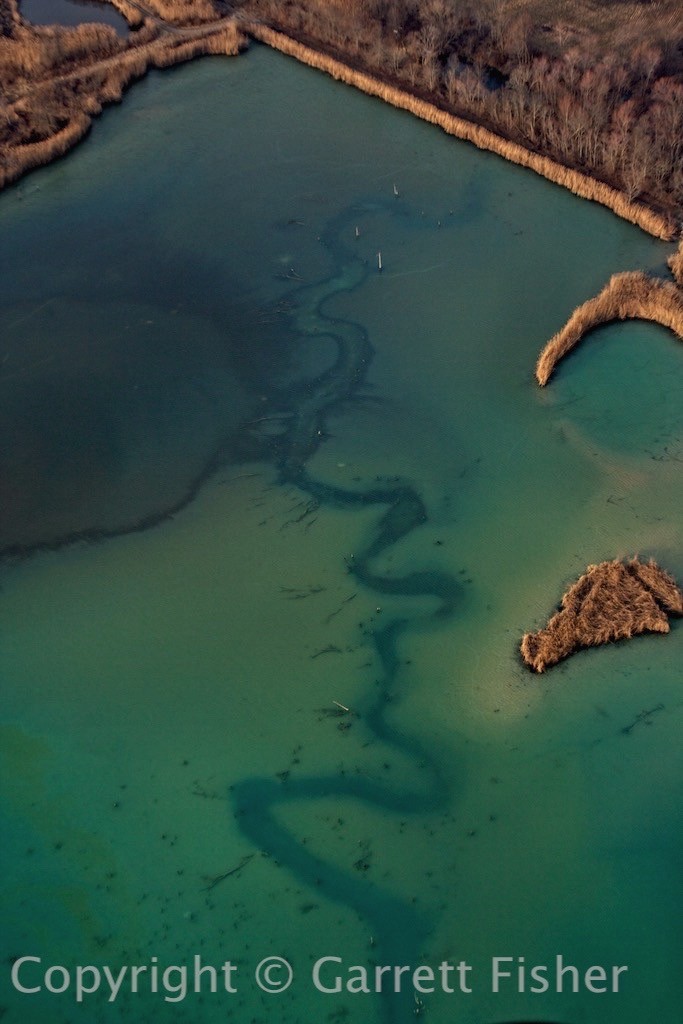 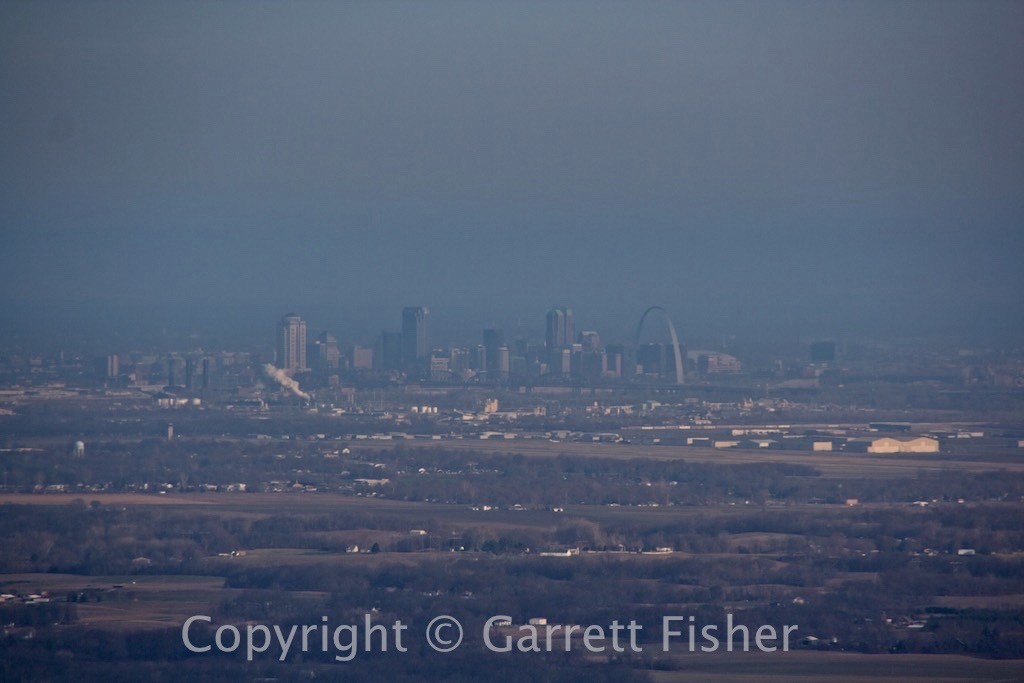 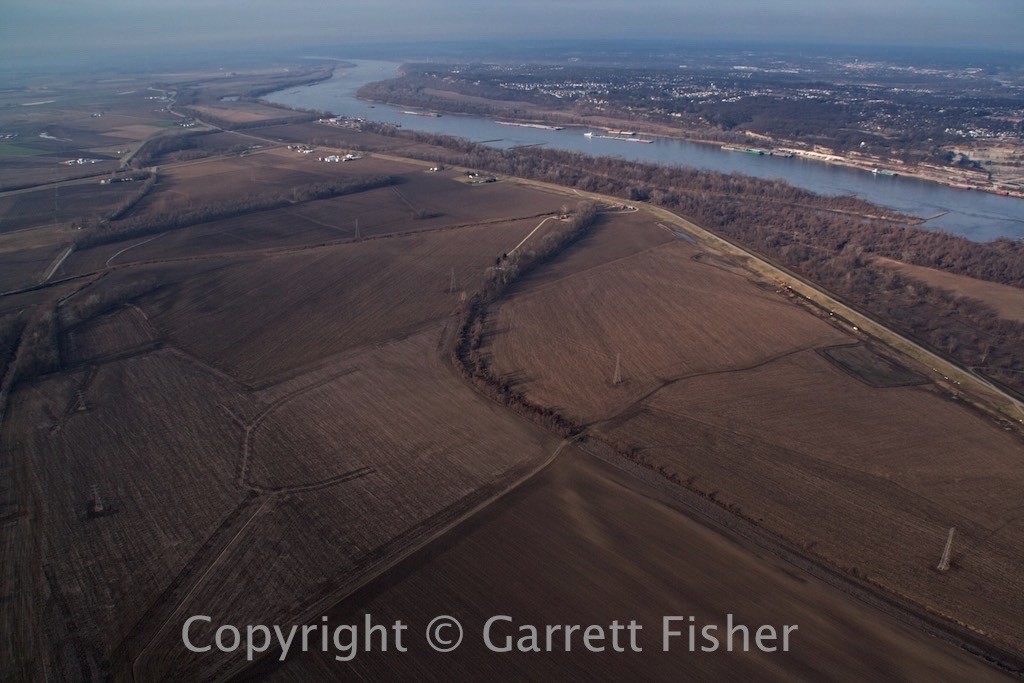 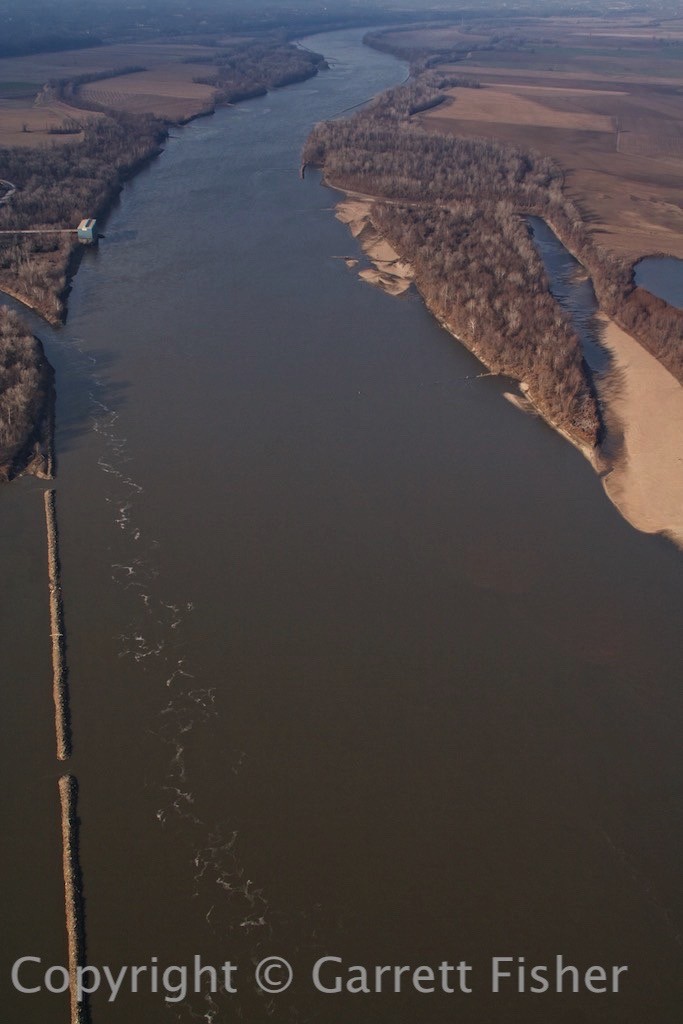 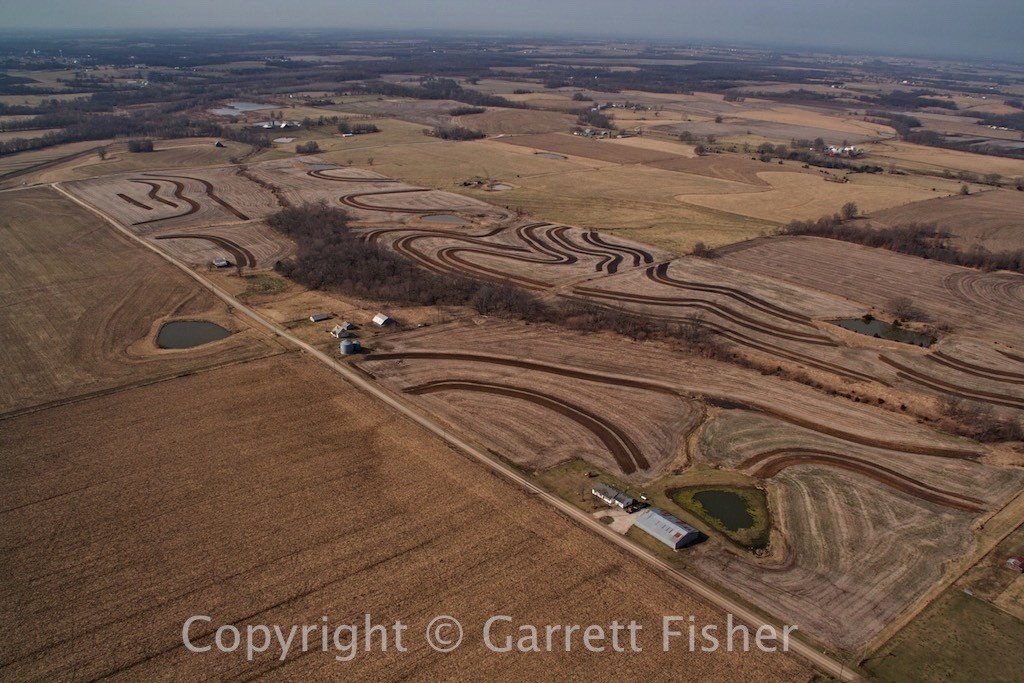 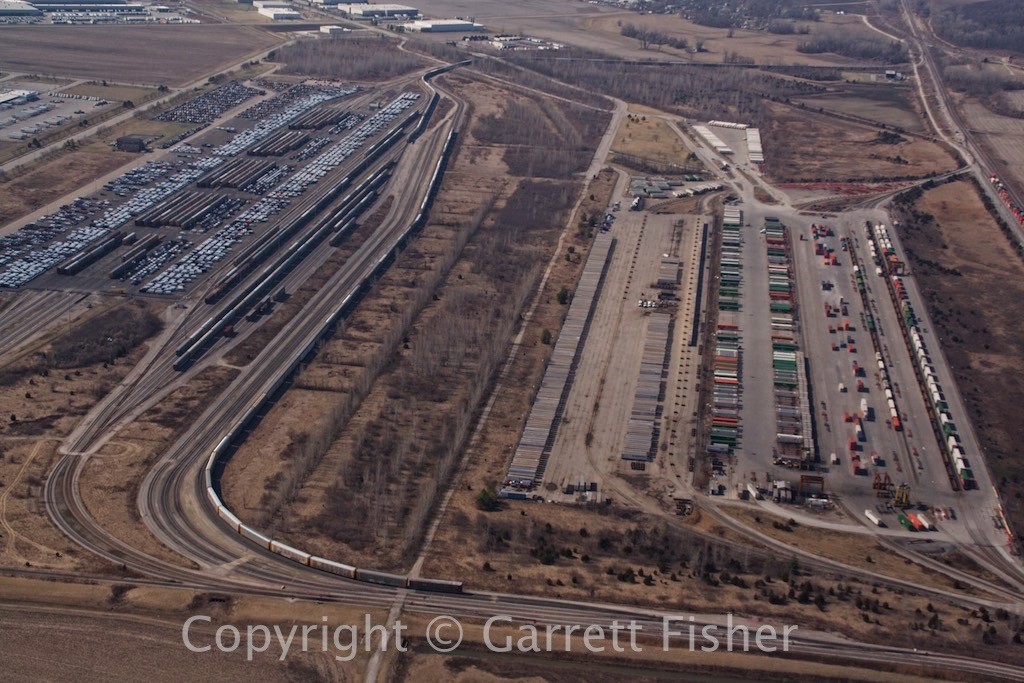 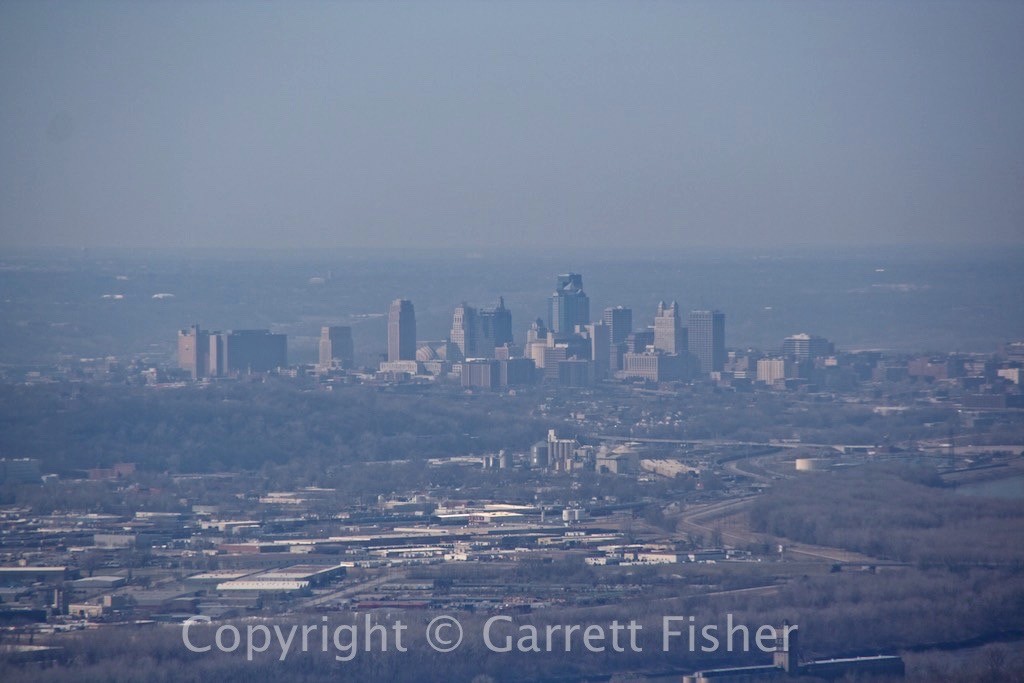 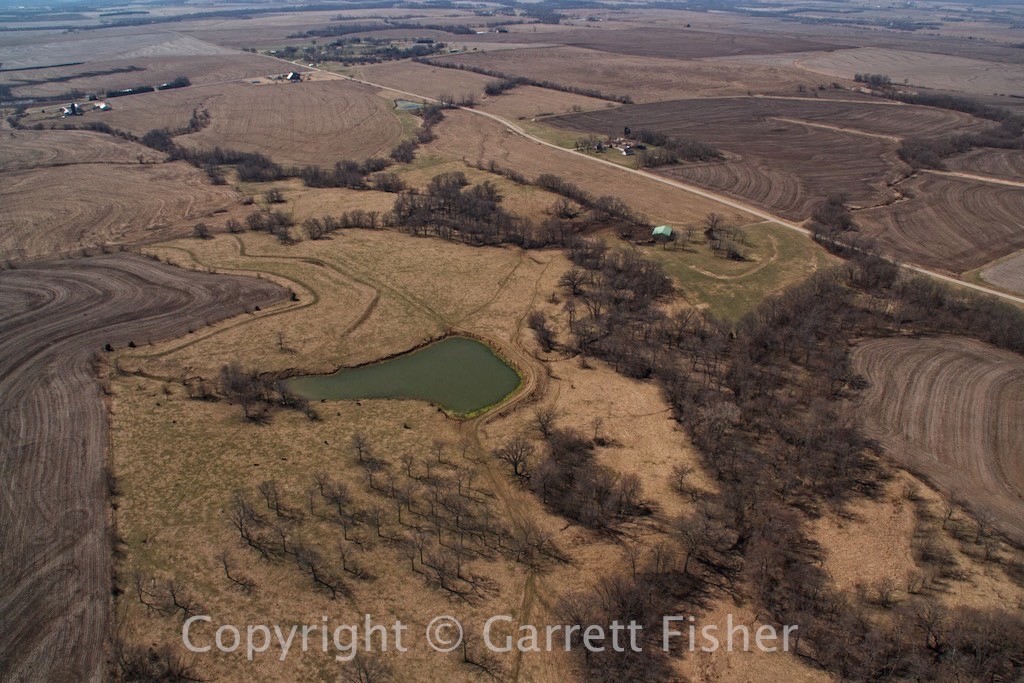 It appears that the streets of this town are paved in blood. 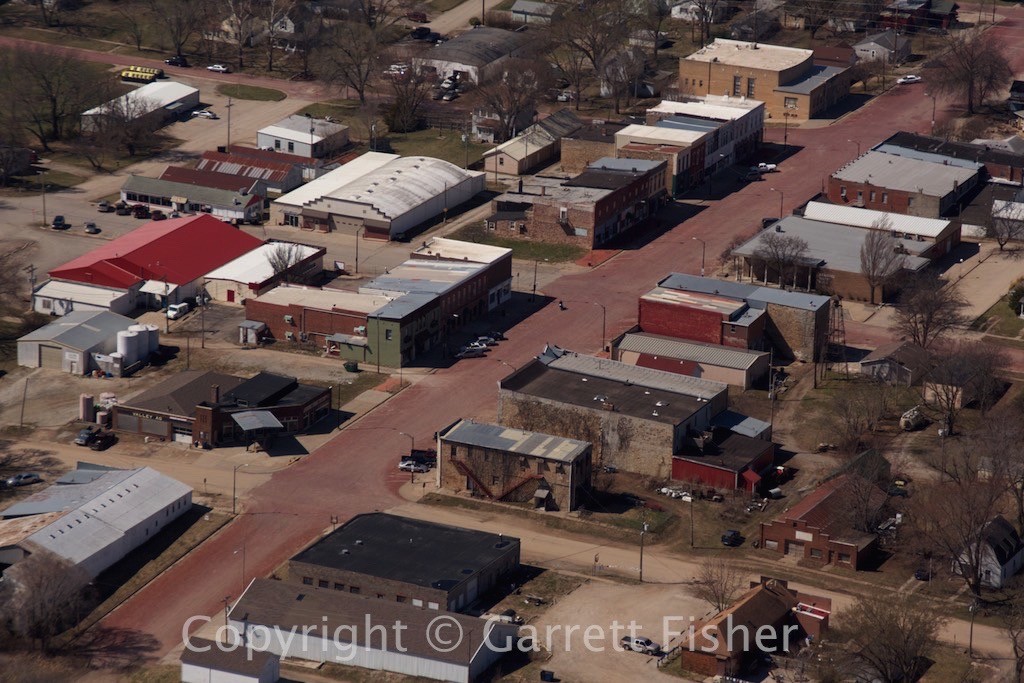 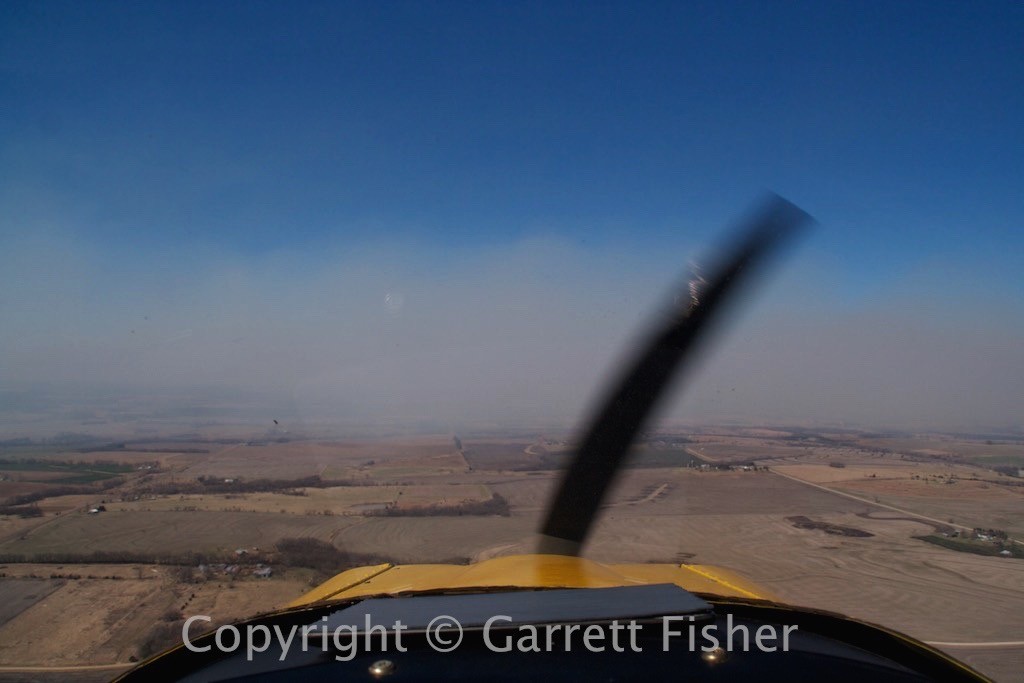 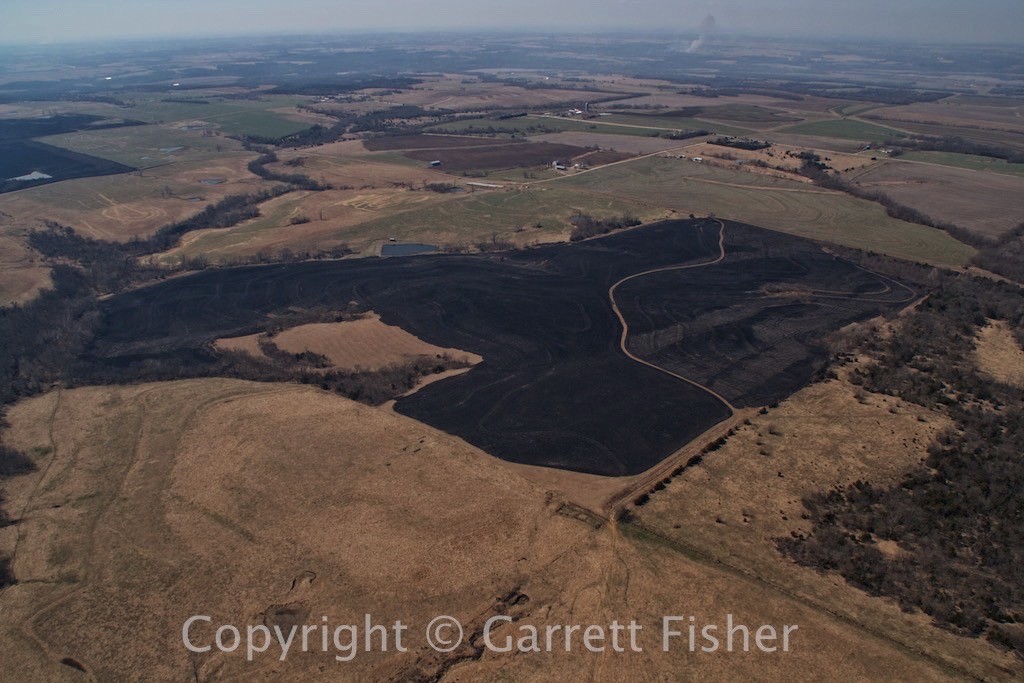 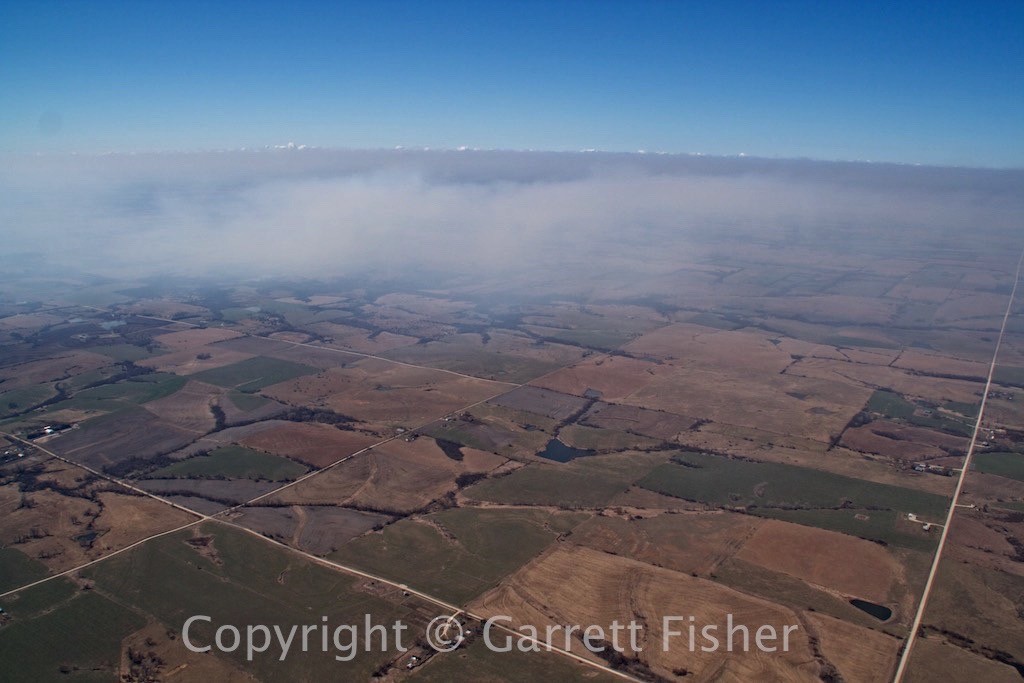 Not so full reservoir – central KS. 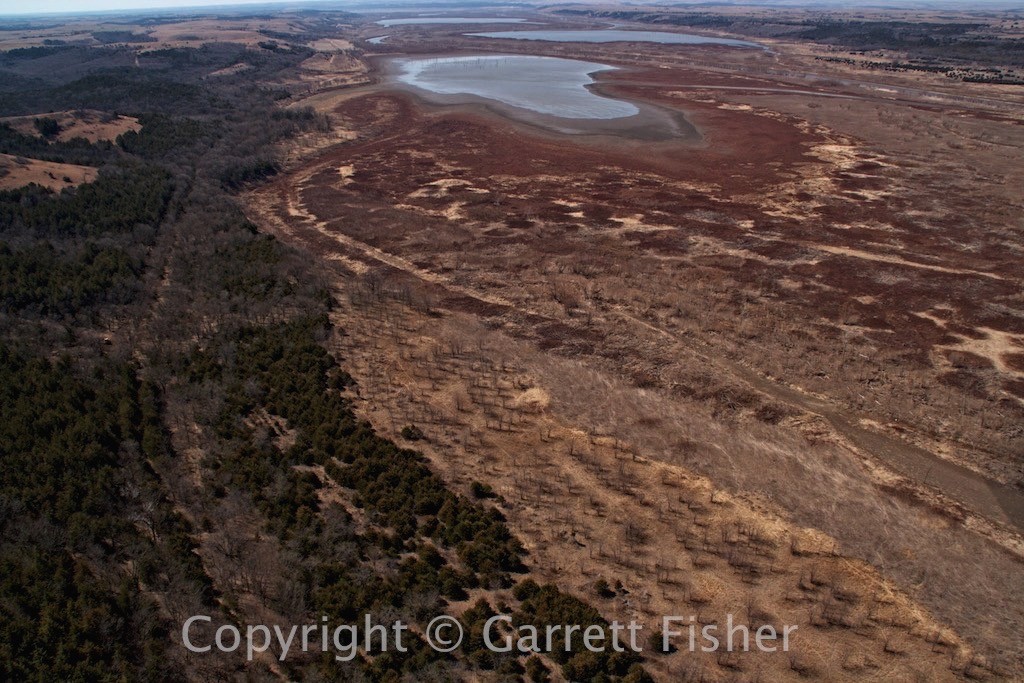 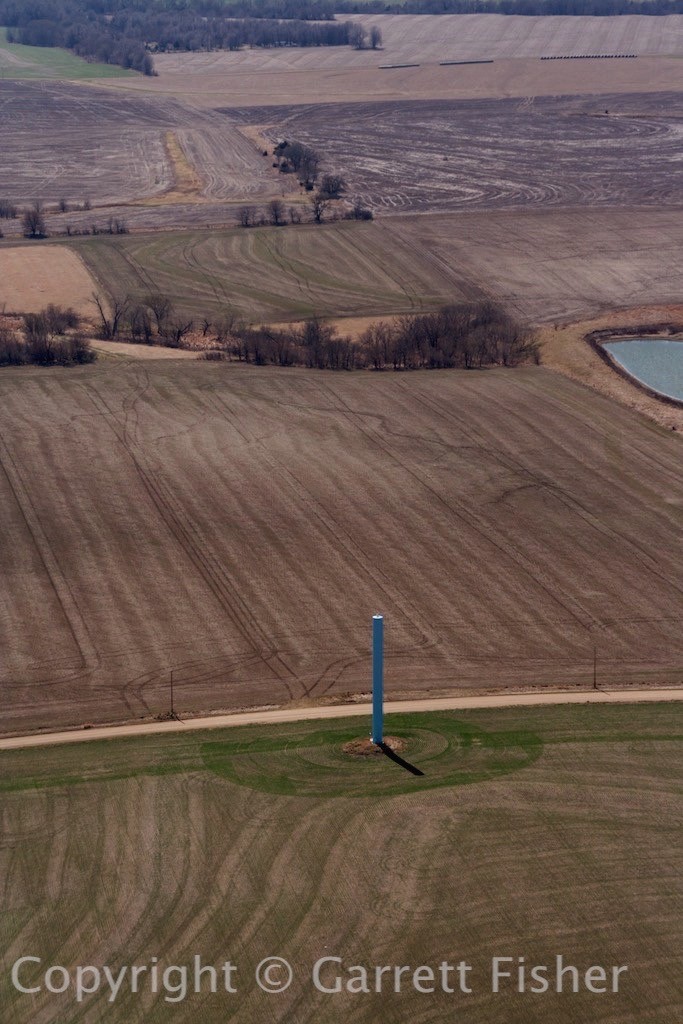 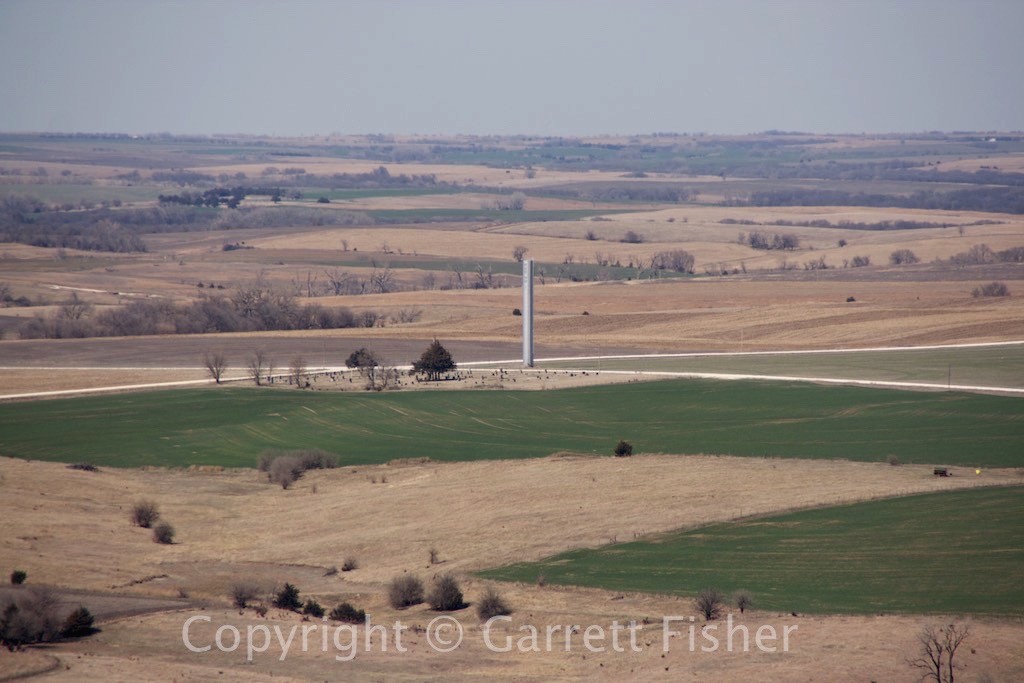 Kansas on the left, Nebraska on the right. 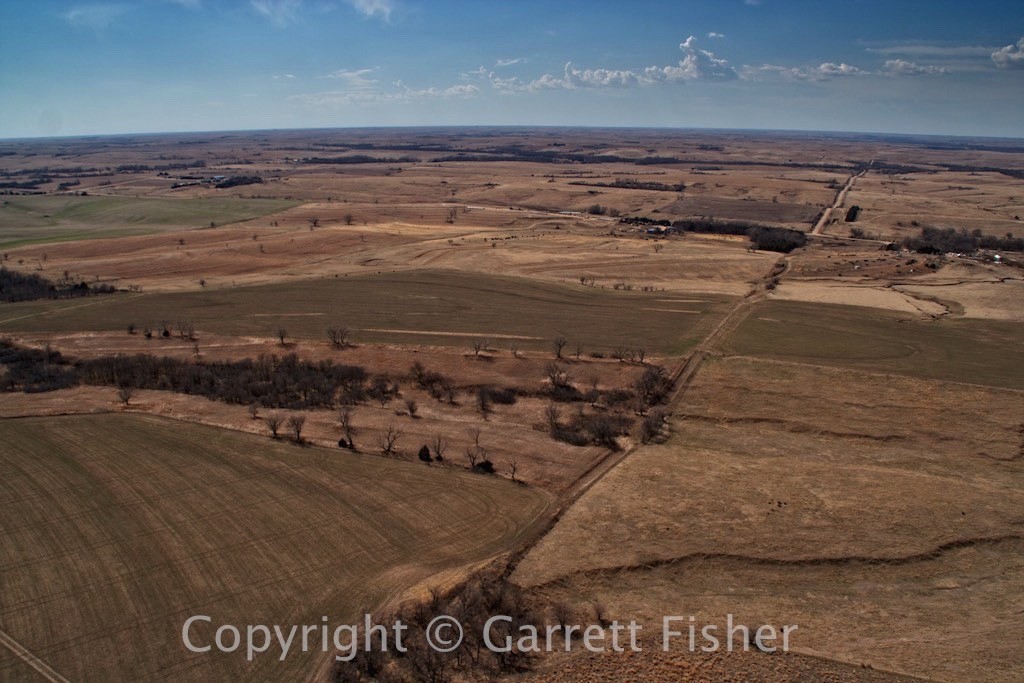 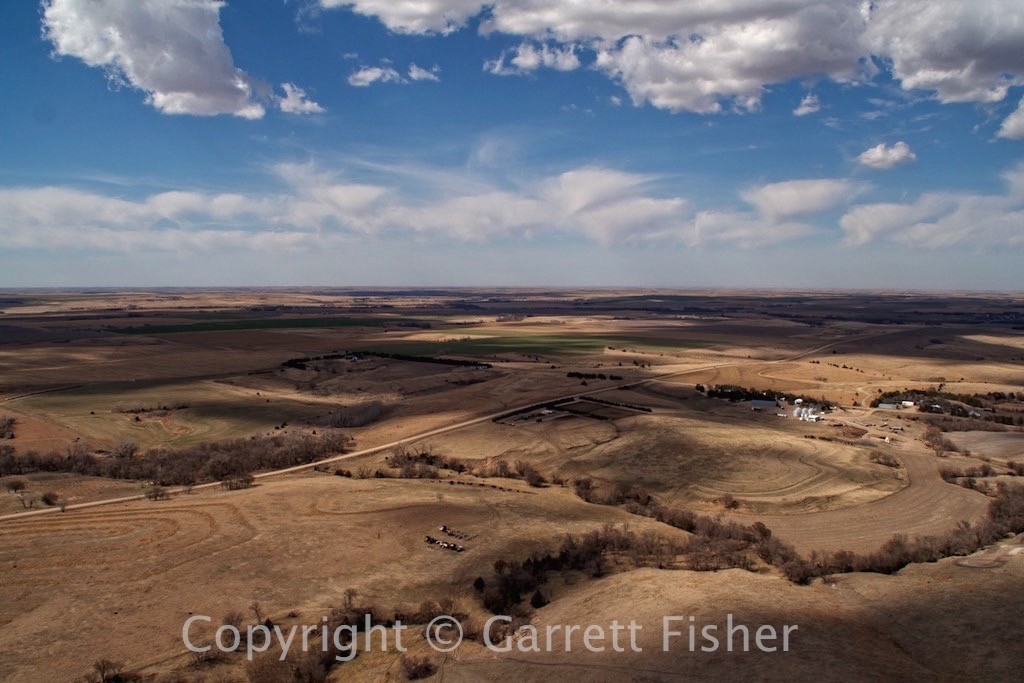 Dust devil with cow concentration camp in the background. 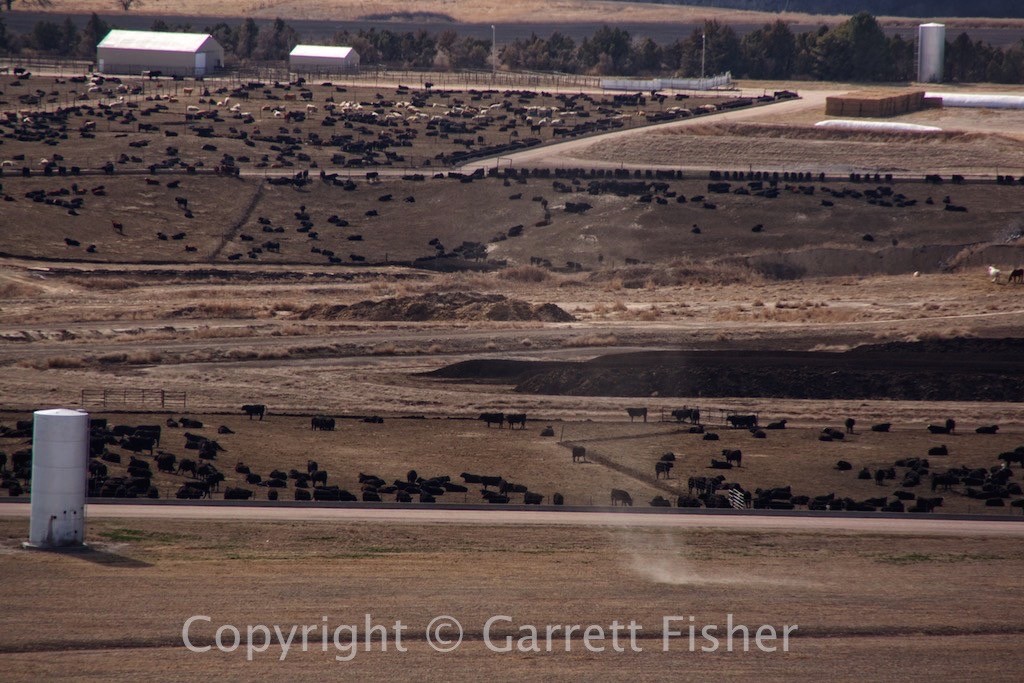 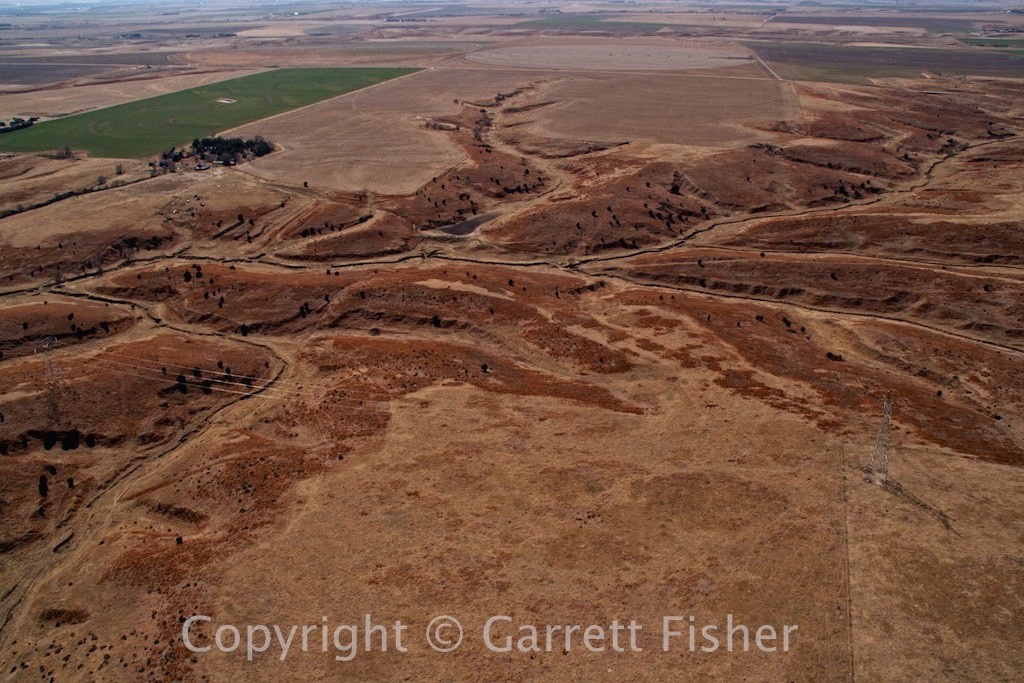 This is what eastern Colorado looks like. Ground elevation over 4,000′. 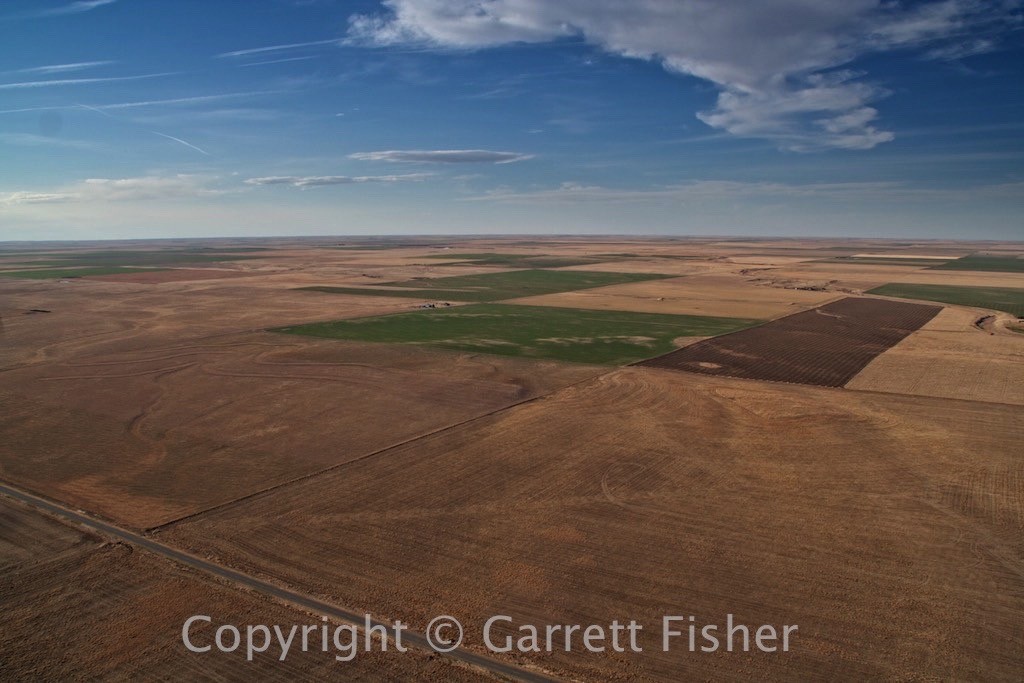 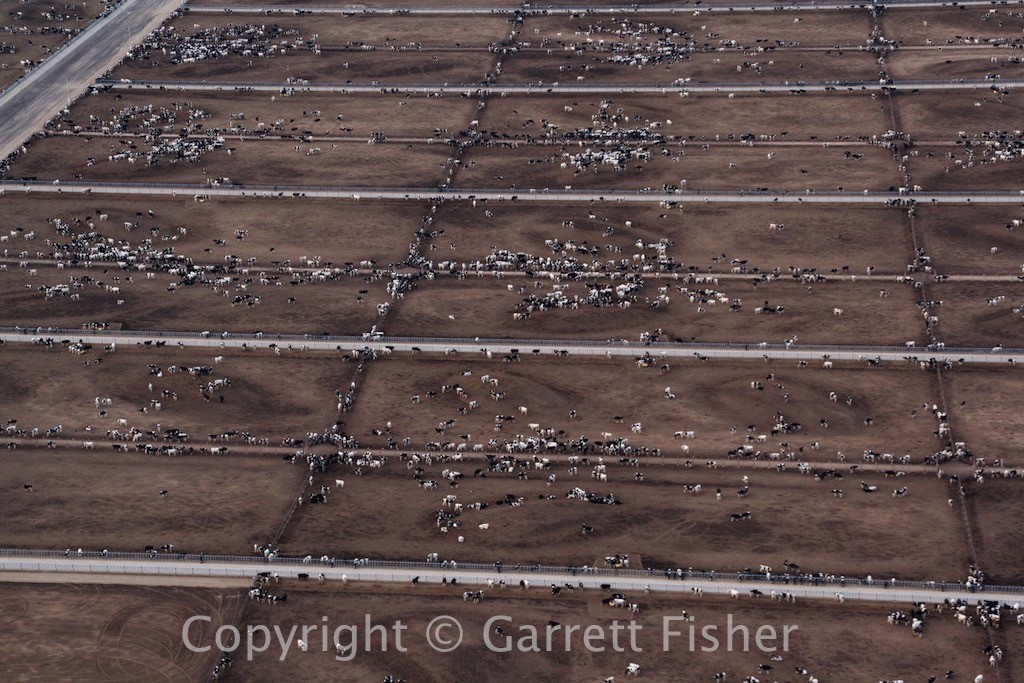 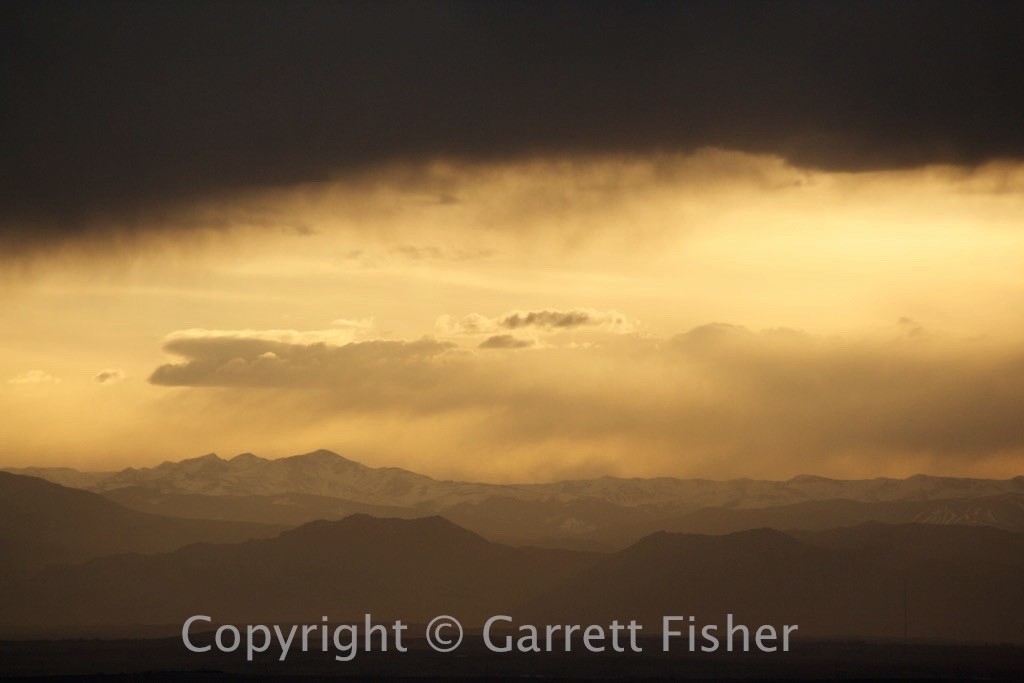 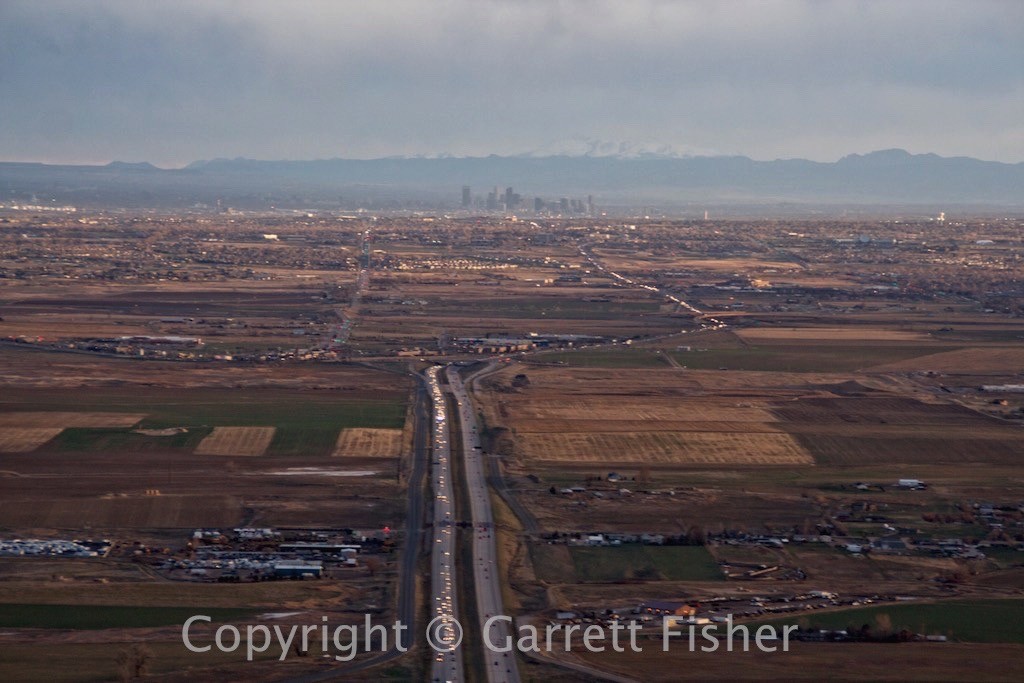 Longs Peak, Rocky Mountain National Park. The last time I flew around that peak, 200 feet of it was sticking above the clouds. 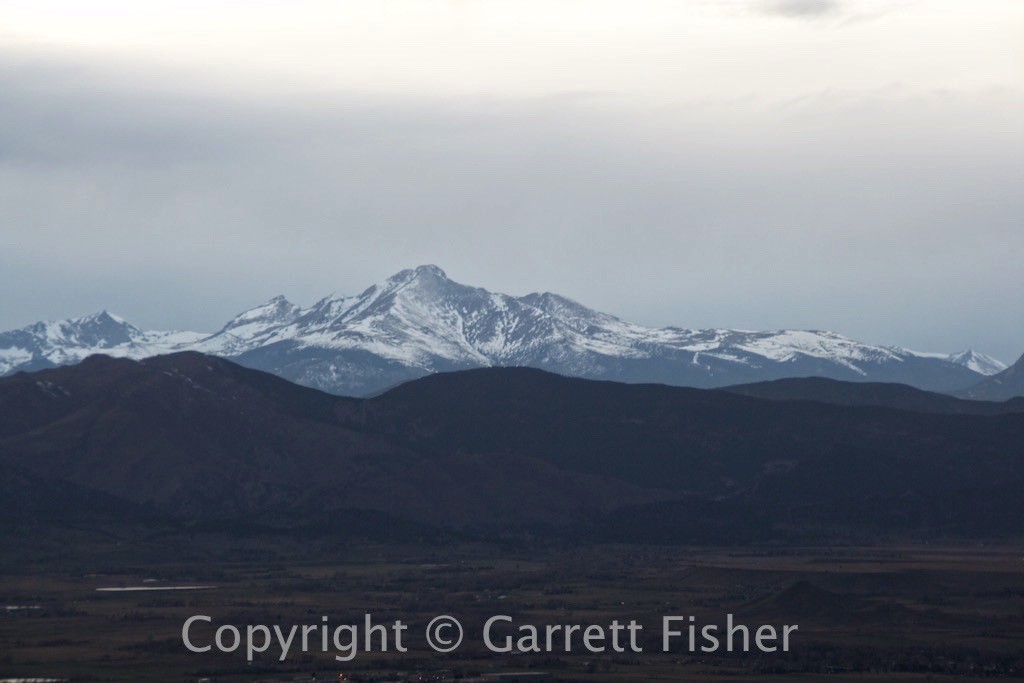