The time finally came to take the plane to the coast. Unlike photography flights, the trip to the coast is primarily to move the airplane, and any photographs that I get are icing on the cake. It is amazing how few times the weather is good for photography, despite the fact that 80% of the time in the Southeast, it is safe for flight. Fortunately, this Monday flight had nice weather all around, despite a slight headwind going east.

I was greeted with some low clouds and fog while driving to the airport, something that was not forecast, and was a present reality. The flight briefers advised that the eastern half of the state was socked in, though all of it was forecast to burn off quickly. It is quite normal that the weather is like a moving set of puzzle pieces, where things change and hopefully line up to come into place. A person could literally be driving to the airport in terrible conditions, prepare the aircraft, and have it all change in time to go, while the puzzle pieces move around along the route of flight. This time was no different.

The fog was mostly gone upon takeoff, and my route of flight over Lake Norman took me over some residual fog that was burning off. Quite a beautiful sight, I also was able to see a seaplane take off on the lake. This particular airplane was tied down at Lincoln County airport for a good portion of the summer, for reasons unknown. 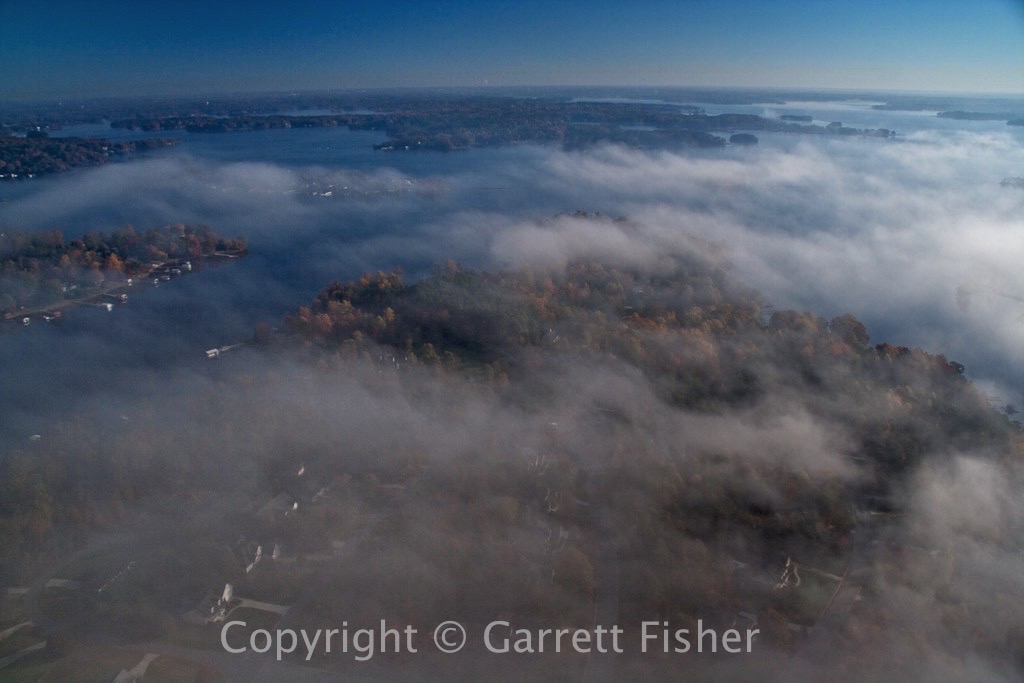 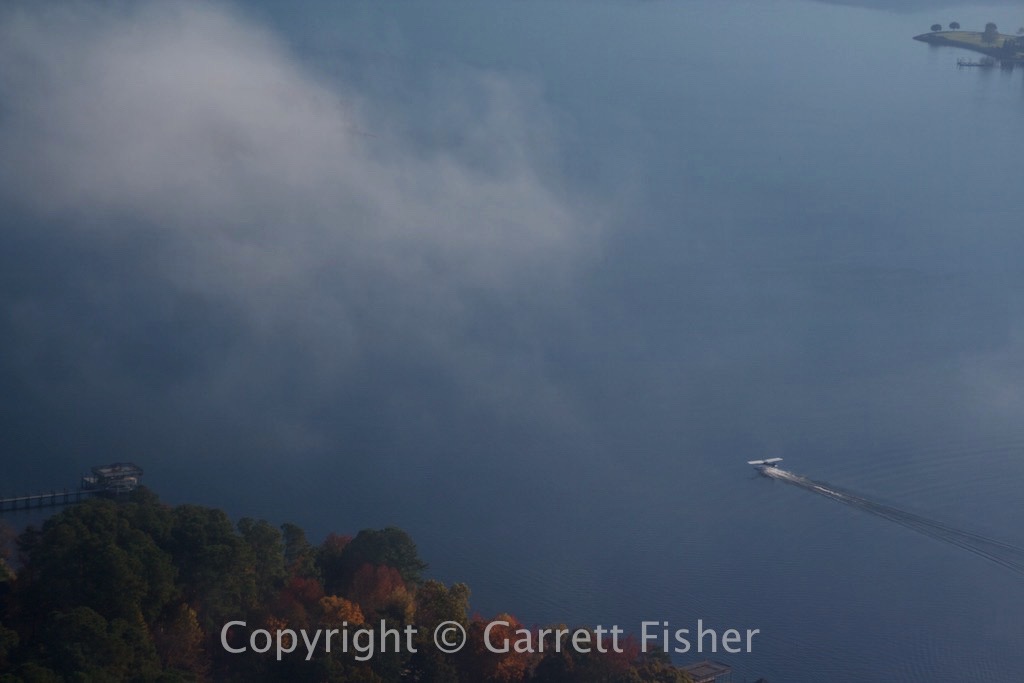 Continuing on and past High Rock Lake, a large fire of manmade origin created some interesting smoke layers in the lower atmosphere. This was followed by Jordan Lake south of Raleigh, a rather pretty lake, although being unfortunately manmade like the bulk of them in the South. After growing up on the Great Lakes and visiting the Finger Lakes in NY, the concept of fake lakes will never be the same as a real one. 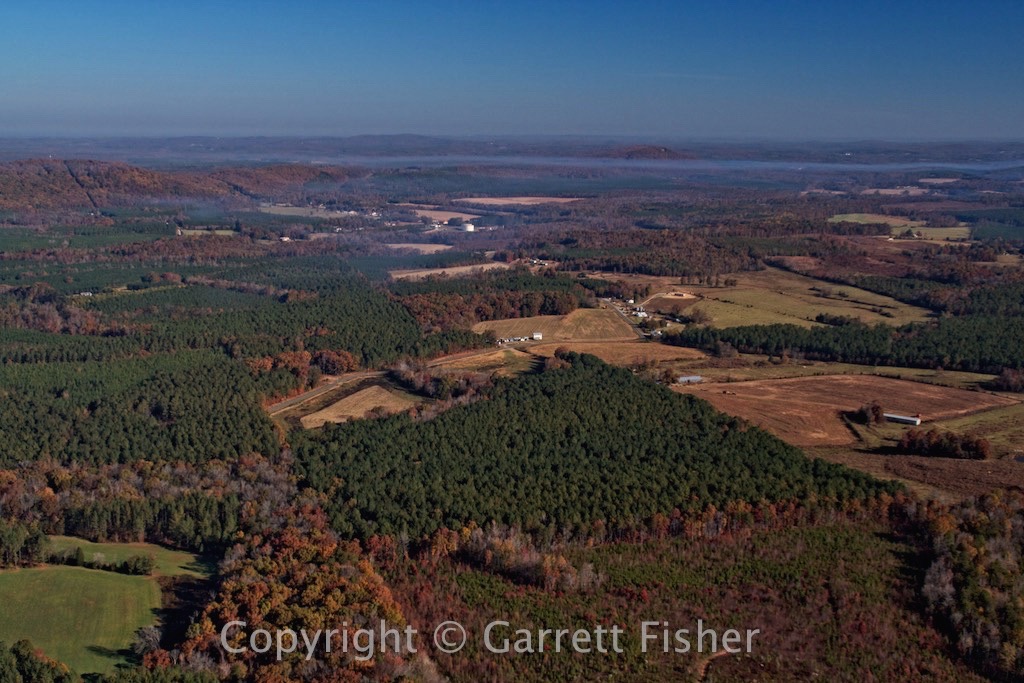 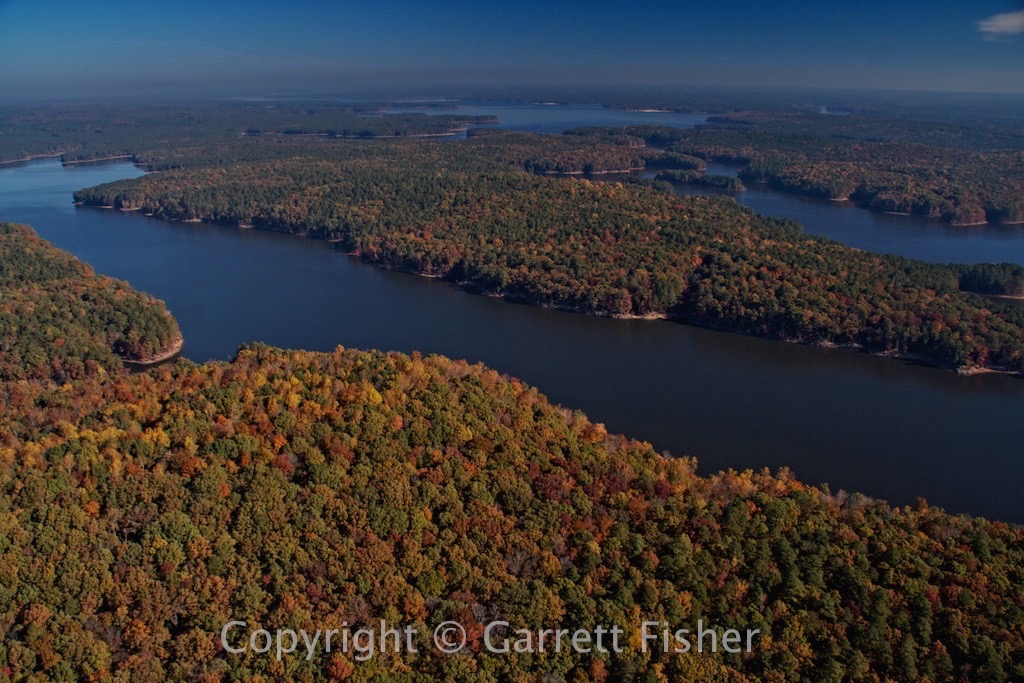 After Raleigh, the Piedmont gives way to the coastal plain, an obviously flat region, which hosts a variety of differing field textures. The soil is heavily laden with sand, and makes for some agricultural techniques that are not found elsewhere. South of Plymouth, NC is nothing but flat fields with absolutely nothing in between, which makes for some amazing low altitude flying (that happens to be legal, too). There were some interesting sights, including cotton fields, harvesters out working, and some form of gelatinous pond filled with what looked like glowing substances. One thing that is true any time I fly somewhere is that there is always something odd and interesting to see, always. 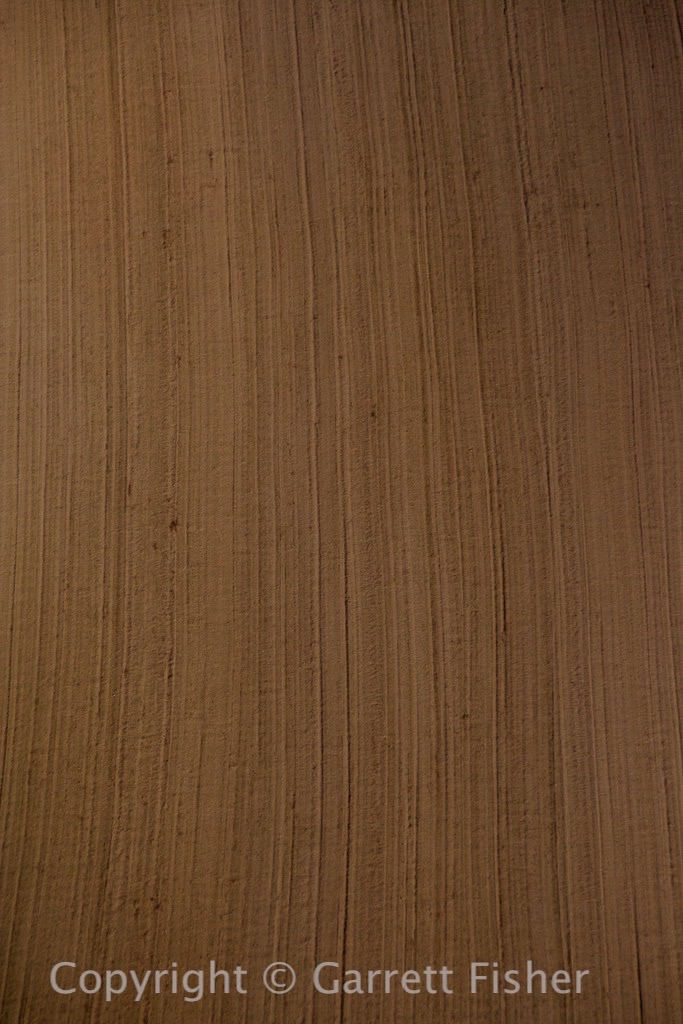 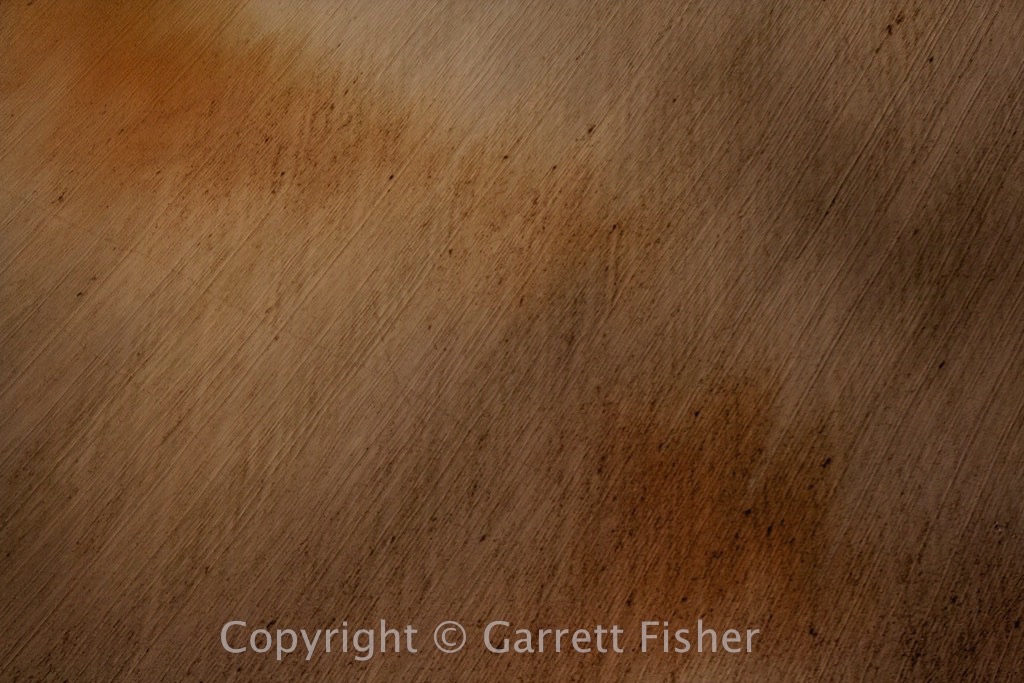 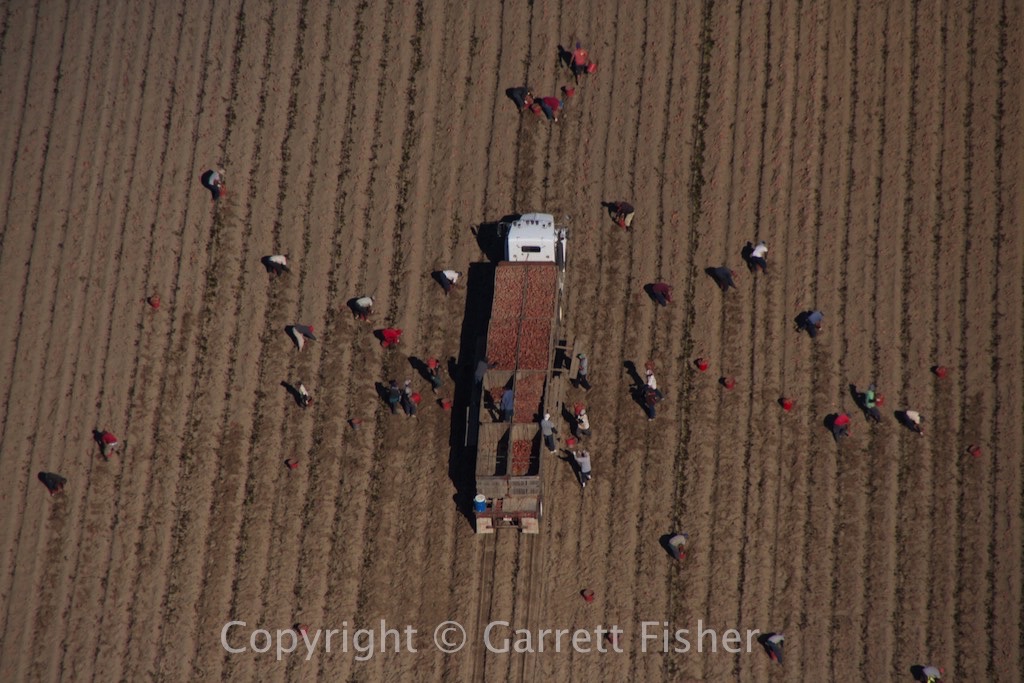 Harvesters – Does not look fun 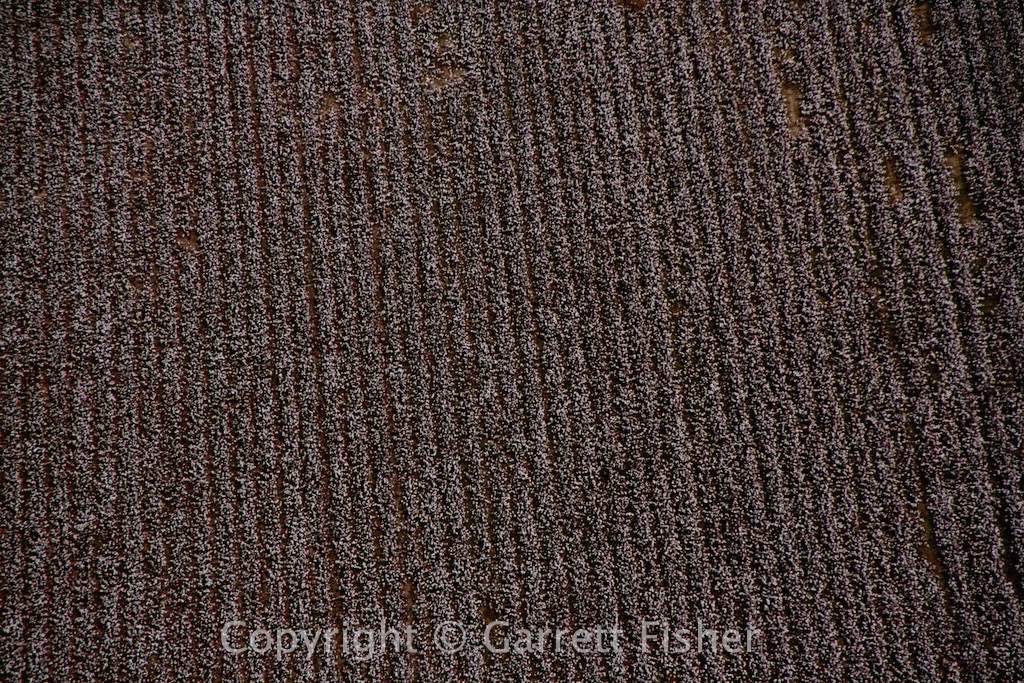 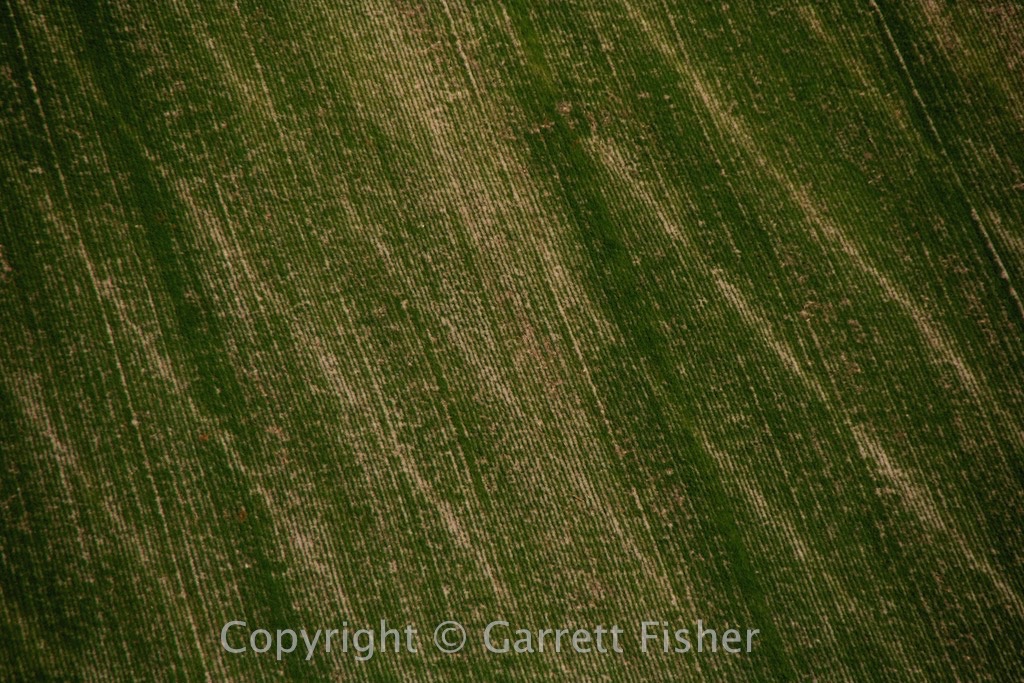 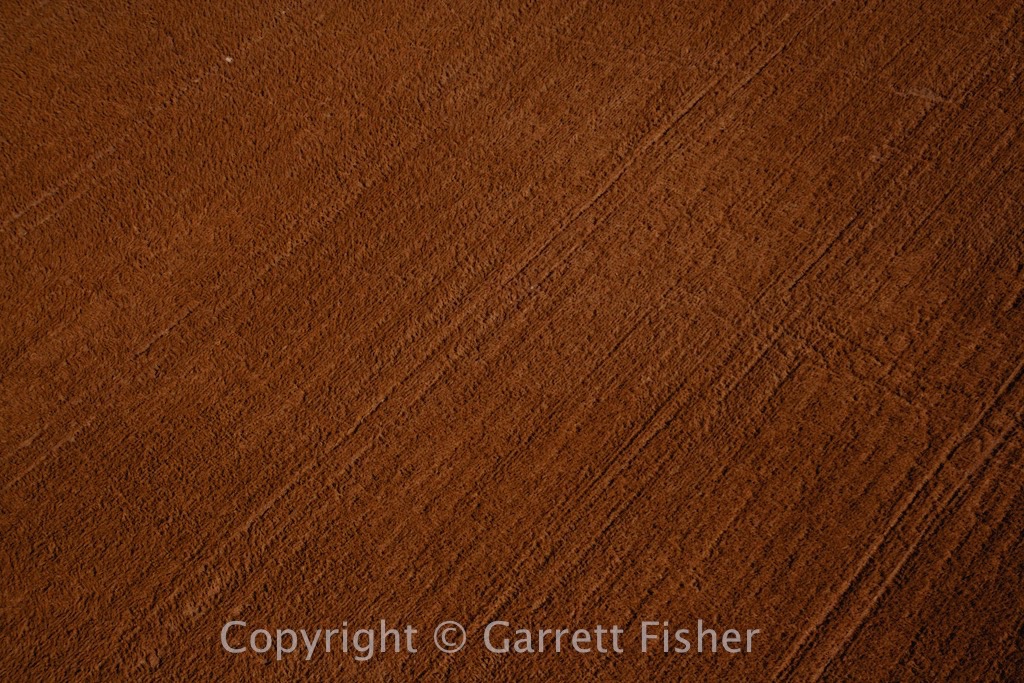 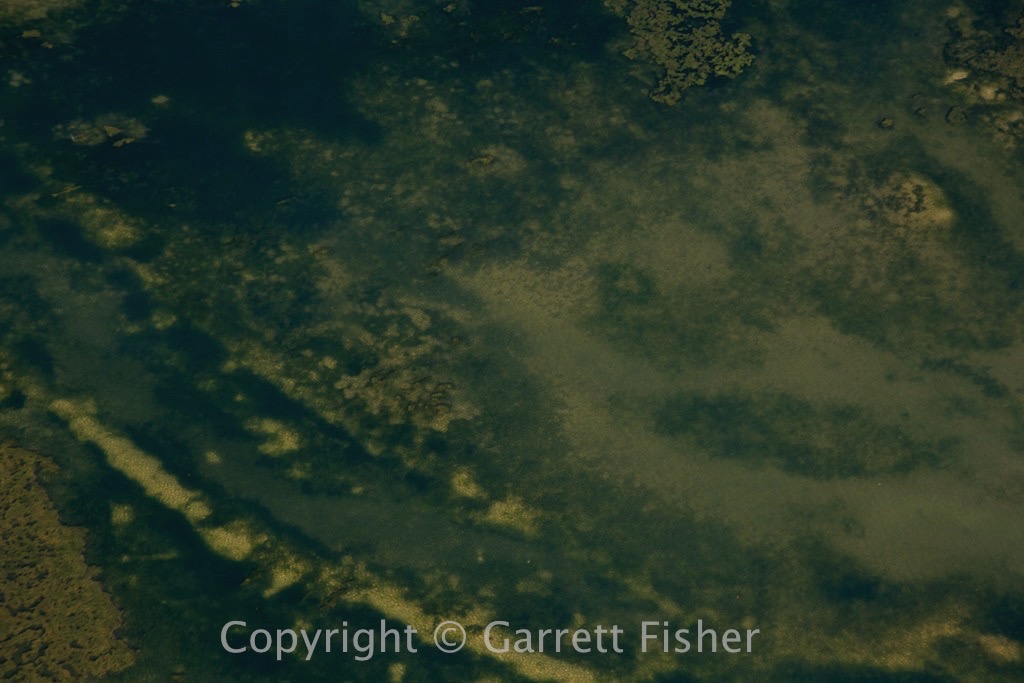 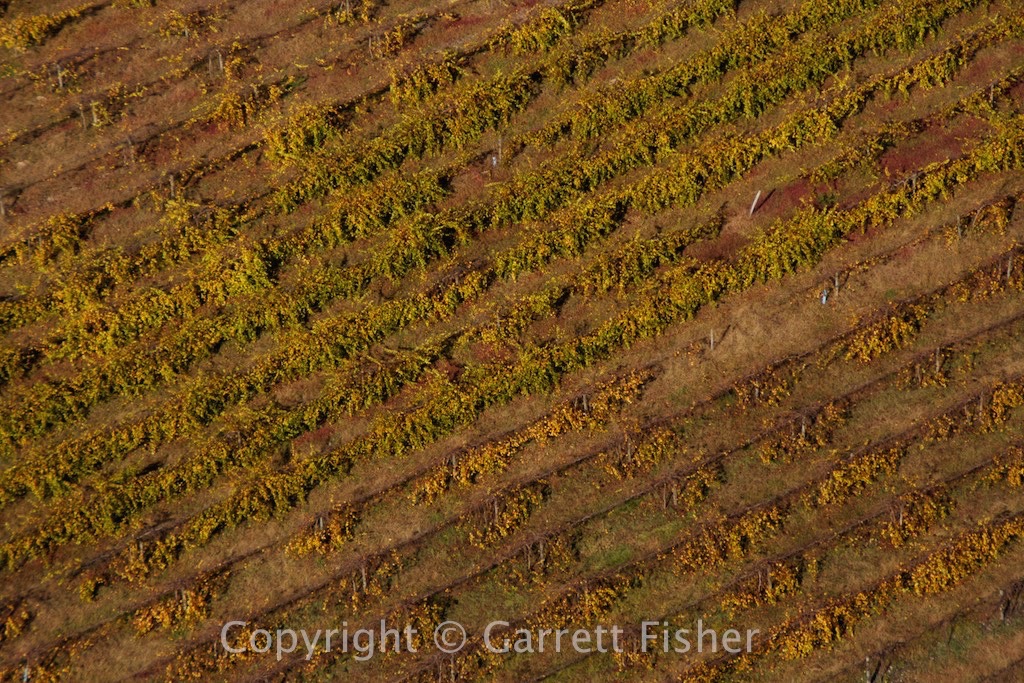 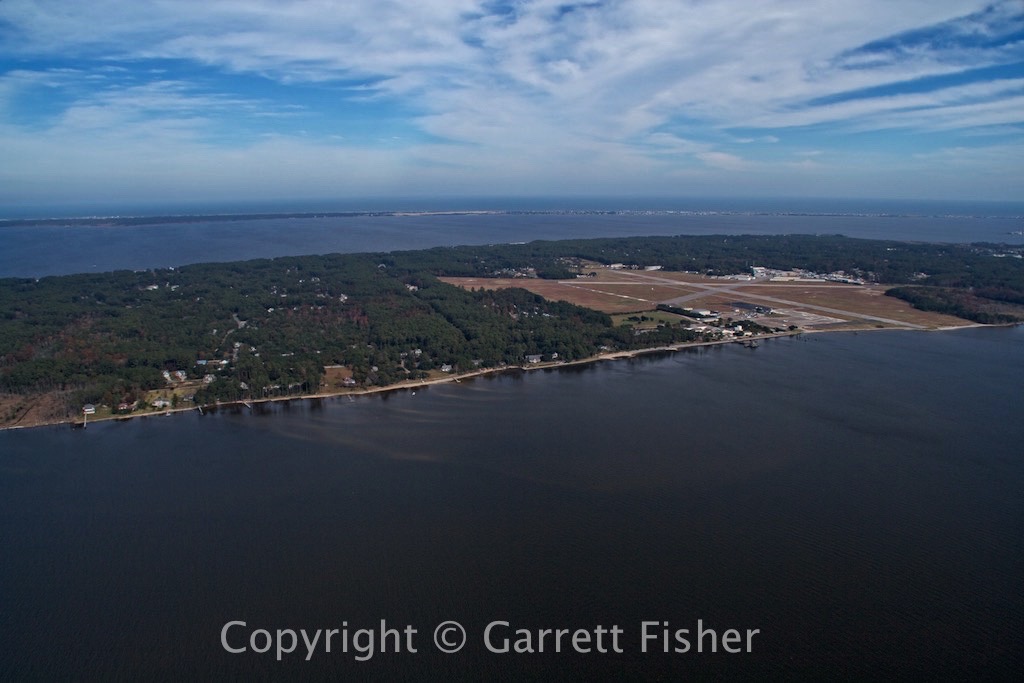