One-way flights usually result in a one way in the opposite direction. This was the case necessitating the flight from Livingston, MT back home. Prior to leaving, I took up another passenger, and we weaseled our way around the Boulder River in the Absaroka Range in Montana, getting surprisingly to 10,000 feet despite the heat and heavy load (winds mixing with mountains provided the lift). Given the complexity of this flight, I decided to make a path in Google Earth and show it on a map. The red flight was heading up to Montana (bottom to top), blue the flight into the Absarokas, and green the flight home (top to bottom). The dark green lines are Yellowstone National Park and Grand Teton National Park. 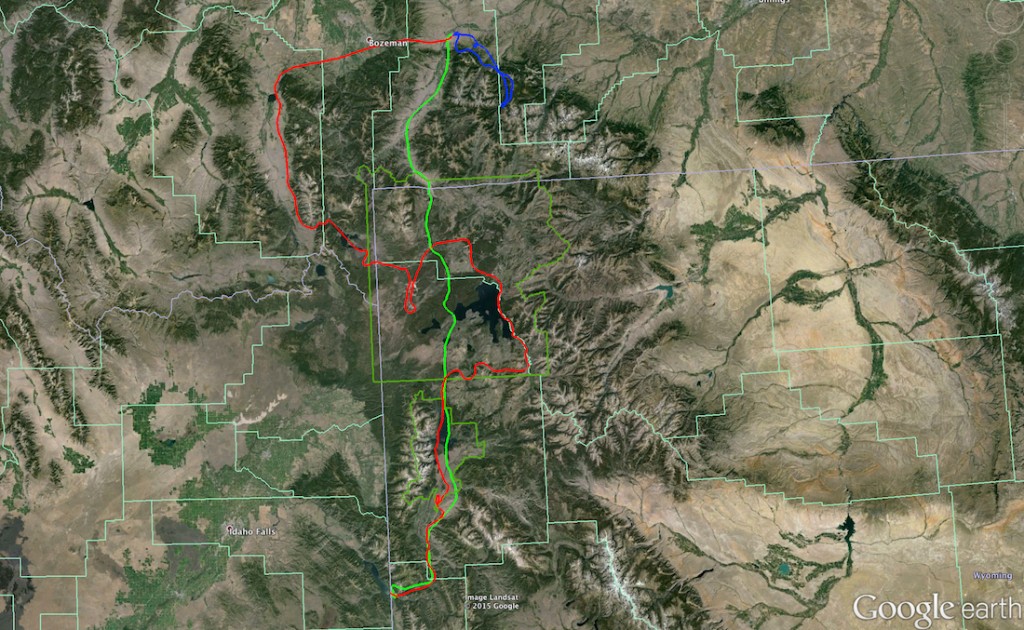 There is a bit of explanation involved in why the previous flight was so challenging with the heat and weight. As I previously described, heat makes airplanes perform terribly. The air is less dense; therefore the airplane has less air to generate lift. Altitude was enemy number two, starting at 6,600’, requiring a climb to 10,200’ altitude. Altitude affects flying in two ways. First, the engine produces 3% less power per 1,000’ of additional altitude. It has less air to intake. Thus, my 100HP engine became 80HP at takeoff, and 70HP at cruising altitude. 70HP battling full fuel and maximum occupant weight, while fighting temperatures that are about as hot as they get. In this situation, there are a few variables. The takeoff climb to altitude takes much, much longer. That results in a full power burn for a longer period, adding engine heat to air temperatures that are already quite warm. That translates into a limit of climbing. The engine cannot put out full power indefinitely as it will overheat. To compensate for altitude power loss, the mixture adjustment can be used to lean the fuel mixture. That increases power, though increases heat dramatically. When oil temps start getting near redline, then the mixture can be enriched, though that skims horsepower, as too much fuel is dumped into the cylinders, cooling them and also drowning peak power output. Wind is a wild card. It’s an enemy when blowing down; it’s a lifesaver when going up. In our case, we pretty much had none on the flight to Montana. Oh, and don’t forget fuel management. More fuel equals more available for a long climb, though it makes the airplane heavier and ironically requires more fuel to burn. Too little, and we can’t make the next airport.

So there you have it: the almost immeasurably confusing Rubik’s Cube of variables, constantly in motion, aggravated by max weight, high temps, and high altitude. At least the flight home would be done on one fuel tank, and I didn’t have a passenger. Upon arriving into Yellowstone, the unspoken variable materialized: thunderstorms. They were a possibility, and were not on radar as I left Montana. Now in the center of the park, I am as far as can be from an airport as I see the first lightning strike hit one of the peaks of the Absarokas. Cute. I can see the Tetons, so it looked like everything would be fine, except I couldn’t pull a radar update despite 3 bars of signal (who knew there are towers in the park?). After skimming through a few rain showers, I got through the park to sunny skies in Jackson Hole, only to have the radar finally come up and show that those little rain showers became big, angry thunderstorms in 20 minutes. Such is the nature of flying…. 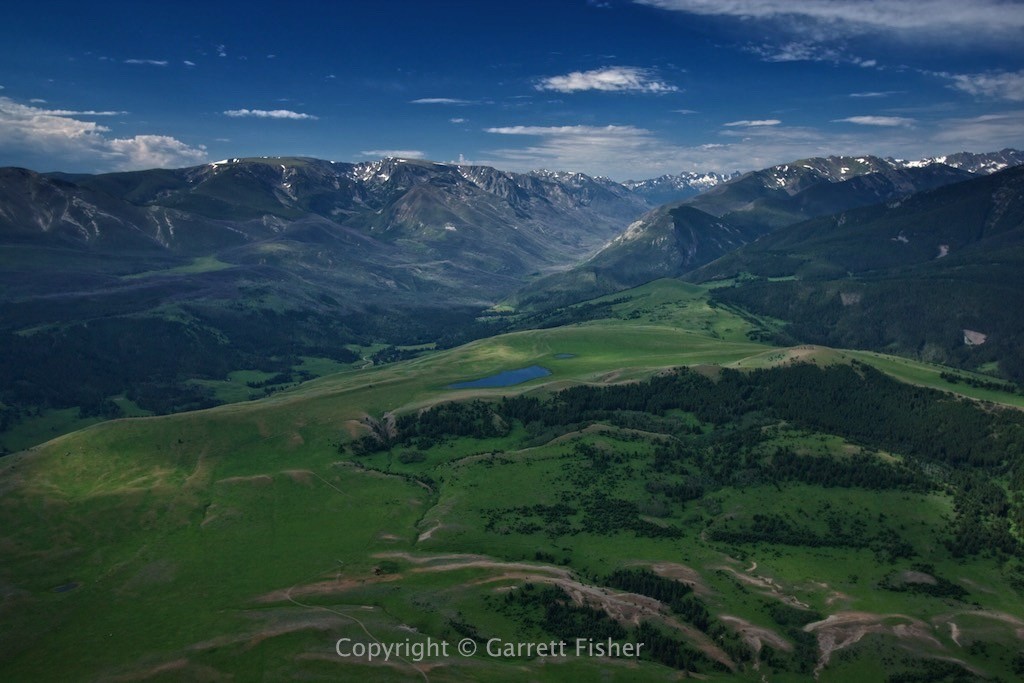 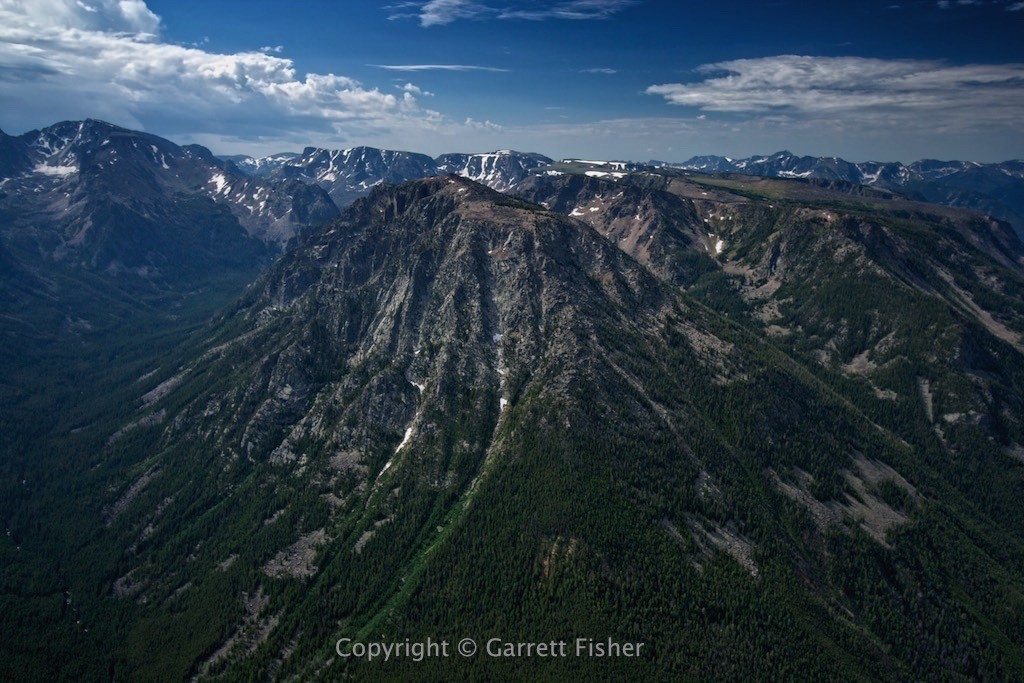 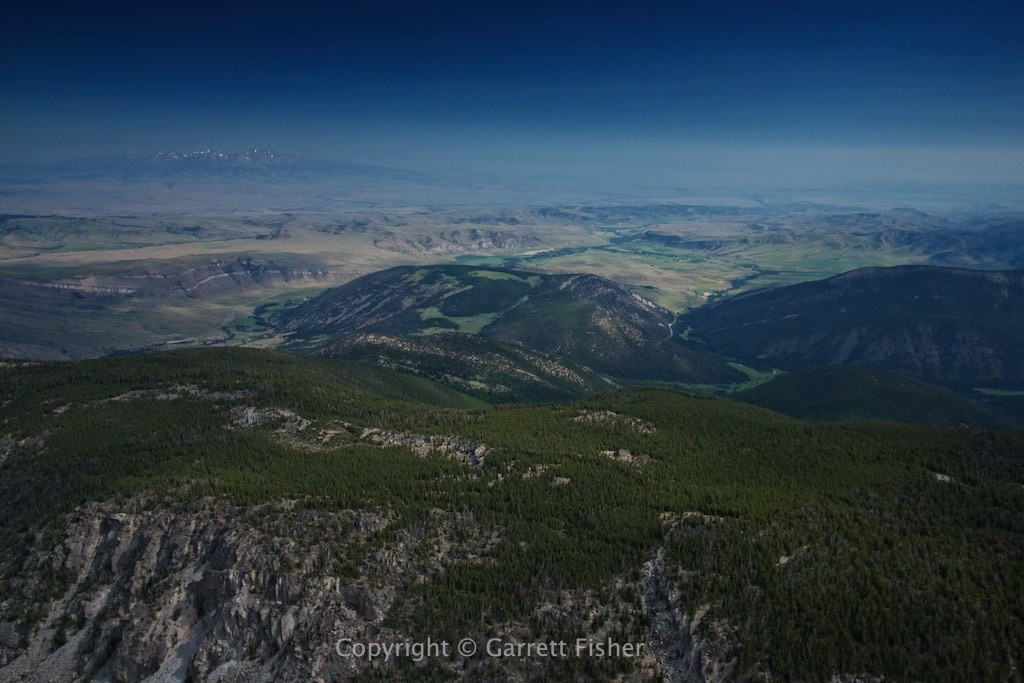 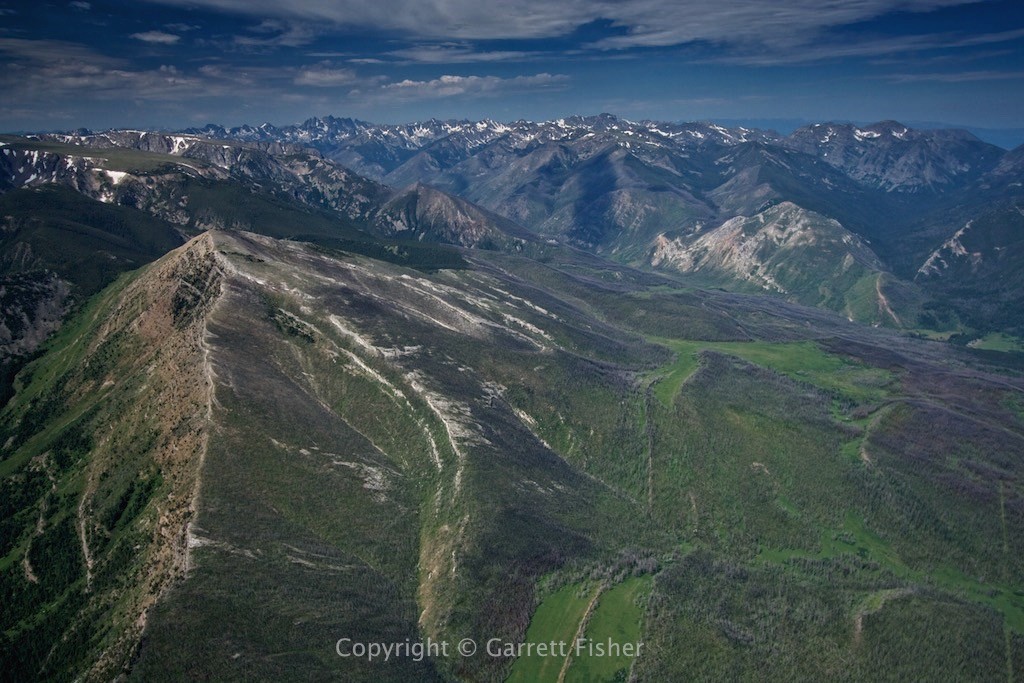 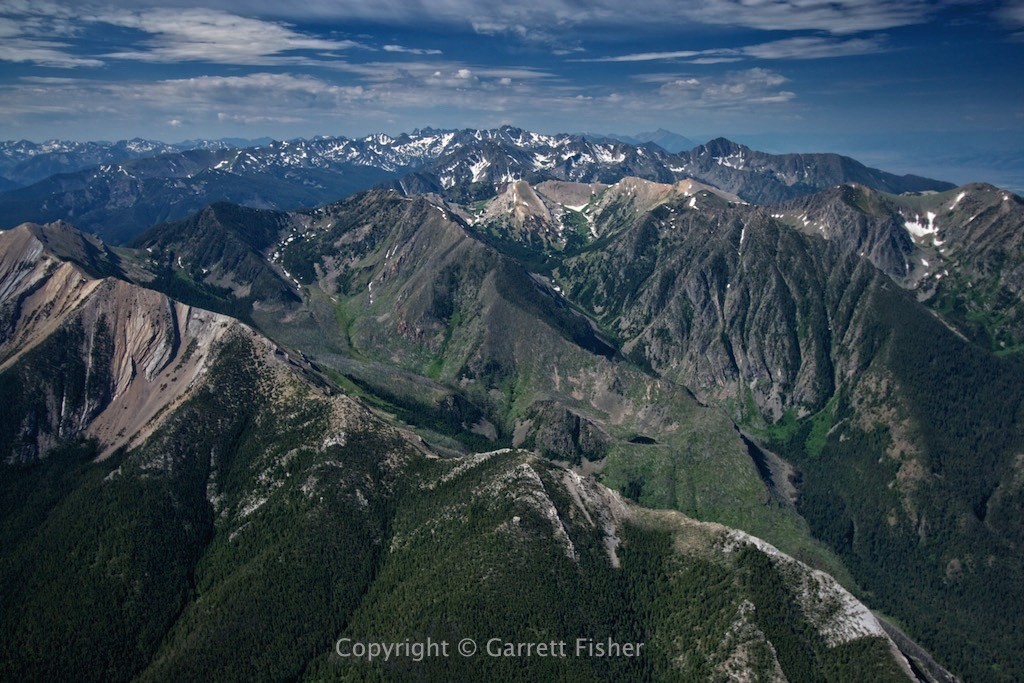 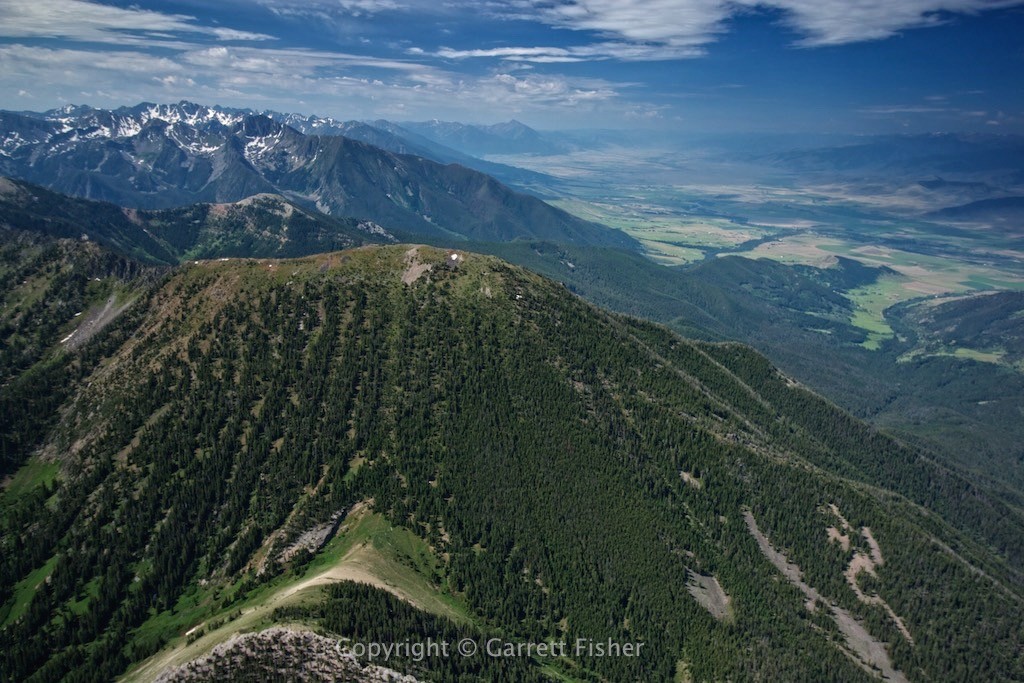 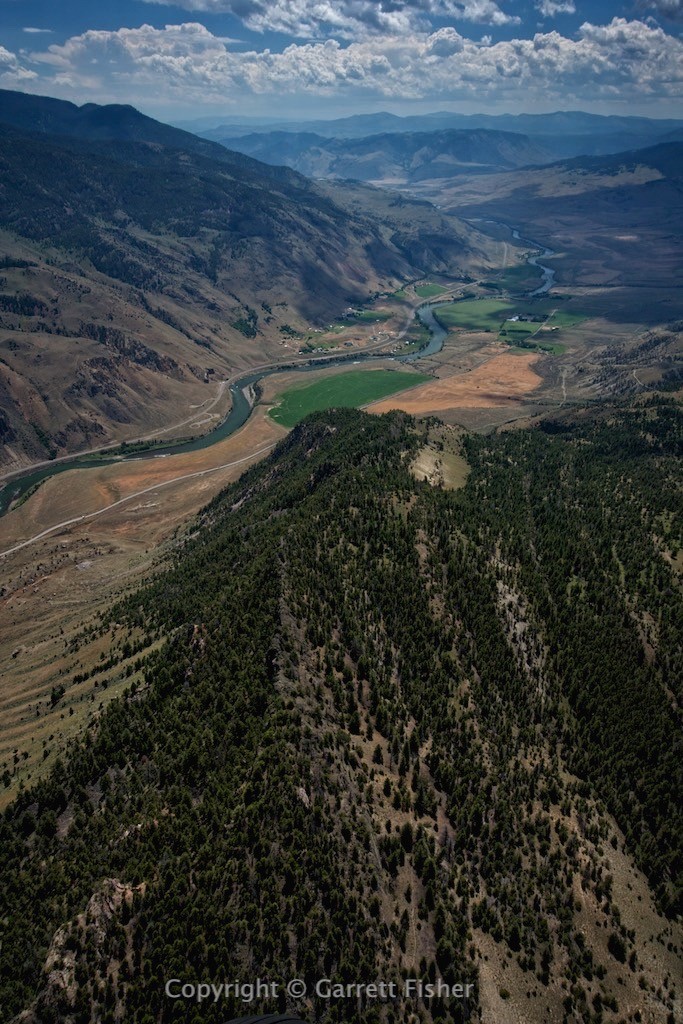 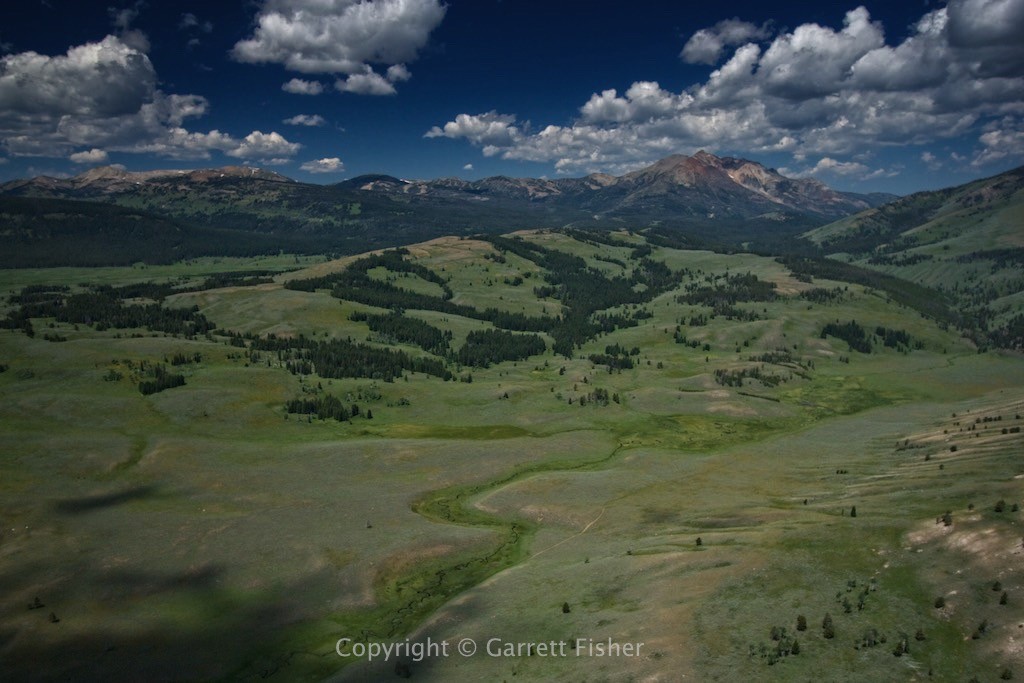 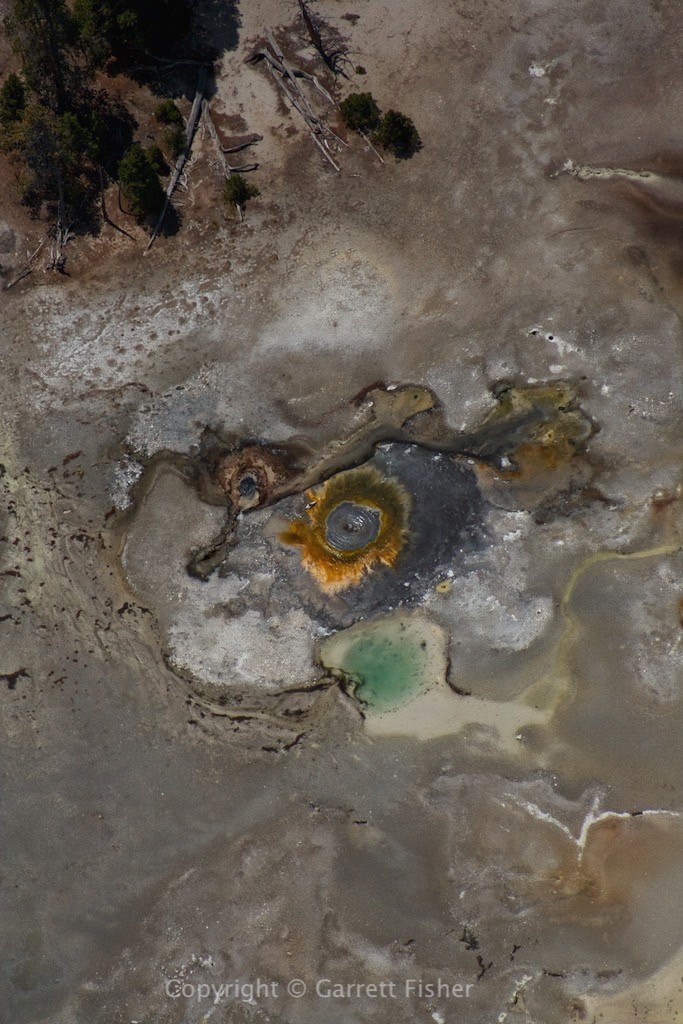