This one is a bit of a hybrid; there is no philosophical rantings here, just a story, which is included because it supports the ethos of my prior rantings.

On my trip to the USA in the spring, which comprises the photos in this and the last two blog posts, it occurred to me that all three of the airline flights I took went wrong, with eruptions of human effluent on every single one of them.

First was the vomiting child in the seat in front of me. Thankfully, this was at the tail end of a 9-hour flight crossing the ocean, so I only had to endure the absolutely vile smell for about 20 minutes.

The second was from a flight from Dallas to Los Angeles, after terminating my general aviation affairs in East Texas (as noted on my AOPA post describing the story). It was a lovely 3-hour flight in a narrow body jet with 144 occupants….and two bathrooms. Anyhow, I had a need to use the restroom, and after a line of people stopped going, I dove in for my turn, except someone was in there, for about 15 minutes. Then she came out, with a rather unpleasant vomit smell, doing the whole “I’ve never had that happen before routine” (Don’t make a mess in Texas?). The flight attendant donned elbow length gloves and plunged in to clean up, for which the passenger returned for two more rounds of spewing body fluids all over the place. The flight attendant noted “It’s pretty bad in there,” so I sat down and held it for the next 90 minutes until landing.

The third flight, my return to Europe, was the coup de grace. I was breaking my record of the longest single hop flight I had yet taken (11 hours, 15 minutes), not something I was thrilled about, so I sprung $700 more for a premium seat. Surely that must insulate me from the miseries of airline travel….?

For the most part, it did. The seat was larger than a quarter coffin, so that helped. About four hours into this little affair, with the cabin lights dimmed, a young lady wandered up from economy and made some utterings that I couldn’t understand, though I had ear plugs in and didn’t care anyway. She then, next to my seat, pulled her pants down, and appeared to stretch. Now, the last time someone “appeared to stretch” on a transatlantic flight, she was actually drunk as a skunk and was in the process of a controlled episode of passing out. This lady, being oriental, tricked my American ignorance into thinking that she was doing some sort of eastern-infused stretching routine, having slithered into premium for a wider aisle to do so. I couldn’t tell if the removal of pants revealed skin tight clothing underneath (better for, ahem, stretching) or if it was…skin. Remember, it was dark.

After she was immobile for 30 seconds, “stretching,” my intuition deduced that nothing good was going to come from it. She stood up after another 30 seconds, pulled up her pants, and wandered away, leaving behind a gallon of urine on the floor. In an act of airline class warfare karma, I note that at least half of the urine flowed back into economy.

Only seven more hours on this flight.

The two Spanish guys across the aisle had a typically Spanish look on their face when crazy things happen. I hit the call button, and they explained to the Spanish flight attendant what just went down, so he laid a blanket over it and sprayed some perfume and that was that.

In Spain, an extremely common expression to denote surprise about any subject is “coño!” It literally translates as “pussy,” so, well, coño! One could devote an entire post to the practice of exclaiming “pussy!” in response to every surprise in Spain….

What happened to the drunk broad lady (my wife made me change it) that emptied her bladder next to my seat? Nothing. Apparently, there is no consequence for such a thing, so next time you’re on the longest flight possible, slither into first class and relieve yourself on the floor.

The odd thing about this whole deal is that I never had anything weird happen while taking flights living in the USA. Once I moved to Europe, I do spend more hours on planes, though I could go on and on about an incredible quantity of drama that happens in an airplane.

Perhaps I will stick to flying the Cub.

Somewhere in central Mississippi. While suffocating under horrific humidity and heat at 9AM at the departing airport, a guy on the ramp shuddered in disgust at my mentioning that I was heading to Texas, like it was some sort of shithole. 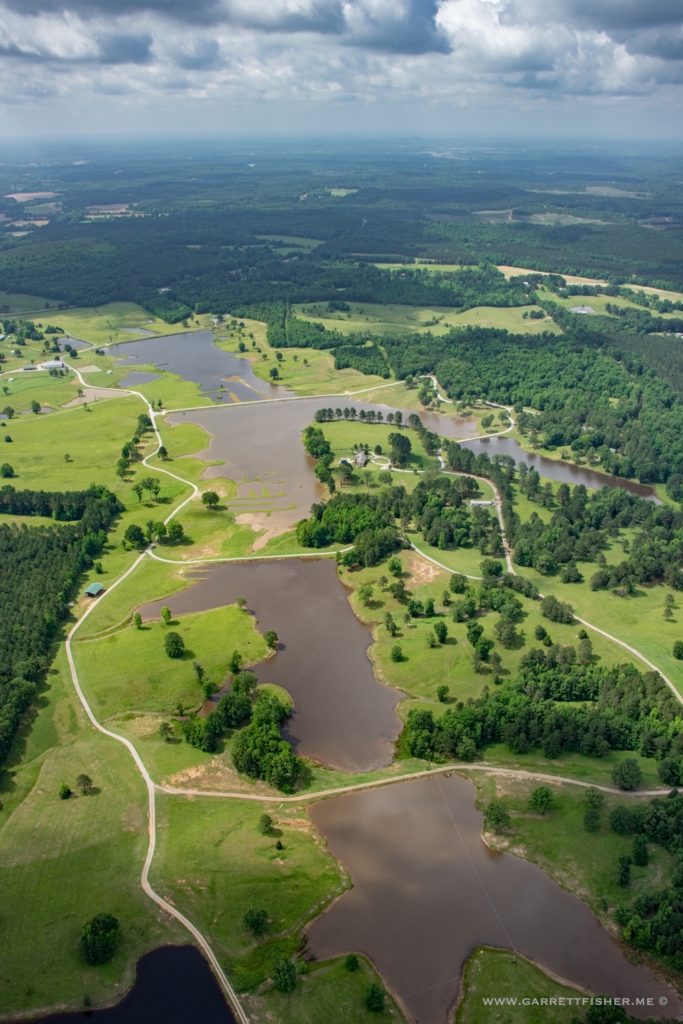 The Mississippi River Delta. Its not actually the delta that flows into the Gulf of Mexico, but rather a silty plain that adjoins the river. I suspect they will be planting rice, as Spain does something similar in water logged areas (including timing, where summer is green but spring is not). 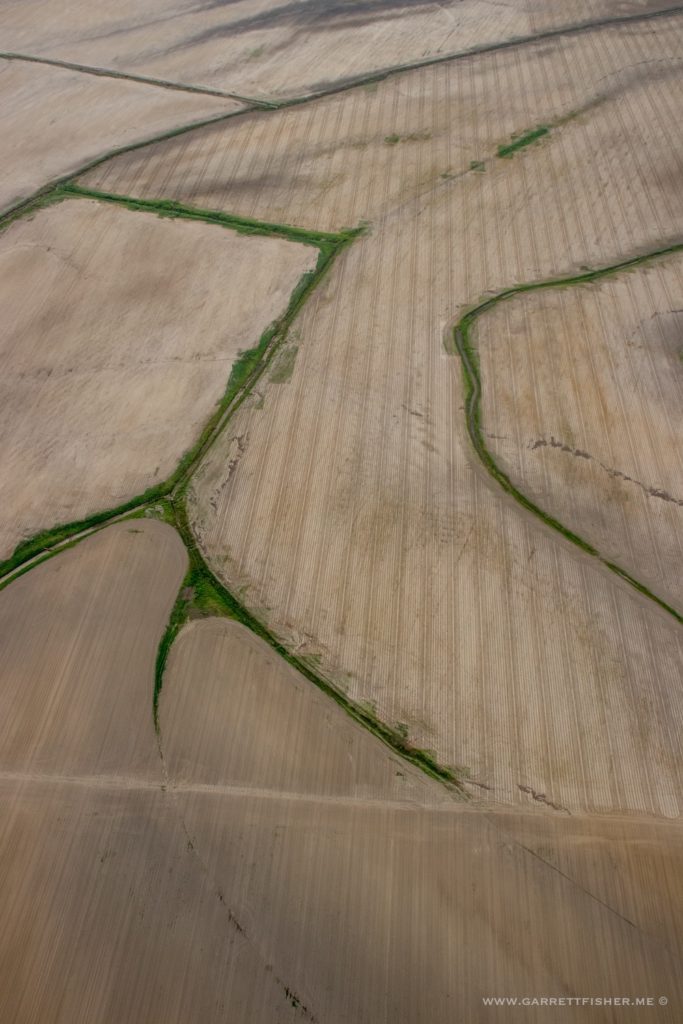 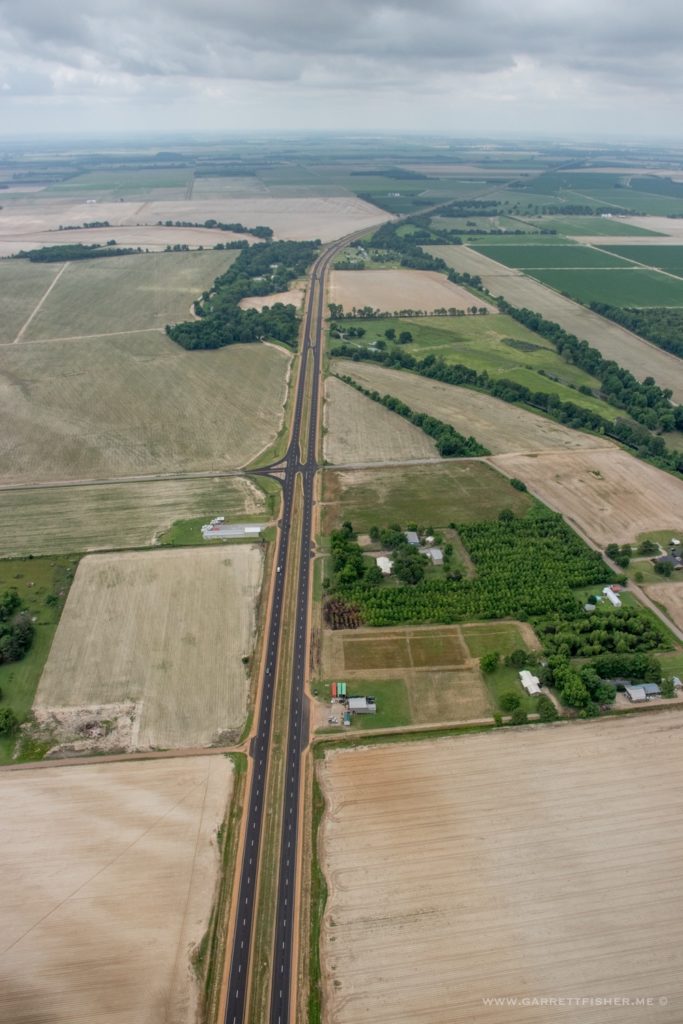 A branch of the Missippi. The River cuts new paths in response to floods as the silt moves around. This is one of the tangential sections of the river. 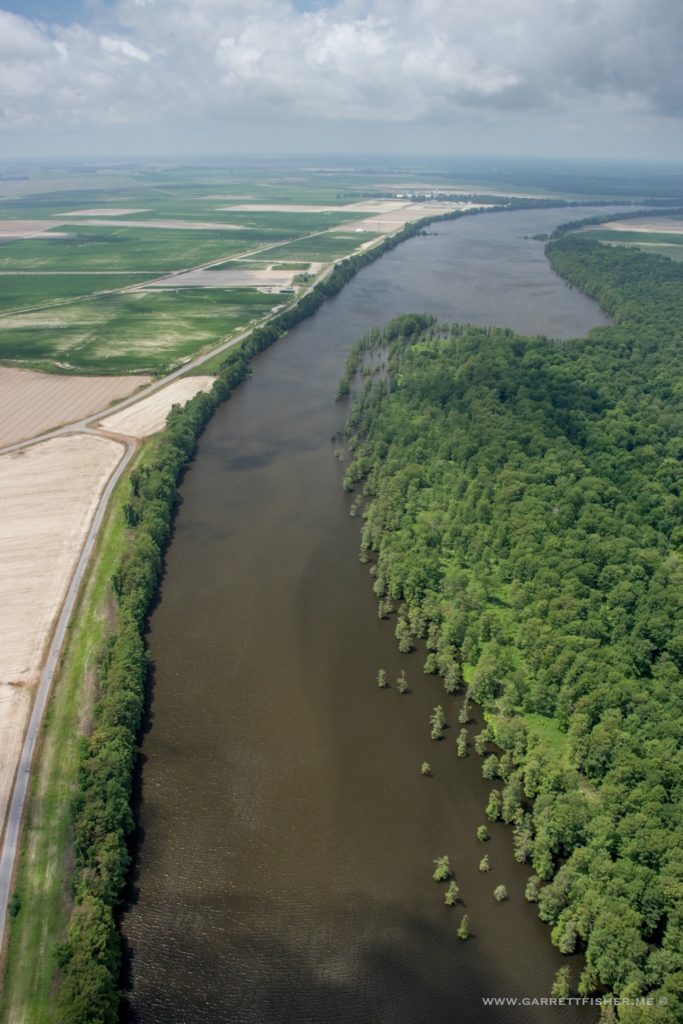 Crossing the Mississippi into Arkansas. Hot as hell and not as spiritual as crossing into Missouri. I guess it helps to pretend I am a settler in 1840, which is dumb because it really would mean a significant chance of death from cholera. 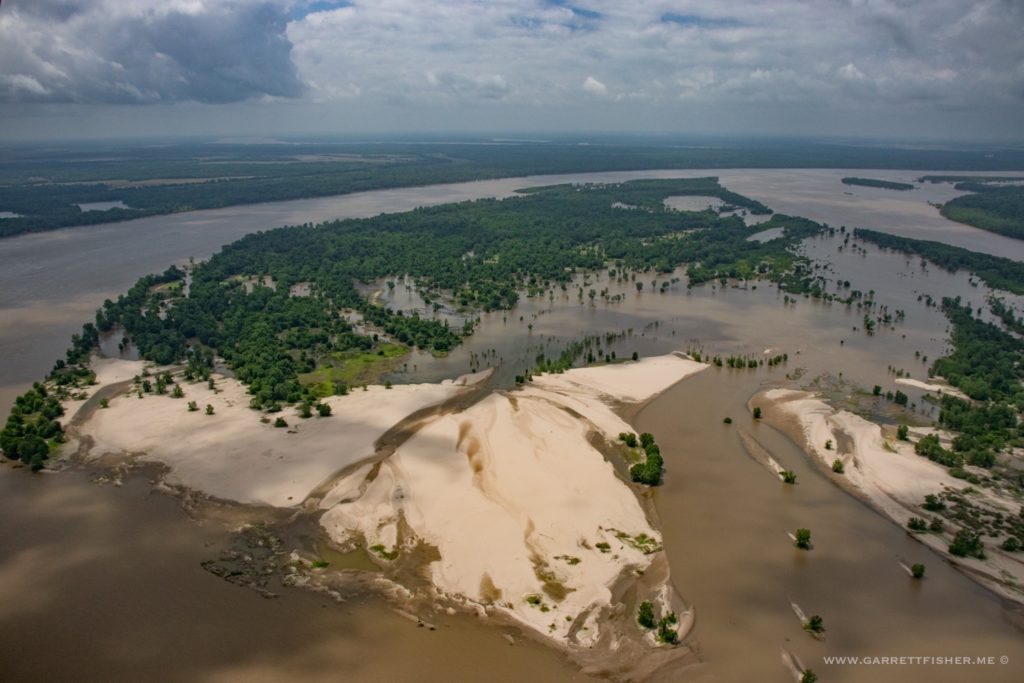 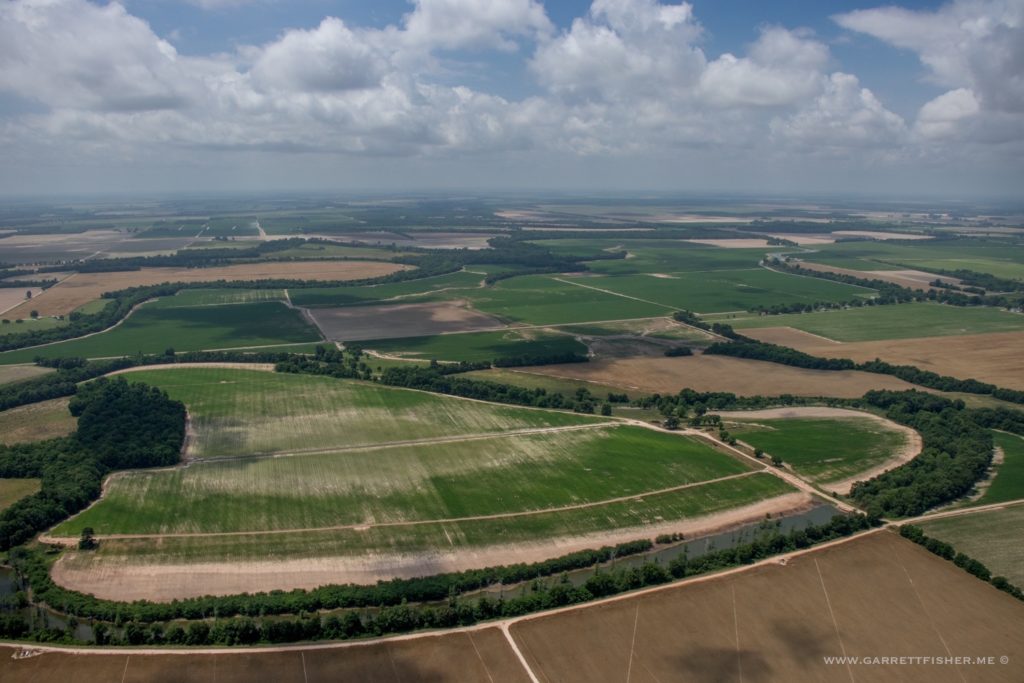 Ouachita River, Arkansas. Infrared. The black areas are water, which means two things: 1) if the engine quit, I’d never be found and 2) there are gators in there. I read an article today about authorities in Tennessee kindly requesting area residents not to flush their unused meth products down the toilet as “our sewer systems are not designed for it, gators live in the ponds near the discharge point, and we do not want to imagine a gator on meth.” 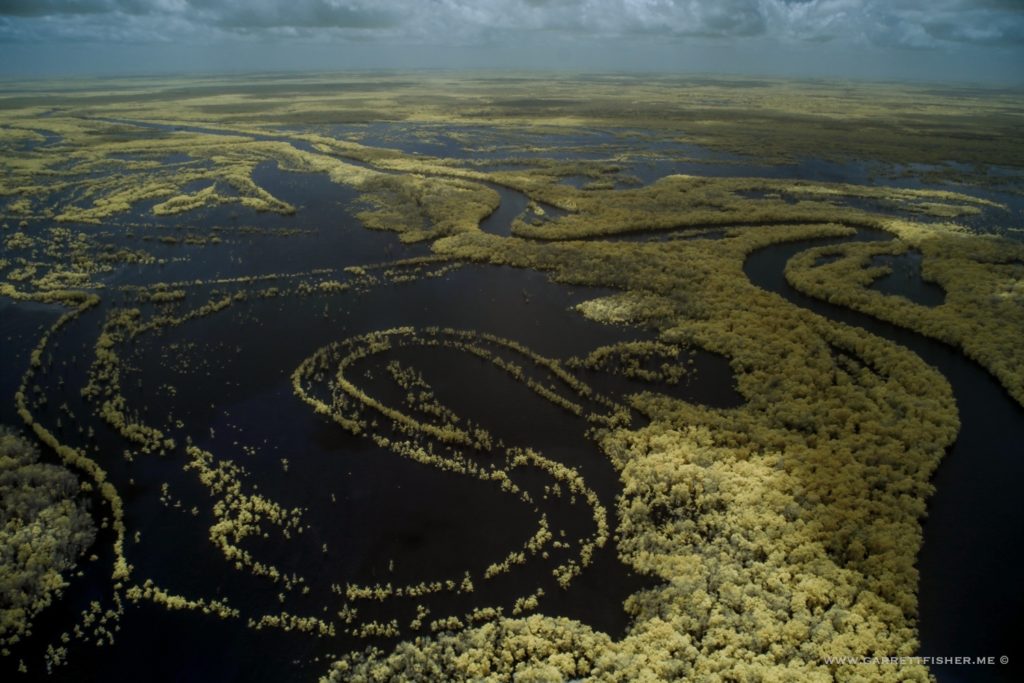 Red River valley, “God Damn Louisiana.” This makes the 46th state I have visited. It is somewhat ceremonial as my wife tells a story as a kid crossing Louisiana in a car during a torrential rainstorm. “Where are we?” to which her father replied: “GOD DAMN LOUISIANA!” 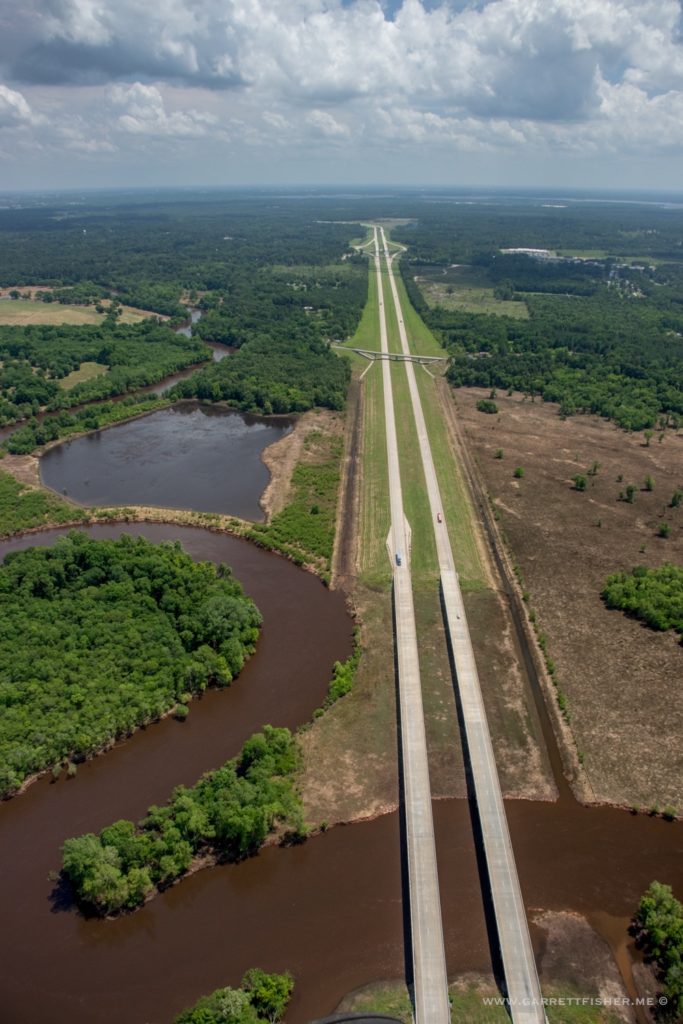 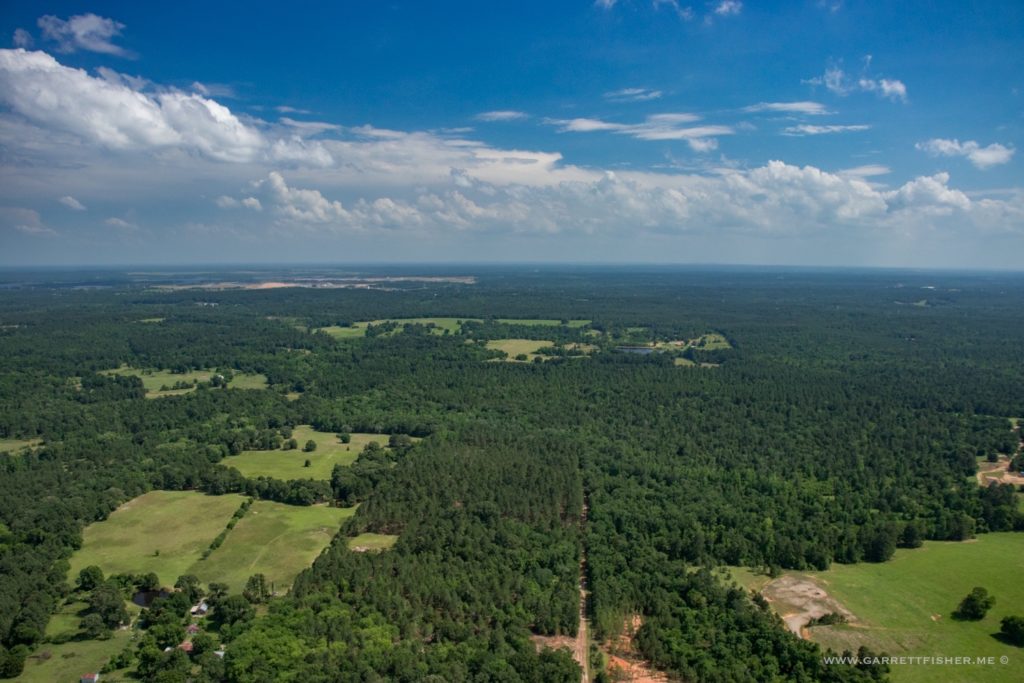 Somewhere else in East Texas. 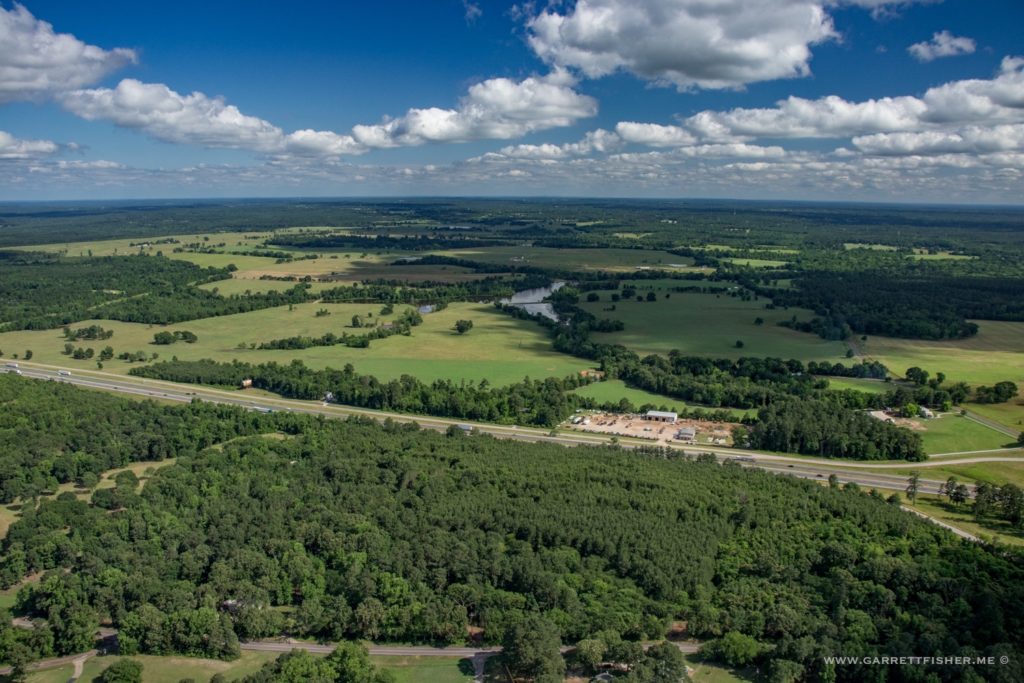 Lake Palestine, Texas. Two things: a) I emailed a friend where I was, he googled, and it came up with a photo of a redneck holding a rifle and the gator he shot. I was also given a brief viewing of the lake, and a snake went swimming by…. b) It is pronounced Lake “Palesteen” so I am told that the locals don’t want to be associated with Palestine, as in “them damn foreigners over there.” I find that ironic given the religious proclivities of Texas. 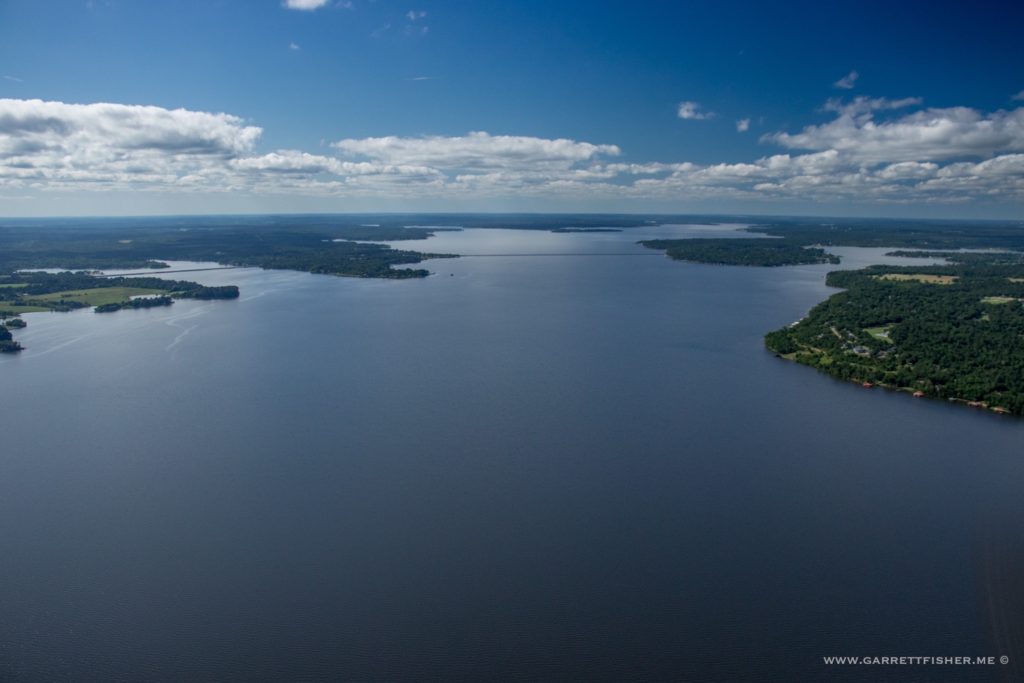