Mr. Toad’s Wild Ride is a ride at Disney World in Florida. It is the best metaphorical reference that I can devise to describe what this flight was like. An all around roller coaster, the winds were higher than I would have liked, going over terrain that looks just fine on Google Earth. Well, as I say over and over again referentially in my books and blog posts, there is nothing like seeing things in 3D in an airplane. Google Earth just misses things, such as the proliferation of 1,000’ to 2,000’ vertical rock cliffs emblazoned onto mountainsides. The satellite shows a glorious abundance of plateaus to land on in case of emergency; reality shows a meat grinder of turbulence.

The flight went from Alpine to Jackson Hole, NE around Moran, WY, east along Togwotee Pass, then north into the heart of the Absaroka Mountains, descending out along the South Fork Shoshone River, ending in Cody WY for fuel. As I waited for the plane to be filled up, I wandered in the airport terminal, noting that the Cody newspaper was “Founded by Buffalo Bill.” Then I found a café and ordered a gluten-free sandwich with cranberry chutney. The café offered truffle-infused Italian olive oil, with a variety of gourmet cheeses. I highly doubt any of the cowboys wandering around Cody in Buffalo Bill’s time would have expected modern cowboys to fly in their personal aircraft and have gluten preferences.

After having just spent time at 14,000’ wandering through high mountain peaks, I figured that my southerly route along the Absaroka foothills would provide a welcome respite from the winds at altitude. That would be incorrect. My first aggravation was trying to get altitude. Instead of huffing it with the engine at full throttle barely climbing, I prefer to find somewhere where winds impact terrain and head up. I fly in a circle (like a hawk) and take the free ride into the sky. It seemed that I could not find such winds, so I wandered around up some mountain valleys in a quest for updrafts. What I found was an overwhelming quantity of majesty. Valley after steep valley of majestic rivers, massive mountains, clear air, and wilderness. We can see on a map that there are large national forests and wilderness areas, though it is extremely difficult to fully see what is there. Forest service roads twist and curve through valleys and end unceremoniously before the views get good. There are no businesses, and maybe a few houses. This sort of situation goes on for miles and miles, and it just proves to me how enormous this planet is. There will always be something to explore.

Majesty aside, I finally found a few updrafts and looked forward to making the turn around the SE part of the Absaroka Range, to head west back to Jackson Hole and then home. This is where Mr. Toad really showed up.

There is a thing called “rotors.” Imagine westerly winds blowing against a mountain peak. They ascend on the left side and continue rising past the summit as the winds arc over to the right. To the right of the peak, there is a horizontal tube of air that rotates, instigated by the mountain wind arcing up into the sky. Well, I found a way to fly right through them all. Translation: one minute I am descending at full power. The next, I get smacked by the updraft, throttle back from 100% power to 30%, and am climbing, whether I like it or not. I was taking a beating, and so was the airframe, so I slowed to 55mph, pitched the nose up, and oscillated the throttle between 30% and 80%, depending on what part of the spin cycle I was in. The odd thing was that I was over the foothills for this part. I only once experienced something of this magnitude in Colorado (there were 14,443’ summits to blame for that, which makes a little more sense). This was absolutely ridiculous and is quite fatiguing, a lot like being in rush hour traffic during the worst downpour one can imagine. Its taxing, stressful, and requires all of the focus a person has.

I had wanted to photograph Washakie Needles. That wasn’t happening with this wind. Getting over the hills south of Togwotee Pass took full power, as now strong westerly winds were arcing down toward the Wind River Basin. Finally things eased up in the Gros Ventre Wilderness and Jackson Hole.

I realized I figured out something new about mountain weather. The windward side of a mountain range is the best. The wind blows, though it is “clean,” and usually heads up upon impacting the range. Flying in the dead center of high peaks is a bit of a wild ride, though usually not bad – this being the case in NC, CO, and WY. The worst part is the lee side, which most pilots know, and none of which is new. The new thing I figured out is when the lee side of a range gives way to prairie, a basin, or plains, gravity accelerates the turbulent, churning air downward, creating higher speed choppy wind with a generalized downdraft component. If it is range after range, wind will be much slower. That is true where the Rocky Mountain Front Range meets the plains in CO, where the Absarokas meet the Bighorn Basin, and where the Blue Ridge Escarpment gives way to the North Carolina Piedmont. In each place, the highest peaks in the area only had moderate turbulence, whether at 6,000′ or 14,000′, and the fastest winds were on the descent. 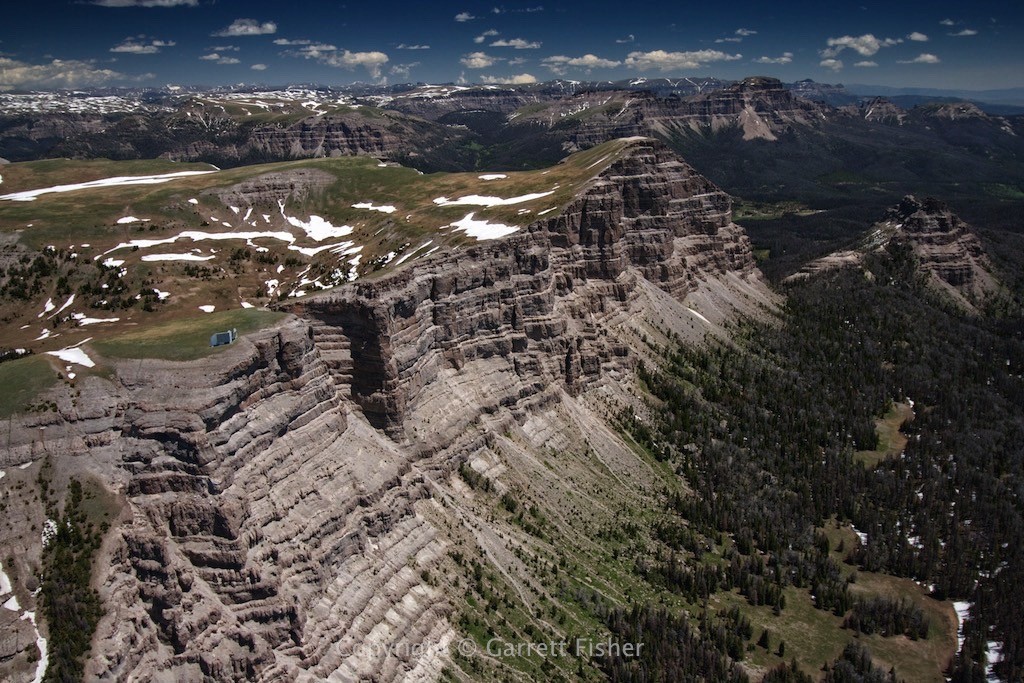 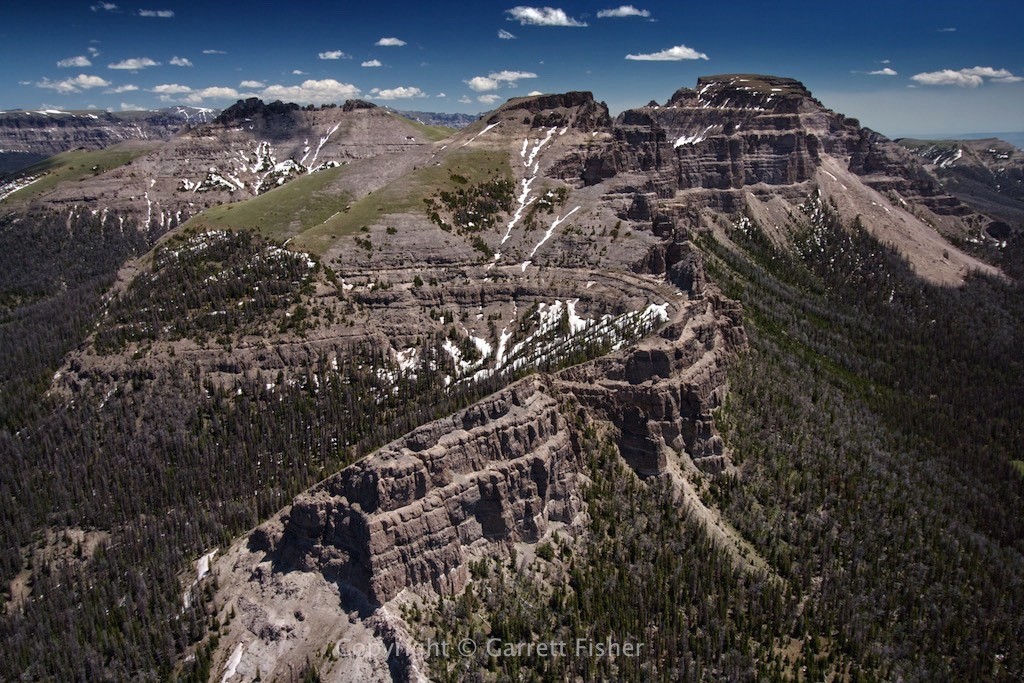 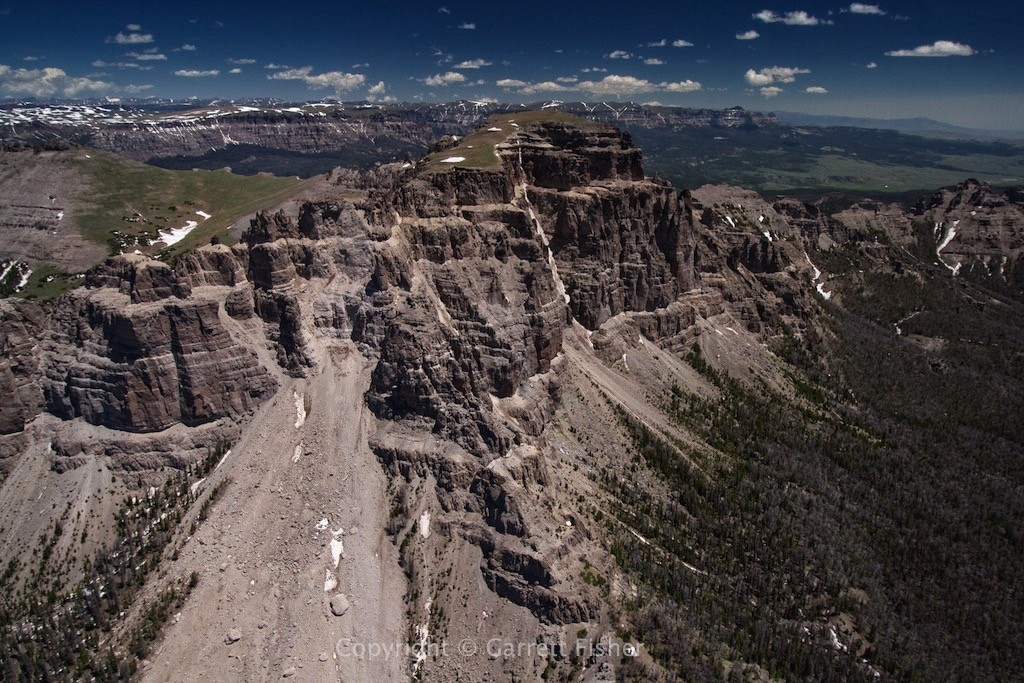 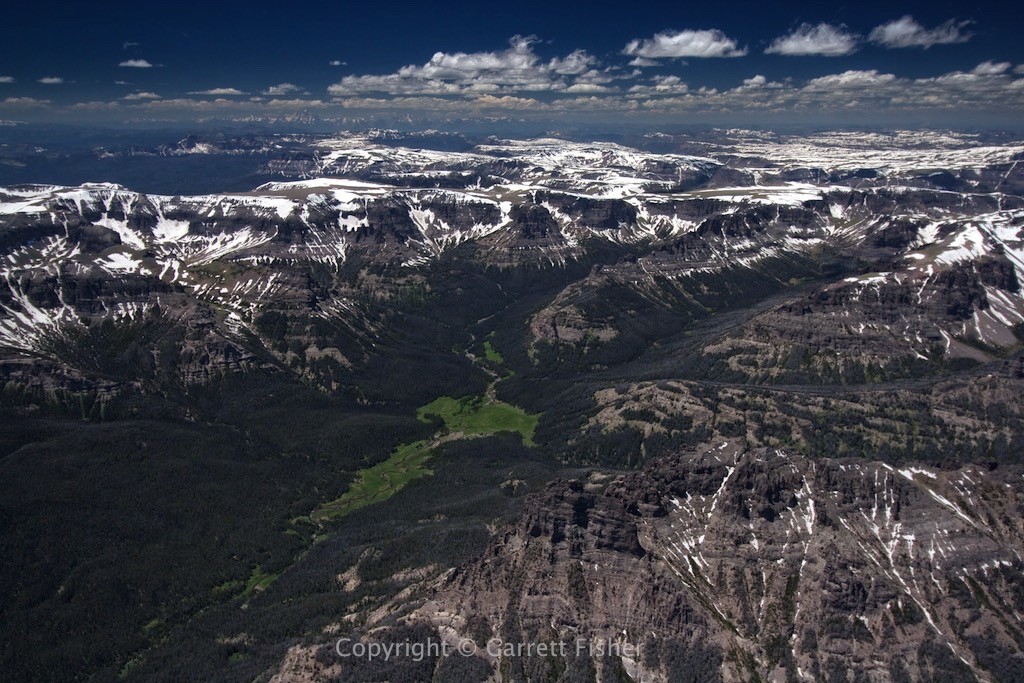 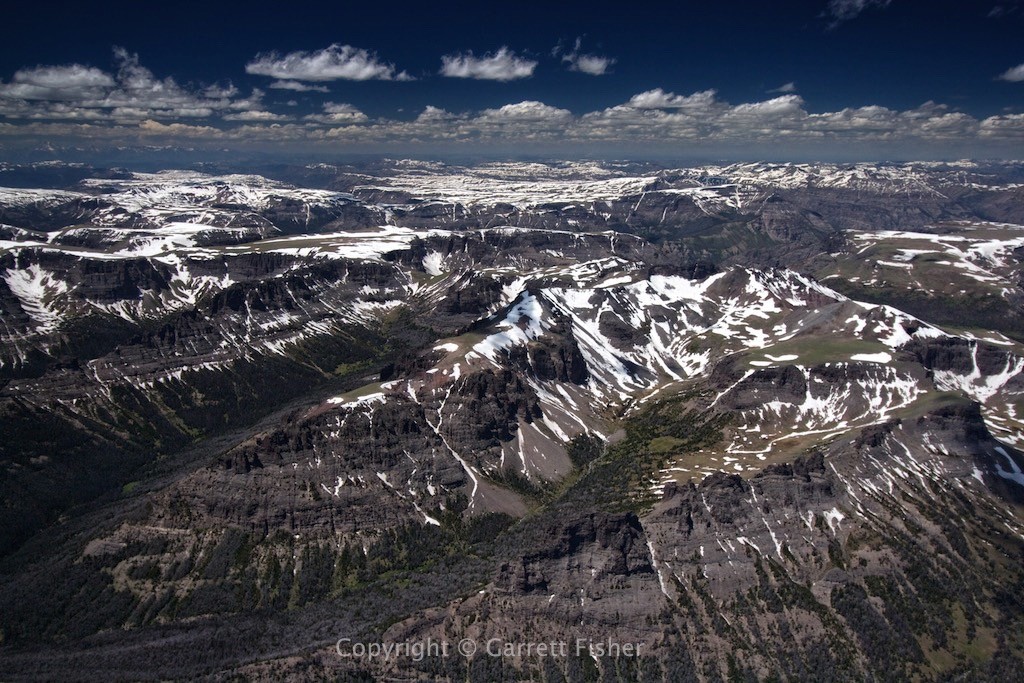 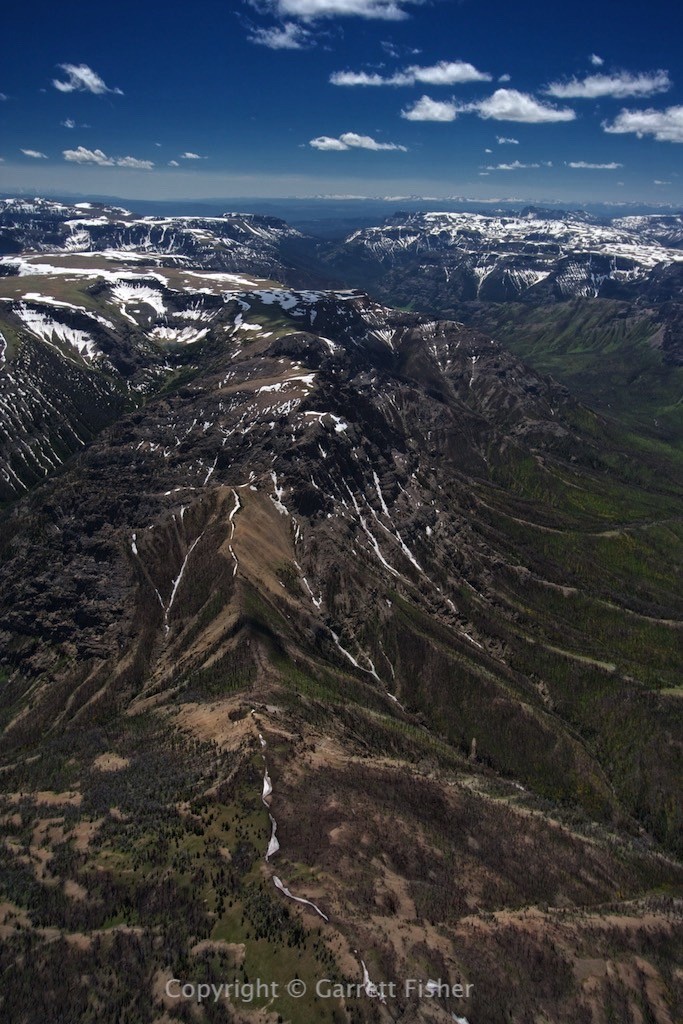 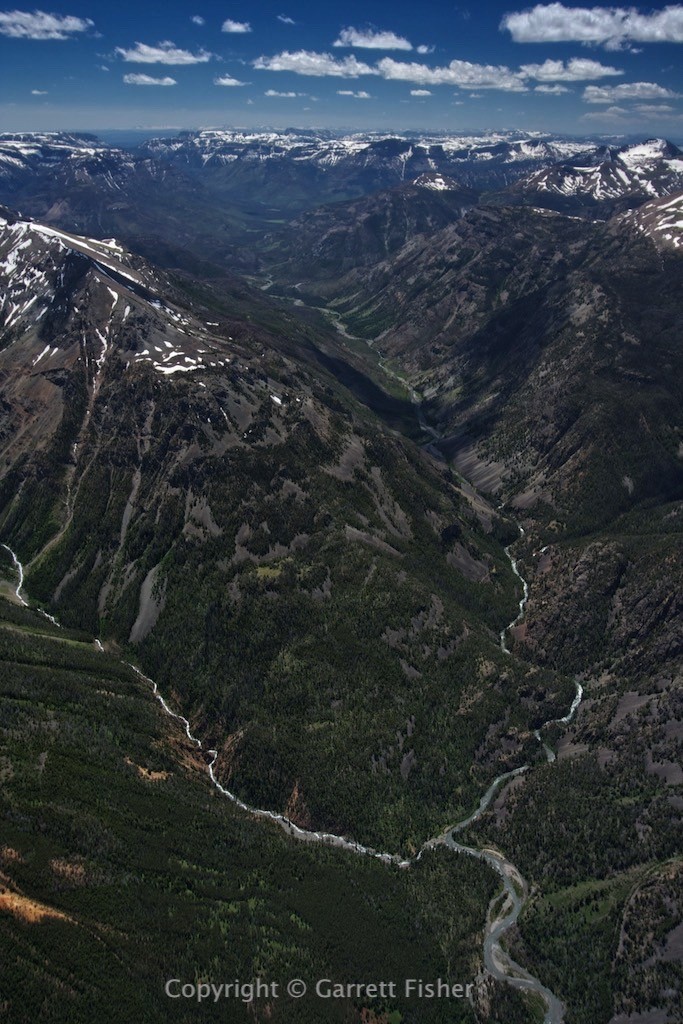 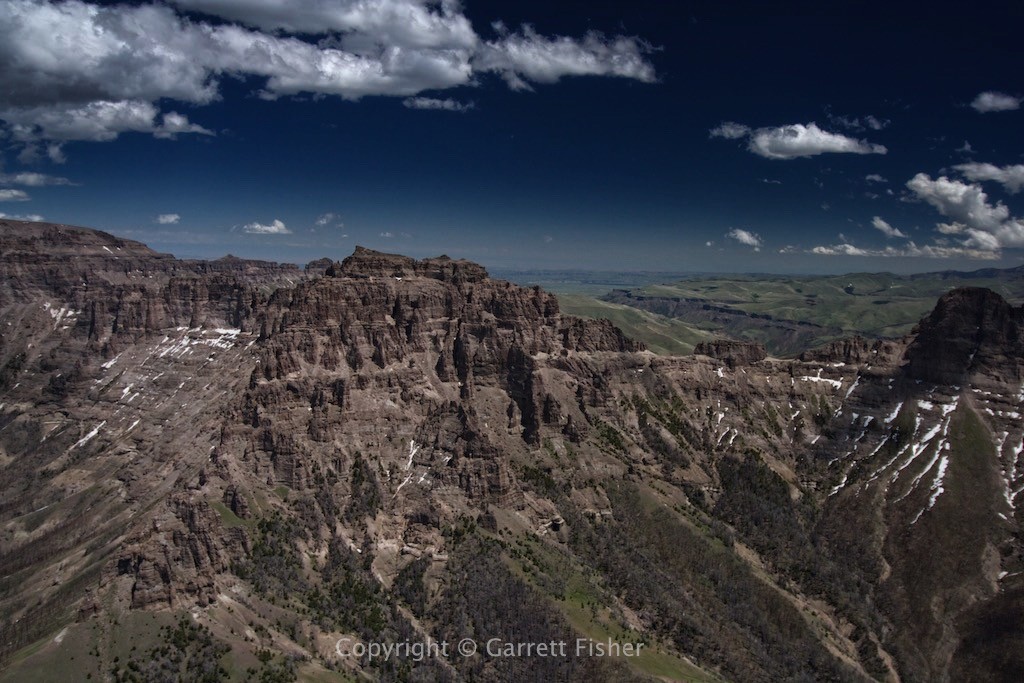 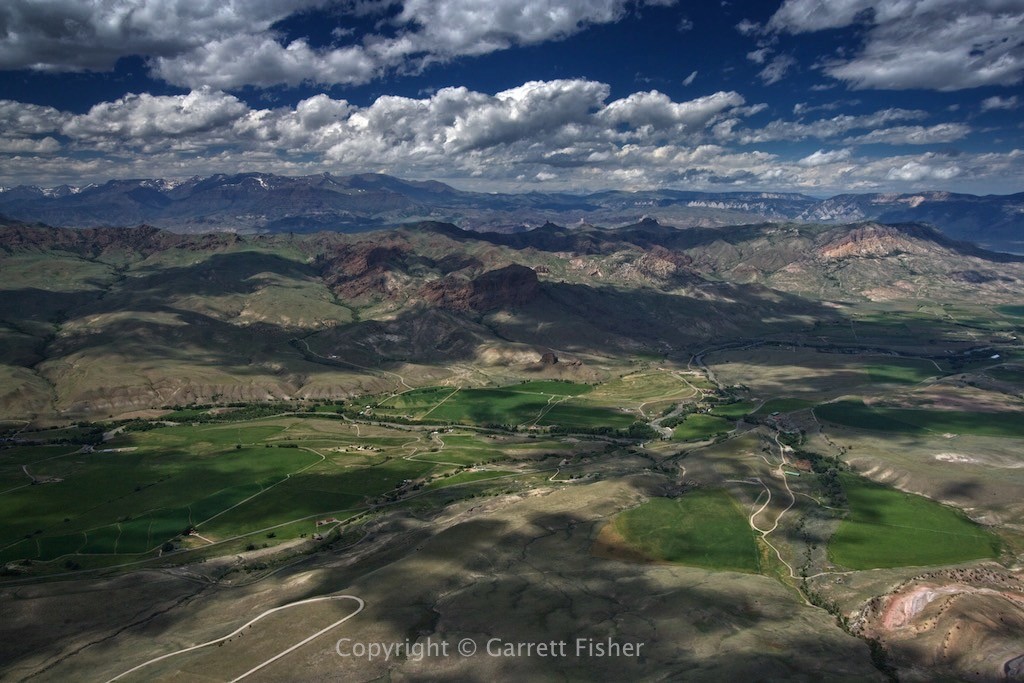 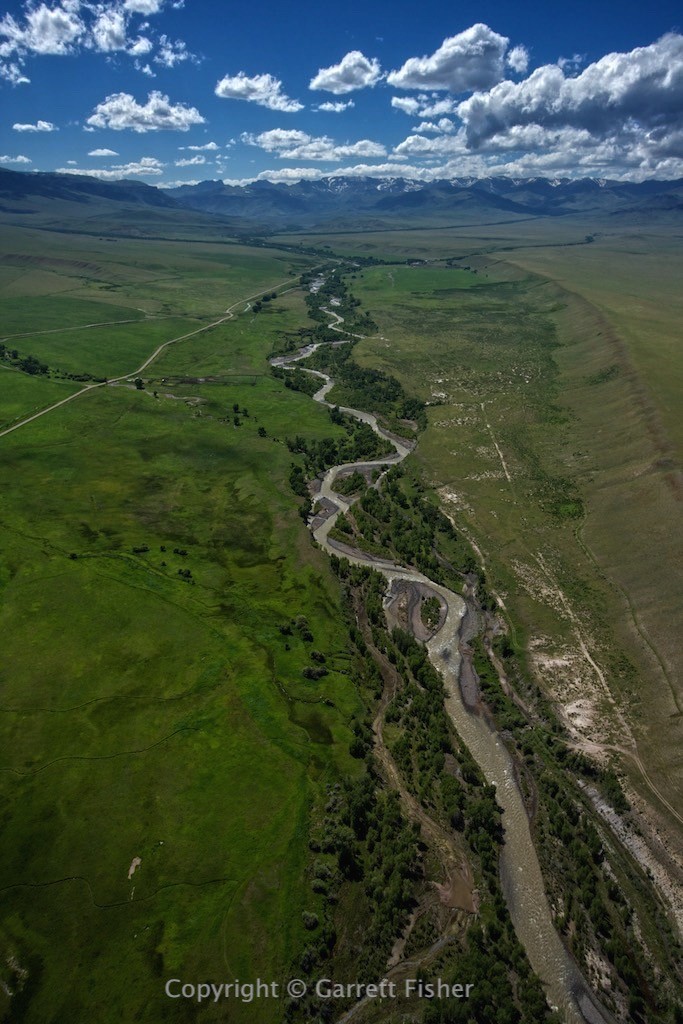 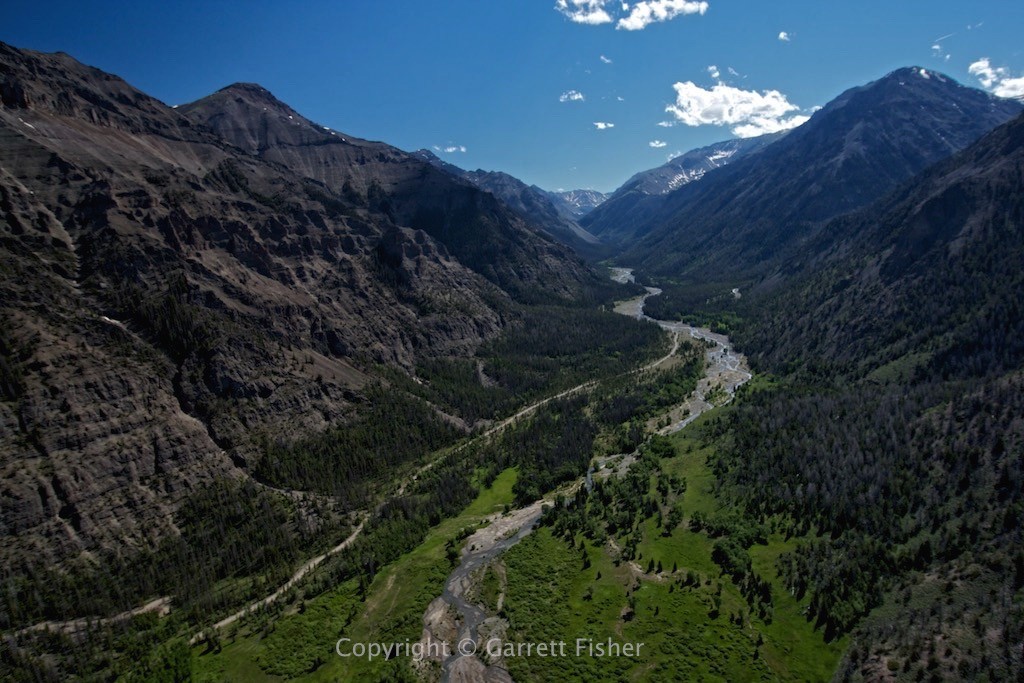 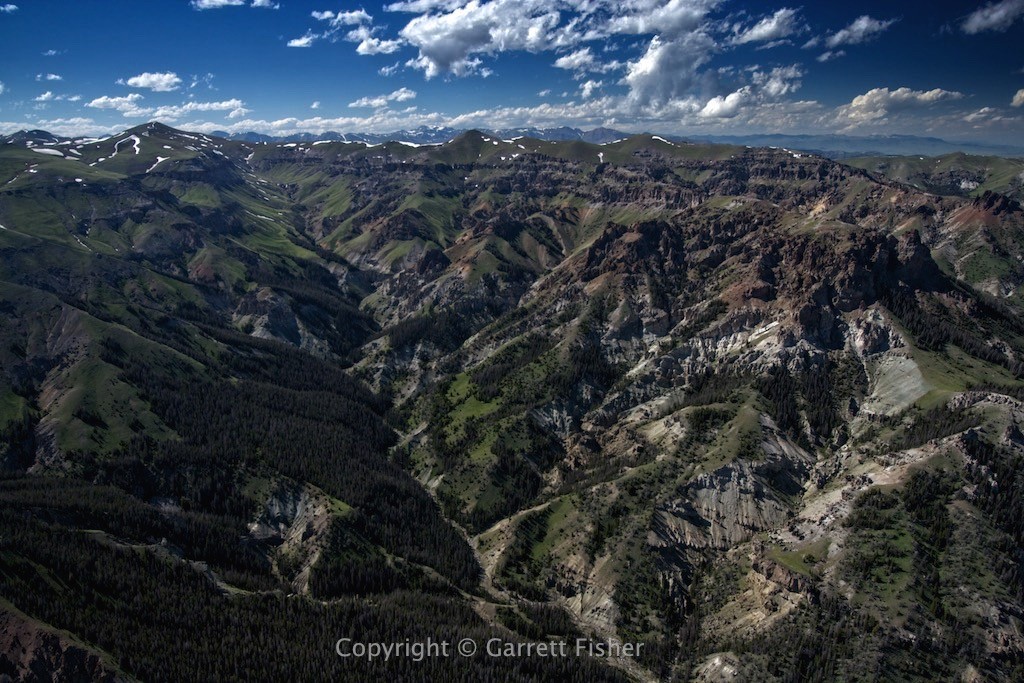 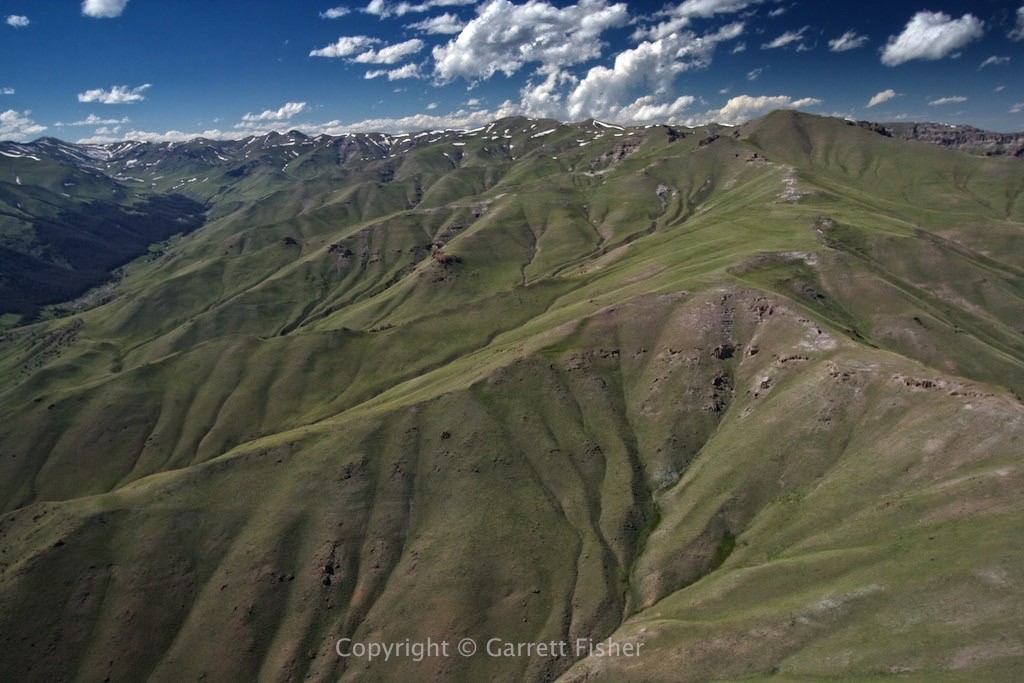 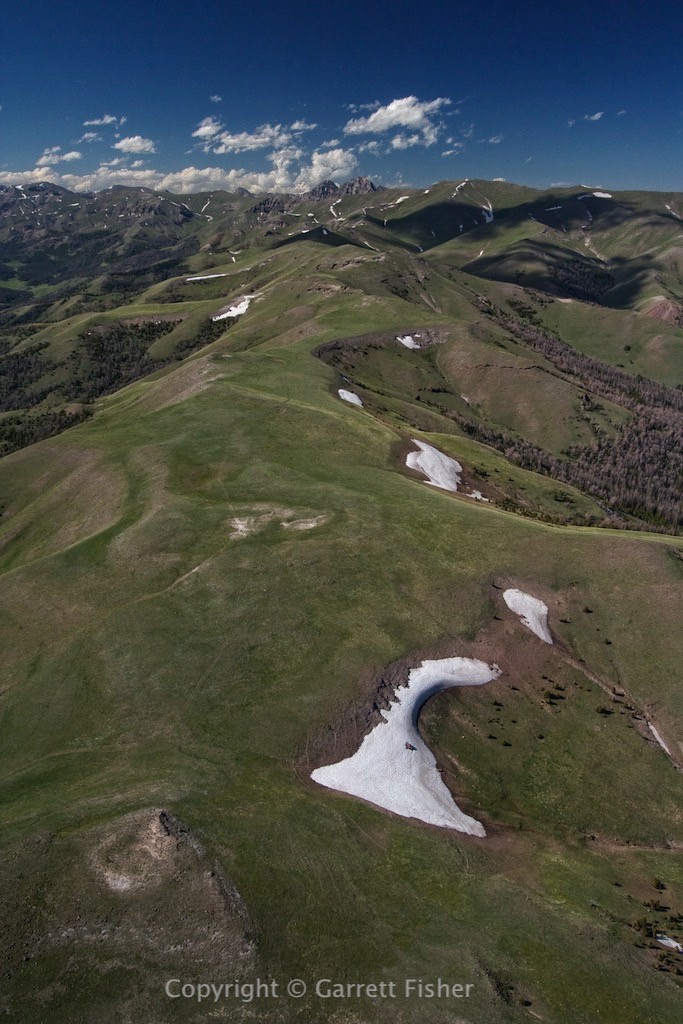 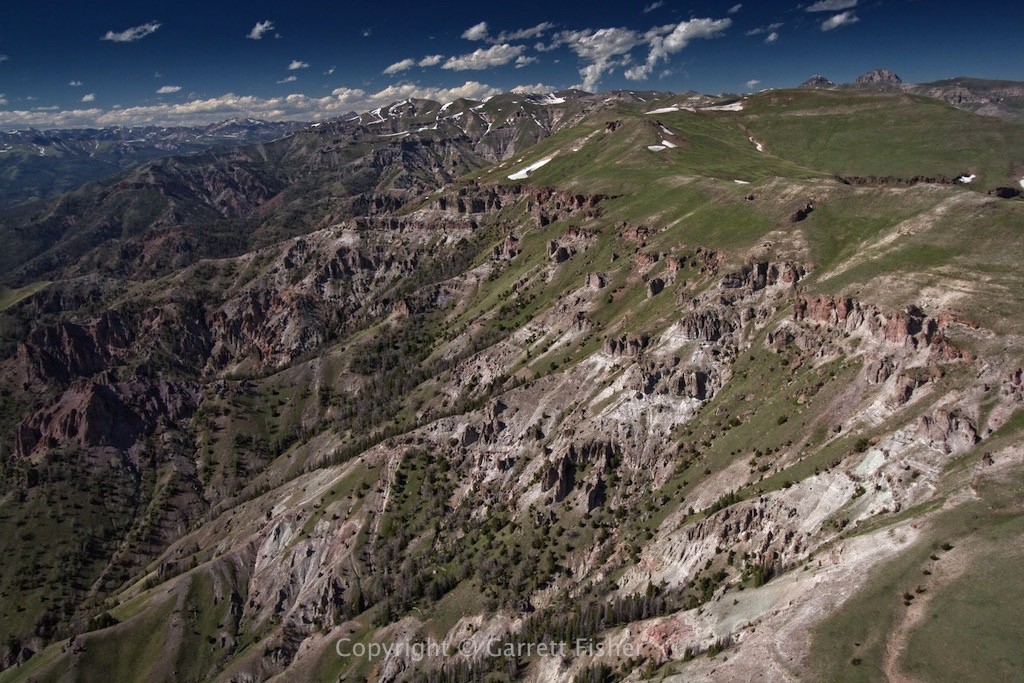 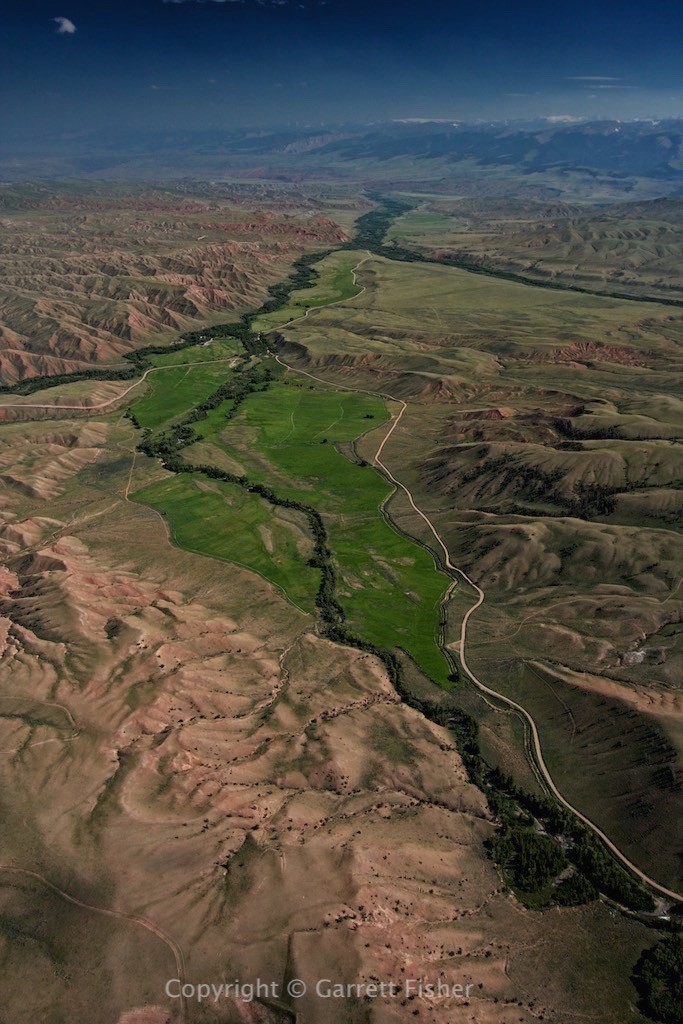 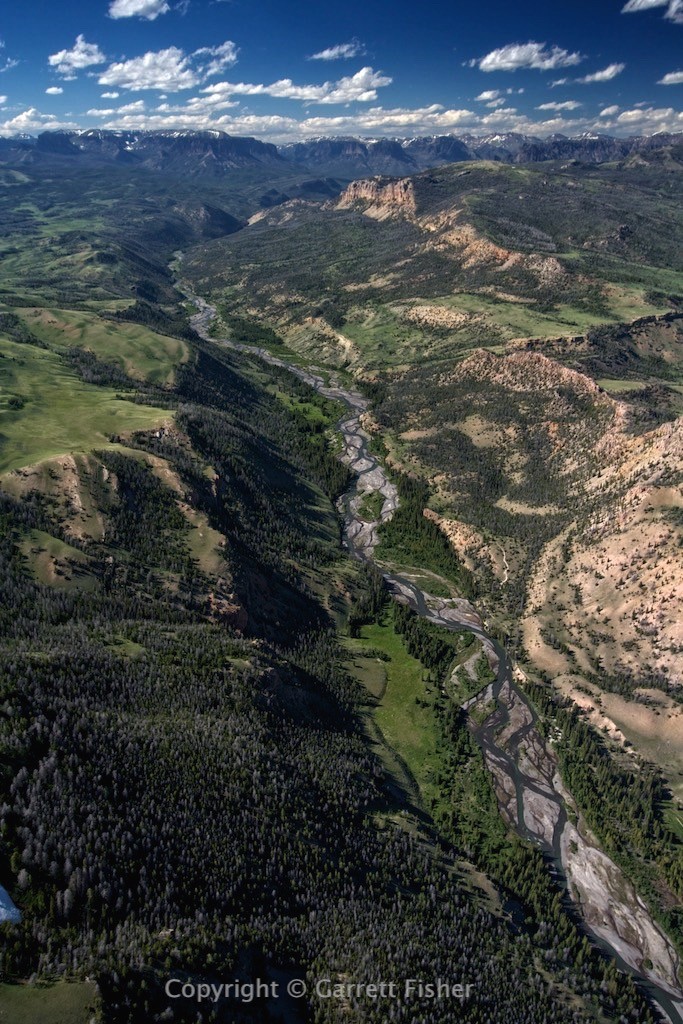 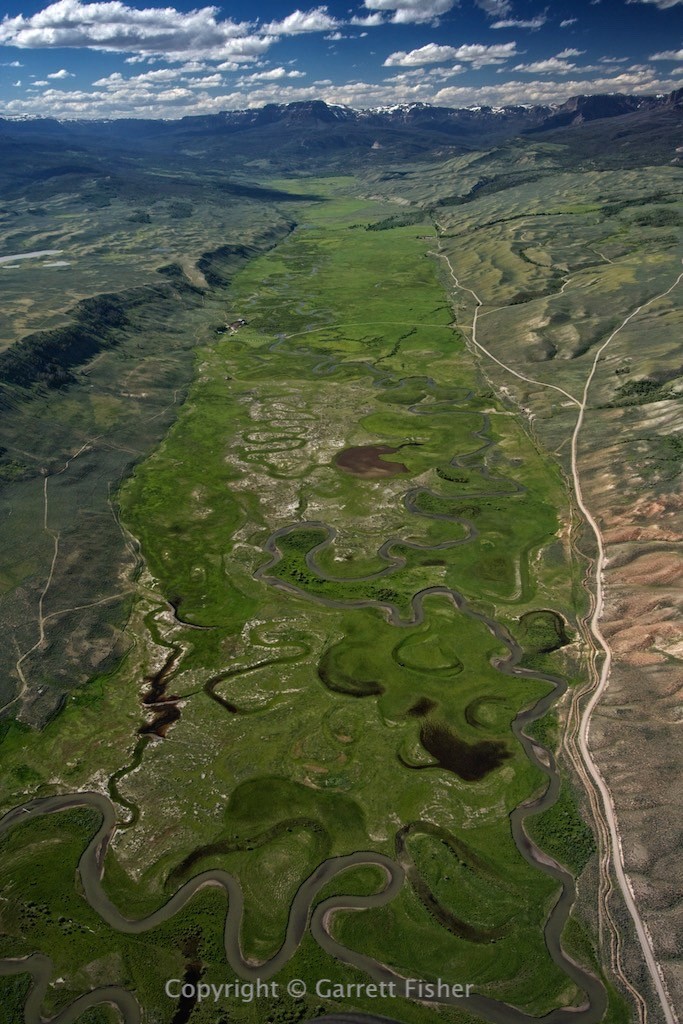 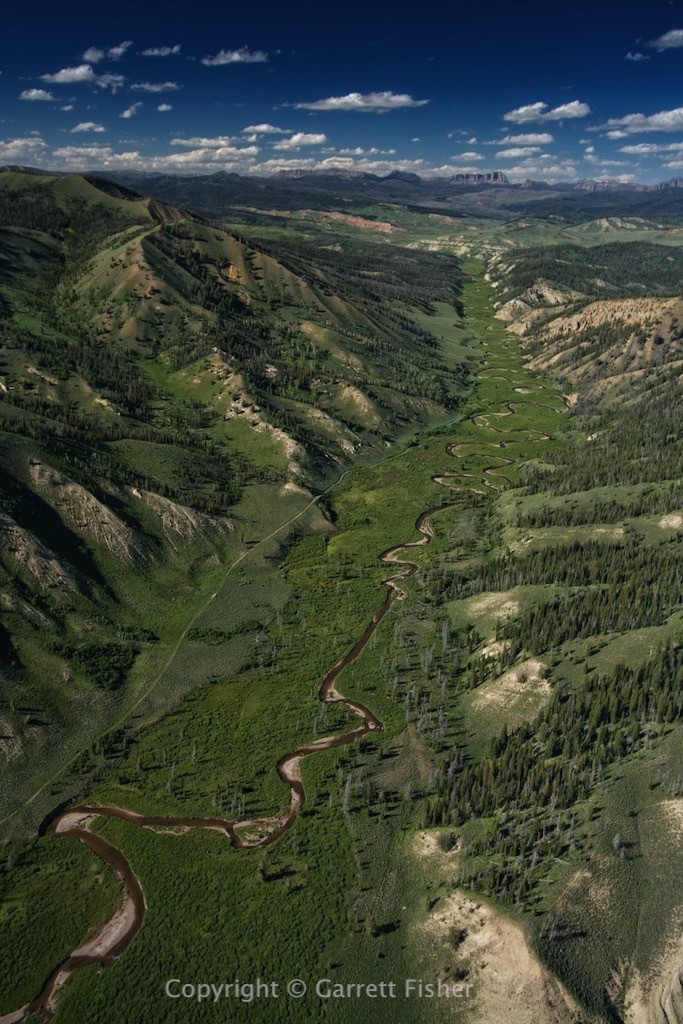 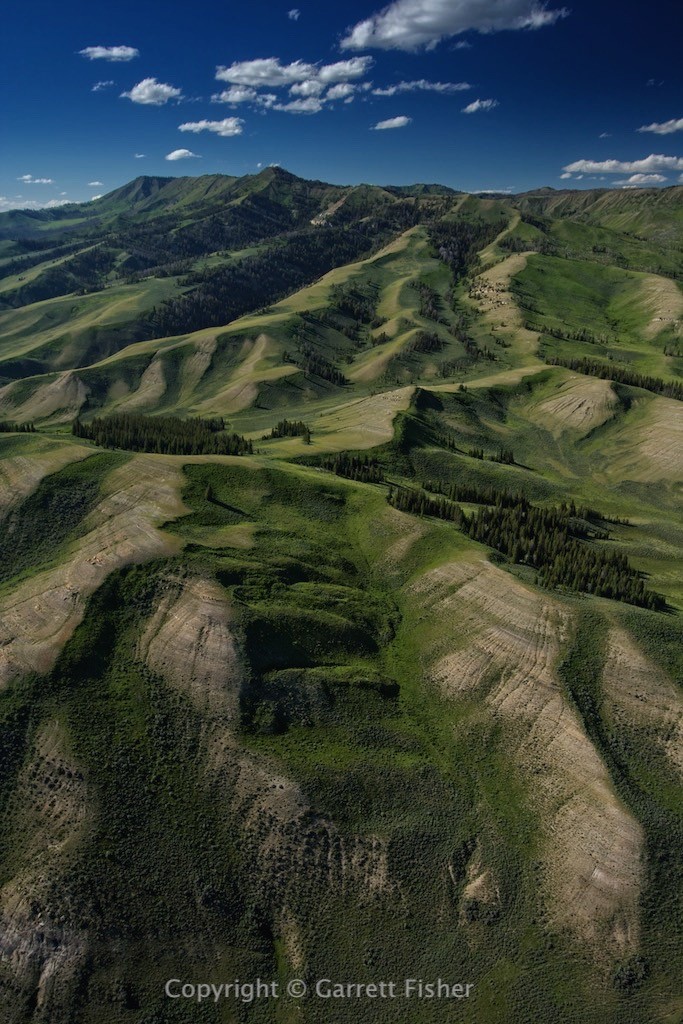 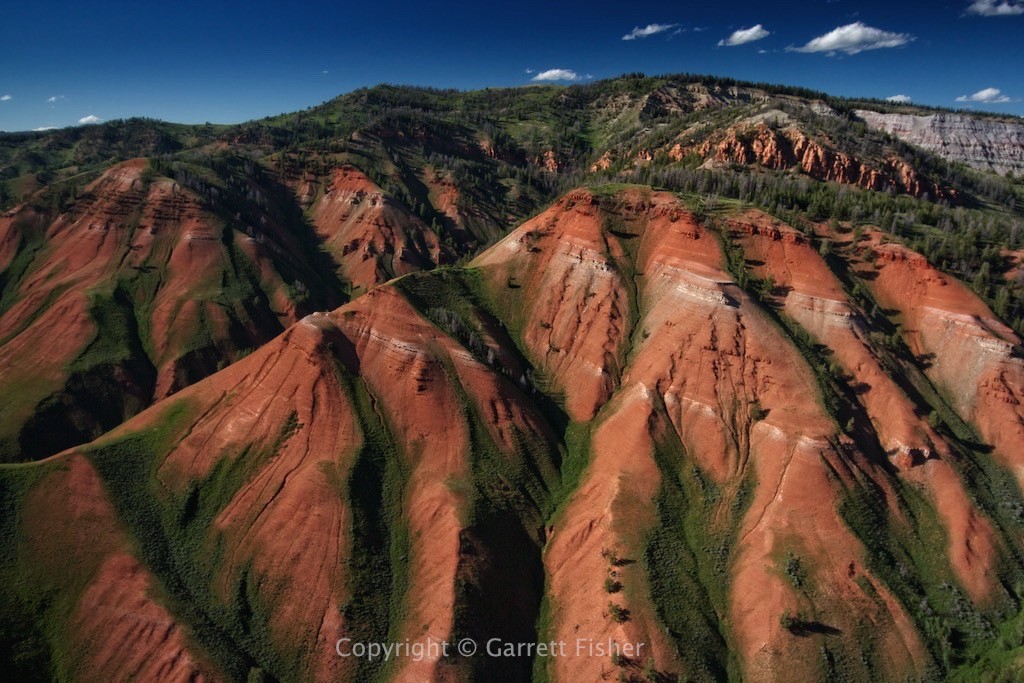 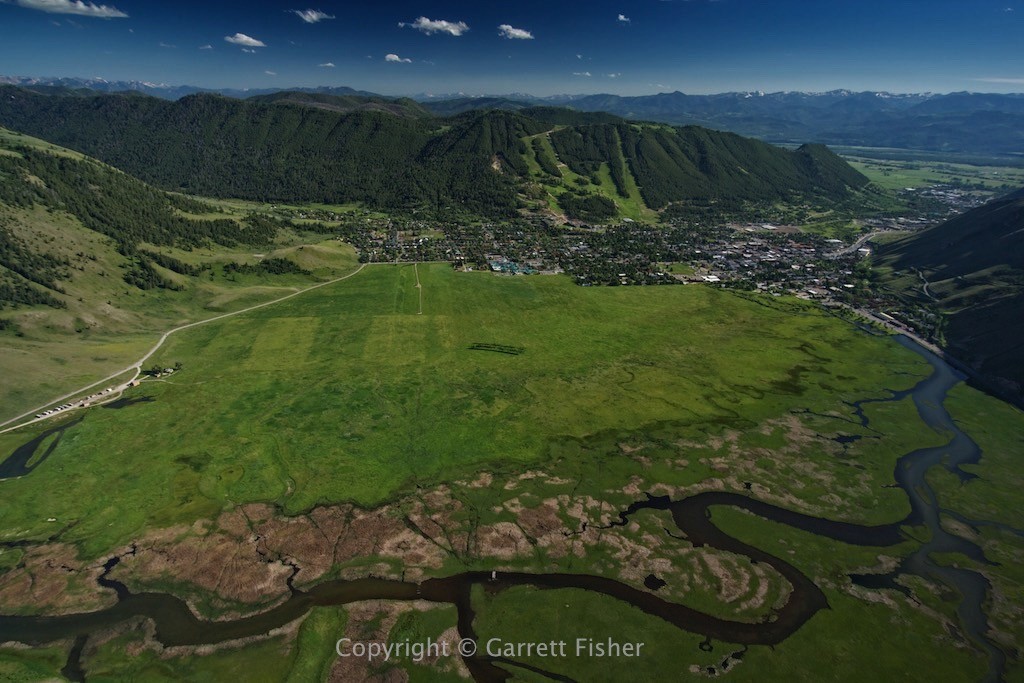