Morning featured bright sunshine and the exquisite joy of being a little ragtag Piper Cub parked in a line of business jets. For some reason, I absolutely love that configuration. Since then, it has happened more times than I can recount all over the West, regularly getting cut off by Delta Connection (Sky West) in small airports, as well as negotiating with Gulfstream and Citation jets in various steps in the pattern. I’ll stop there, as I could write a whole blog post about obscenely wealthy people and their silly habits with jets. Then again, I am sure they have quite an opinion about the hobo they saw riding in a kite somewhere in Montana…..

After takeoff, I climbed to a reasonable altitude to begin my cruise across Kansas. I had driven it enough times to know that it is about 400 miles wide. Yeah, this is going to take a while. It was taking even longer due to a silly headwind.

So I decided to try something new: flying lower to check out differing wind speeds.

I crossed half of Kansas at fifty feet above the ground, plotting a course to avoid what few houses or towns existed. It was absolutely awesome.

There is quite simply nothing there, so the rules are covered. As for obstacles… well, watch out for hills, towers, birds, poorly placed power lines, and otherwise, it’s all good.

Fuel was in western Kansas, where air temperatures were over 100 degrees. Prior to entering the pattern, I climbed from 50 feet above the ground to about 800 feet or so, and then descended back down for final approach and landing. It was an unholy inferno on the ground. Literally 70 days prior, I had stopped for the night in the very same town while driving to Colorado, and it was 38 degrees, 45mph wind, and driving mist. Today, it was hell on earth. I mentioned this dichotomy to the airport attendant, and he, in a brusque Midwestern cowboy like manner said, “That’s Kansas,” with a “You look like a pretty boy from out East” look on his face.

Takeoff was sluggish with full fuel, max temps, and ground elevation of 3,500 feet. As I reached 150 feet, I said to myself “why bother?” reduced power, and settled back into a comfortable cruising altitude of 100 feet above the ground. Fifty feet requires too much agility.

Crossing into Colorado, the ground got higher, in a noticeable way because I had to climb, yet imperceptible way because one cannot really notice the continuous slope. Settling in at 5,500 feet, it was brutally hot, so I climbed to 1000 feet above the ground to get away from baking soil, and chewed my fingernails as I plunged into a 140-mile stretch devoid of towns, houses, and airports. To make matters more fun, it was a max endurance fuel leg with the headwind, though I kept options in mind if I had to divert north or south.

As the hours went by, I got very hot and very worn out, battling 100+ temperatures and even hotter air blowing off the engine into the cockpit. At 80 degrees out, additional engine heat feels nice. With oil temps at 205, a hot firewall under the panel, and even hotter air, it was really awful. By now, the shirts I had soaked in water at the airport were dried out, and it was just hot.

Passing north of Denver International Airport, under the “cake” of controlled airspace, I weaseled west to Boulder for fuel. At this point, I still had no radio, and I had no clue that Boulder is a beehive of airplanes, especially as a tow plane dove toward me on final. I would later do flight training here and learn that it was part of a dual pattern.

As I got fuel, I noted thunderstorms over the Continental Divide and asked the guy behind the desk if it’s doable going into the Rockies. He said “nope” and pointed at the growling thunderheads. Fair enough, I was tired and worn out, so I called my wife in Breckenridge and asked her to come get me. I’ll fly her the last little leg another day.

That, and seriously, I was completely terrified of going into the Rockies.

On the flight line in Wichita, KS 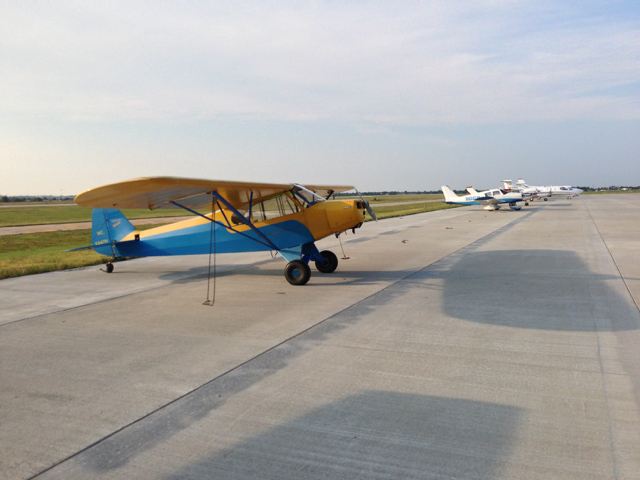 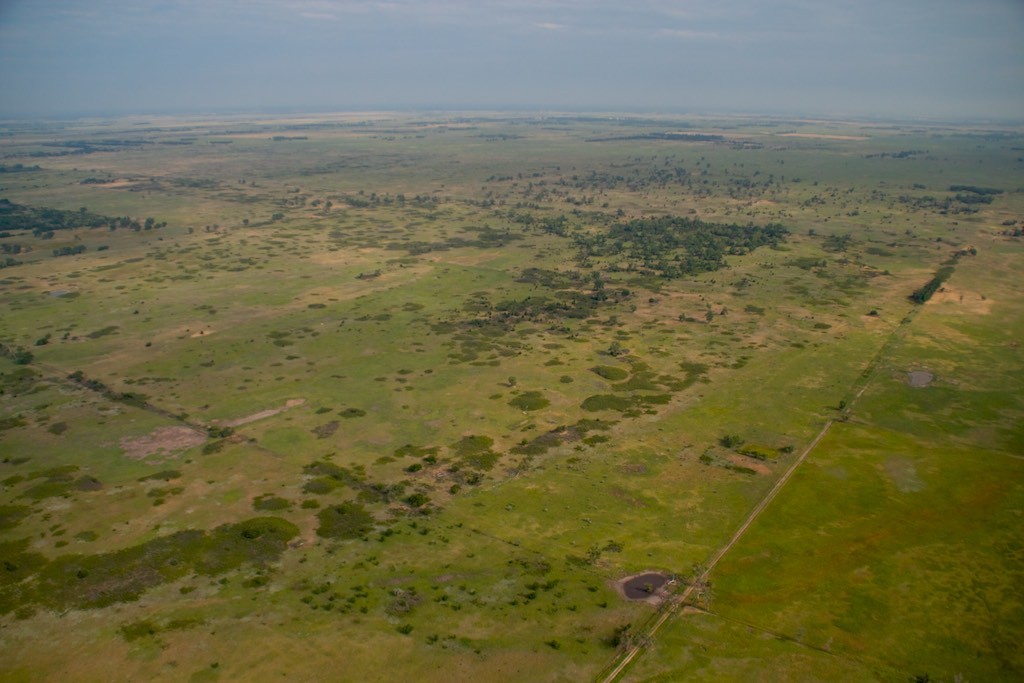 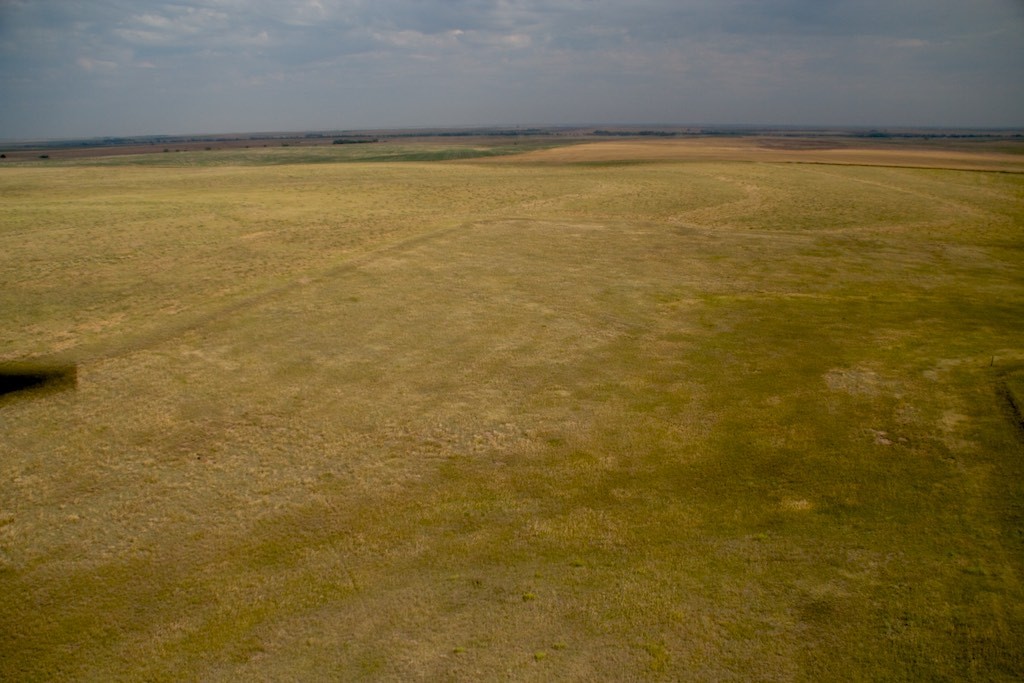 When flying this low, it is stupid to actually look to the left with the camera. I just held it and kept clicking the shutter. This is more like driving on the freeway while taking pictures. 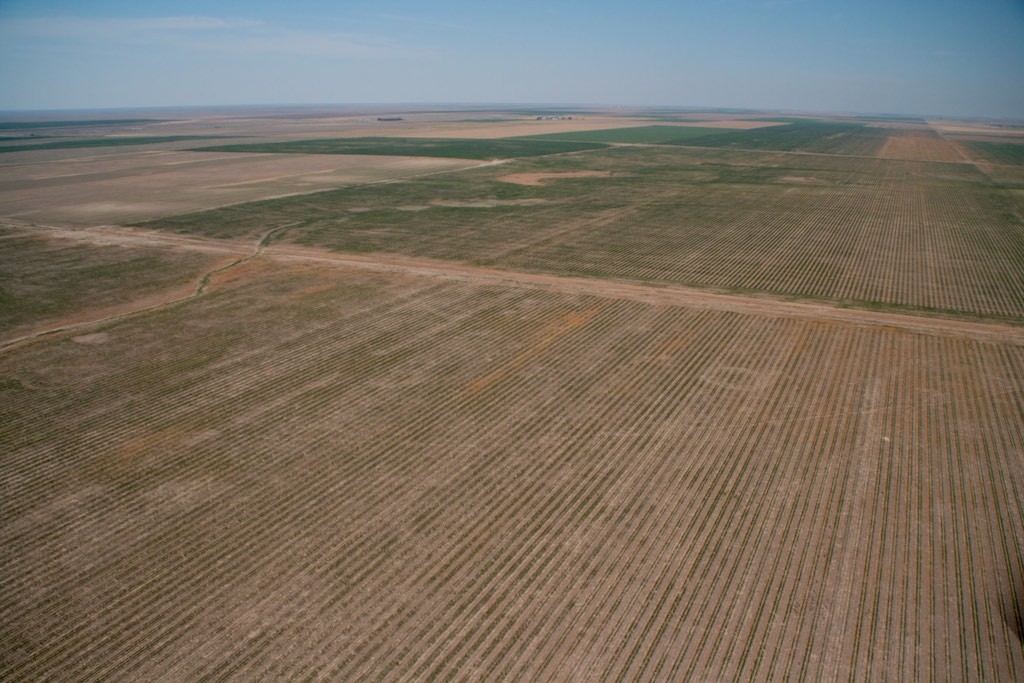 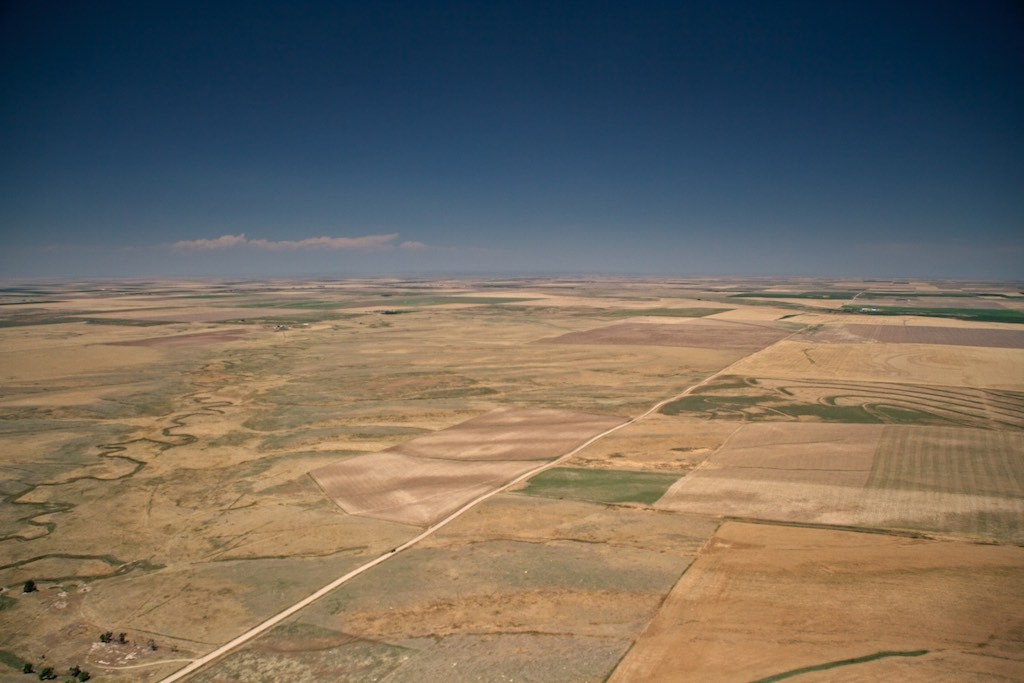 As far as the eye could see, all I could locate was one shed in this image. Emergency landing itself wouldn’t be a problem. Death by dehydration, on the other hand, was a reality. 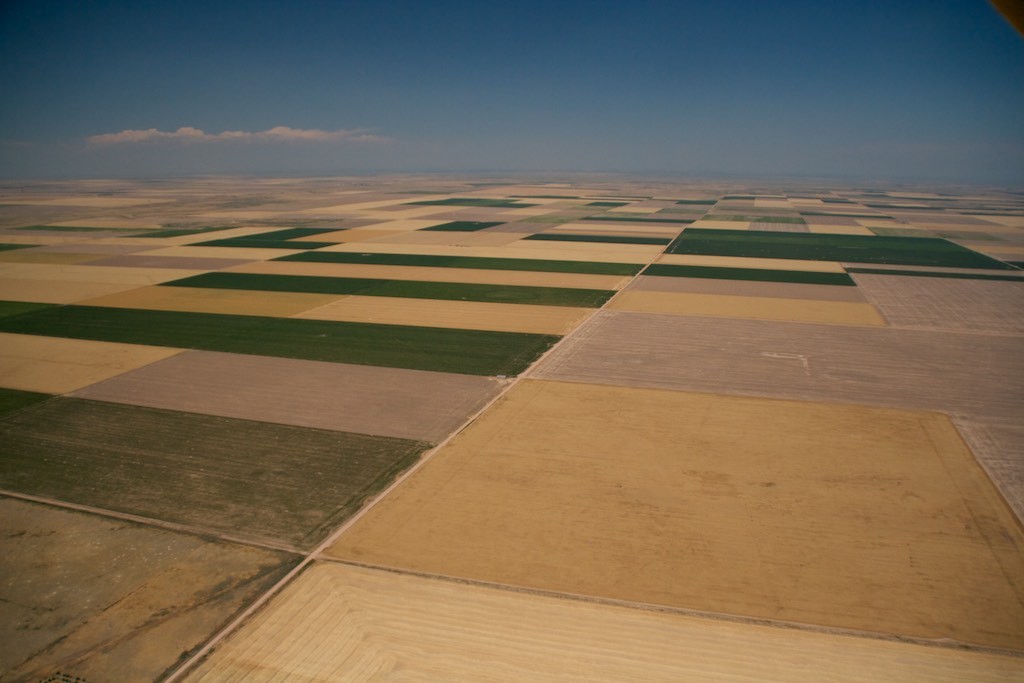 Approaching the Urban Corridor of Colorado. Rockies on the horizon. 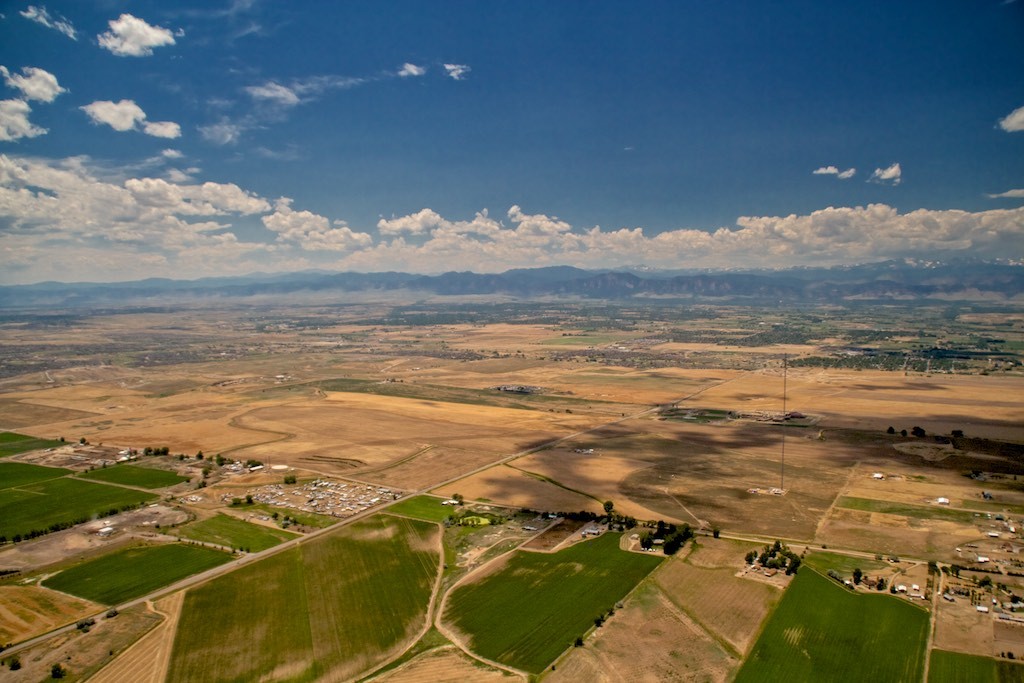