If you actually read my blog post prose, instead of just looking at the [stunning, inspiring, modern day Ansell Adams] pretty pictures, then you’d know that I ended the last post, on a Saturday night, with “There is no way I am going to Montana.” I was tired and worn out, with more insane flying under my belt than I had ever done in such a short period of time. That was Saturday night at 7PM.

Fast-forward to Sunday morning, 9AM, 14 hours later. I woke up, in our semi-furnished townhome we live in, opening my eyes to a classic nouveau style poster promoting Glacier National Park. “That’s it! I am doing it! I am going to Montana because this poster will flash in my head and haunt me if I don’t!” Tuesday morning, I took off for a two-day binge flight covering most of Montana.

One may ask why I feel the need to so such things. The reality is with aviation, there is no time like the present. Every single book project of mine has taken longer than expected. The airplane breaks, the weather is foul, the seasons don’t cooperate. It is just how it is, so if things work now, then it is probably the best time to do it. That, and a possibly record breaking El Niño is brewing, which means that Montana will be bone dry and warm all winter, culminating in being on fire probably for most of next year. That means that it might not be until 2017 that I could consider the project, and that is just plain unacceptable!

I must say, I was quite nervous about the whole thing. I would be flying over some seriously deranged terrain in Glacier National Park, with steep mountainsides with 4,000’ to 6,000’ near vertical terrain, wind, and complete wilderness. Engine loss would translate into an above timberline landing, and I would be in the habitat of grizzly bears, with no roads or cell reception. This is as serious as it gets.

I did hatch a brilliant plan. “Why not file a flight plan?” I mean seriously! I wrote them off as a stupid idea when I did the last one in 2010, largely because I could not make a radio call to edit arrival time, and royally irked Flight Service by calling in late to cancel the plan. Instead of remembering the affair as a conditional circumstance hinged on the lack of a radio, I just got pissy and decided flight plans were a ridiculous restriction.

The flight through Idaho into southwest Montana was actually a lot of fun. Skies were blue and clear, winds were light with a tailwind, and I got to see a section of the country heretofore never experienced. This part of Montana reminds me partially of Colorado, with tall mountains, yet partially of many other sections of the West, with dry sagebrush country in between.

The Swan Range contained my first glaciers, and it was evident that they used to be very large. Changing climate has severely receded them, though the terrain was still amazing, as glacier carved mountains are the severest kind around. I noticed some interesting trees that looked like pine trees, yet were yellow. Eventual closer inspection showed that they are Alpine Larch, a variety of pine that has needles that change color in the fall.

The Flathead Range was next, with more glaciers. Terrain had transformed into a moderated Pacific climate, with heavy tree cover, and raw wilderness to the east, where I skirted the border of the glaciers. Here, I found that the understory of the pine forests was filled with autumn color. Basically, ground cover and shrubs were in brilliant display.

I landed at Glacier Park International, fueled, had lunch, and filed the flight plan. I was about to embark on the longest stretch over dangerous terrain I had ever done, and I had my reticence about the whole affair. As I took off, things weren’t so bad initially……until I got to the Lewis Range inside Glacier National Park. Those mountains were absolutely crazy, with rather stiff winds coming in from the west. Fortunately, position reports were working, so I was able to relay reports every 10 minutes to Flight Service, and also stay on the frequency in the event I need to alert them of a dreaded engine issue. I also decided that my maximum risk was a crash landing above timberline, where I would simply wait for rescue, instead of hiking into a bear cave. That was the risk, and it’s just how it was. It also helps that when I am transcended to near spiritual beauty, I tend to focus less on the potential of death.

I went south to north along the west side of the range and got pretty close to the terrain given the winds. The walls of rock were so severe that they were blocking a lot of the wind in certain areas. Instead of creating menacing vortices like the Colorado Rockies, these guys were making funnels and barriers, which was actually easier to manage.

I was glued to the iPad for the imaginary line that is the border with Canada. At 49 degrees north latitude, there is no distinguishing feature, just a sea of mountains with a line running through it. The fine is $5,000 for an unauthorized border crossing, and US Customs and Border Patrol is not known to be the nicest folks when it comes to airplanes, so I stayed 2 miles south of the border and turned east. Then my phone alerted me to a text “Welcome to Canada! Global data is $2.05/MB.” Shut it off! Shut it off!!!

With that little scare behind me, I passed along the US side of Waterton Lakes National Park, a really cool park in Alberta, Canada that I have fantasized about. Here I am seeing it from the air!

I turned south, scouring more glaciers and finding even crazier terrain, all up against the Montana prairie. It was truly a sight to behold. Finally, a few position reports later, and after having photographed the larger glaciers in the park, I wandered to the northern Flathead Range glaciers, then straight into Kalispell City Airport for fuel. One more flight to the Cabinet Mountains, and then I returned to Kalispell for the night, thankful that the hard work was over. There is nothing like the feeling of warming up having a glorious burger while flipping through my work for the day. I had finally done it! Glacier National Park in the Cub! 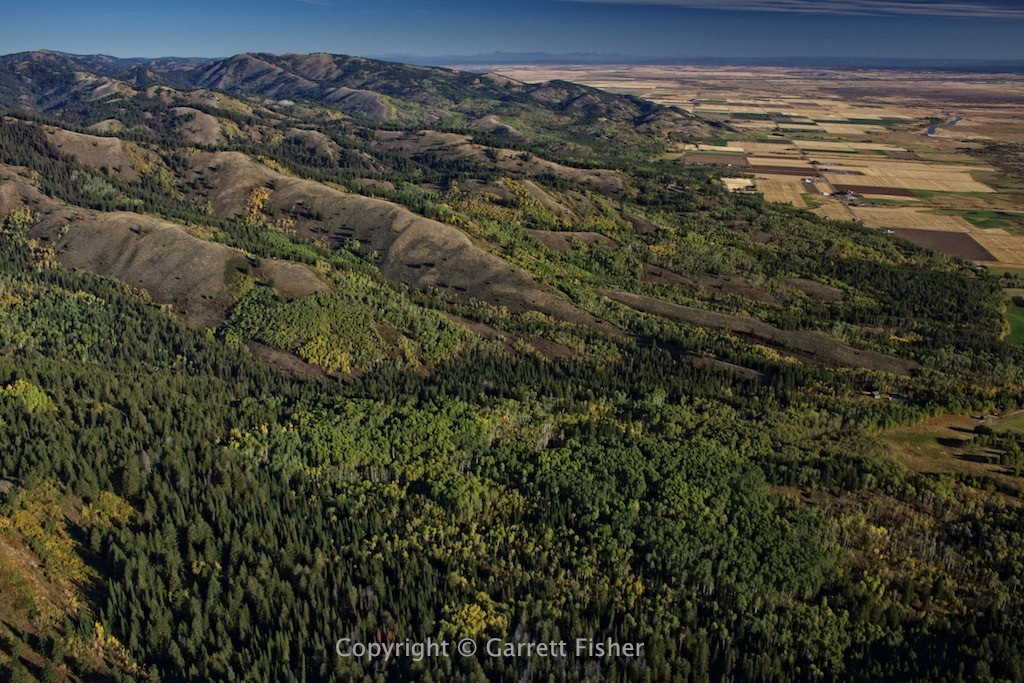 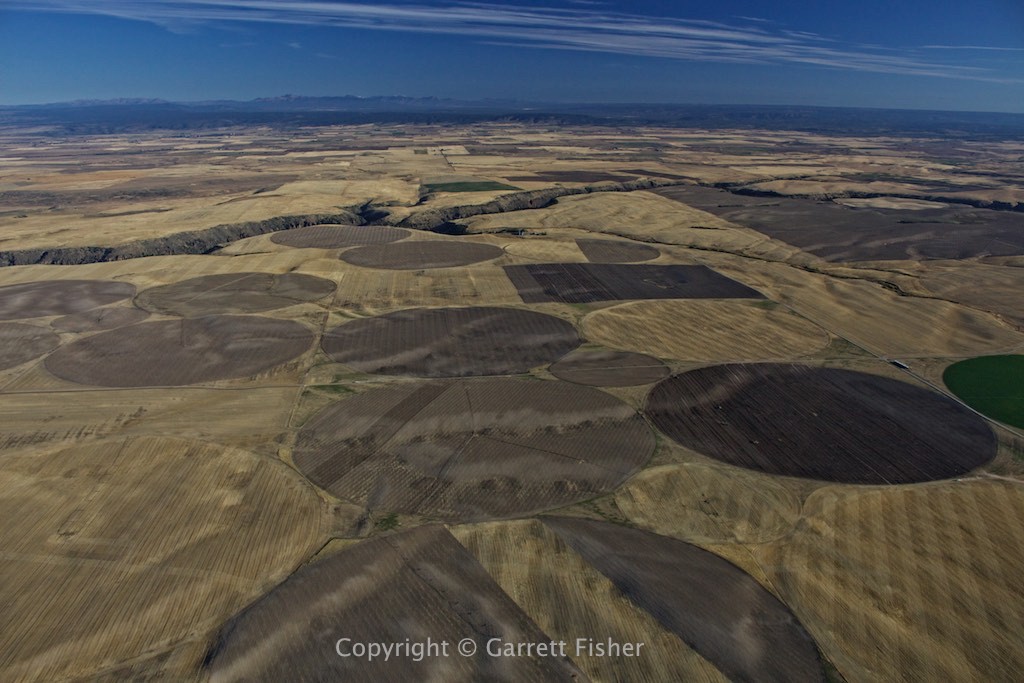 Approaching Centennial Mountains (in Idaho, mountains are border with MT) 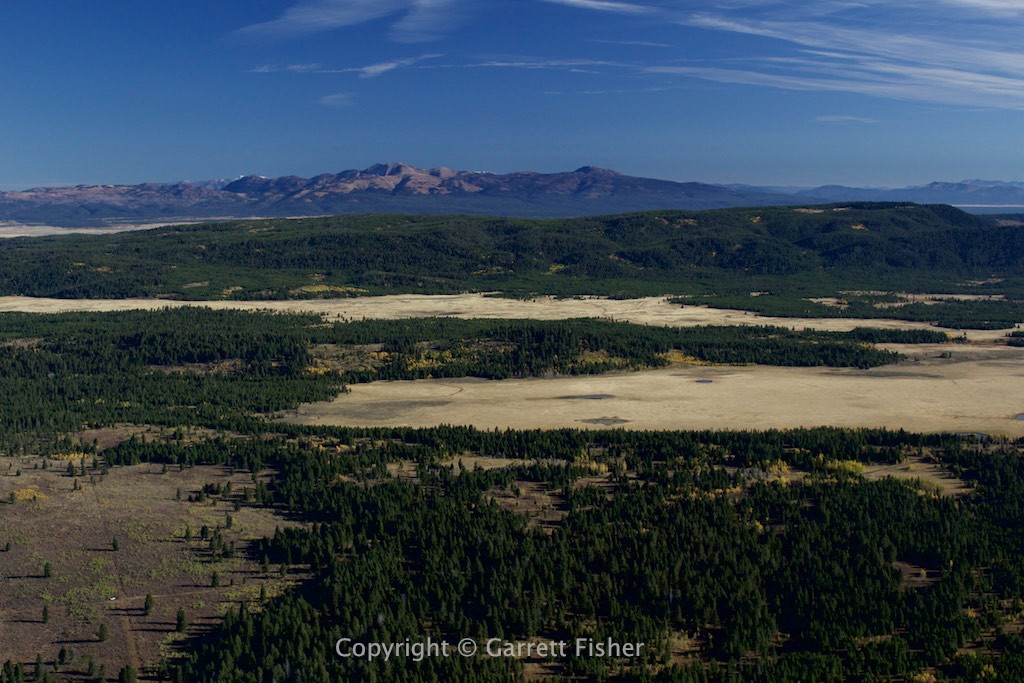 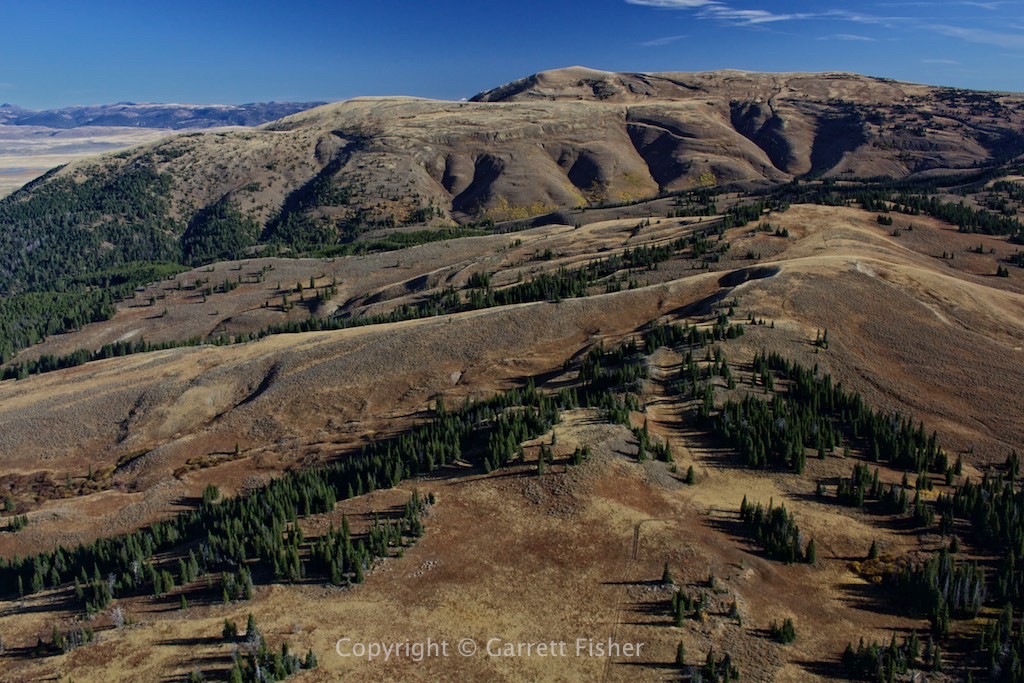 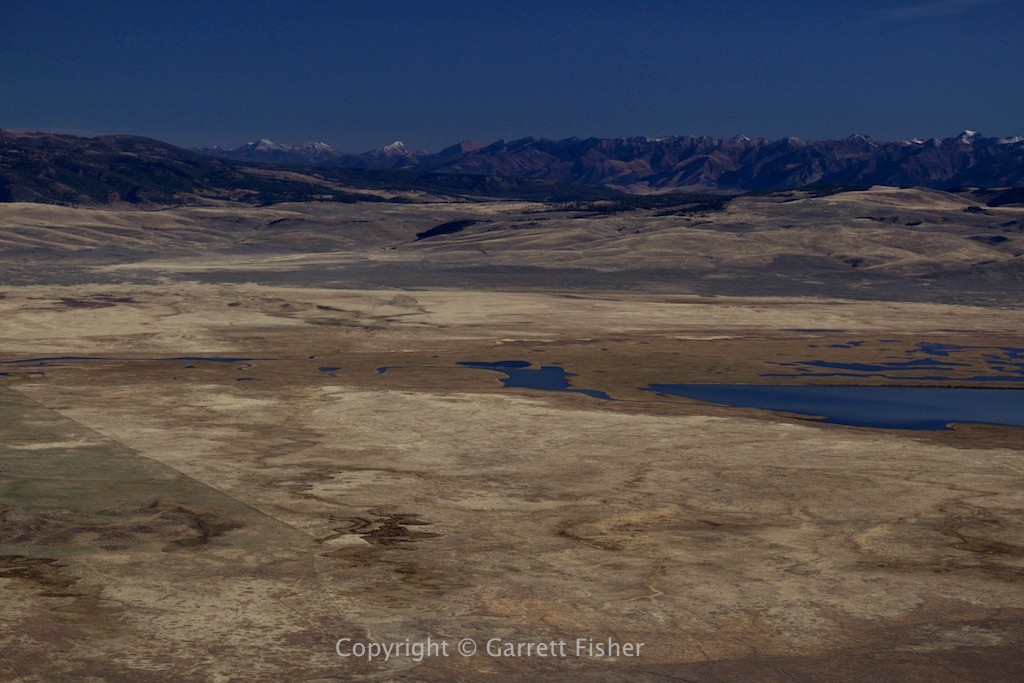 Ruby Range, MT (the rest of the post is Montana, so I am not going to repeat myself) 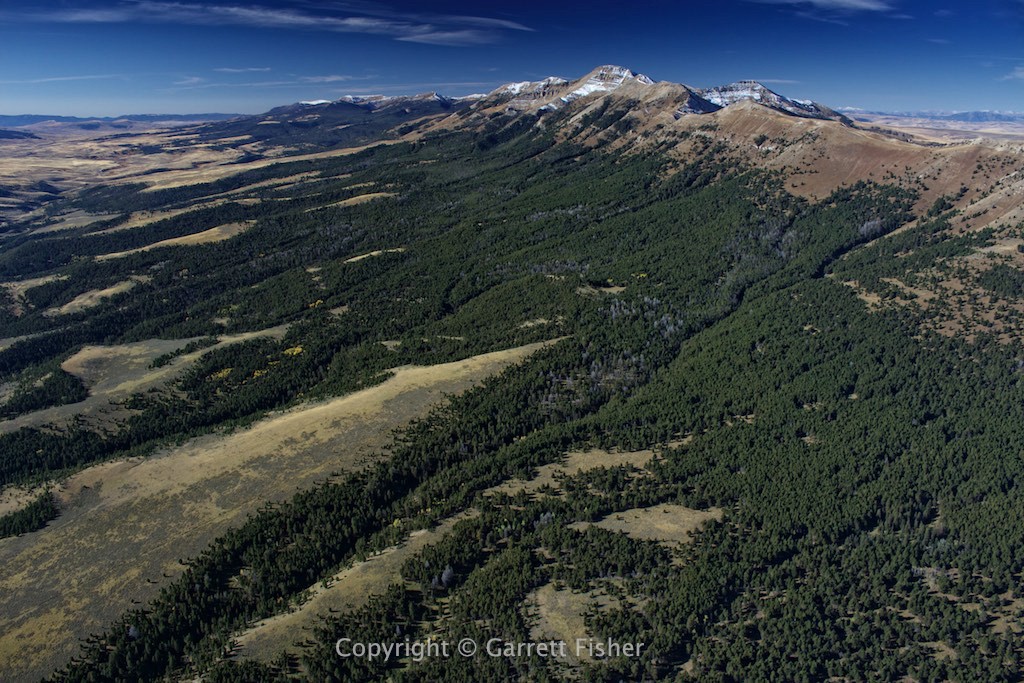 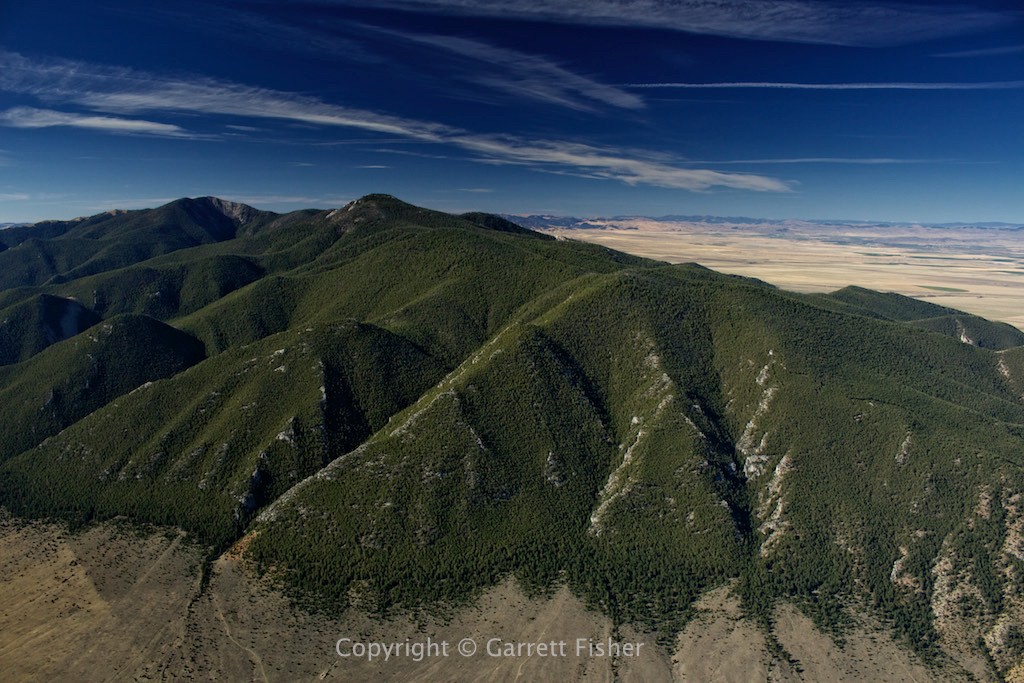 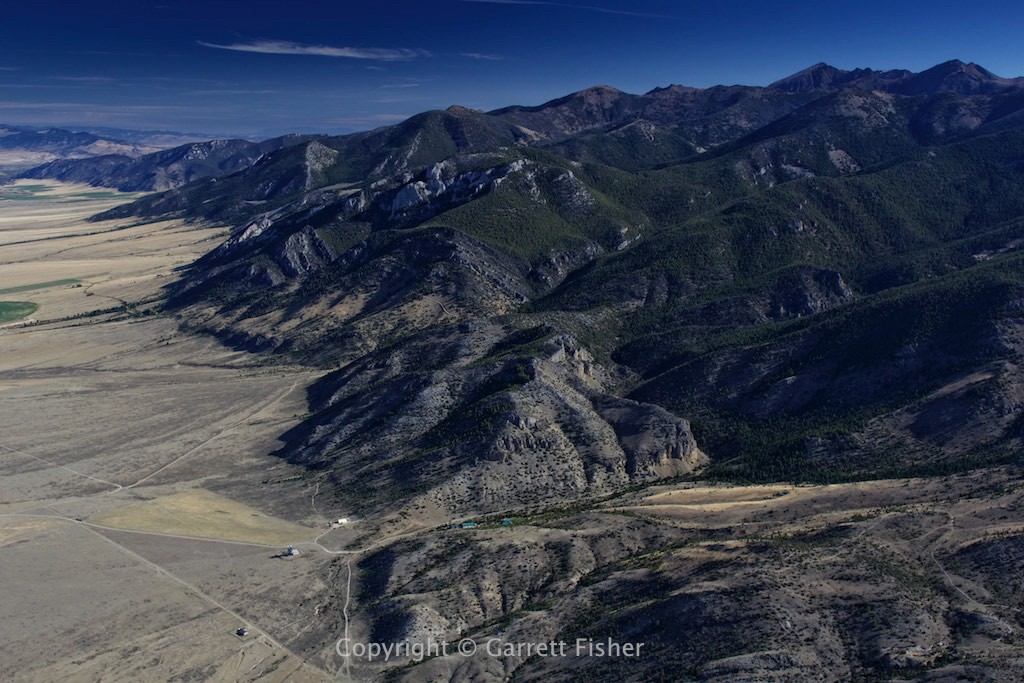 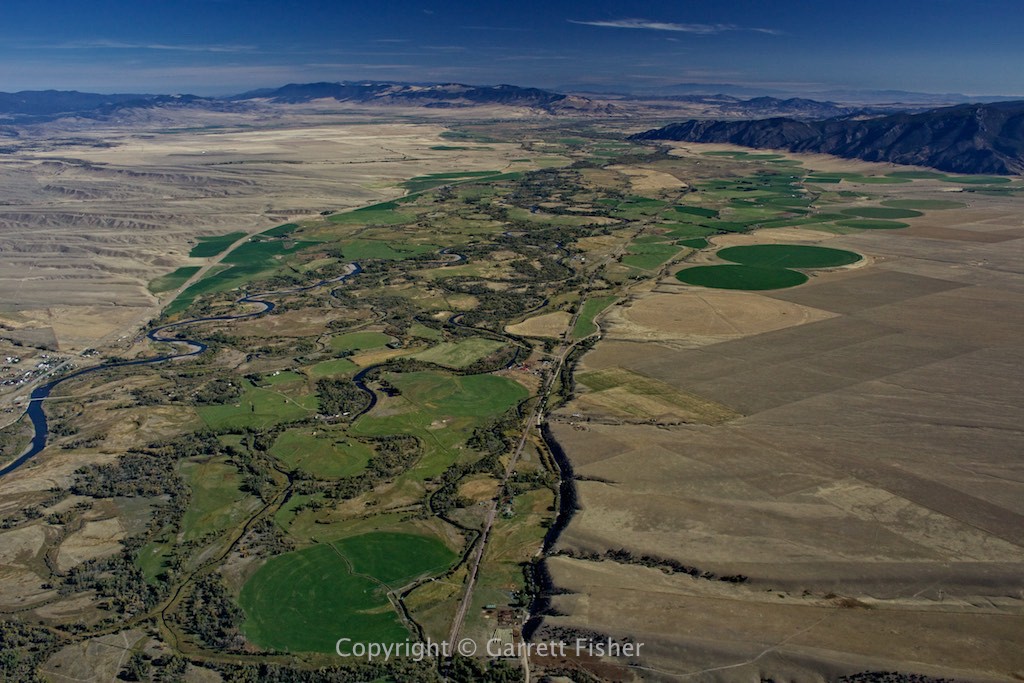 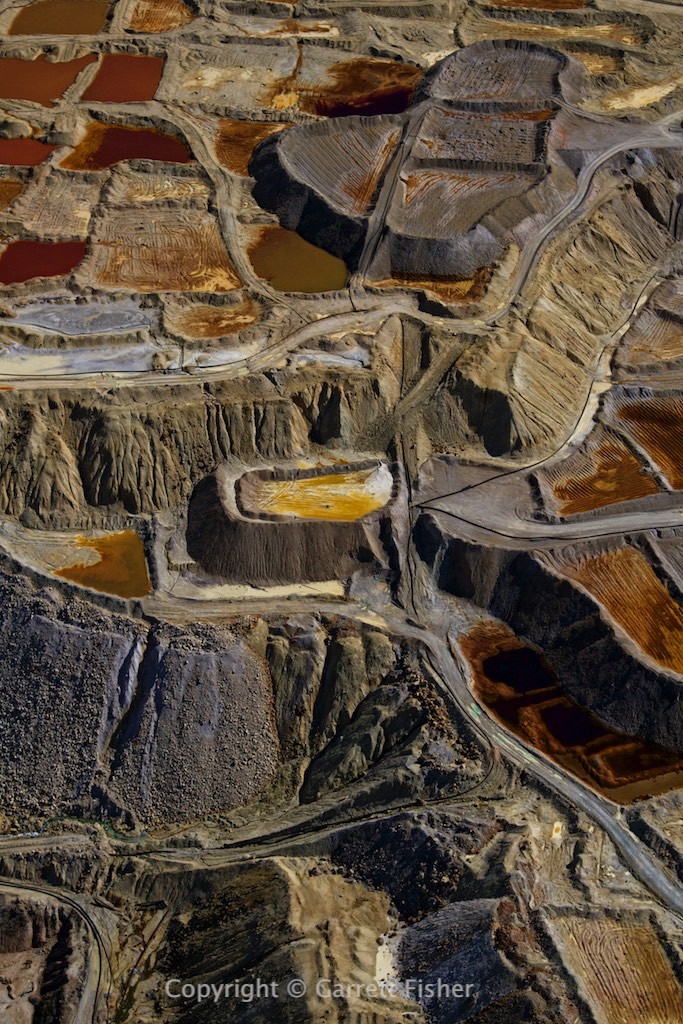 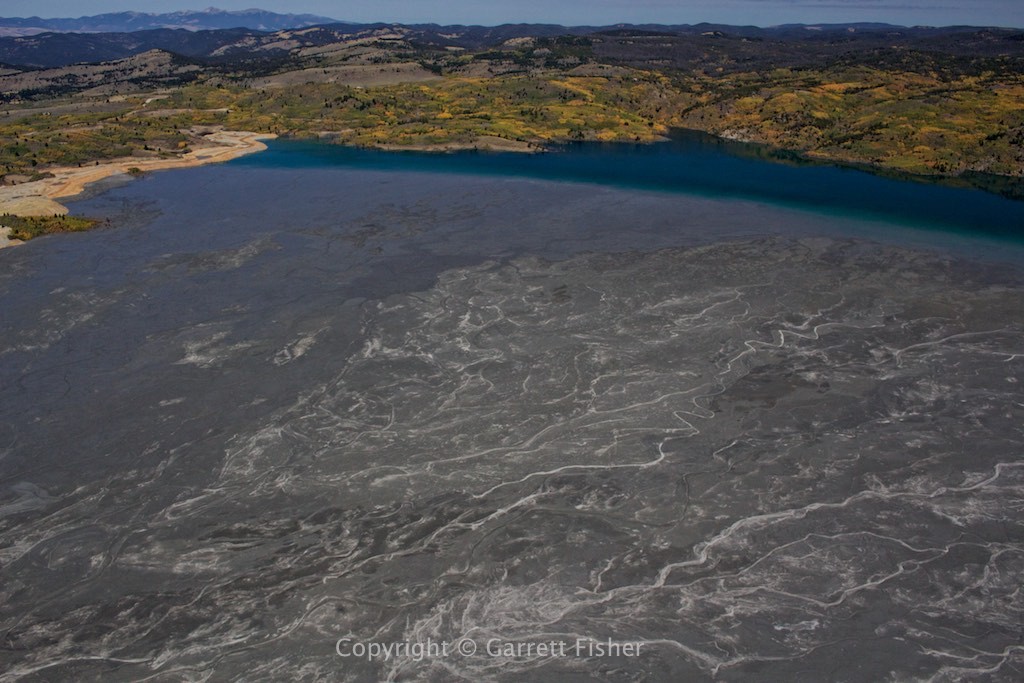 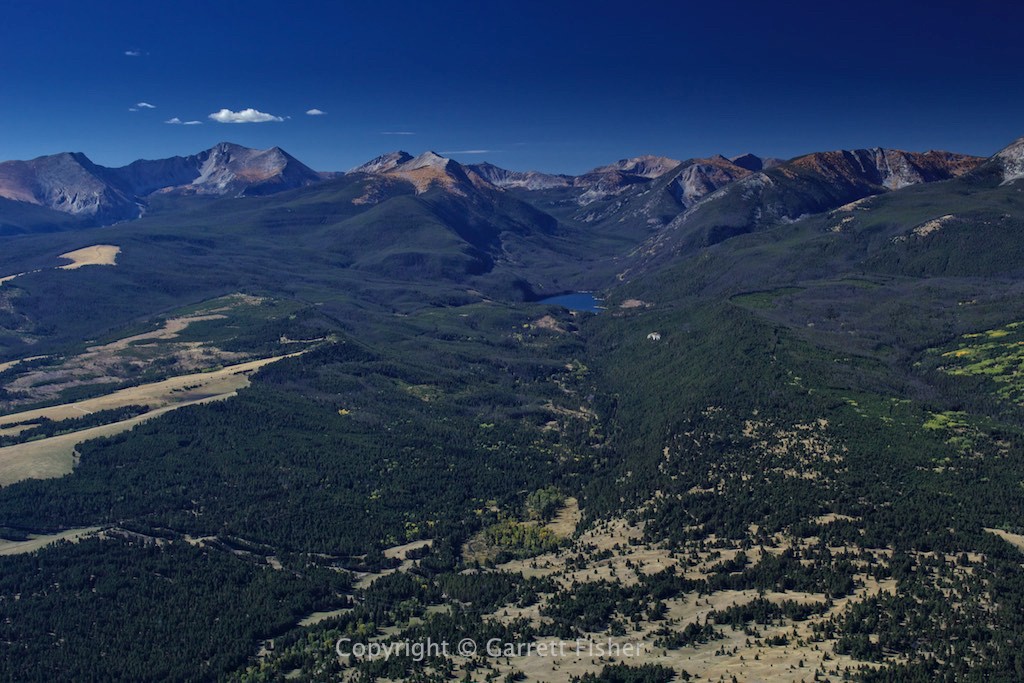 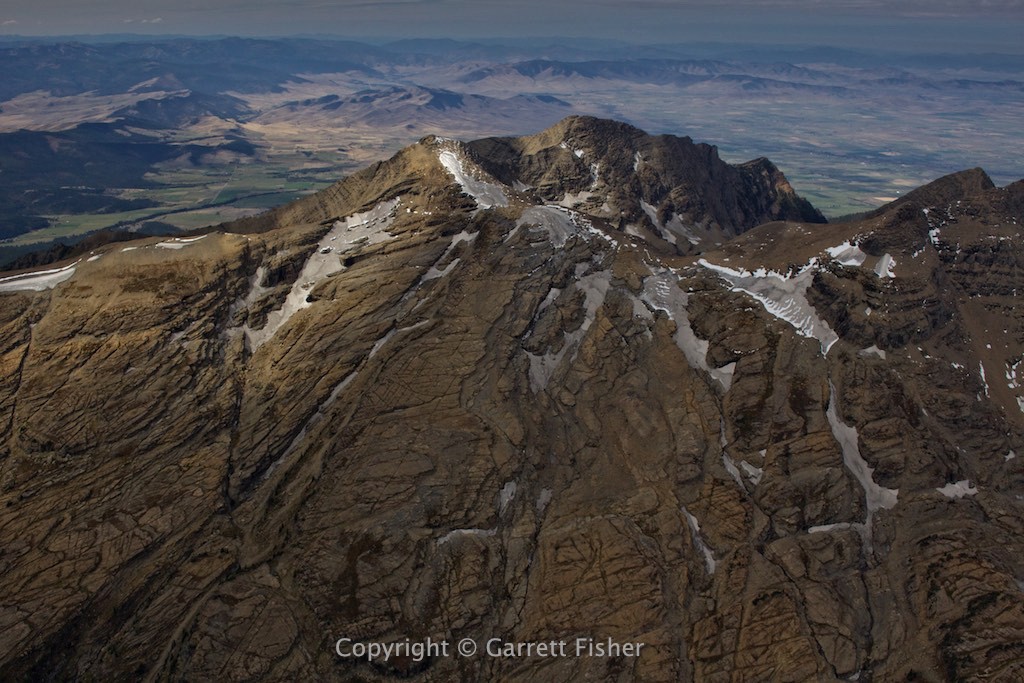 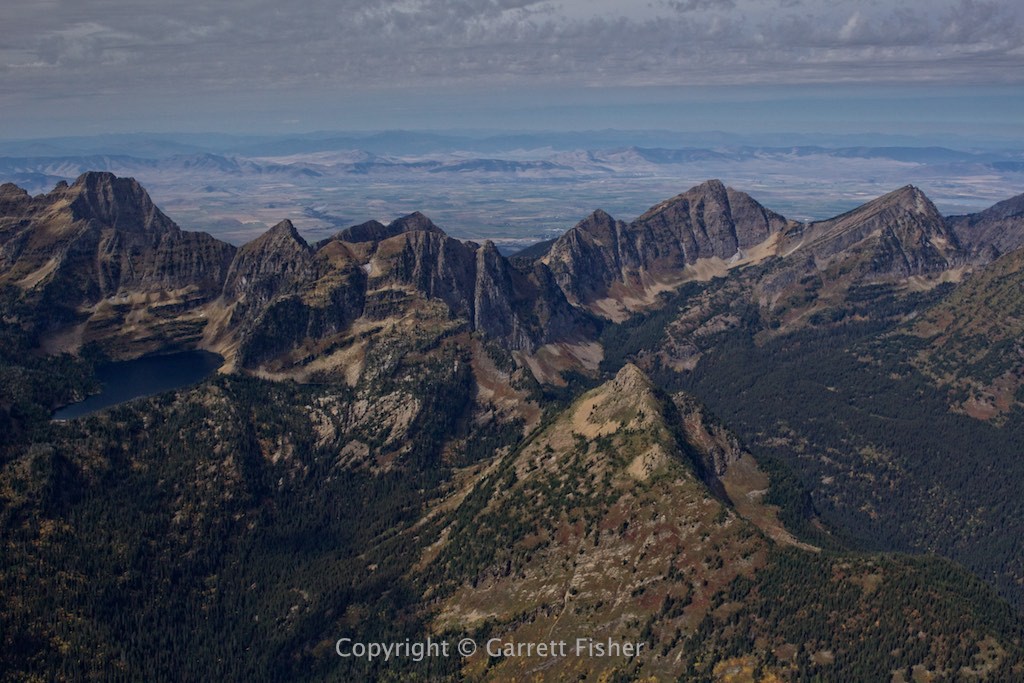 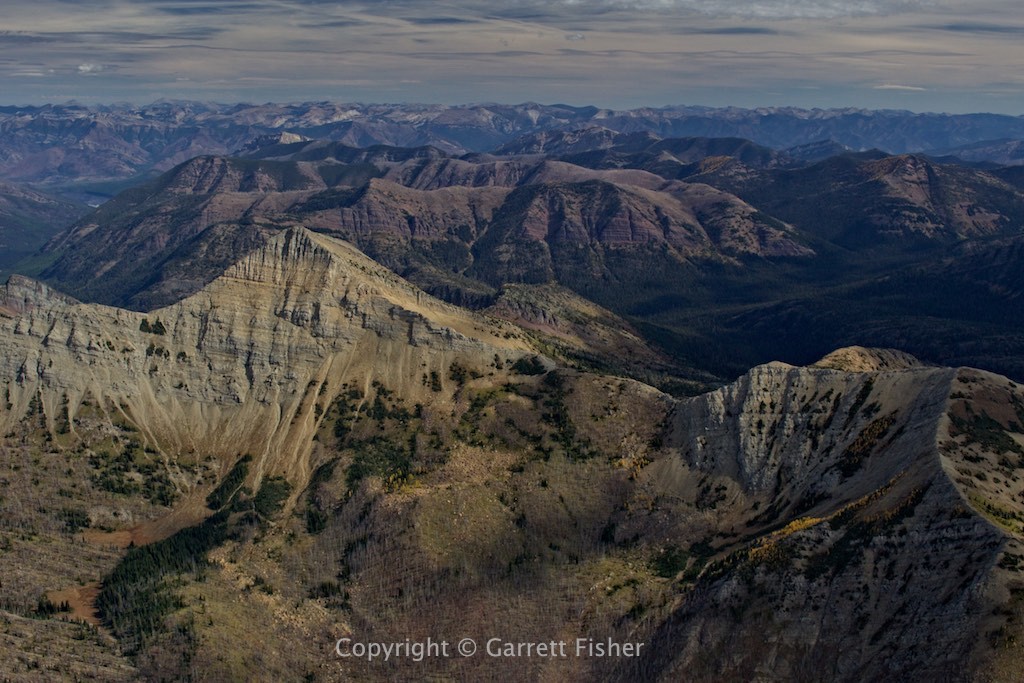 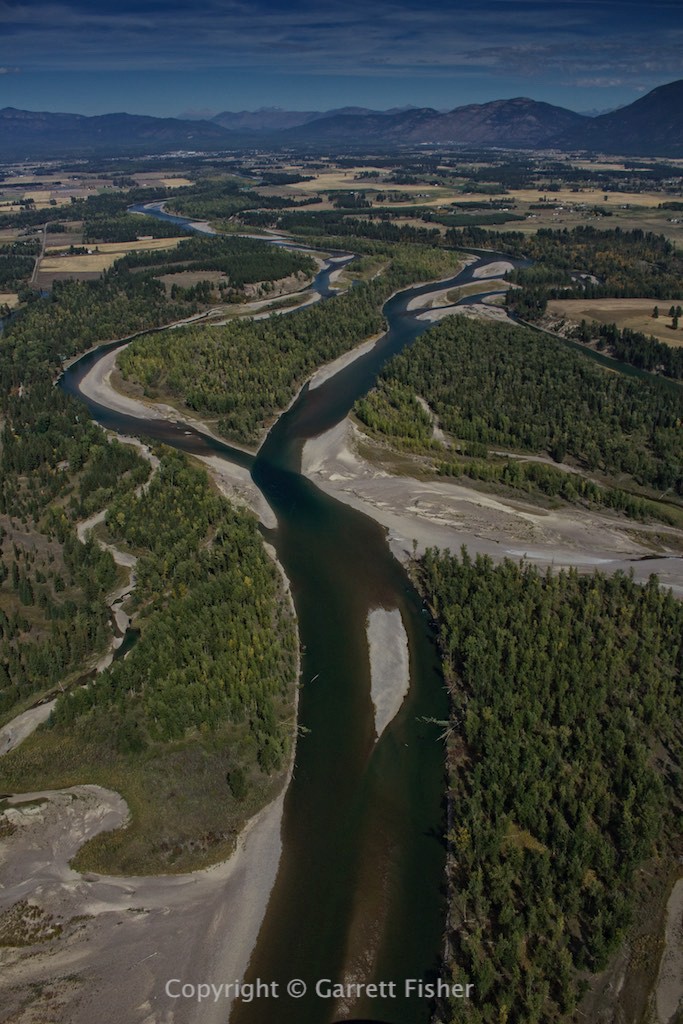 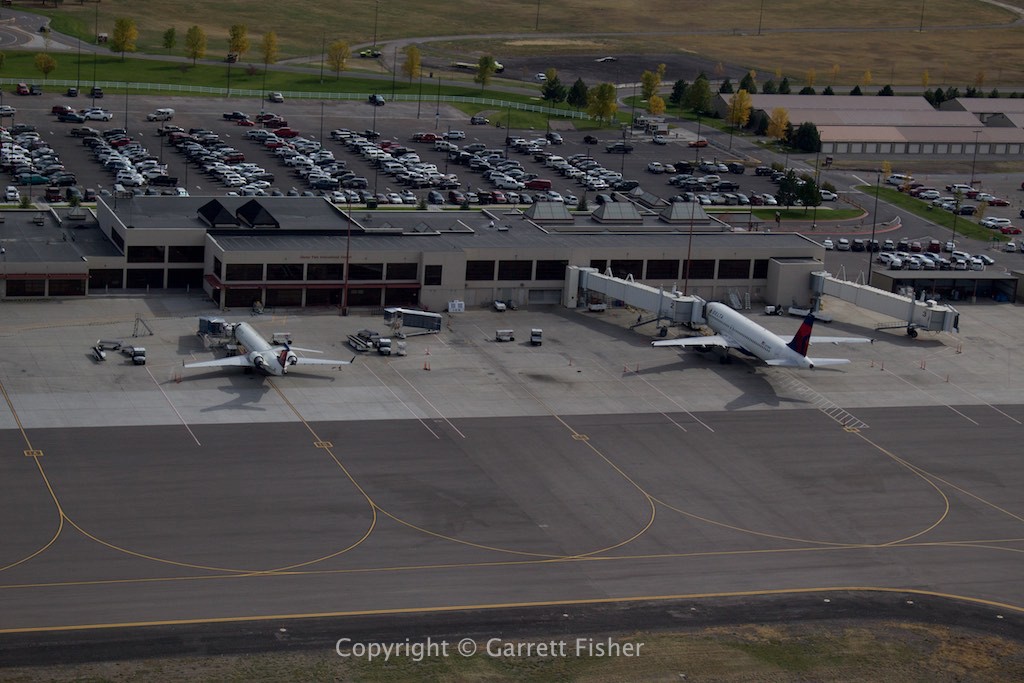 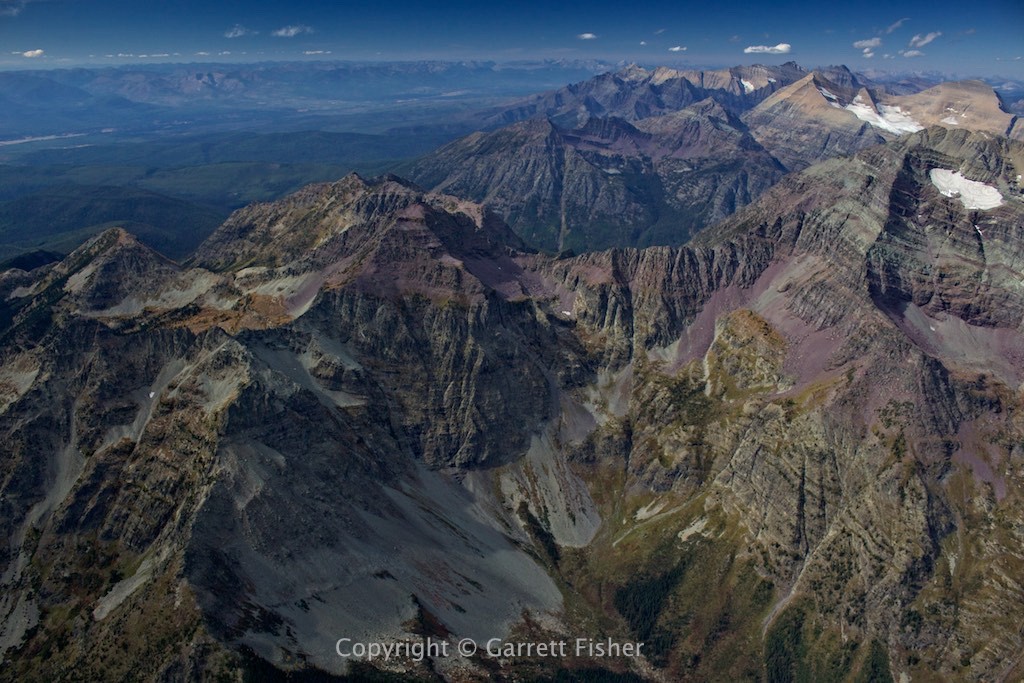 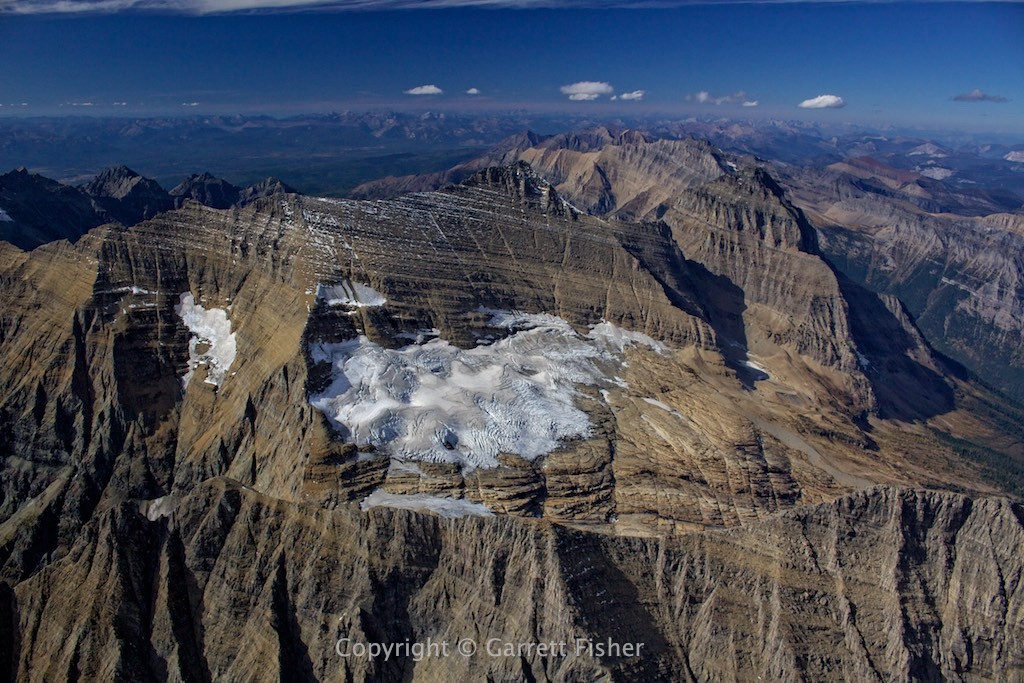 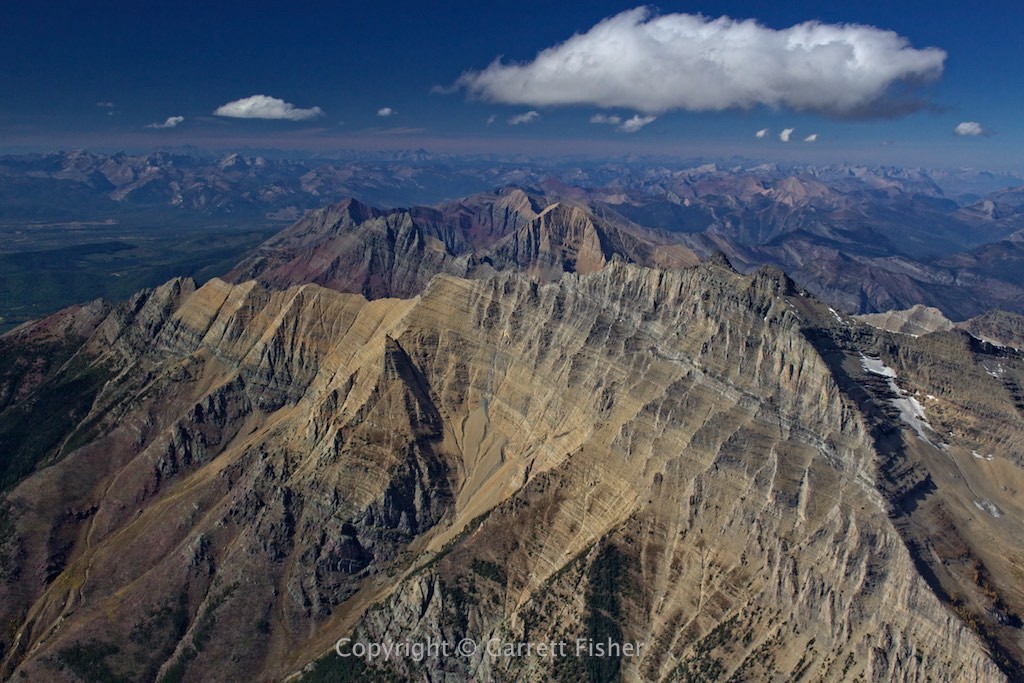 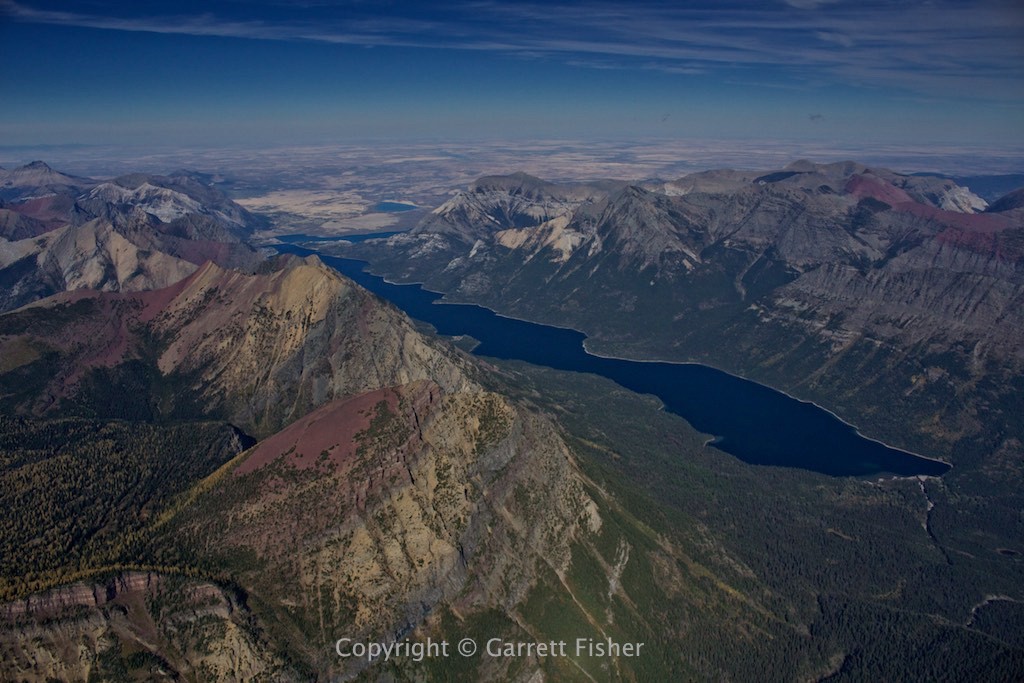 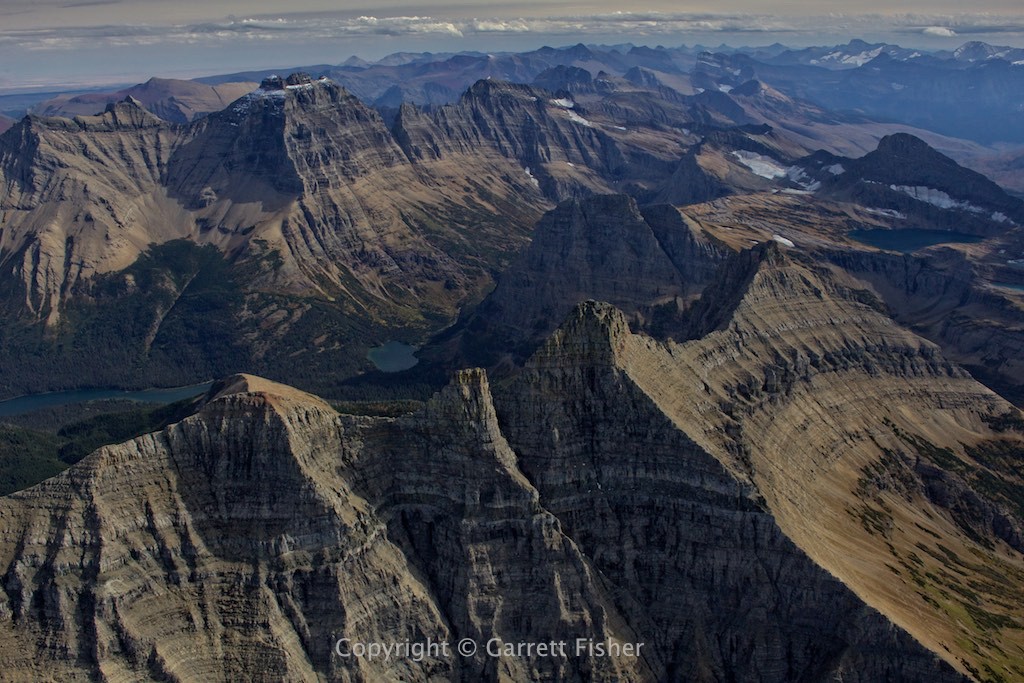 This terrain is unbelievable….. 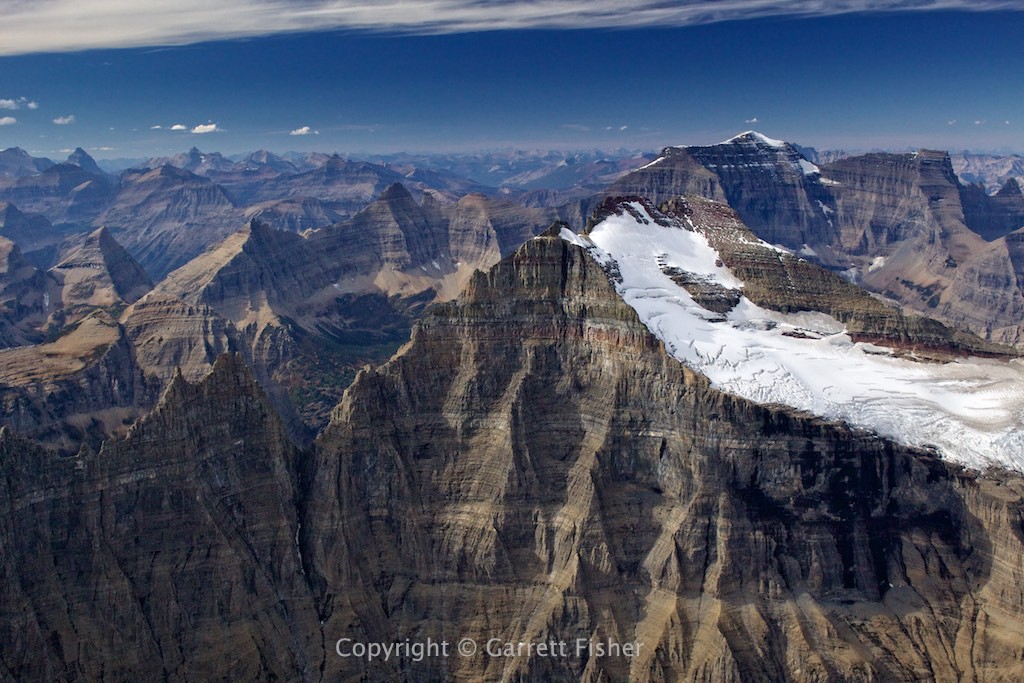 Looking back at Glacier NP (smoke blowing in)…. 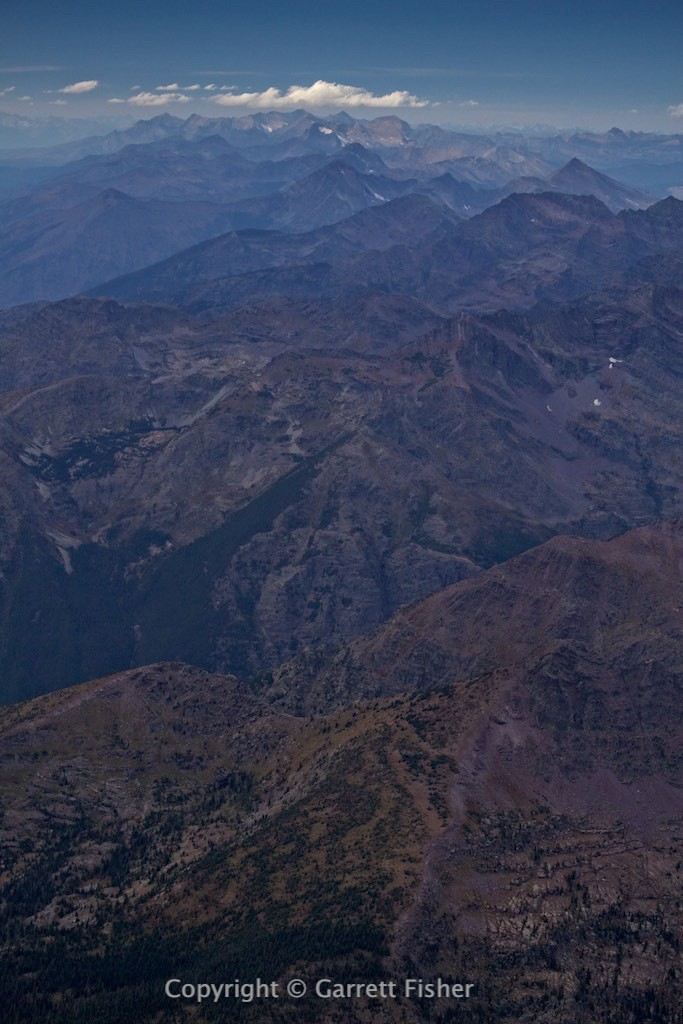 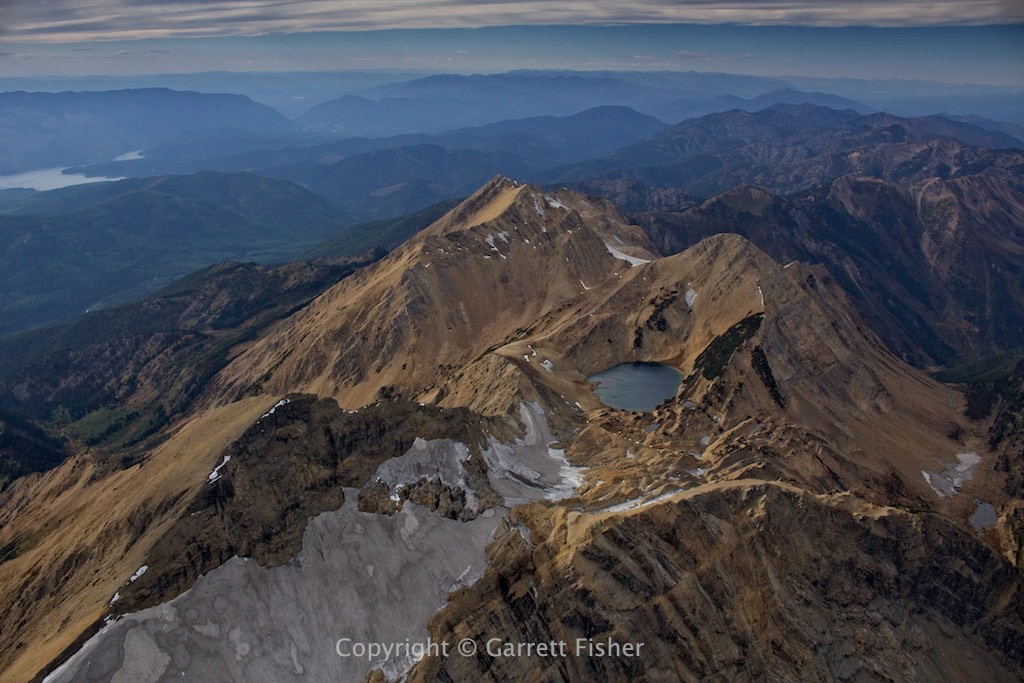 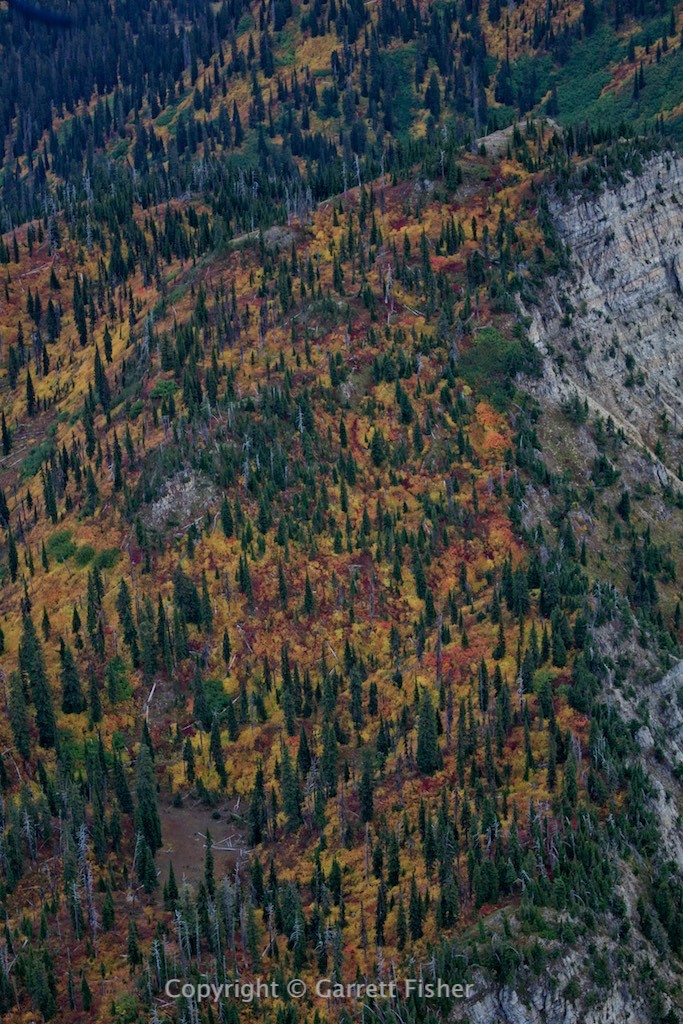 They call Montana “Big Sky Country.” It would help if one could *see* the sky…. 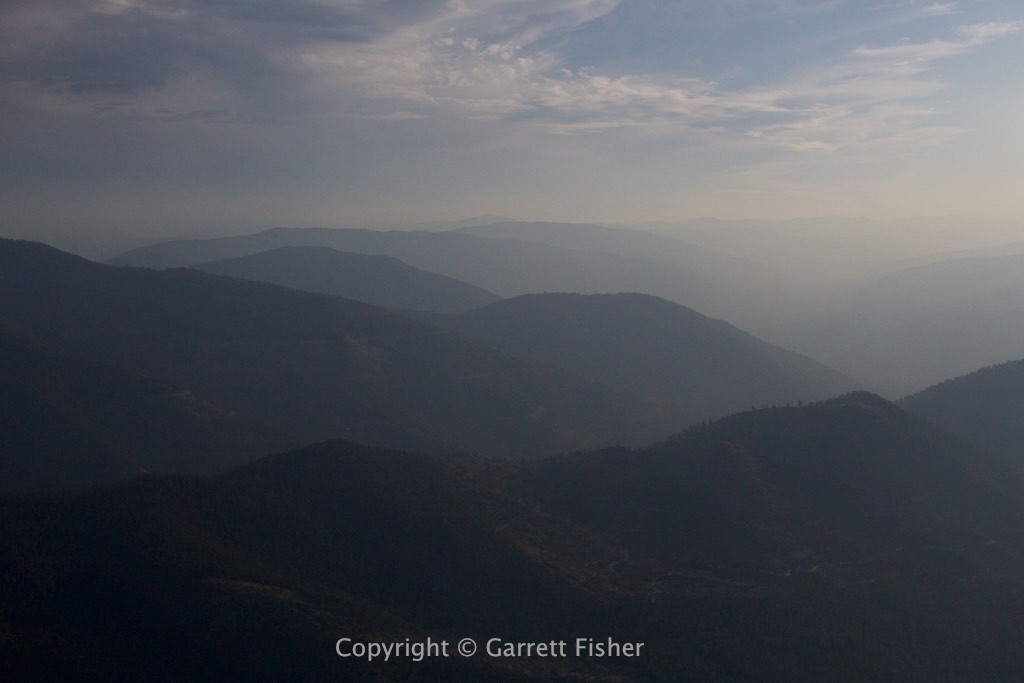 Returning to Kalispell for the night! 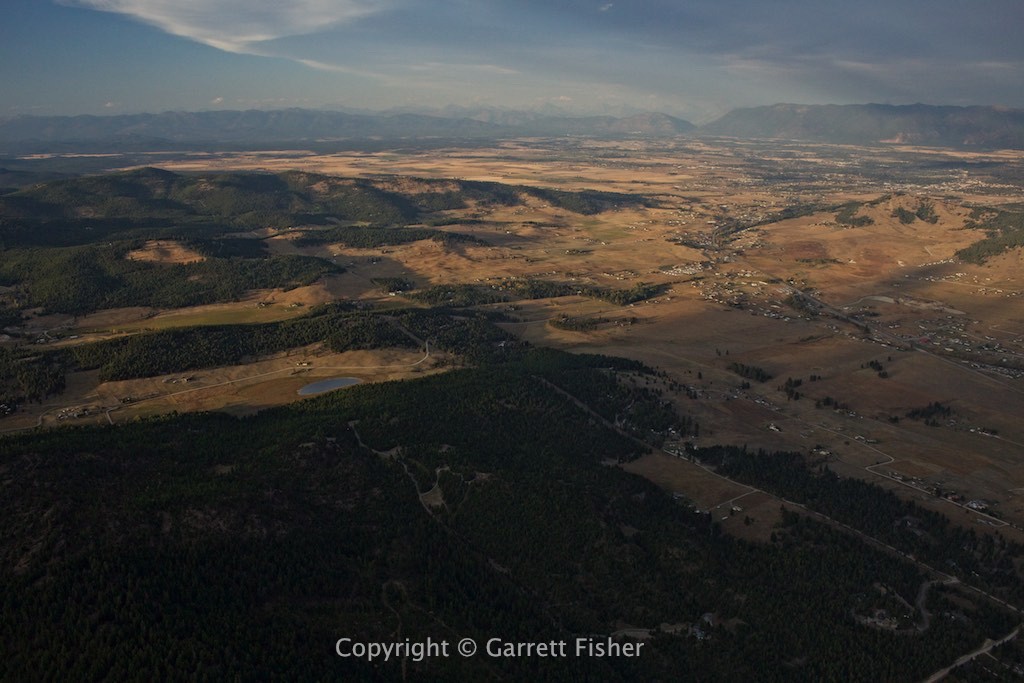