Lake effect snow, for better or worse, was a mainstay of my youth. Growing up just slightly north of the snowiest section of Western New York State, I was treated to a youth of howling winds, raw cold, and 115 inches of snow every year, falling mostly in a 105-day period of the winter.

Most people in the Buffalo, NY region just bitched about it. Few really cared to figure out how it worked other than to predict the next bout of snow shoveling misery and preparatory beer stocking.

The meteorological principle is pretty simple: warm water, cold air, wind, and some lift. The cold wind blows across warm water, picks up moisture, gets lifted on the lee side of the lake, and attempts to asphyxiate everyone that lives there by attacking them with snow.

This works on scales both large and small. In my youth, it was 240 mile long Lake Erie, with Canadian air that blew across it. Lake effect snow can happen in the Finger Lakes of New York, Pyramid Lake Nevada, Lake Tahoe California, and really anywhere with a warm body of water and extremely cold air. Research shows this takes place all over the world, and can occur over bodies of salt water such as the Black Sea and Caspian Sea. The Great Lakes are the most profound and regular sources, and take the fame as being the “only” place it happens, even though that is not true.

On this particular morning, I thought about going up and capturing the “fog” after sunrise, as it was forecast to be below zero. I was too lazy and didn’t get out of bed. Looking westward down the valley well after sunrise, I saw some of the remaining cloud and figured that it would burn off before I could start up, warm the engine, and fly. 90 minutes later, it was still there, and it clicked in my mind that this cloud was the result of warm water on the Palisade Reservoir, and it wasn’t going anywhere quick.

Flying down the lake, it became evident that the cloud was continuously forming, getting blown SE to NW, and then broke up as it drifted away from the lake. It clearly was bigger when it was colder earlier in the morning.

The more I investigated, the more I saw that where the clouds impacted the ridgelines to the east, the trees and surface was covered in thick rime ice. As I skimmed the top of the cloud, I saw snowflakes in the air reflecting off the sun! This wasn’t just morning fog; it was a representation of how lake effect snow works on a very small scale in a highly atypical place.

The beginnings of lake effect snow – it all starts with moisture advecting into the atmosphere. 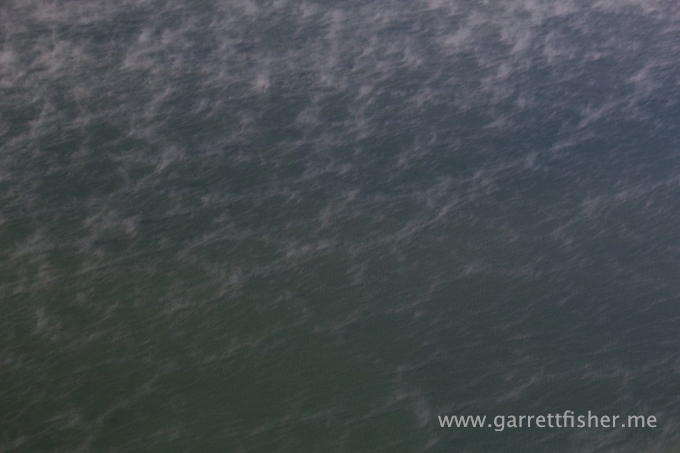 Wisps of vapor coalescing into a cloud. 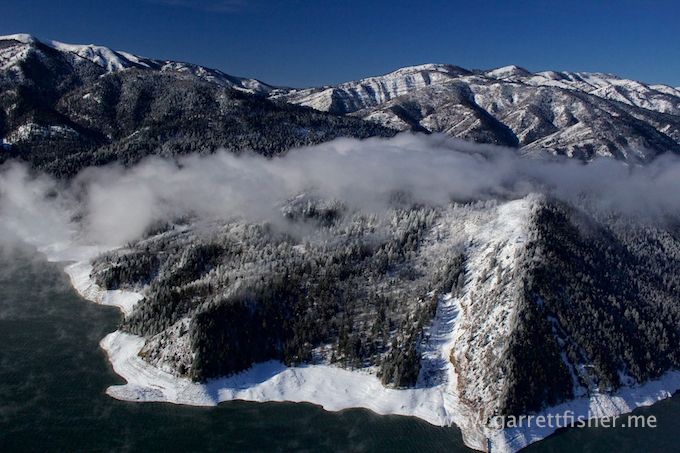 Aspen trees coated in rime ice from the lake effect. While not in the photo, these trees were gleaming white compared to ones not near the lake. 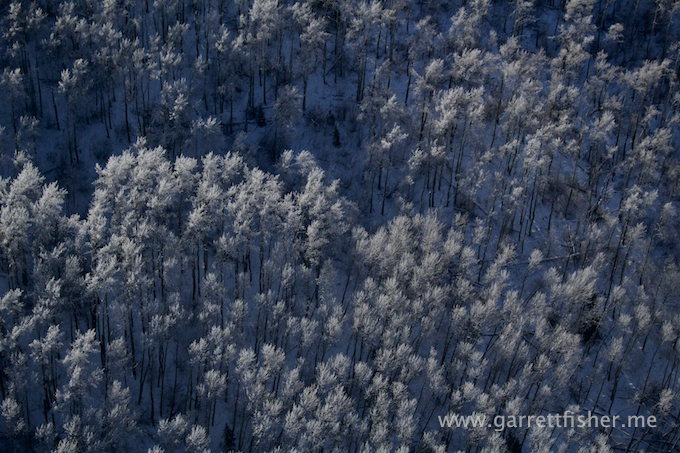 Downwind section – note that the wisps are getting thicker as they have had more time to traverse the water. 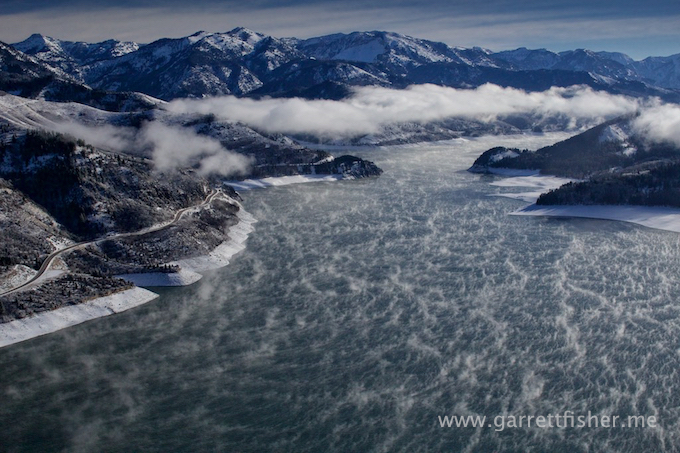 Section where cloud smacks into terrain. 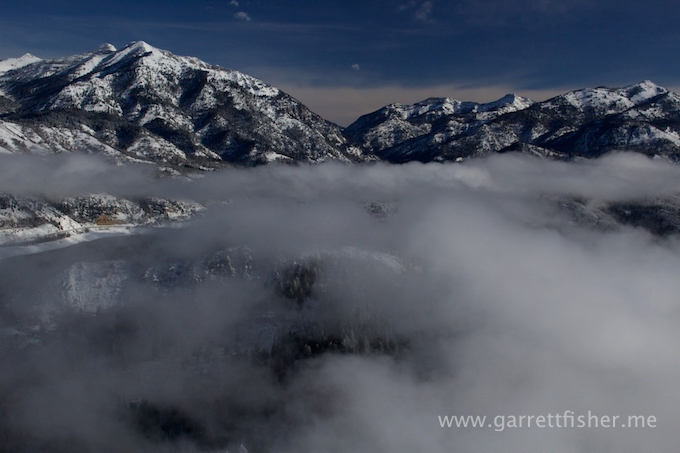 And there is the rime ice/snow. The cloud in the previous image opened for a bit to get a shot of the below. 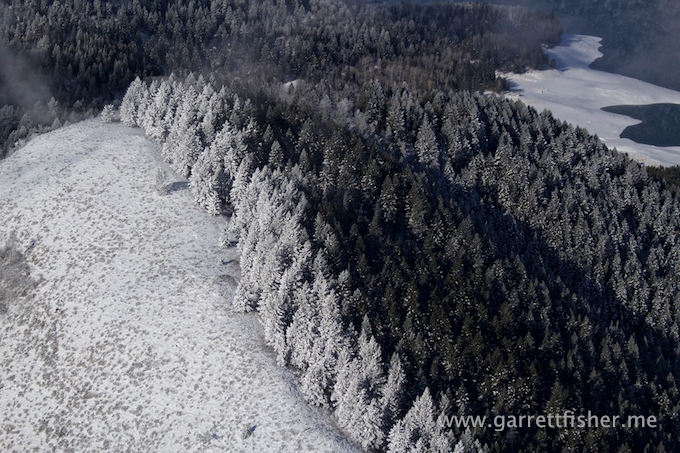 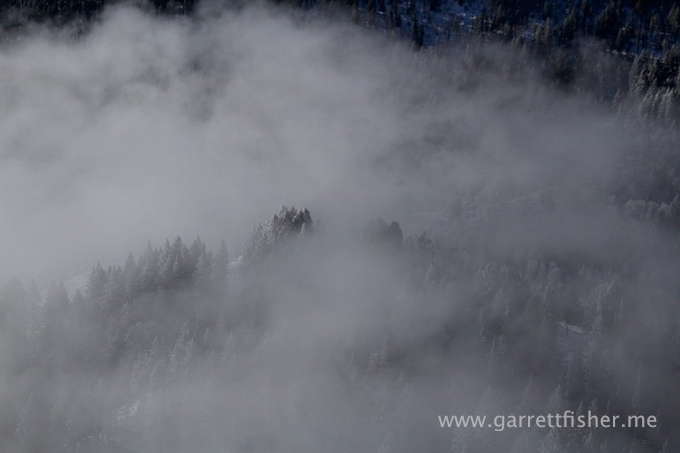 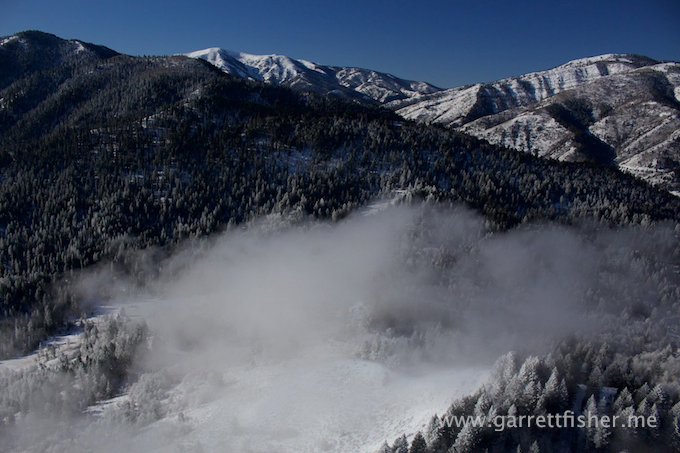 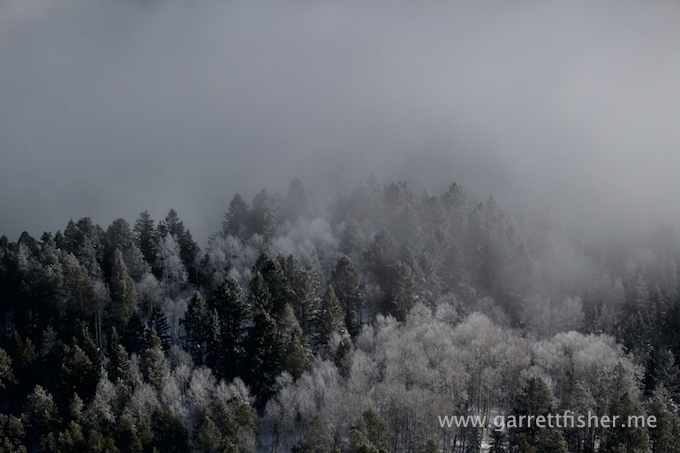 Back toward the airfield, looking downwind. Note how the wisps are forming into clouds. This is what happens with the Great Lakes on a mass scale. 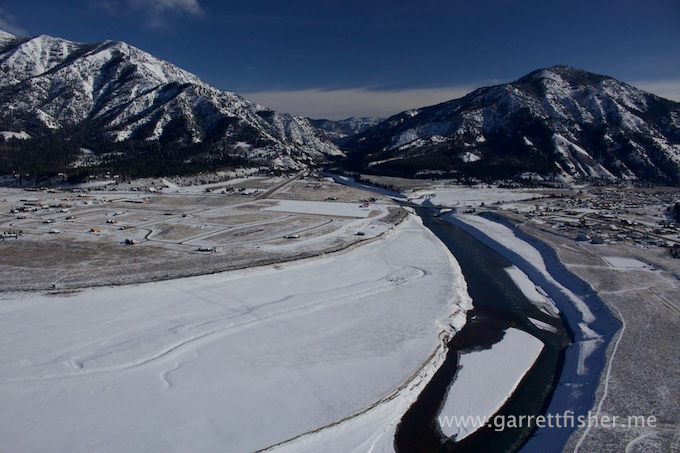 This tracks were created in the mud before the snowfall, and the sleet that fell on top of the snow pressed the snow down into the tracks. 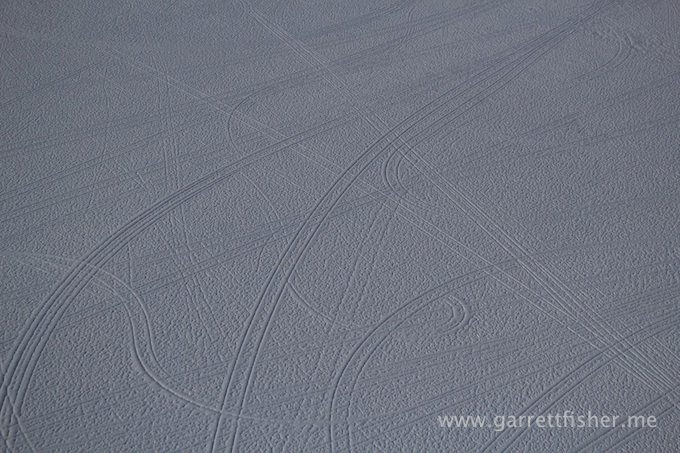 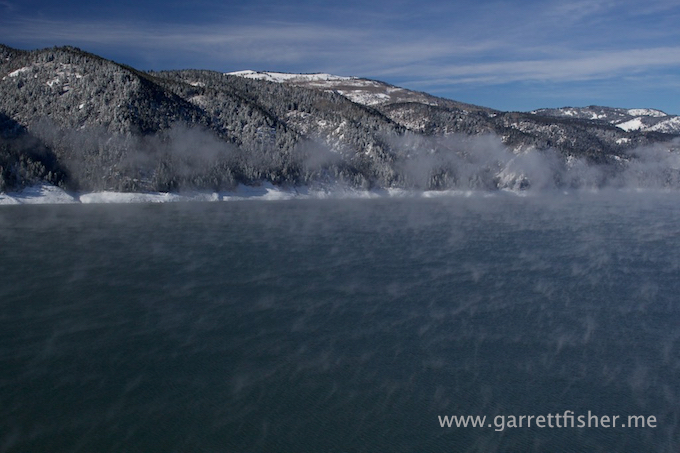