About 30% of the time, I plan for one flight and do another, with the decision being made midflight. The air got quite clear, 100% blue skies, 20% humidity, and temperatures in the 70s with 100-mile views. Basically, it was exactly what I long for on an ongoing basis. The plan was to go up the east side of the Gros Ventre Range and the Absarokas, and come down the west side of both after reaching the Montana border. That’s a pretty long flight, and instead I found that the Gros Ventre Range was just too pretty. That, and I got distracted and wandered over to the Wind River Mountains, the site of Gannett Peak, the highest peak in Wyoming at 13,804. Home to the largest glaciers in the West outside of the Pacific Northwest, I will be spending some time here in the summer working on a book on Wyoming’s glaciers from the air. A little trial run is not a bad idea, especially after I saw the range while climbing to 35,000 feet on a commercial flight. What I saw scared the crap out of me, and it was time to research emergency landing options on satellite maps and validate them before heading up into some crazy terrain.

The flight itself was remarkable. I discovered a waterfall that we went to the next day, and also found a ton of other ones, some of which are accessible and some are not. I have a little hiking list to undertake after seeing all of this stunning terrain. I came across two rivers that burst forth out of the mountainside; they basically are high volume springs that come out on picturesque places. Another river descended the Wind River Range, went into a cave, and came out from beneath the earth, resuming its path toward the Pacific Ocean. For some reason, I think the fact that I could wander around a good portion of the crazy terrain in Wyoming for hours in the air, not needing to look at the map once, makes the whole thing that much more transcendent, when it is really more a function of the relationship between my fetish looking at maps and my ability to recollect what I read.

As I cruised around at 12,500’ to 13,500’ snapping pictures of terrain, savoring the clean mountain air, and enjoying 100 mile views, I remembered why I endured all of the hypoxic, hypothermic, and mind-bending miseries of photographing all of the peaks over 14,000’ in Colorado: there are few places on earth like this with air, water, soil, and rock so clean, so pure, and so free as being this high up, though instead of being alone tens of thousands of feet from the nearest anything, I am staring the masters of this rocky domain eye to eye, in a place where no man can live. 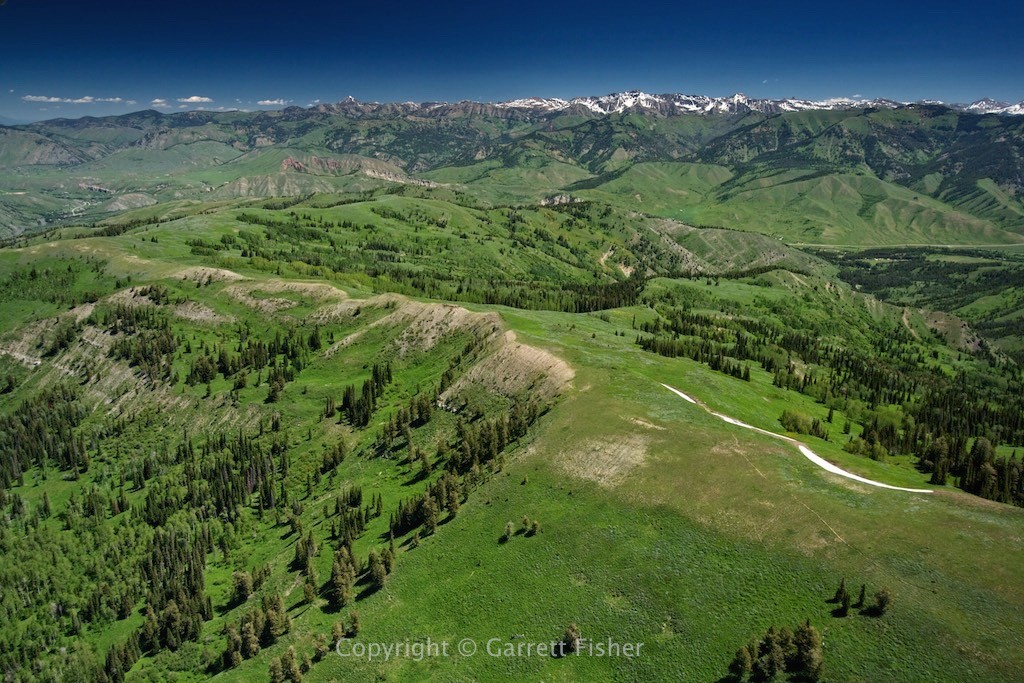 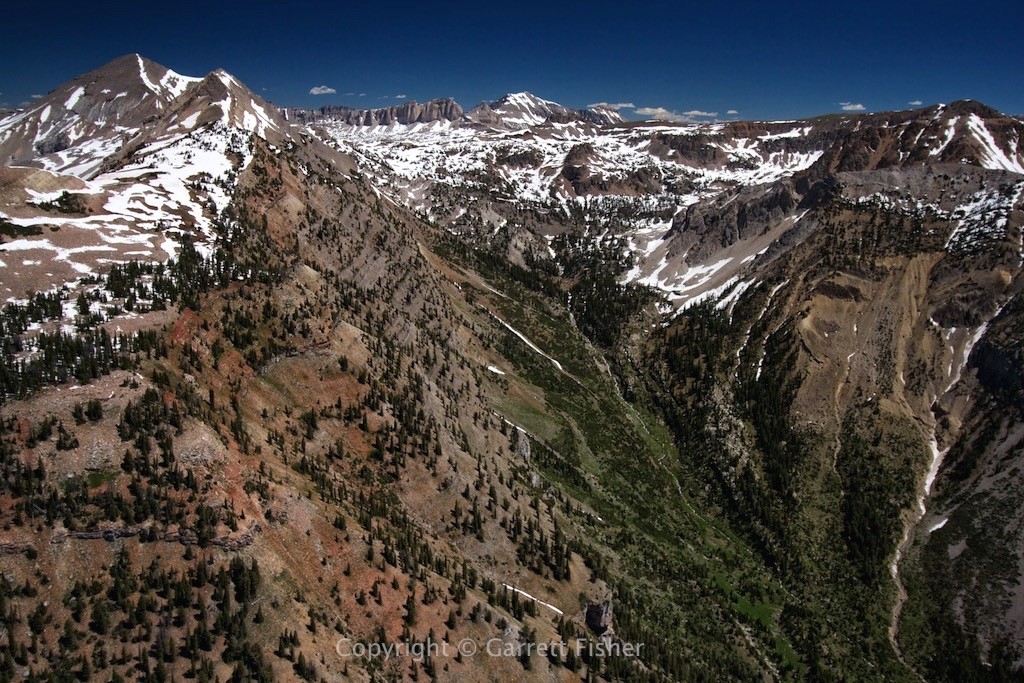 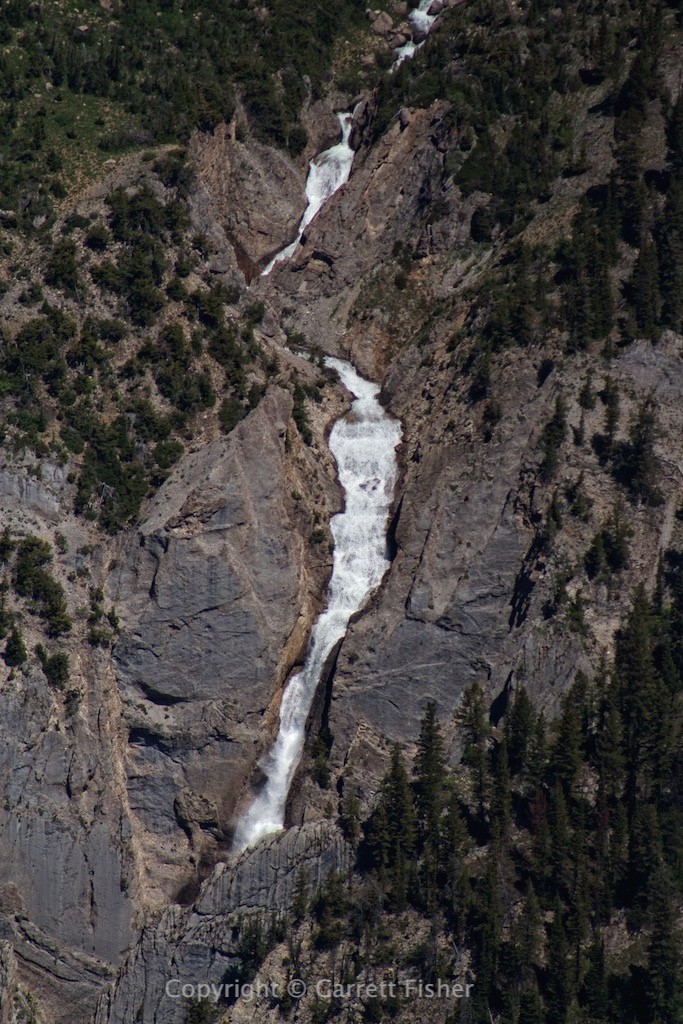 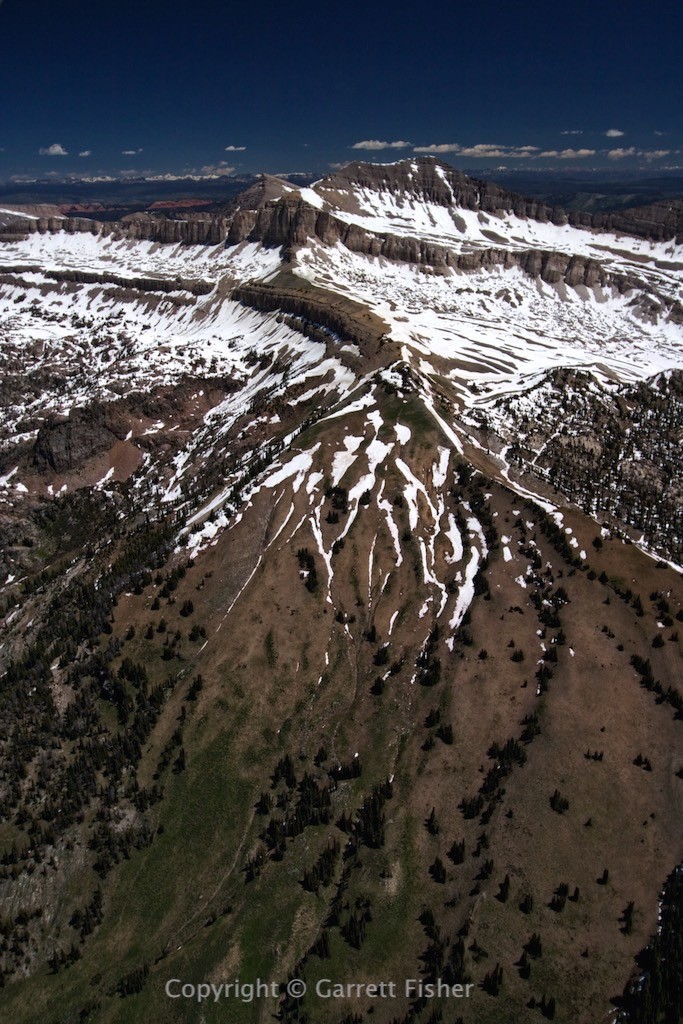 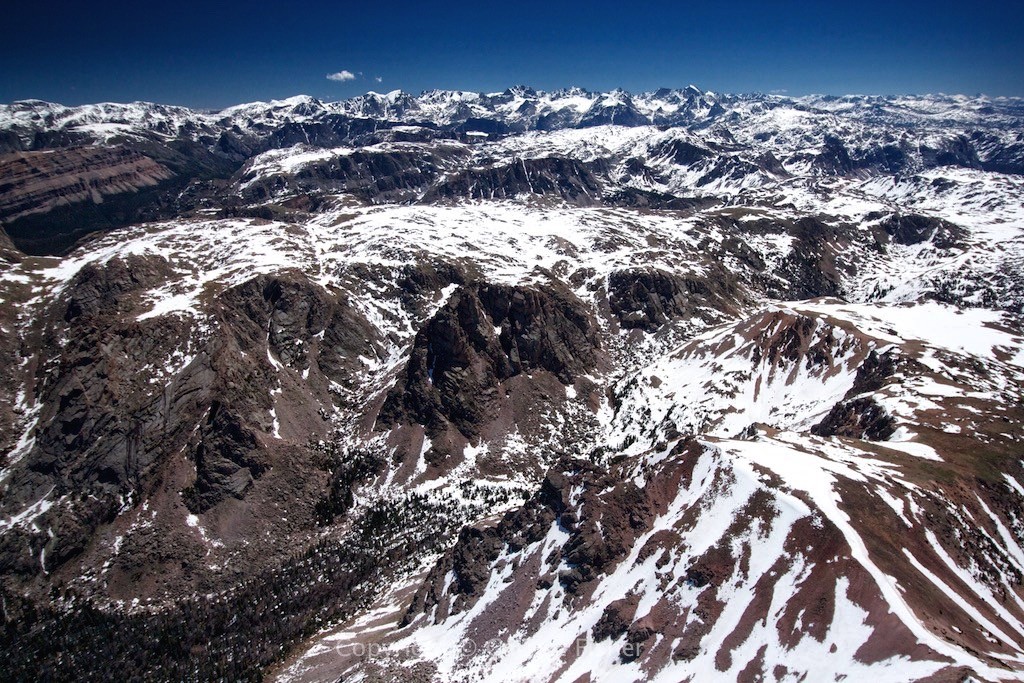 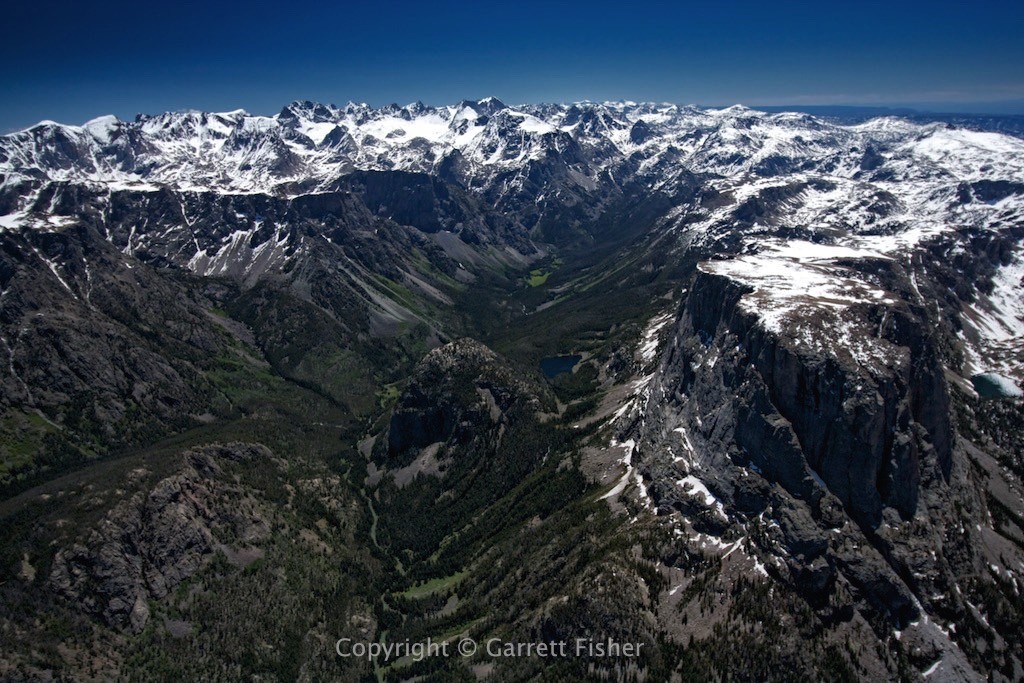 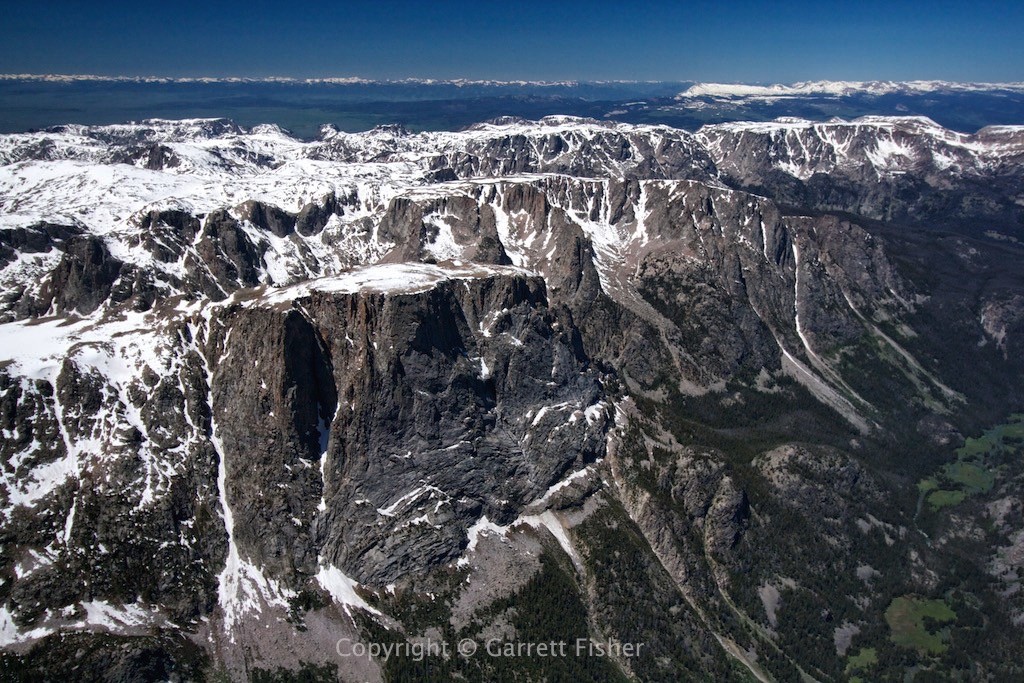 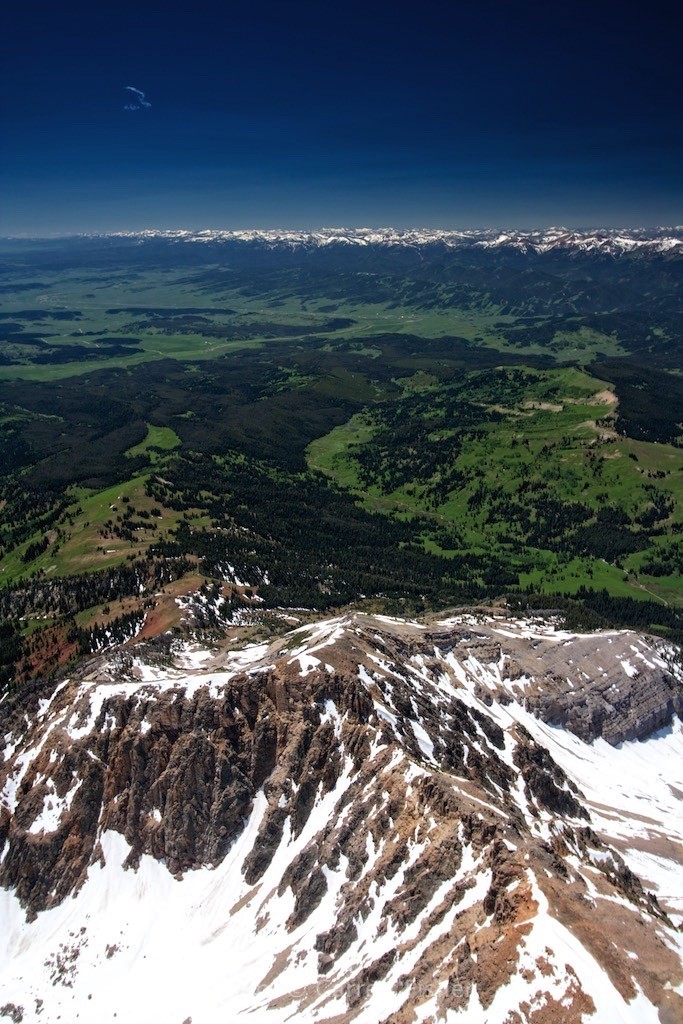 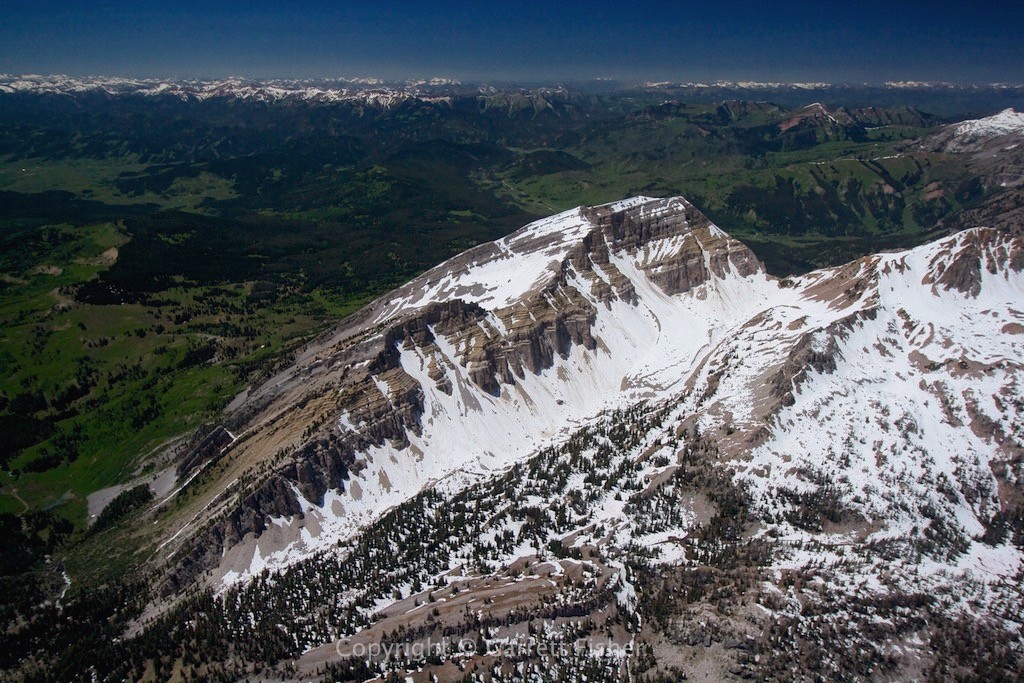 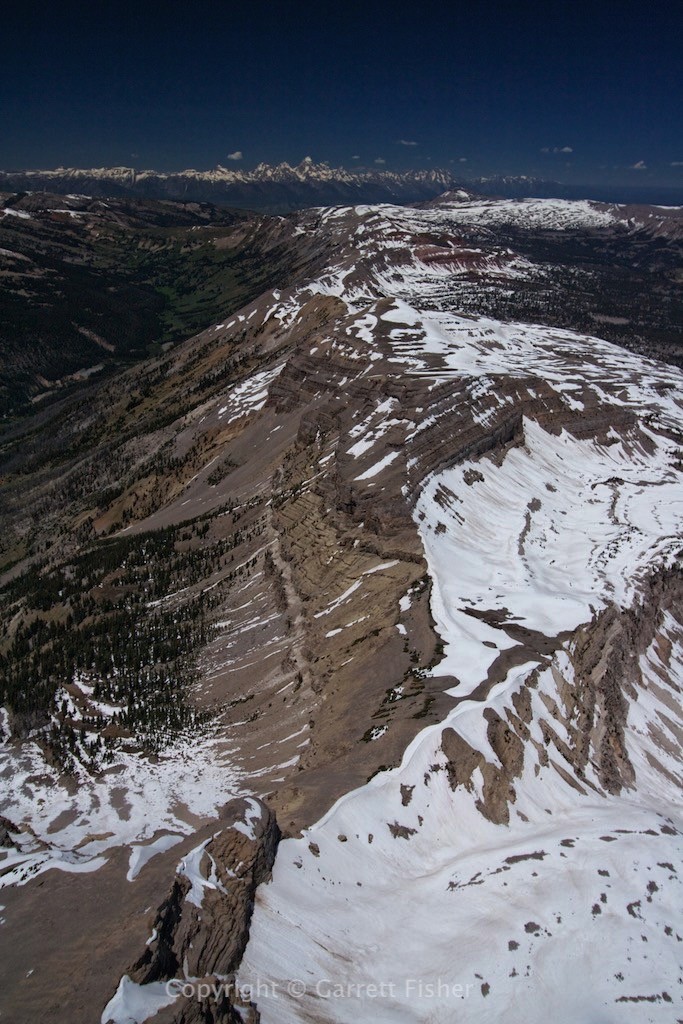 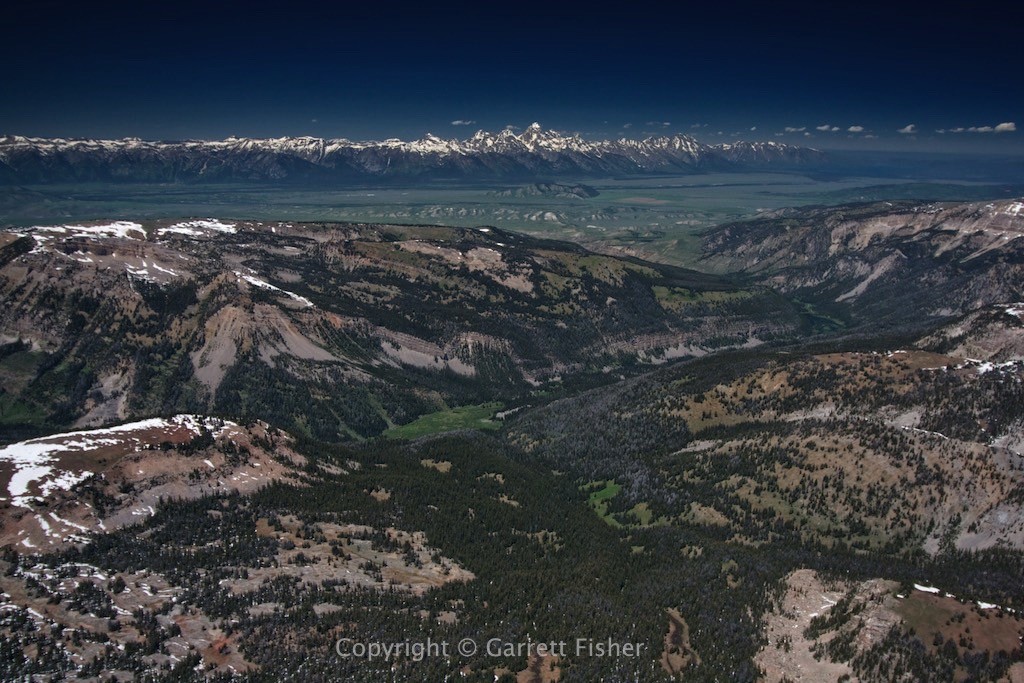 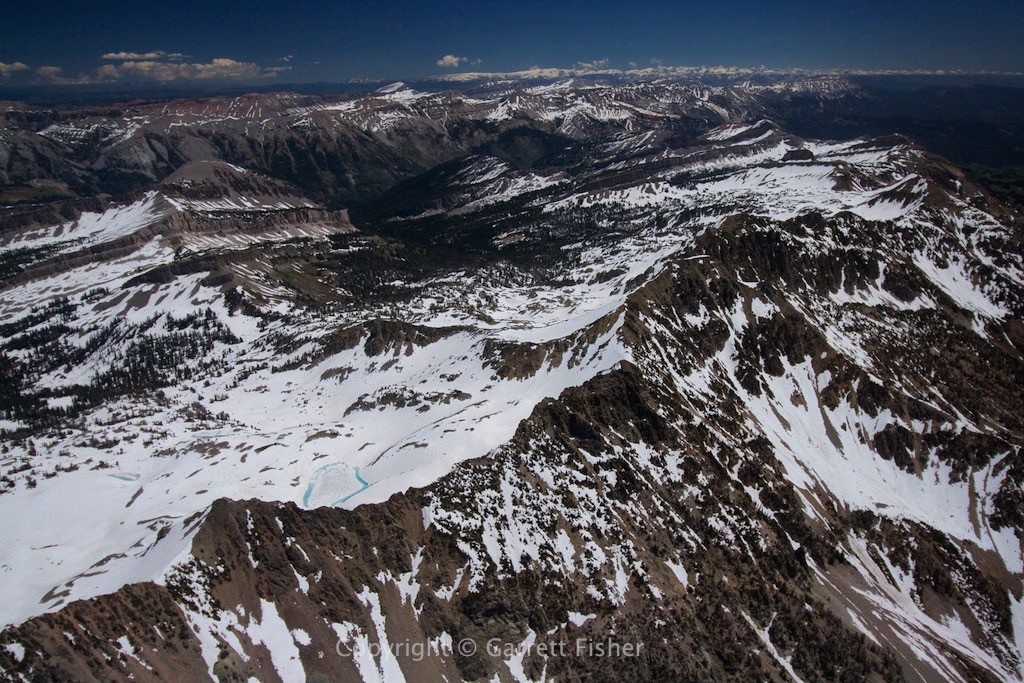 Looking down the Wyoming Range from the GVR, Salt River Range on horizon right 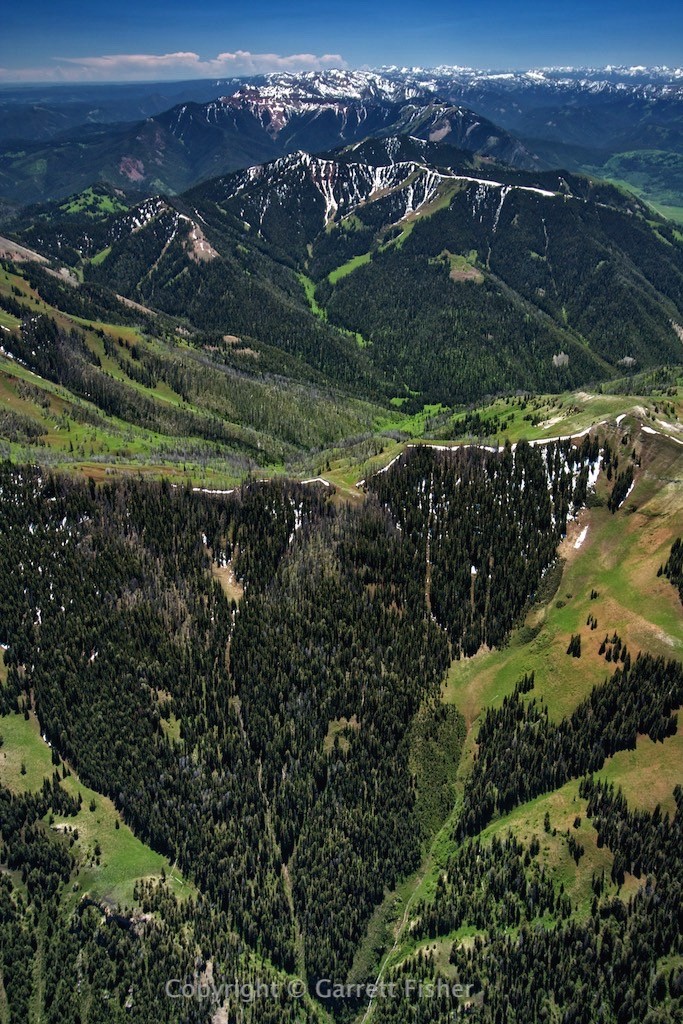 Looking south between two flanks of the northern Wyoming Range 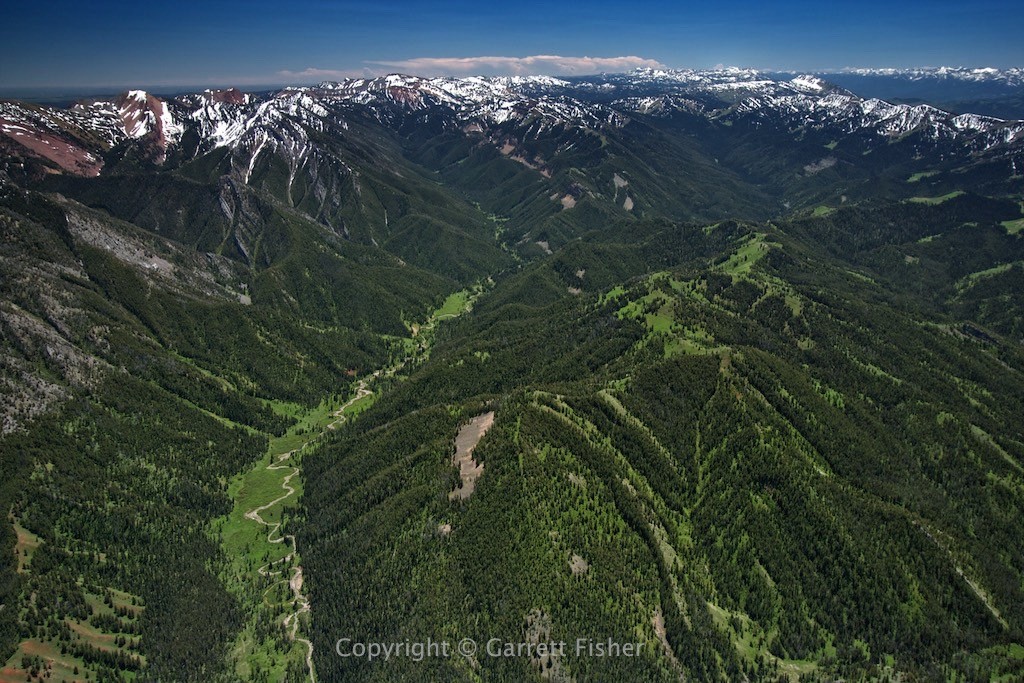