Europeans have a particular fetish with naming small regions. When I say small, I am talking the size of the average East Coast American county (Western and Midwestern US counties can be the size of half of Germany due to low population). For my European readers, an East Coast county is the size of a Landkreis, a conglomeration of maybe 10 or 20 towns into one political district.

Counties don’t mean much; they are where you go to get sentenced to jail, where you serve jail time, who to pay exorbitant property tax to, where to take your garbage, or who to pick up adopted children from when crackheads can’t take care of them. In the US, we name states, cities, mountain ranges, and general regions, like “the coast” or “the mountains.” We subdivide continental mountain ranges into smaller ones, like the “Great Smokies” or “Blue Ridge” of Appalachia, which can each cover hundreds of miles, which is a much more identifiable region than a 1,500 mile long range. Otherwise, it’s just the “Midwest” (which is the size of most of Europe), or “Texas.”

Every flight I take in Germany, even if just an hour long, is a designated region. I am not just talking political boundaries; I am talking a familiar name by which something is referred to. Germans name hilly areas, forests, valleys, river plains, mountains, everything. Look in a general direction, and the place has a name. That clump of trees, that is the SexyNameWald. In the US, it’s “that clump of trees that Billy Joe Bob owns.”

I took a flight up to “somewhere west of Fulda.” That is, at least, what my feeble American brain would call it. It’s a section of relative nothingness with some farm fields. According to my Google search, technically I flew through “the Wetterau” up to “Landruecken” then over to “Vogelsberg” (Bird Mountain – that loses all sex appeal when translated into English) and then down through the “Wetterau” and back to the Darmstadt-Dieburg Landkreis. Another way of wording things is that I flew through the State of Hesse administrative districts 2, 8, 5, 15, 8, then back to 2.

I whipped out the 75-300m zoom lens to play around with it for the first few images. This is a tree in a field. 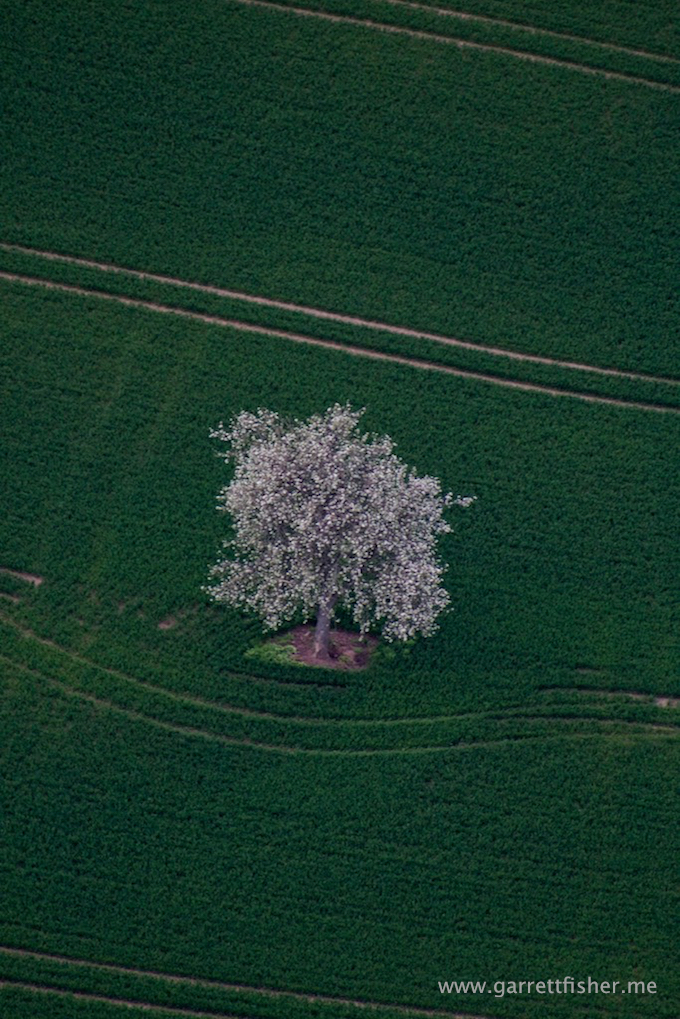 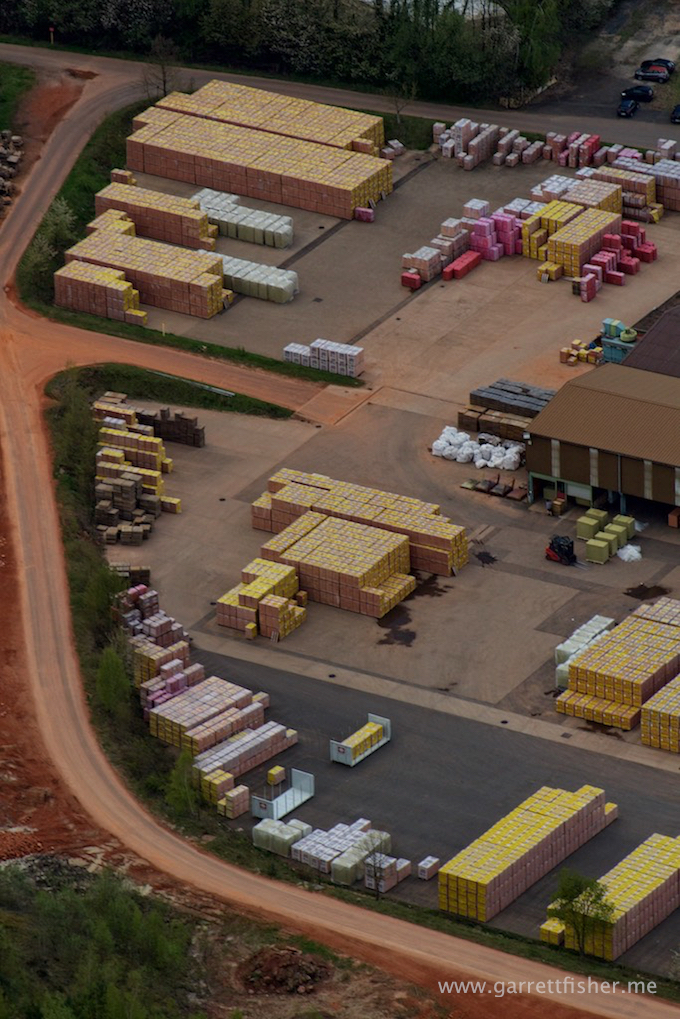 Yellow fields in this post are canola plant flowers. 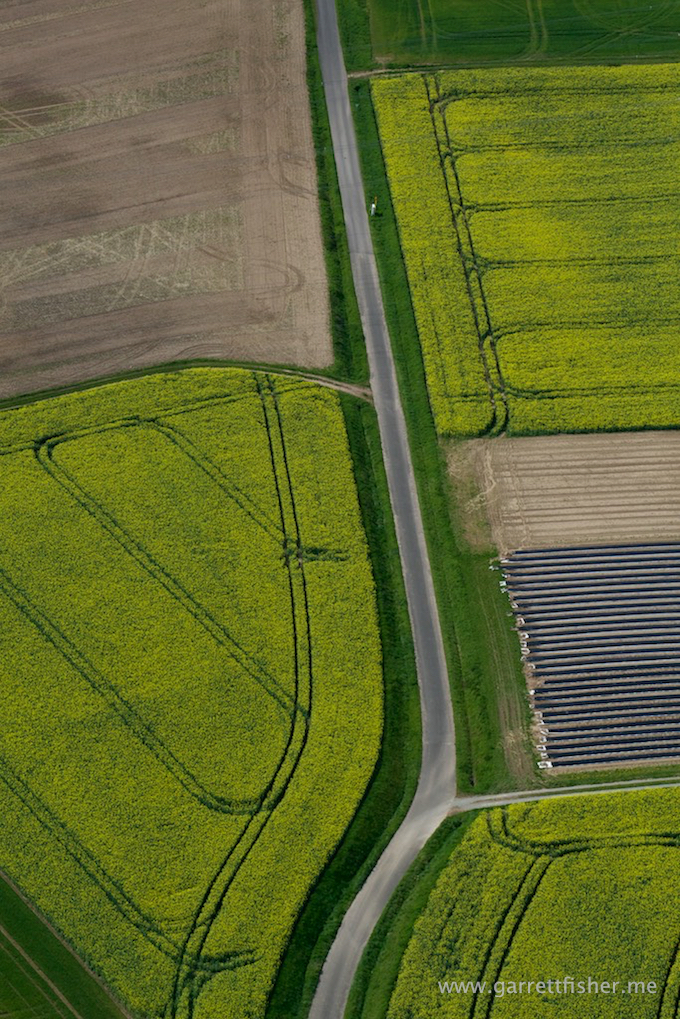 Someone walking the dog.

I cannot understand the financial incentive to perform agriculture in such a fashion. 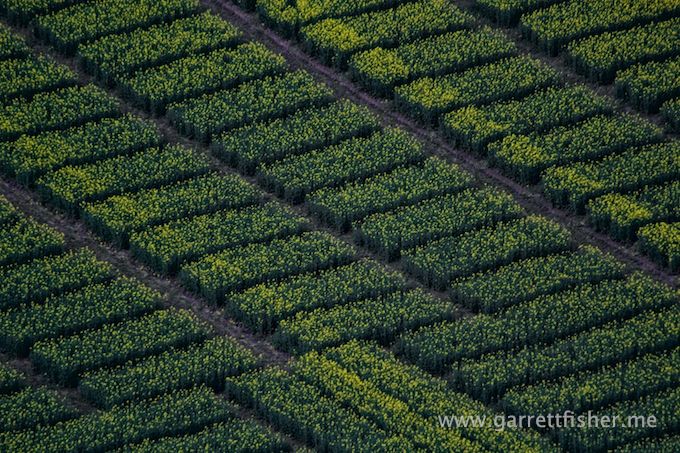 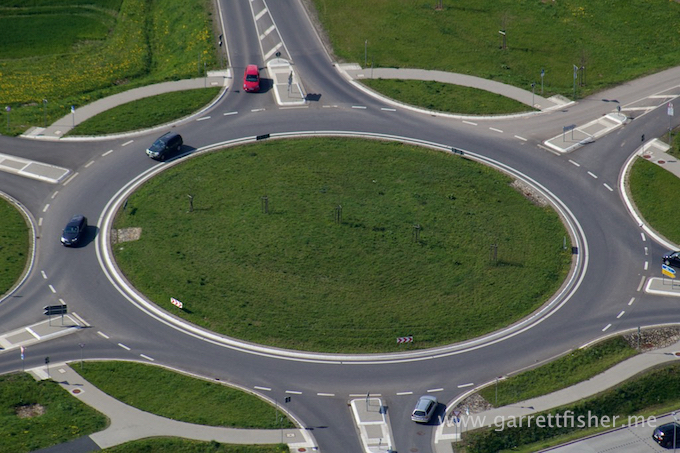 Transitioning to regular lens. This is the nothingness west of Fulda….I mean… This is the Vogelsberg. 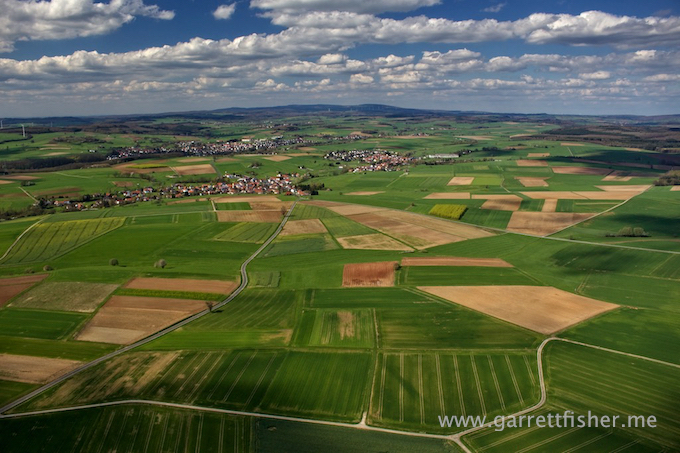 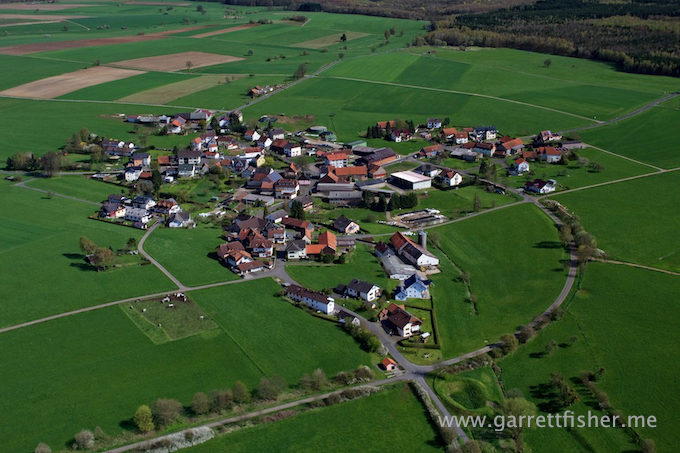 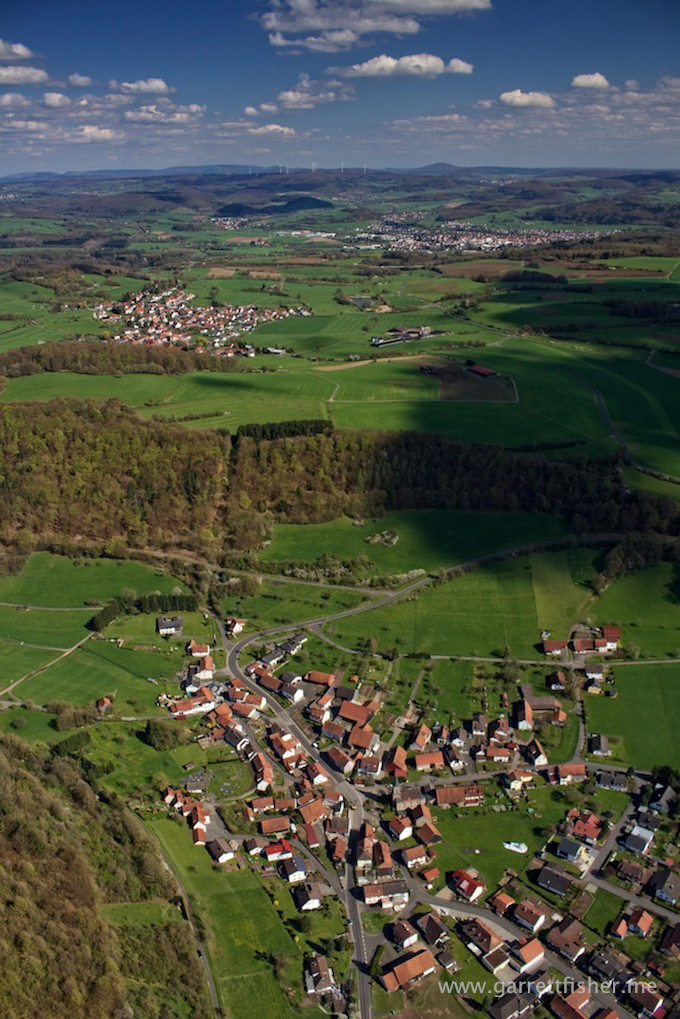 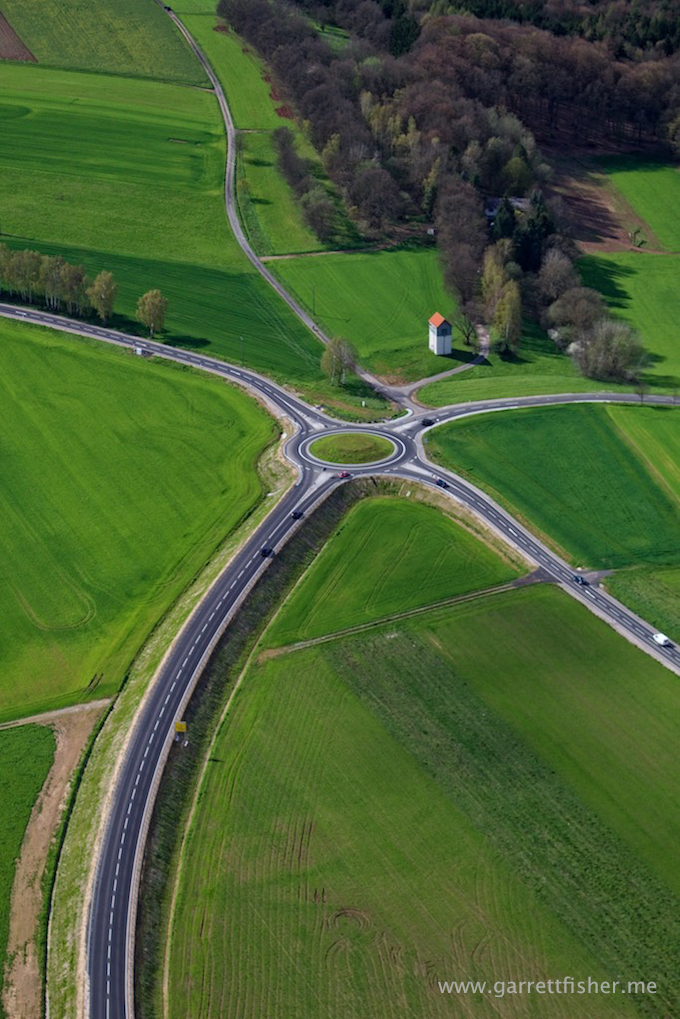 Massive pile of mine tailings. This thing is hundreds of feet tall and they had to build a road on it. 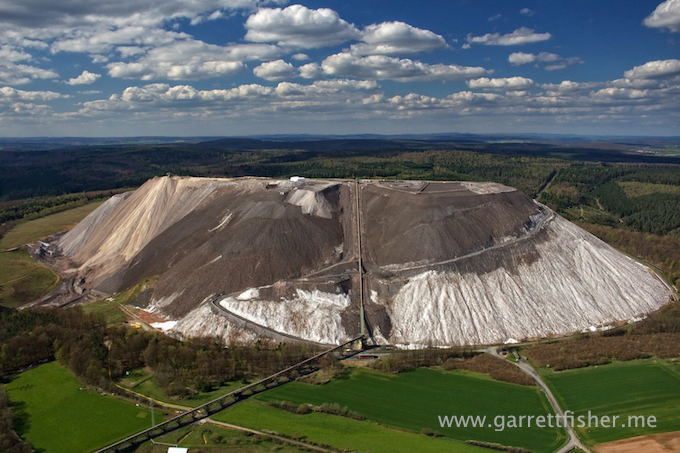 To atone for either environmental destruction or the souls of dead miners, they built a cross on it. Unlike Southern US cross architecture, it is small. If this was North Carolina, that cross would be 300 feet tall. 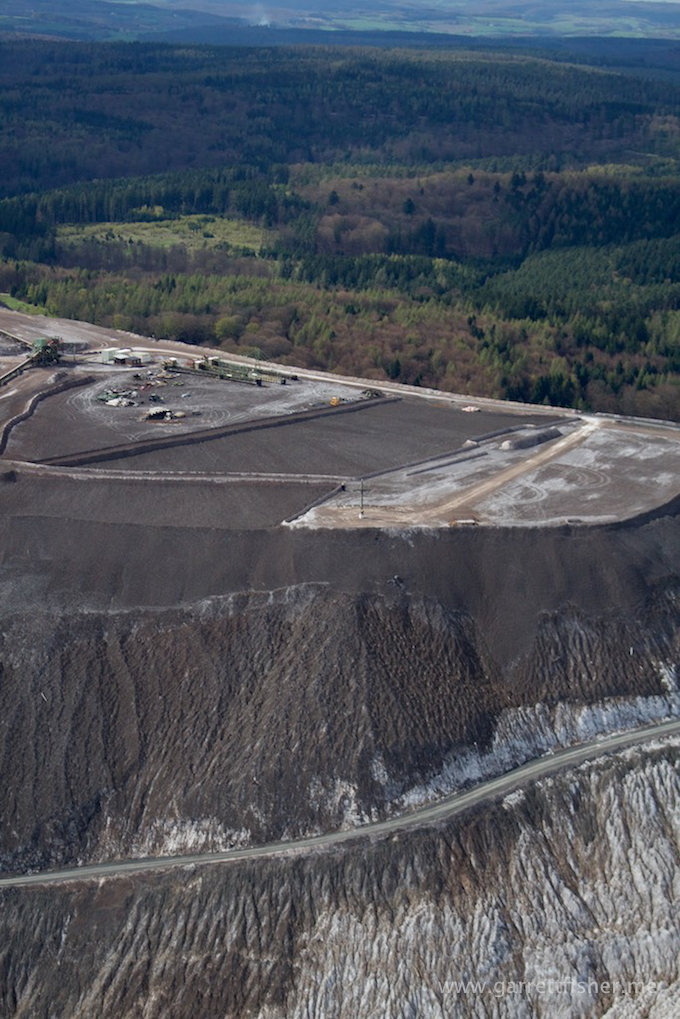 This scenery is sort of self-evident. 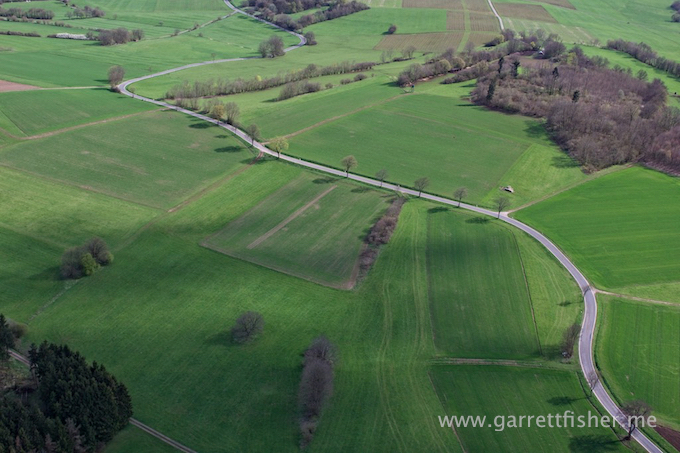 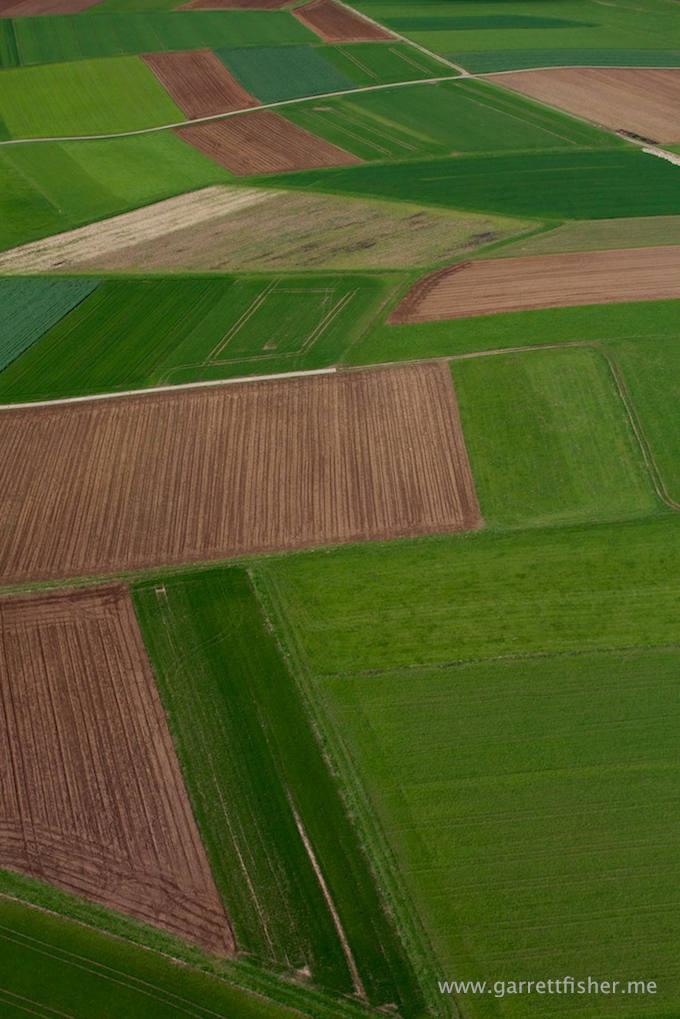 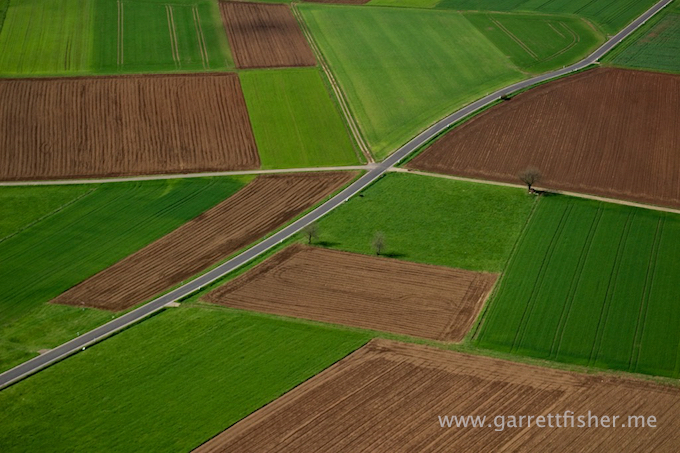 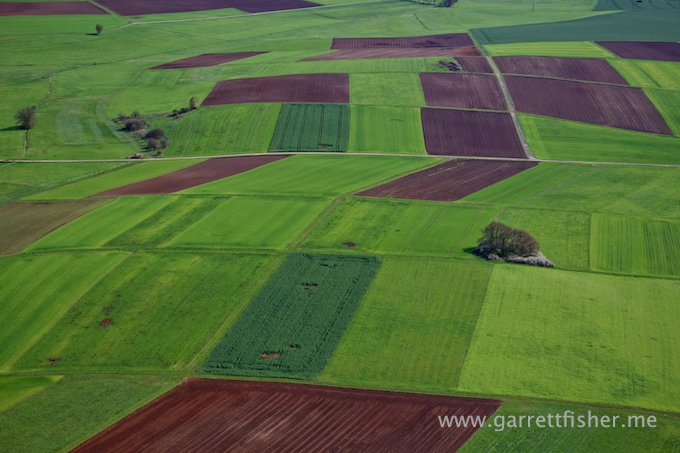 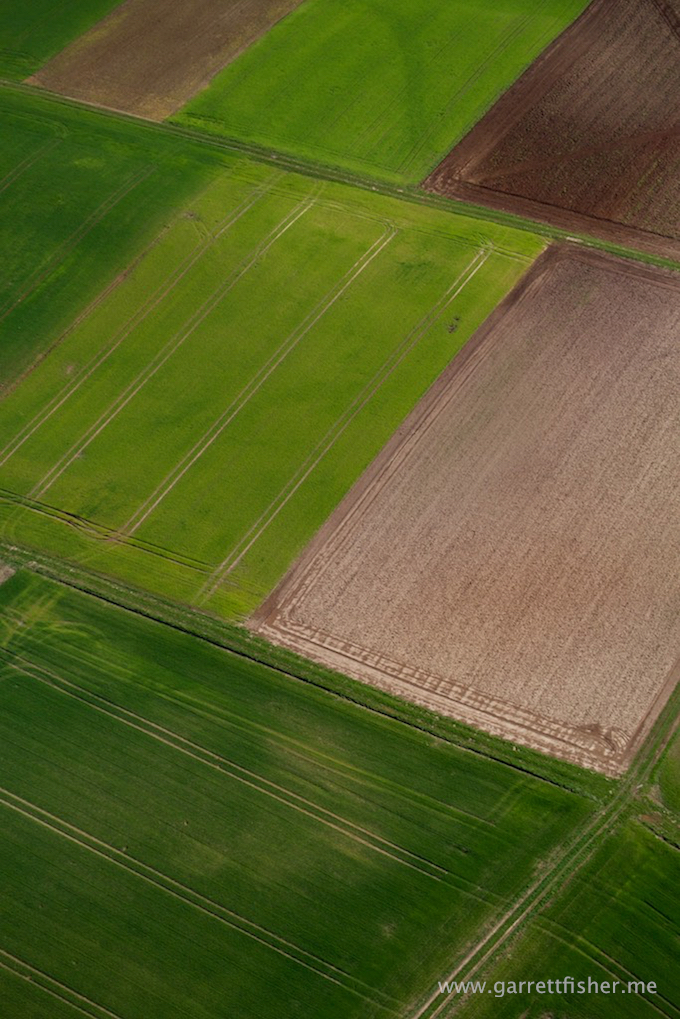 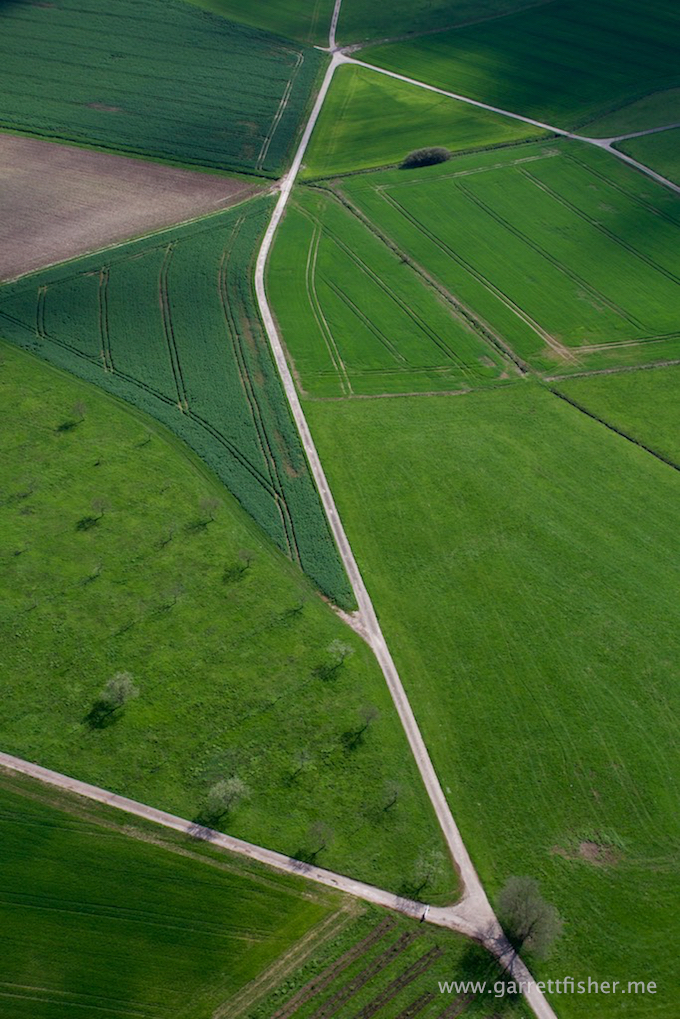 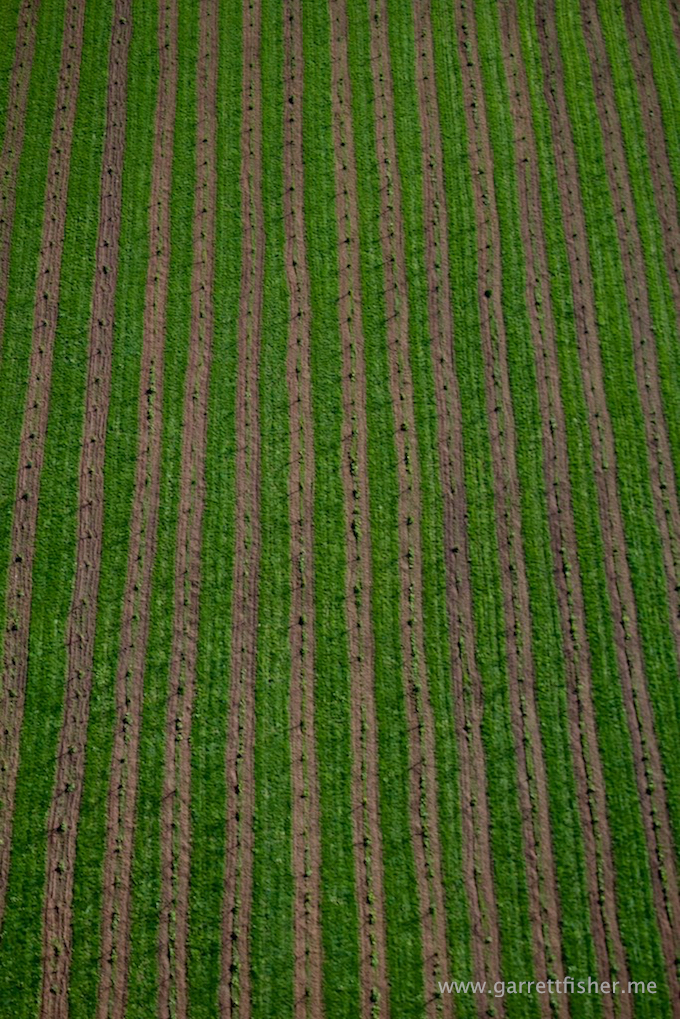 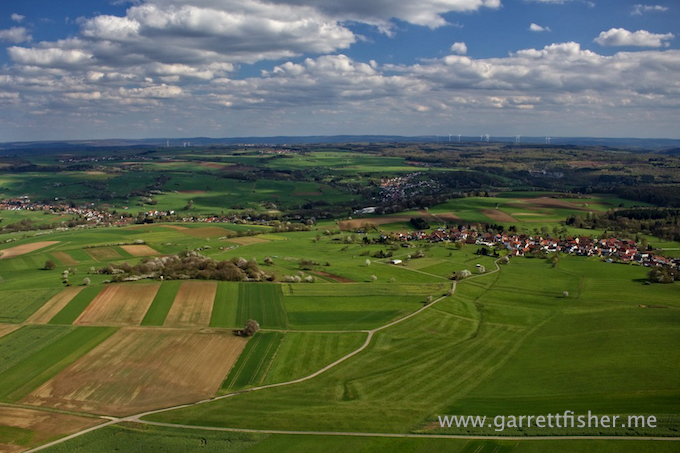 Notice that the leaves in prior images were not really growing on the trees. Well, back down here in the Wetterau, Spring has begun. 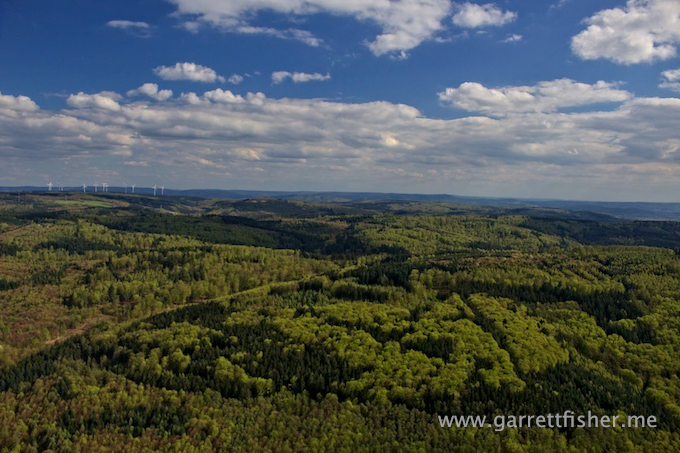 I bet your town doesn’t have one of these. 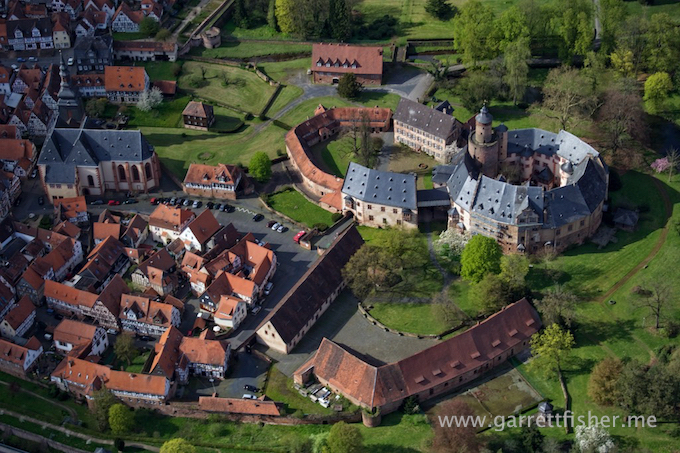 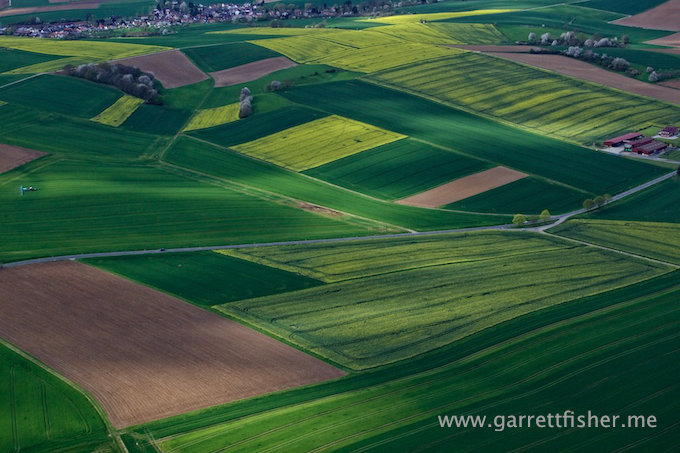 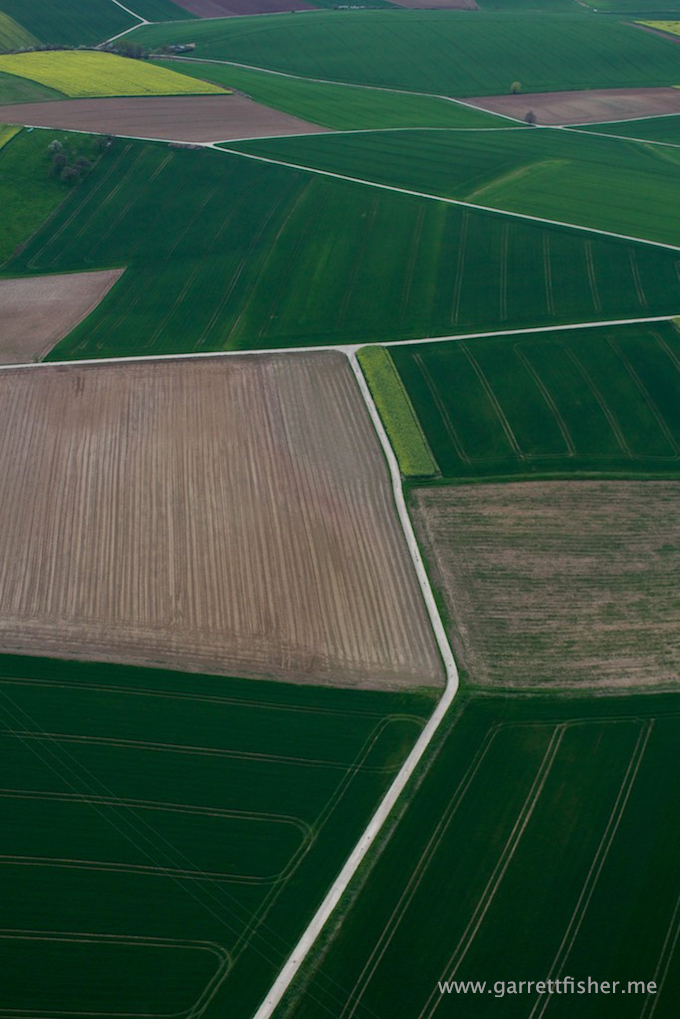 I thought Germans built efficient roads. This is road engineering from the College of Drunken Sailors. 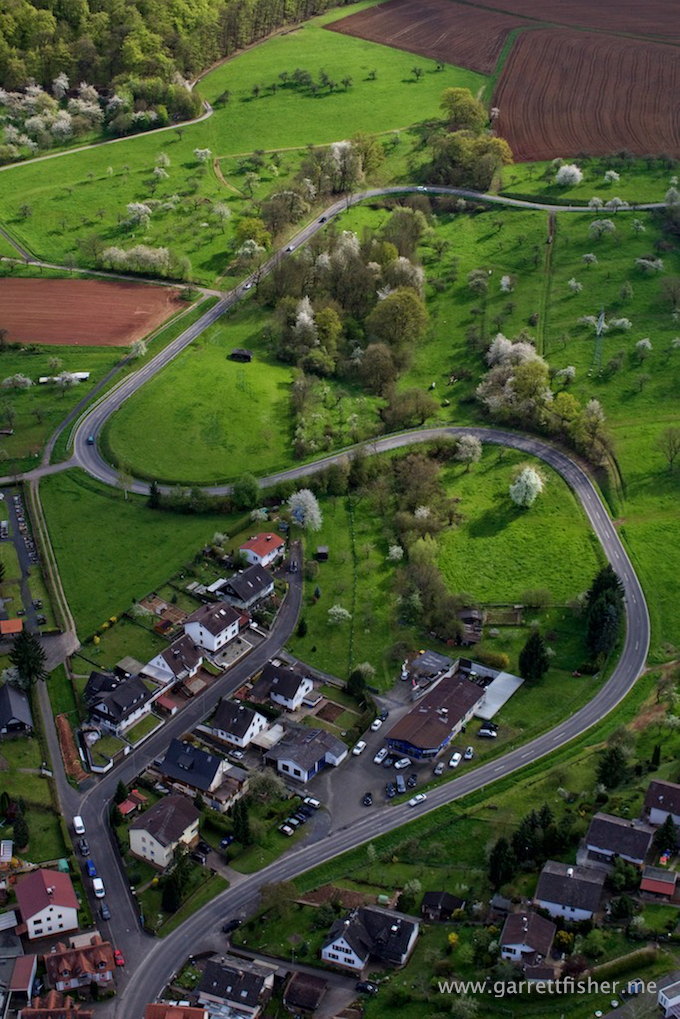 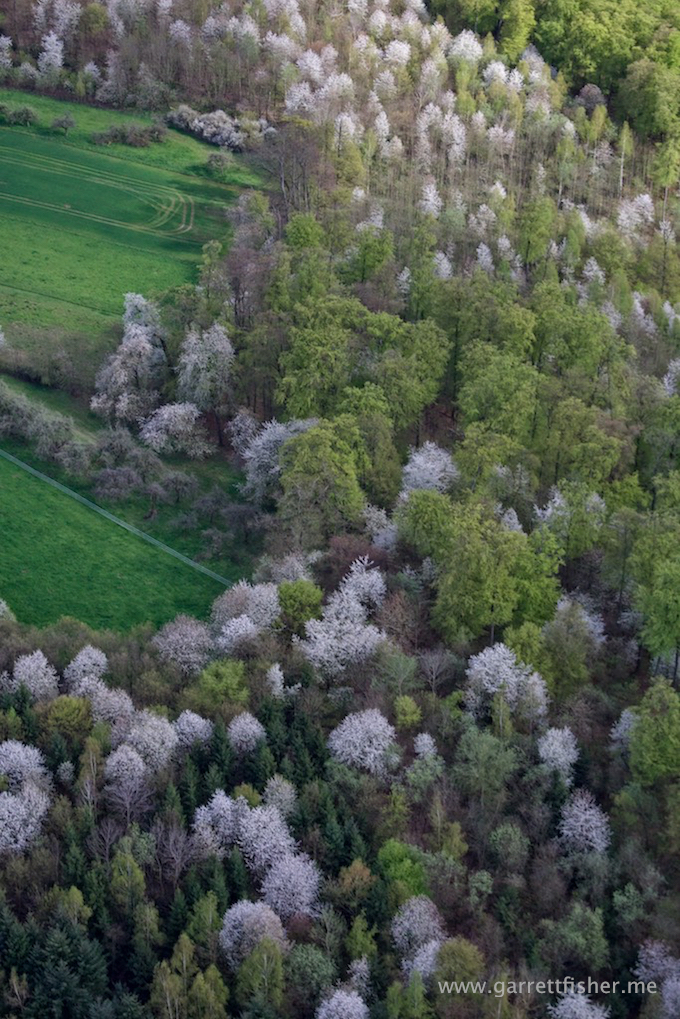 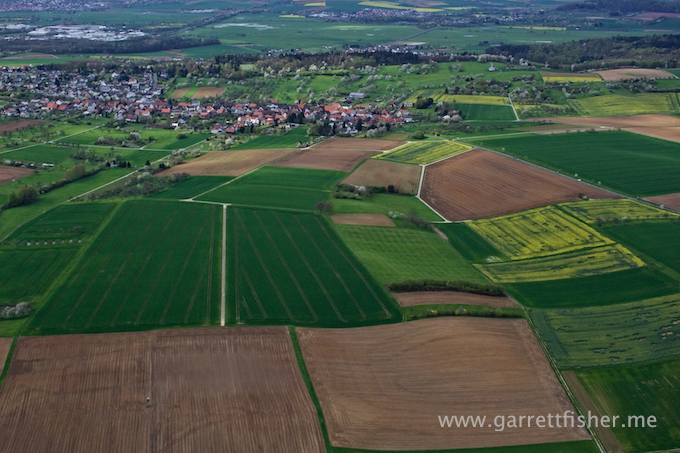 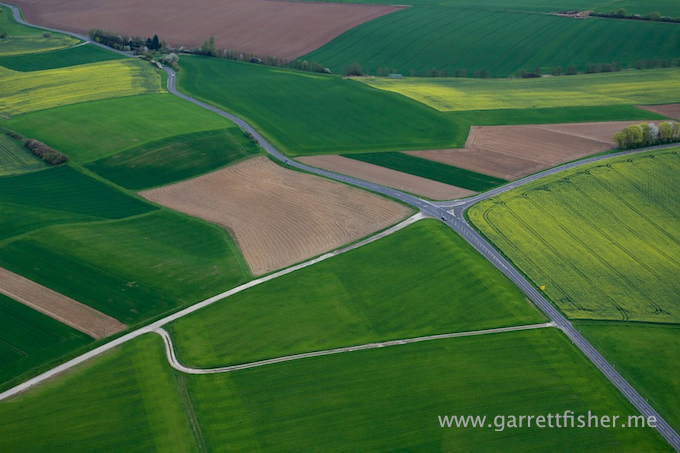 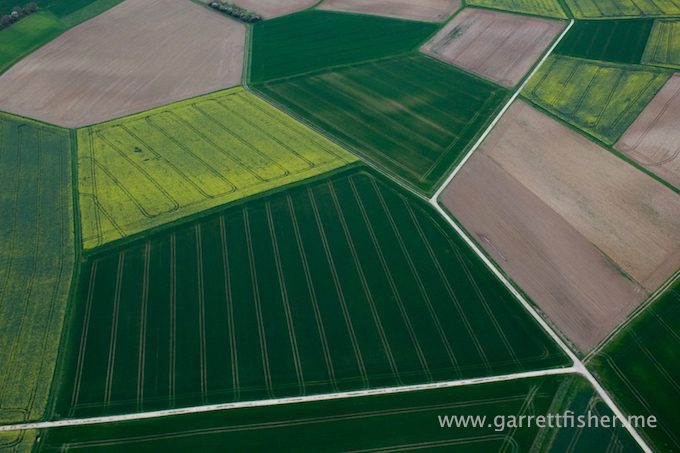 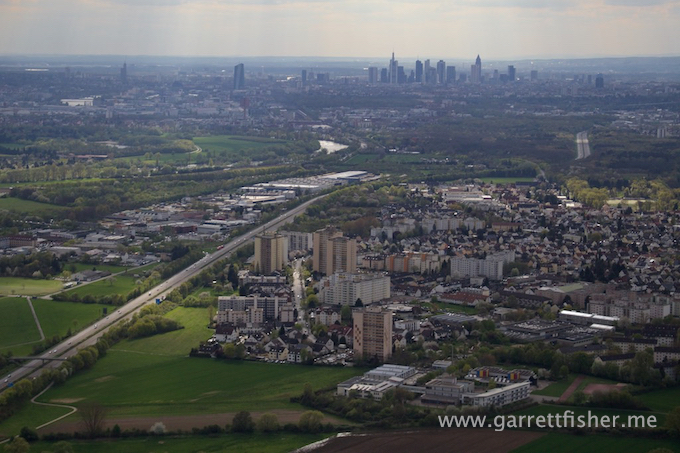 Main River. At the bottom is a little car ferry. They have itty bitty signs where you can’t see them off to the side, and once you board, they shake you down for cash, and cash only. Its quite fun when clueless Americans only have MasterCard or $100 US bills on hand and the German is trying to resolve the conversation before the 46 second ferry crossing completes. 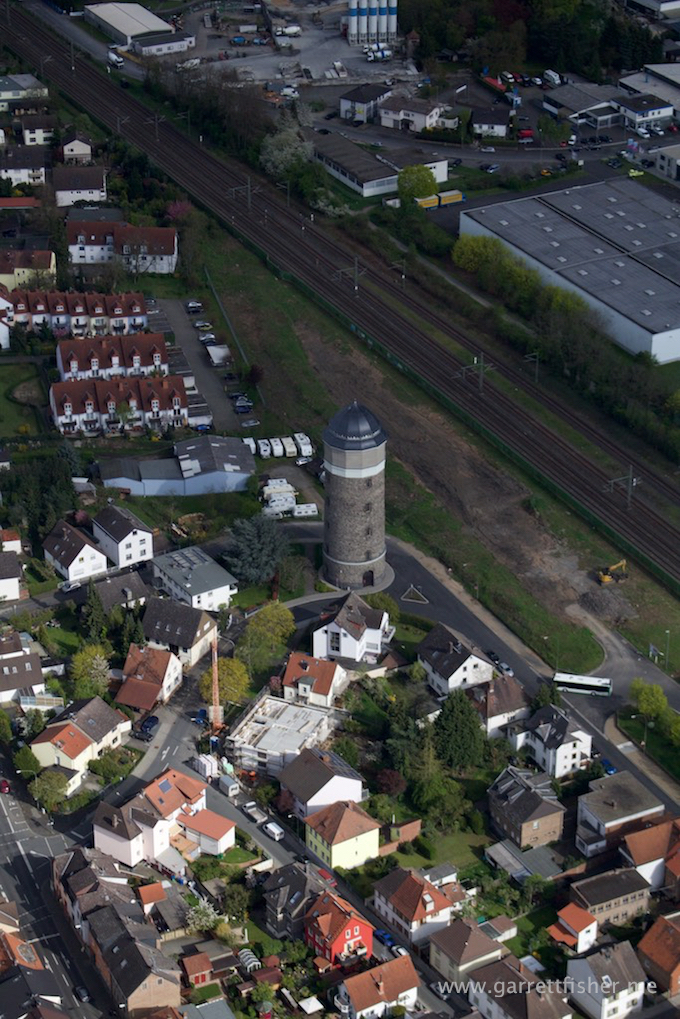