Some of the hellaciously persistent smog that is well known in German winters finally started to abate. Spring has been extremely late this year, with aircraft movements at the local field as much as 65% lower than the prior year.

I decided to emphasize lower elevation farm fields. I learned a few things from Wyoming: early in the agriculture season has some texture that is unavailable any other time of year. While a freshly tilled field of dirt or some shallow sprouted plants may seem anemic compared to harvest time, it is surprisingly beautiful, as the patterns of the land show themselves as purely as any time of year. The taller the plants, the less the dirt talks.

I decided to head down to the Palatinate region, which is a wine section of the western Rhein River Valley, then over the Pfaelzerwald, north to Rammstein Air Base, and then northeast to home.

I had no clue how utterly gorgeous it would be.

Germans know how to take care of land, paving a path in gold that seemingly exists solely for my style of photography! There are no power lines, no sheds, no piles of trash, no unkempt weeds. Land and field patterns are a bit strange. Where the USA defers to rotary irrigation and old Homestead Act parcels of 160 perfectly squared acres (with piles of visual distraction strewn about), Germans seem to favor quadrangles. Fields are four sided, though perfect squares do not seem to be important. Roads either have evenly spaced trees along them, or nothing at all, except rolling fields of beauty. In amongst trapezoids and quadrangles, roads curve with the arc of a painter’s brush, accenting the countryside perfectly.

To make matters even better, people are fenced off into their pens, living together in villages while surrounded by space. In the US, we would allow them all to sprawl out, and it would become a visually pugnacious cesspool of disorganized mass. That is a matter of contention, as the Germans envy America for the same said cesspool of disorganized mass (freedom factors here). I envy Germany because it’s pretty. Alas, that is the same old pendulum that can be argued back and forth til the end of time. In the end, some sections of the highlands west of the Rhein feel like the Midwest: wide open fields, big sky, windmills, and farm country. Sure, there is the occasional Autobahn and electric high-speed rail service, though that is what makes Germany amazing: the 500 year old castle next to vineyards planted in 900 AD alongside a highway with the most modern cars in the world driving at blazing speeds. There is a depth here that is profound, and I can feel it from the air.

It felt good to be in the air for almost three hours. Back in the saddle, 1442 photographs later. 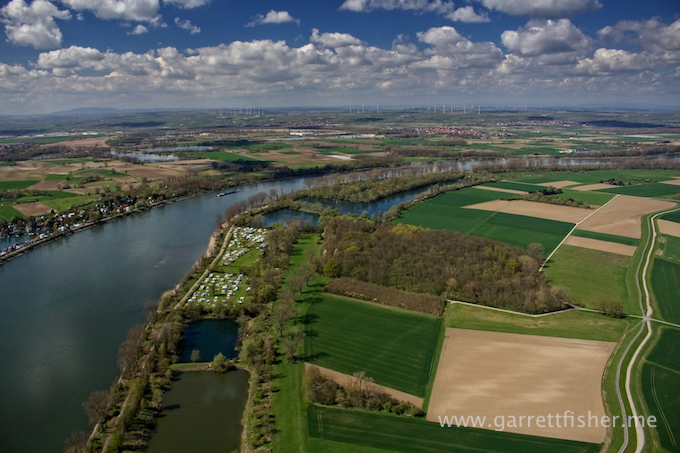 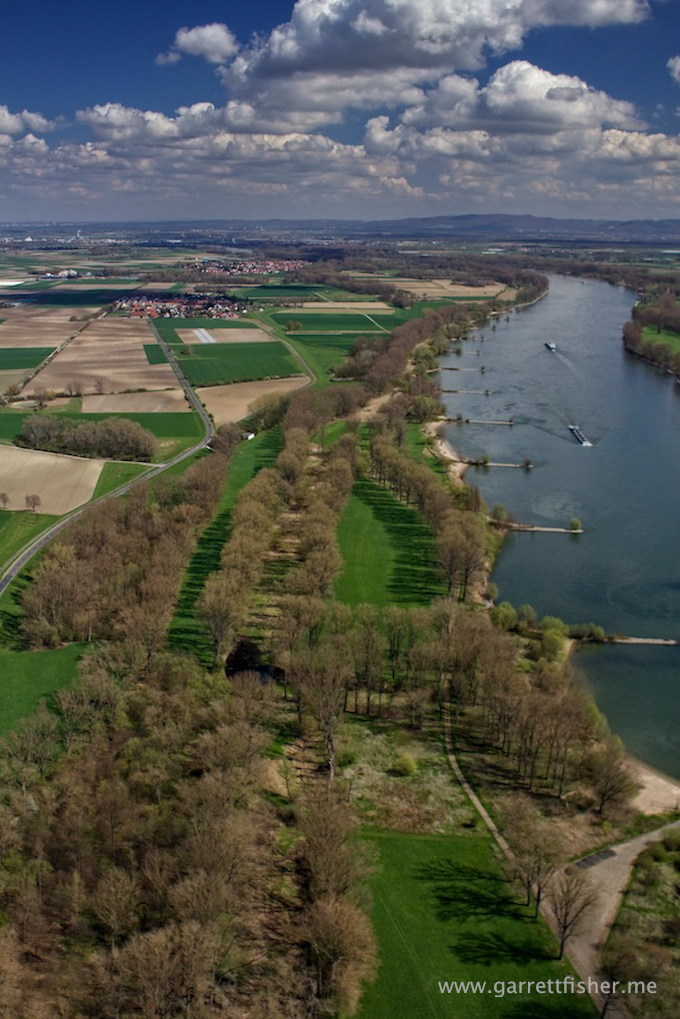 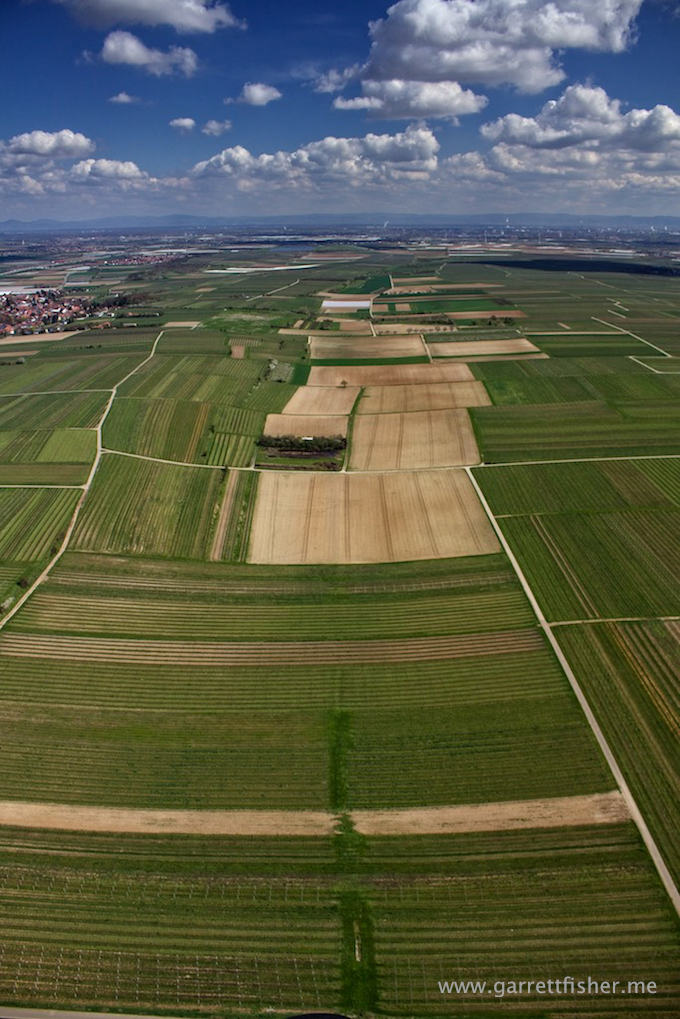 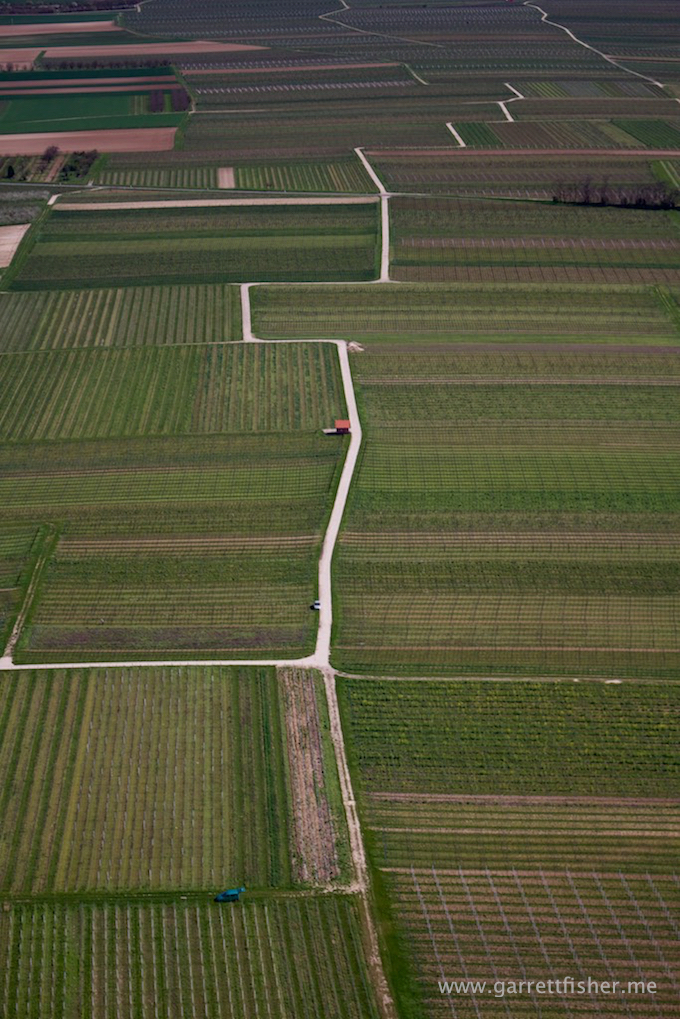 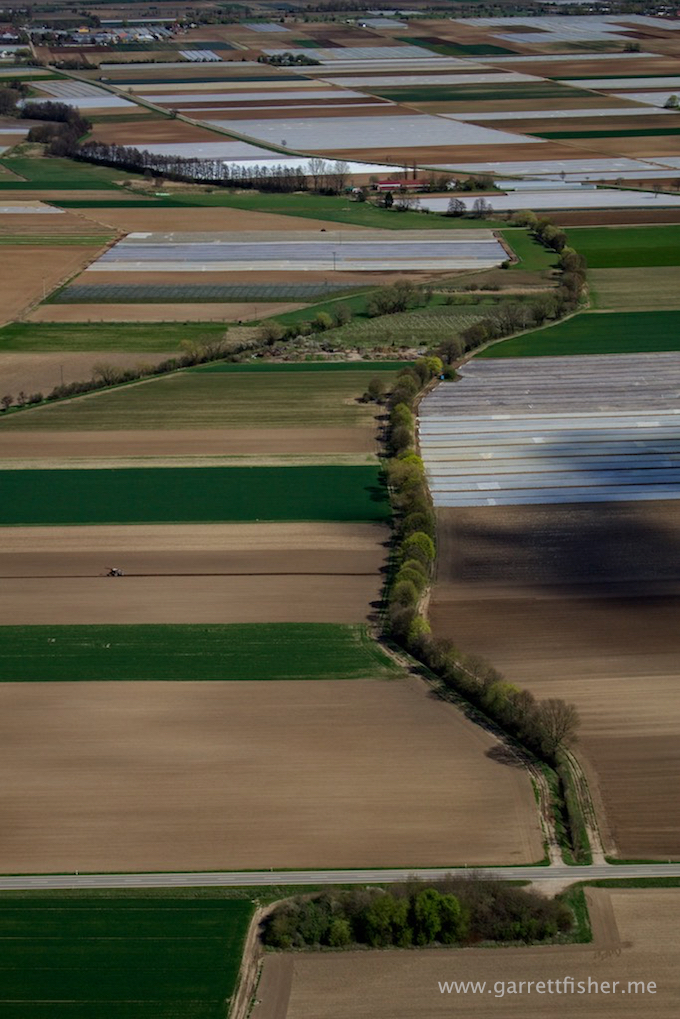 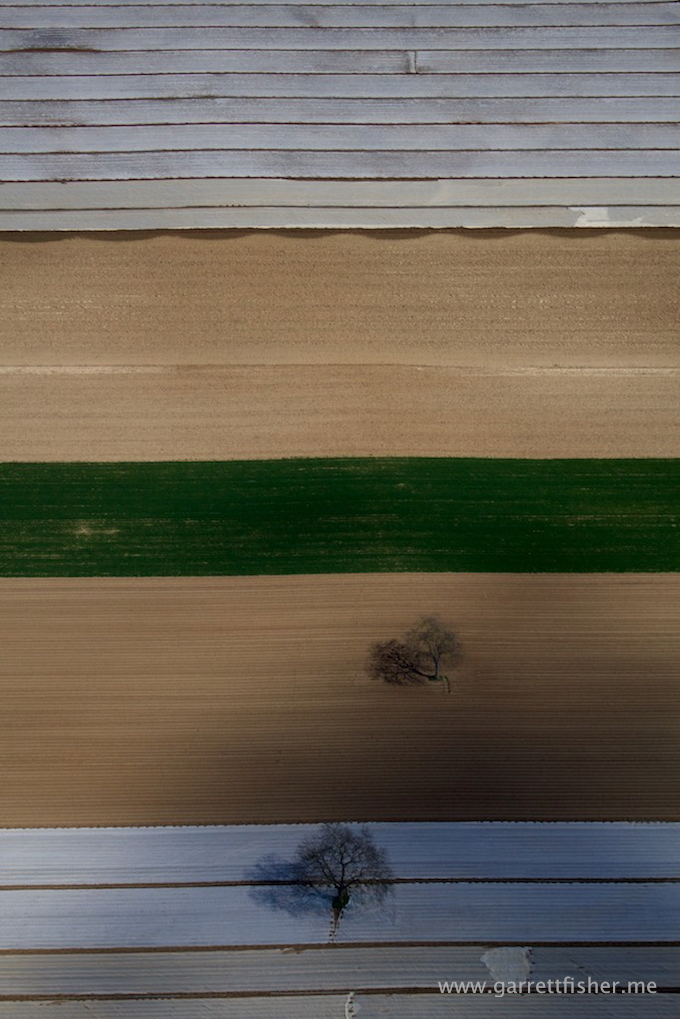 I usually avoid roads and other human influences. This is quite pretty. 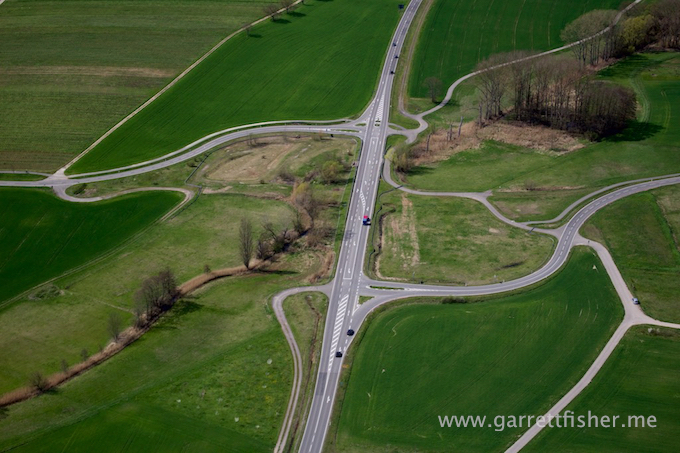 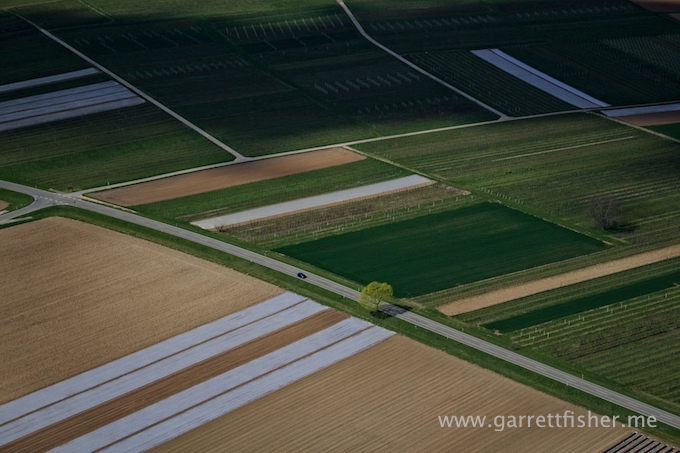 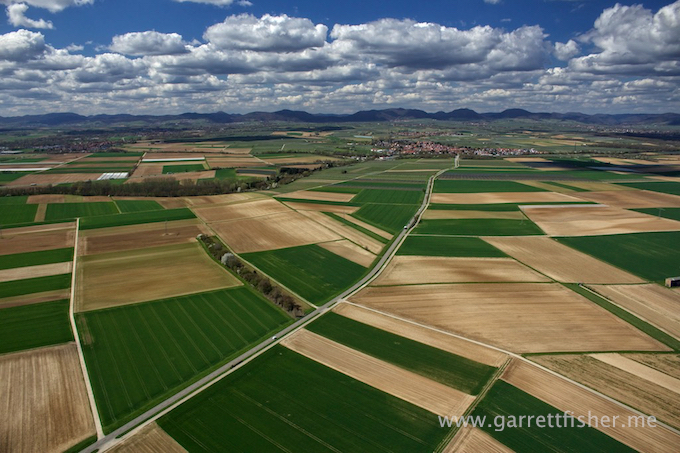 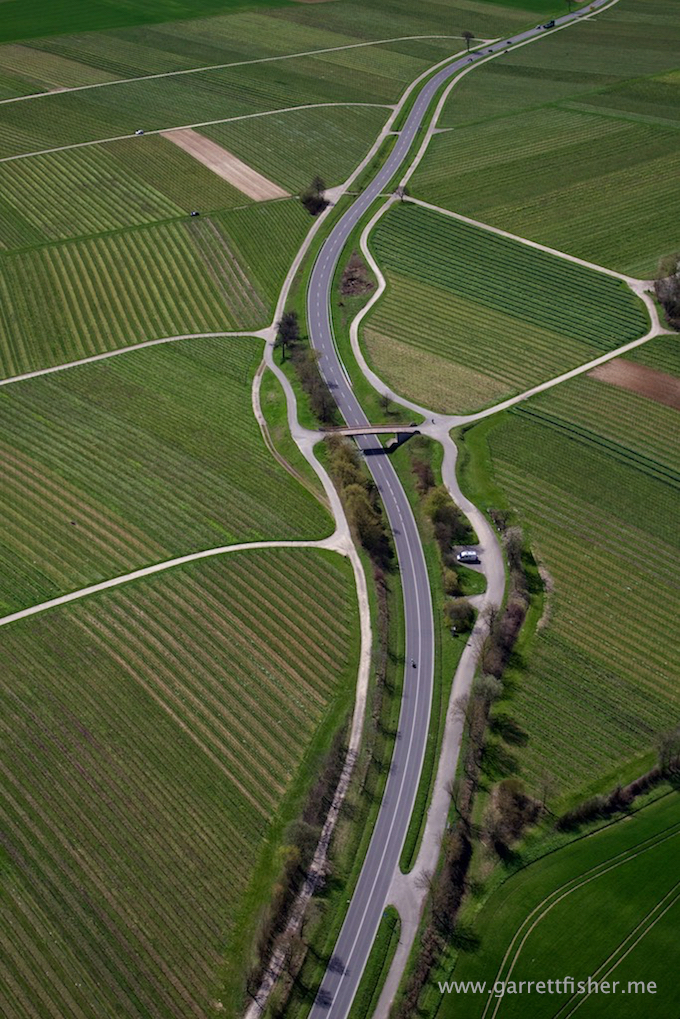 Normally I attract to wild nature. This is the Pfaelzerwald, and its just not doing it for me like the Rhein Valley. Part of the problem is increased clouds in the hills and lack of leaves as of yet. 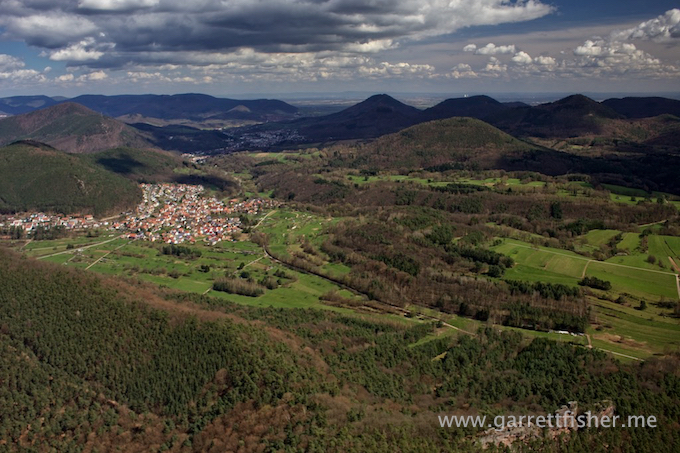 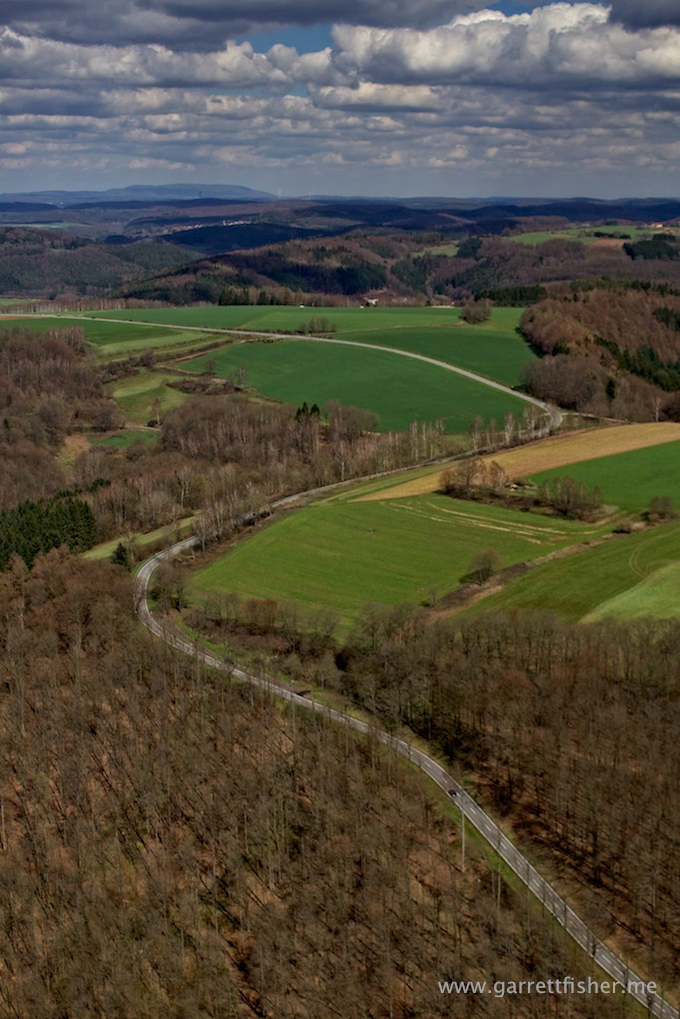 The area S of Rammstein didn’t turn out as I expected, so NE back to the Rhein area. You can see the German struggle between farming efficiency and the efficiency of getting from point A to B battling it out here. Agricultural production wins, as those that travel this road must make an astonishing six 90 degree turns to travel straight. 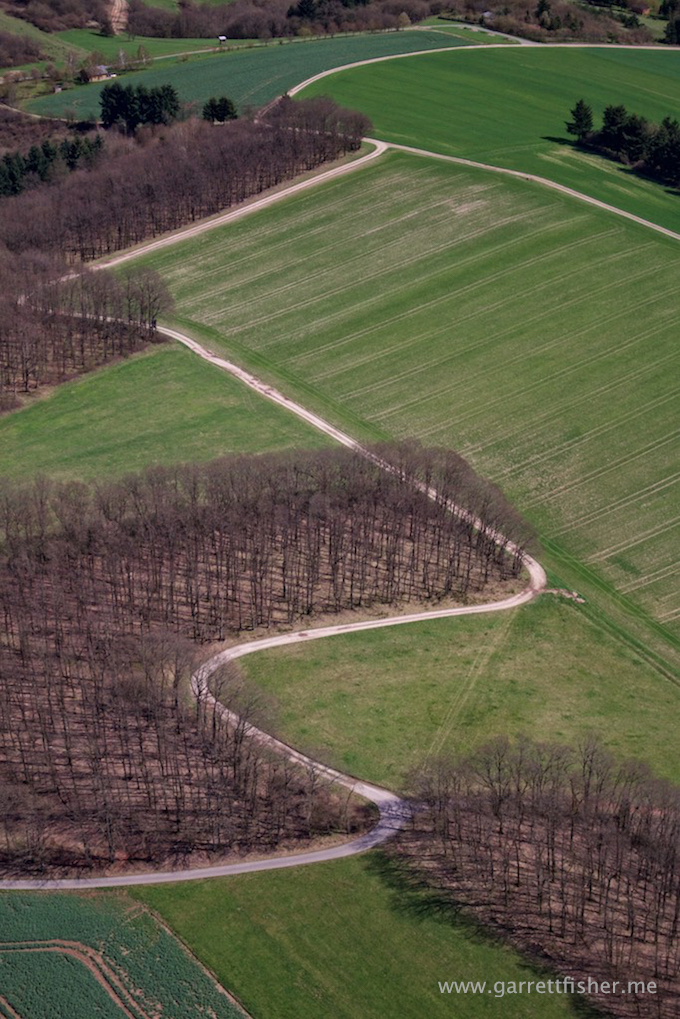 It would be very cool if that is a Roman aqueduct, though it probably isn’t. This is a splendid fusion of old versus new, curves versus lines. 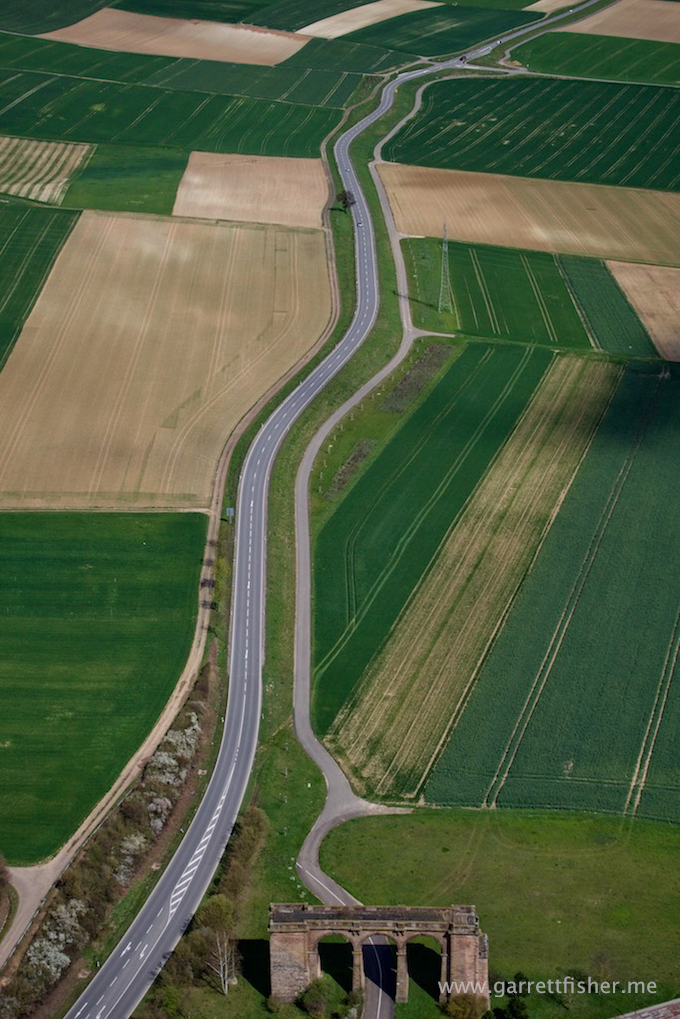 Windmills. Gigantic swirling blades to avoid flying into. And people tell me flying in the mountains is somehow dangerous….? 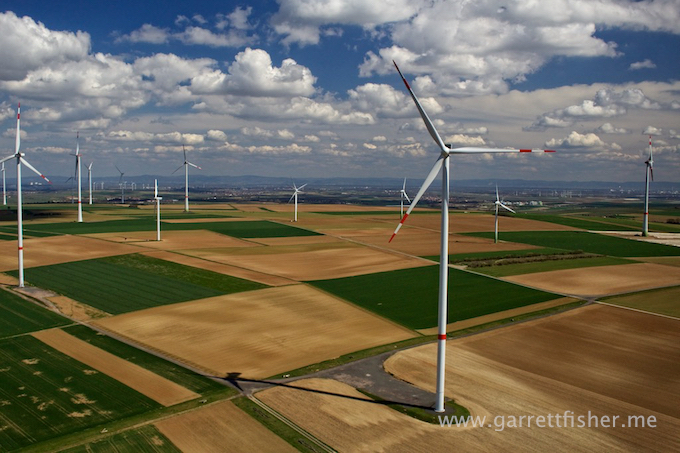 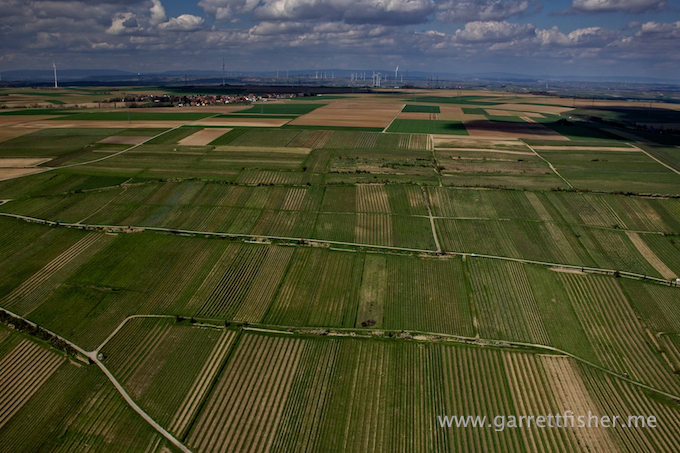 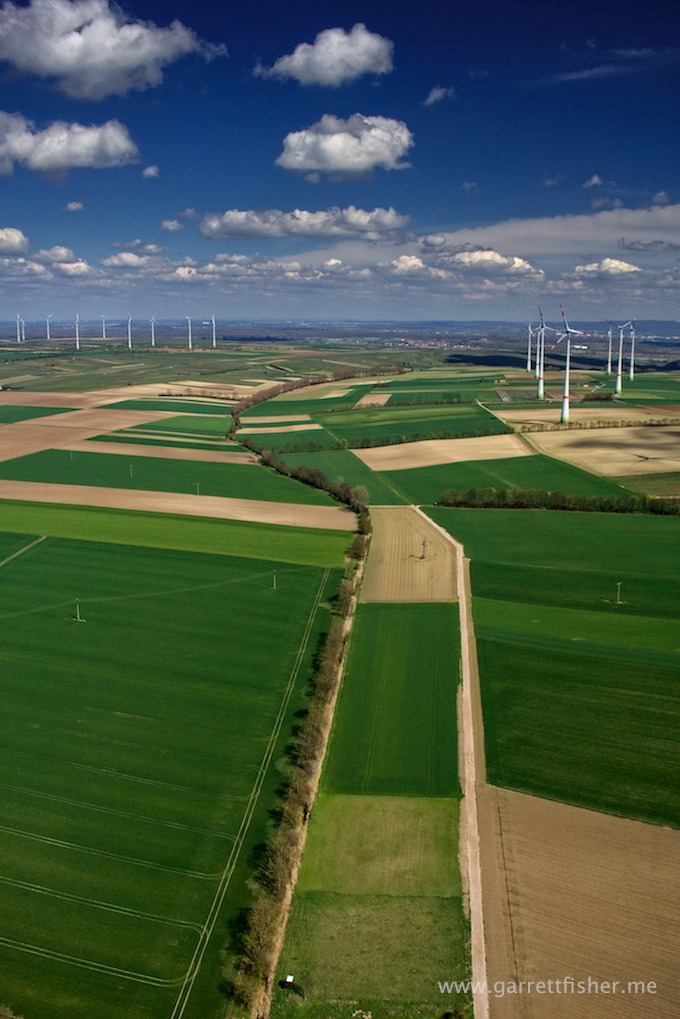 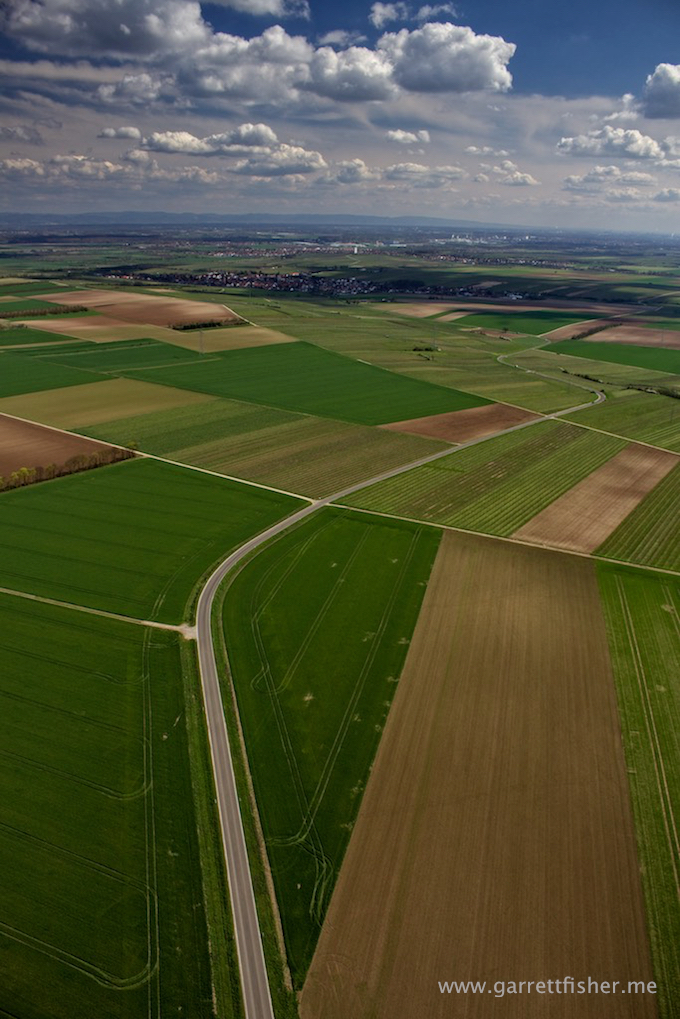 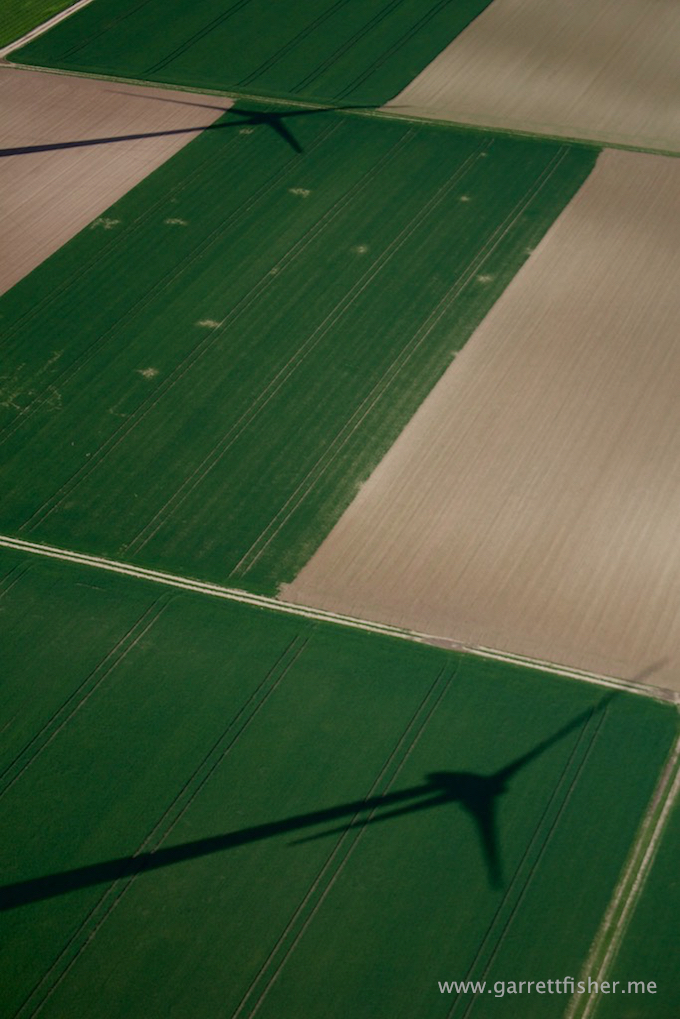 Crossing the Rhein heading back east. 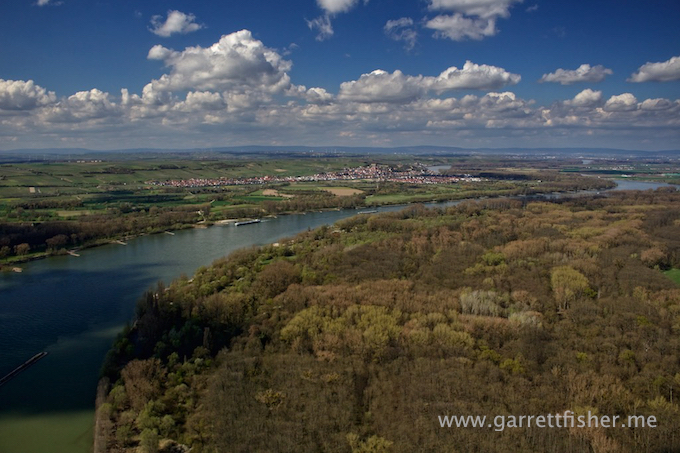