There is a certain intentional and controlled ignorance to the twists and turns of life for the past two years. One of them was the haste of deciding to live here, and the lack of any real research into the areas around where we live. It gets fatiguing to expect life to be one way in a new place, only to have those expectations smashed 100% of the time. I decided to see what happens.

It was not until the actual flight from Germany that I discovered that there was another high altitude valley nearby, one that has some characteristics similar to La Cerdanya: wide and relatively flat. Situated over a pass on the northeast side of the area, it is exclusively the domain of France, and reminds me of some areas of Montana, with mountains, pine trees, and an open valley in between.

There is also a certain controlled, though unintentional ignorance about local weather patterns. Apparently, the tail end of the summer weather pattern means that days start out with some low cloud, said clouds burn off, afternoon heat creates more, and they disappear after sunset. This was a day where the overcast decided to backfill from afternoon heat, precisely as I arrived at my destination, obviating any decent photos of what I was intending to get in the first place. There seems to be little discernible warnings as to the fickle behaviors of orographically-induced clouds.

A countervailing principle to such aesthetic miscalculation is a lesson learned flying 330 hours last summer in Wyoming: when I sit down on my illustrious Mac-powered throne to put my photographs into a pile of cohesive works, I can’t believe how many things I did not fly to that were nearby. I still can’t believe how much I flew last year, and I am remiss at how many things I was convinced I photographed that I ended up missing. Thus, I have come to discern that it is best to take the bull by the horns, explore while life cooperates, and roll with it when it the visuals end up different. 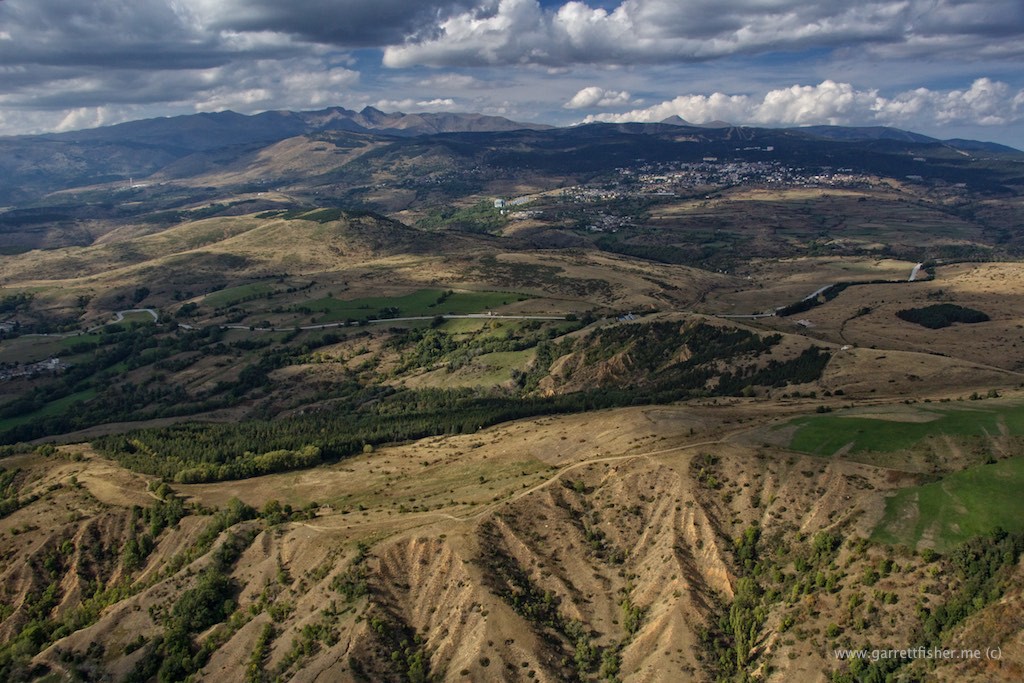 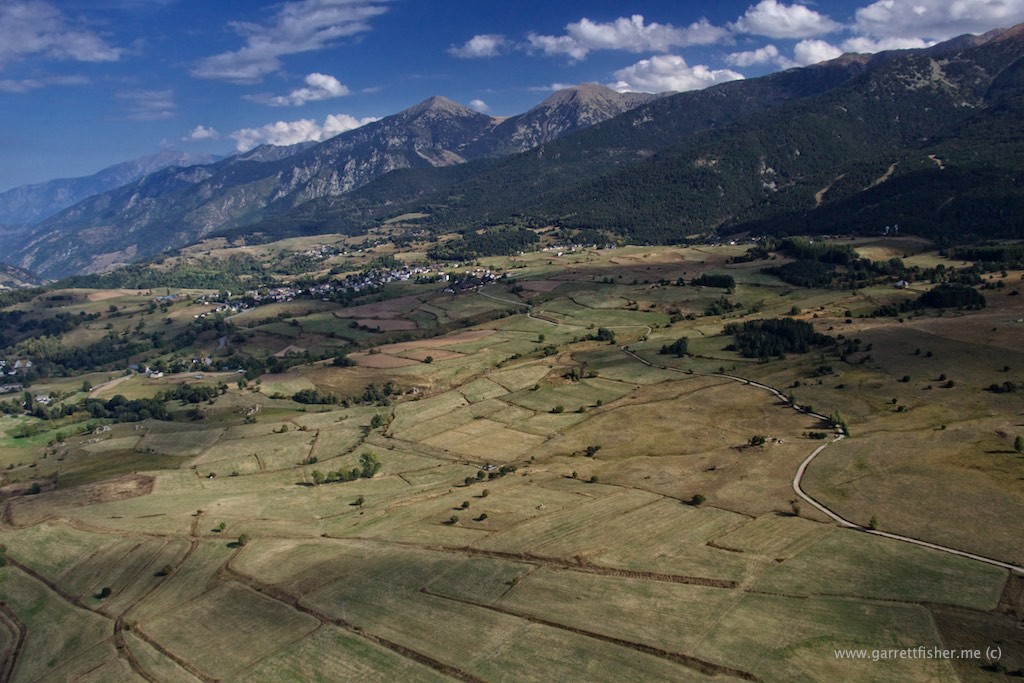 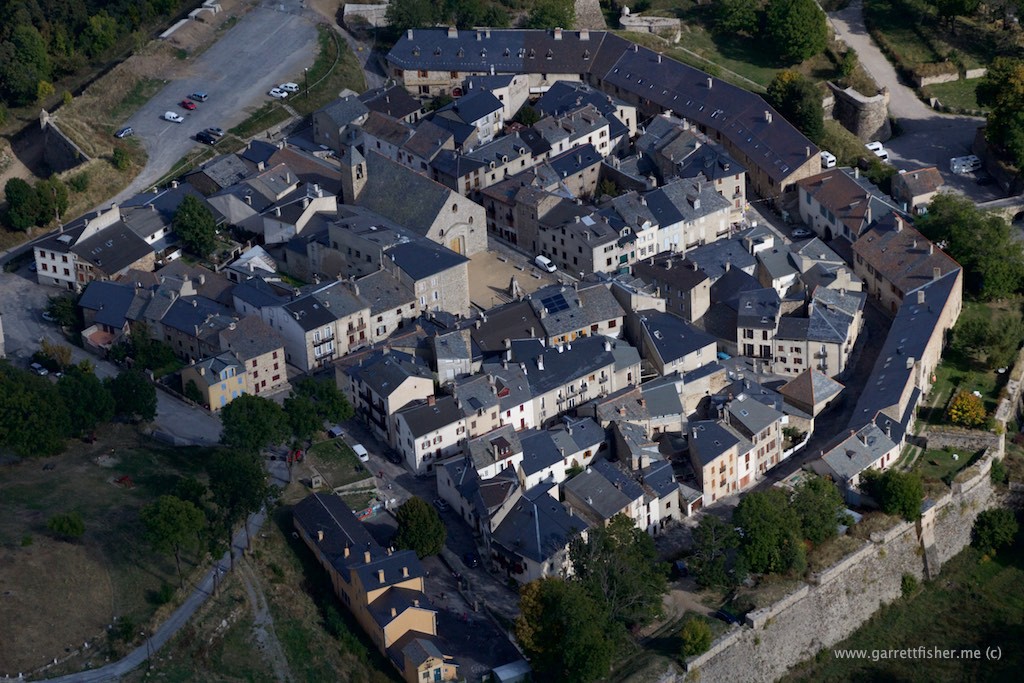 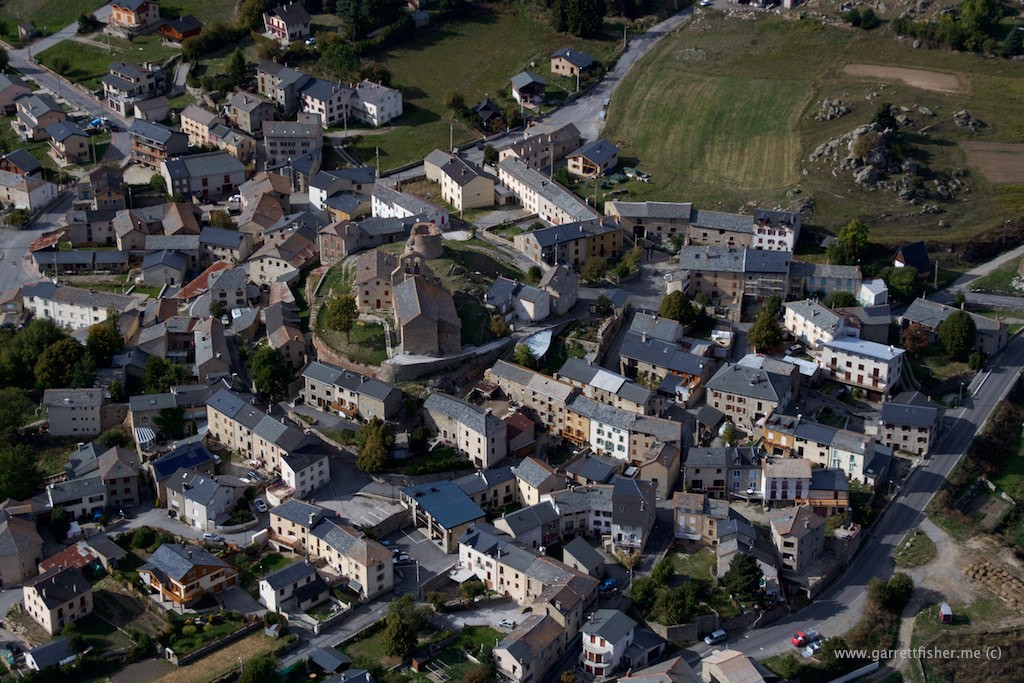 Road to Perpignan. I drove the moving van up this nauseating highway, at night. I also drove the empty moving van down. Needless to say, there are certain things one can do with a large vehicle on roads like this that should be illegal. 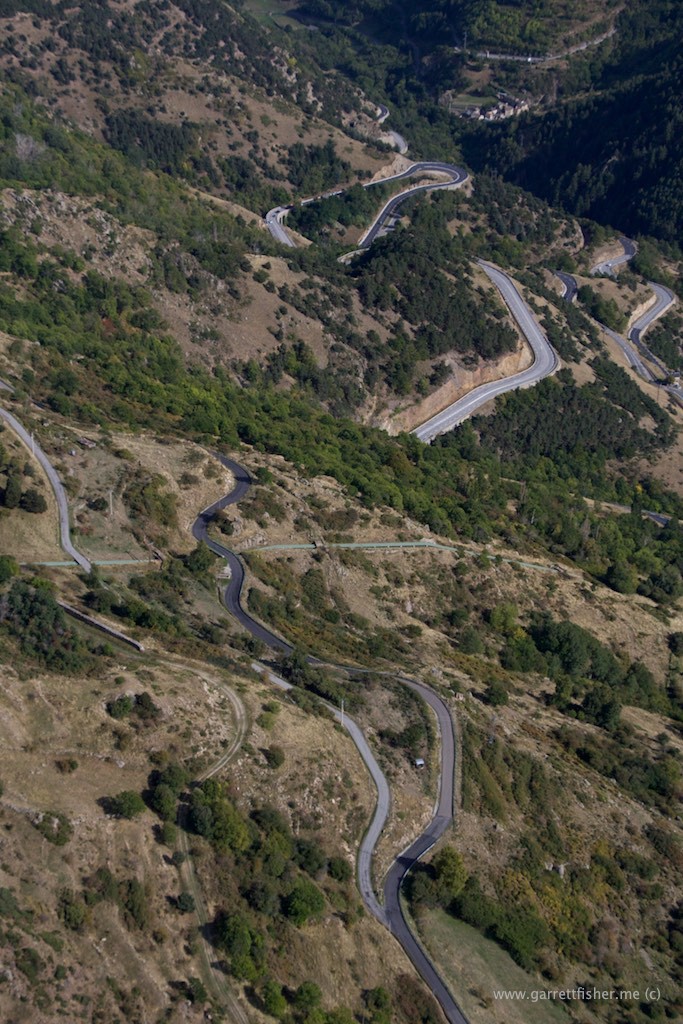 Valley of Capcir heading off to the right. Note the clouds filling in. There is a grass airport on this pass, for which the French overlords of aviation have decided that I need a special license to land at, because its too high up. The fact that I was based for a year at an airport twice this height means nothing to them. 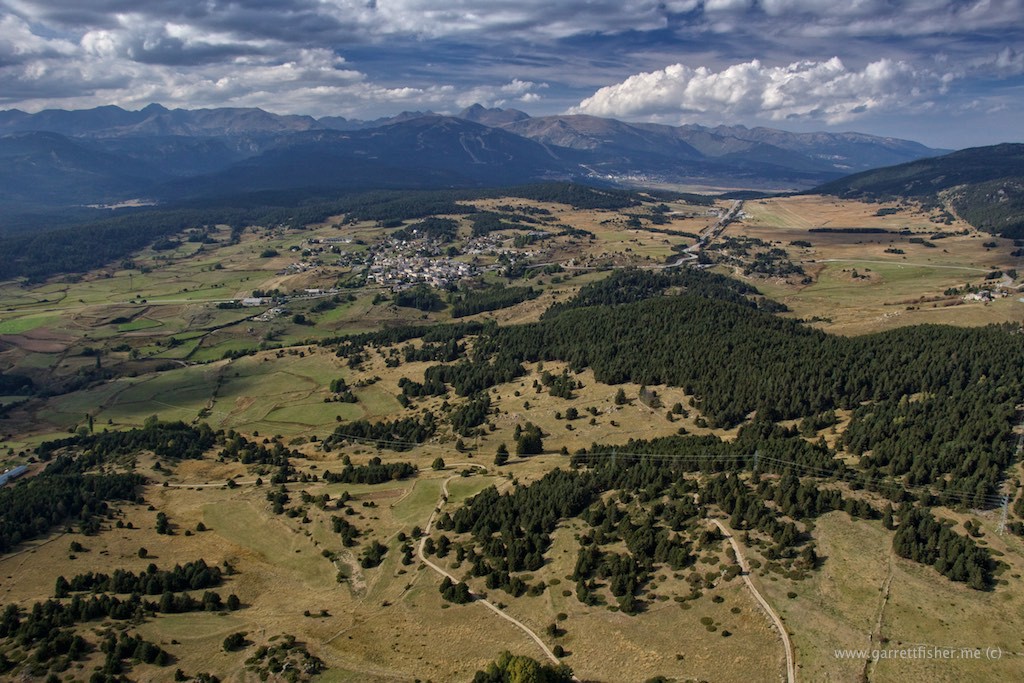 Note the sheep and shepherd in bottom right, and the otherwise completely enigmatic farming practices everywhere else.

There is probably a reason for this senselessness. 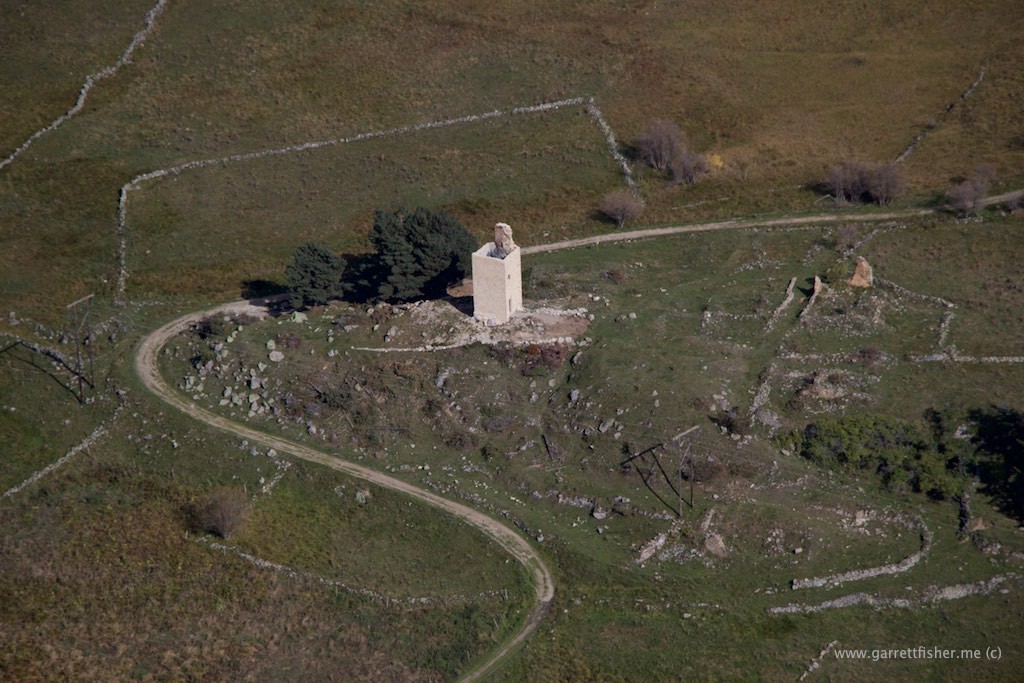 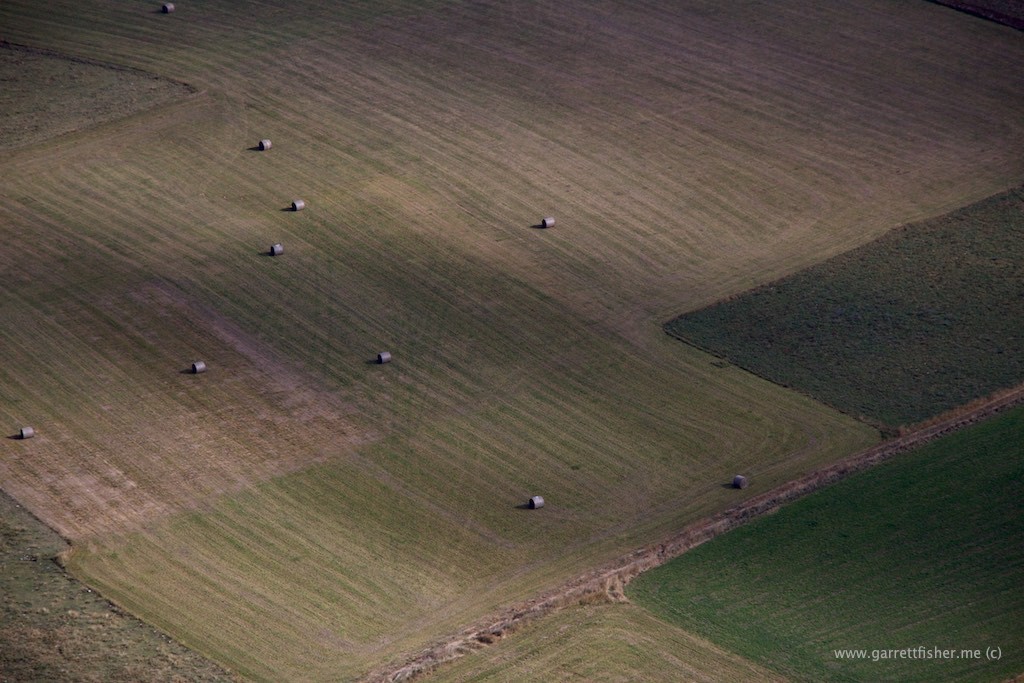 This appears to be some sort of military installation from time’s past. 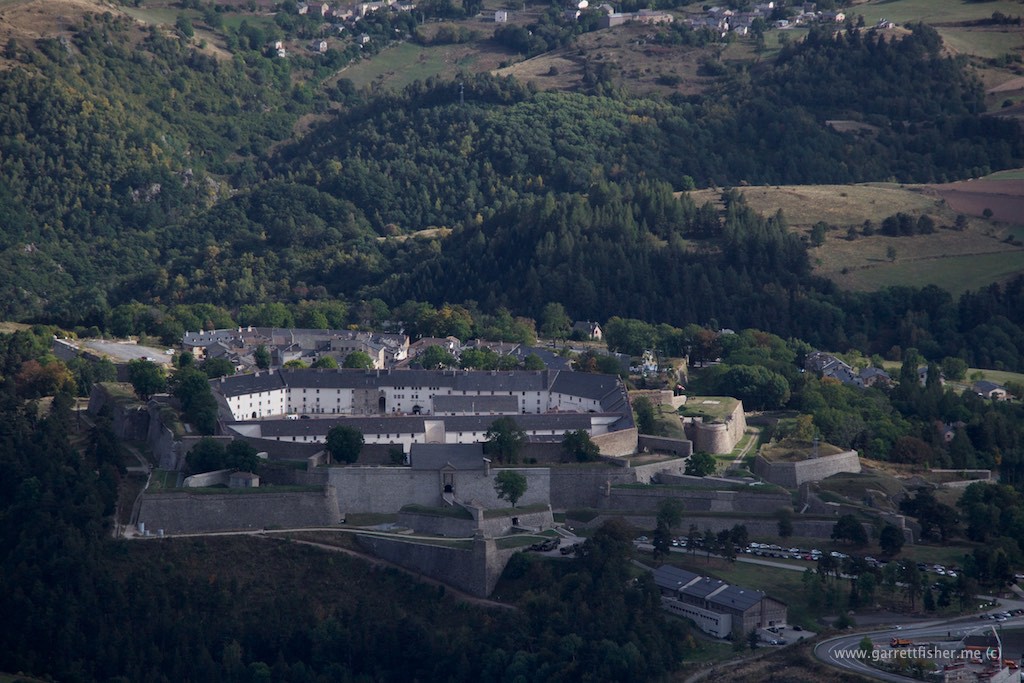 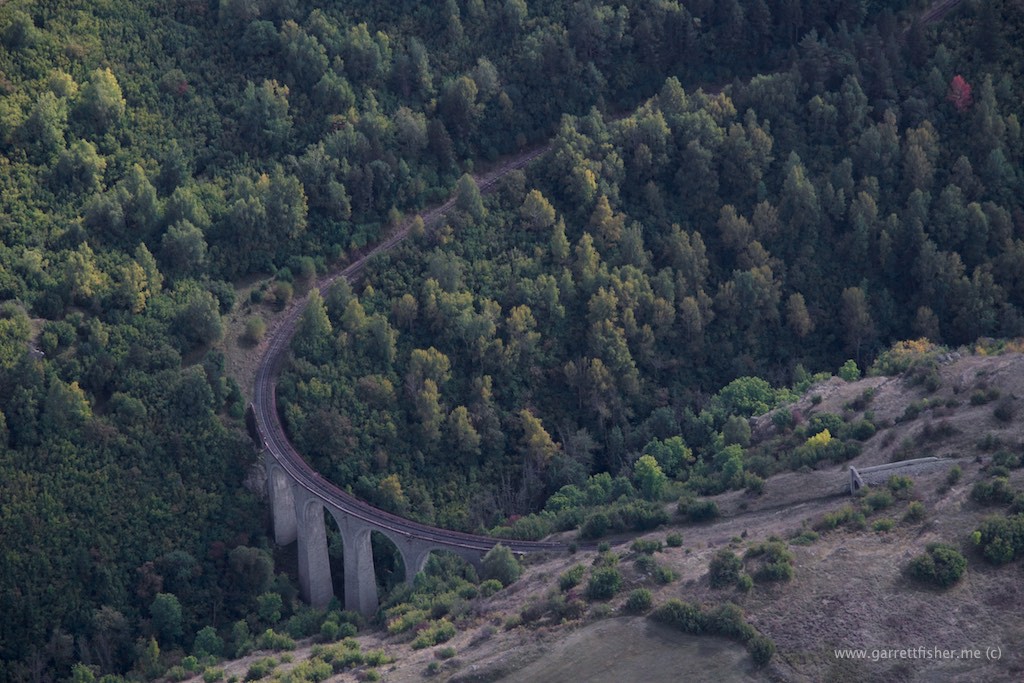 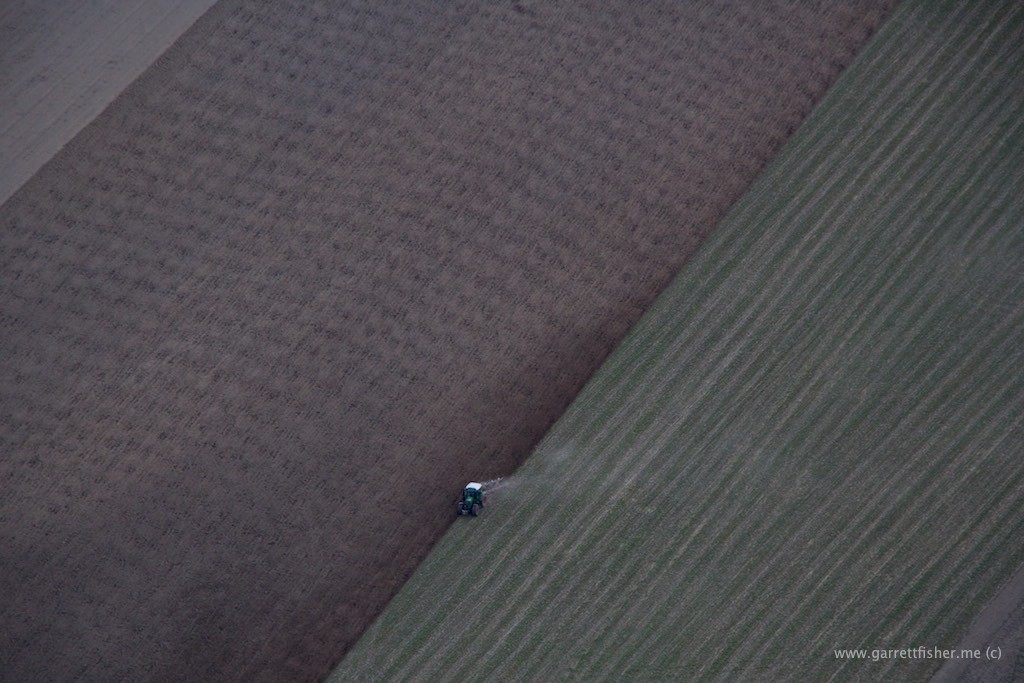