After some days of inversion, the air became gloriously crystal clear, a situation endemic to northerly wind events in winter, so I decided to head to the Val du Capcir in lovely France for some local wandering.

After routine rigmarole such as driving to the airport, preheating the engine, opening the hangar, preflighting, talking to Spaniards who think the PA-11 is the coolest thing on the planet, and warmup, it became evident immediately after takeoff that the air quality had become downright awful. It was obviously smoke, though as one may surmise, it is difficult to pinpoint the source of smoke when one is surrounded by it. Thus, I continued my path east in La Cerdanya, heading to the south side of the valley for favor of avoiding nasty turbulence that accompanies north wind events.

As expected, the air cleared rather rapidly, and I was then able to see that the smoke had a source somewhere in the Val du Carol on the French side, clearly getting fanned by dry air and some wind. As my flight continued, it got too bumpy and unpleasant to warrant proceeding ahead, so I turned back, flew through the smoke again, and landed.

The funny part was after landing. I asked one of the airport guys if he knew where the fire exactly was and what started it. In Spanish, he replied, “The French started a fire.” “A controlled burn?” “Yes.”

I find this dialogue amusing, as it is slyly telling with regard to regional prejudices and cross border disdain. If the same conversation happened in America, the reply would be “It’s a controlled burn.” There would be no “The [insert disdained group here] started a fire.” Then again, Spaniards will inasmuch admit that they dislike the French, and the French dislike them. As I have had some of these educational conversations, I posited the notion that the two groups share a valley, so perhaps some neighborly cordiality might be in order? “No, that is why we hate them, because they are so close.”

French Cerdagne, not in the smoke, and roughly at the point of too much turbulence for my liking. 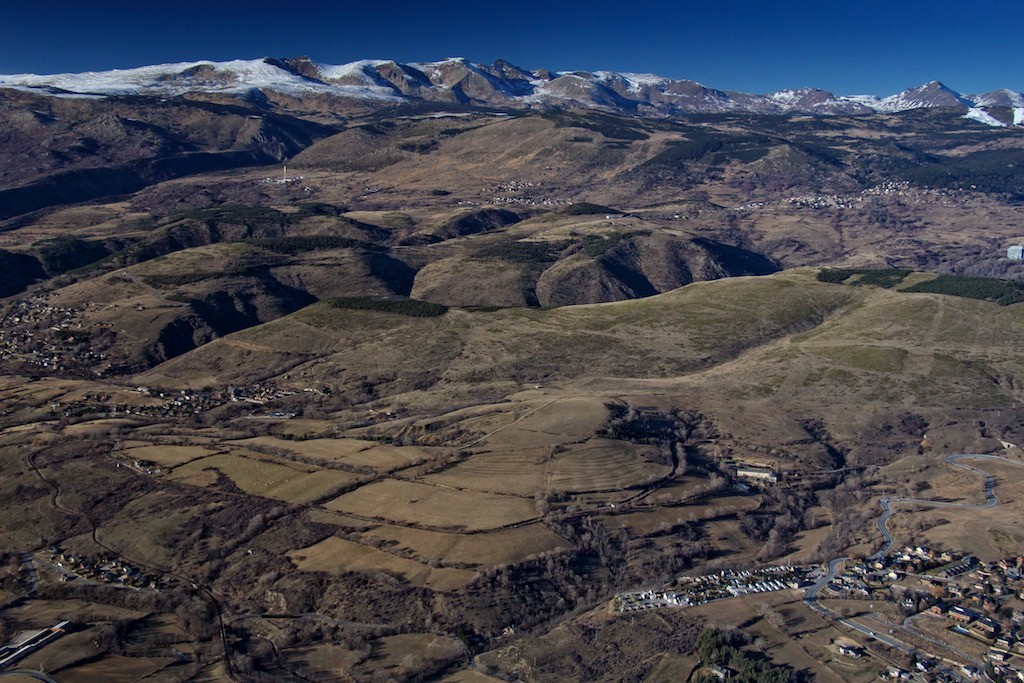 Someday I will get off my rear end and hike around these. 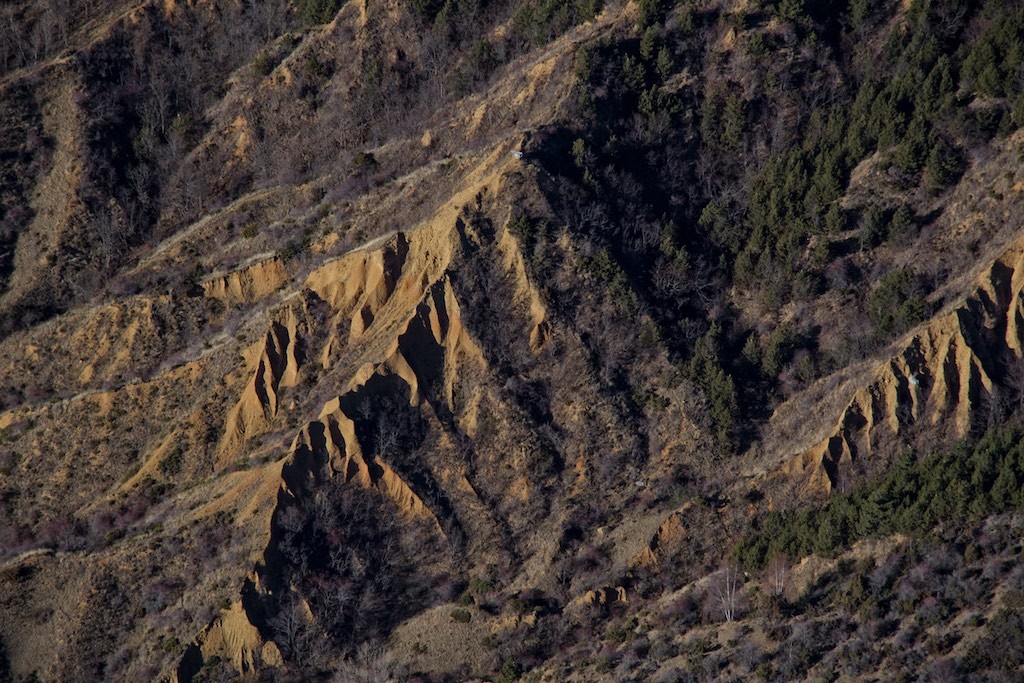 French property division. Yes, I know, no smoke yet. Scroll down. 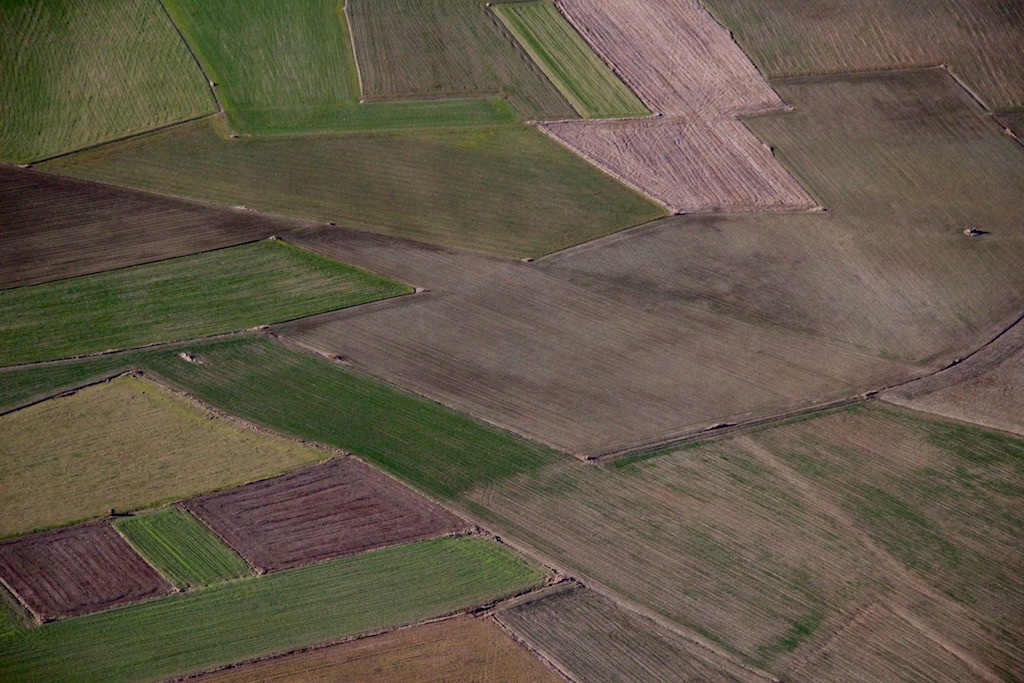 Smoke spewing out of the Val du Carol and ruining everything. 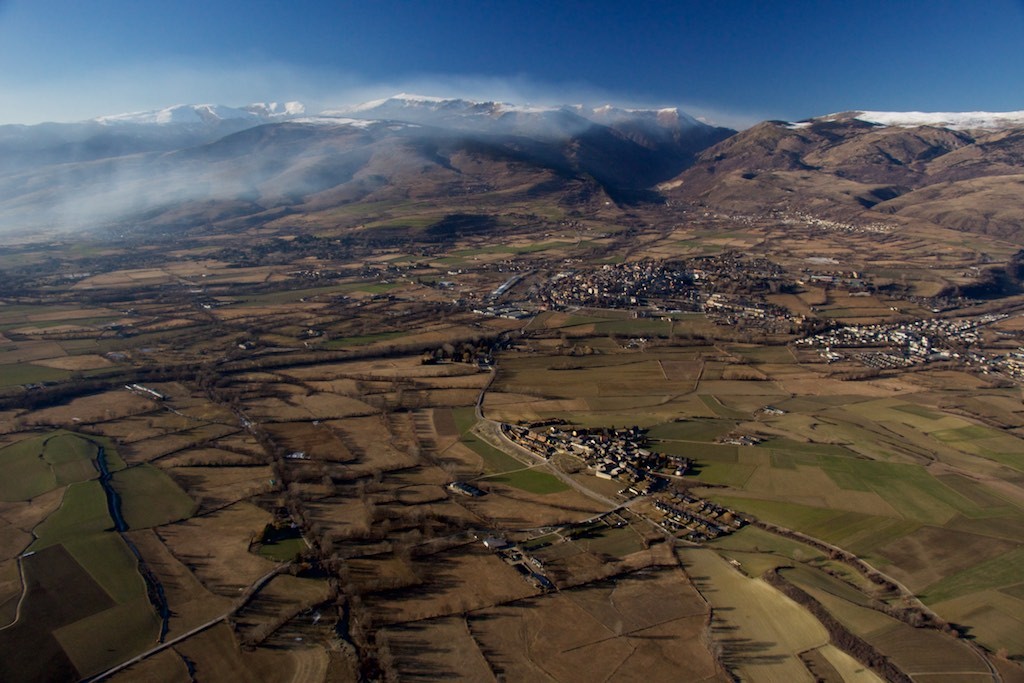