There is a little section of mountains, akin to a “range” though lacking in distinct identity as the name implies in America, that scares the crap out of me. Its just so…harsh, and there is no good way to get out in the event of an emergency. As such, I have only nibbled at the edge, and so far hadn’t really gone over it. It is a bit to the west of Pic Carlit in France, with an altitude of 9,583 feet, which isn’t enough to impress me by the numbers. As you’ll see in the pictures, it was rugged enough. Waiting until the mountains were as unforgiving as possible with deep snow and cold temperatures, I decided to fly over it.

For some reason, despite the deep snow, penetrating cold, and harsh nature of the mountains when they are prone to avalanche, I find the entire experience peaceful and pleasant, almost a Zenist moment in the airplane, which lasts until I can’t feel my face, hands, and feet, then I head home. I don’t get the same peace flying over the same terrain in other seasons. 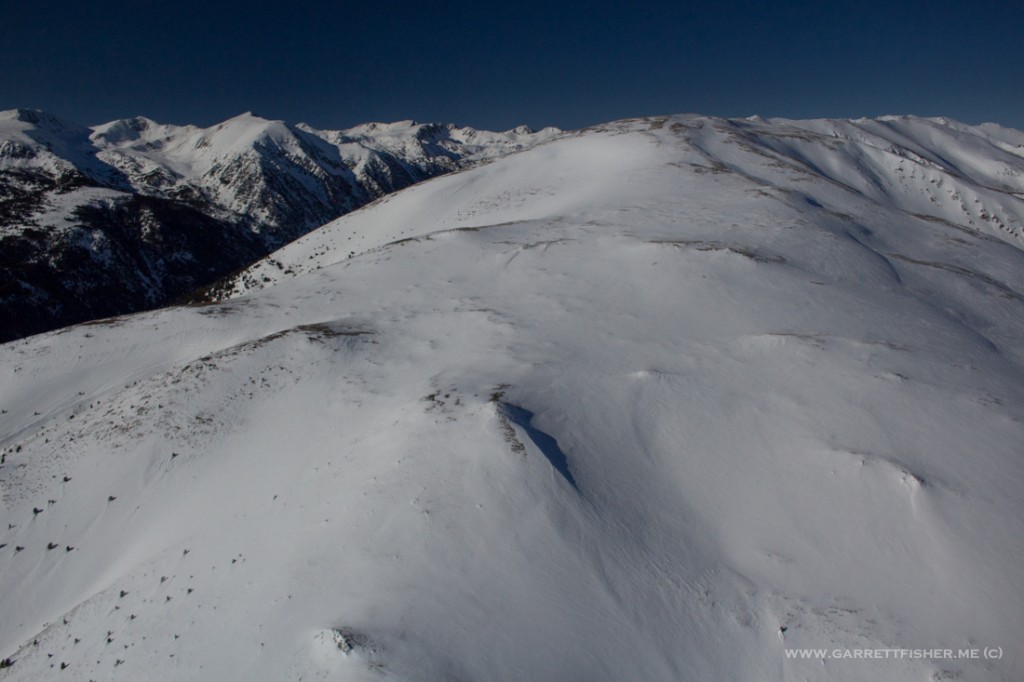 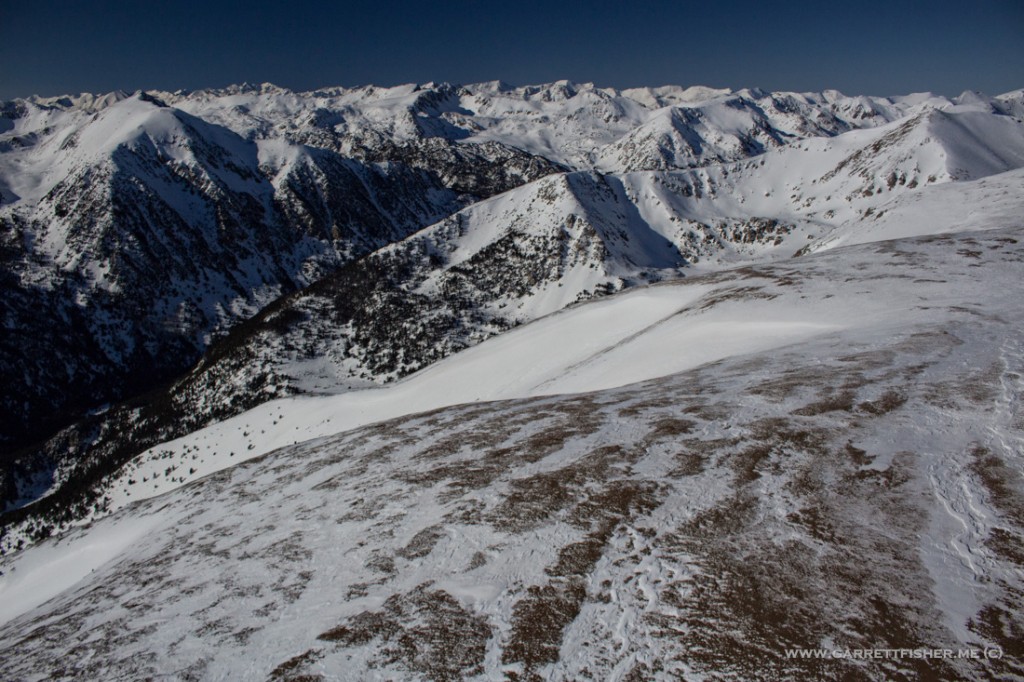 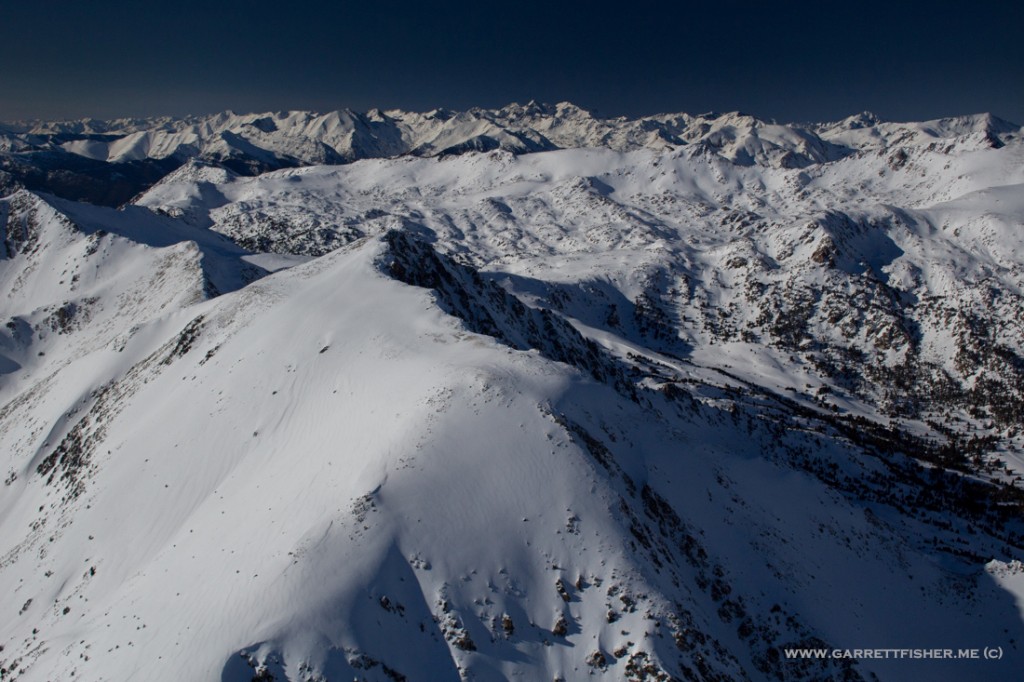 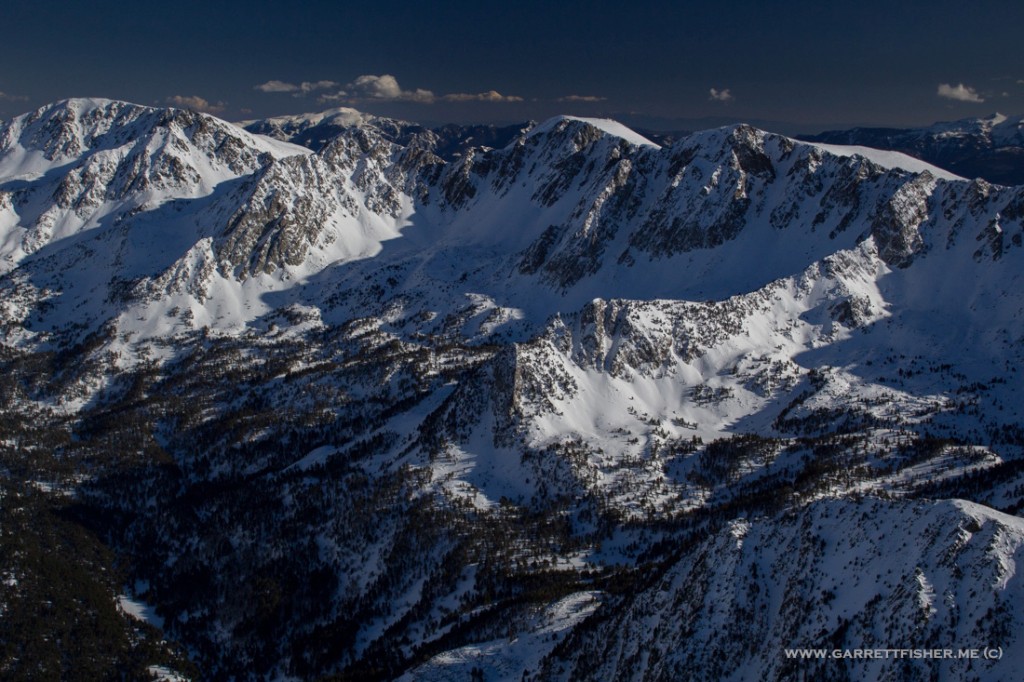 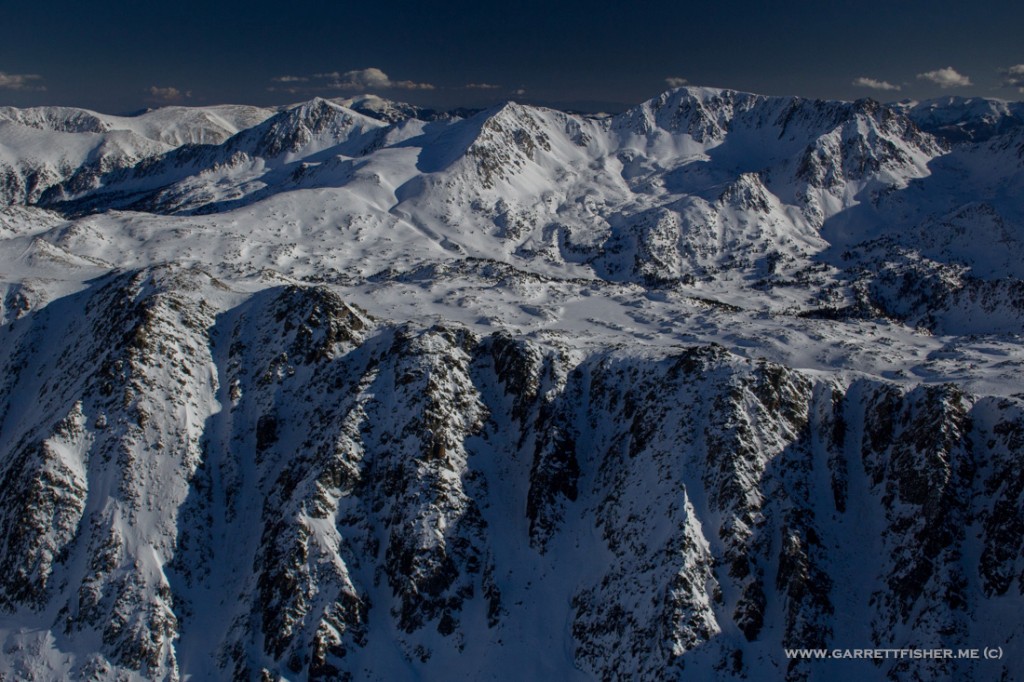 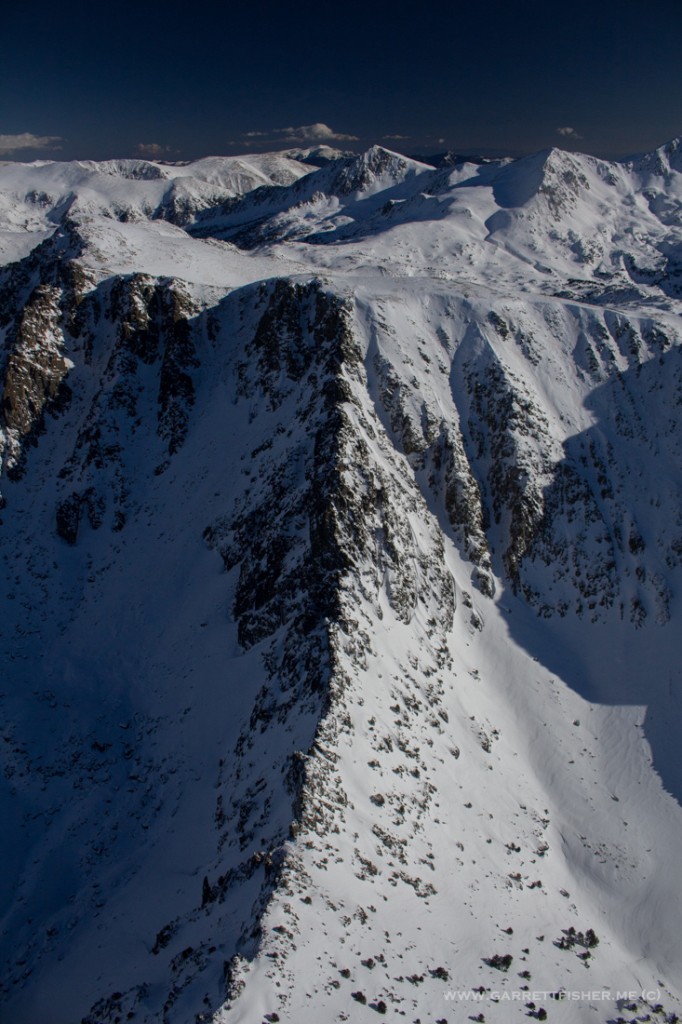 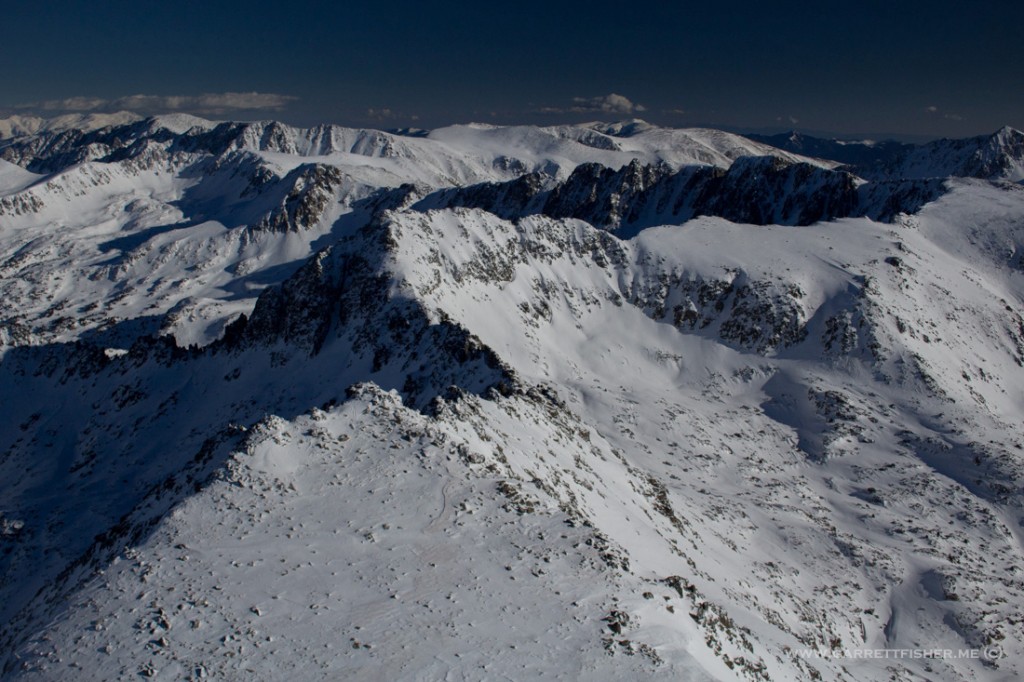 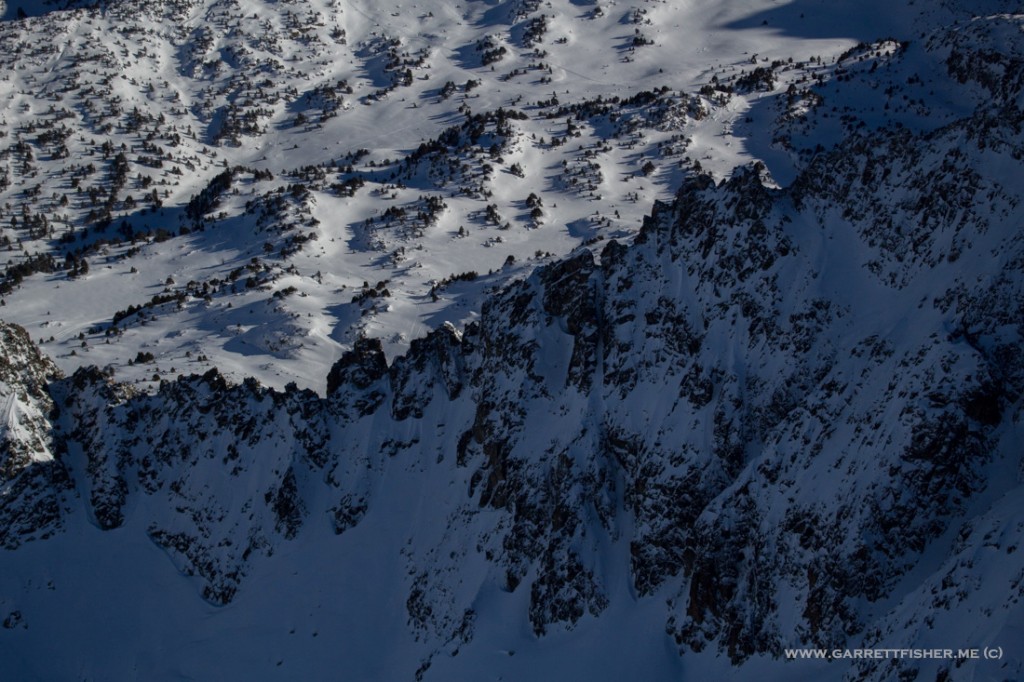 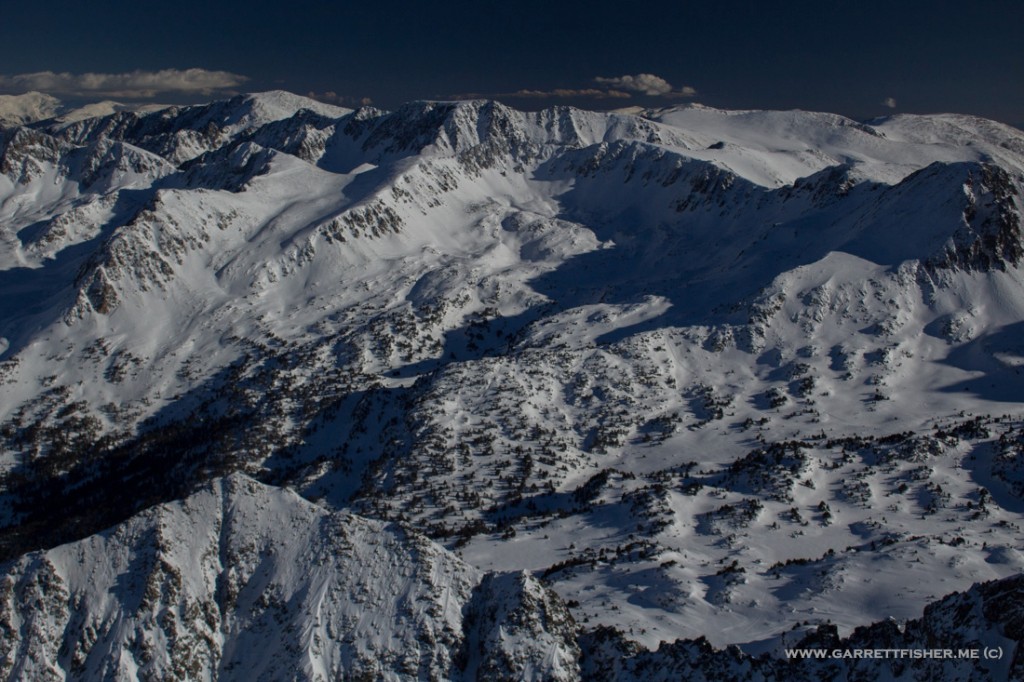 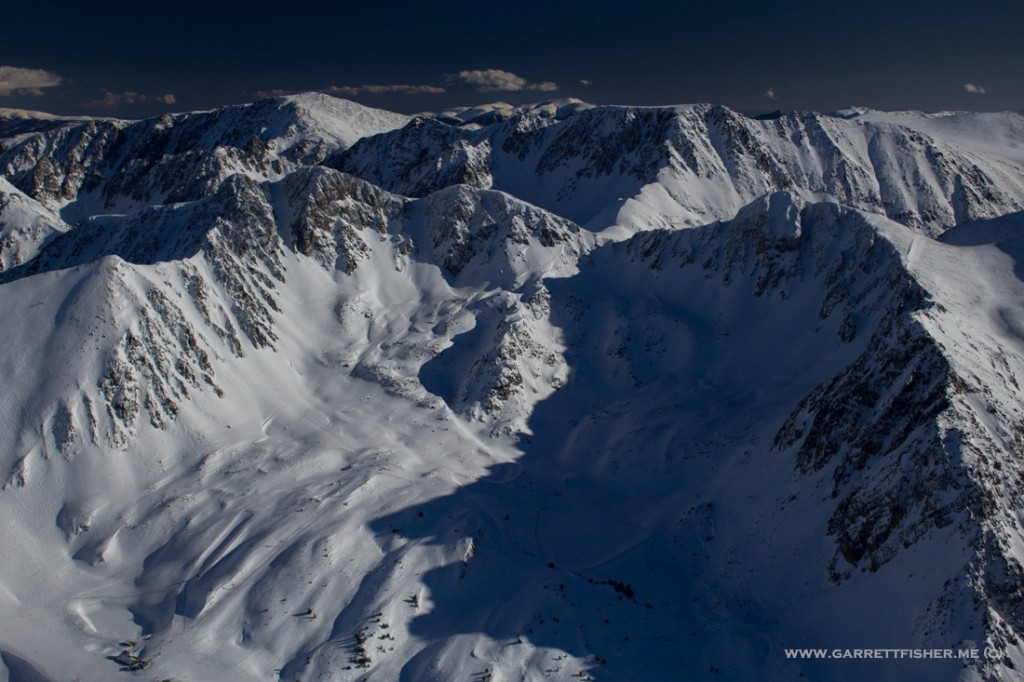 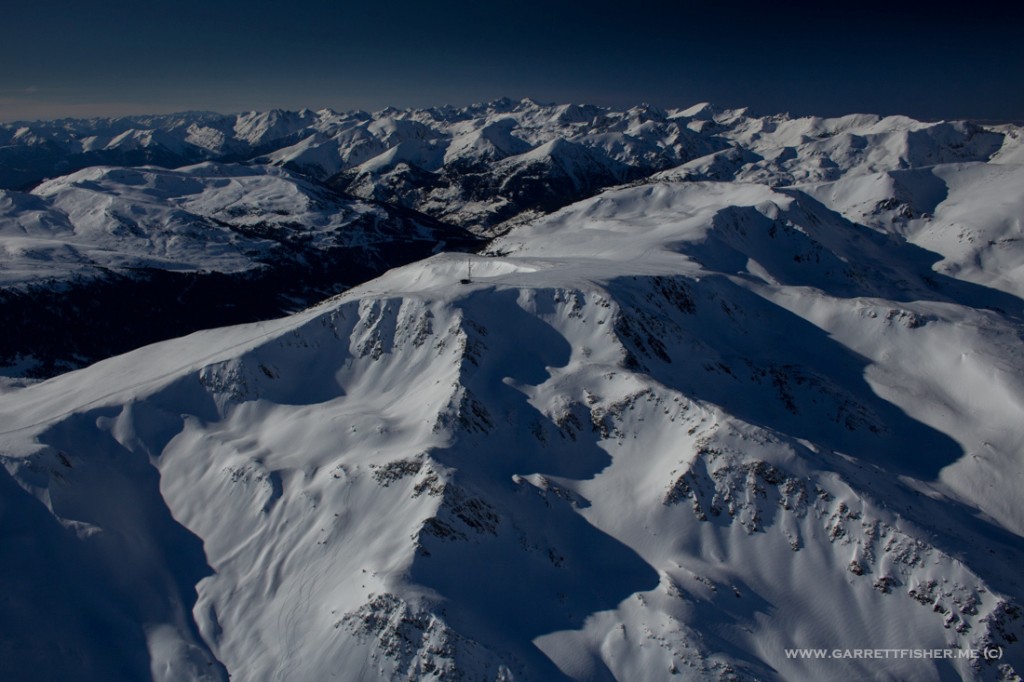 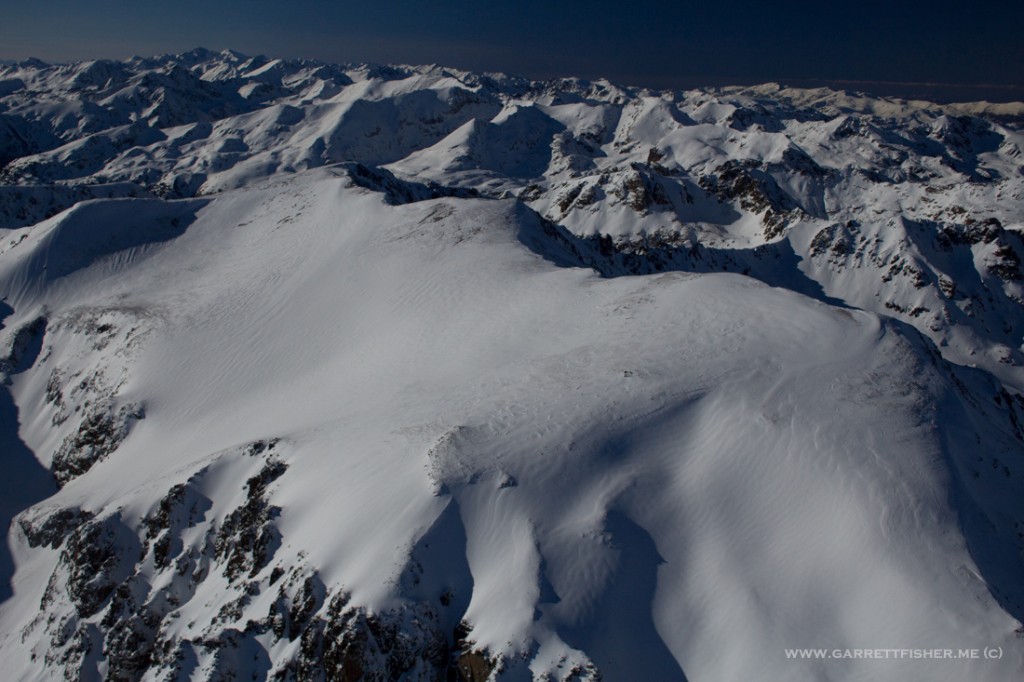 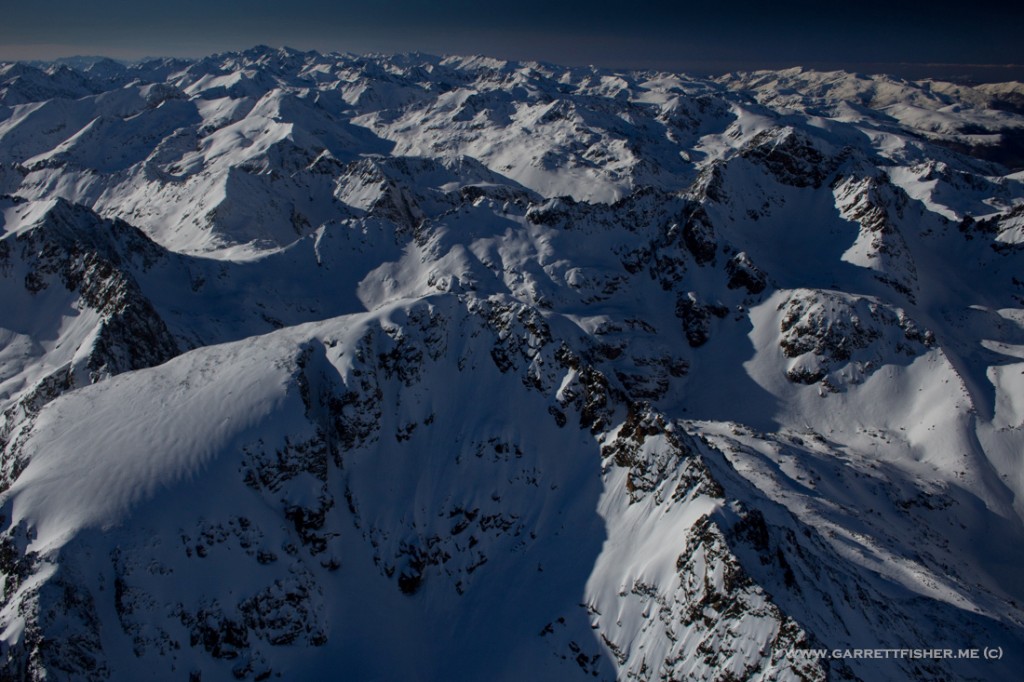 Snow drifts….blowing up the side of the mountain against gravity. 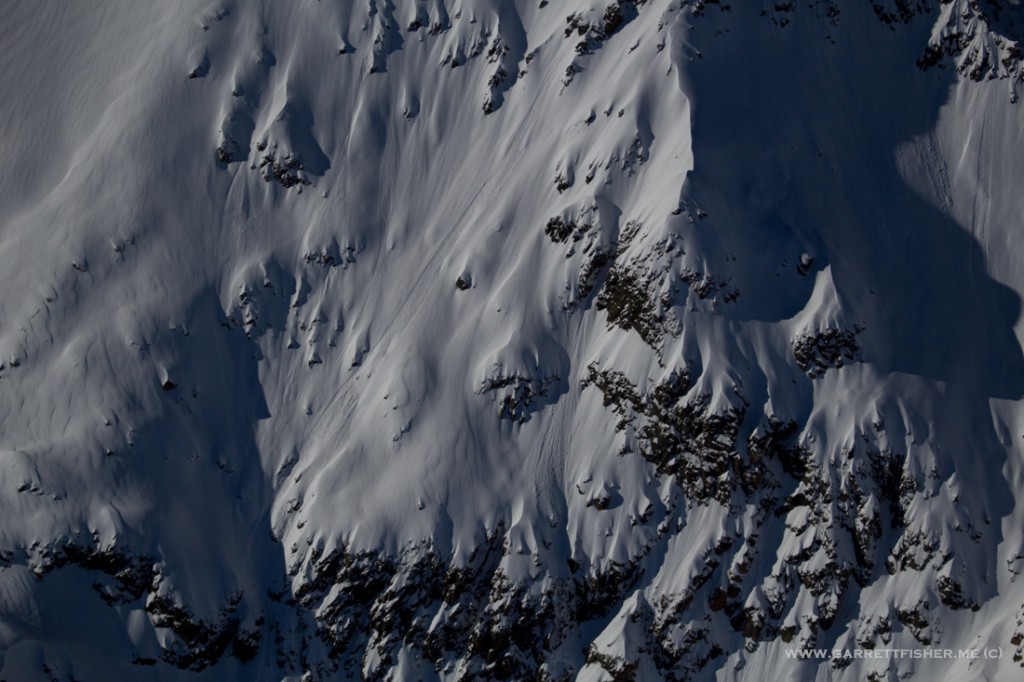 Looking into the Midi-Pyrenees region of France. 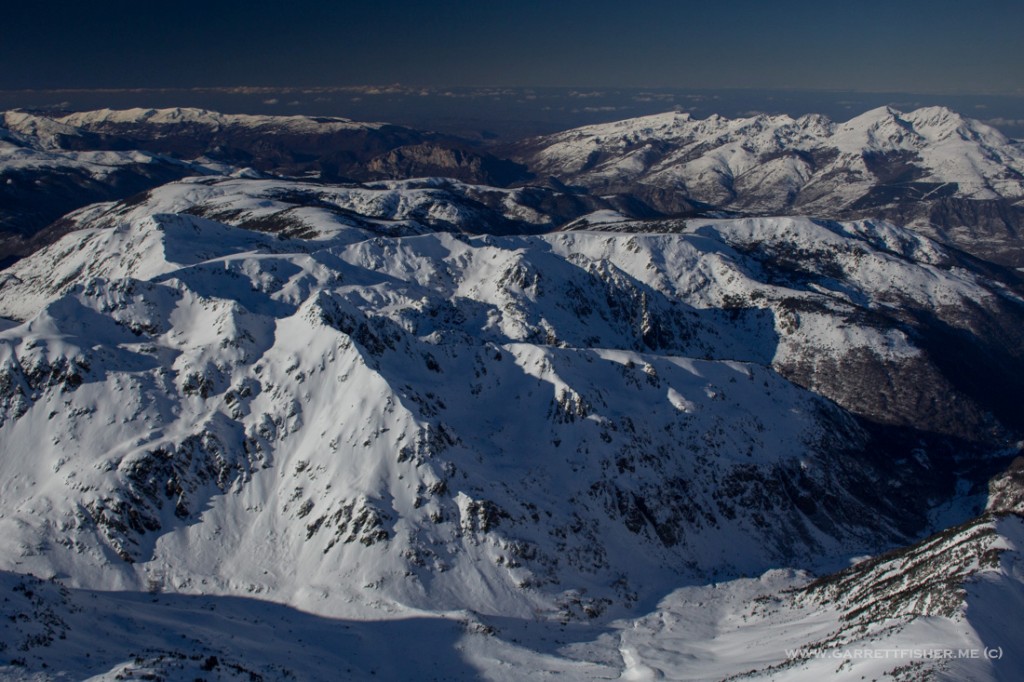 Rugged section I have been reluctant to fly over. Here we go…. 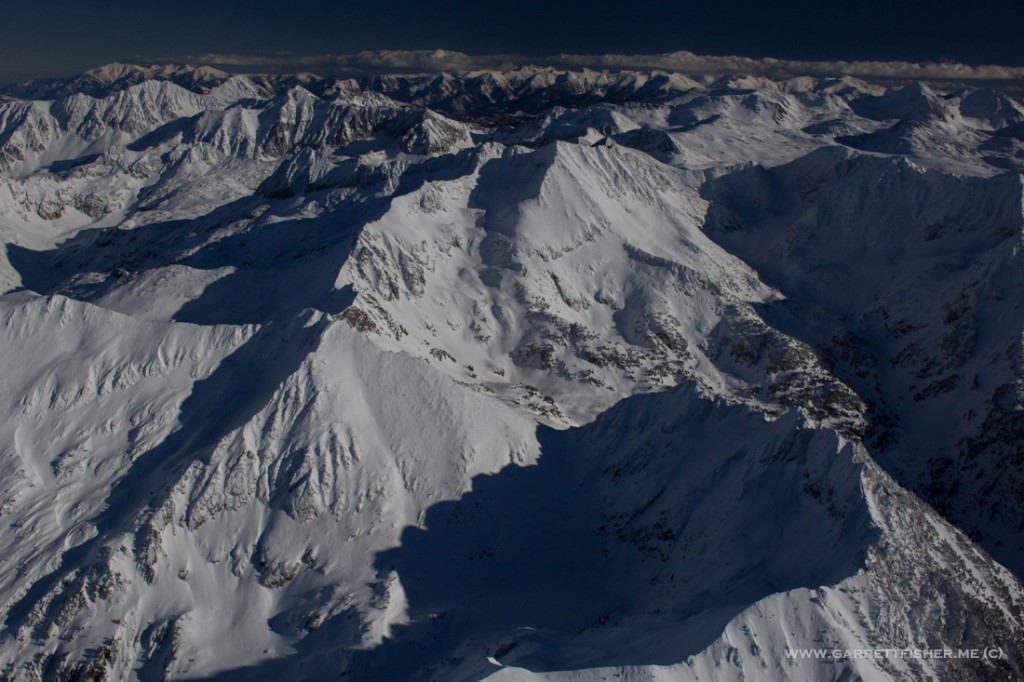 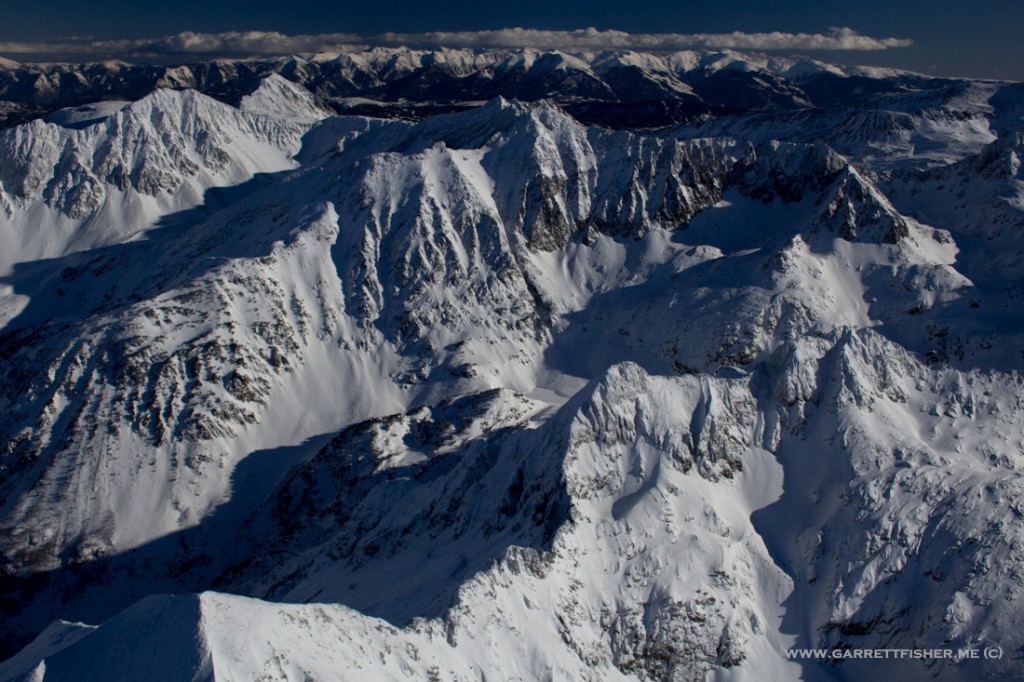 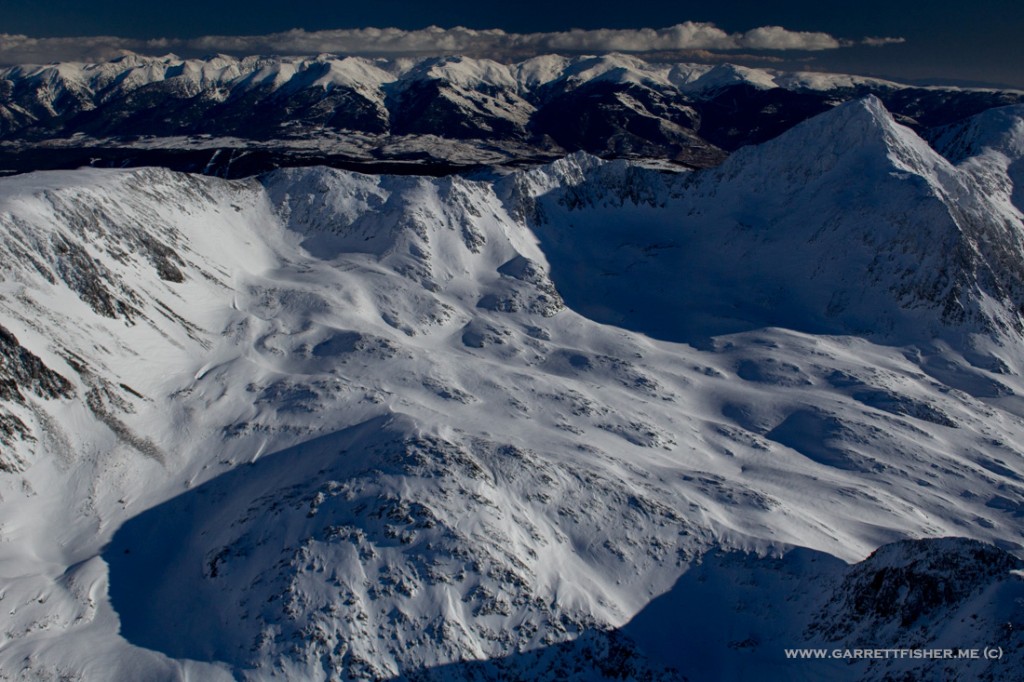 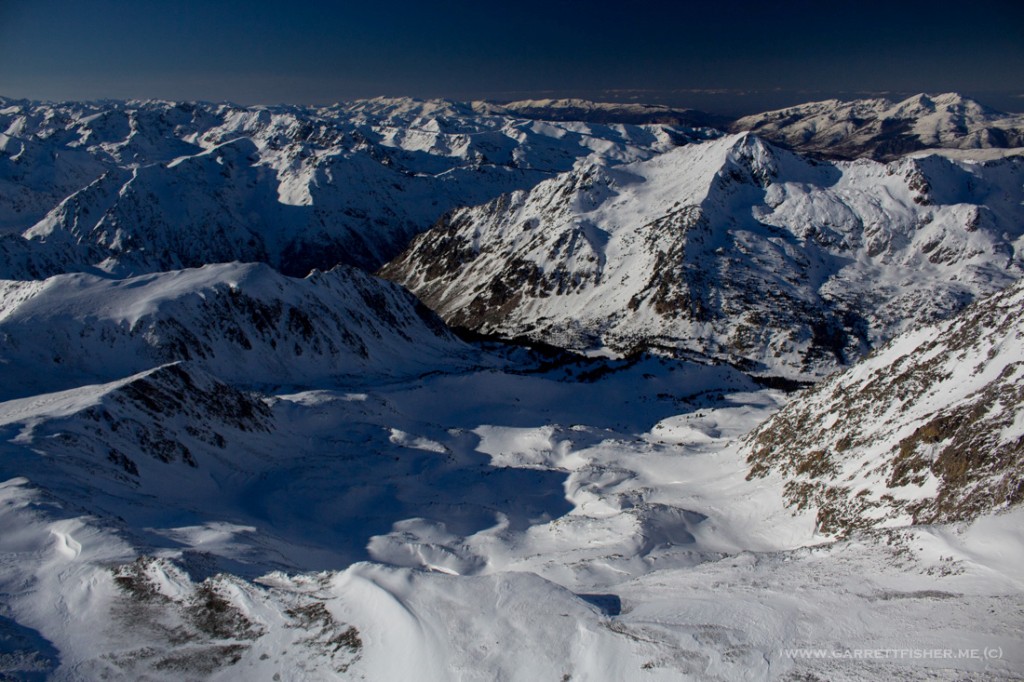 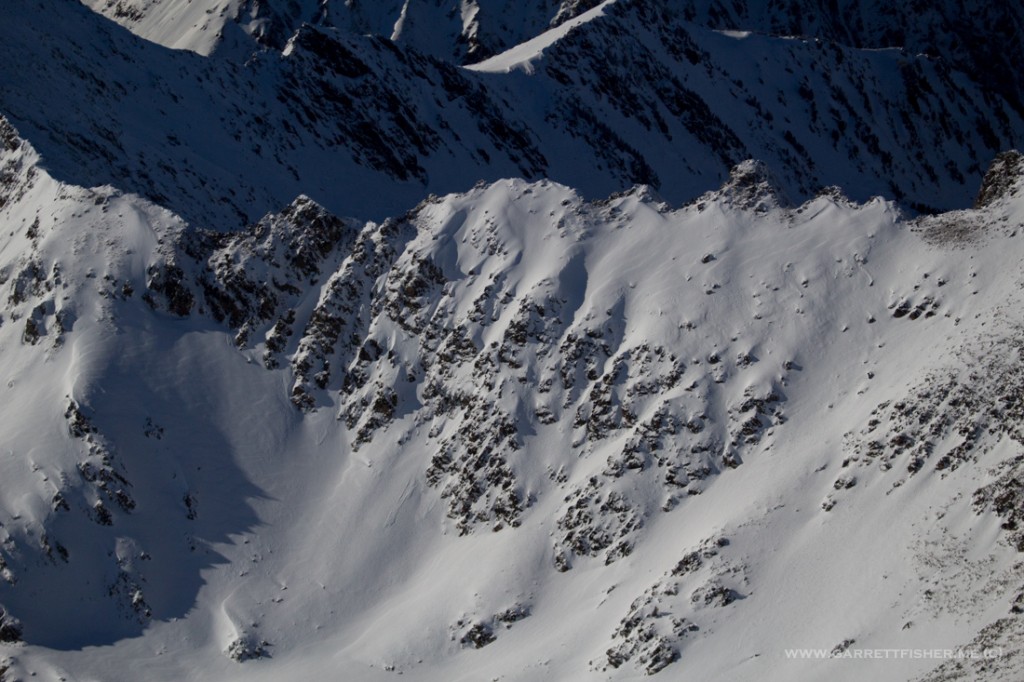 Back in Andorra. This image is practically pornographic. 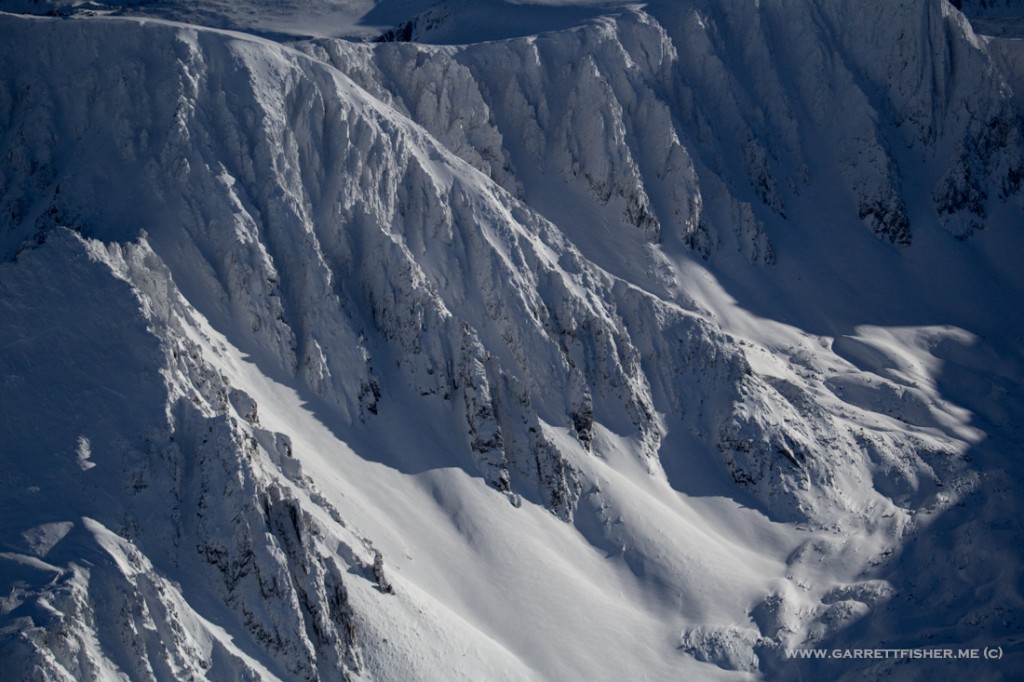 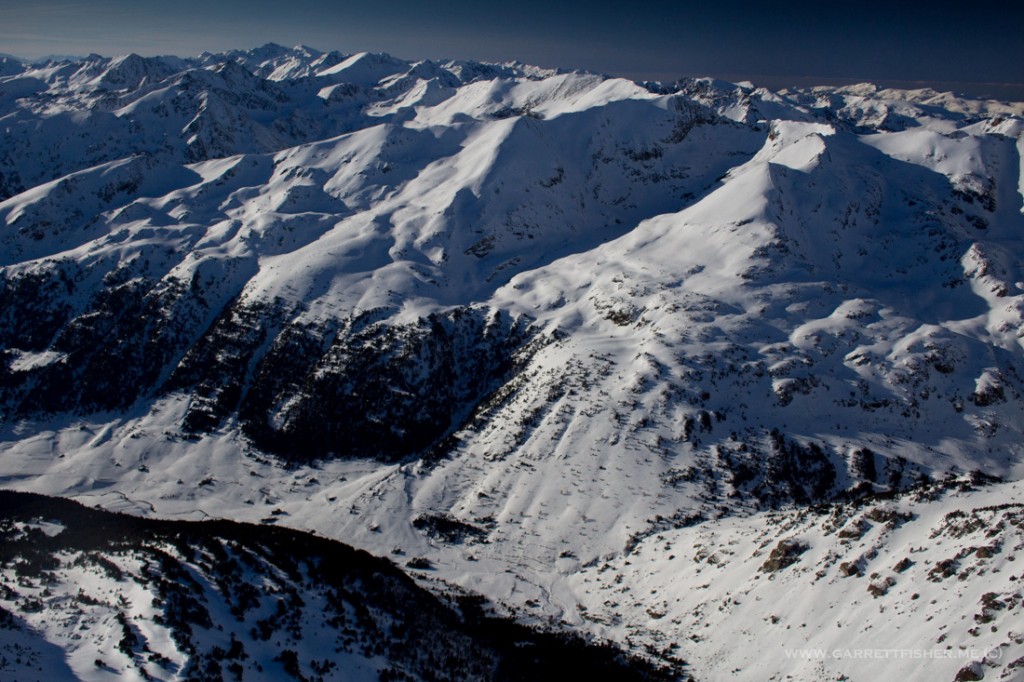 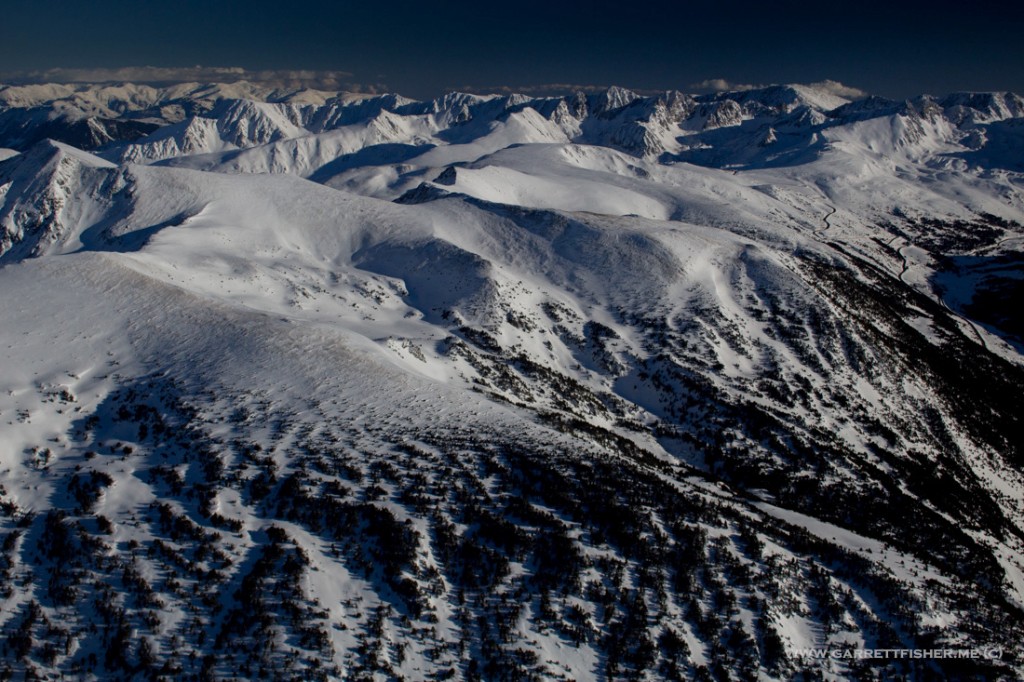 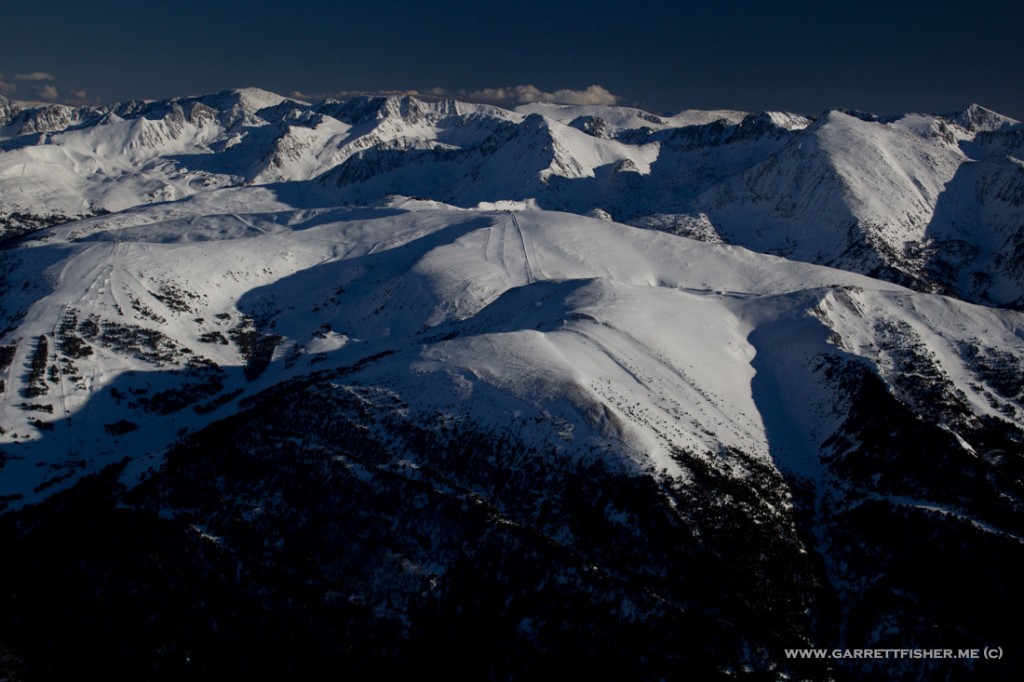 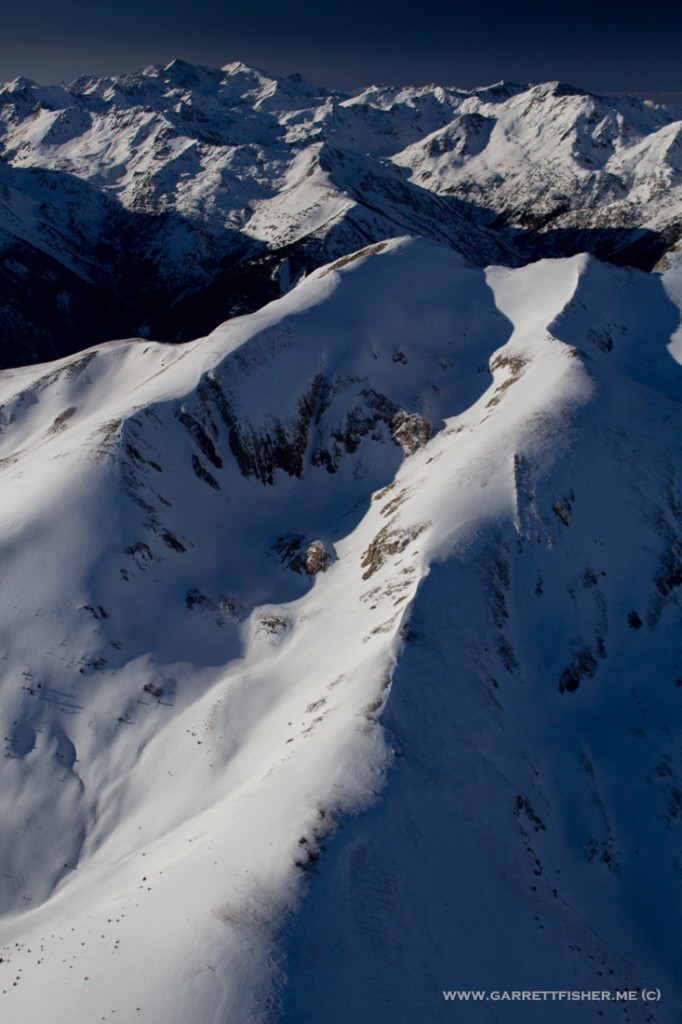 Crossing the border back into Spain. 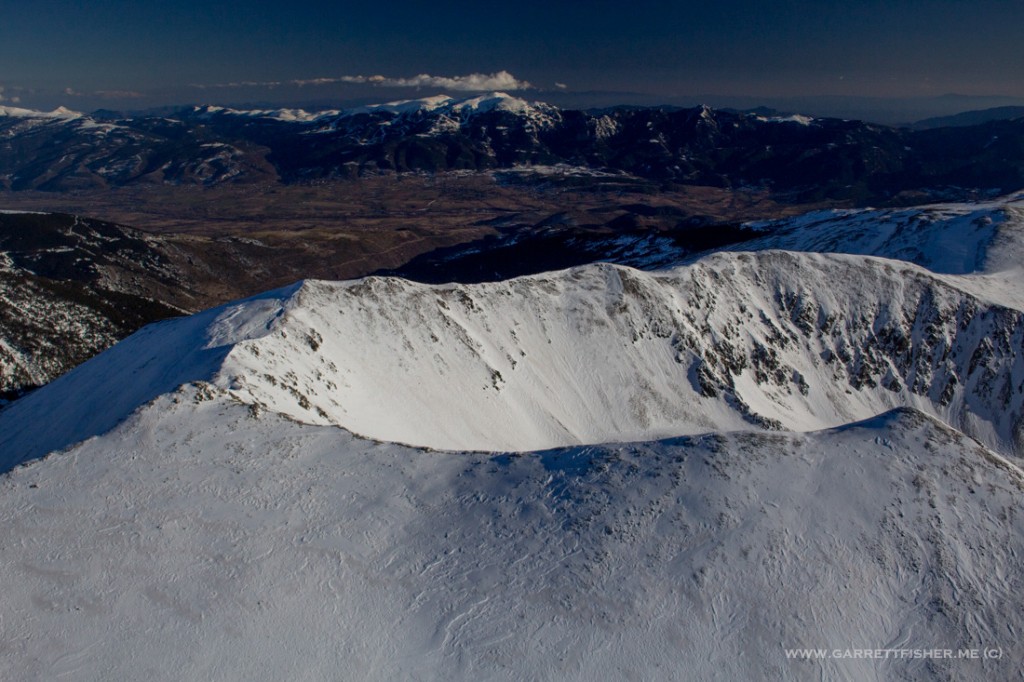 People seriously tear up the Pyrenees with backcountry skiing. I cannot believe the places people climb to. No matter how remote….there are usually some tracks going down it. 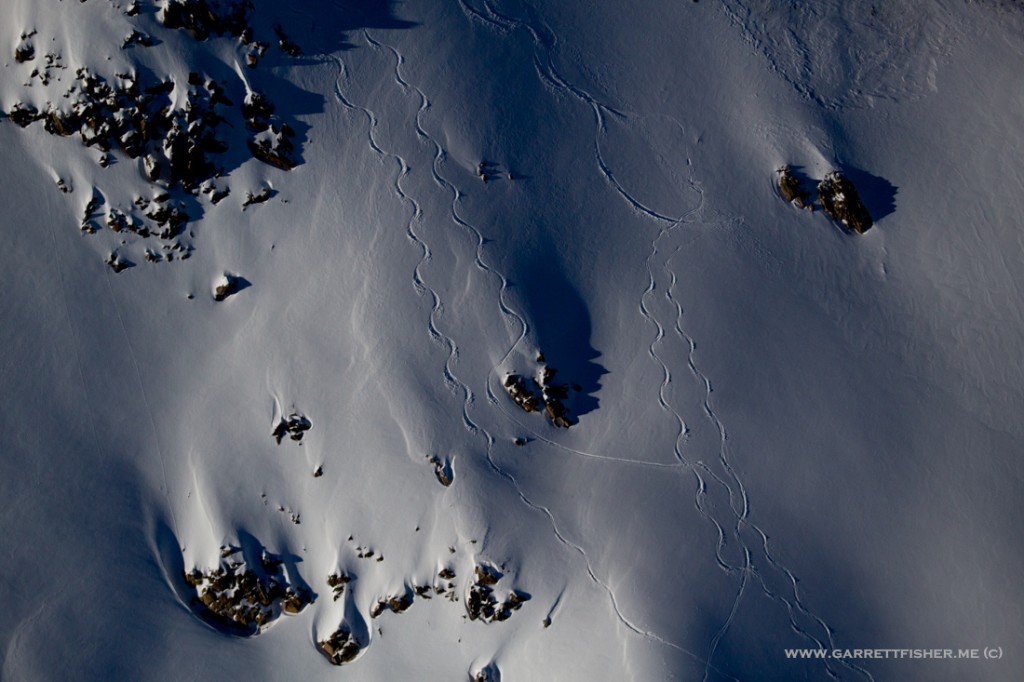 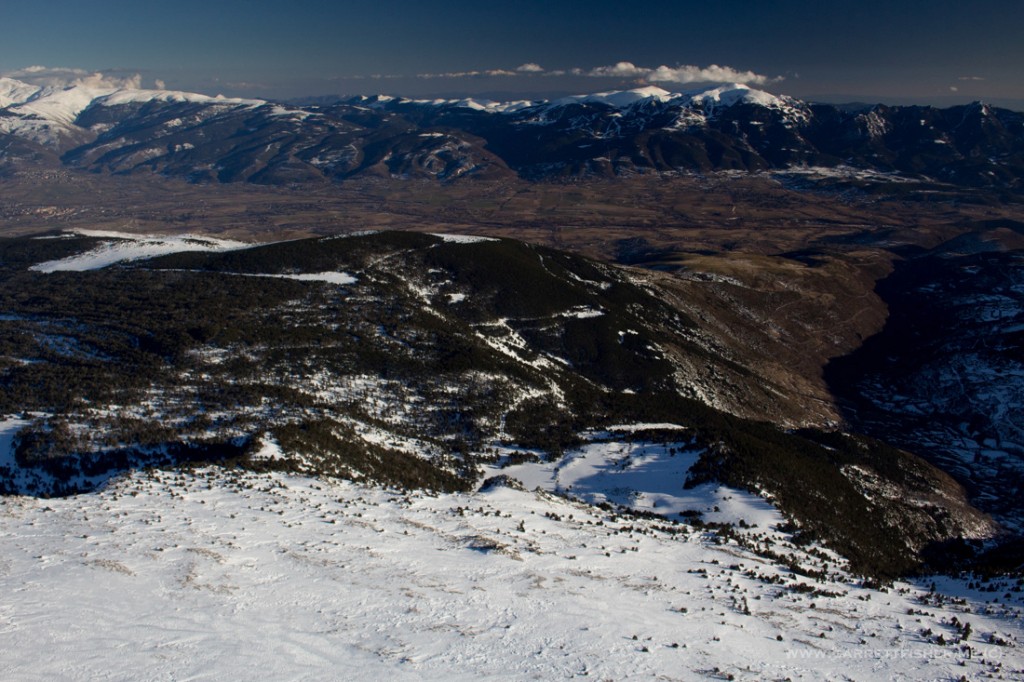 Where I descended from. 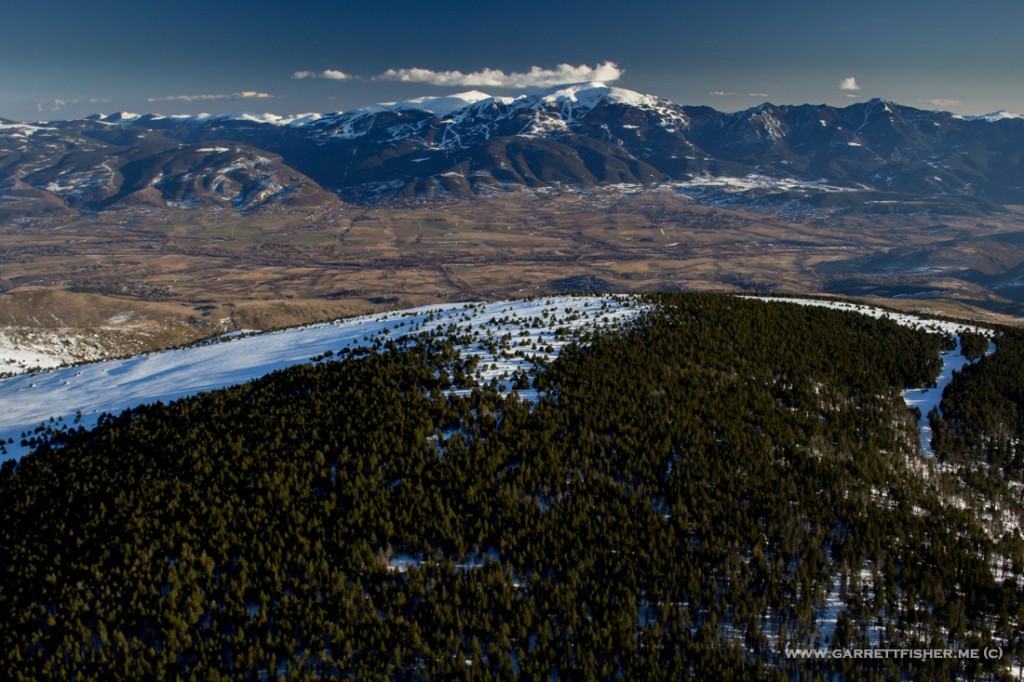