The day commenced with a glorious quantity of exuberance. I looked out the window as the sun rose upon Denmark, greeted with…. blue sky! Calculating time in route, coupled with the presumption that the weather would be good, and the result meant the I just might be able to make it to Switzerland by nightfall. Finally, after approaching two weeks of wandering aimlessly around Northern Europe to acquire this airplane, the chapter might finally be coming to a close.

The flight to Germany was the longest stretch over water, at 12 miles. The coast was just a few miles from the airport, so by the time I got to 2000 feet, I was at the shoreline. Clouds prevented climbing higher, unless I was willing to circle to get over a second layer, so I decided to make a go of it, with the reality that, if the fan quit, I’d be getting wet.

Ten minutes later, I crossed into the Fatherland.

While I would like to say that it has been five years since I flew there, that would not be technically correct. I photographed Germany’s remaining five glaciers over the summer, crossing from Austria to snap a few photographs, before getting the hell out. I think I spent a combined total of 25 minutes in German airspace, not having spoken to any controllers or otherwise interacted with the German system. I did, however, feel a slight sense of terror at the time.

After the saga to get to the Fatherland, I was not afraid of crossing the entire Bundesrepublik from north to south. If things went as planned, then I would only make one landing in the Fatherland anyway.

At this juncture, I would like to specify what I said to my wife, before I boarded a flight to Oslo to check out the prospective aircraft: “The problem is going to be terrible weather in Norway, fog near the coasts, short days, clouds over the hills north of Frankfurt, and fog down the Rhine. I will probably have to head to the Ruhr, then fly southeast up the Rhine valley to pull it off.” My wife, ever the cheery optimist that she is (why she married me is a case study in the attraction of opposites, even if fatally so), said: “I don’t think that will happen. It will probably be fine.”

As I flew over flat farmland in northern Deutschland, a lower cloud layer kept getting thicker. It then turned to overcast below, with clouds above, that were thickening. There were IFR reports in the hills north of Frankfurt, but VFR down in the European banking capital, so my goal was to do the VFR on top thing for 100 miles (you only live once, even if for a shorter lifespan by doing stupid things) and get it over with.

Mile after mile of ominous clouds passed below, which had rising tops. Eventually, as I approached Hannover, the gig was up. Both cloud layers were merging in front of me into an impenetrable wall of solid IMC. I notified flight service, just before the handoff to Hannover controllers, that I needed to divert. “Where is your intended destination?” “Somewhere with VFR weather.” “How much fuel do you have?” “Two and a half hours.” “We will call around and find a VFR airport.” Ten minutes later, Bremen was the only one (save for going back toward Denmark). For the next hour, I flew into strong headwinds, northwest, partially tracing backwards. No Switzerland tonight!

Bremen was a fun escapade in using my rusty German, to negotiate to find some oil, as well as watching weather forecasts. By the time that was all done 90 minutes later, observations came back VFR in the Ruhr, on the north side of the hills. At the very least, I could get closer and call it a night, being within a one-day range of the Swiss Confederation. This is how these things tend to pan out, in particular when one is crossing half of a continent in a poor time of year.

The flight to Dortmund was initially fine, then became a case of scud running in Class G, followed by marginal MVFR visibility, with rain showers. I pressed on, careful to avoid industrial stacks sticking up into the low clouds. Eventually, northeast of Köln, I came across another wall of IFR, so I wedged straight to the west where, once I crossed the Rhine, things became normal again. Then I pointed the nose to the southeast to fly down the Rhine to the rolling vineyards of the Rhineland-Palatinate.

It worked out, as the strong low pressure that had formed on the other side of the Iron Curtain in the German Democratic Republic was working its way to the Polish People’s Republic, taking the precipitation with it. It was IFR on the left of the Rhine, but VFR to the right, where I made my transit.

After departing the hills, I aimed for Mannheim, a well serviced airfield near the city center, which meant a place to eat, abundant hotels, and no question about German language certifications or operating hours. The people in Mannheim seemed oddly almost “relaxed,” which is a paradoxical assumption, given what I thought of the area five years ago.

For newcomers to the blog, I first moved to the Fatherland directly from the US in 2016, with the PA-11. It was stationed not far to the north, so the area was an immersion into something that was ironically “familiar.” If one has a functioning memory, then he or she would be well aware of my venomous snarling years ago as I ran into a series of seemingly impenetrable aviation rules. It was, needless to say, entirely odd to land at Mannheim, after having crossed most of the country in one day in bad weather and consider anything about it “normal” or “relaxed.” More to come on this subject.

The coast of Denmark before the crossing. The world’s longest immersed tunnel is under construction here. 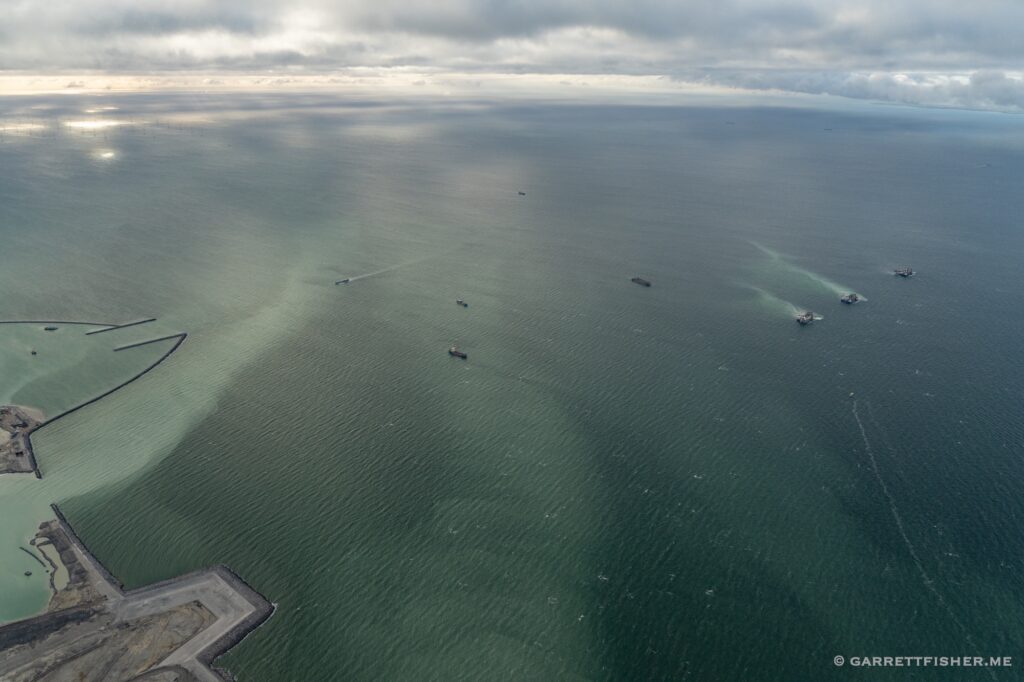 Trying not to think about the fact that I am flying a single engine aircraft. 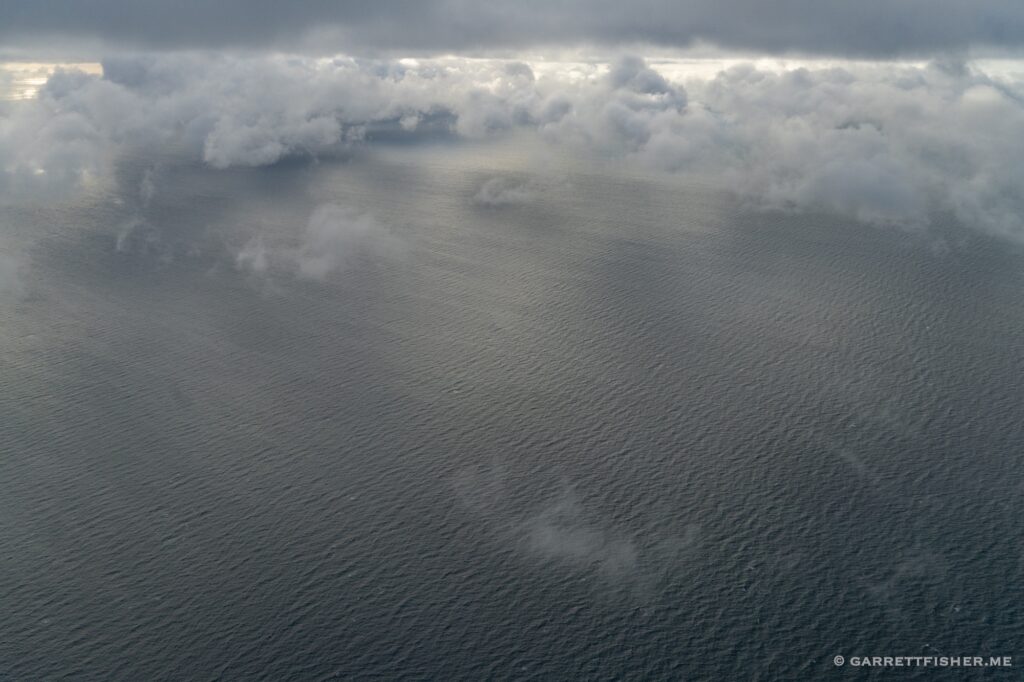 The Fatherland! Über Deutschland, which is über alles. 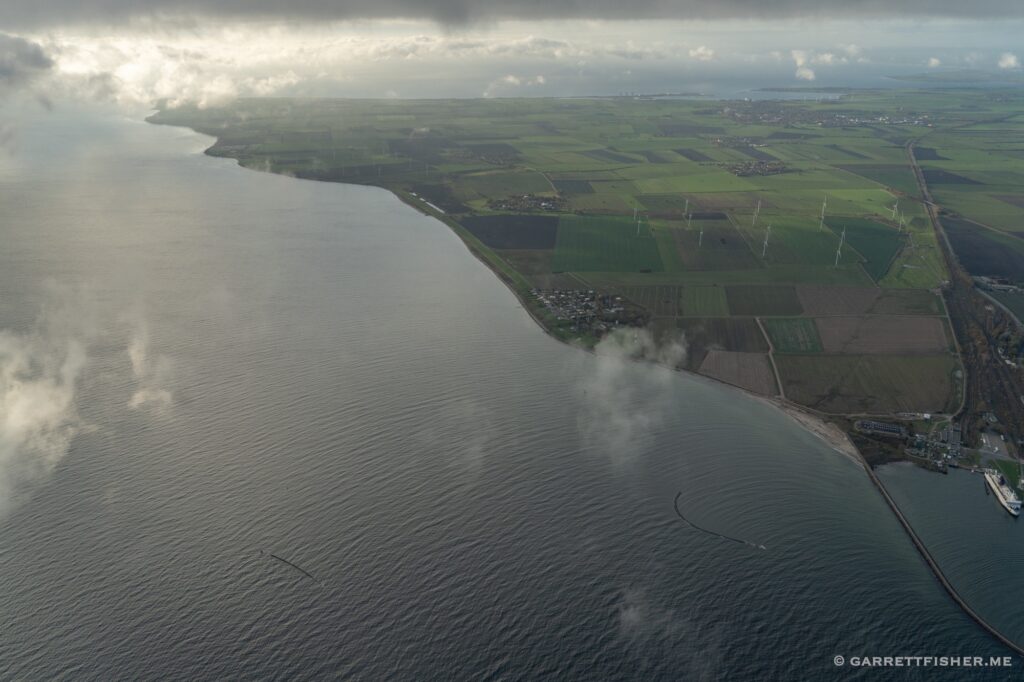 Either God is blessing my flight….or it is a curious interplay between German industrial pollutants and morning sun. 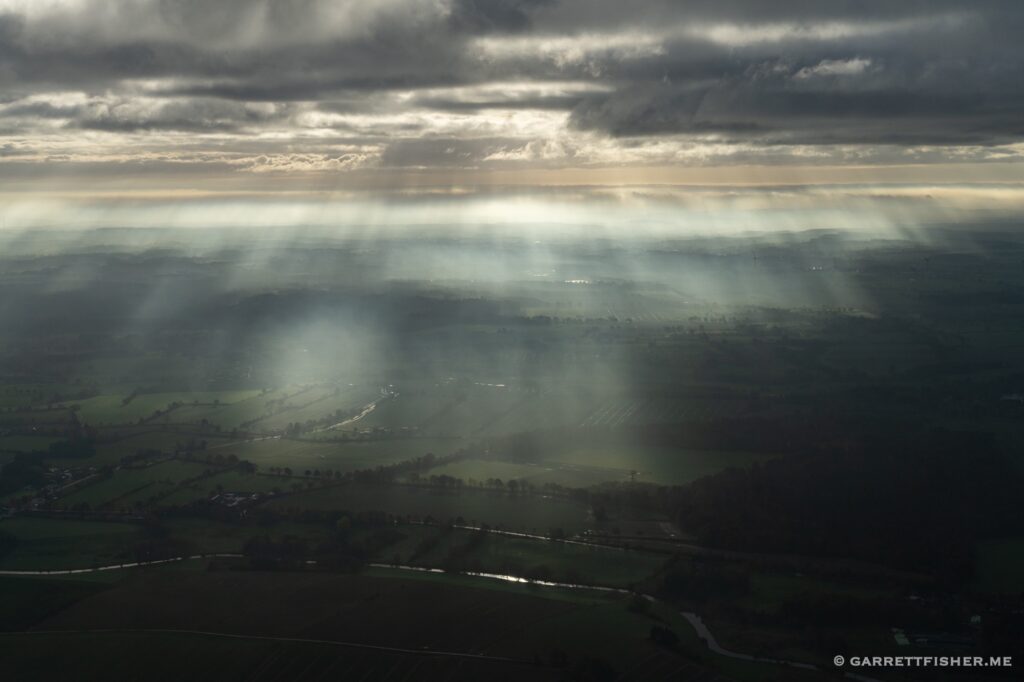 The beginnings of VFR on top. It only got worse. 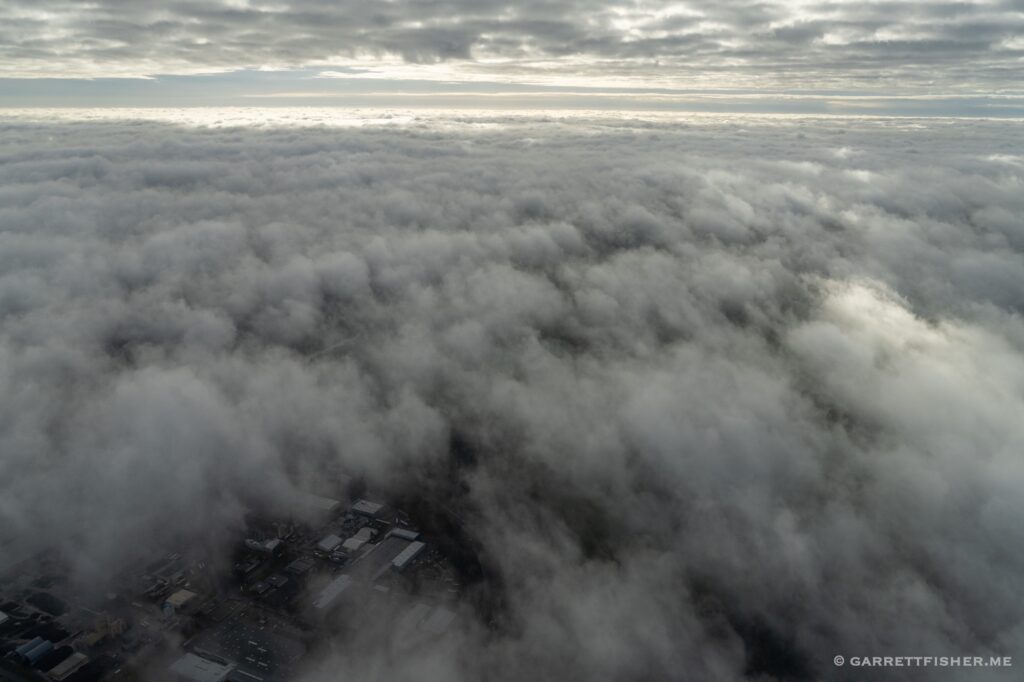 Aller River, after having ungefickt the situation. I do not take photographs when I am doing dumb things. Extrapolate both cloud layers into something more “comprehensive” and you’ll get the idea. 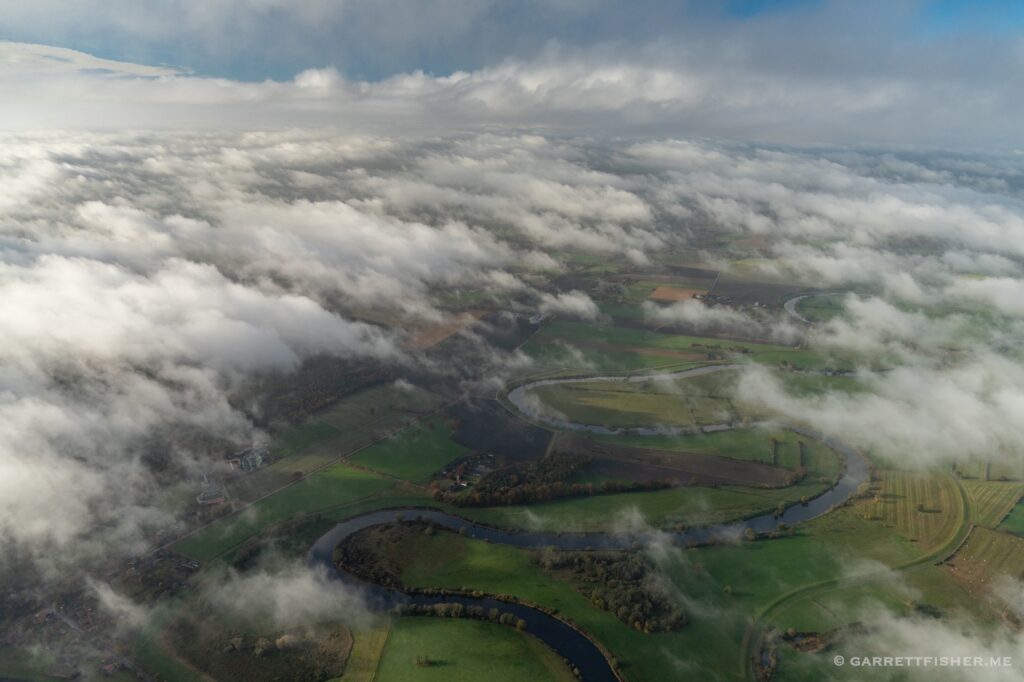 German countryside, as I am flying north, away from my intended destination. 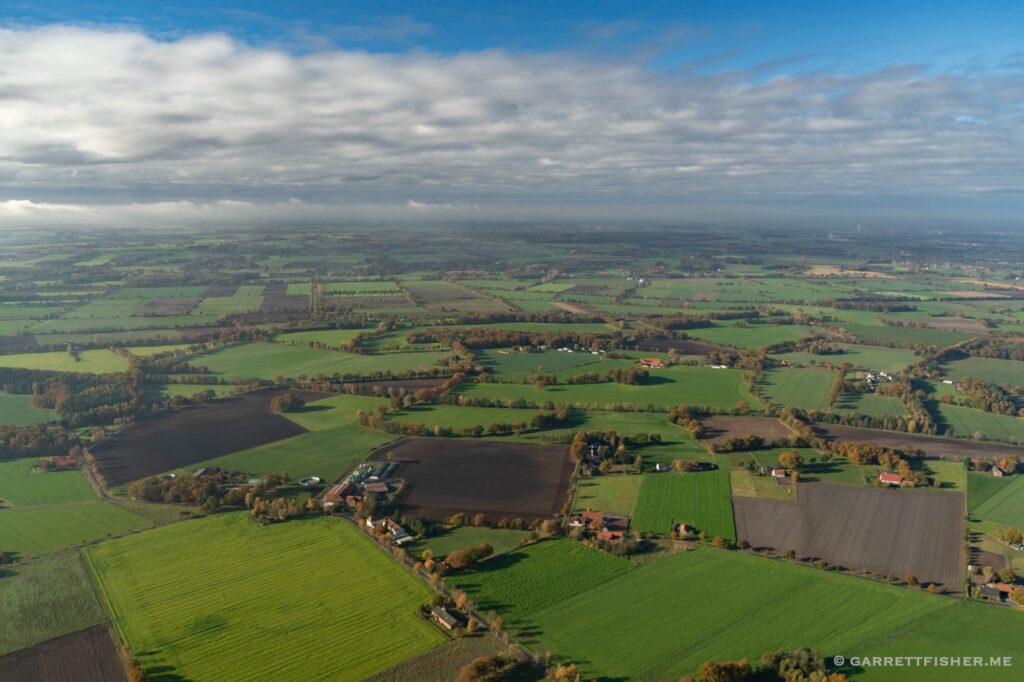 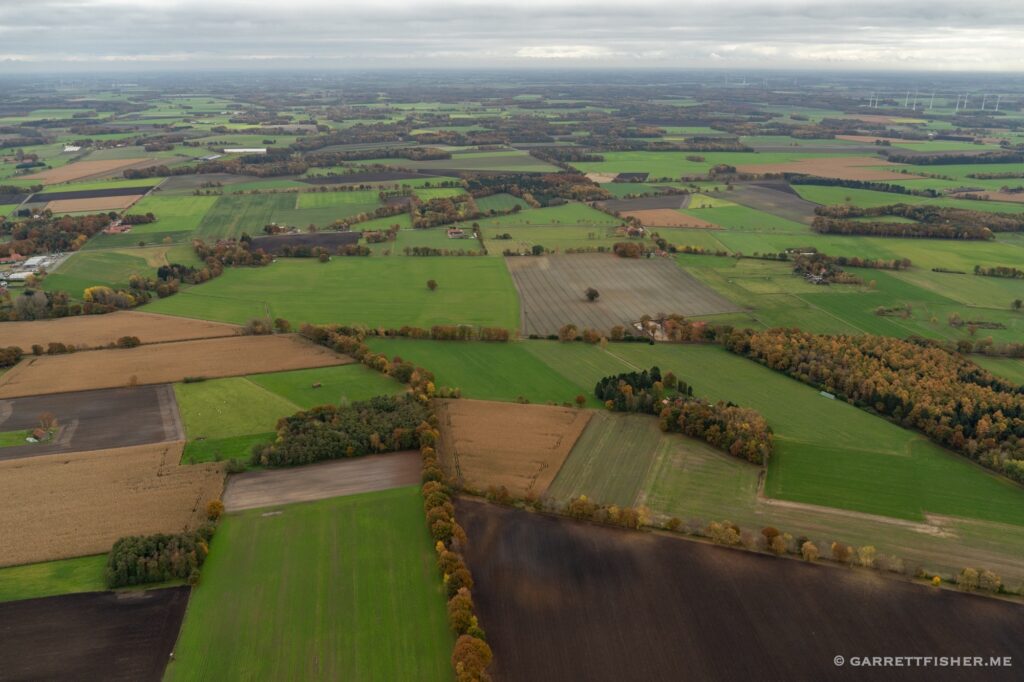 Crossing the Rhine to the west, out of the soup in the hills (again). Der Ausländer ist augenscheinlich blöd. 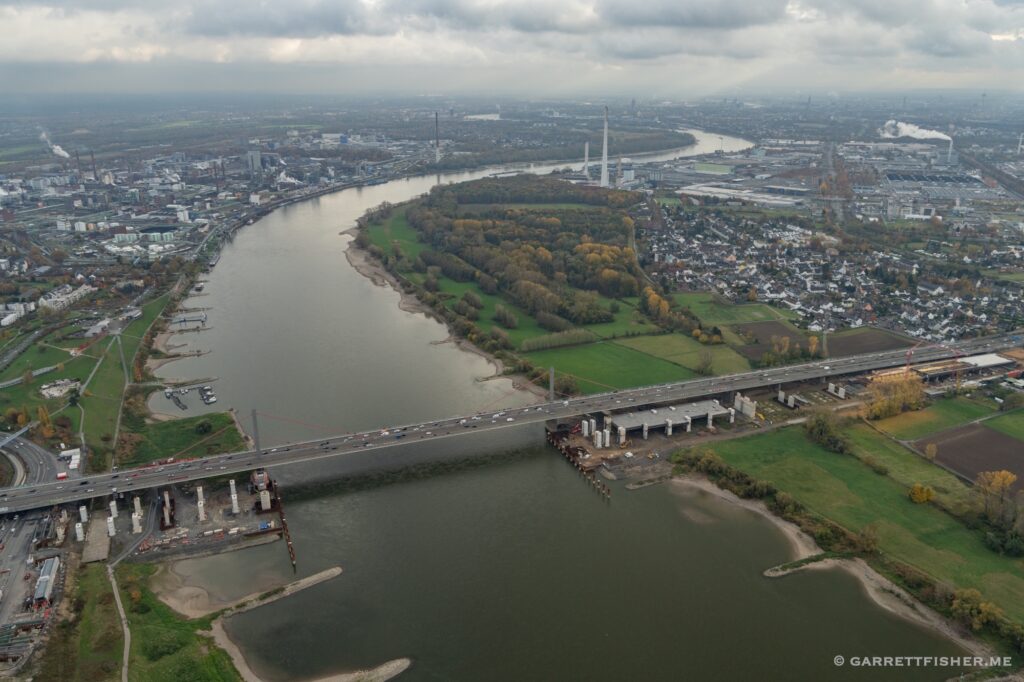 Germany: a land of nature lovers and a global leader in environmentally friendly initiatives. I think I will sell this print as limited edition fine art. 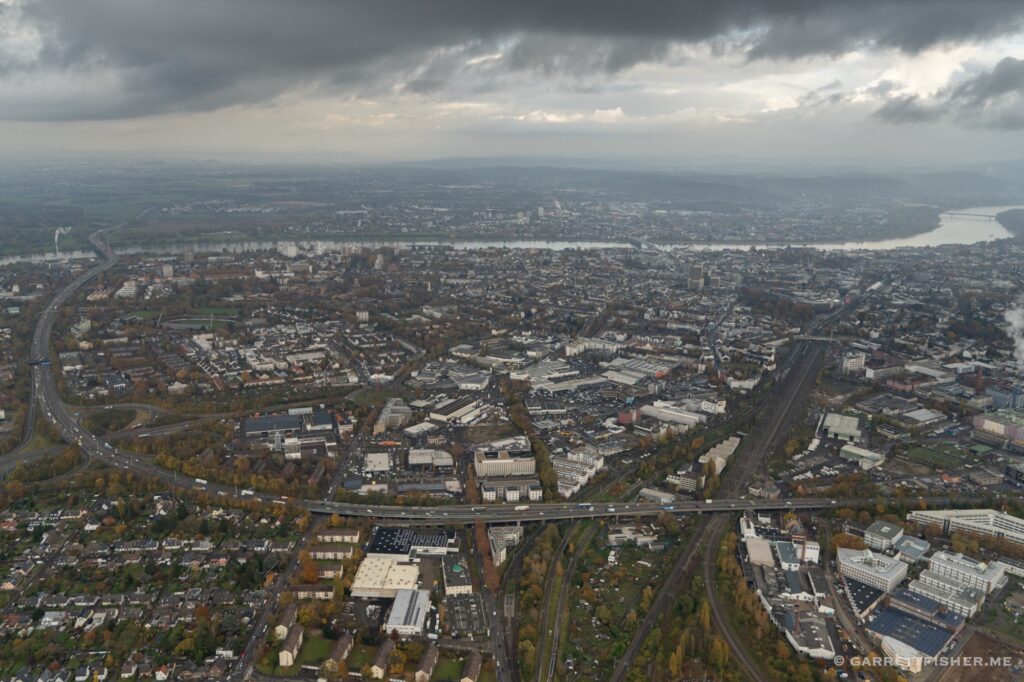 Pennsylvania. South of the Ruhr. It quickly transitions from a post-apocalyptic industrial hellscape to rolling hills. 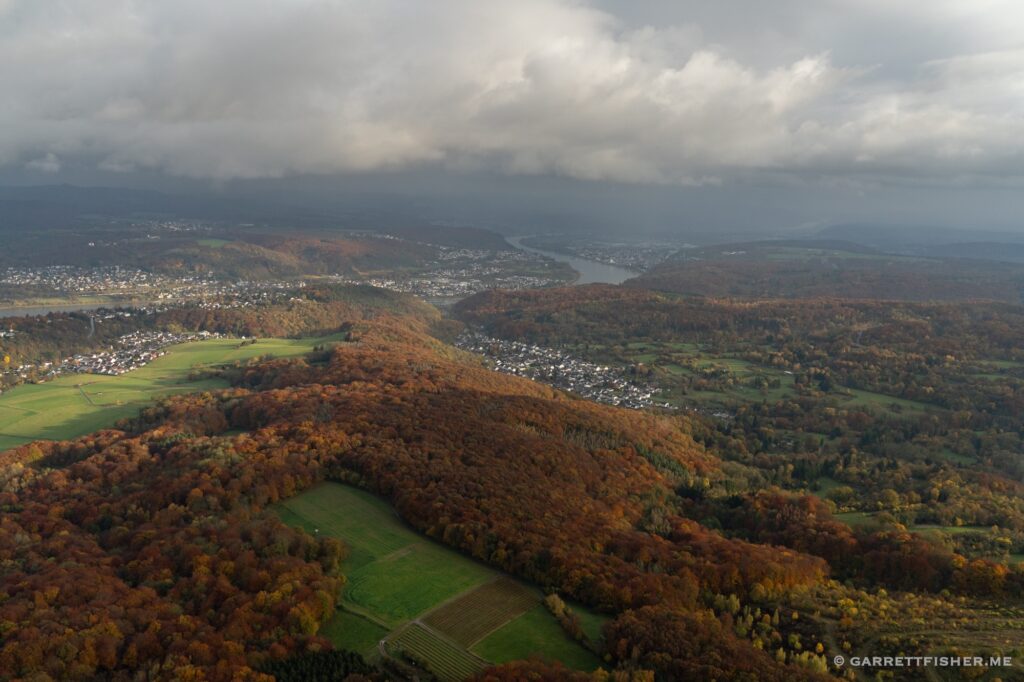 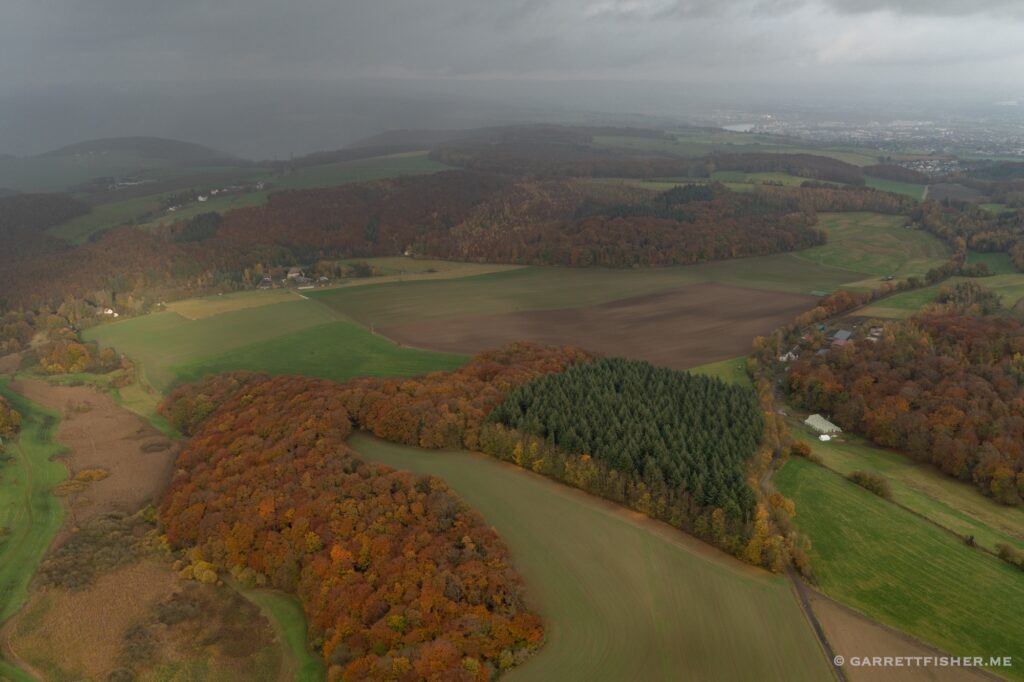 Autumnal vineyards along the Rhine. 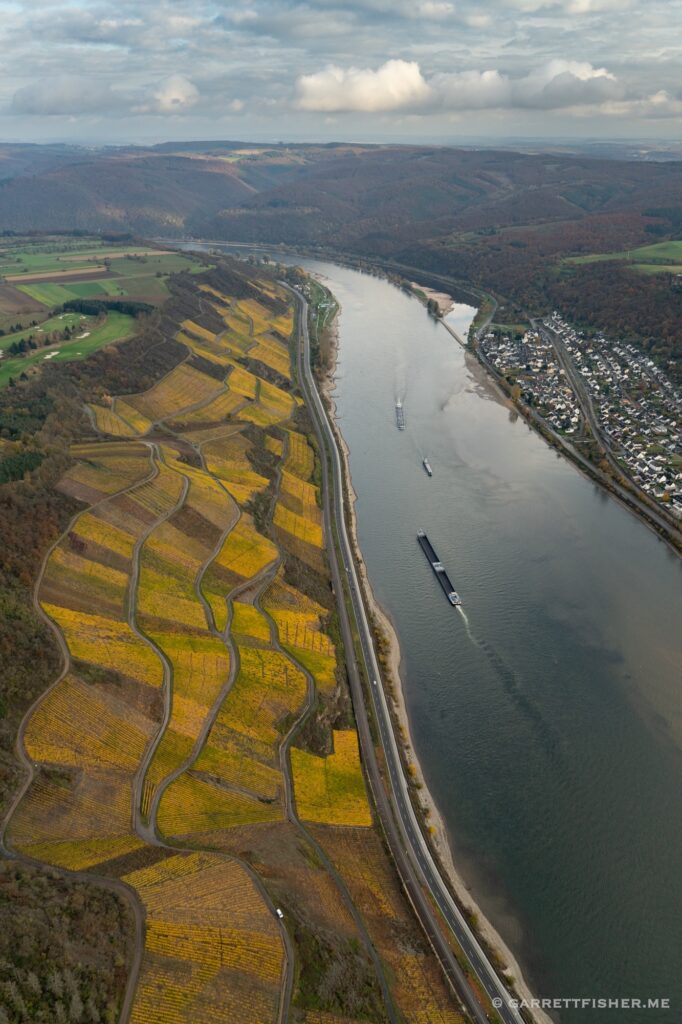 After overflying the Ruhr, I was brought to the brink of orgasm by this scene. 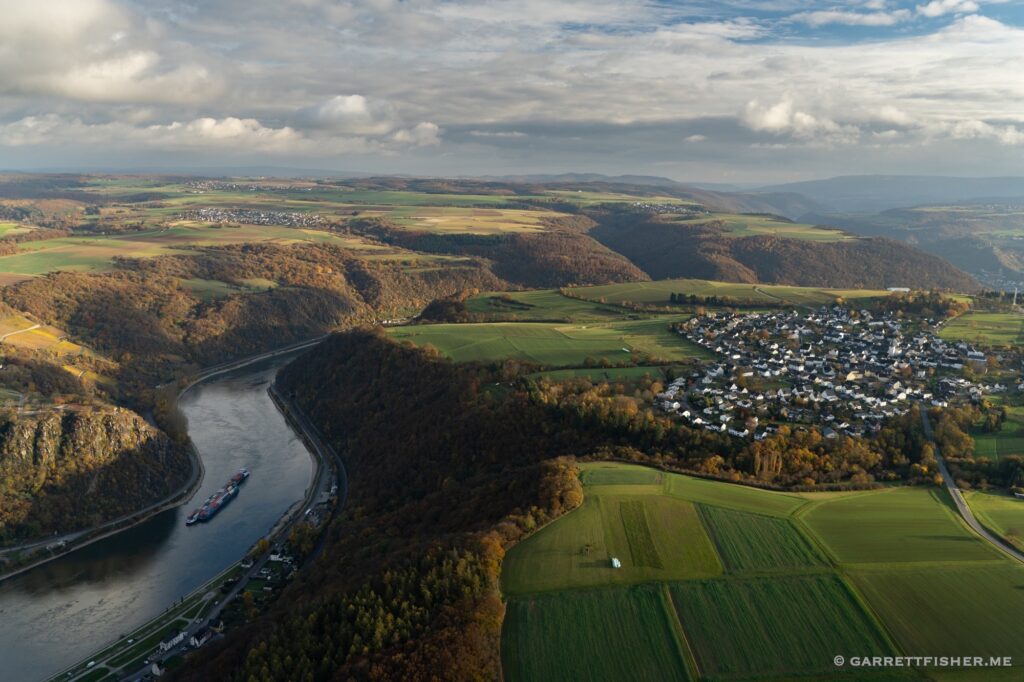 Leaving the Rhine hills to the open farmlands near Frankfurt. This is familiar territory from my enigmatic decision in 2016 to move here. 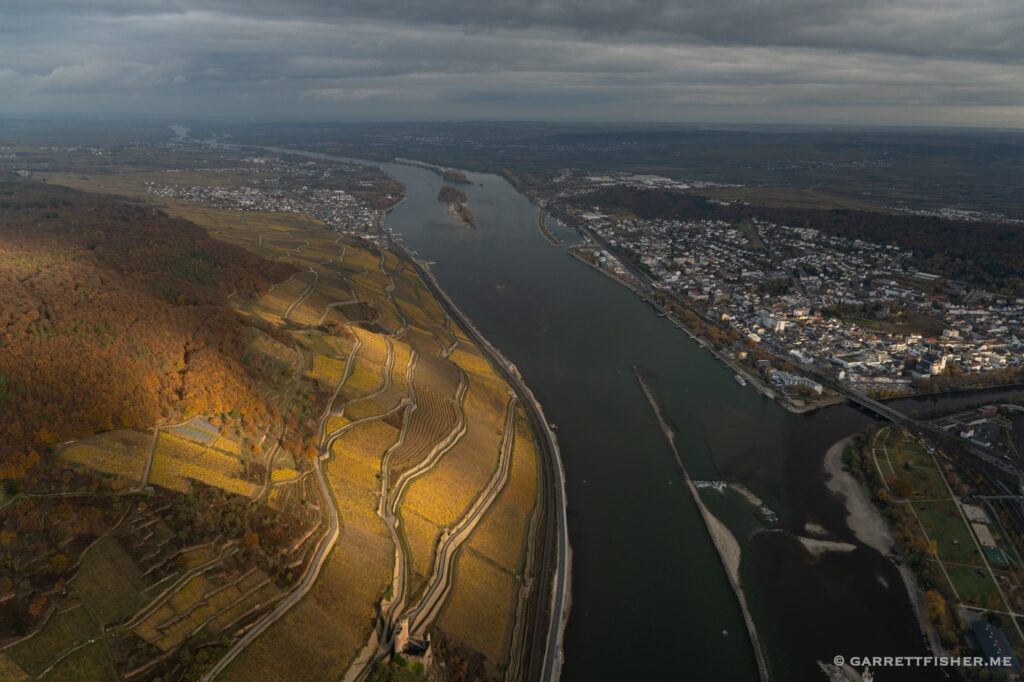 This area was a highlight to fly around five years ago. It seems unlike something one would expect in the Fatherland. 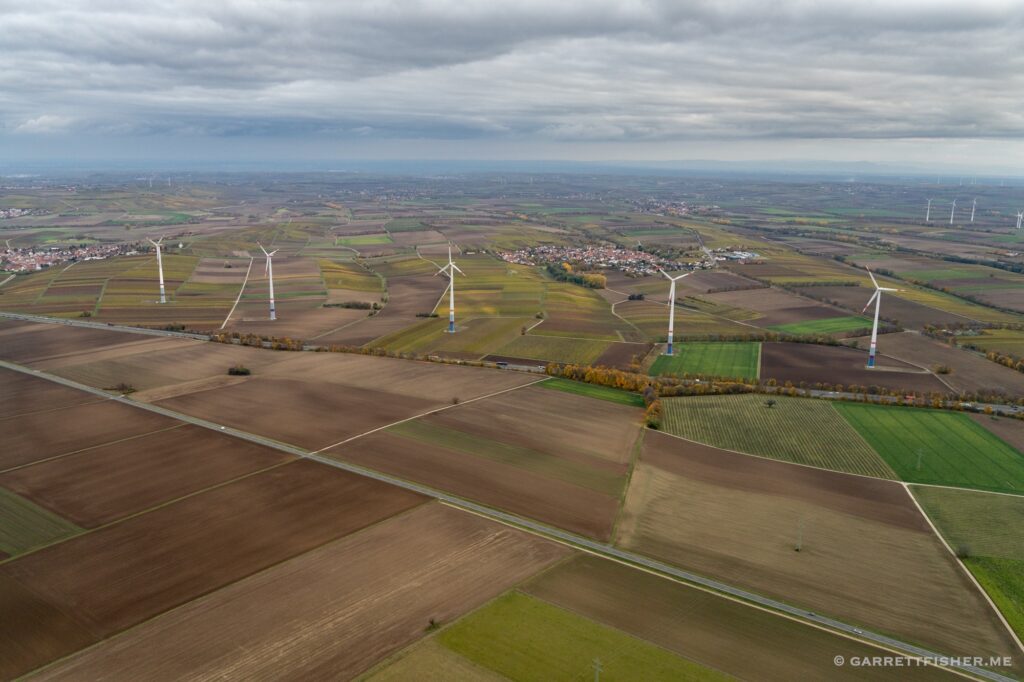 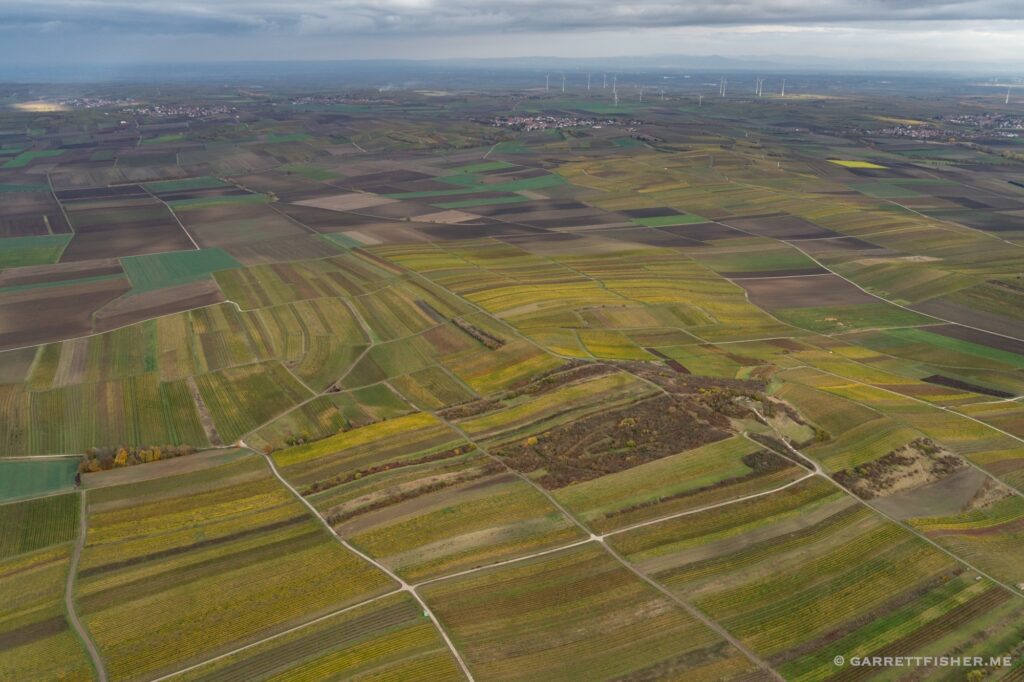 Crossing the Rhine again, just before entering the Mannheim CTR. The view on the other side of the aircraft is similar to the Ruhr. 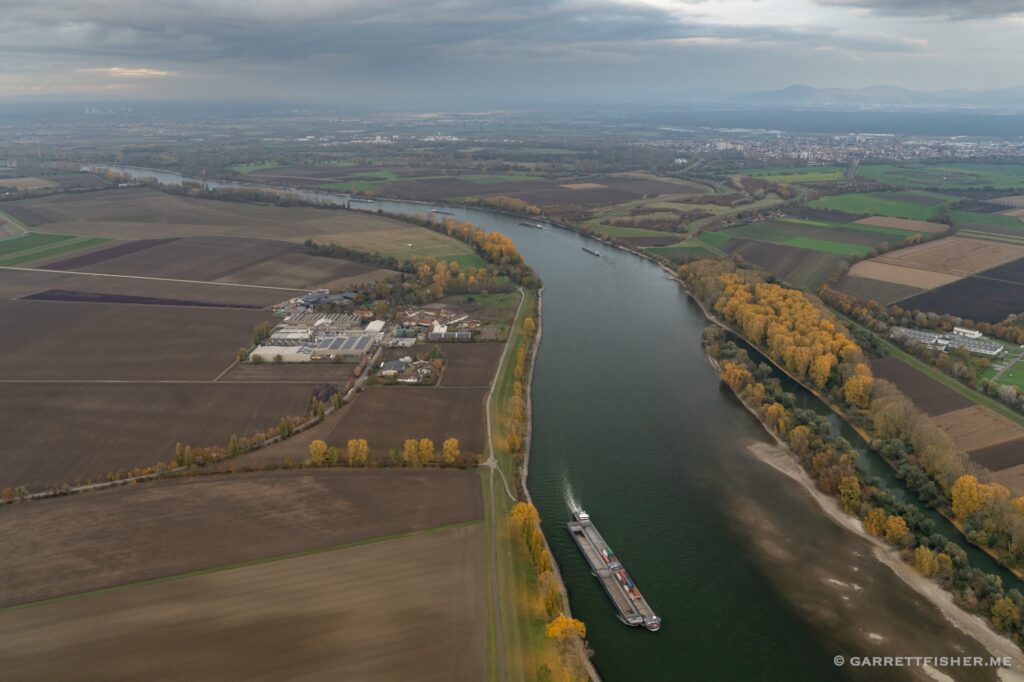