Day three was something of a relief, as the longest stretch was now behind me, as were the interior sections of Europe. I was now on the coast, with cold temperatures and sunny skies, albeit a near permanent headwind, which had a way of adjusting to be straight on the nose as flight paths changed.

I was staying in the hangar in Texel, where a kind Super Cub pilot, who runs a maritime aerial photography operation, offered lodging. We have much in common with our aircraft and methods, though he likes to fly over the ocean, of which I am afraid, and I like to fly over mountains, of which he is afraid. It is amusing to listen to both of us convince the other one that our choices are perfectly safe, and that the other option is the dangerous one.

Anyhow, the day began with a planned formation flight from Texel to Ameland, a short 30-minute flight. While we snapped some photographs, I came away questioning the laws of physics, as his 108 hp Super Cub seemed to be just as fast as my 150hp Super Cub. That reminded me of the last air-to-air with a 65hp J-3 in Portugal, while I was in my 100 hp PA-11. I struggled to keep up then, as I did now. I would suspect that the error in the Standard Model of Physics lies in the fact that I like to fly at low RPMs in both aircraft. Anything above 2100/2200 is just so heinously noisy….so I have a bigger engine that I refuse to rev up…if that makes any sense.

After Ameland, I continued east along the barrier islands of the Dutch and then German coasts. It reminded me of the Outer Banks of North Carolina. In fact, it is the place that looks the most like the OBX that I have found since leaving them, other than the Faro Delta in Portugal, though that is not comprehensively enough of a similarity.

The Dutch and German coasts have various nature preserves, so I found myself at 1,500 to 2,000 feet, depending on the rules. That made for less of an explosively artistic experience, though it did make for a pleasant flight. As the islands came to an end, I crossed the bay where the water heads toward Hamburg, testing my displeasure with overwater flight. Eventually, I reunited with the German mainland and continued to the northeast.

While most of Schleswig-Holstein is rather plain (whilst literally being….a plain), things started to get interesting as I approached Denmark. Lakes showed up and rapeseed fields (what a name) burst in yellow color. That matched improving lighting conditions and had an otherworldly experience, one that only got more powerful as the ocean became a backdrop.

Germany gave way to Denmark as I crossed the strait, 12 miles over water, in the opposite direction as in early November 2021, when I was ferrying the aircraft south. I decided to land at Lolland Falster again, for the basic reason that it was easy and I could get fuel, which worked out fine.

My last leg for the night also repeated my November adventures. It was to the northeast, east of Roskilde, west of Copenhagen, over the Oresund Strait, and into Sweden, where I flew north along the coast to Halmstad for the night, landing just in time before the peculiar closing time of 7:35PM.

Day three…sunny on the Dutch Coast. 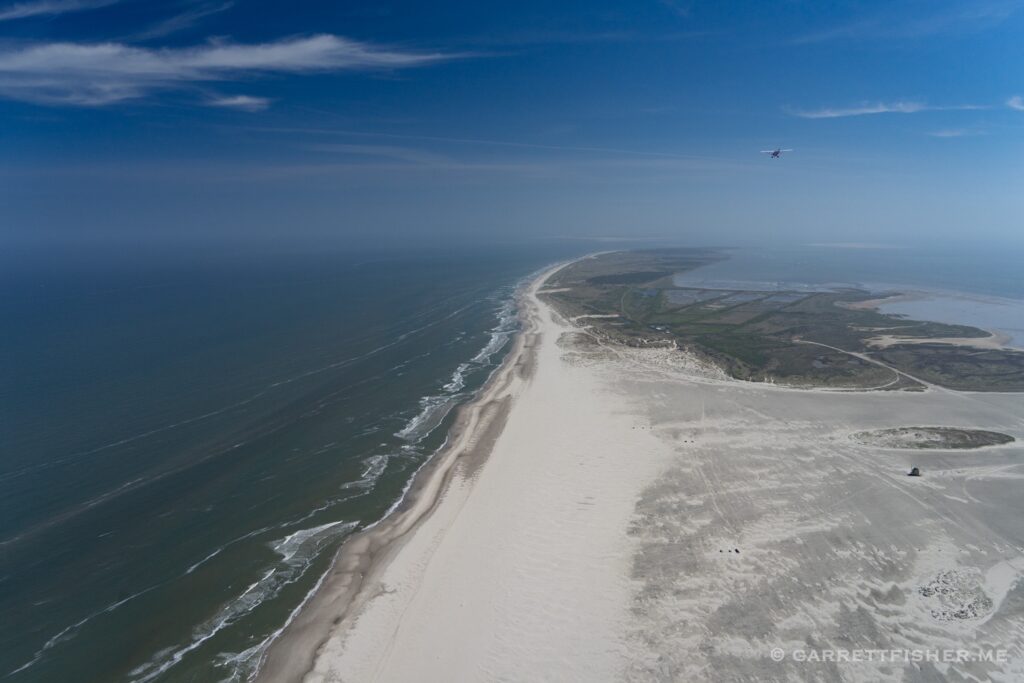 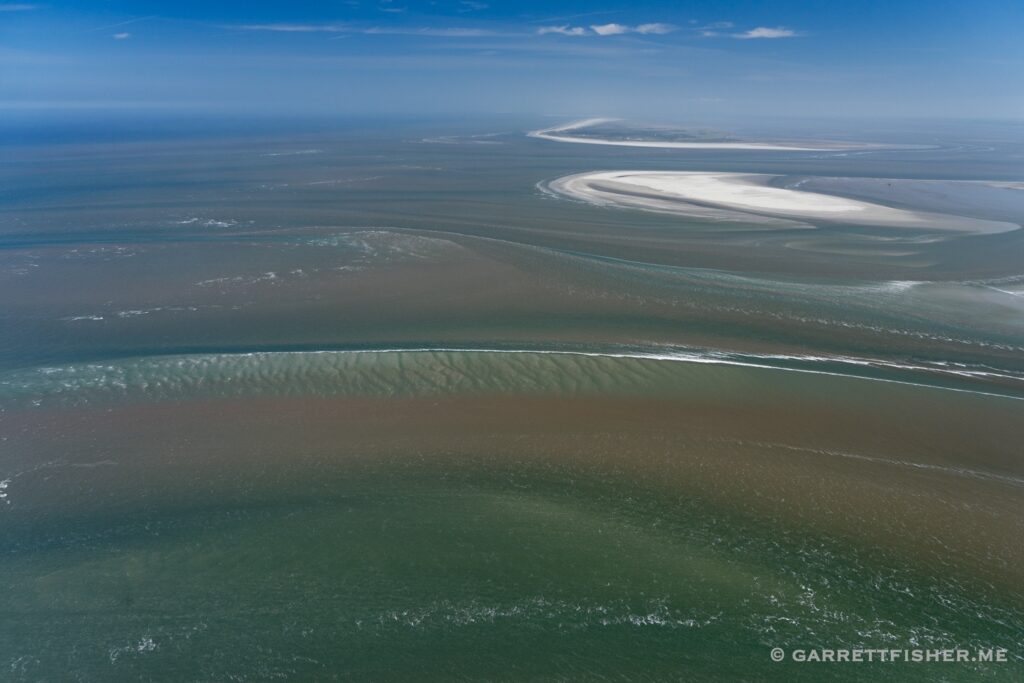 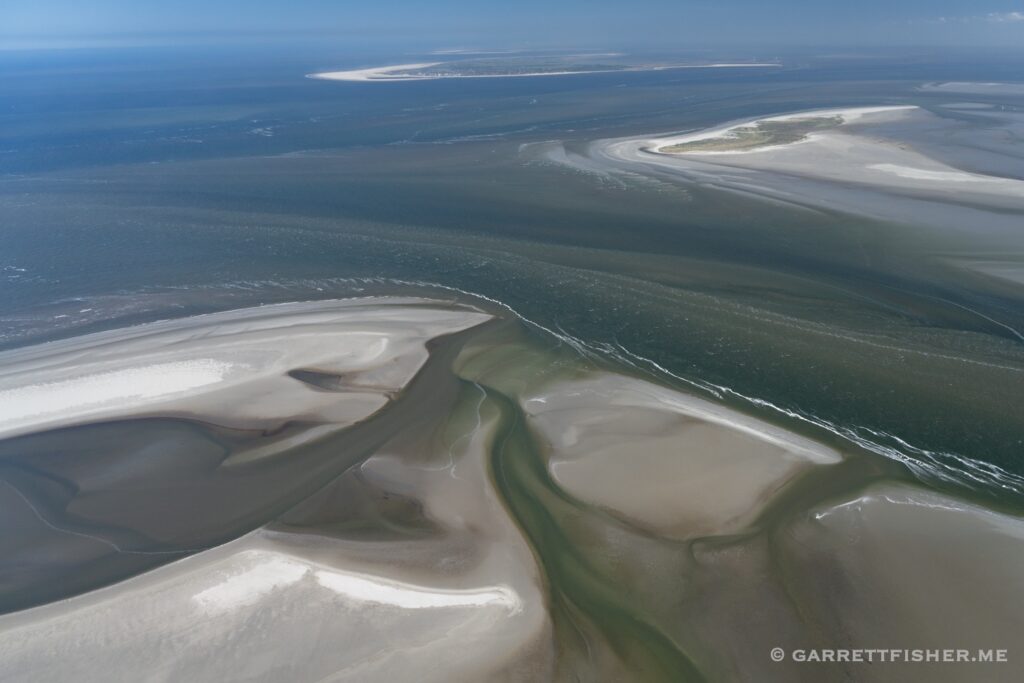 Crossing into the Fatherland. Borkum. 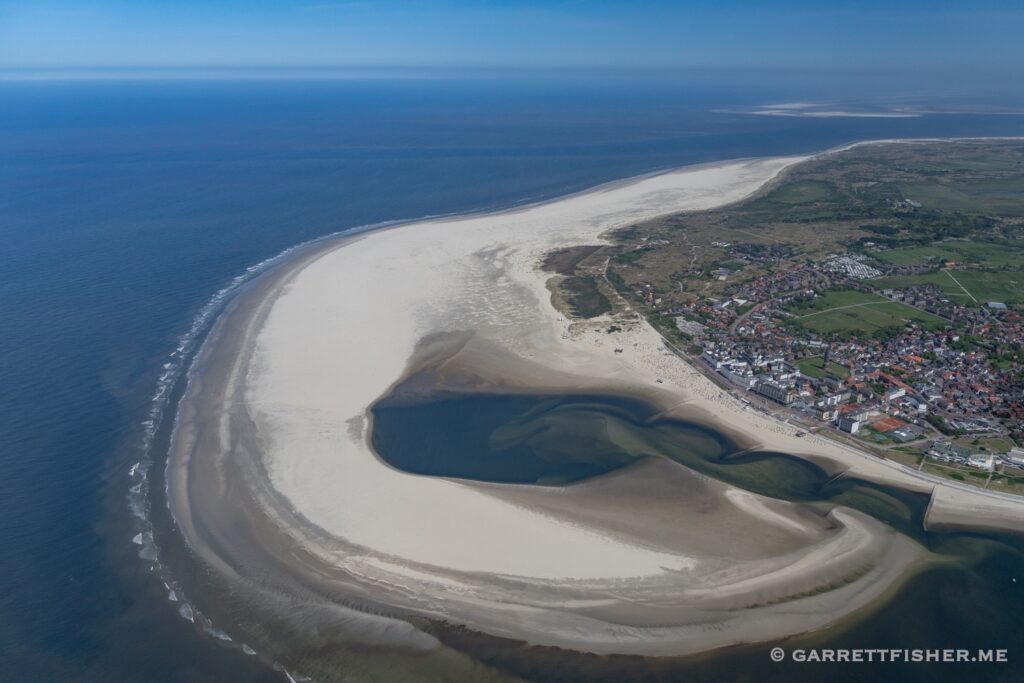 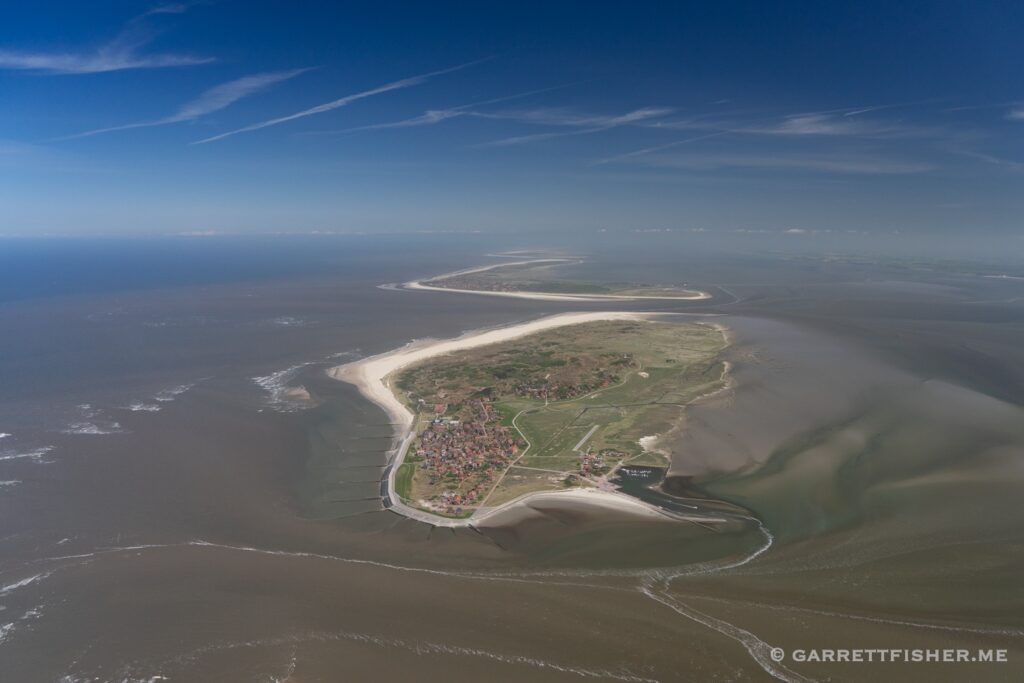 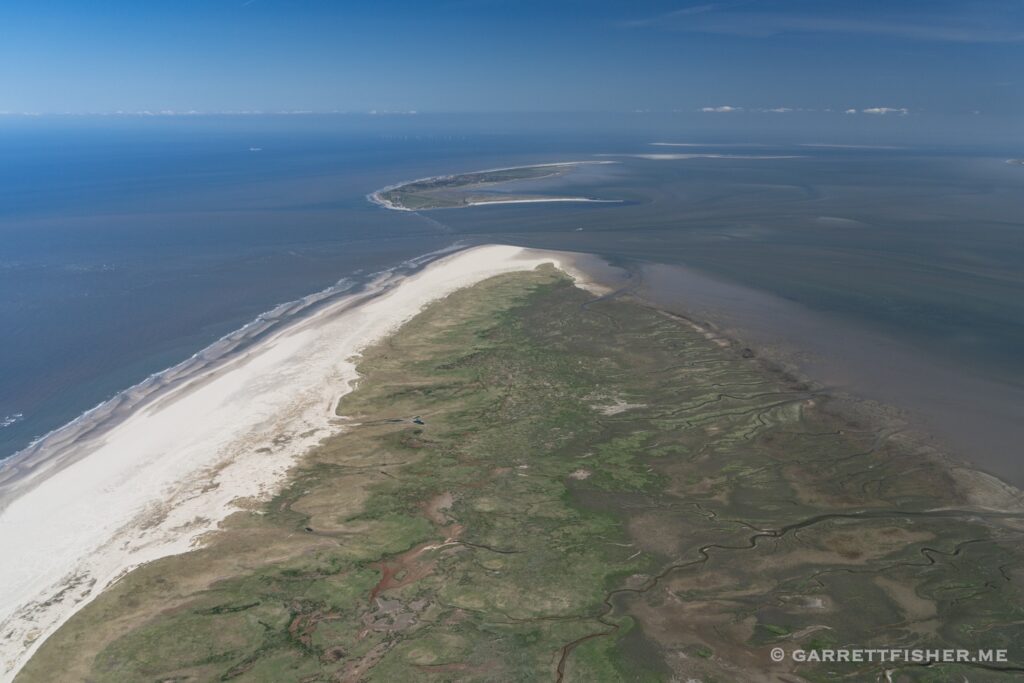 Wadden Sea. Did I mention I do not like flying over water? 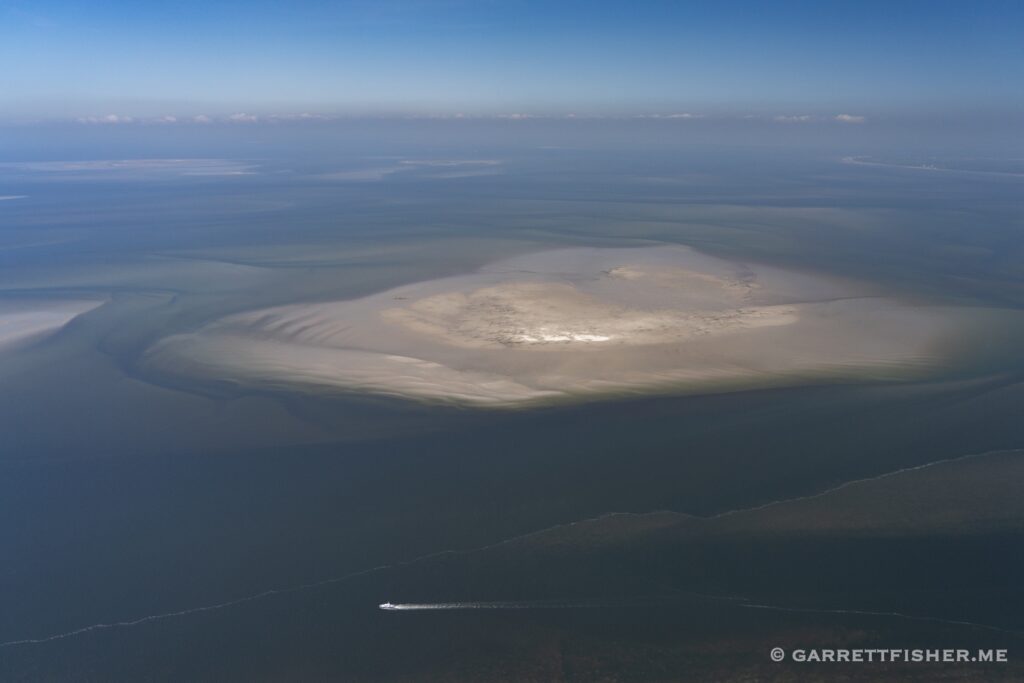 Northwest of Plön. I answered a philosophical question here that had been lingering for some time: if I forget to change the fuel tank selector, how long after the engine sputters will it take for me to figure it out? Two seconds. 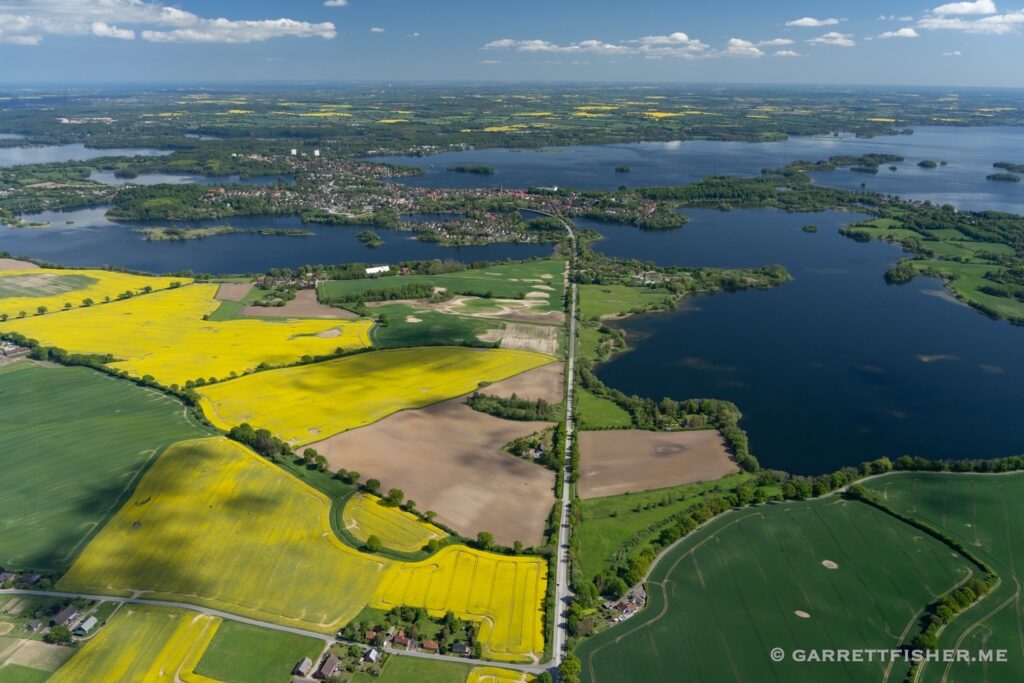 Near Heilingenhafen, with the ocean as a backdrop. 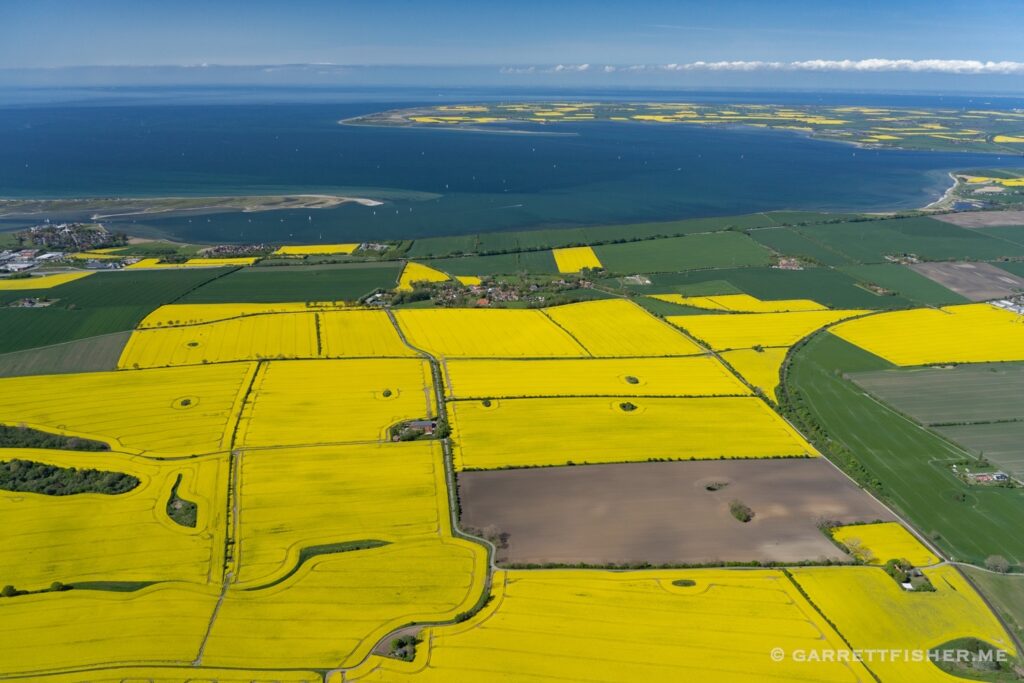 Making the crossing to Denmark. 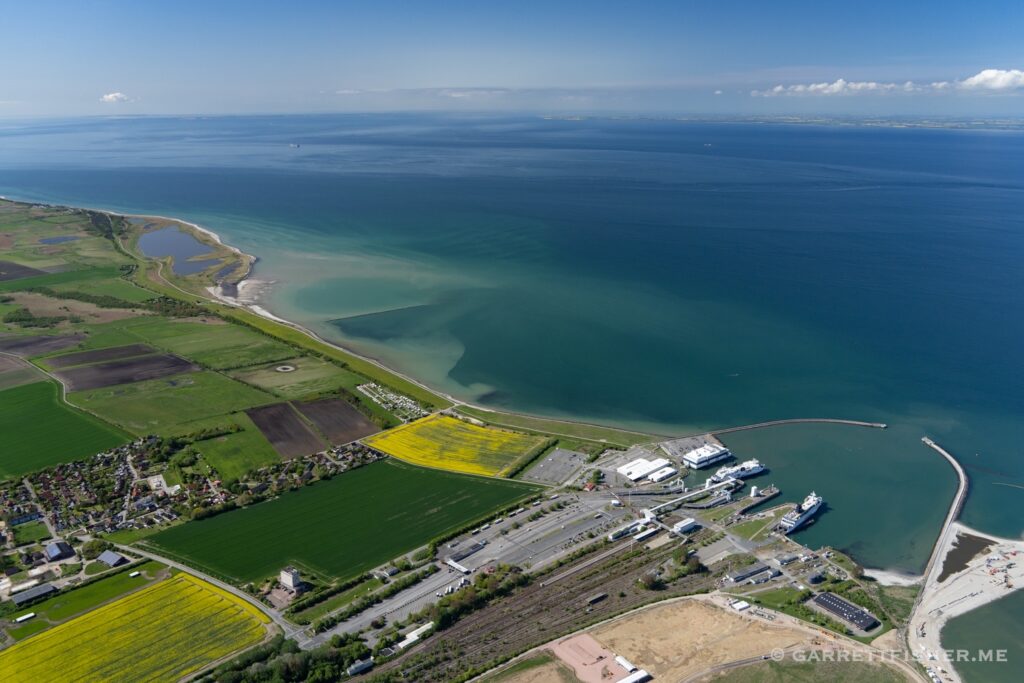 Øresund Strait, from Denmark. Sweden on the other side. 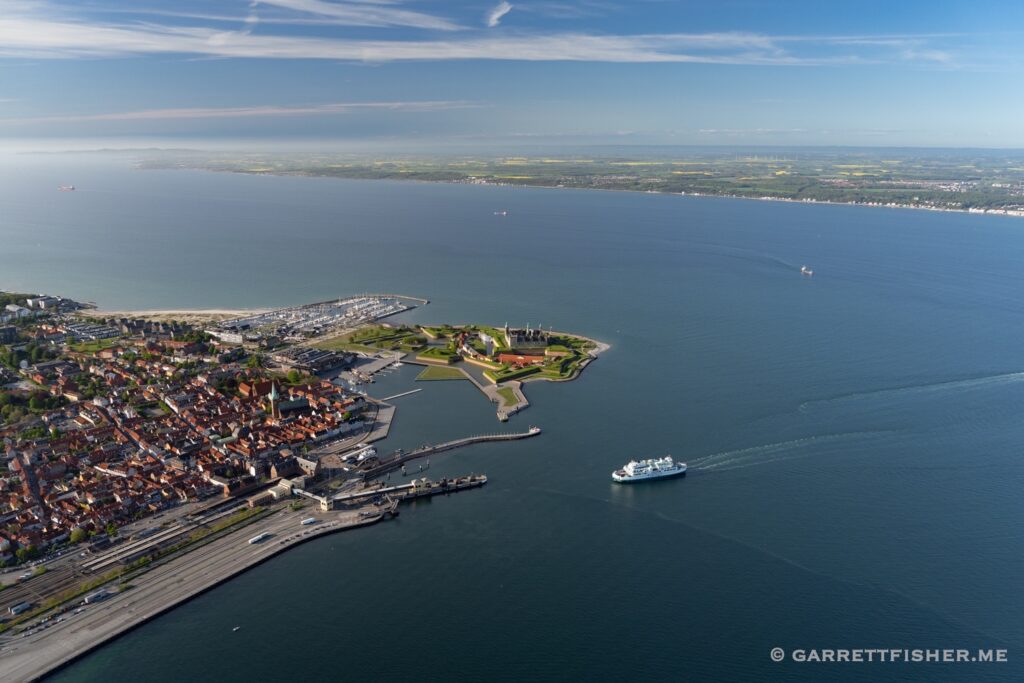 Approaching Halmstad for the night. Finding a taxi, despite there being 10 of them at the airport, was senselessly cumbersome.