While I had planned on departing from Spain at roughly this time, it was the onset of infernal heat that gave some added incentive to escape. The coast itself was often quite pleasant, with strong winds blowing through the night through the Strait of Gibraltar. The problem materialized when going more than 2 miles from the water, when temperatures would rise dramatically. I was monkeying with the airplane on the ground, 20 minutes inland, when it got so hot that I was not only nauseated; all I wanted to do was eat and sleep. Ironically, it was roughly at 2PM, when the whole of Southern Spain categorically closes their shops and does the same thing. While Andalucía is not humid like the US Southeast, there is something about the form which the heat takes that erodes any desire to exert effort.

Nonetheless, the time for my escape came, with an alignment of good weather to my destination, plus a coming record-breaking heatwave. I did not need to be around when temperatures approached 40 C / 104 F….in May.

I will keep my final destination obscured for the moment, other than to say that it was planned differently at first, it is far, and it is not Switzerland.

On the way to Seville. Climbed directly to 3,000 feet to escape some of the heat. 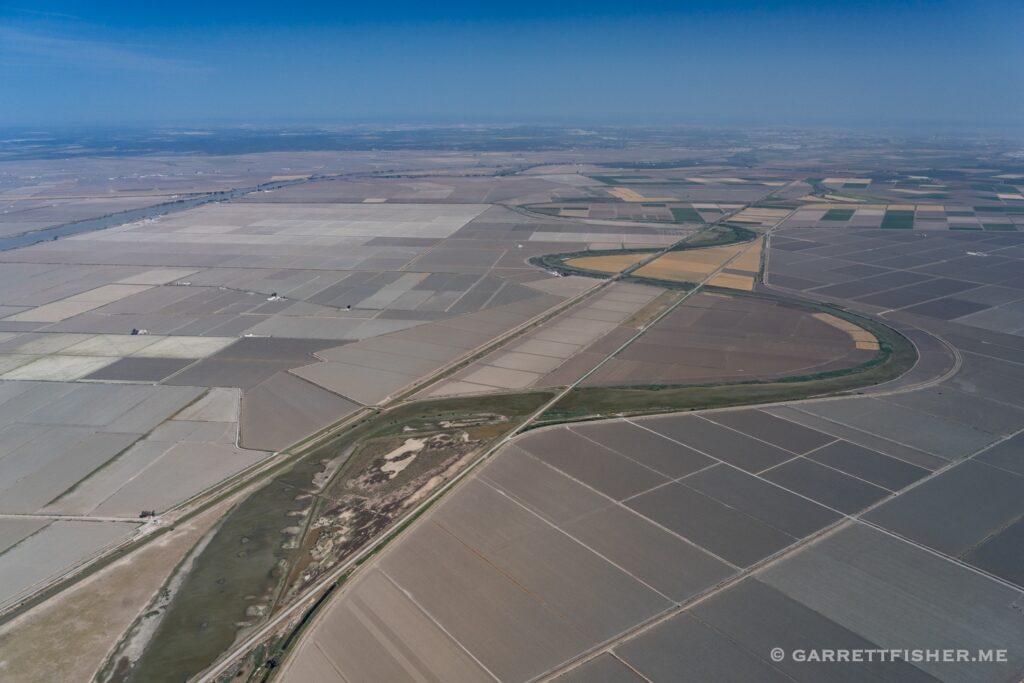 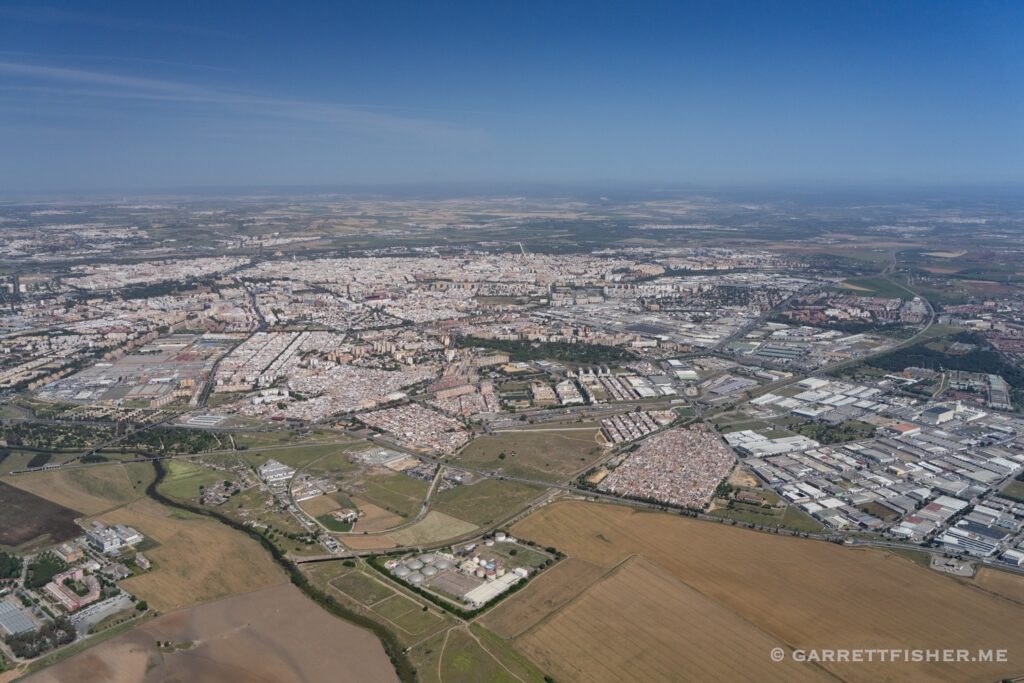 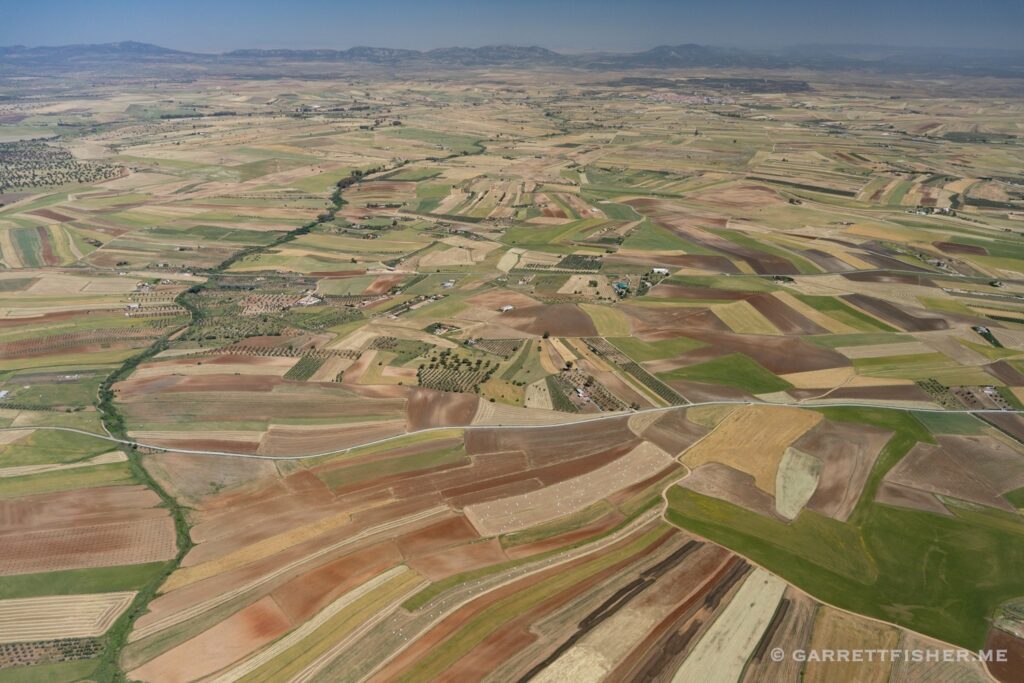 Convergence of Andalucía, La Mancha, and Extremadura. It reminds me most of South Park, west of Colorado Springs. The only difference is about 9,000 feet of elevation. 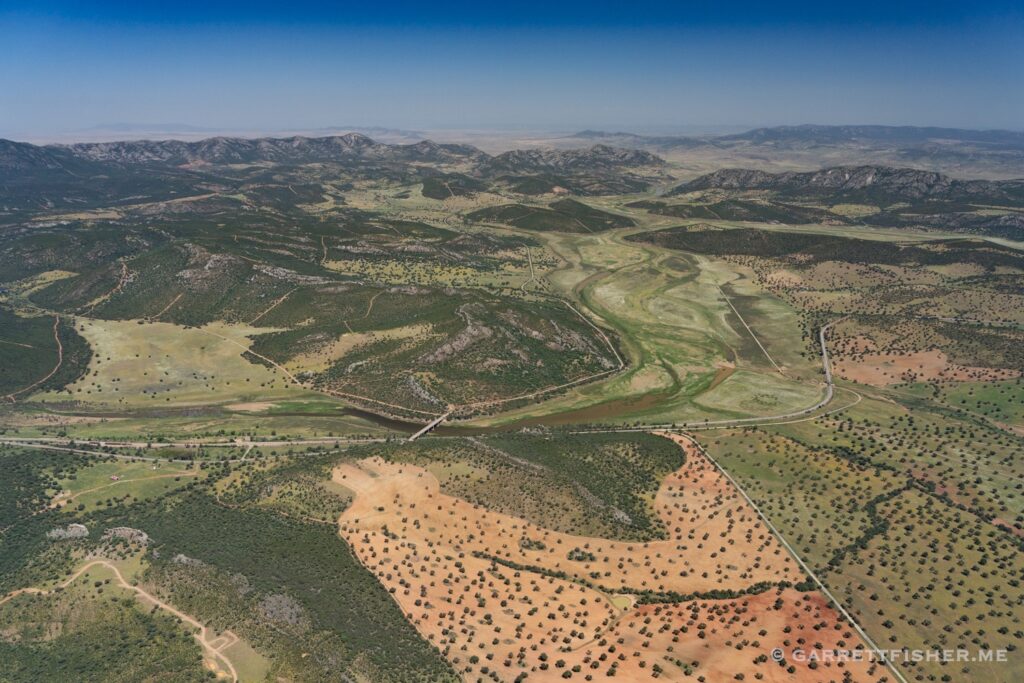 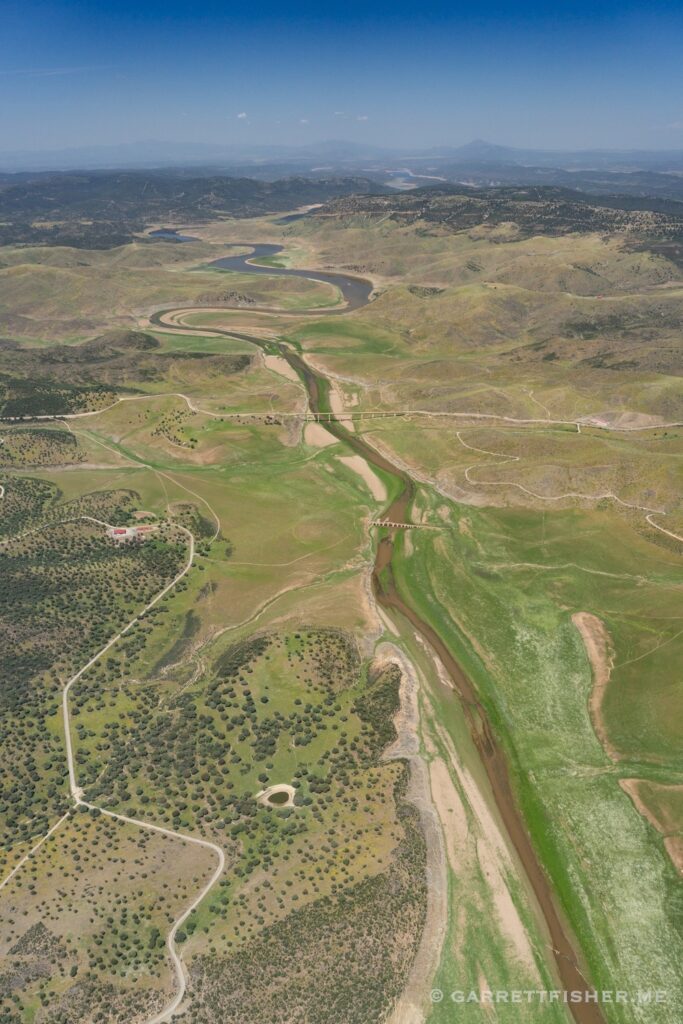 This area torments me from satellite maps, as it looks stunningly “textured.” The problem is that the scale is too large, and the aerial view can’t grab it. I find that satellites are usually terrible indicators of good texture…it is better to just find it by chance. 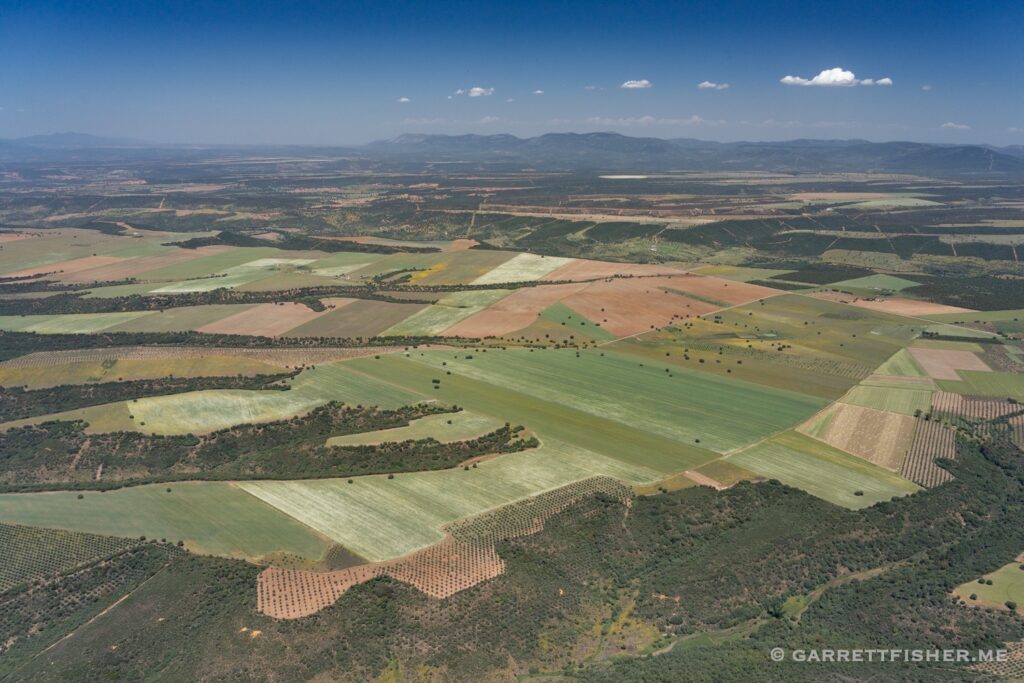 Over the hills southwest of Toledo. At 5,000 feet, air temperatures were pleasant. 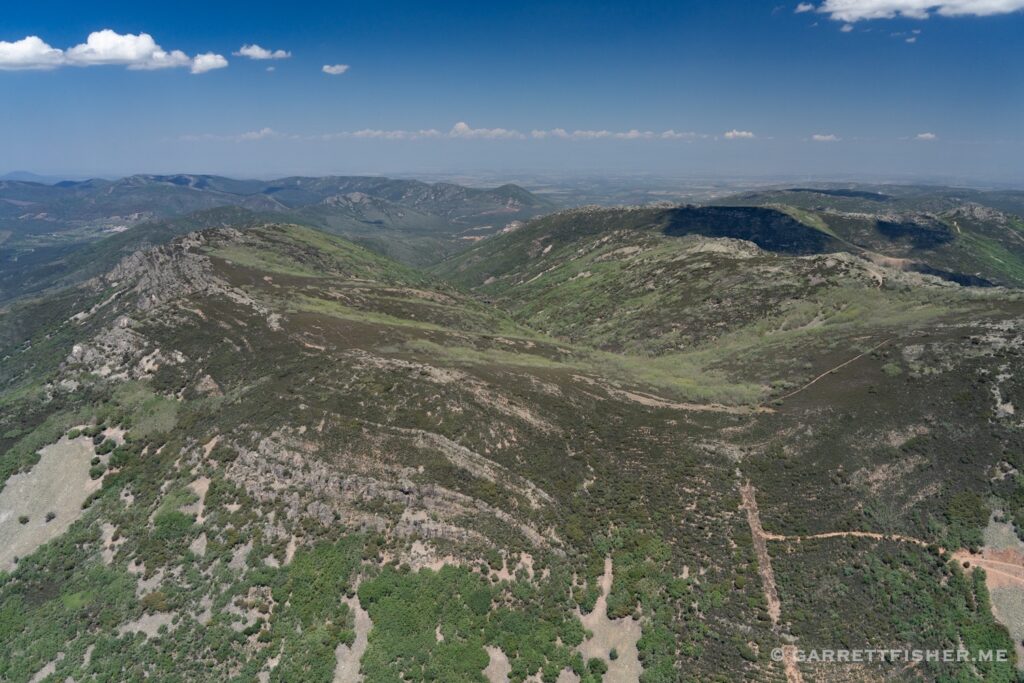 Tagus River, west of Toledo. Air temperatures were not pleasant. 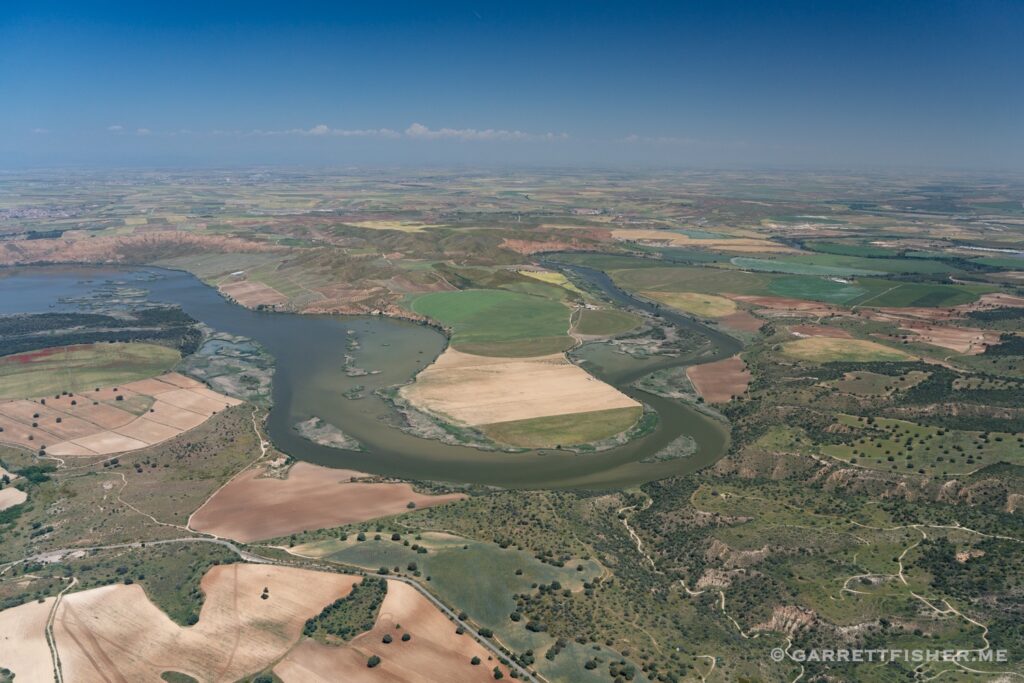 Just southwest of Madrid, before stopping for fuel. “A beautiful inferno.”

East of Madrid. Suffering in the heat. The engine radiates quite a bit through the firewall and also in the slipstream. When it is hot outside, it is hotter in the PA-11 or PA-18! 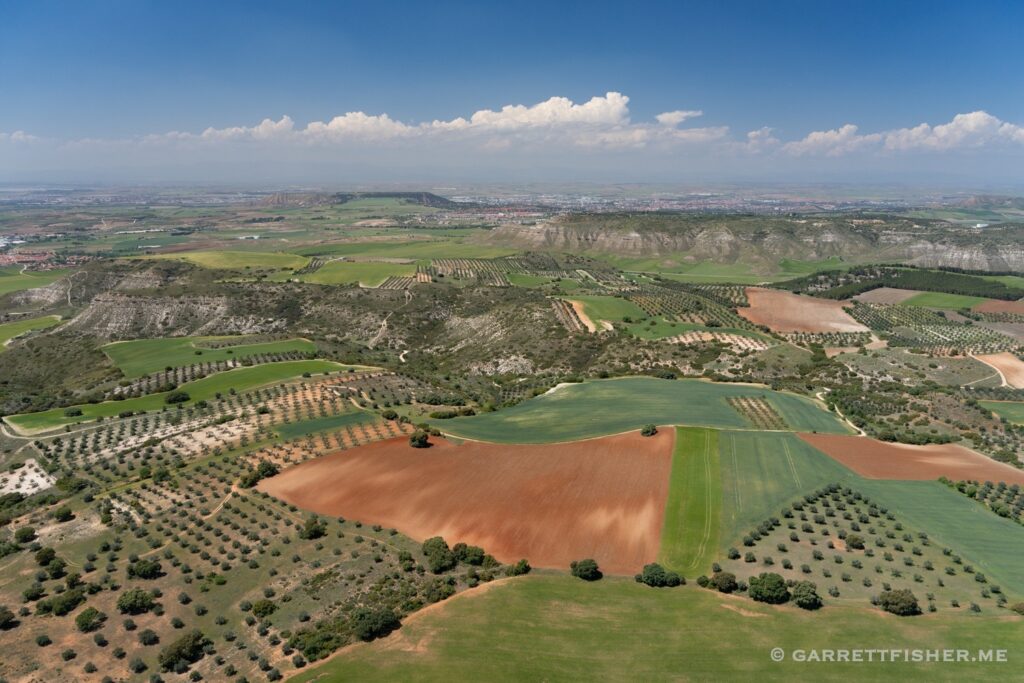 Northeast of Madrid, eyeing those rain showers with anticipation (for cooler temps). 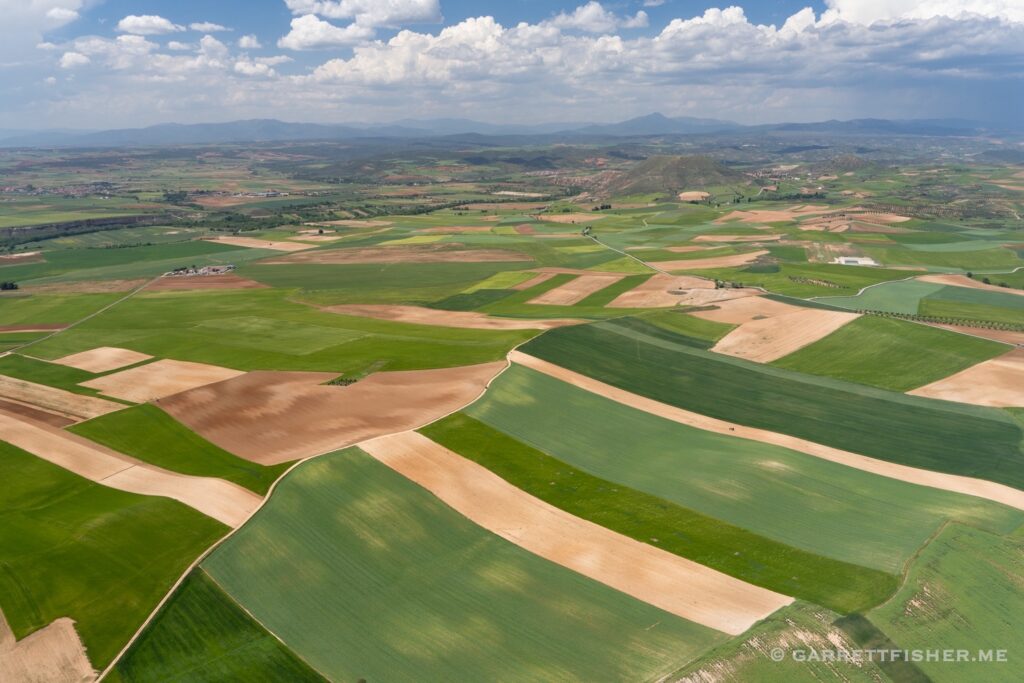 The airplane got a bath after this. 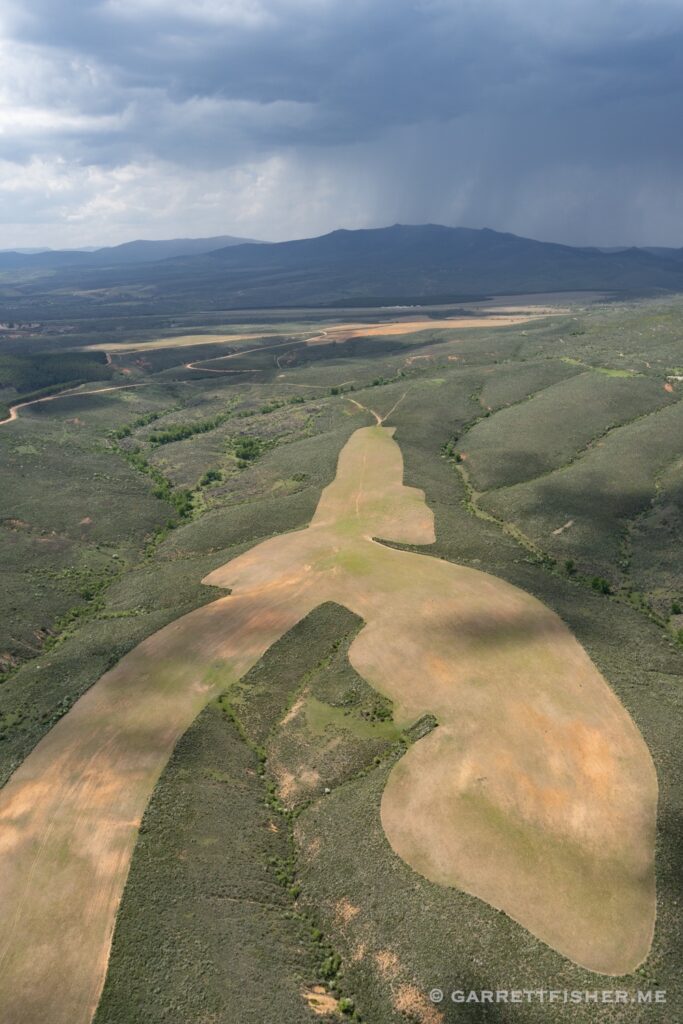 East of Soria, between rain showers. 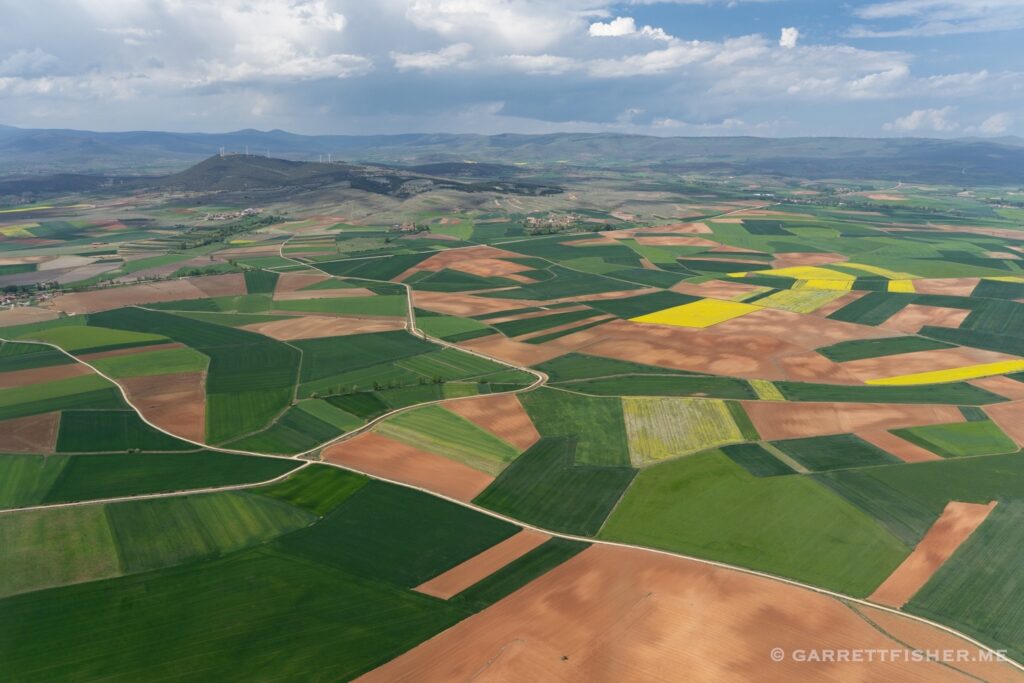 Entering La Rioja region. I would fly lower, except I’d have to climb back up in 30 minutes, so I stayed high. 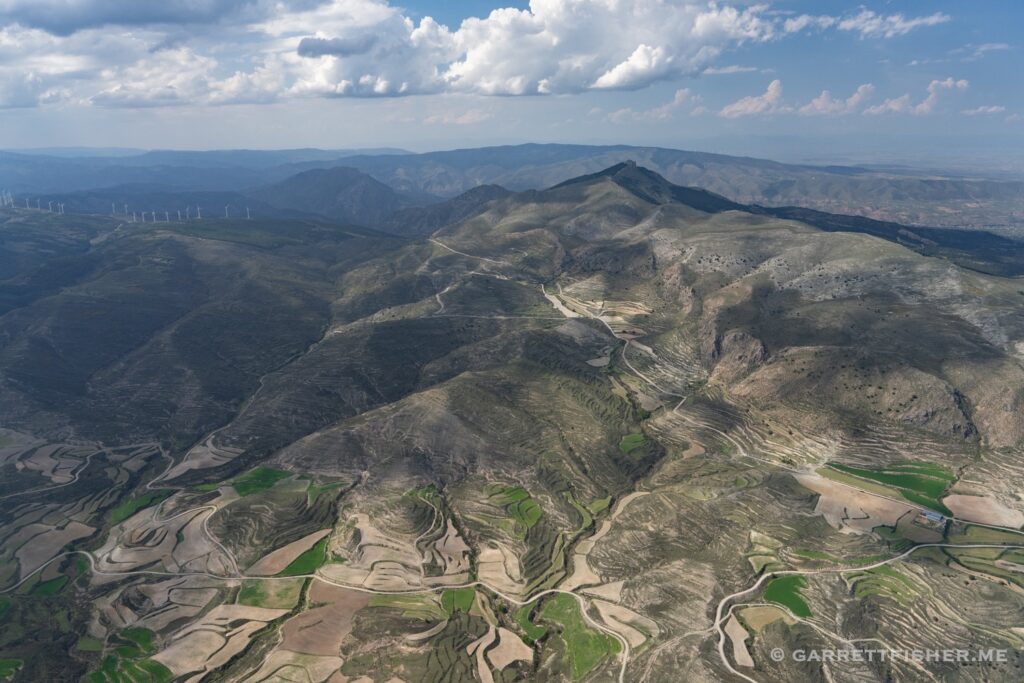 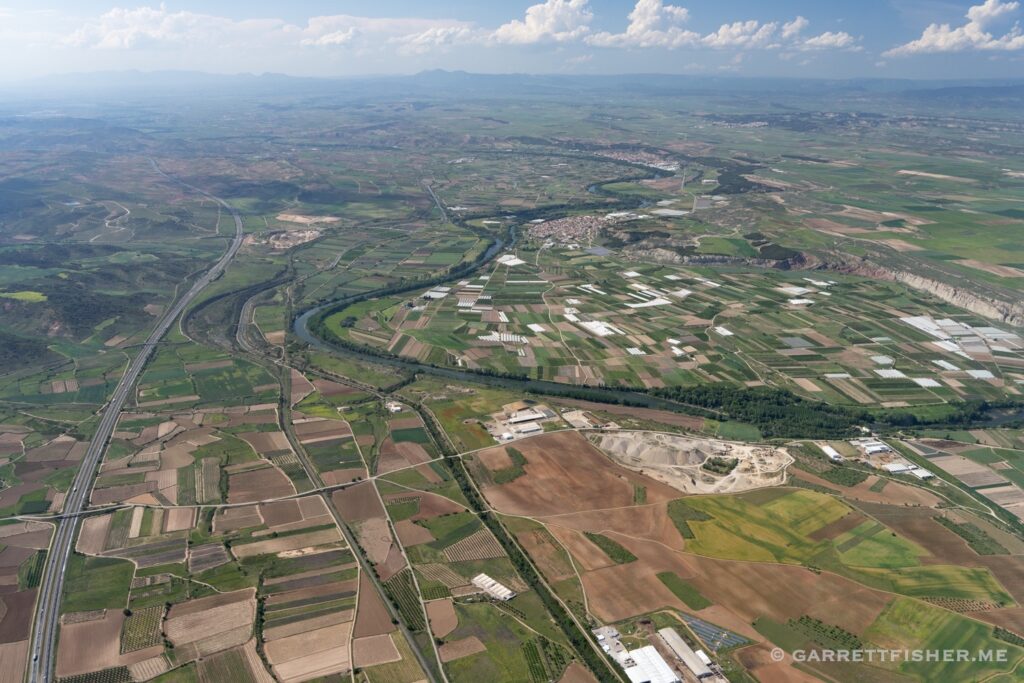 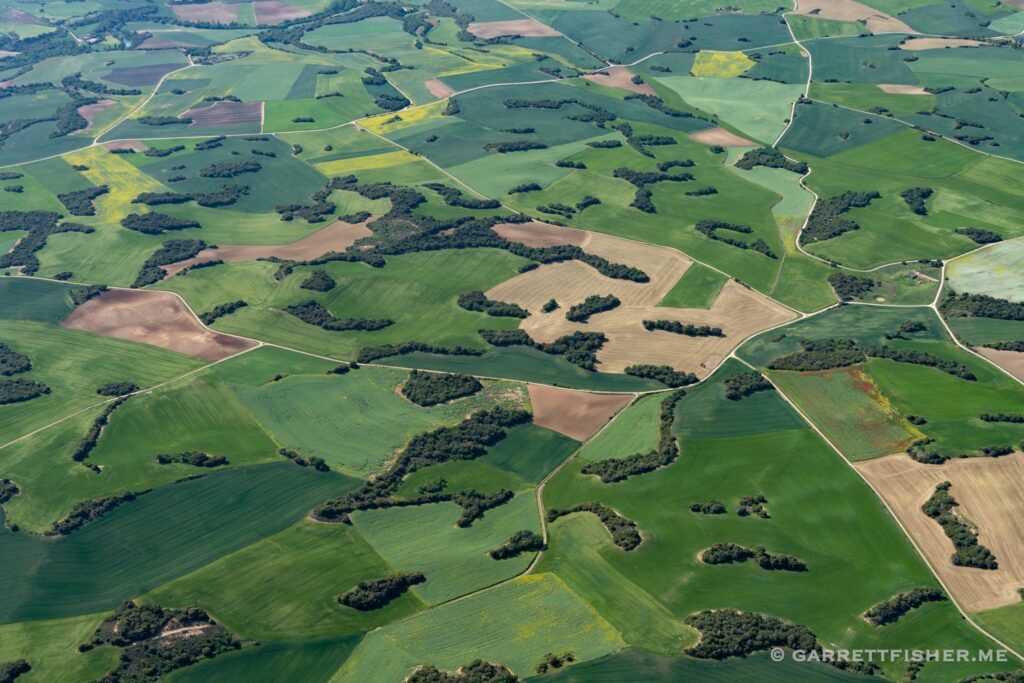 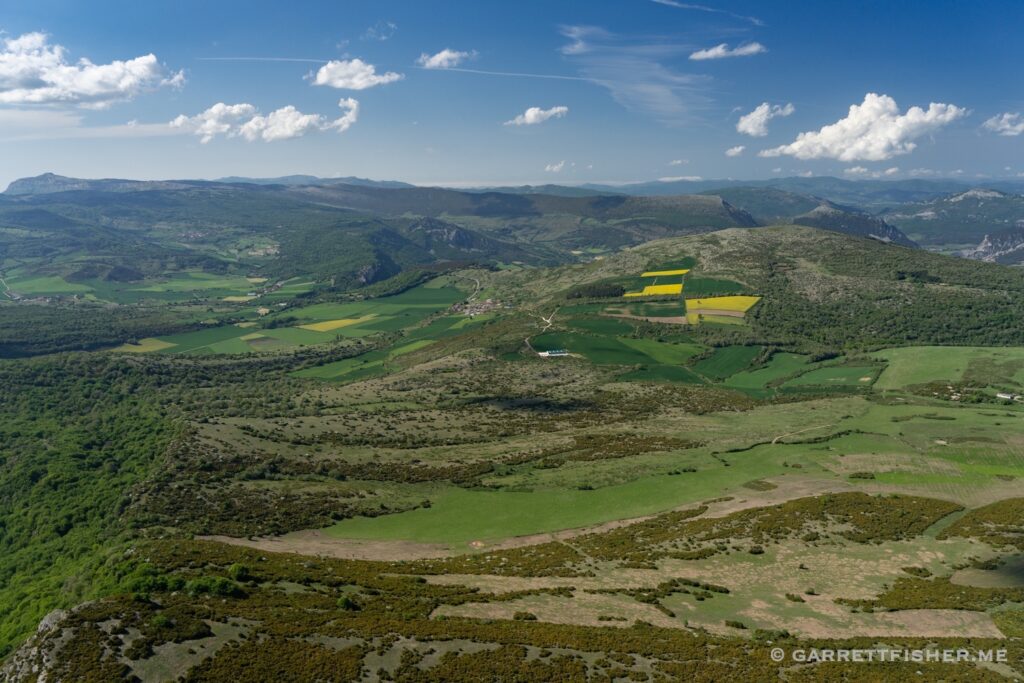 While it is still Basque Country, one would forgive me for thinking I was in East Tennessee. 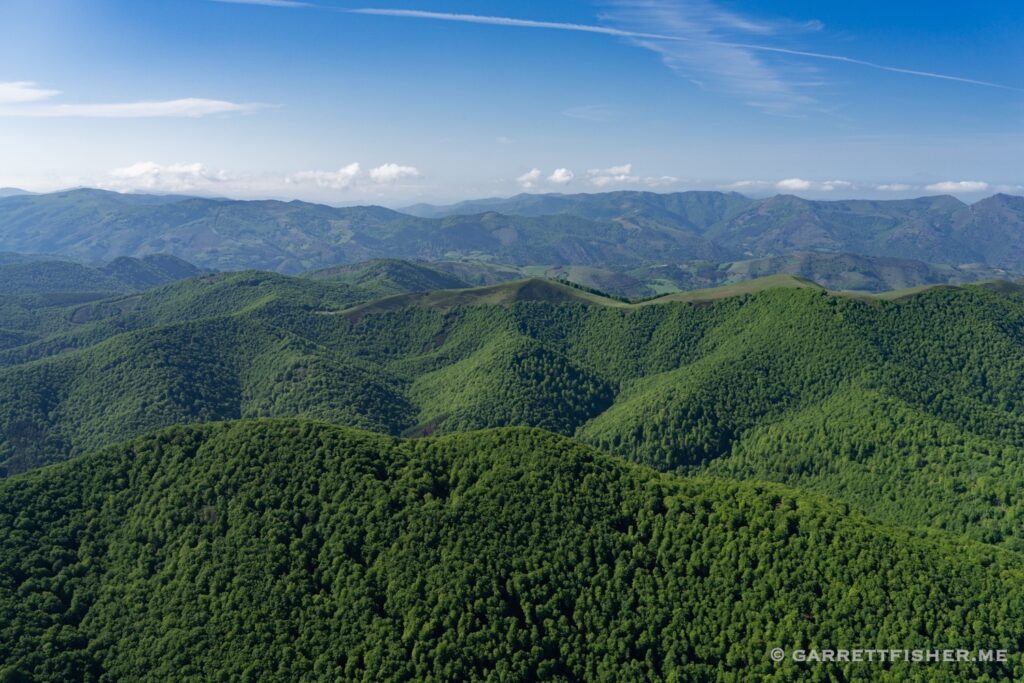 French Atlantic….20 minutes after the prior image. 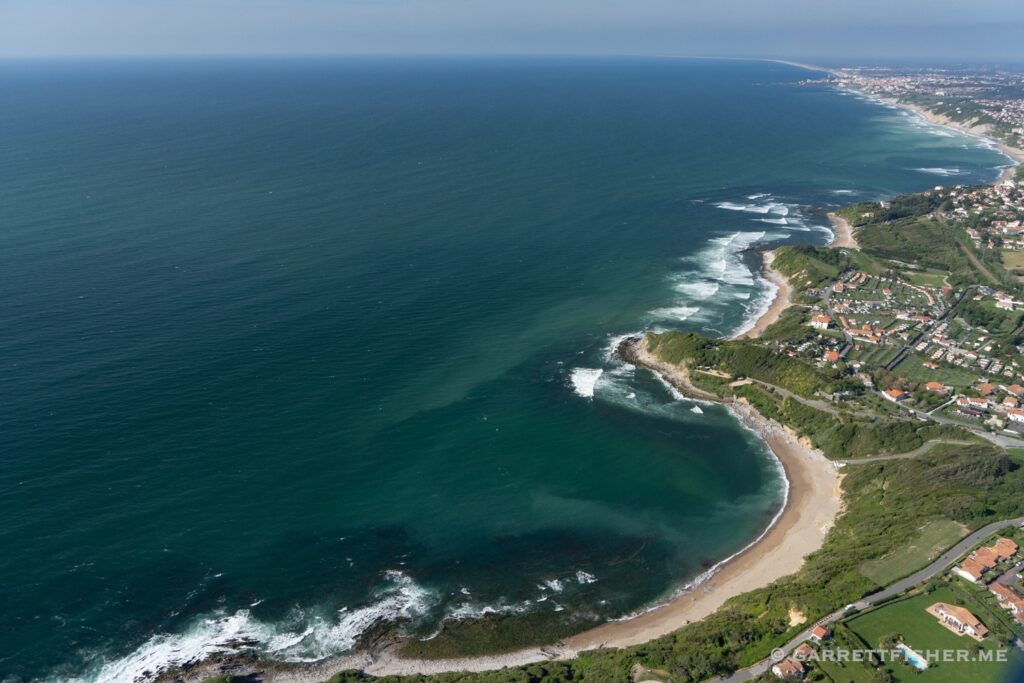 Flying north in Bordeaux after a few stop on Biarritz. Those wankers wanted to charge $59 to use the toilet (after paying $43 for landing and $275 for fuel)! I had to walk quite a distance out of the secured area to urinate, then come back in. Apparently it was my fault for “not purchasing the luxury package.” Since when is a urinal “luxury”? Then again, we pay $60 to drive 6 hours across France (one way) on toll roads, where the rest stops….lack toilet seats. C’est le France, un pays médiéval. 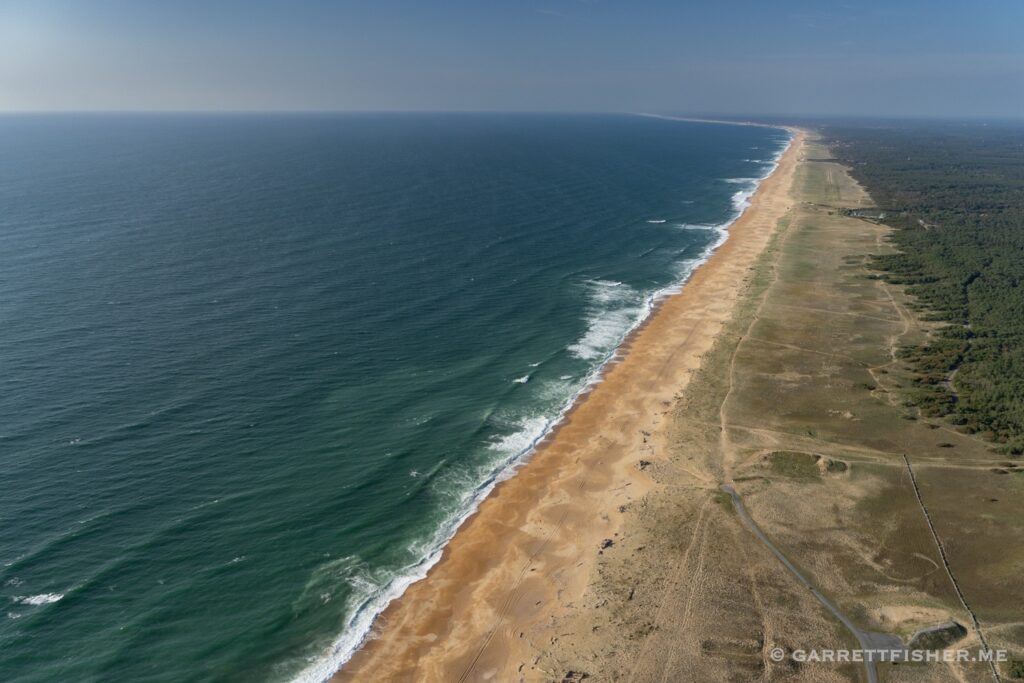 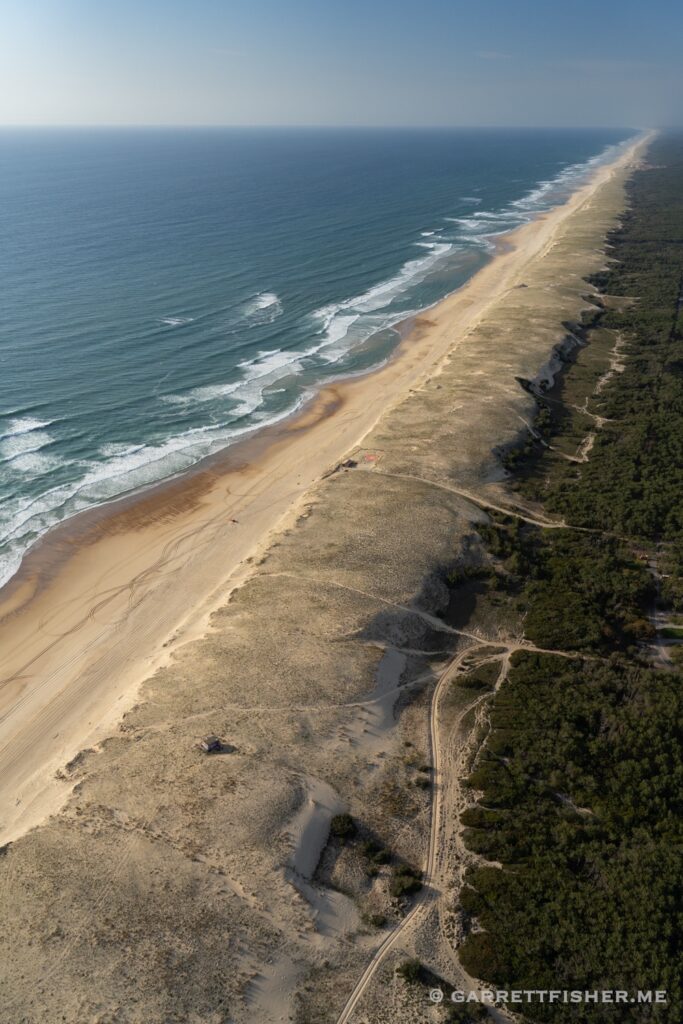 Approaching Arcachon for the night….a time which had finally come. Mon derriere was suffering at this point. 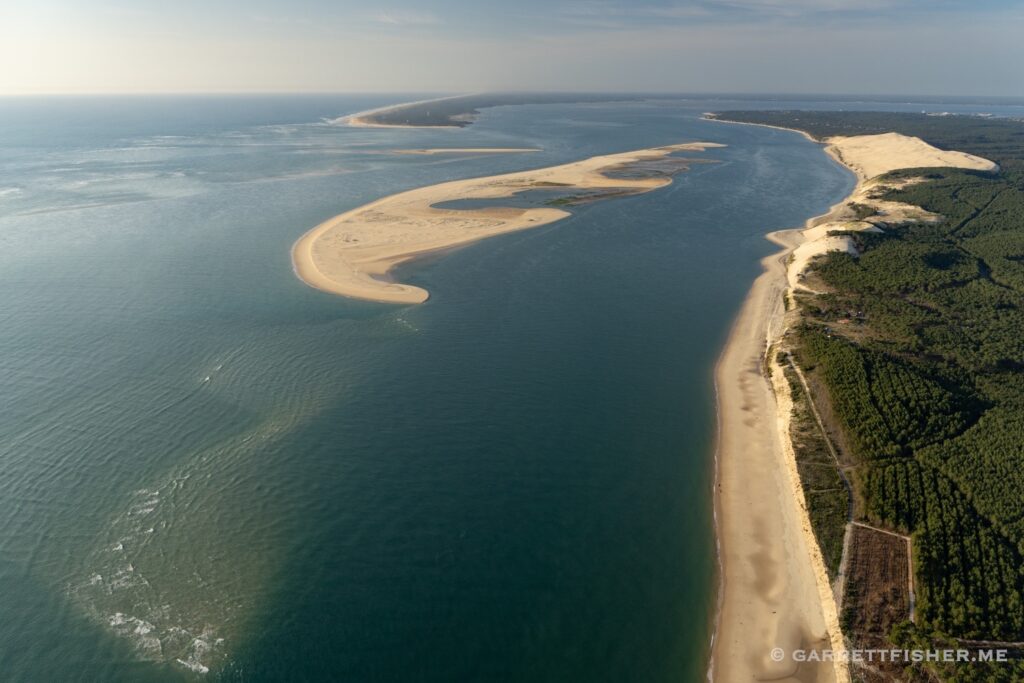