This particular flight had its genesis in reading an article written by Jeff Greenwald. He took a multi-state trip in an Aircam, a unique, open cockpit, twin-engine airplane that requires a bush/utility mentality to enjoy, not all that different from mine in some respects. Both scream for adventure, flights where aggressive terrain is viewed low and slow. I emailed Jeff and offered him a ride, and this trip transpired.

One issue with general aviation is making schedules. The schedule fits, the weather may not. In our case, it was (and still is) a sweltering heat wave: 93 F in Alpine, WY and 100 F at our destination of Livingston, WY. Hot air makes airplanes perform terribly. Imagine the difference between a car driving with you alone, and then compare it to how it performs while towing a trailer at the maximum permissible weight. That is the difference between a cold winter day and a heat wave in most small airplanes. Spunky in the cold, lethargic in the heat.

We compensated by having me pick Jeff up in Jackson Hole, WY (my first landing at a control tower airport with this airplane!) so we could leave with full fuel and have greater range. We also took off from Jackson at about 8:45, while it was still about 68 degrees.

The route of flight was to the headwaters of the Snake River (it flows from Yellowstone to the Pacific), over the hill that is the Continental Divide, then down the Yellowstone River from a source close to its headwaters to Yellowstone Falls. Instead of making it to Livingston, MT on one tank, I opted to check out Grand Prismatic Spring, refuel at W Yellowstone MT and go from there. It was quite hazy, and I pretty much figured my photographs would be crap. Well, what can I say…. I guess I am good at this after all.

By the time we landed at W Yellowstone, it was getting hot. W Yellowstone is above 6,000’, so we were getting hotter and still high up. Departing with not quite full fuel, I opted to go down the Hegben River in Montana, then the Madison River, over to Bozeman MT, and then into Livingston. The whole trip followed a river drainage, and effectively had slowly descending terrain. The plan worked, though the propeller turns into a blast furnace with that kind of heat, and the airplane had the aeronautical performance of a brick. 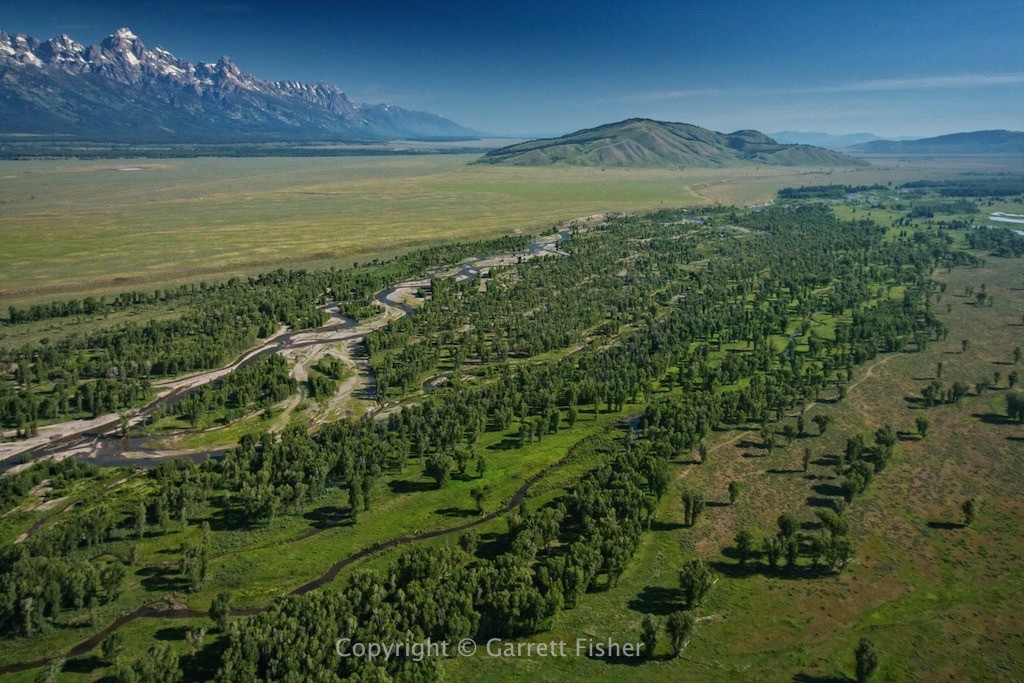 Grand Teton National Park – Does this view ever get old? 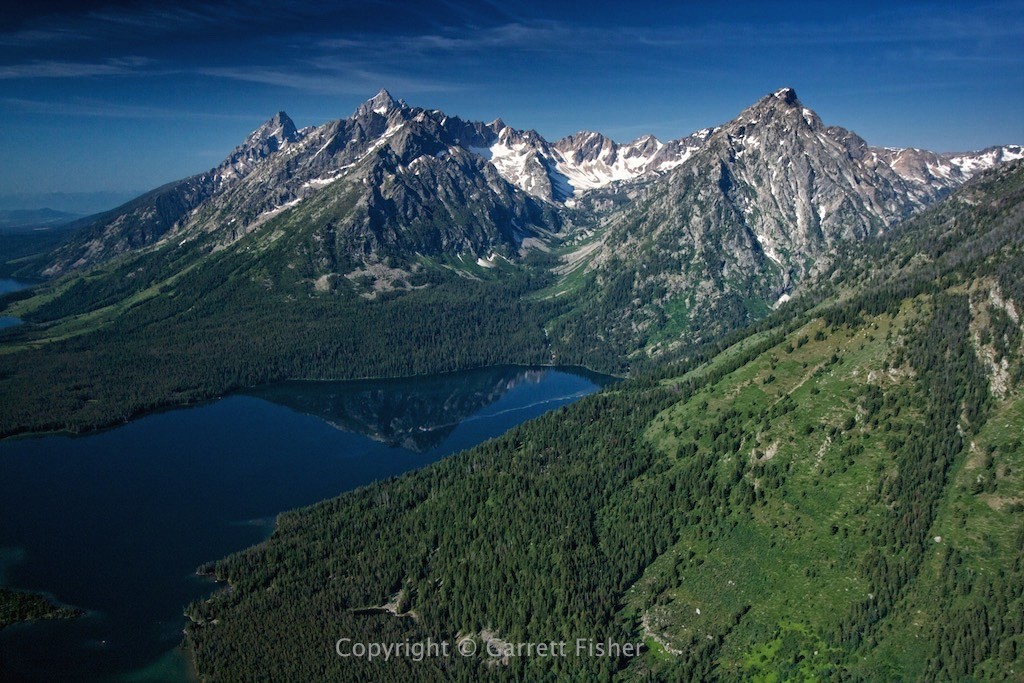 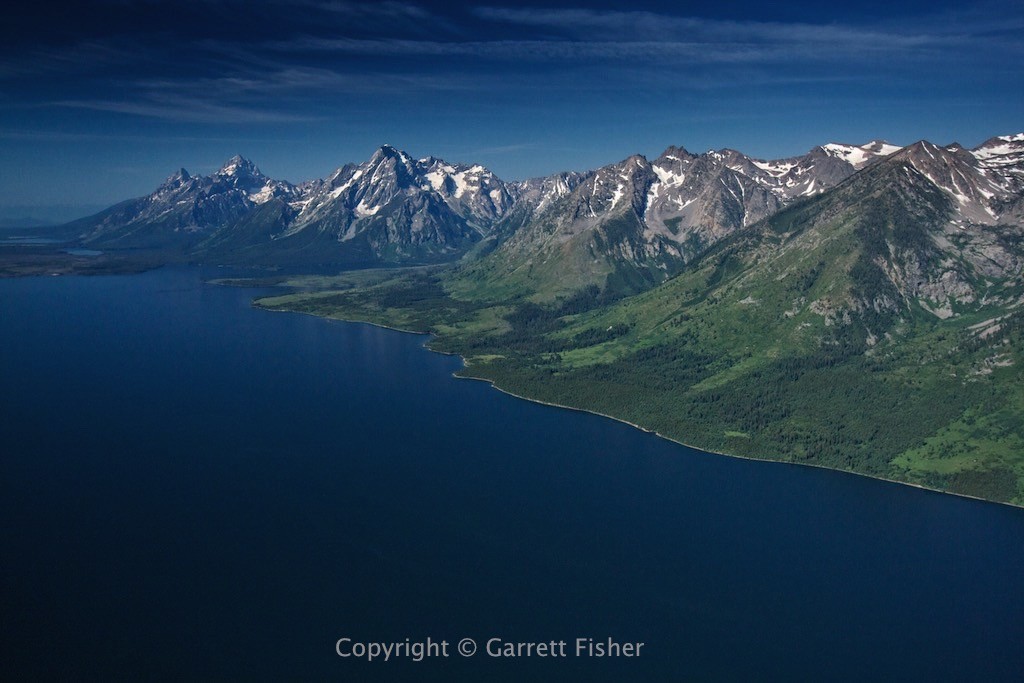 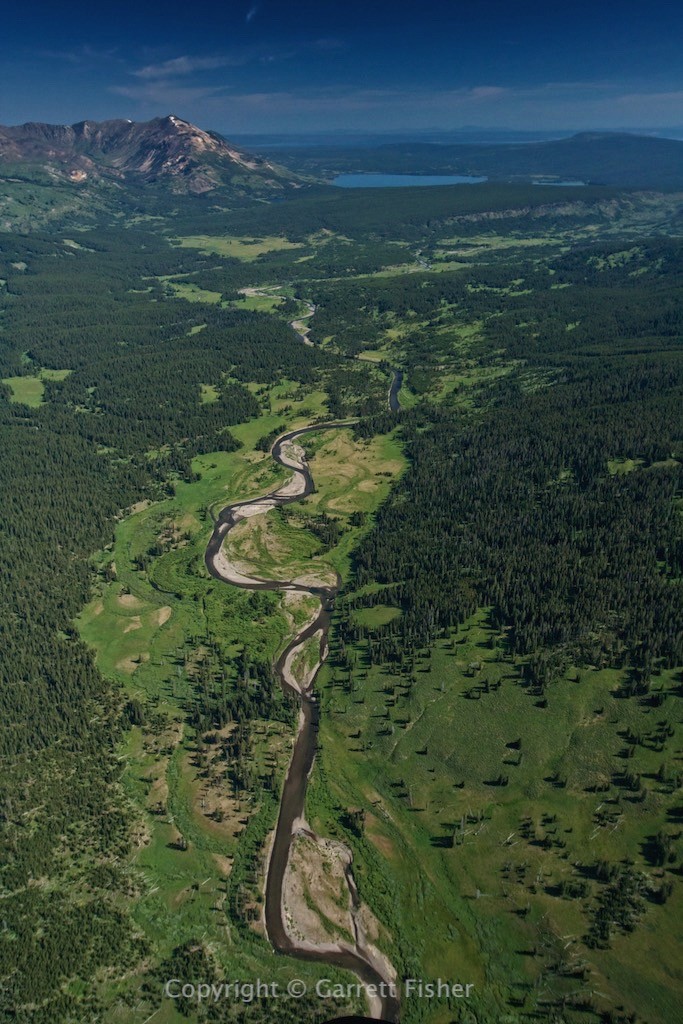 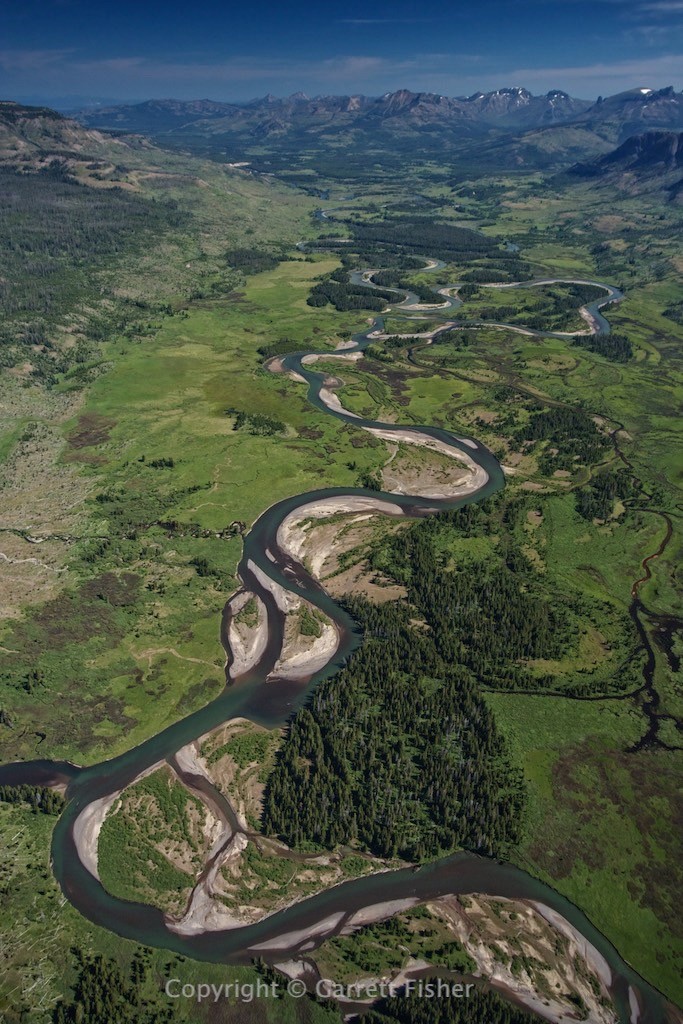 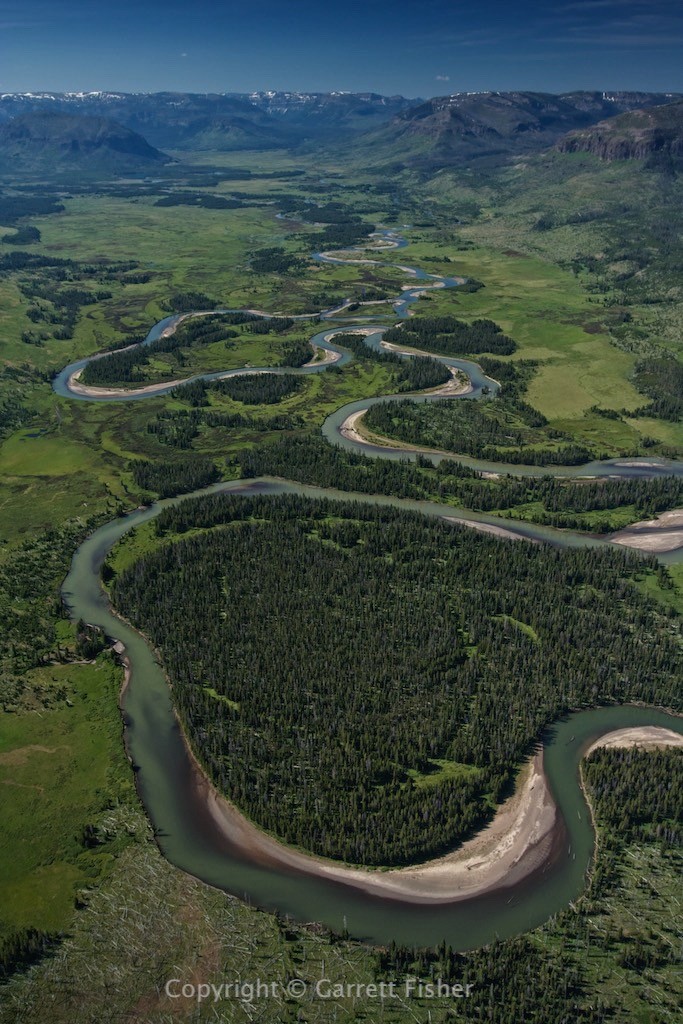 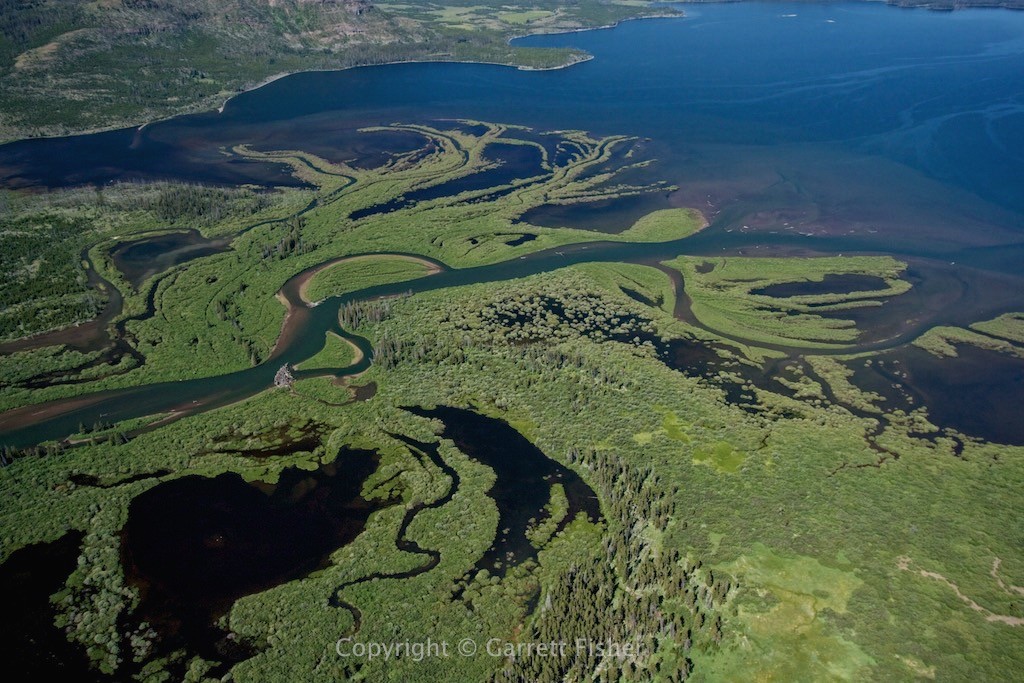 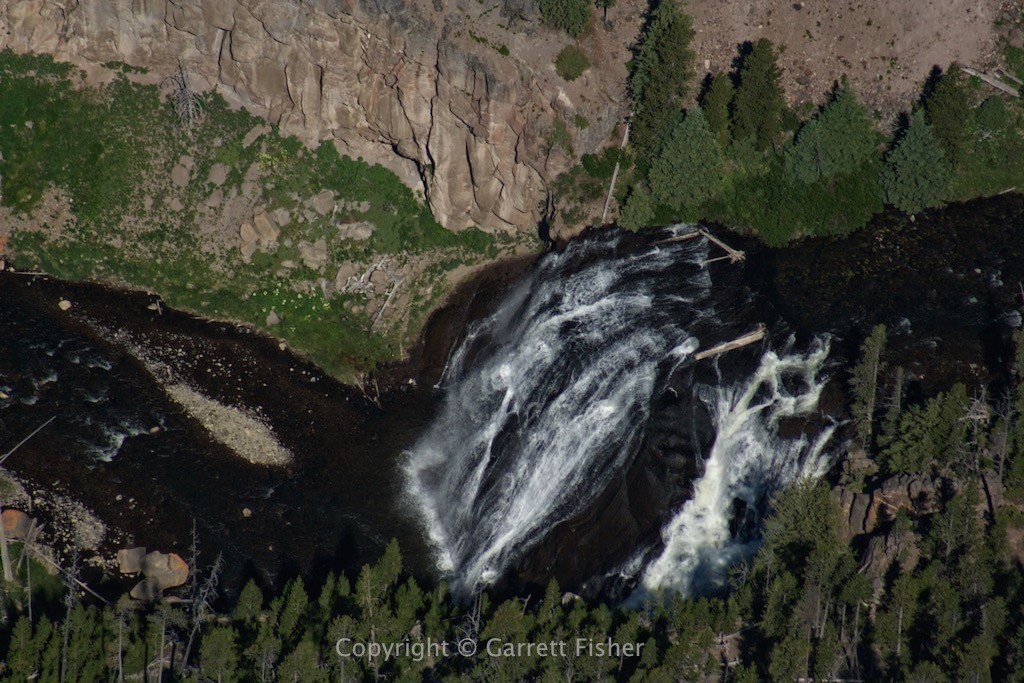 A few hot springs. A rare instance where I think people actually accent the image instead of defile it. 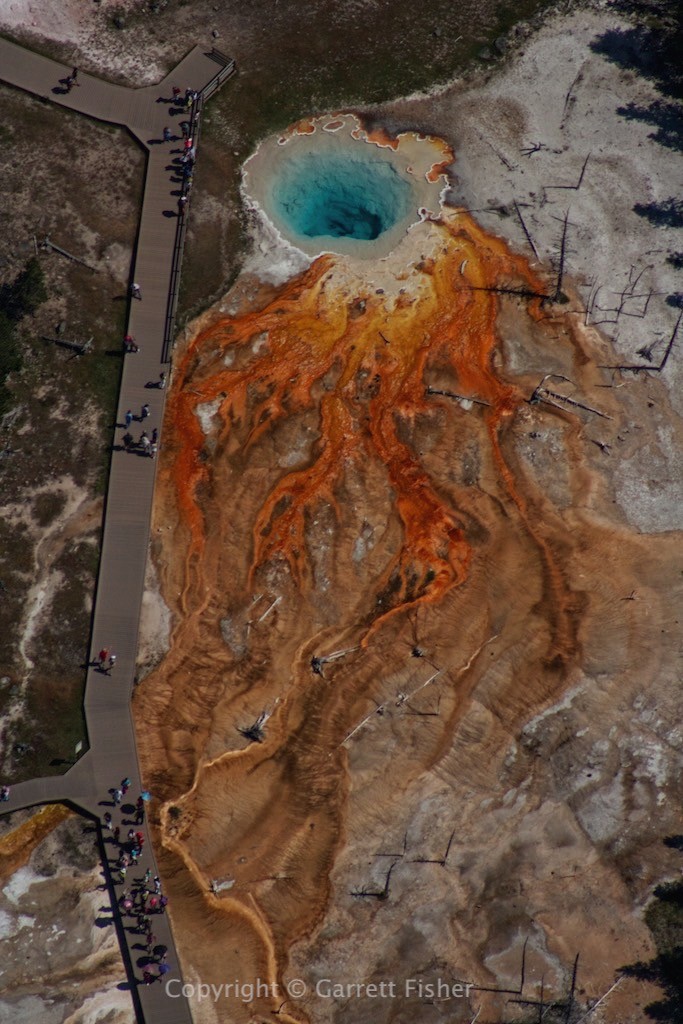 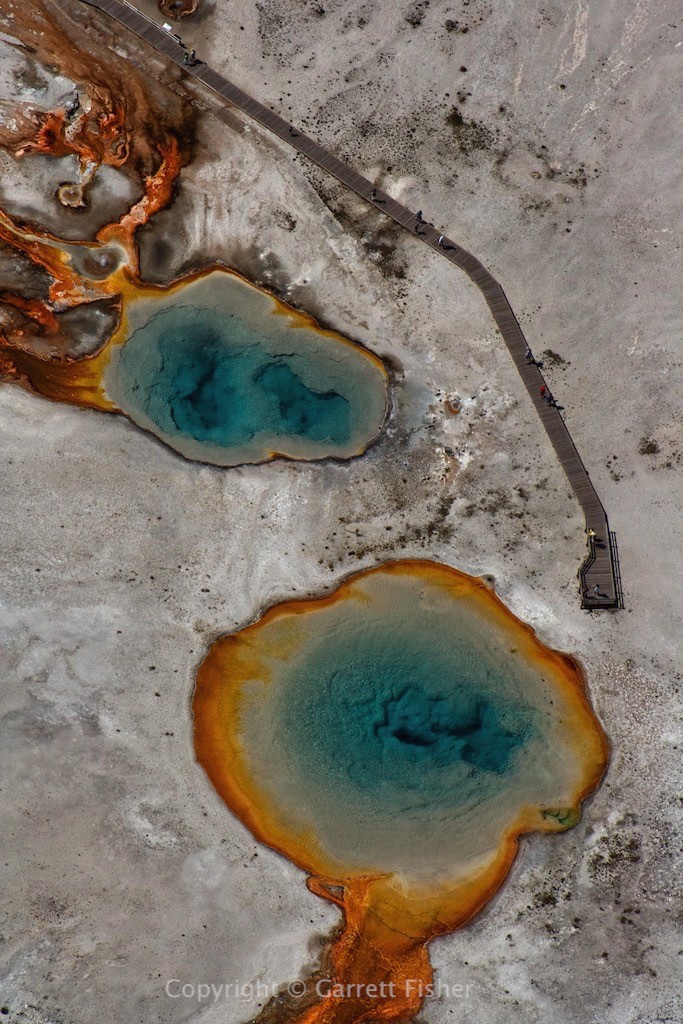 This would be Grand Prismatic Spring. 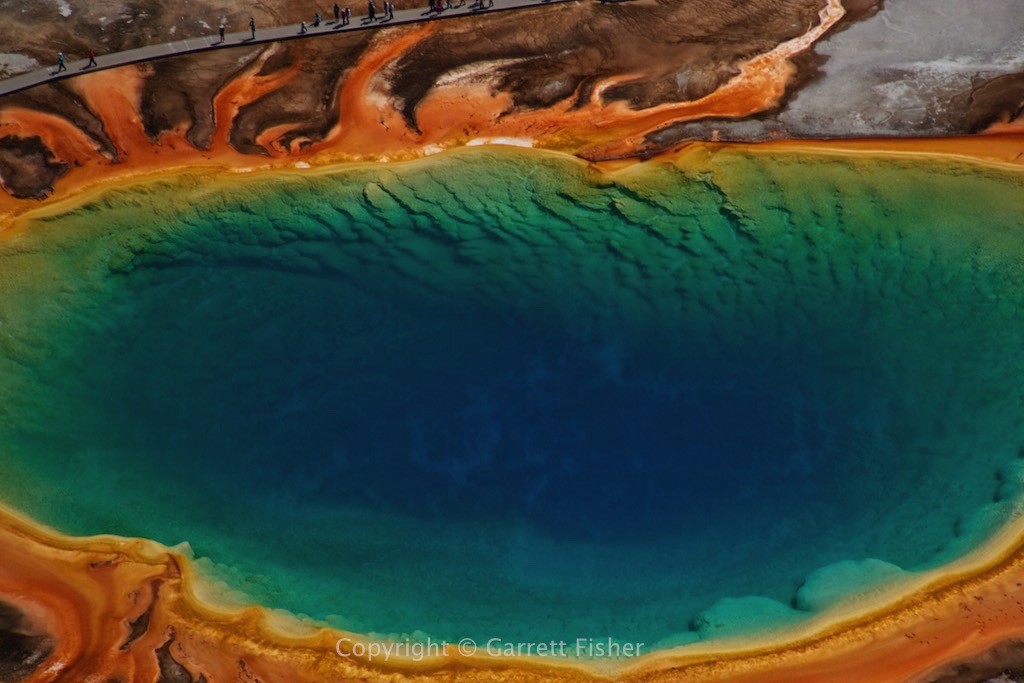 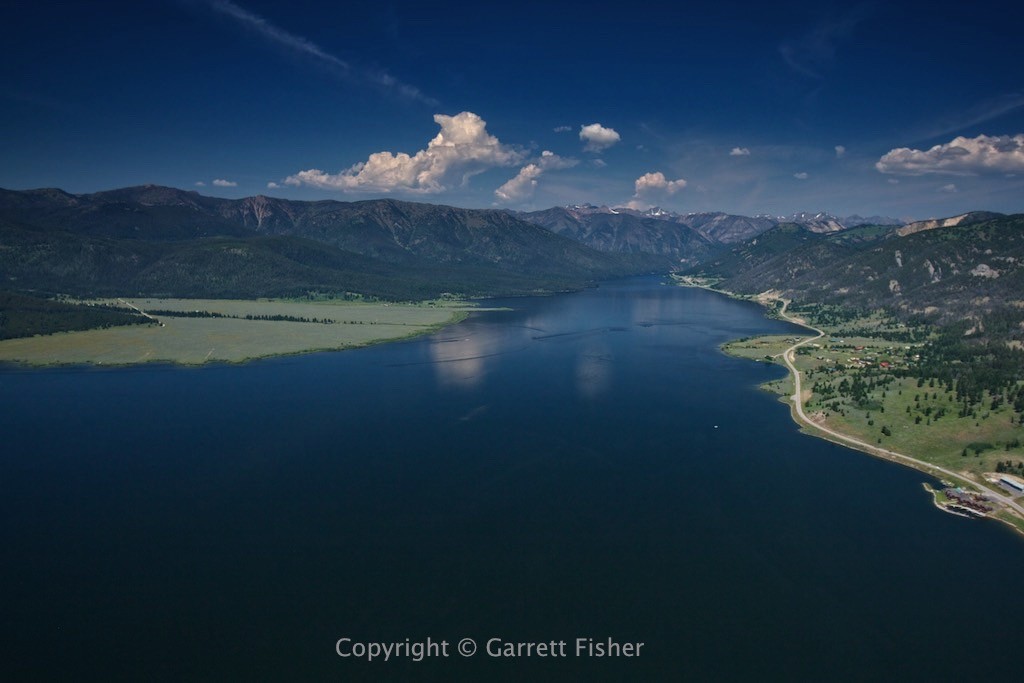 Quake Lake, MT – Formed by a giant landslide (the rocks on the bottom came off the mountain on the left) during a 7.5 magnitude earthquake in 1959. Madison Valley in the background. 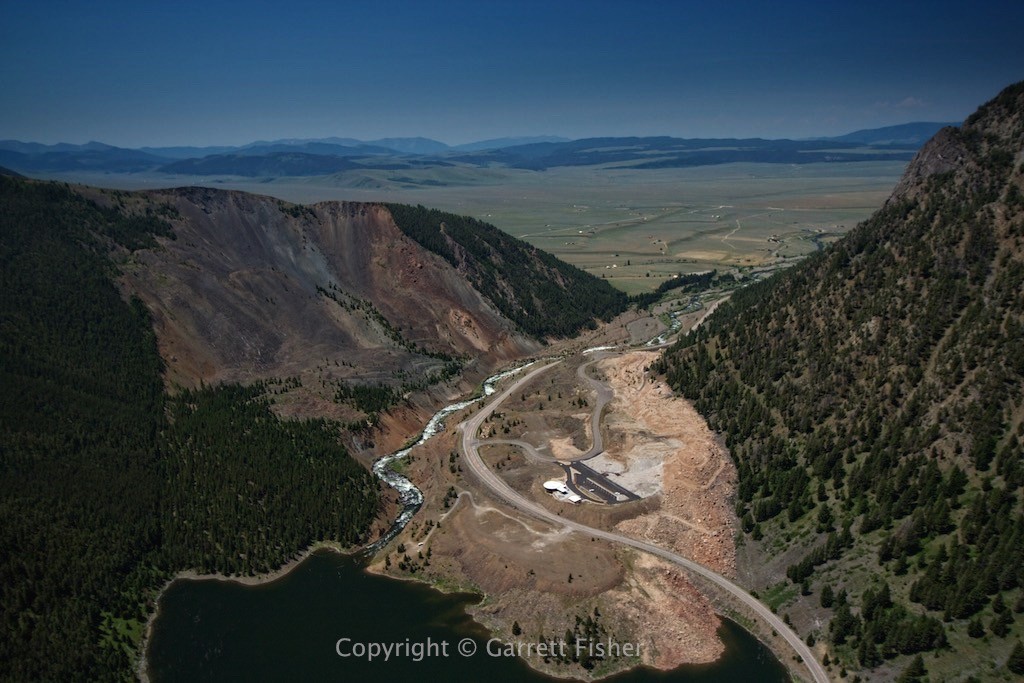 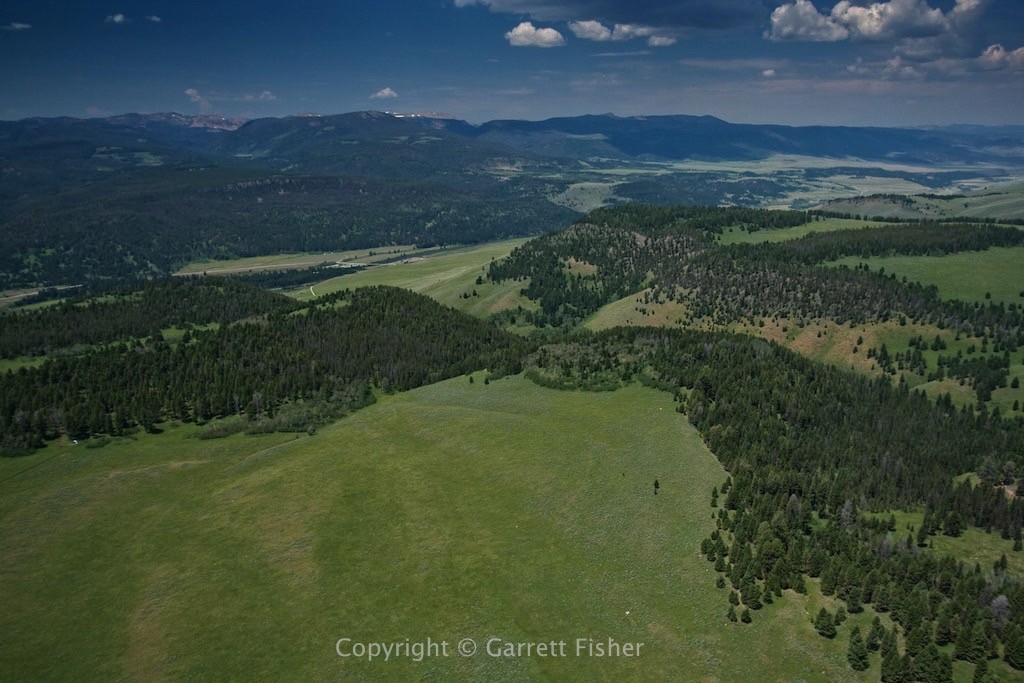 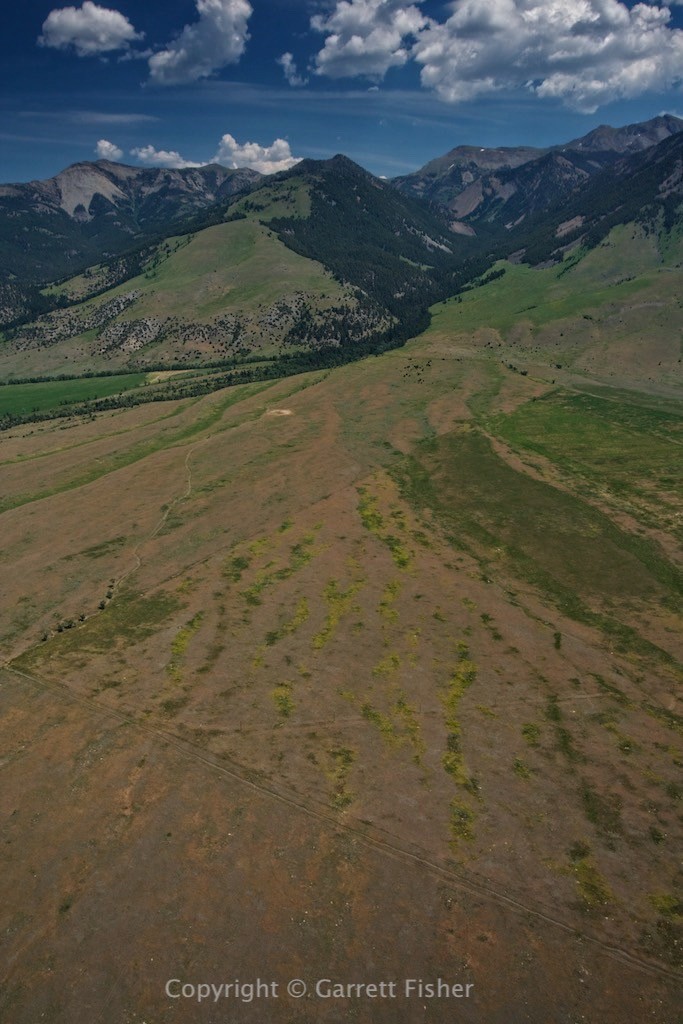 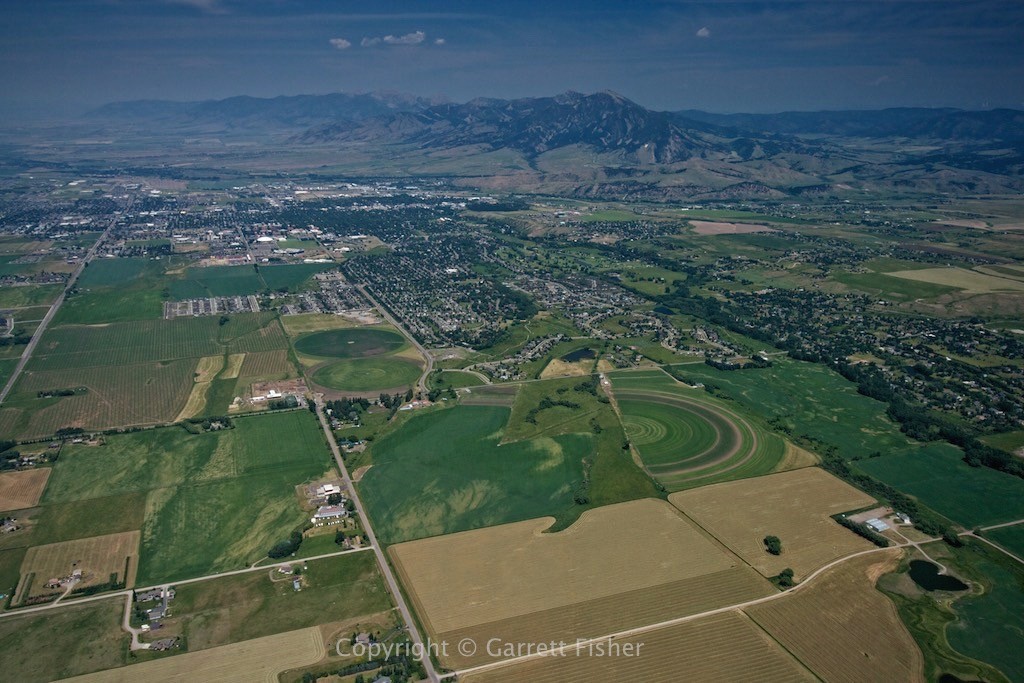