The airplane will be shipped to Germany on a 40’ shipping container, along with all of our stuff. Therefore, the wings have to come off for transit. Forever the domain of my mystical accounting office, I brushed off the whole affair as another item on the to do list, easy enough from a distance of time and thought process, until the day comes that it needs to be done.

That day was two days before packing the shipping container. Yikes.

I asked the friend of mine that went up for the final Tetons flight if he would be willing to help disassemble the airplane. I was sheepish, thinking it was a sizable burden and hoping the flight around the Tetons would be suitable temptation to help. He, it turns, was eager. “Take a [expletive, present participle form] airplane part? Absolutely! I have never gotten to do that before!” In the event my friends at the FAA have subscribed to this illustrious flow of literary brilliance, there was a certified mechanic supervising the whole affair.

The wings are held on by 6 bolts for each wing. Two contact the fuselage at the top of the airframe, 2 contact the fuselage and lift struts, and 2 connect the lift strut to the wing. This is doubled for the second wing. There are two cable connections for the flight controls in the cockpit that have to be loosened, and three fuel lines and one pitot tube must be disconnected from the left wing. There is an antenna for each side that attaches to the ferring strips, which are metal pieces screwed in to cover the gaps between the wings and fuselage.

Fuel and oil had to be drained for container transit.

Without much fanfare, it was all over.

That is, of course, until my wife asked “What about the tail feathers?”

[expletive, noun form] Yeah, I forgot about those.

The tail feathers, technically speaking, are the rudder, elevator (up and down control) and stabilizers (what the elevator attaches to, known to non aviation folks as “that wing thing in the back”). The rudder would stay on for the shipment, though the elevators and stabilizers had to come off.

That included 4 braces, two control cables, some hardware, 13 bolts, a pile of washers, and some metal tubes and things. Despite their small size, that whole affair took longer than the wings, as twenty years of remaining attached to each other meant that certain things were stuck or frozen into various places, which is fine for flying, as these airplanes are not exactly made for continuous assembly and disassembly. It did, however, offer the chance for in depth inspection of highly critical flight components, which is a nice thing for personal reassurance. 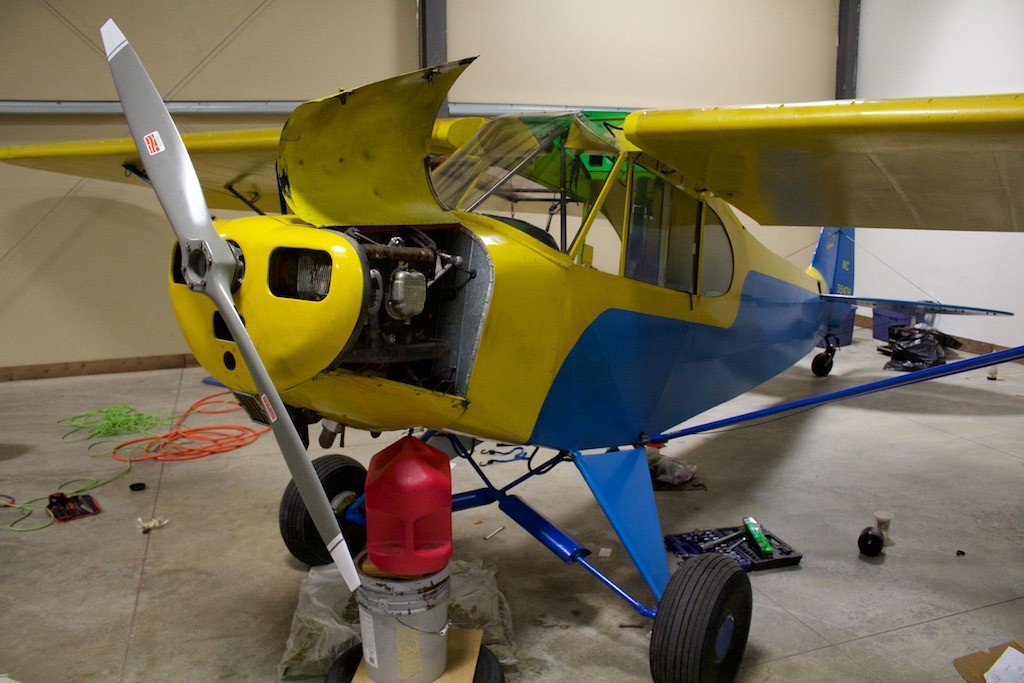 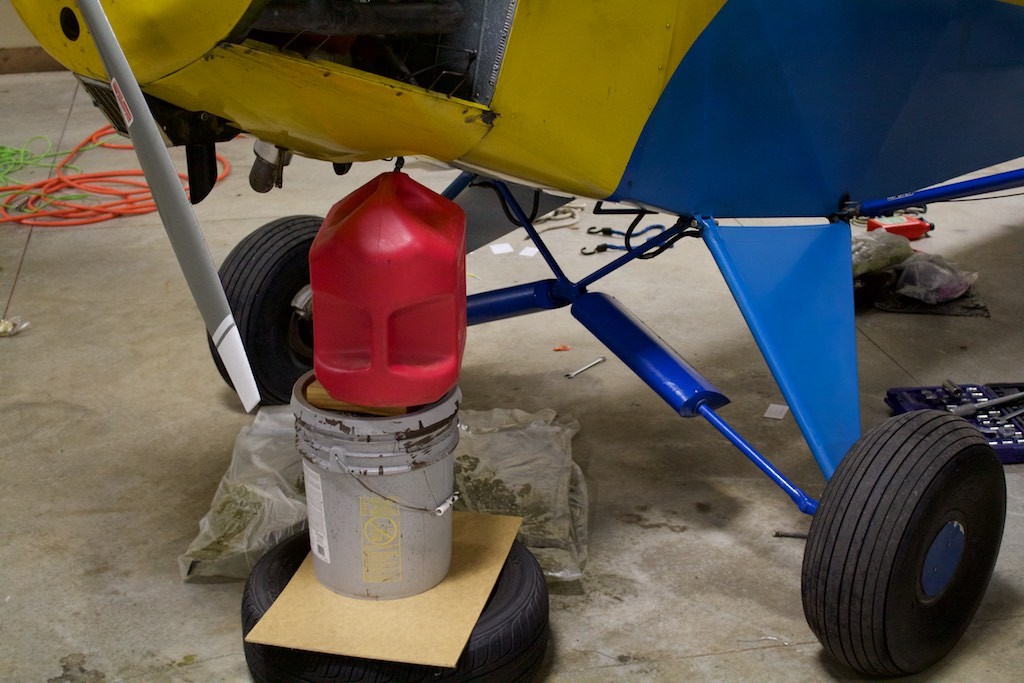 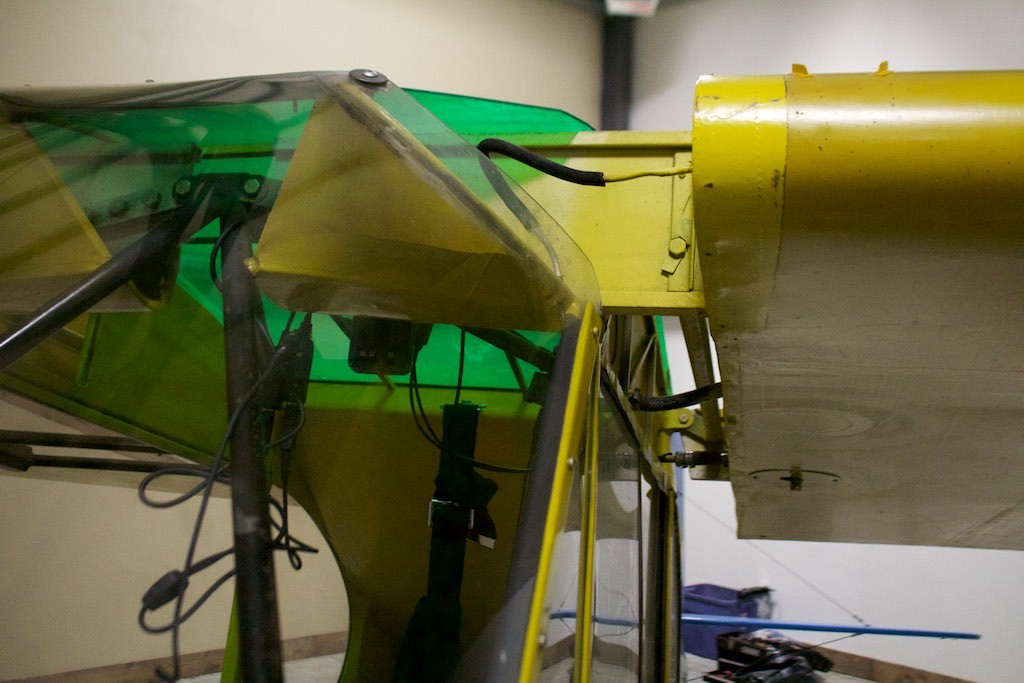 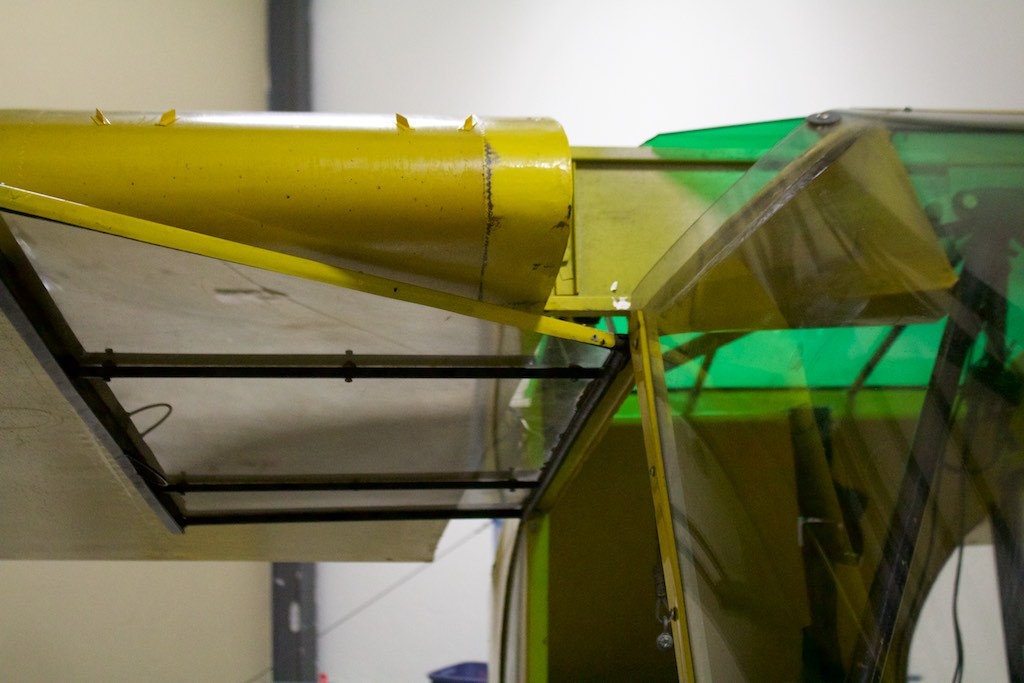 Yes, it can have only one wing on and not fall over. 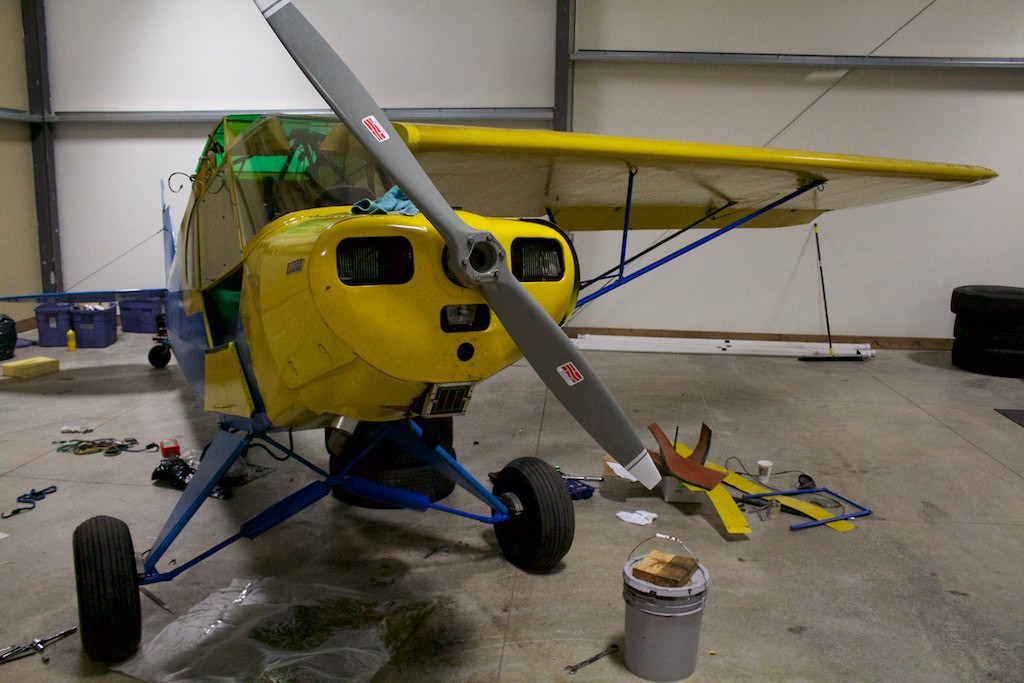 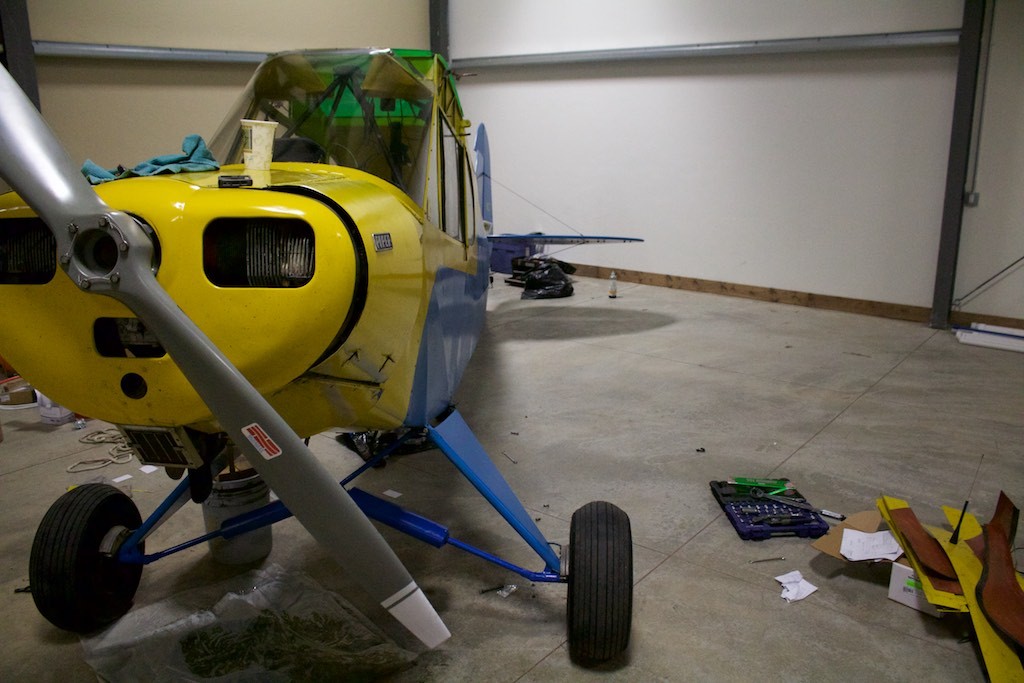 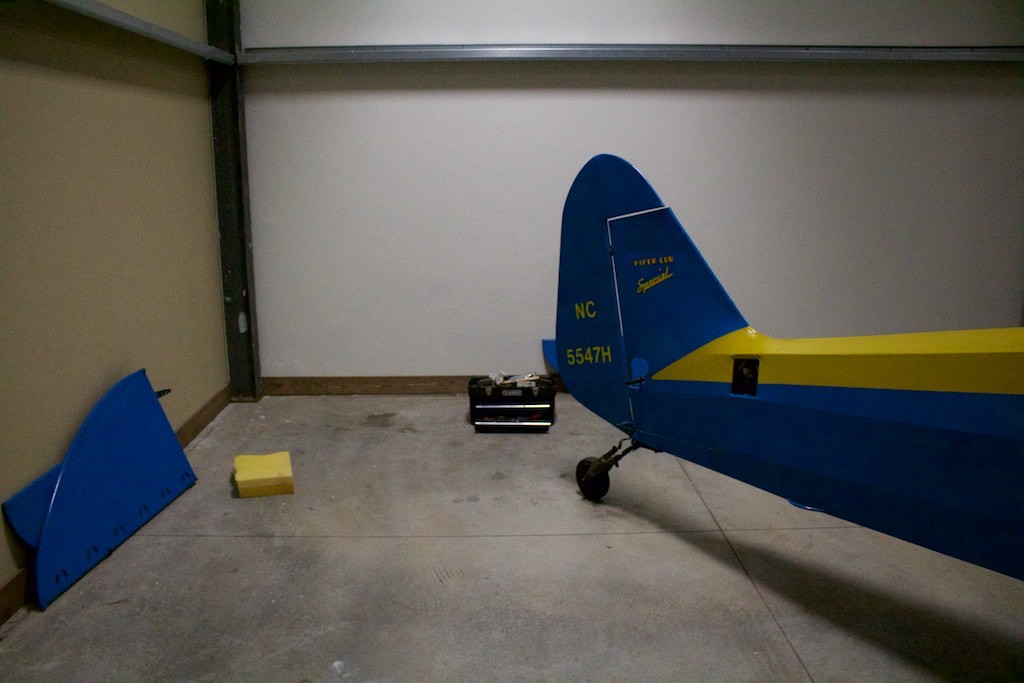 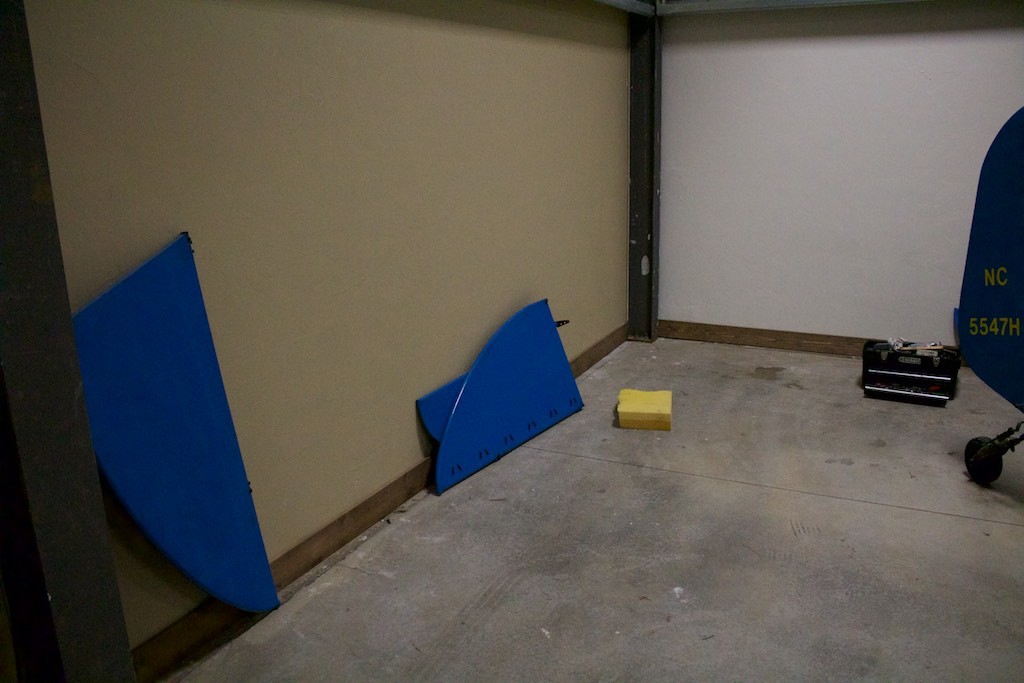 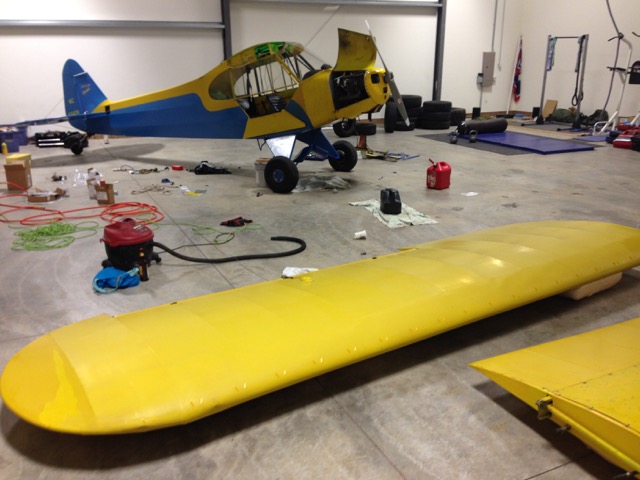