Yellowstone, like any other place on the planet, has its share of rewards as seen from an airplane. It’s a tried and true maxim that the view from above is always interesting and sometimes unexpected. As an adventure pilot, I routinely go to the brink of what is possible. Yellowstone so far is the only place that makes me nervous before every flight.

“Aren’t you more afraid of mountains than Yellowstone?” No.

Mountains have timberline and valleys. Winds are rarely a surprise, though they are usually intense. If an above timberline emergency landing is not viable, then something in the valley, or a high altitude meadow almost certainly will be. Yellowstone, on the other hand, is filled with gnarly rocks, boiling water, bears, trees, and grand distances between potential crash sites and civilization. I have a personal thing against using trees as emergency landing locations, especially pines. My kind of airplane can literally be landed in the crown of a deciduous tree forest and hang in the trees afterward. It will most likely tip forward and nose into the ground in a fireball in a pine forest. If I am not charred to a crisp or smashed to a pulp, then I become a steak that fell out of the sky for the overabundance of massive carnivores in Yellowstone. If those factors don’t kill me, then I have to choose between the philosophical questions of how well my satellite transmitter works compared to the choice of hiking 25 miles through bear country without a map.

That being said, there is a perspective that can only be seen by an airplane in Yellowstone National Park. It is where the edge of the caldera gives way to the Idaho Snake River Plain. It is verdantly green, receives insane amounts of snow, is almost 100% covered in pine trees, and is inaccessible by road. There are a few distant mountains one could climb and look into this area with binoculars. A hiker can walk in the forest, staying under the canopy at all times. Otherwise, one must fly to it.

Truth be told, I have not yet actually flown over it (that whole fireball/bear food thing). This would be the section west of Old Faithful and the Madison Plateau. I have gotten close, as my preferred path to get home to Alpine after some binge photography is to head over Targhee Pass and fly south. There are a few places where people live, along with a few dirt roads here and there, though by and large, the pine forests of Yellowstone descend out of the Park, into national forest, and then onto the relatively flat Snake River Plain before giving way to open range and then agricultural lands.

It still amazes me that a large flat section of the West is something I can’t seem to not be afraid of. Yet, like a moth to a flame, I keep going back. 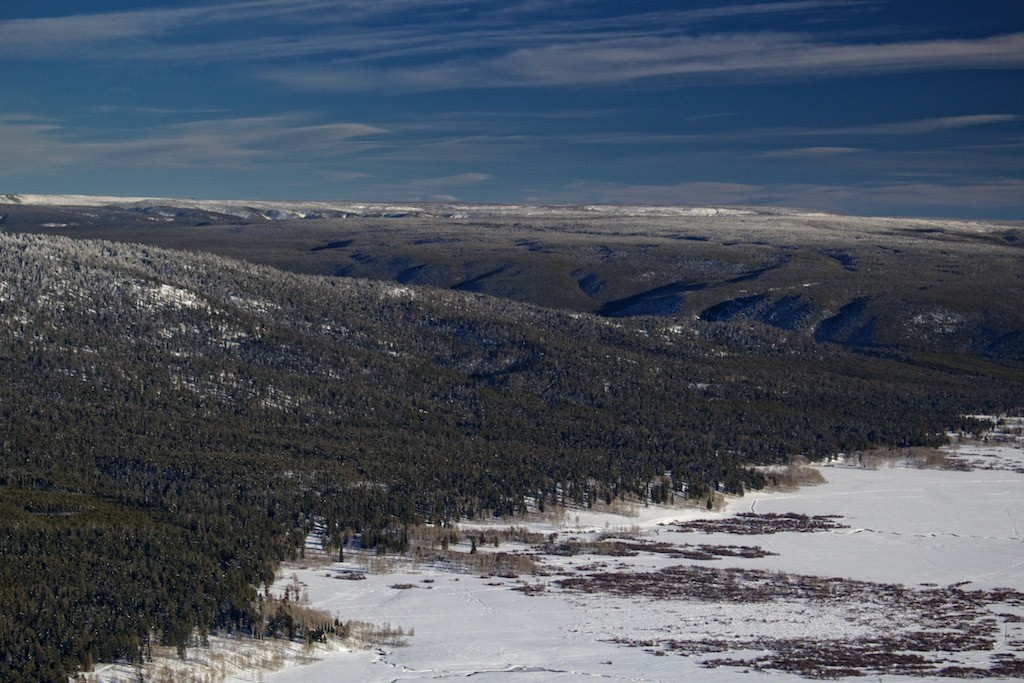 National forest in the foreground, rising elevation is the caldera rim in the background. 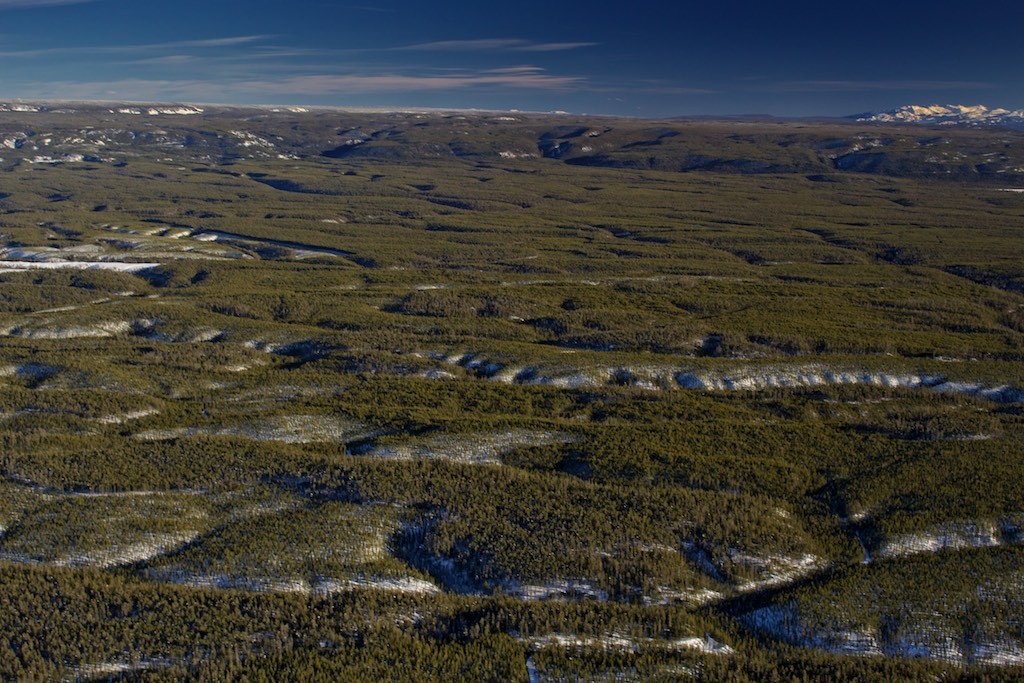