A quick note to recent subscribers, who have come over after abundant international press about glacier flying. This particular book is a one of a kind off subject post. The flying continues…. 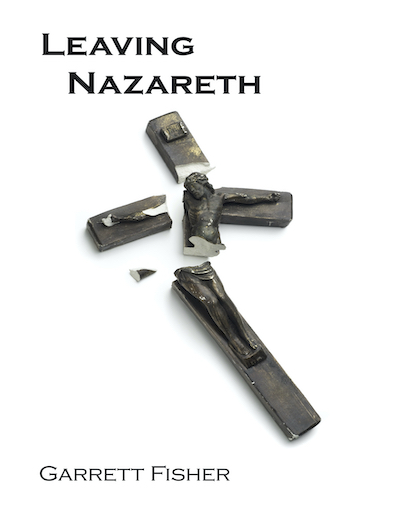 In May of 2014, two months before I started this aviation-themed blog, I sat with my MacBook by the Blue River in Breckenridge, Colorado and wrote the opening scene for a novel. I had two explicit goals in mind: the novel would end with a specific scene, a conversation between two characters. It would also, to the extent the story allowed, highlight the as yet uncelebrated subtle richness of the countryside in an esoteric, one-of-a-kind small town where I grew up in Upstate New York.

It was implicit to the storyline that I was going to address much deeper topics. The novel began with three main characters, newly out of high school, facing the world woefully unarmed by an upbringing in a somewhat odd group. That belies the history of Upstate New York. While it is presently a “politically progressive, socially conservative, religiously apathetic place,” it was once called the “Second Burned Over District,” due to the prevalence of street preachers consistently converting the masses to new movements and ideas, most pronounced in the 19th century. By the time I exited the womb, religion was relegated to Italian, Irish, and Polish descendants of immigrants who [might] go to church on Sunday, maybe, in sweatpants with a large Buffalo Bills logo on them. The “Burned Over” idea implies that the people got sick of it and gave up religion to a large extent.

East Aurora, New York is not known as a religious place. It is celebrated as the birthplace of the Roycroft Movement, the world headquarters of Fisher Price, and as an “artistic and literary town.” Perhaps its trendy nature, resulting from inundations of dot com era capital from a shrewd developer, or the presence of a Native American reservation in the days of yore, which separated the town from the nearby City of Buffalo, made the place unique. Maybe it was the fact that it will always hold the throne as being the first small town in America to successfully, once and for all, fight off Walmart from coming into town. Or, as of the time I left, perhaps it is its rather surprising racial homogeny. In any case, it is a small town with a unique aura, of which I am surprised hasn’t been the feature of something larger already.

Driving down Main Street, itself an eponymous fixture, one notices an astonishing variety of churches: many mainstream, many not. Yet, day to day life features virtually no religious significance amongst the townspeople. What is in other areas of the world a way of life is a definitive subculture, where vivid renditions of the universe around them are carried out in groups, creeds, acts of worship, and churches, without anyone else knowing or caring. After having lived in other places, where these realities play out more so in the public sphere, it was unique.

I would like to broad brush the subject and mention that I grew up in a “very religious household.” That cannot possibly do the matter justice, along with its concordant influence on the content of the novel. My father was a bankrupt, washed out dairy farmer turned landscaper who really would have been utterly at home performing traveling revivals in tents in the Midwest, to the point that no less than three family summer vacations were spent literally in the depths of the rural Upper Midwest, preaching to farmers while outrunning tornadoes on two occasions. Running into some money later in life only added righteous fuel to the flames. He never did say that God told him to build golf courses, but I wouldn’t be surprised if a vision was involved in the bidding process.

One of my coping mechanisms was, at the age of 18, to flee to Ecuador to perform voluntary missionary service. I saved up money, quit my job, and to make matters worse, had to go to battle with the same street preacher who disagreed with the idea (I reluctantly admit he might have had a point). Like Moses scorned by the Israelites he came to save, I waged righteous warfare with my parents, bent their will, boarded a plane, and disappeared into the tropical slums of Ecuador, during a revolution.

I must at this point note that it was just a foretaste of my adventures in 2016, fleeing the repression of the German Fatherland by moving to Catalunya, just before an independence vote in 2017 that, as we all know, went to shit. How did I handle that situation? I made sure I was in the air in the Cub when independence was pseudo declared.

By this point, one is likely presuming that the novel is autobiographical. When it comes to the group for which I was raised, there is an unspoken rule that the only acceptable content to consume, negative or positive, about the religion should come from the religion itself, and particularly from the area that regularly produces ecclesiastical content. Thus, a book, even if fiction, written about this group would be written to an audience of none.

This brings up another reality, which is itself a literary opportunity. Amongst my missionary activities, I seemed to develop an aura, as though I had a cross stamped onto my forehead, which subconsciously advertised to holy rollers of all faiths: “this man needs Jesus.” As if I did not have enough already, in a revolution, on the dirty, malaria-infested, dengue-ridden, gang plagued streets of Ecuador, spreading the word of Jesus myself, apparently Christians felt that I needed more.

I cannot keep track of the quantity of conversations that I have had with Christians of every conceivable denomination, where the intent was mutual conversion. As I understood it, they were misguided by the Devil. As they understood it, I was an ideal zealot candidate damned to hell unless they intervened. That presented a mathematical problem, as by some estimates, there are 37,000 denominations of Christianity, the bulk of which believe that all the others are wrong and worse, are from Satan.

That brings up some very complex philosophies. While belief in the western world is a matter of personal choice, the institutional framework of how these beliefs is played out is anything but. While many ordinary, large mainstream faiths are at this point non-dogmatic and apathetic, the terms of belief for a significant quantity of them is that, once a framework is agreed to, the freedom not to believe without significant consequence has been abnegated.

I chose to approach the path of fiction as a mashup of a variety of factors. Long, drawn out conversations with zealots of innumerable faiths is an education, not only into official dogma for countless faiths, but also into how individuals think and reason on such matters. It is one thing to research what a faith believes; it is another to hear a person try to convince another why and how those beliefs should play out.

While the reality of faith plays out all over the world, I can only seem to interpret it from an American lens, where it is intense and homegrown. Denominations, street preachers, and odd groups spring up all the time, all over the country, rather convinced in their correctness, to the point that the most recent Supreme Court justice came from such a faith in Indiana. In any case, it is a form of a divine wager played out in the lives of practitioners and foisted on the next generation, one that is doomed to clash, sometimes spectacularly. All one has to do is look at America and, well, does any of this surprise?

The fun part of such individual and national dysfunction is that it produces the most hilarious of outcomes, and that is a theme that carried through the story. Time and time again during the writing process, I would burst out laughing at the narrative hitting the pages, as I am doing now just thinking about it. To foist teenagers with an impossible divine belief wager, tell them they can’t have sex, and then deny chemical substances that would allow the steam to blow off does one thing: it pressurizes the system. With that comes alarming amounts of drama, resulting in what I hope to be the newest addition to classic American literature.

While I have not once mentioned this project on the blog, it has gone with me everywhere this blog as gone. Every country, seashore, rushing river and pensive location, strewn all over the places I have lived, has featured me sitting in the same folding chair with my MacBook, on poor flying days, chipping away at a story that had to write itself as it went. I hope those that read it enjoy it as much as I enjoyed writing it.