I didn’t think I’d go for #8. I had previously sorted, retouched, exported, labeled, and organized all of the photographs for this book (not mention getting my sorry ass into the airplane and actually taking the photos) almost a year ago. The thing is, it is hard to do a book about the villages in which Catalan and French people live, publish it in English, and expect anything to happen. Upon further research, translation is not cheap. For that matter, I’d really need it in Catalan, Spanish, and French, and, while I am at it, I would be writing the text in English, so might as well throw that in too. Then I got the brilliant idea: why not go light on the text and just be done with it? But how do I find three translators? Will they get it done in time for this fanciful little goal of mine to get it on Amazon before December 31, 2020?

Happily, the translators were available and delivered quickly, something unusual when someone is located anywhere near the Mediterranean Sea…

The story behind the book is somewhat interesting. As is readily evident, I generally like to keep people out of my images. While many do not like that, I point to Ansel Adams, who did the same, and he is considered one of the American forefathers of photography. So, phooey…people are not needed. Anyway, after so much time in the air above La Cerdanya, I couldn’t help but be drawn to the artistic arrangement of the villages below, many of which looked drastically different one from another, though each equally as interesting.

Eventually, I got the idea to do a book on the subject, but it was only after having completed the flights in Cerdanya. What I mean is that I was not actively taking village photographs intended for a book; I decided after having a massive pile of images collected that I wanted to do a village book. That meant sorting through well over 100,000 images. I am pleased that I may have only missed a small handful of villages, or if one wants to debate the point, none at all. 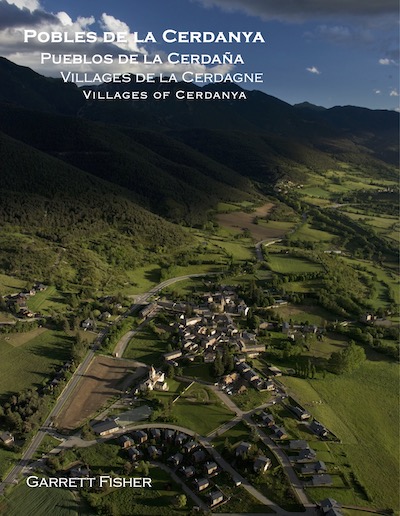