So, the time finally came to make a 2,000 mile flight west, from the Atlantic Ocean in North Carolina all the way to Wyoming, on the Idaho border. We’re officially moving to the least populated state in the country, and we cannot wait, especially as we’ll be living on an airpark. As of the beginning of the flight, the plan was actually to leave the airplane at a small airport near the closest international airport: Salt Lake City, and come and get it after we moved out.

The forecast, as usual, called for sunny skies. The reality, as usual, was quite different. Coastal stations were reporting marginal conditions with lifting morning fog, and the Piedmont of NC and VA was reporting “zero zero” conditions, pure thick ground fog, bad enough that it would ground even some instrument flights. According to the forecasts, the whole thing would lift by noon, hosing up my brilliant plan for a three-day flight. Alas, it was the weekend, and it was still smart work-wise to fly as much as I could on the weekend so as to get something done during the week when it was all said and done.

I took off at 9:45 from Manteo, NC, under the expectation that I would fly 2 hours west under the low cloud deck, and then refuel/wait it out/go through if it was ok. The observations refreshed on my iPad, and the stationary front over the Piedmont was as thick as ever, ceilings at 300 feet, visibility 1.25 to 3 miles, with pilot reports indicating the fog topped out at 1,200 feet. If it kept up, I would go over the top, as the foothills of NC and VA were reporting sun. However, I needed fuel, so that I would not run out while flying over fog.

I landed at Halifax, NC fueled up, and pressed on. The cloud deck was 1100’ above the ground, and I was wondering how the fog would materialize, as it did not look evident anywhere ahead. I passed a mysterious line from the coastal plain to the Piedmont, where visibility improved dramatically (this line is almost always there – snap your fingers and visibility goes from 15 miles to 40 as coastal moisture gives way to Chinook winds off the Appalachians). Approaching the site of the mysterious ground fog, and the sun was out. It burned off before I got there.

Approaching the Blue Ridge Escarpment, thermals were quite active, and winds were quite gusty, making the trip fatiguing as I got knocked around. The ascent to the Virginia highlands was coincidentally over the Dan River “canyon” (I don’t think it is named that), a mysteriously steep canyon that is not part of a park, and best viewed from the air. It makes it into my upcoming book, “Flying the Blue Ridge Parkway,” as it is very close to the BRP, yet not visible from it.

Fuel was at Mountain Empire, VA airport, followed by heading into VA and KY coal country, straight out of John Grisham’s novel “Gray Mountain.” Strip mining is not a pretty sight, though I can’t say that said section of Appalachia was pretty to begin with. The KY coal fields were quite awful, though it did finally give way to central KY, which is more picturesque. I was able to make Henderson, KY (near where Illinois, Indiana, and Kentucky meet, on the Ohio River) for the night, quite a surprise given the headwinds and late start. The folks at Don Davis Aviation were incredible: courtesy van, discount rate at the hotel, all around concierge service and very friendly people, which is a really nice combo at tiny airports. 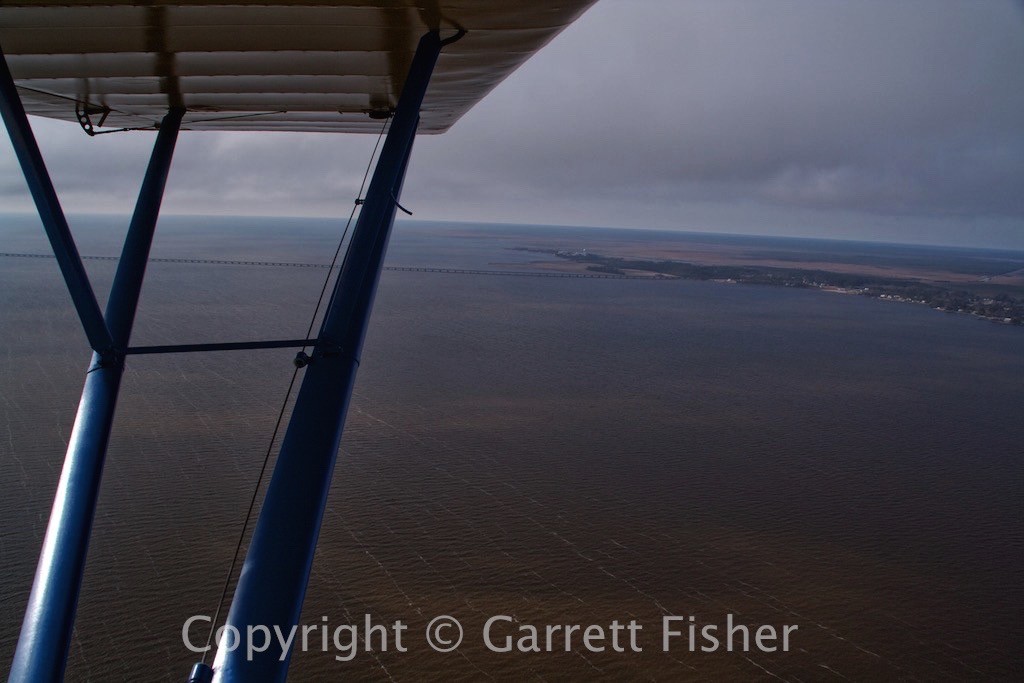 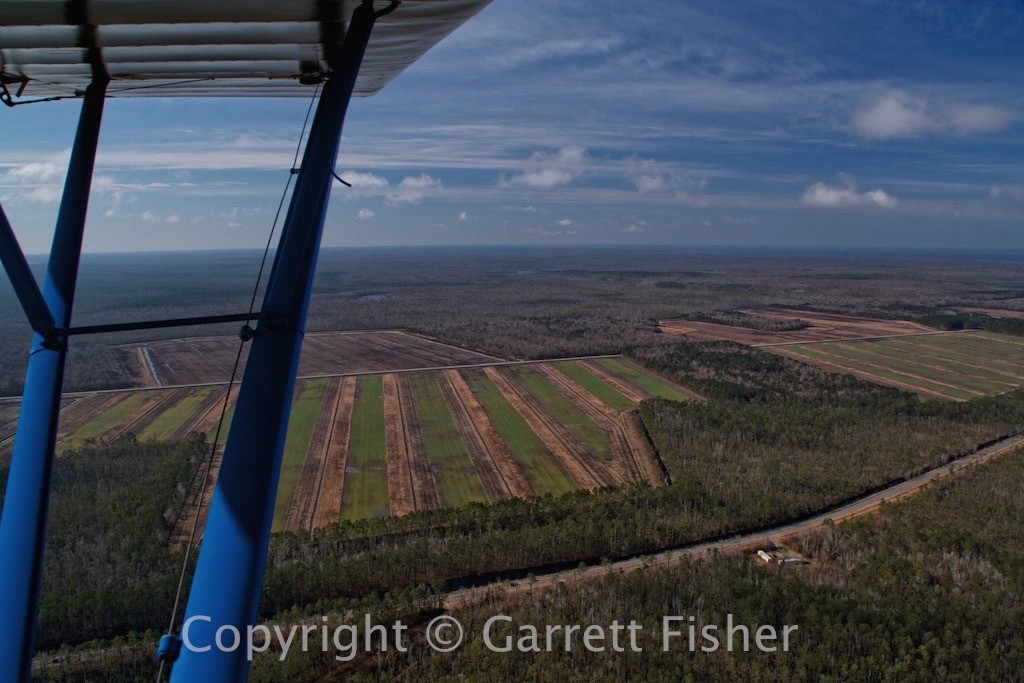 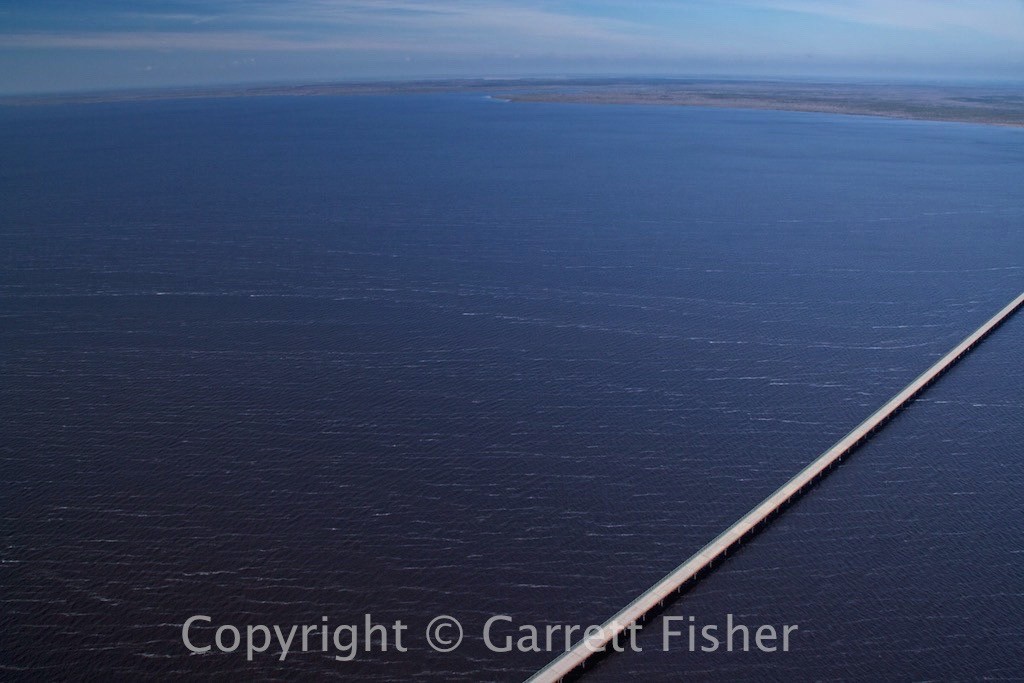 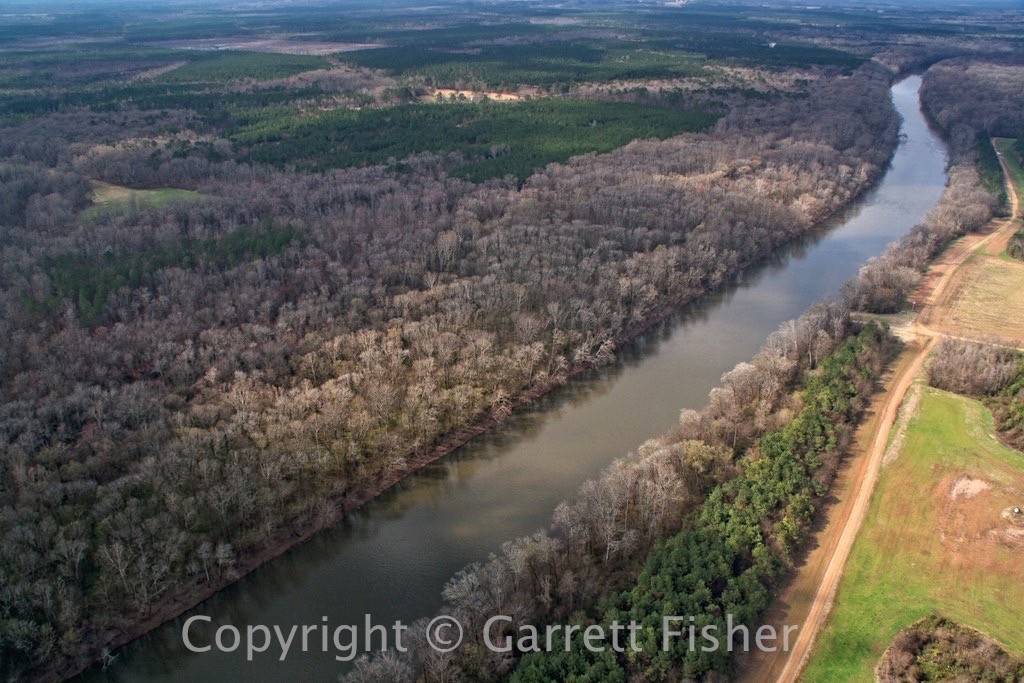 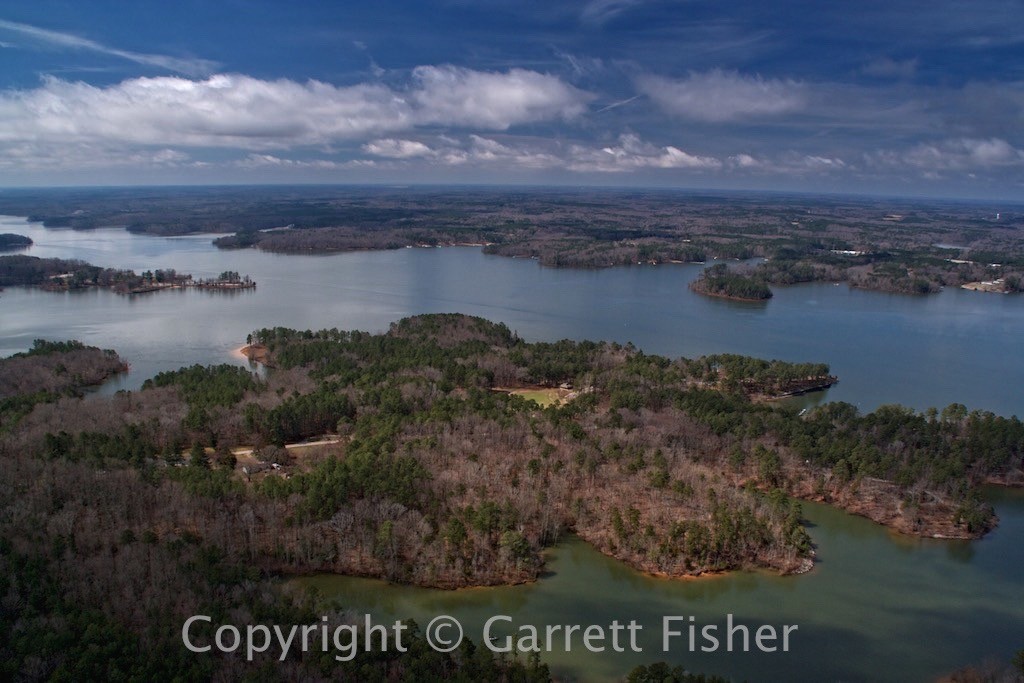 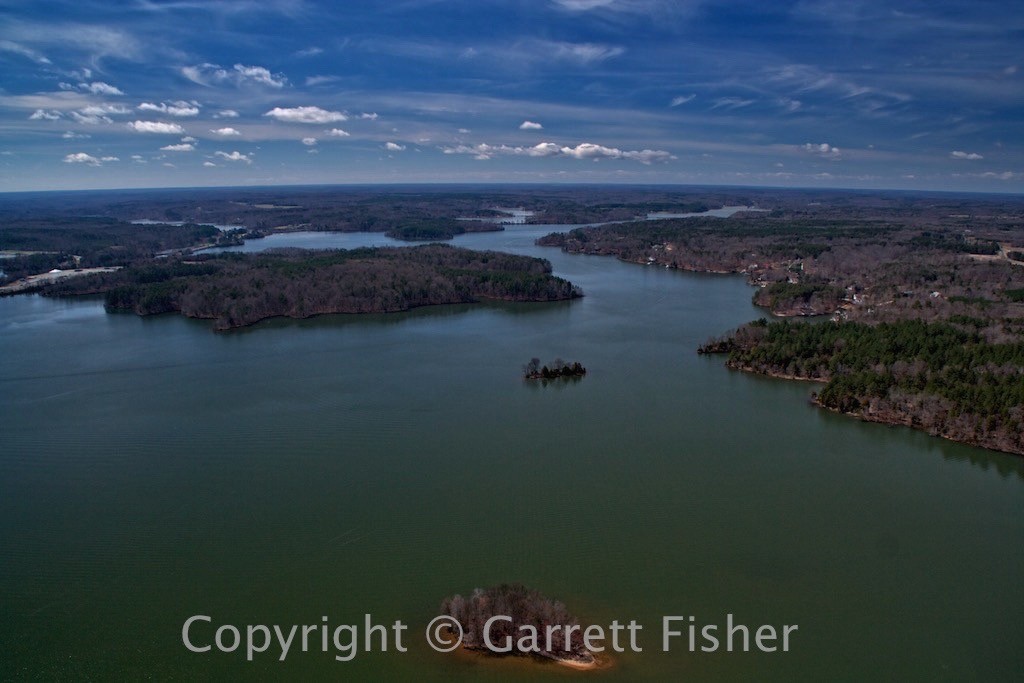 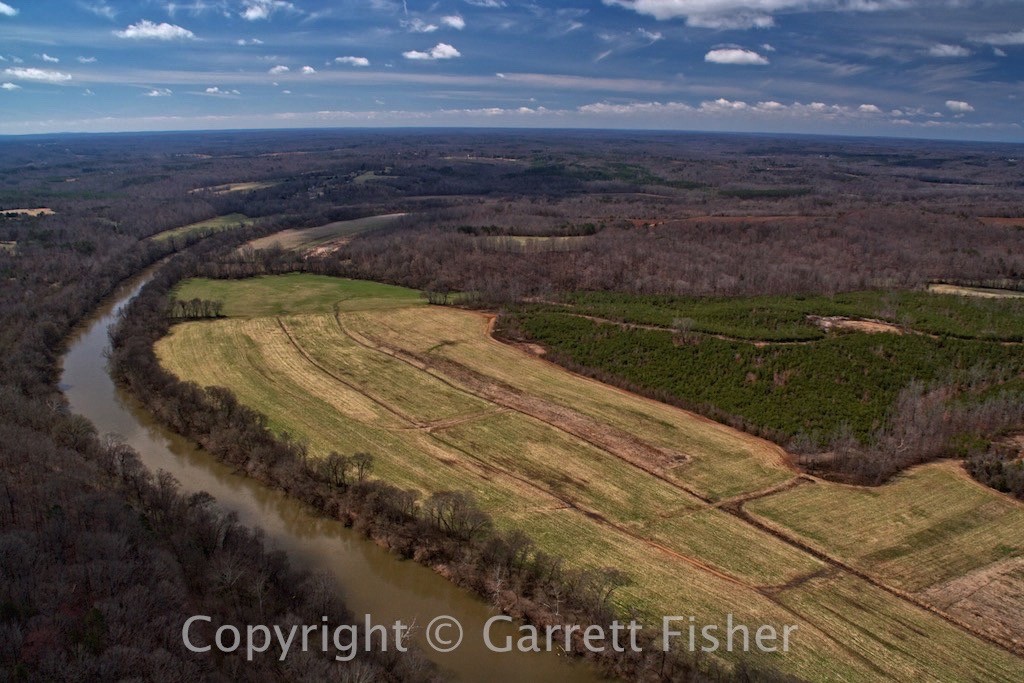 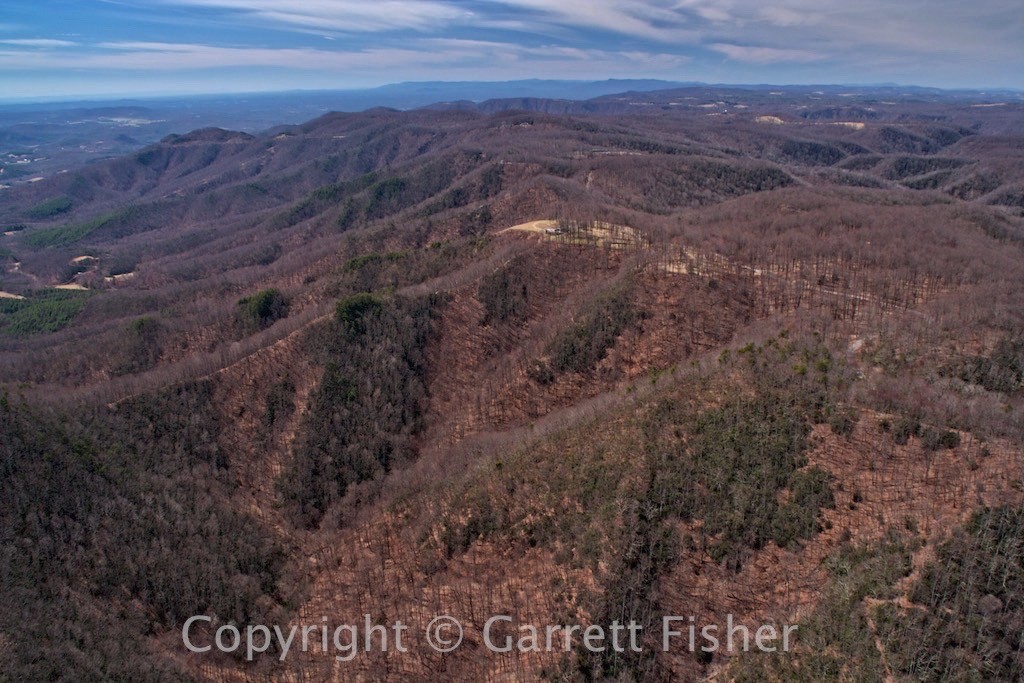 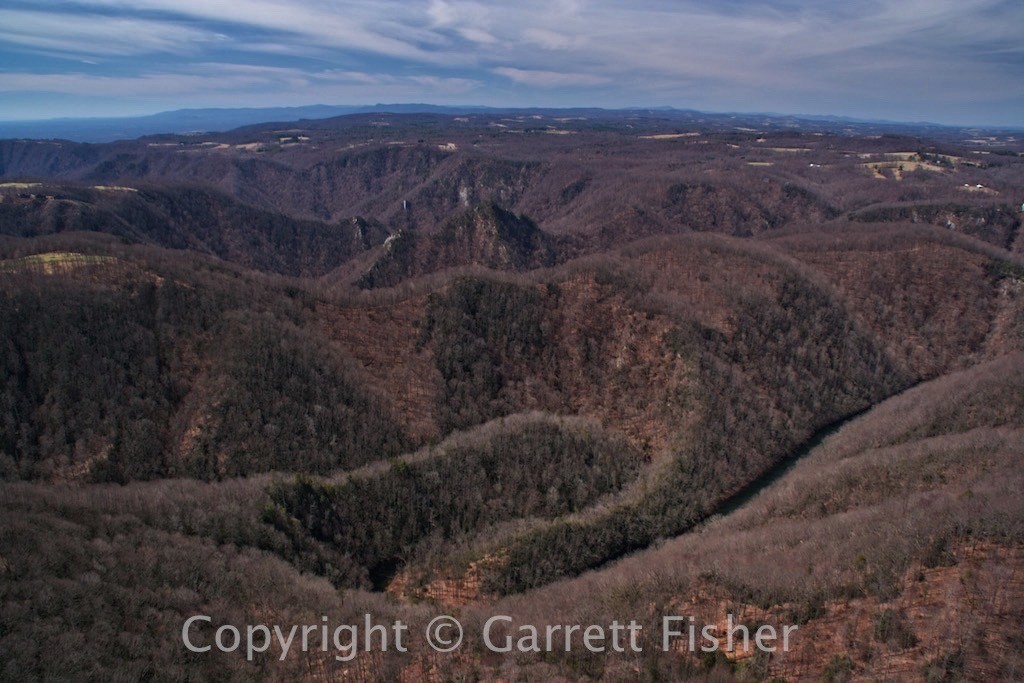 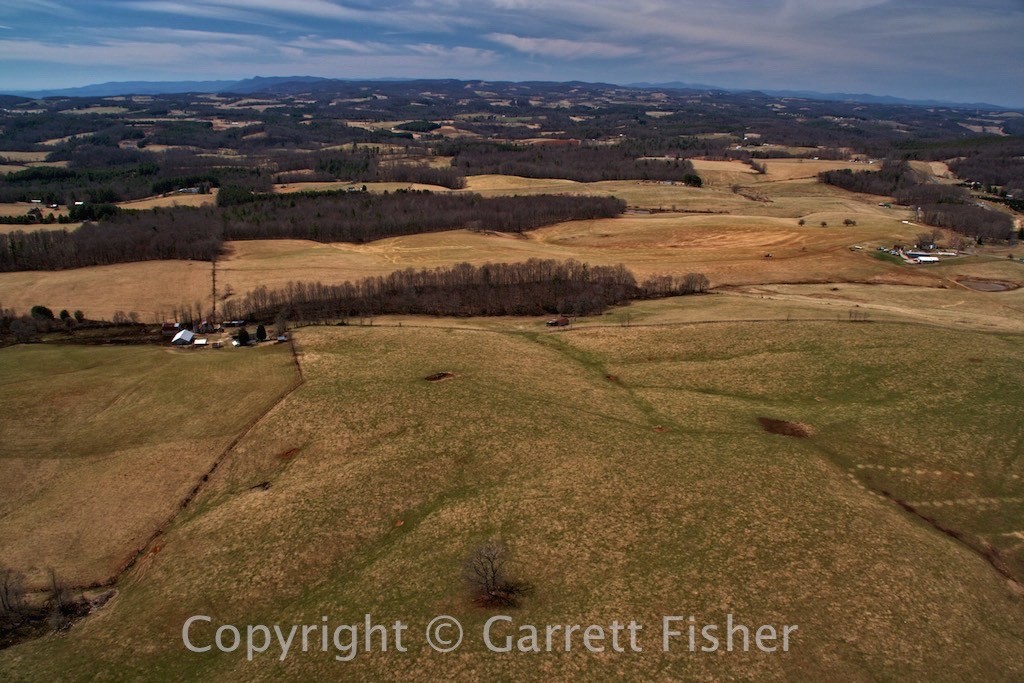 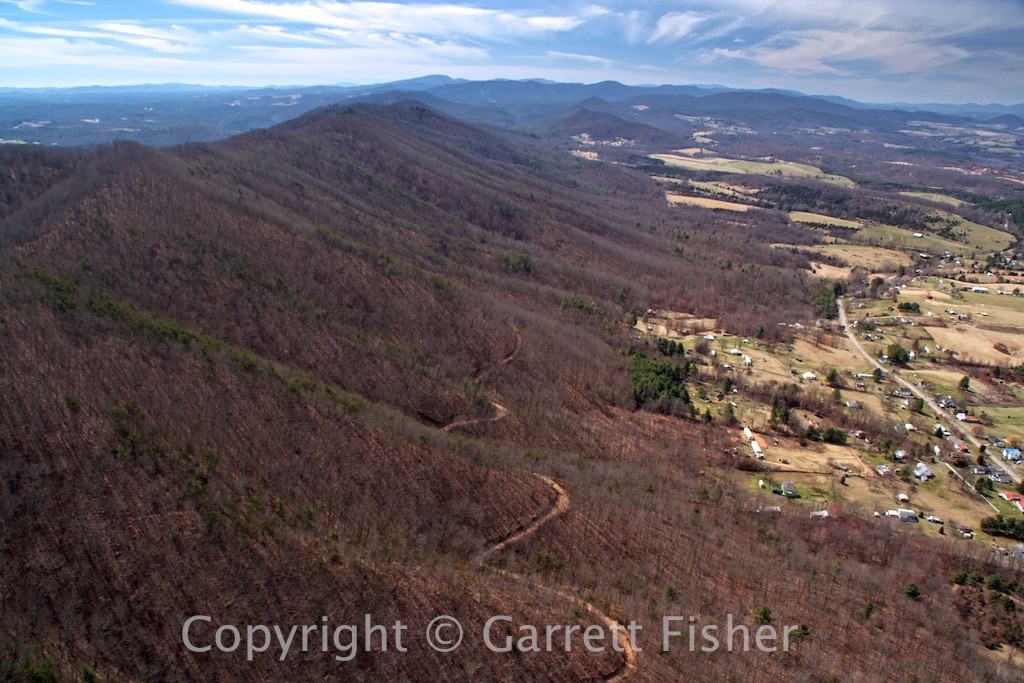 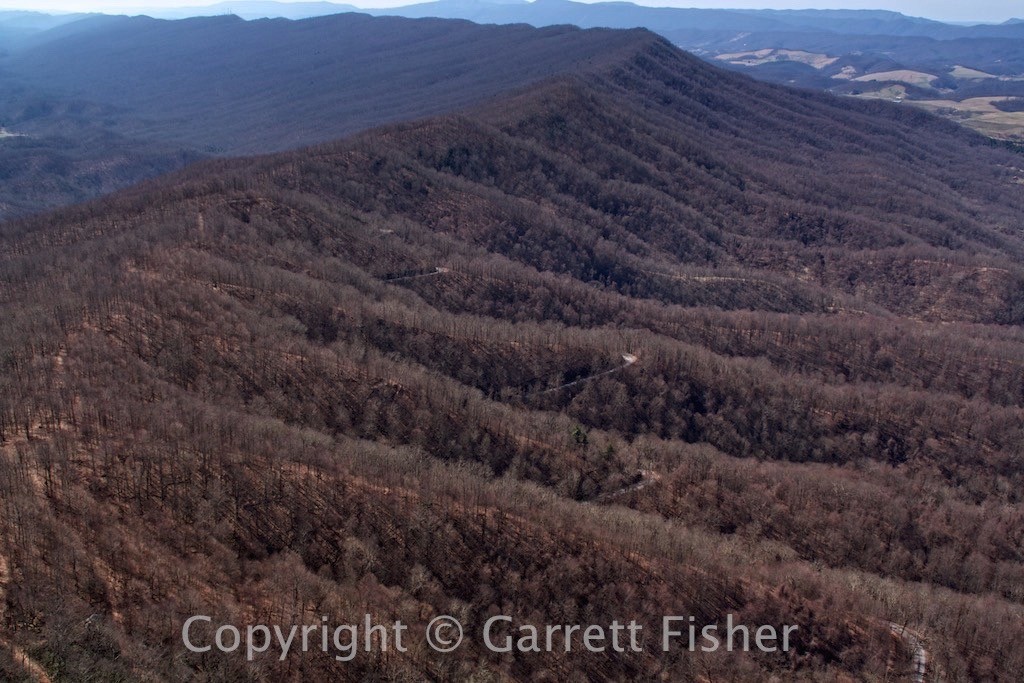 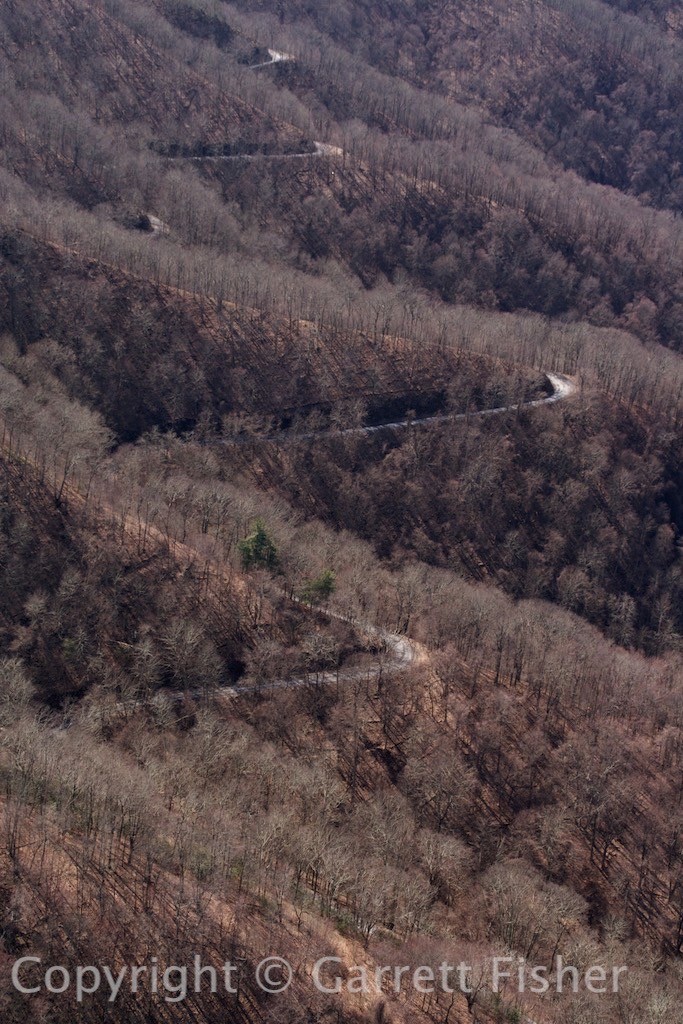 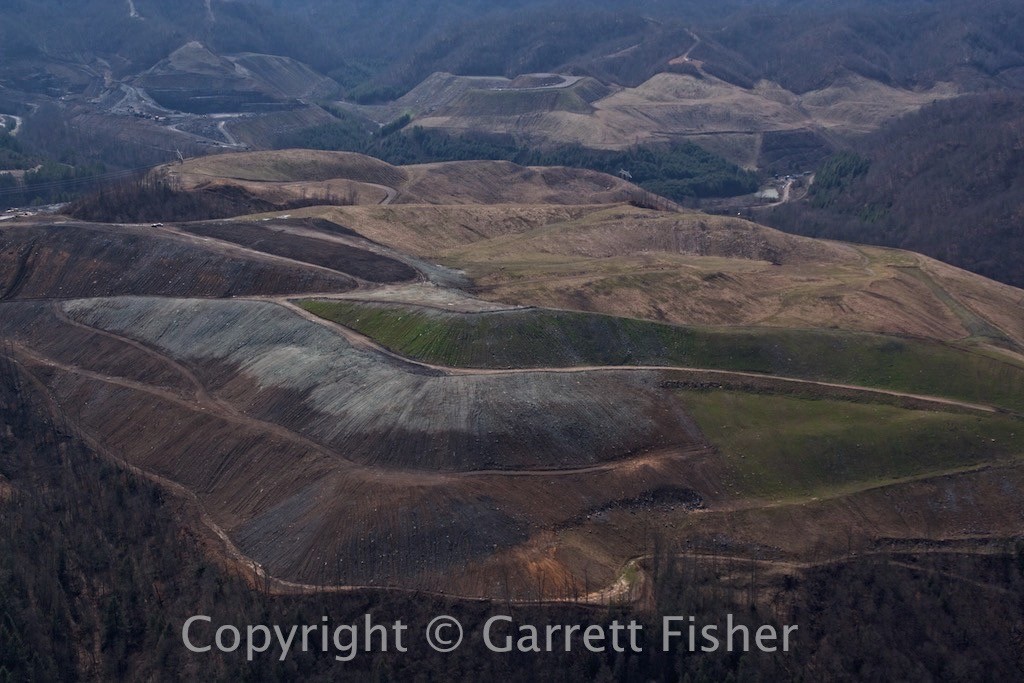 Virginia on the left, Kentucky on the right 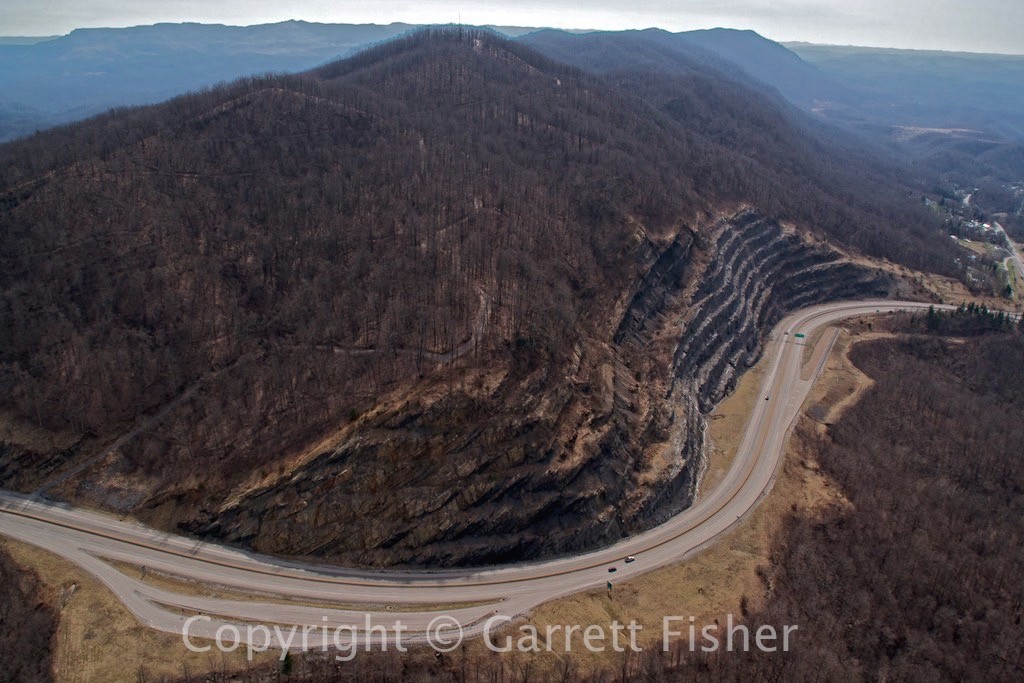 Almost Illuminated Mine Runoff – Environmental Delight – Looks like the Bahamas 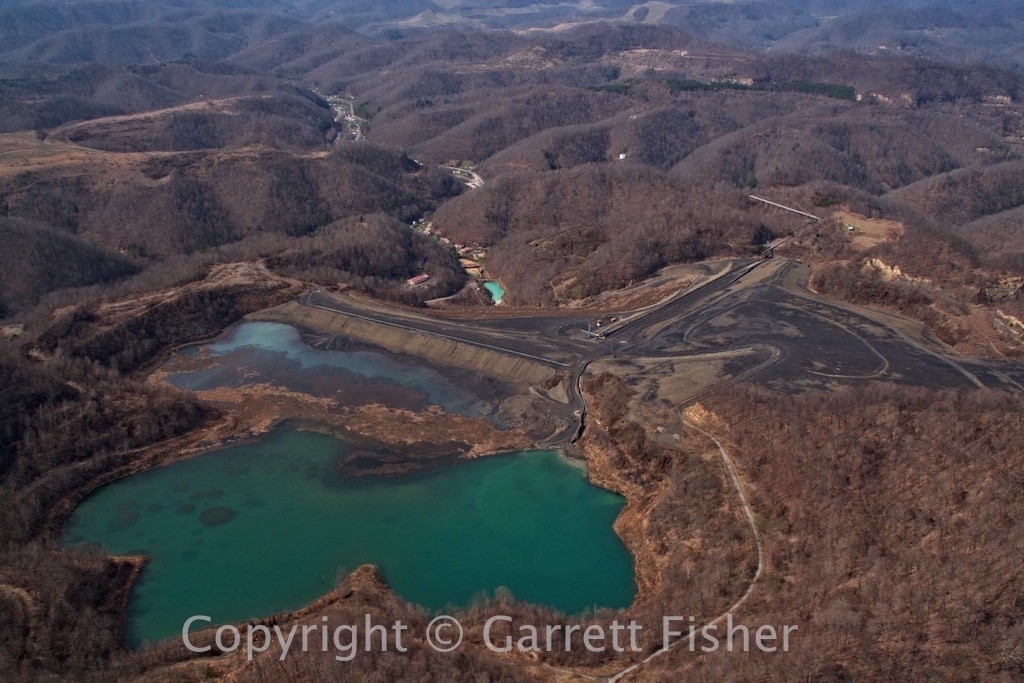 Strip Mining – At least they left some trees in the middle 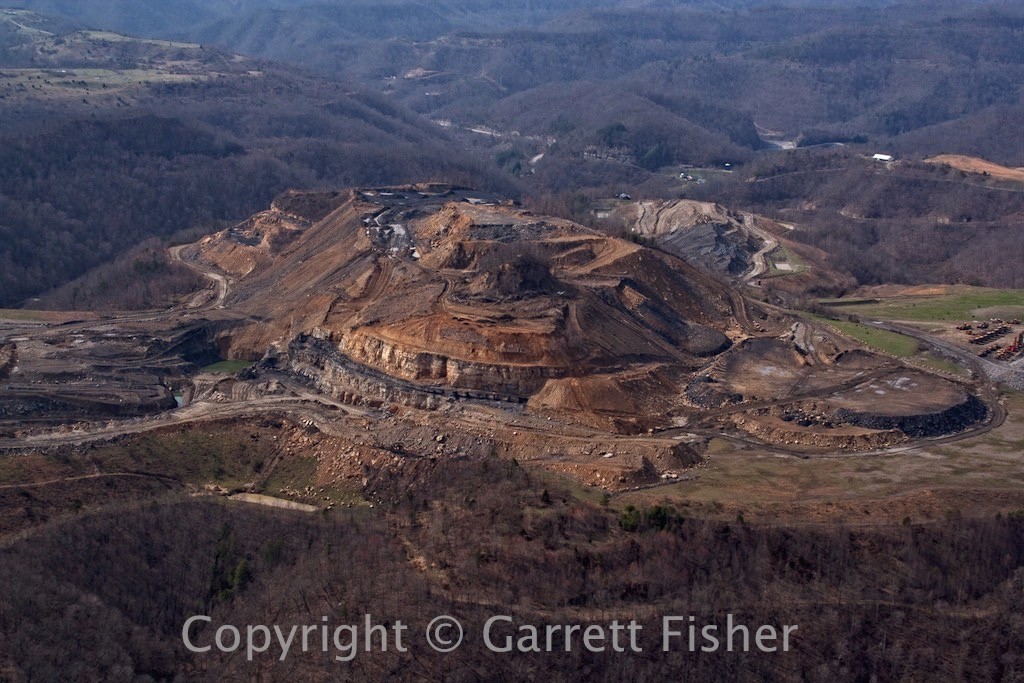 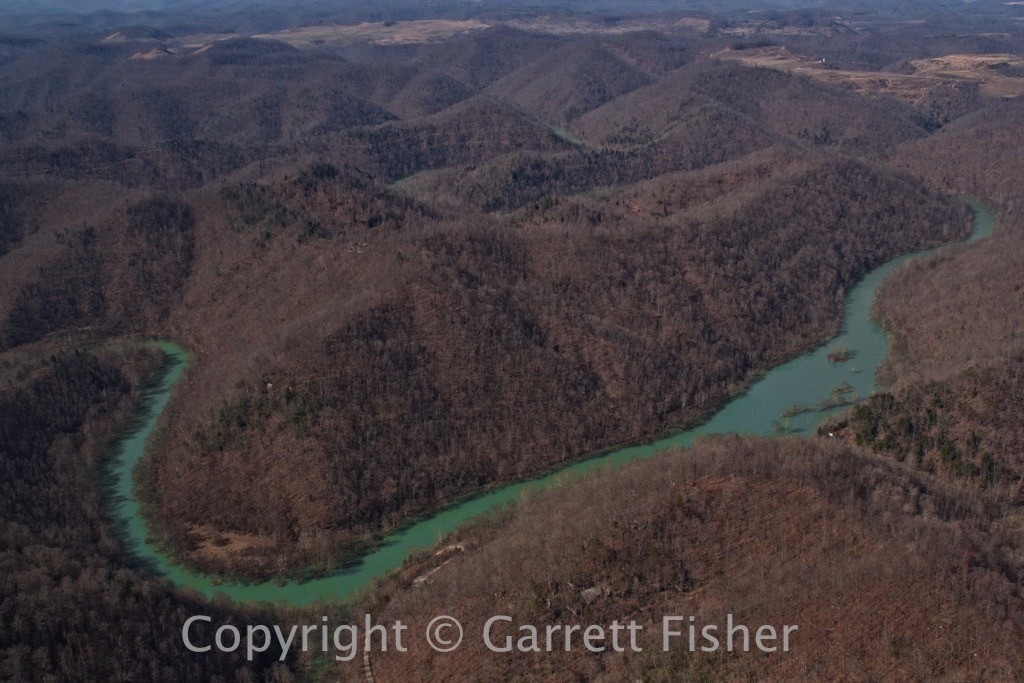 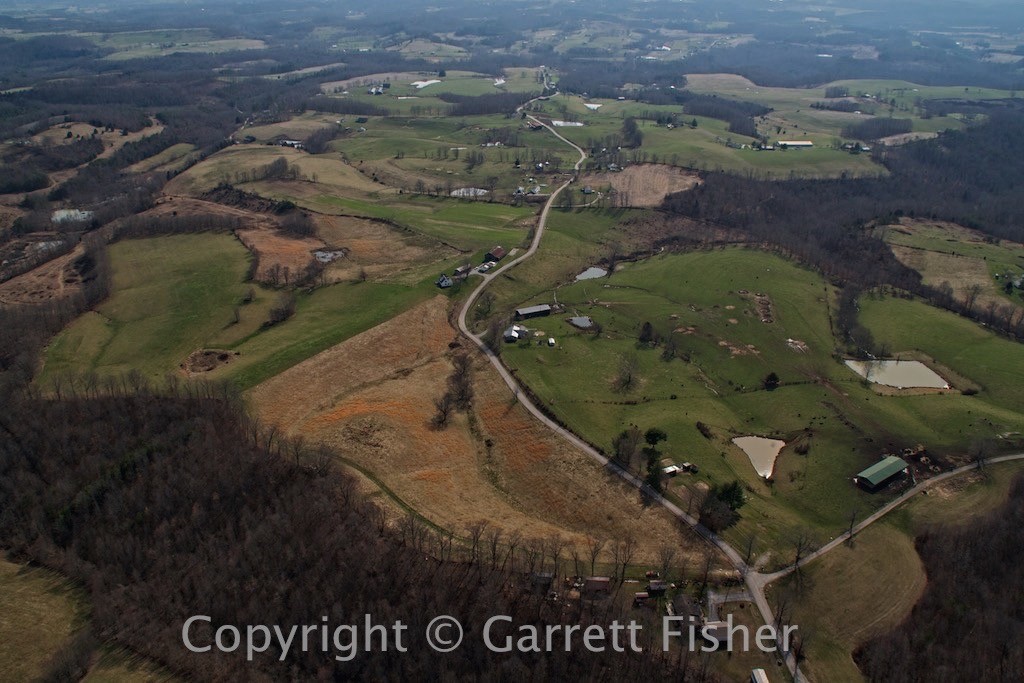 Caves – notice the train tunnel to the bottom left 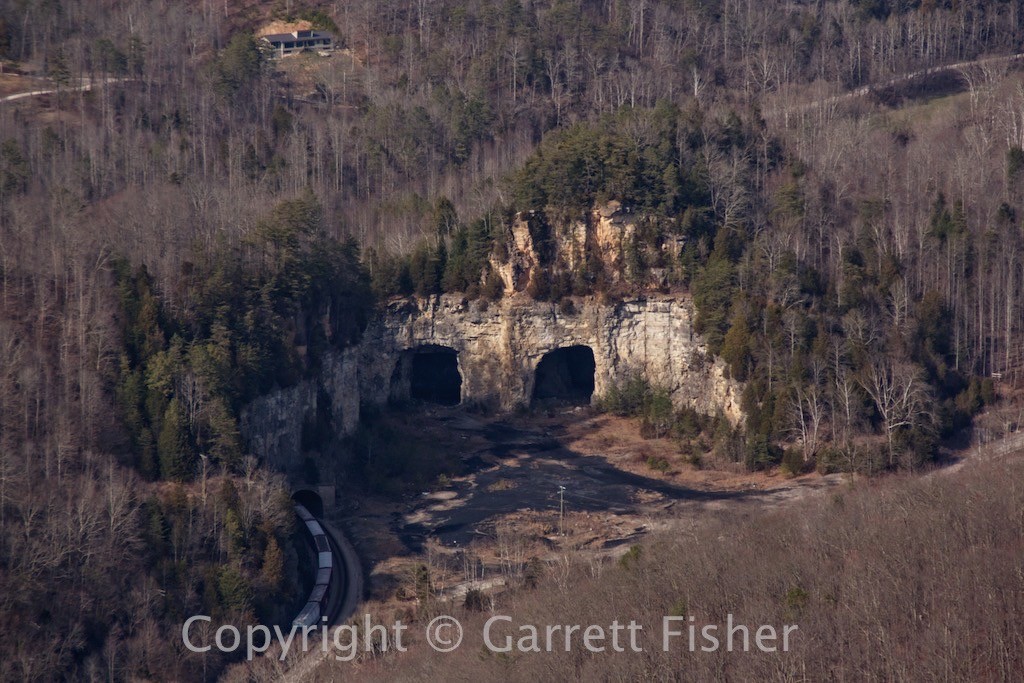 Redneck hut – lots of these in Appalachia and KY. I think they have something to do with hunting 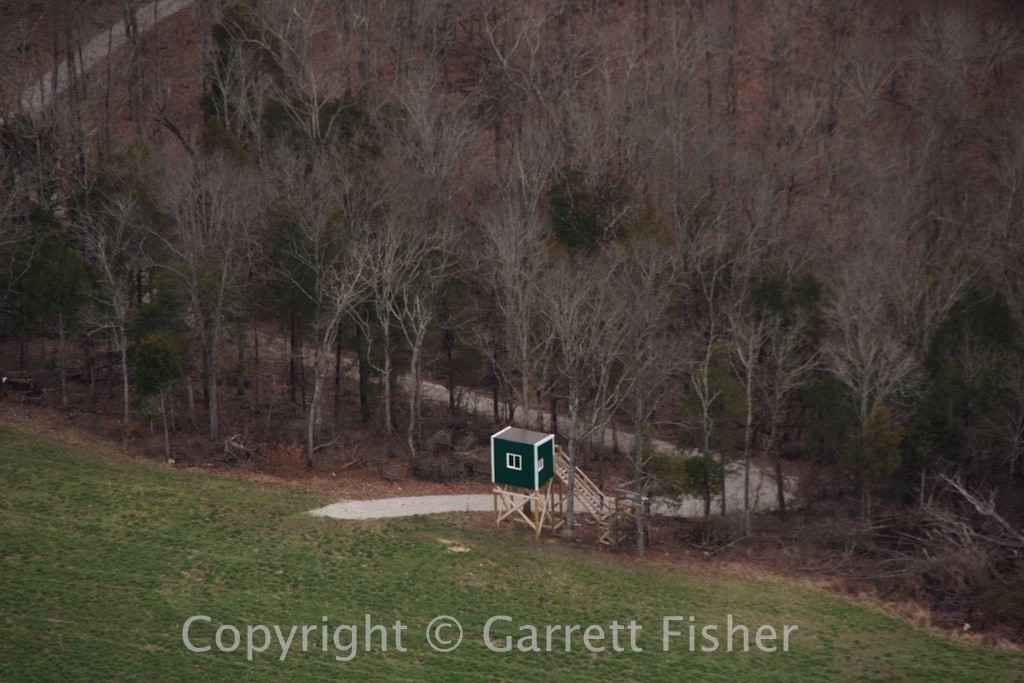