Today presented an interesting conundrum. My newfound goal at Ocracoke is to break my consecutive daily flying record, which stands at 4 days (meaning that I flew daily for 4 days). This happened 3 times in the past, and the closest runner up was 5 times in 7 days during a NY February. It helps when I lived on an airport. If this scheme holds true, it will be 8 days of consecutive flying. We’re at 3 as of now.

The problem is, there are no airports with fuel within 40 miles. The gas stations on Ocracoke do not carry ethanol-free (certain airplanes can take ethanol-free car gas). Thus, if I wanted to fly around for fun for the next 3 days, I needed gas, as Morehead City would be closed for Christmas.

The weather was ok here at Ocracoke. Three thousand foot ceilings, steel gray sky, and haze. The rest of the East Coast was practically fog. Morehead City was reporting 300’ ceilings for most of the morning. Well, she cleared to 600’, and we were off.

Everything was fine, until within 10 miles of the airport. Ceilings dropped to 250’, though over the sound. I dipped down over the water to duck under it, and sure enough, it was higher on the other side, just barely high enough to get into the airport. After fueling up, I returned following the coast from Cape Lookout to Ocracoke, enjoying some amazing scenery along the way.

First of all, there are wild horses in Cape Lookout National Seashore, on the far western end. Lots of wild horses. Apparently the messianic stallion that everyone in Corolla is so excited about came from Shackleford Banks, another wild horse area I knew nothing about. Nonetheless. a fog bank sat over the lighthouse, so I got photos one would not expect possible in an airplane, and then saw pelicans in flight over the water, dolphins surfacing, and a variety of interesting features on land and in the sea, especially some inlets in the uninhabited sections of the southern Outer Banks. The sand formations and currents were truly amazing, despite day 3 of crap lighting. Tomorrow will be equally as foul weather-wise, and Thursday will commence clearing. On the descent into Ocracoke, yet again, the air temperatures changed at 600’, and cooled even more at 100’, like yesterday. 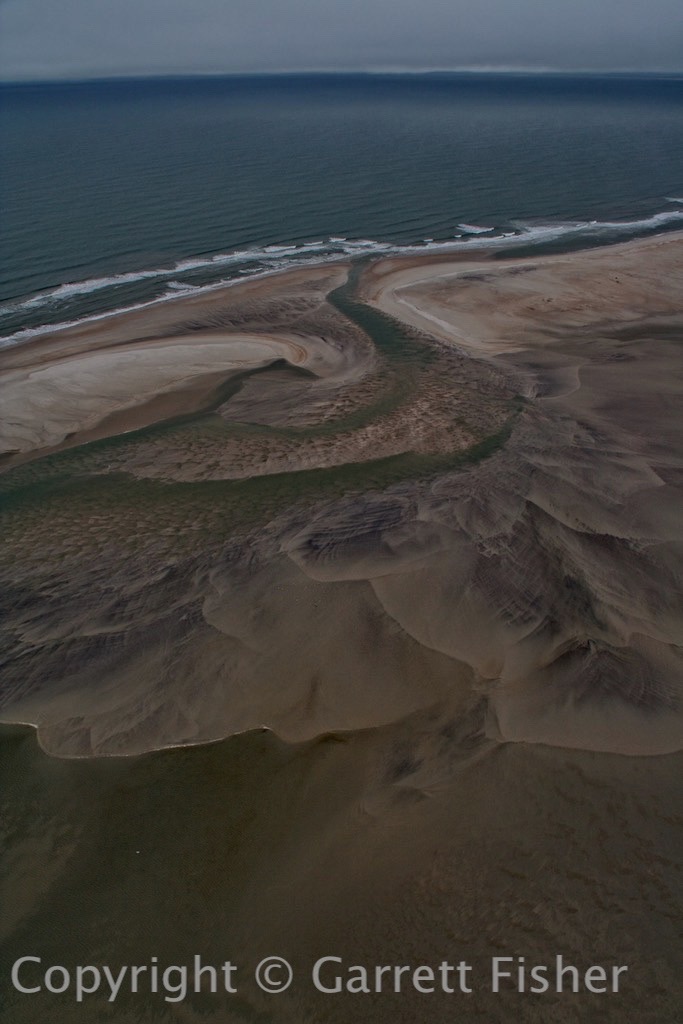 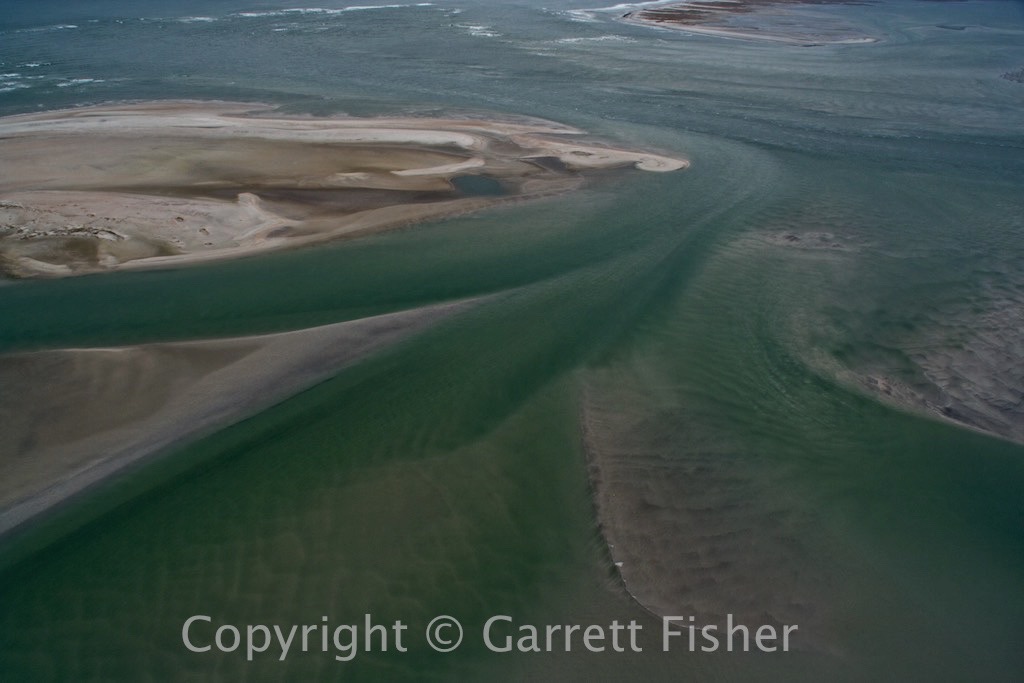 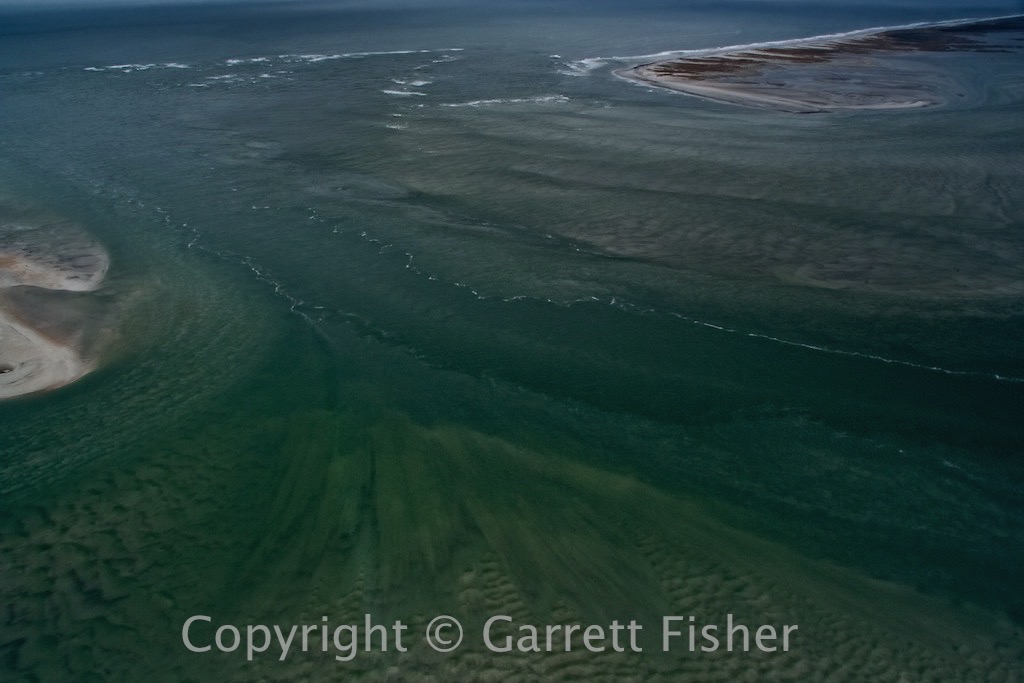 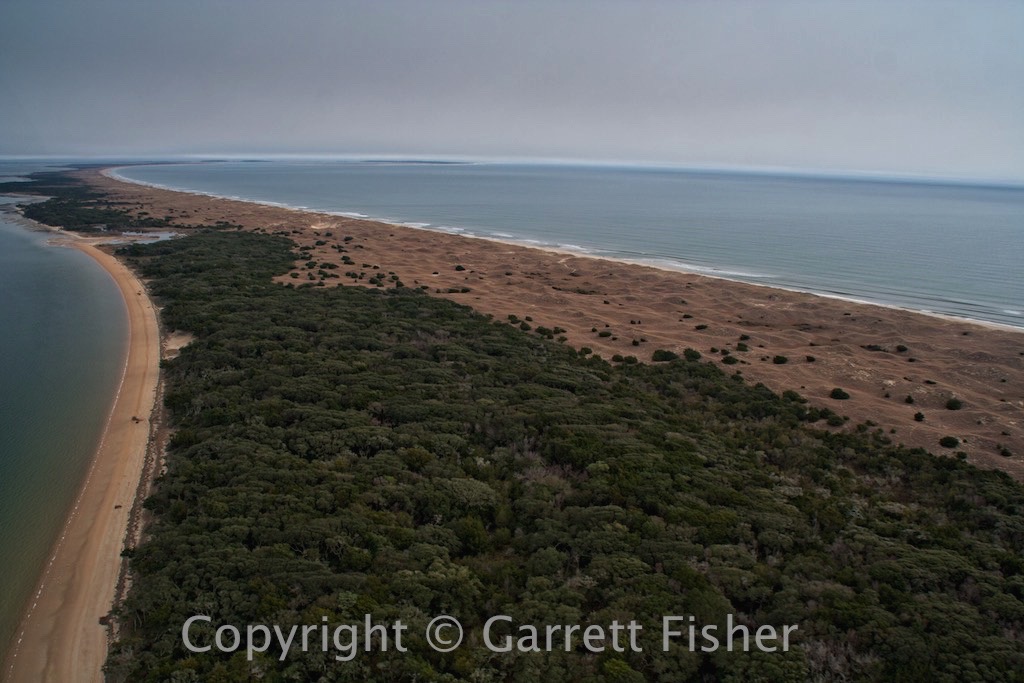 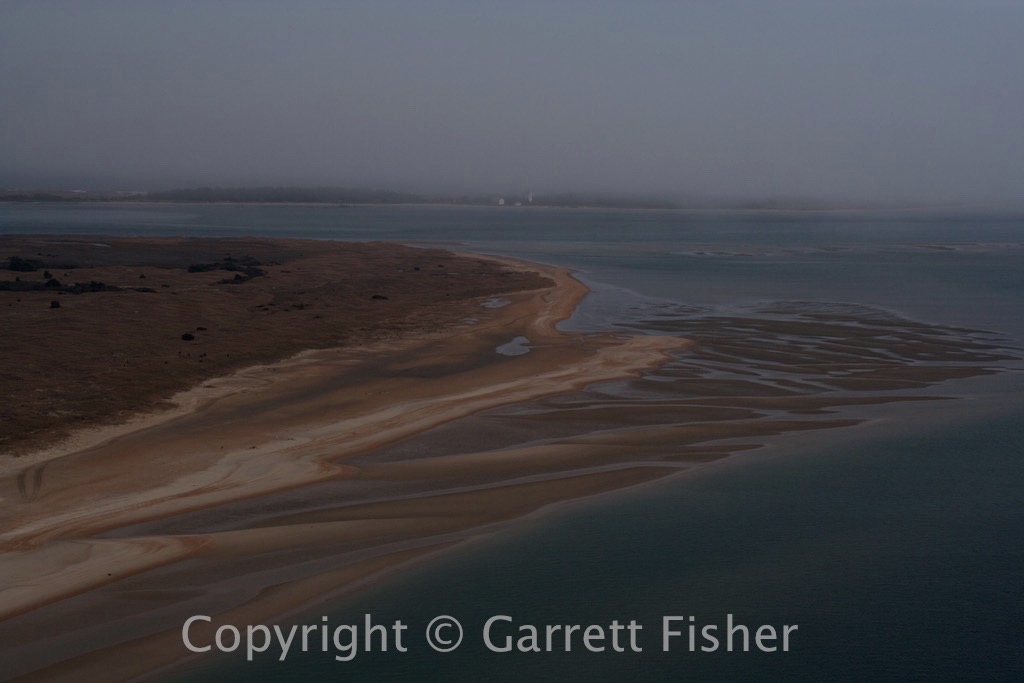 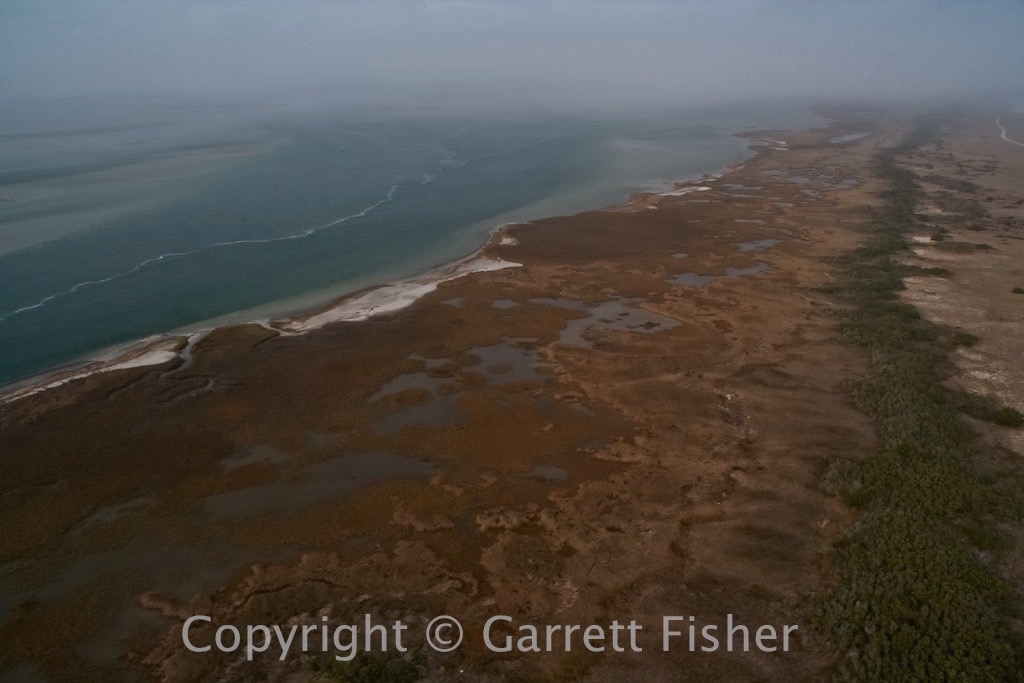 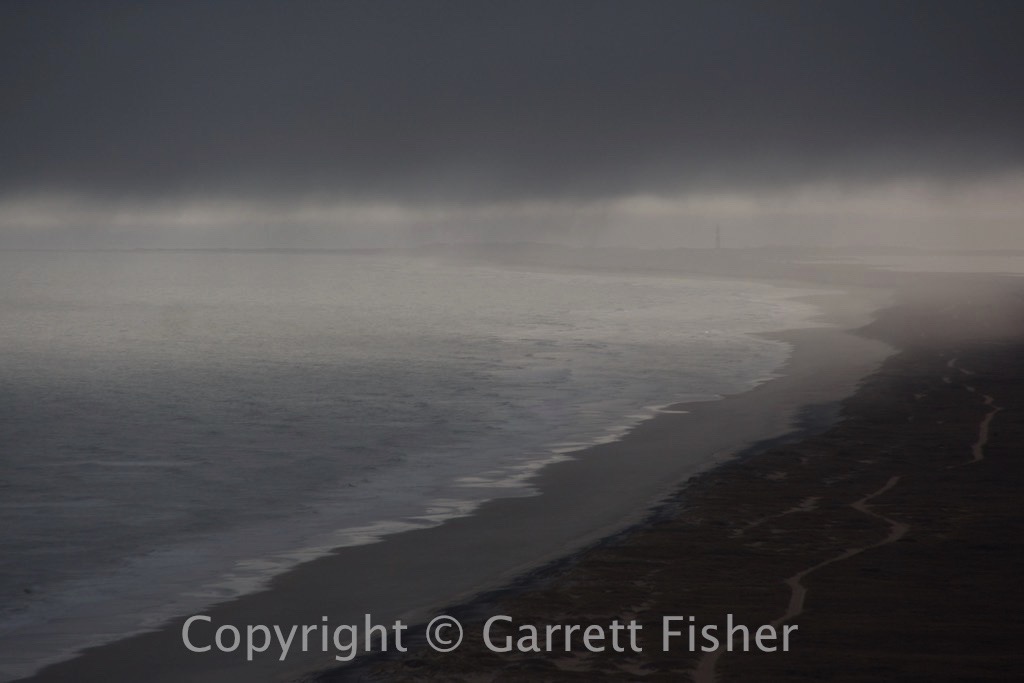 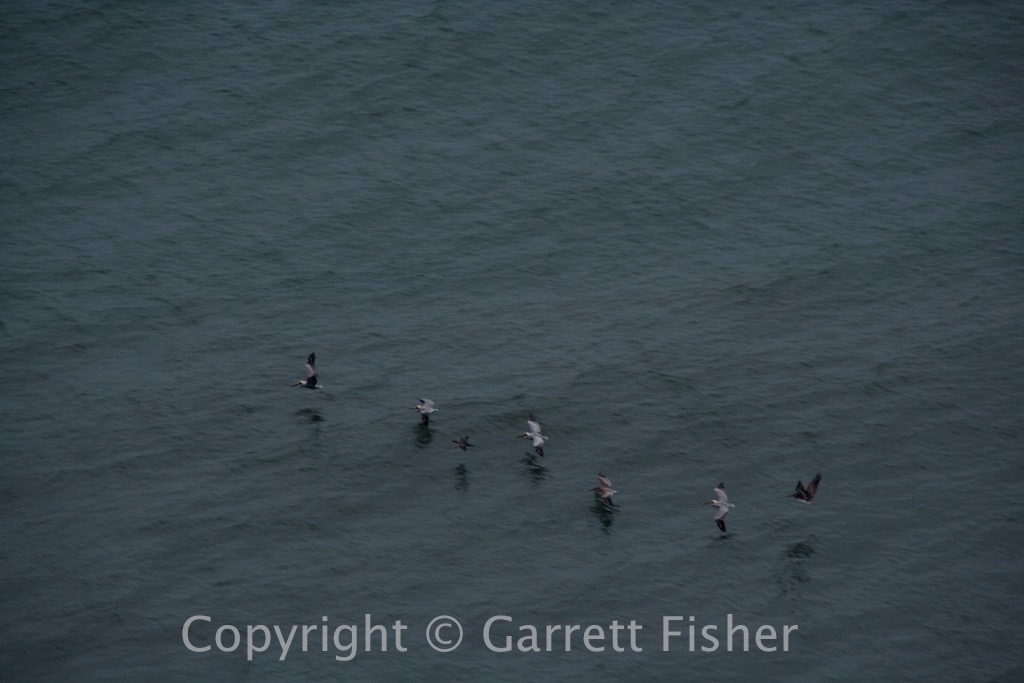 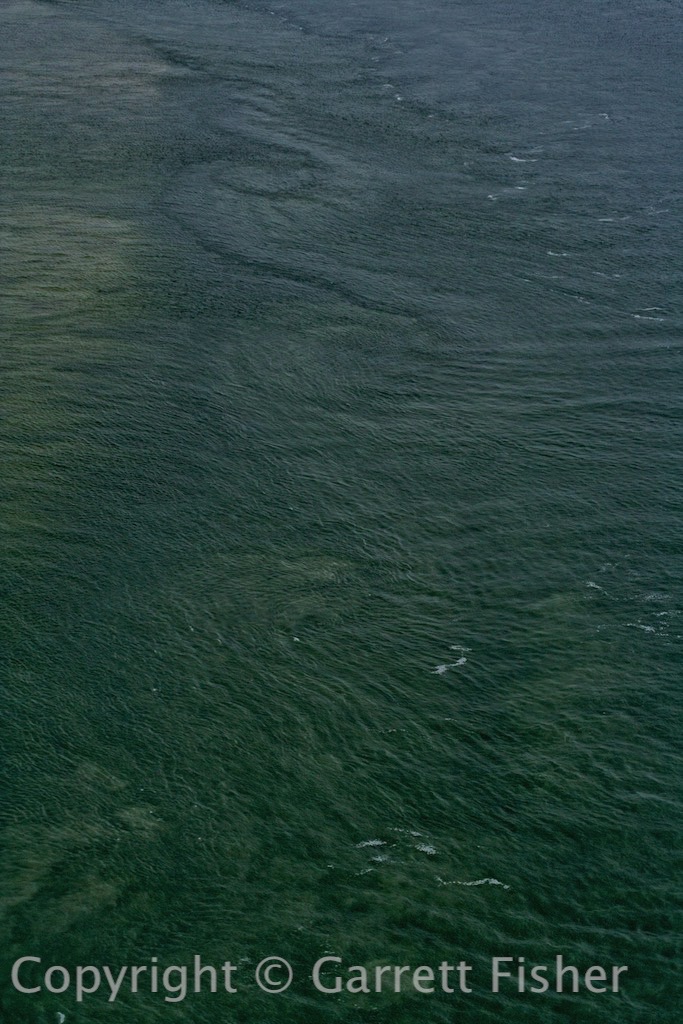 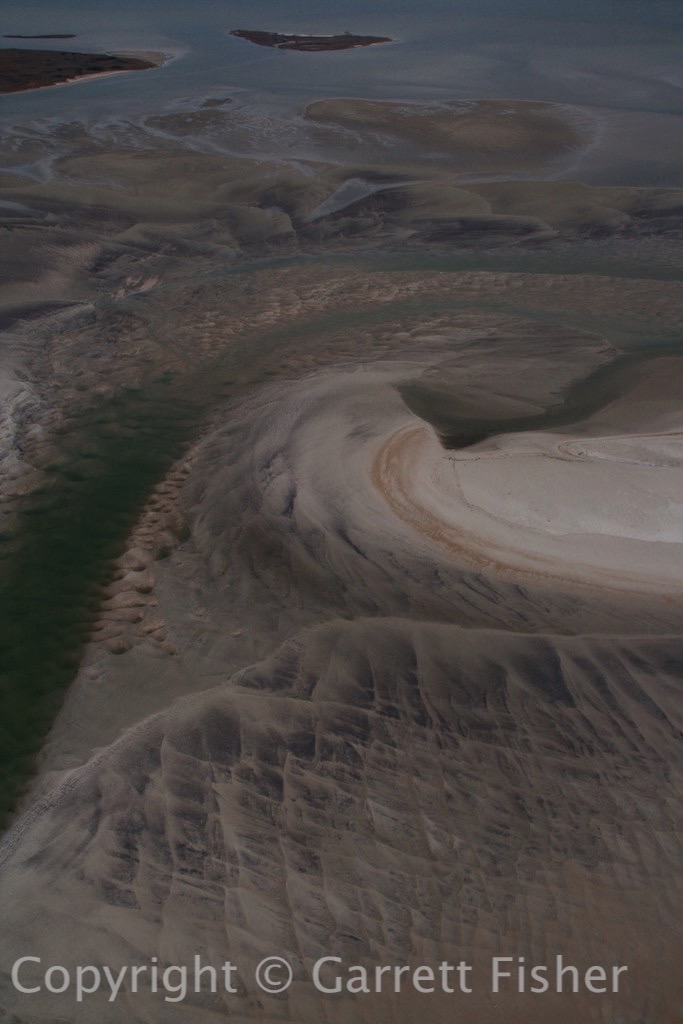 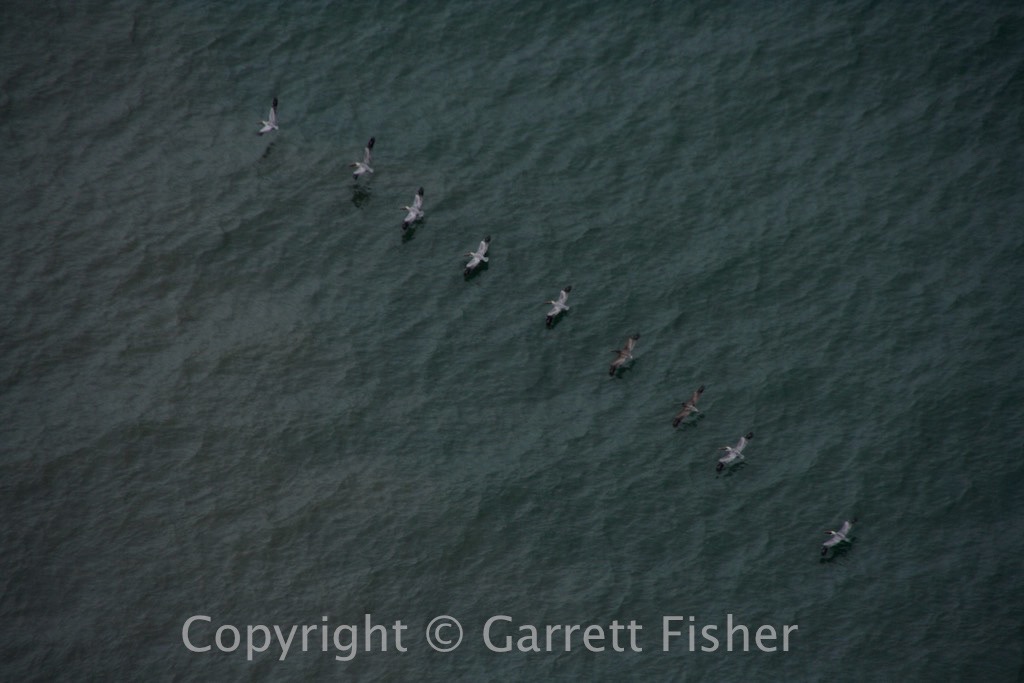