Today is the day before we leave, so the wife came up with an idea to move the airplane to the airport in Hatteras, the next island over. That way, if the weather (which was sketchy) was sour tomorrow, it would be closer to drive back down and get it, and also it made the ferry ride and packing easier. With the sun nice and bright, I flew over to Hatteras Island and around the Cape itself. Hatteras Inlet was quite pretty, as was the whole of the islands viewed from some altitude to see them all. The water was clearer than the prior day, with excellent blues and greens, also with cooperative atmospheric moisture levels as well.

We then did the tour around Cape Hatteras with the truck, driving out to the point, which was crowded, and then finding some relatively large waves crashing abruptly onto a steep shore. As the air and water temps were high 50s, it just invited going in with the GoPro. It was a bit of a dance not to get my face re-arranged by the waves, though I did get some good shots. 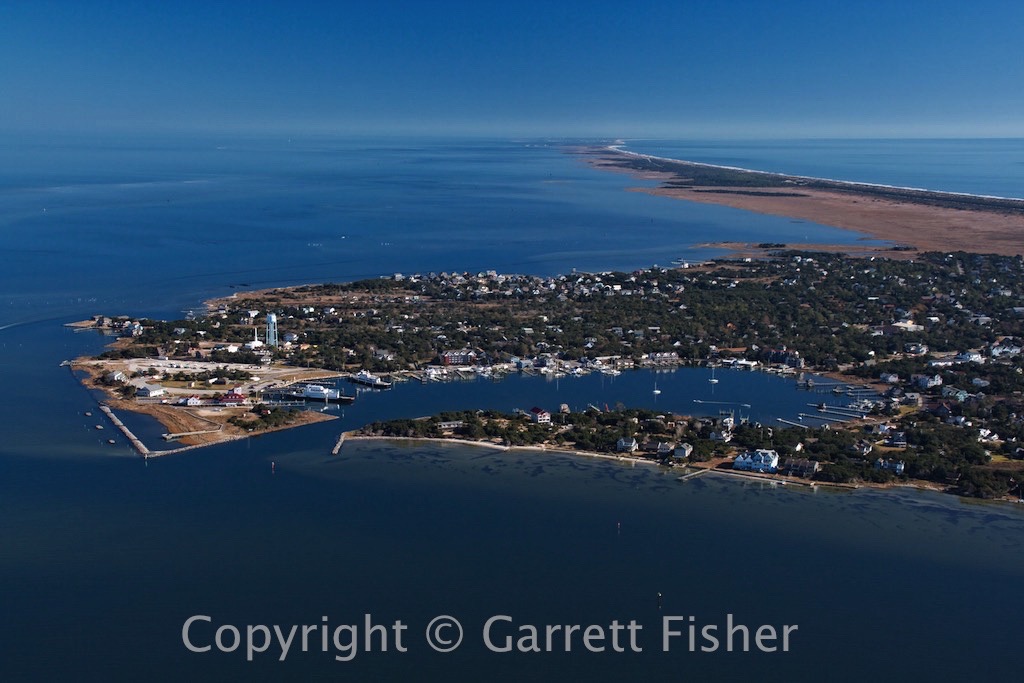 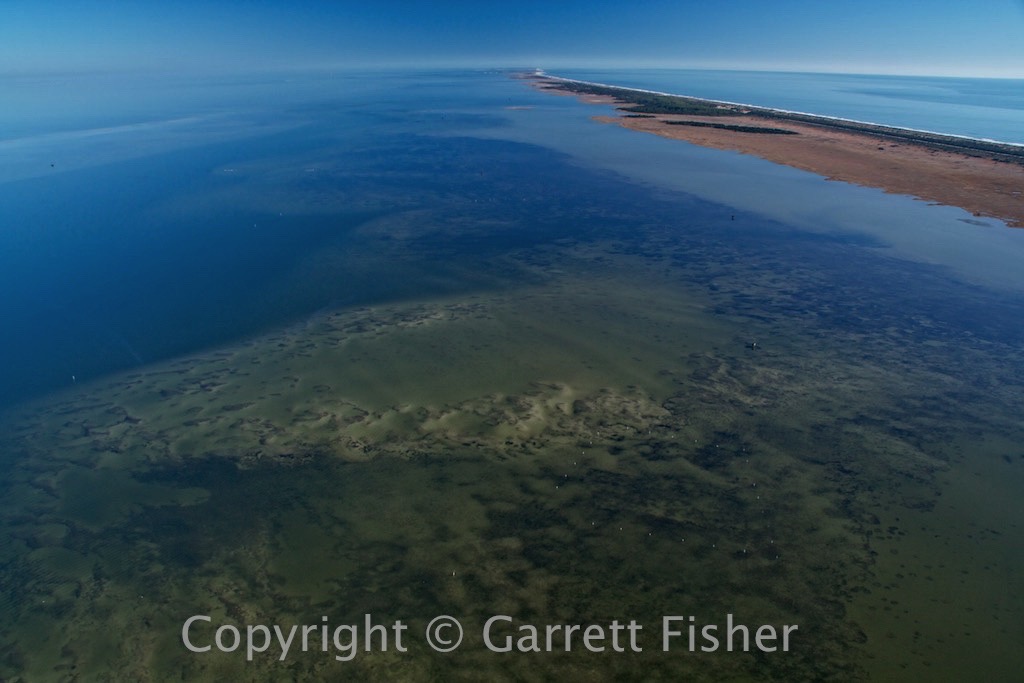 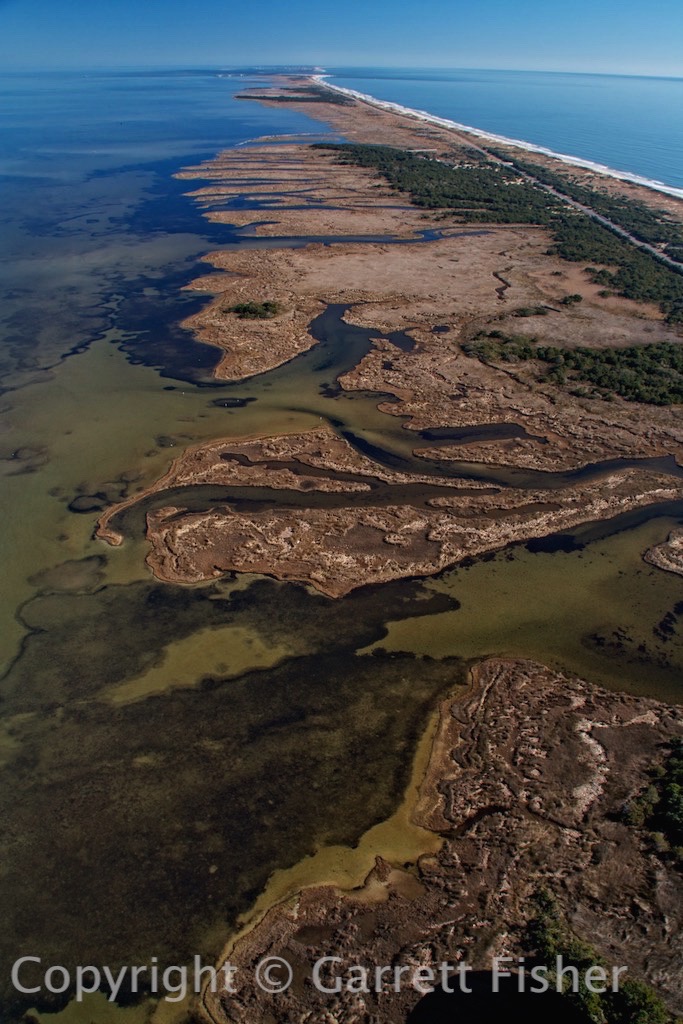 Sound Side of Ocracoke Island 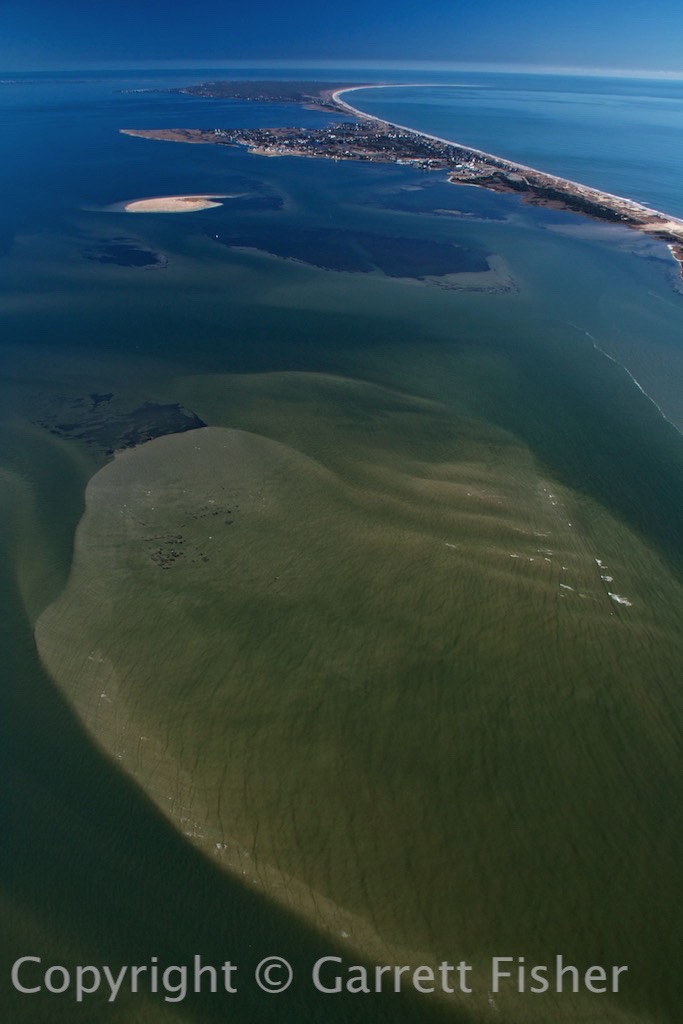 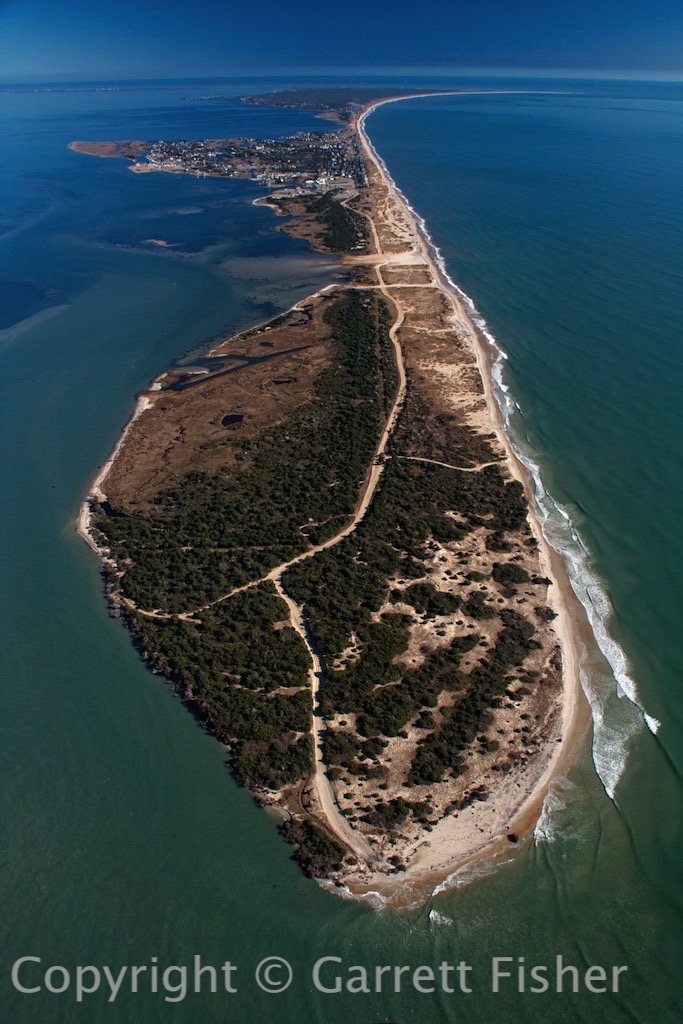 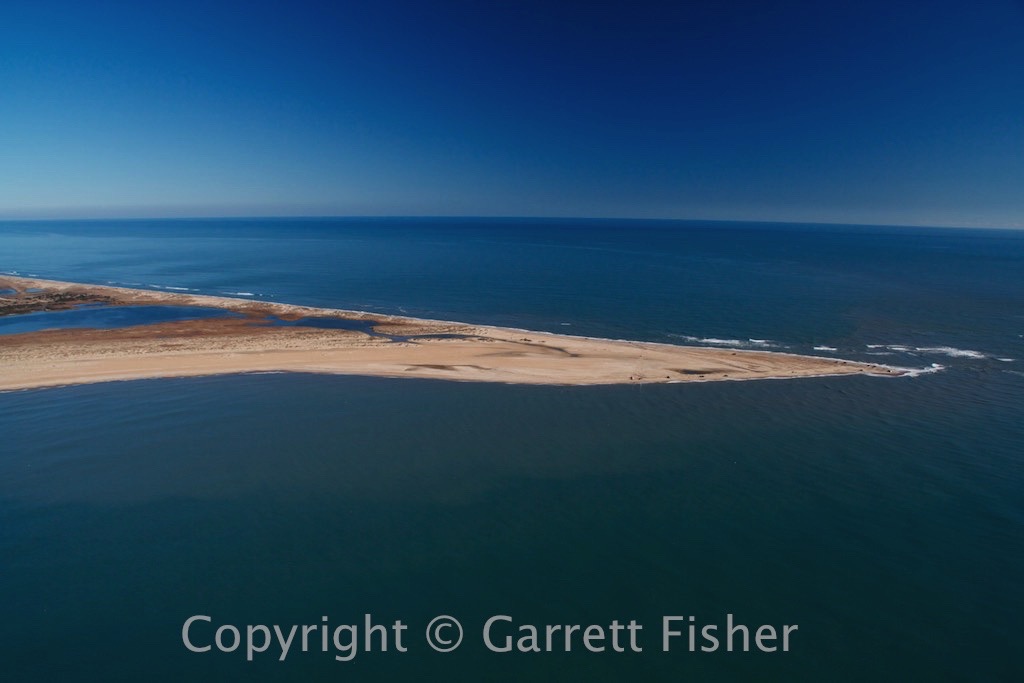