The weather was supposed to be rotten today, and it was questionable if I would be able to achieve my goal of maximum consecutive days flying. Well, it was breezy, to say the least, and the much forecast dramatic hate weather did not materialize, except for a brief evening squall line.

Winds were roughly 20mph crosswind, with an angry surf pounding the beach on the other side of the airport, a moderate roar accompanying pre-flight activities. Takeoff was uneventful, except for the crab angle required to fly crosswind (you can see in the video, the airplane angled left 25 degrees though flying west on takeoff). I flew up the length of Ocracoke Island at blazing speed, and then crawled back into the wind. The landing was rather uneventful, as the low trees make the crosswind more manageable.

After flying, we decided to go to the water, at Ocracoke Inlet. Here, one can drive on the beach (permit required), so we drove to a sand spit protruding into the ocean that I saw on Tuesday, brilliant underwater sand dunes exposed at low tide. Wind was strong out of the south, air 68 degrees, and water in the mid to upper 50s. Compared to raw 40-degree air and water that we are used to in the northern OBX, this was balmy. We splashed around in the tide pools, and I tried out underwater photography with my GoPro.

GoPros are challenging, as one cannot see what the image looks like, just snap away and let the onboard software handle it. For the most part, it does just a bland ok, except the white overcast light does not help underwater visibility, though maximum contrast AND maximum black point adjustment in Aperture will fix some of the flat issues. We found quite the sea life: hermit crabs, live sand dollars, jelly fish, live clams, flounders, and some form of sea snail. We’ll head back tomorrow at low tide, when the sun is out and see what that does for the GoPro. 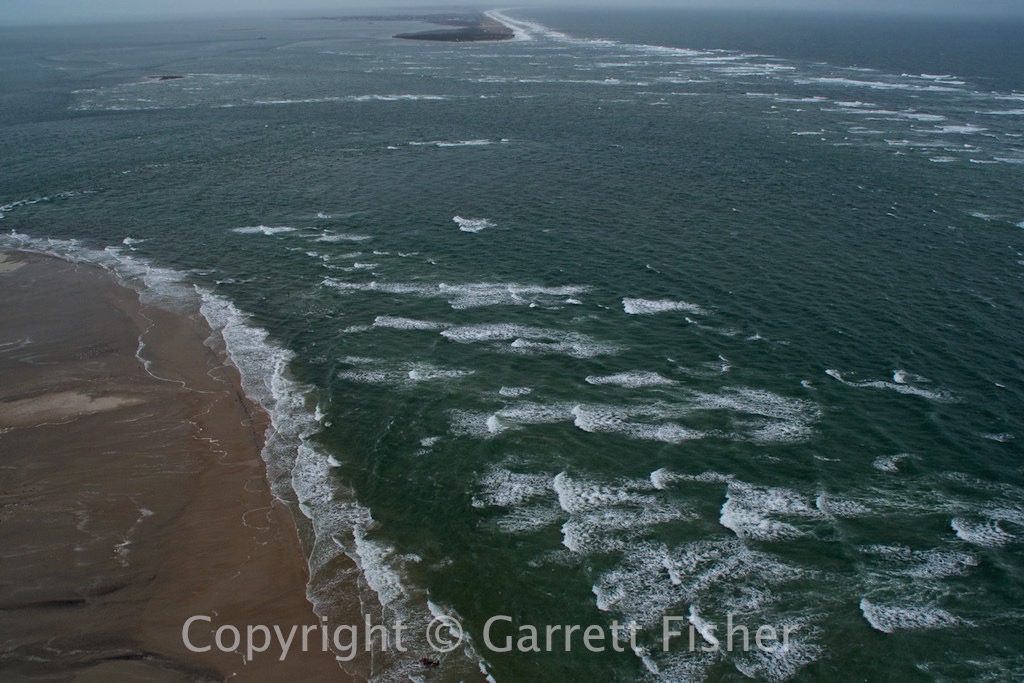 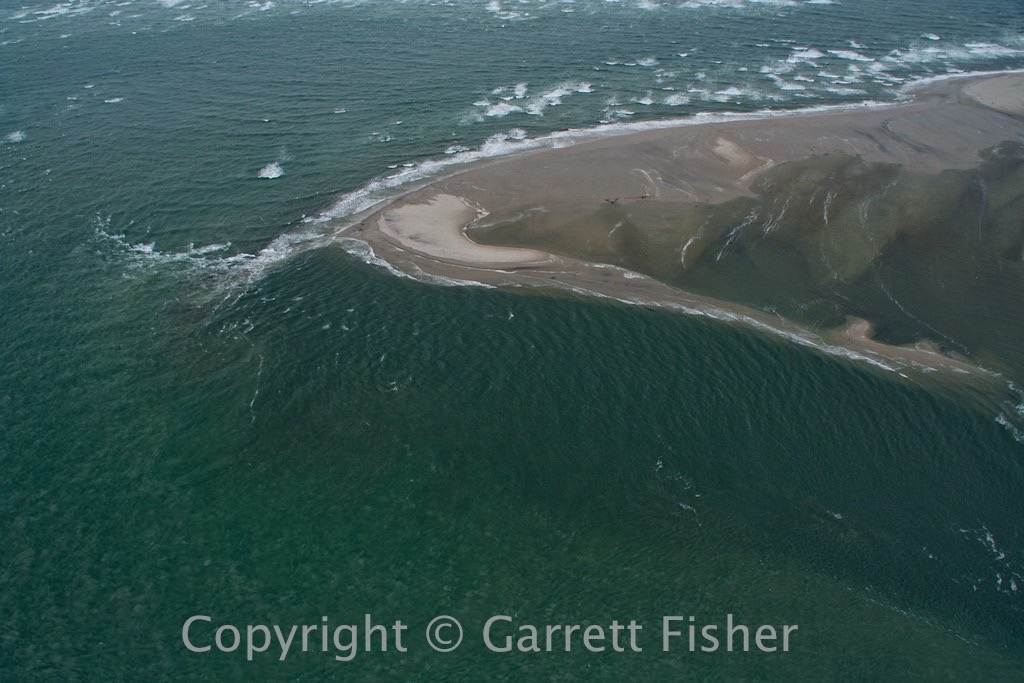 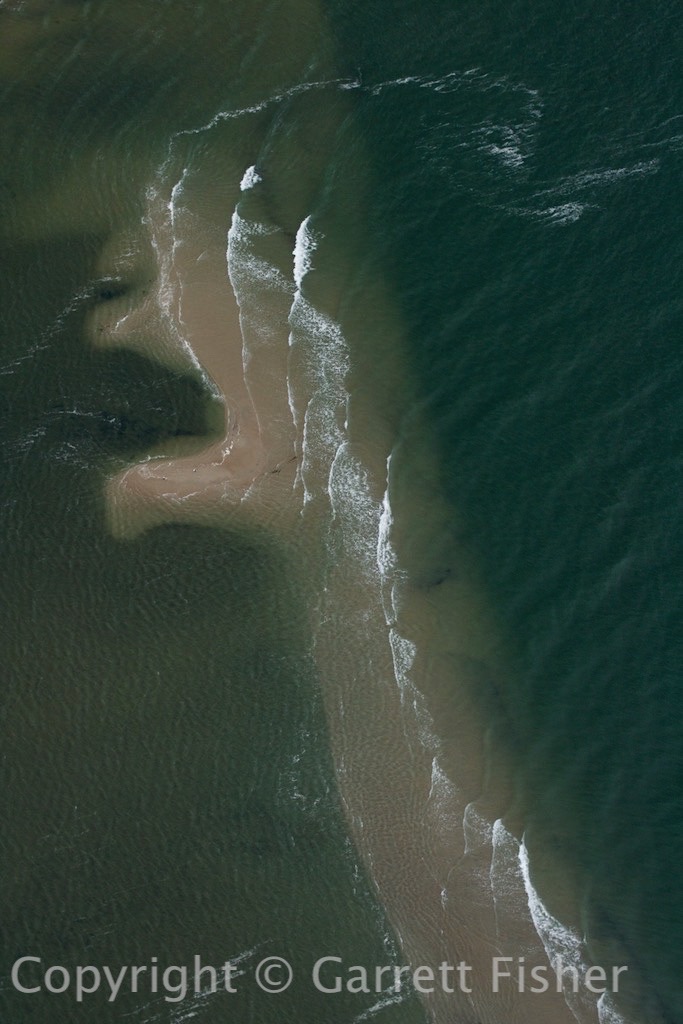 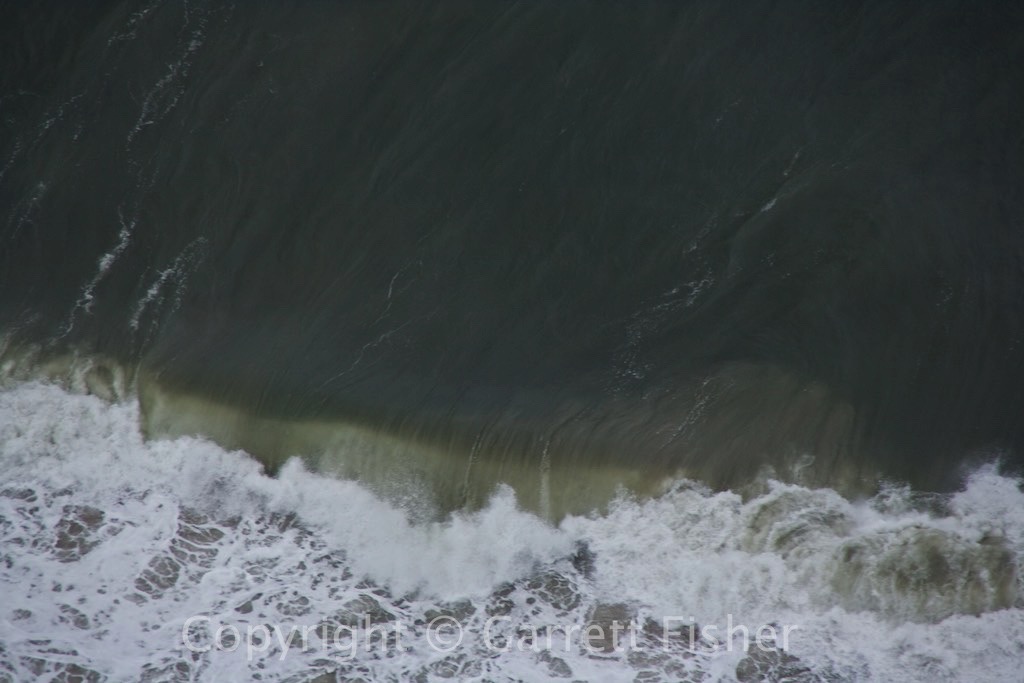 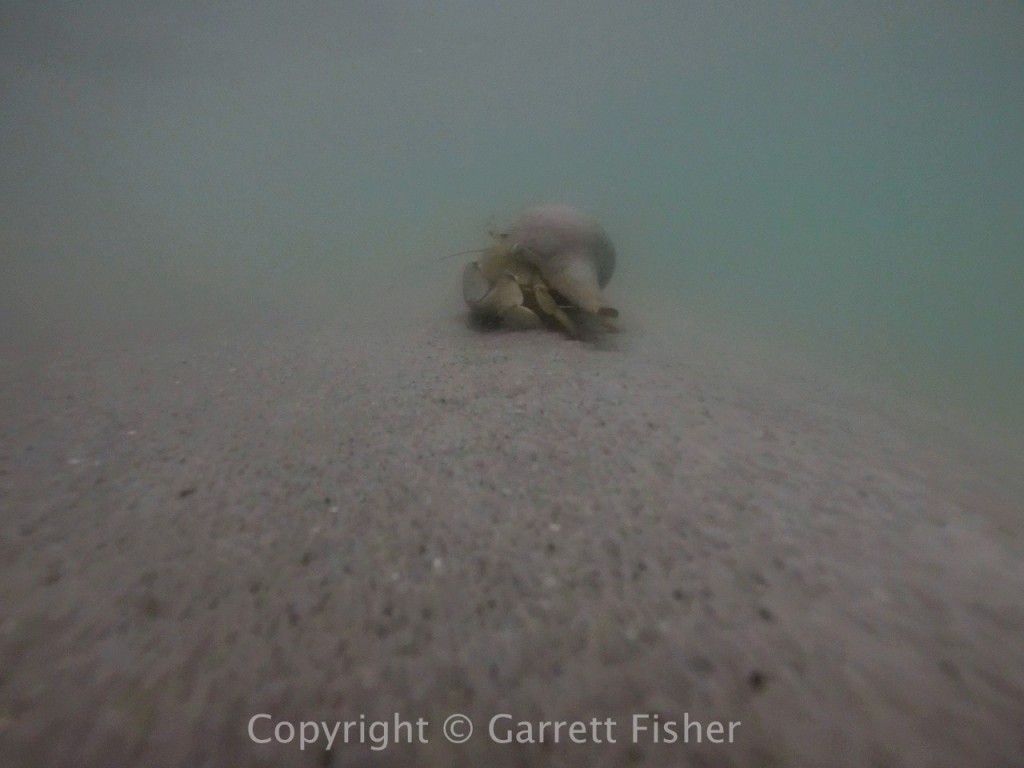 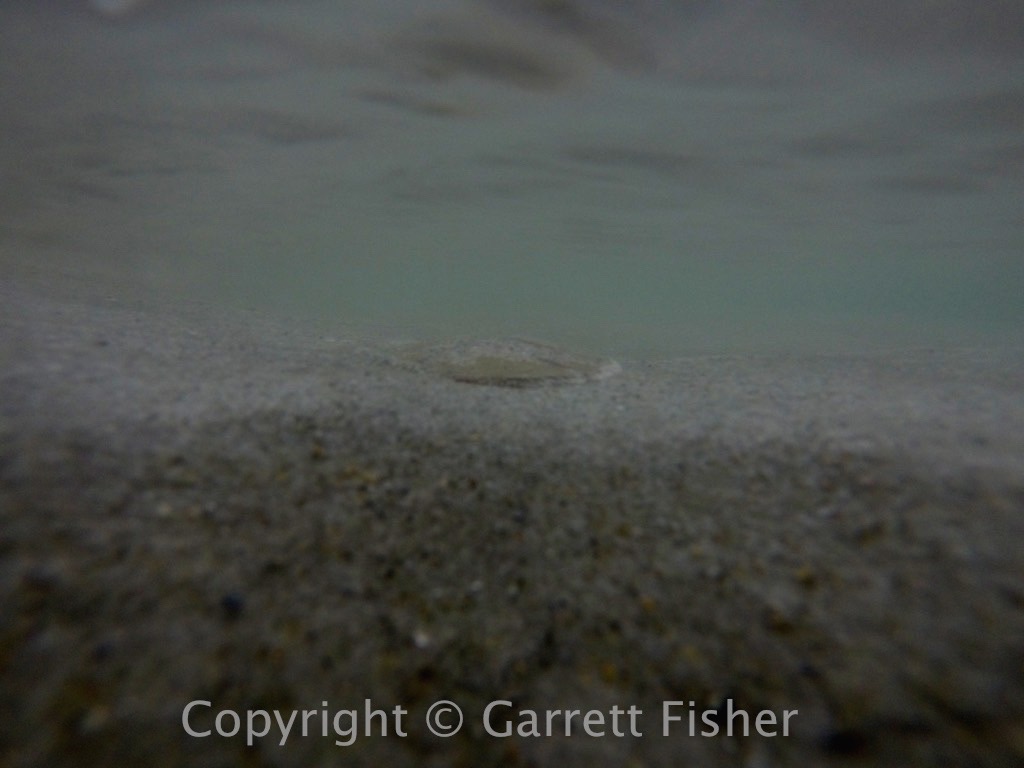 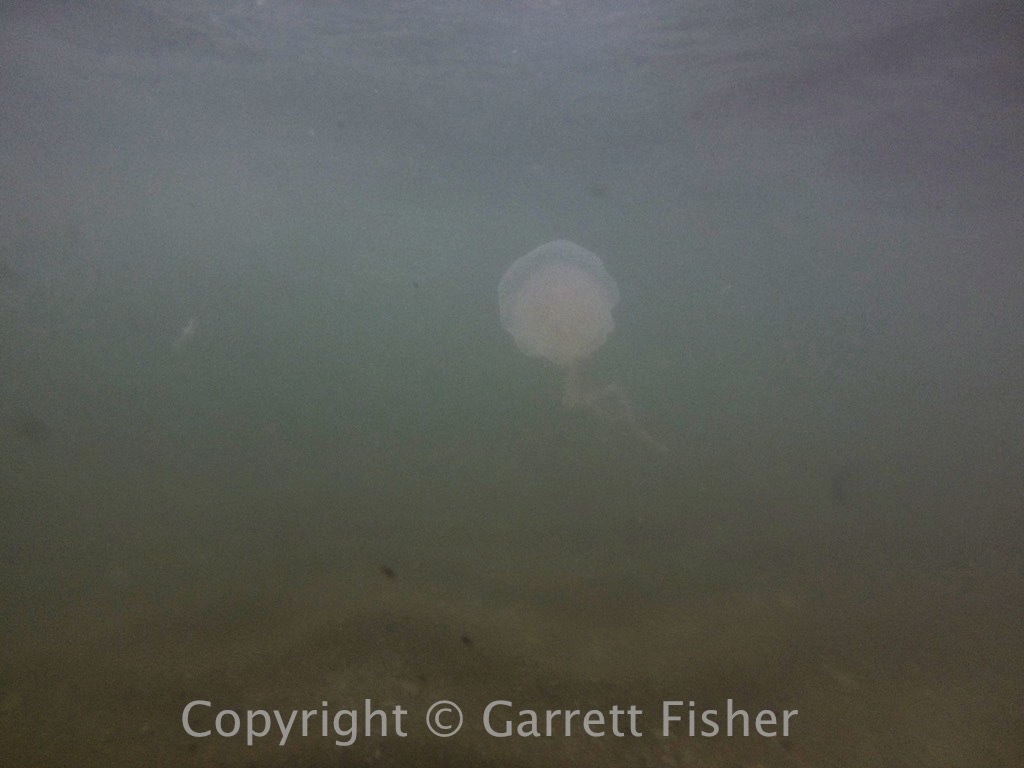