The airplane at Ocracoke is about 3 miles from the place we are staying, the closest I have been to it since I owned it, and the closest to an airport since I grew up living next to one. The weather was crap, though I have to make use of my proximity to the airplane and fly daily, just for the sake of it. With a steel gray sky, I did not expect anything in the way of color, or anything worth photographing. How wrong I was.

The first issue was a minor cloud/fog layer, which was not visible from the ground. As I took off and approached 100 feet above the ground, it appeared that there was some fog ahead, and then it disappeared. Like little bits of tissue paper, light wisps of cloud were blowing in from the Pamlico Sound, and heading out to sea. I didn’t have the window open then, though on final approach I did, and it was evident then that the air temp increased 10 degrees upon rising above the tissue paper. Further, it was blowing out of the north on the ground, and south above the ground layer. The coast never ceases to be amazing.

Photographs of the Ocracoke Inlet were quite interesting, with a majestic steel gray sea, set against steel clouds, with green and turquoise accents pervading the water. Rising to 2,000’ altitude, there was a tidal flow coming out of the inlet, a layer of brownish water set against turquoise Atlantic Ocean water. A fog bank appeared to be over the Pamlico Sound 10 miles north, so I landed and called it a day. It took two hours, though it eventually rolled in, a quiet, eerie coastal fog filling Ocracoke Village. 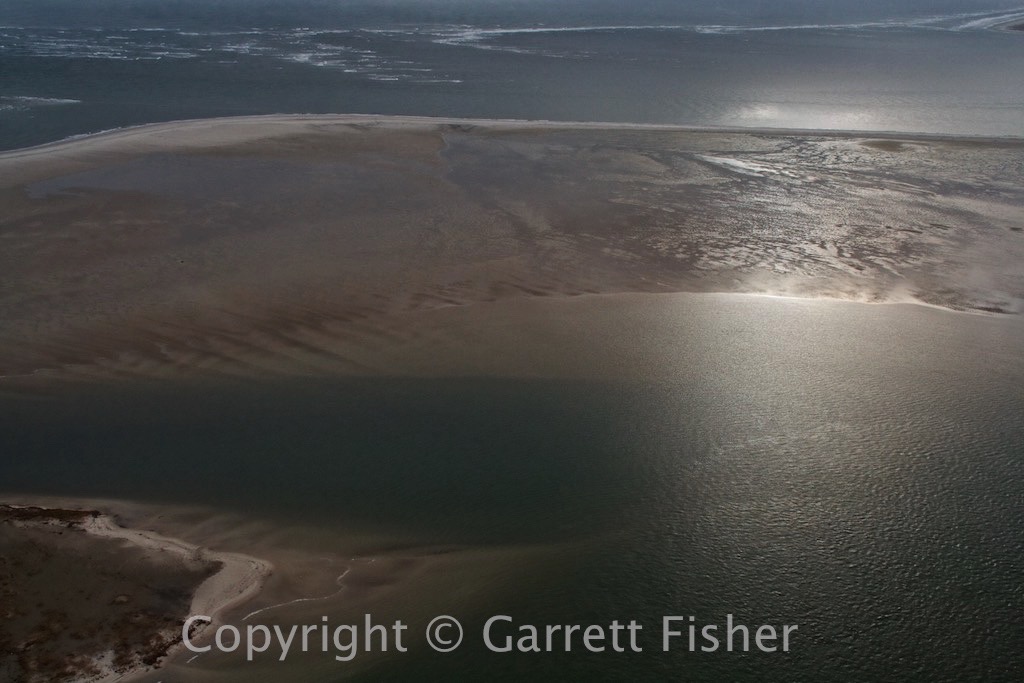 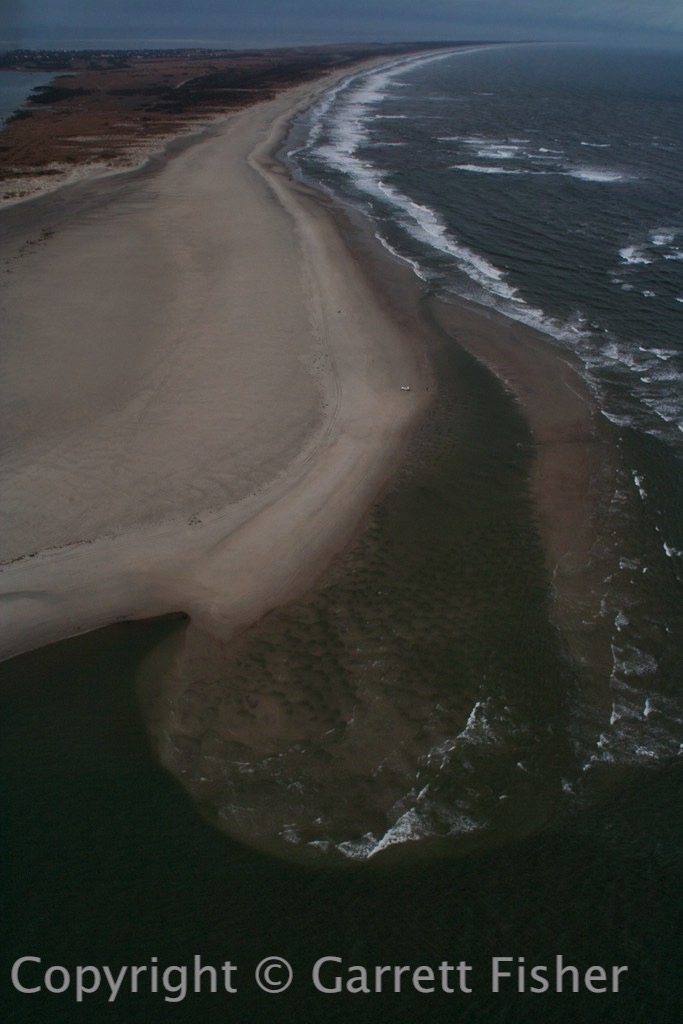 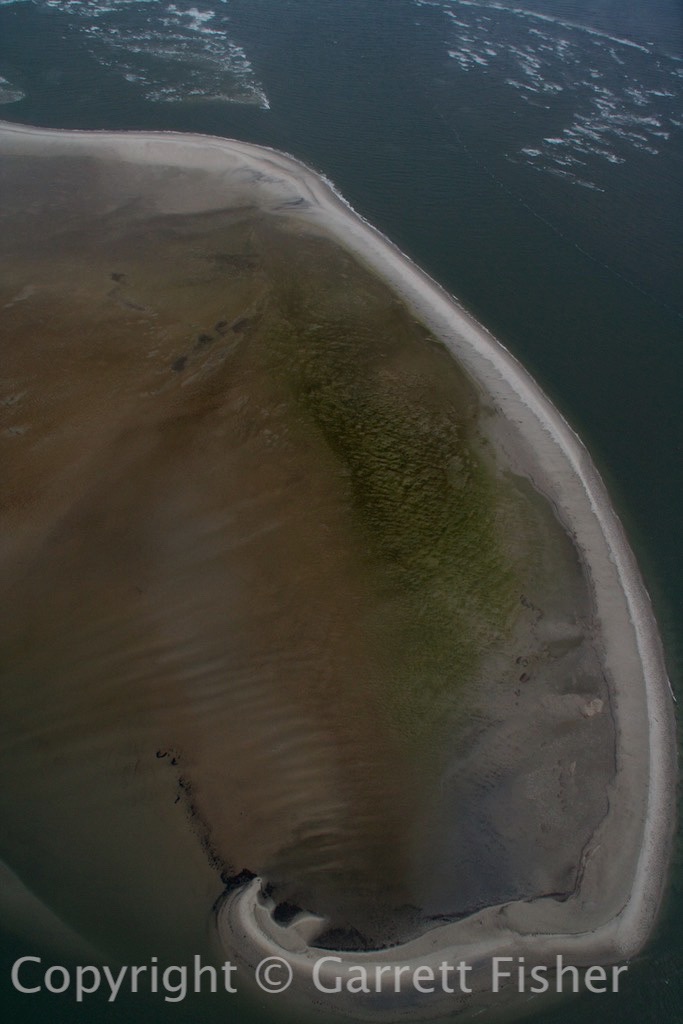 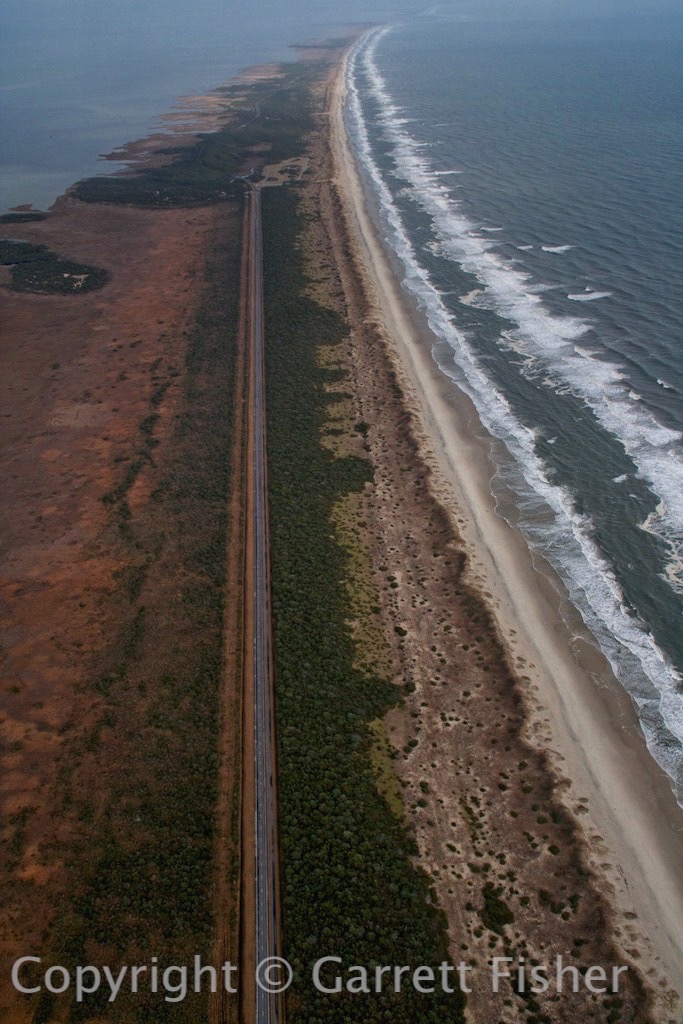 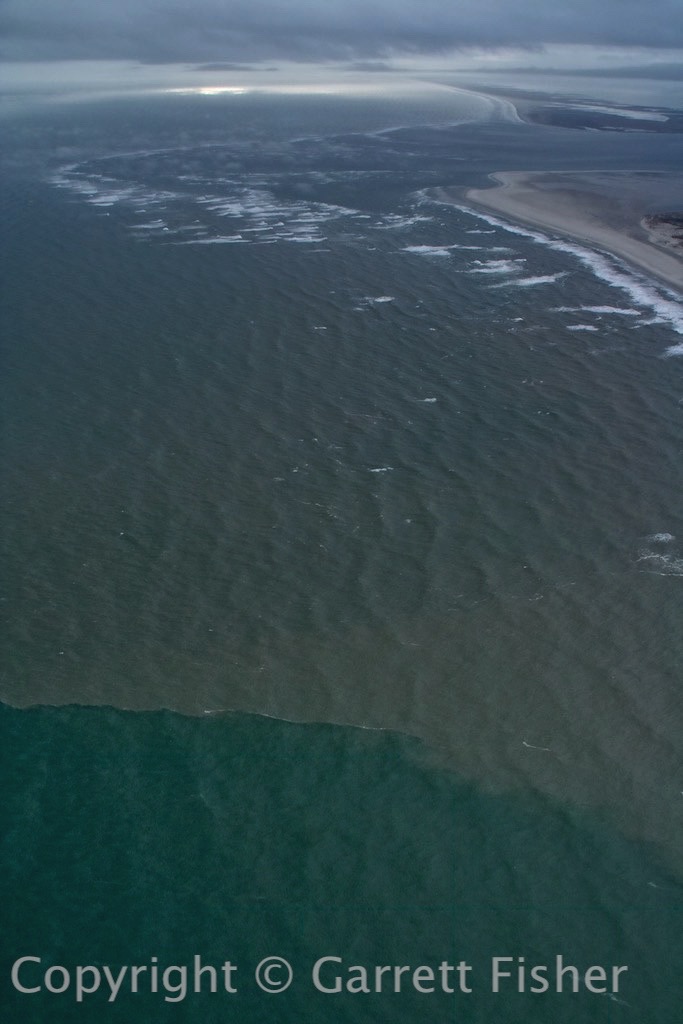 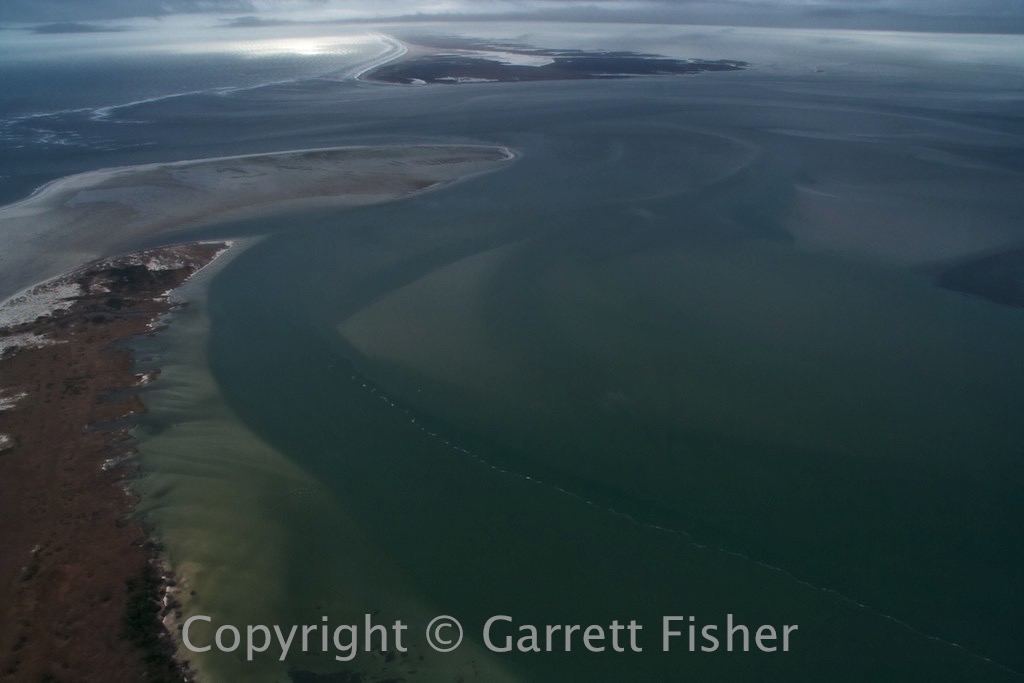