We’re spending a few days down in Ocracoke, on the far south end of the habitable Outer Banks, ironically the dead opposite of where we are now, the northernmost section. Nonetheless, I decided to bring the airplane, as there is a no-frills airport in Ocracoke, and this part of the OBX is part of the focus for one of the book projects. A big part of any aerial project is seeing the same thing multiple times, under different conditions, and aggregating the whole thing together. A few long flights are worse than many shorter ones. This is a nice opportunity to get the farthest sections easily.

That required being dropped off at Dare County airport to get the airplane, and hoping all went well as Anne drove the truck and the animals south, crossing a ferry, and over to the island. Despite having to get gas, oil, fill the tires up, and photograph as I went, I got there first, flying at 1950 RPM. There was a tailwind, and the ferry was a one-hour affair.

The air was rather hazy, which can be seen in the images. I normally would not have driven all the way to the airport on a day like this, though this was more of a transport flight. That allowed me to focus on the sand patterns under the water in the sound, and they were uncharacteristically amazing, compared to the last time through Oregon Inlet. The ocean is like a masterpiece painting that is constantly changing, always beautiful, and never once exactly the same.

I found the ferry carrying the truck and its occupants, and got a photo as I ambled on overhead. This is the first time we have used an antique airplane, boat, and truck to get somewhere. 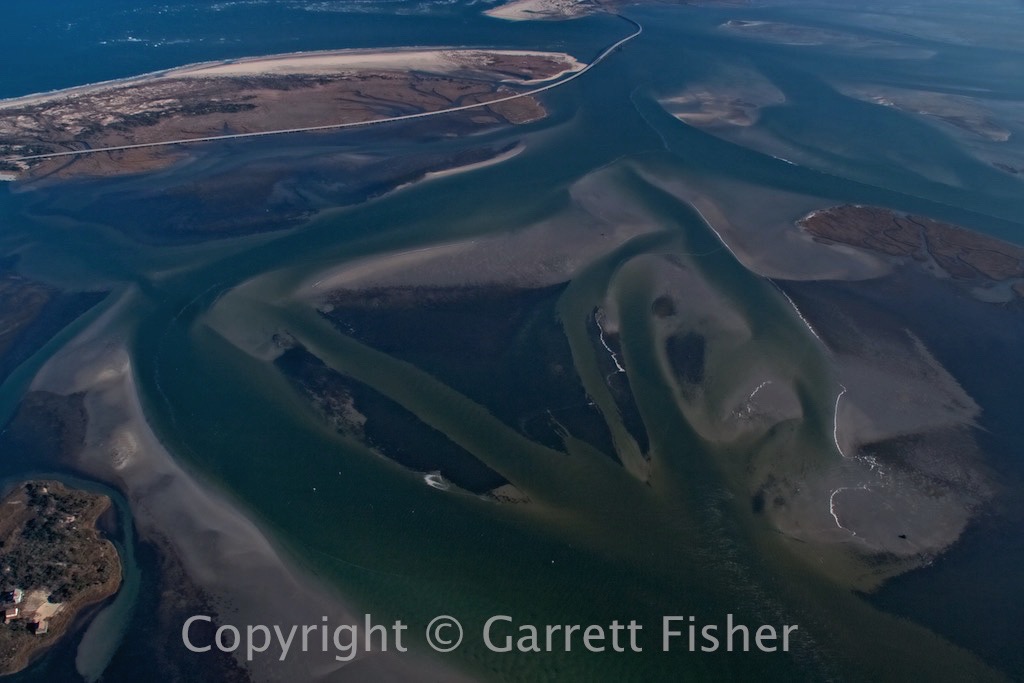 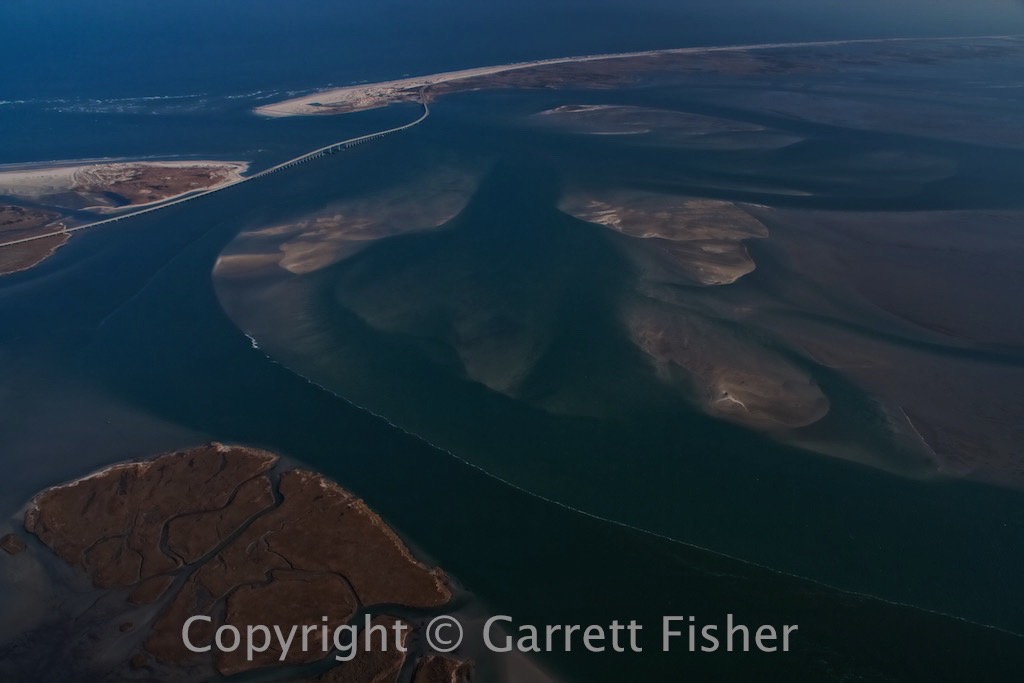 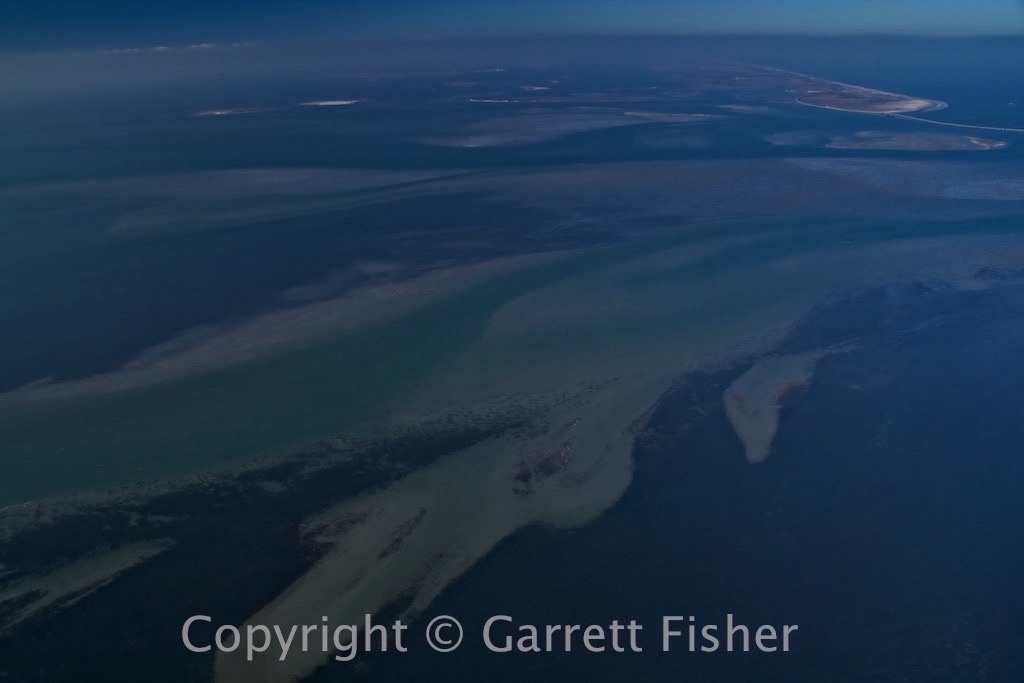 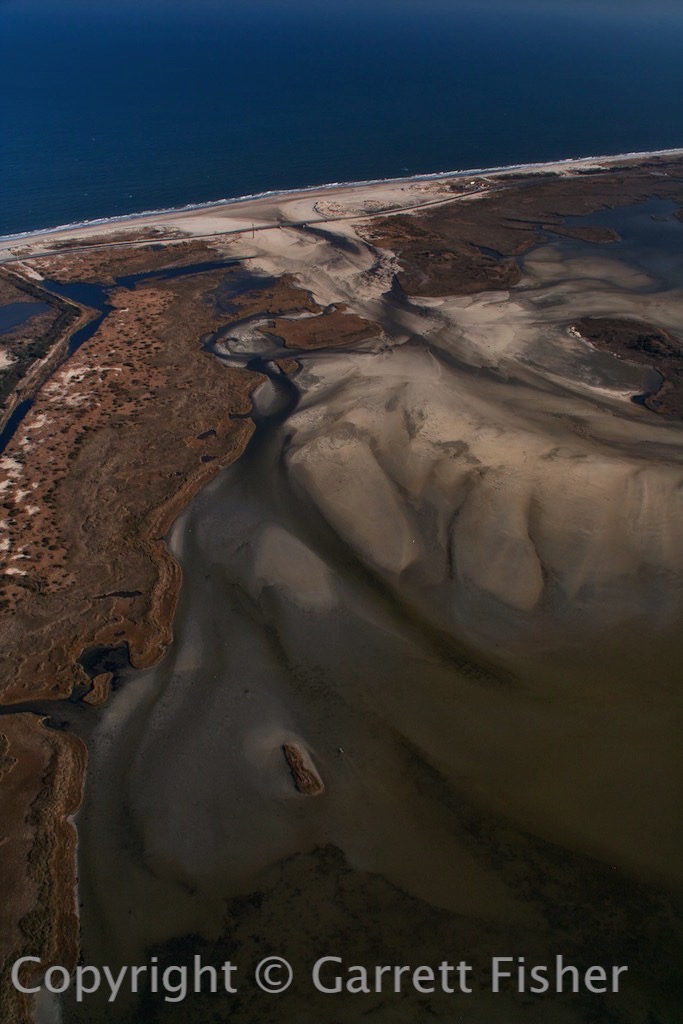 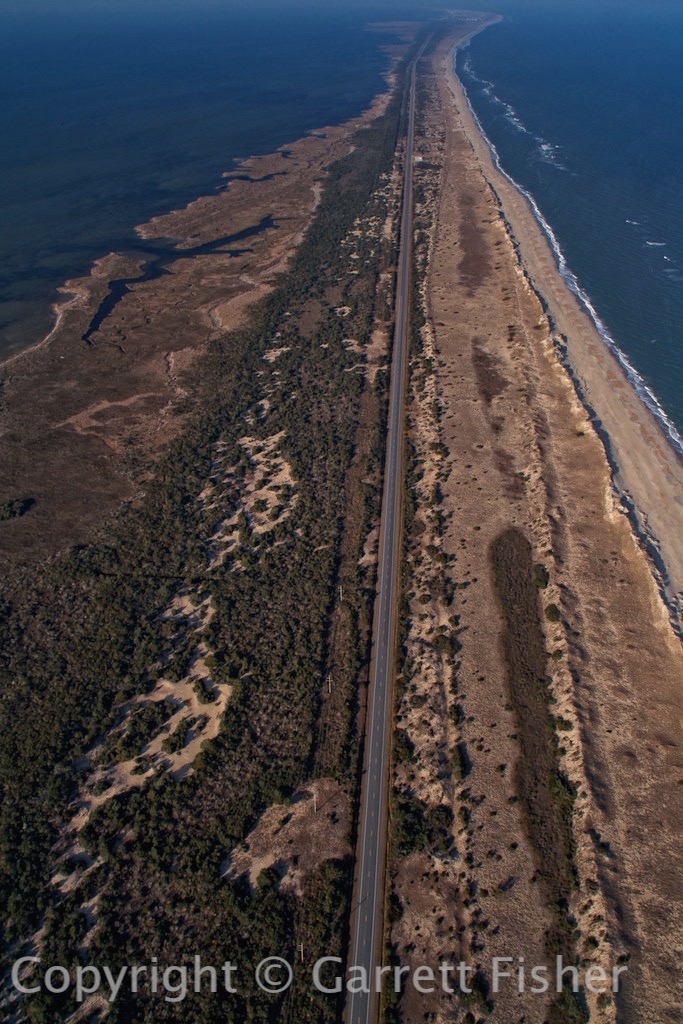 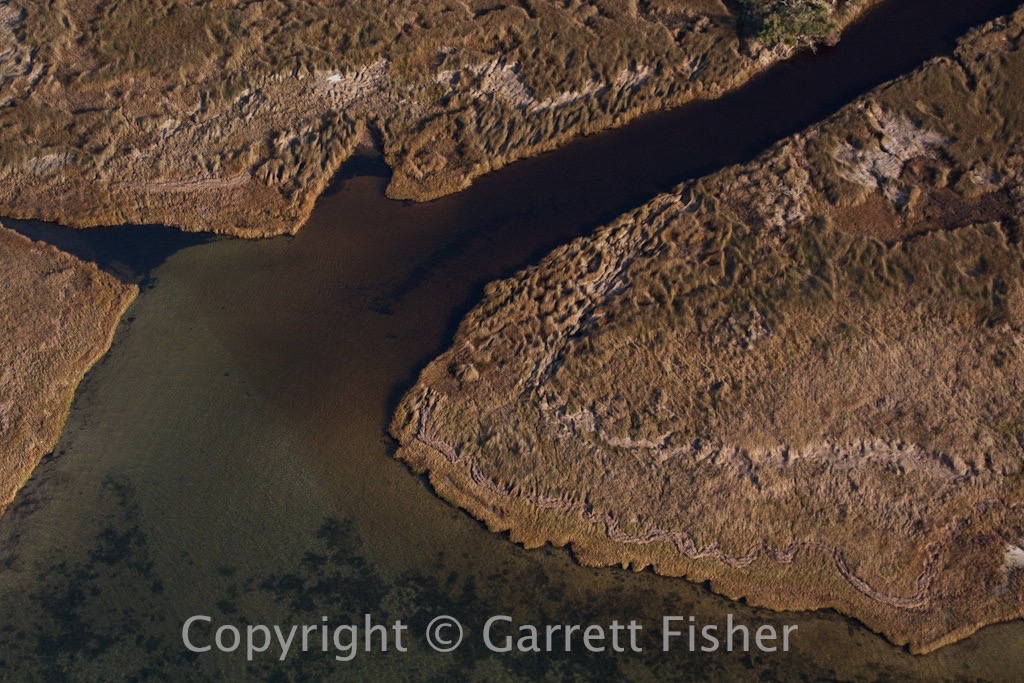 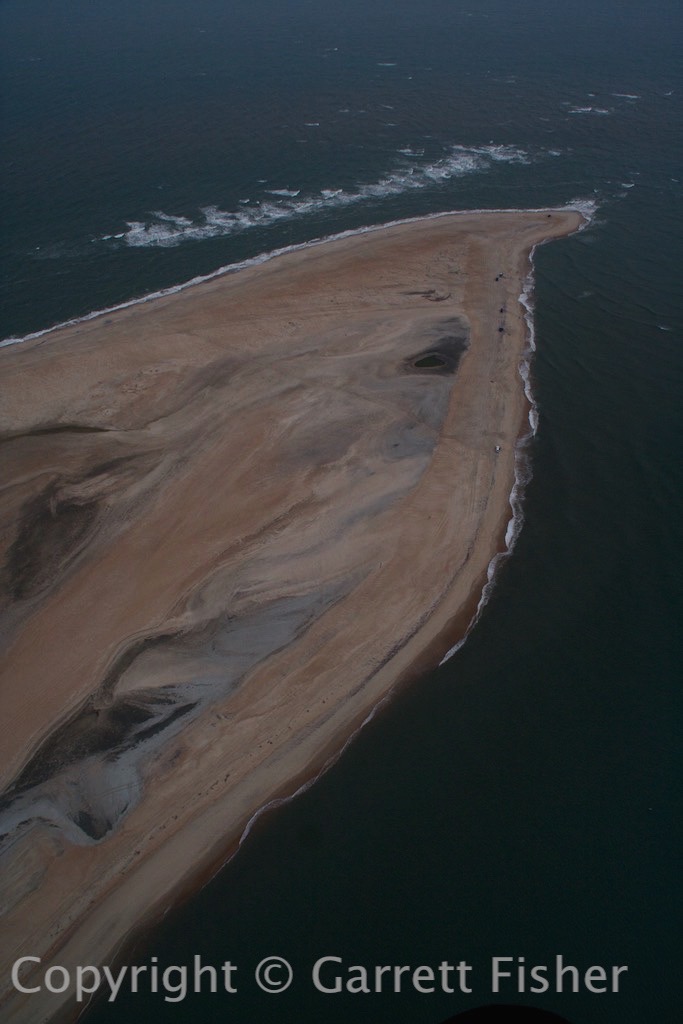 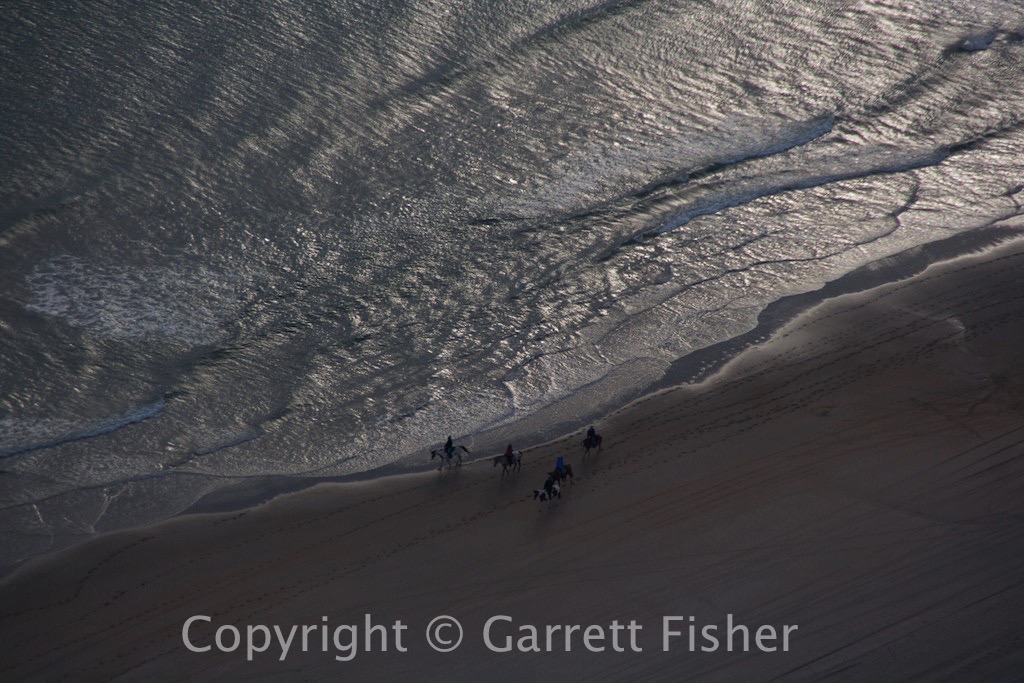 “Pony Pen” According to Park Maps 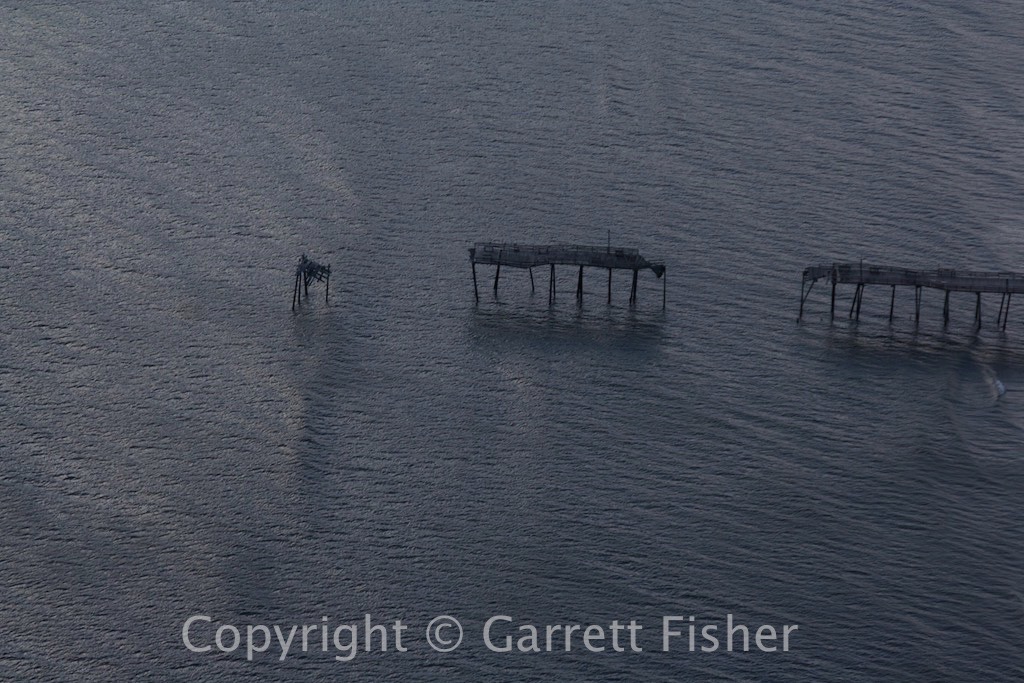 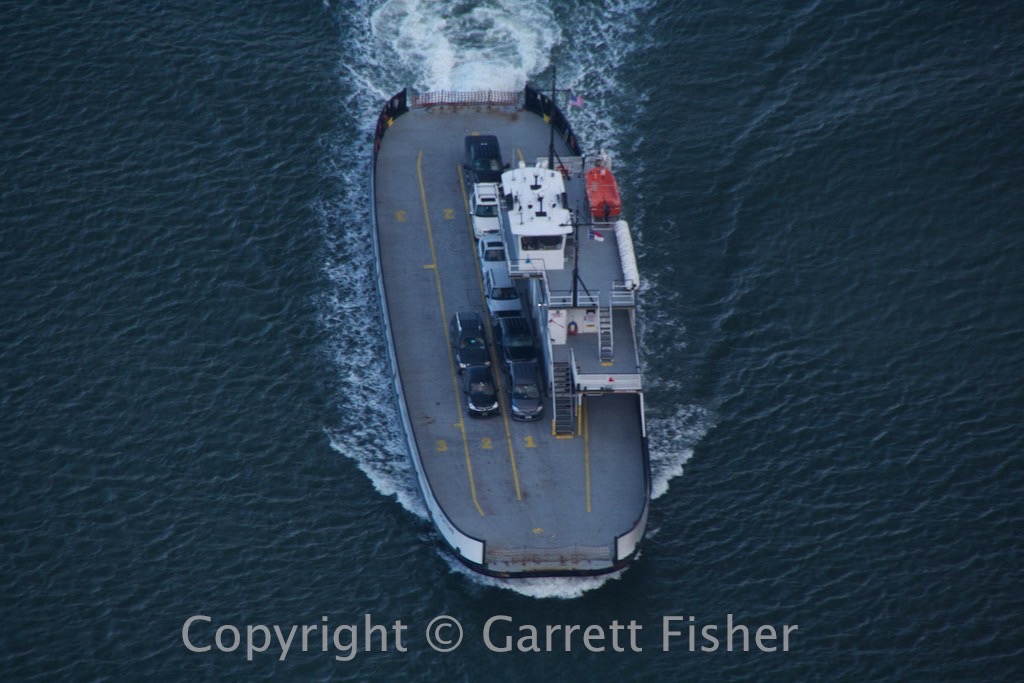