I had not previously mentioned the fact that we are moving to an extremely remote place in western Wyoming in early April. Our original plan in coming to the Outer Banks was only to be here for 4 months or so, as the season picks up in April (read: it gets expensive). Thus, we had to go somewhere. One thing led to another, and our next place is going to be quite the adventure. At the last minute prior to the trip to Charlotte, I packed my bags to be able to make the flight out to Wyoming if the weather held when it was time to leave a few days later.

It was sketchy, though the forecasts said it would be doable. It was clear sunshine from the Mississippi River all the way to Alpine, WY, with some low clouds and rain showers that should have been passable over the Tennessee Valley. All forecasts greatly improved the night before, and a verification on Wednesday morning held that things really were going to be better.

Getting up at 5AM, arriving at the Rock Hill airport at 6:30AM, I got the plane ready and looked forward to a 22.6 hour flight, two and a half days, across two thirds of the country. Heading over the Blue Ridge Parkway east of Hendersonville, NC, I saw that Asheville was fogged in with ground fog, though it was clear above. Airports were reporting marginal visibilities and ceilings, and the 6,000’ summits were clear in NC. I was convinced it would work.

Wedging along I-40, getting ever so much closer to the TN border, ground fog persisted, and cloud bases were lowering. I wedged down the tight mountain opening over the highway, through a rain shower, relying on Class G reduced visibility limitations, until I got to the other side of the NC mountains, only to find a wall of clouds and ground fog. Turning around, I went back through the rain, over to Hendersonville, NC for fuel, and regrouped. I must say, it was not a pleasant part of the flight. All visibilities improved in the TN valley as reported by weather stations, though I checked north of Asheville again, and the barrier was moving in: zero visibility, ground to sky, end of story, with no other option anywhere. If I didn’t get somewhere today, I would be stuck for 3 days due to a sizable rainstorm coming all over the South, so back to the coast it was.

Tailwinds were 20mph, a delight, and I got to Raleigh on one tank. The airplane was giving me trouble starting after refueling (it has no starter, so fatigue sets in cranking it one at a time). These engines are fickle when hot, they always want something other than what they are getting: more throttle, more primer, no less throttle, no primer, worse than a whining toddler. Finally we got started, and rain showers were brewing. Racing ahead of them, I got out to the eastern coastal plain, and flew south of US 64, over some fertile farmland that has no trees, is flat as a pancake, and nobody lives there. Few know about the scenery; it befits Iowa more so than NC. I think a scenic highway should be built, as it also reminds me of the Guayas Province in Ecuador, a flat, fertile, far-as-the-eye-can-see kind of place in the tropics, something of an intrigue to be so remote, yet be able to see so far.

Alas, I shall cross the country one of these days, when my rear end is looking to take the shape of an airplane seat. 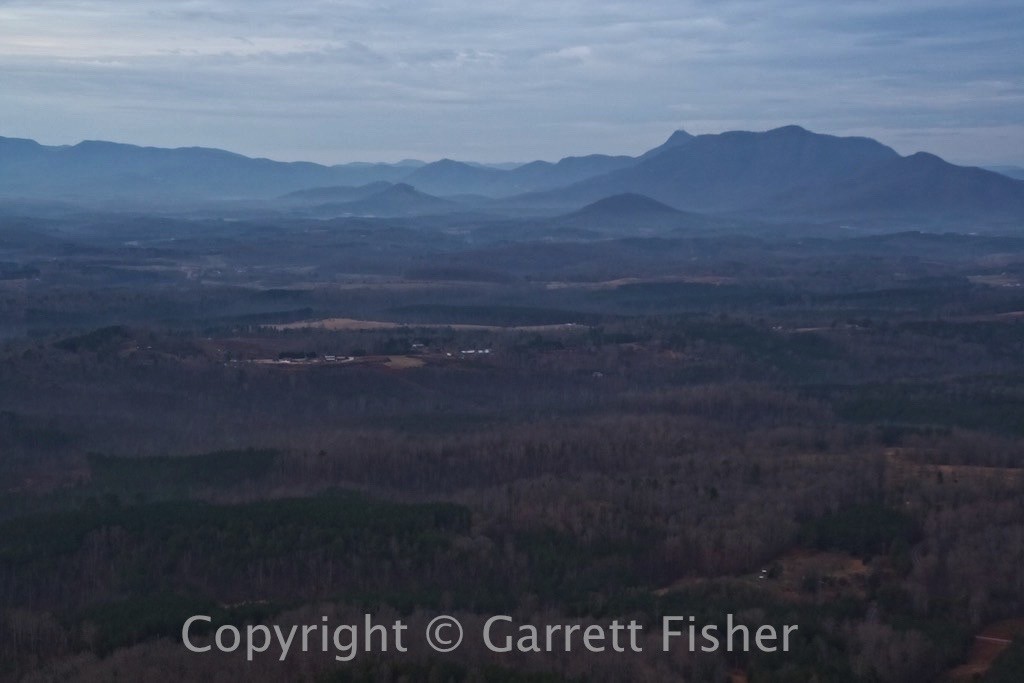 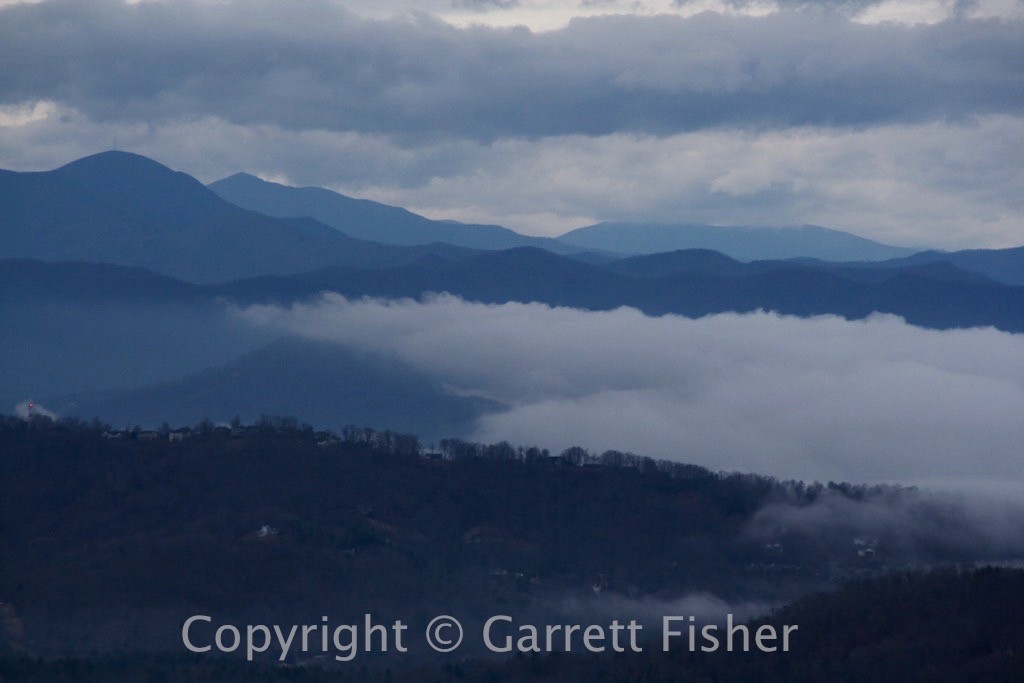 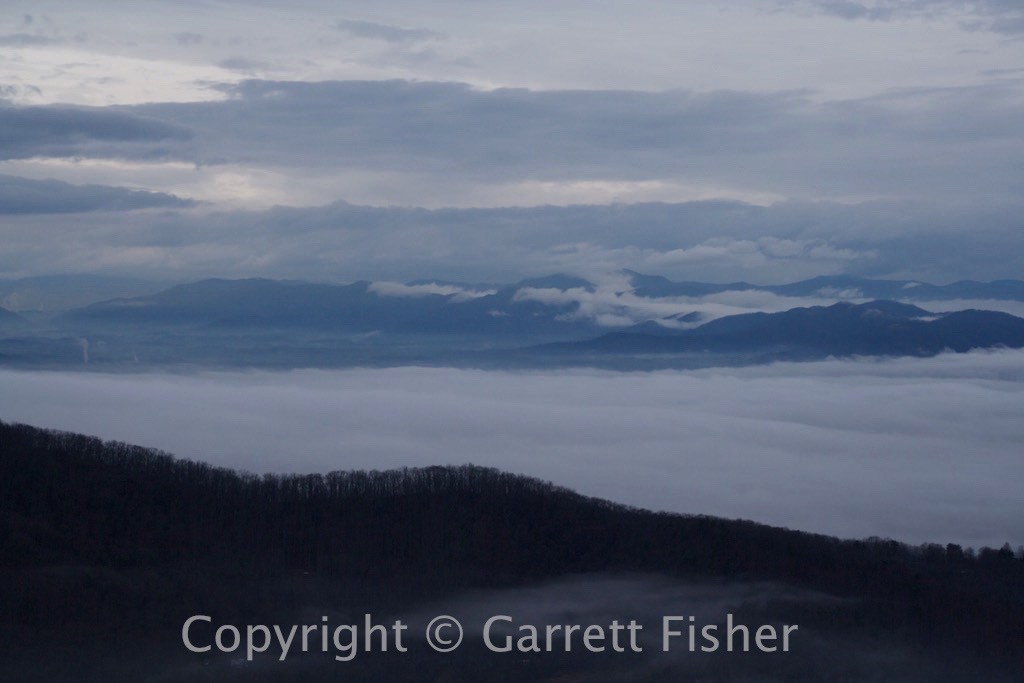 Asheville, NC is hiding under there 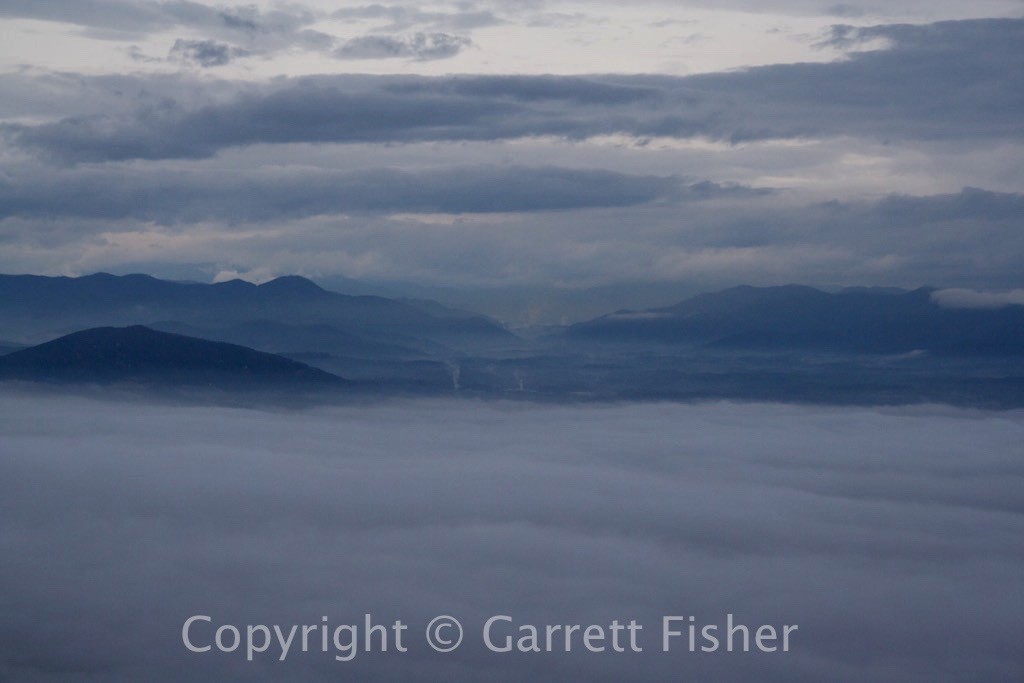 Overlooking Asheville down I-40 Corridor toward Waynesville, NC 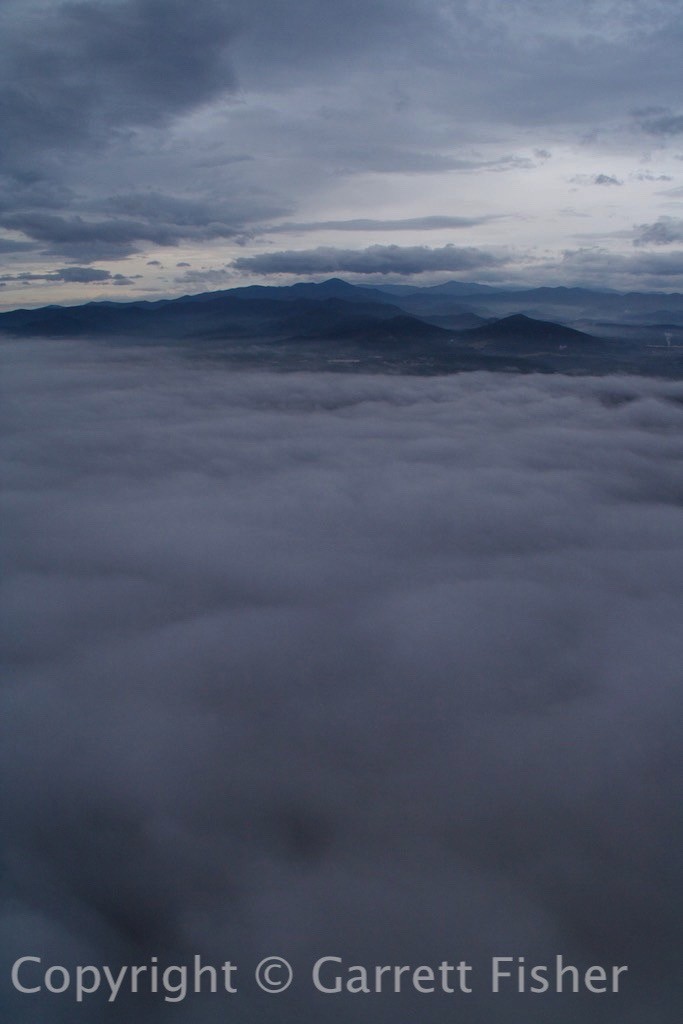 Asheville hiding under the fog, with Great Balsam Mountains in Background 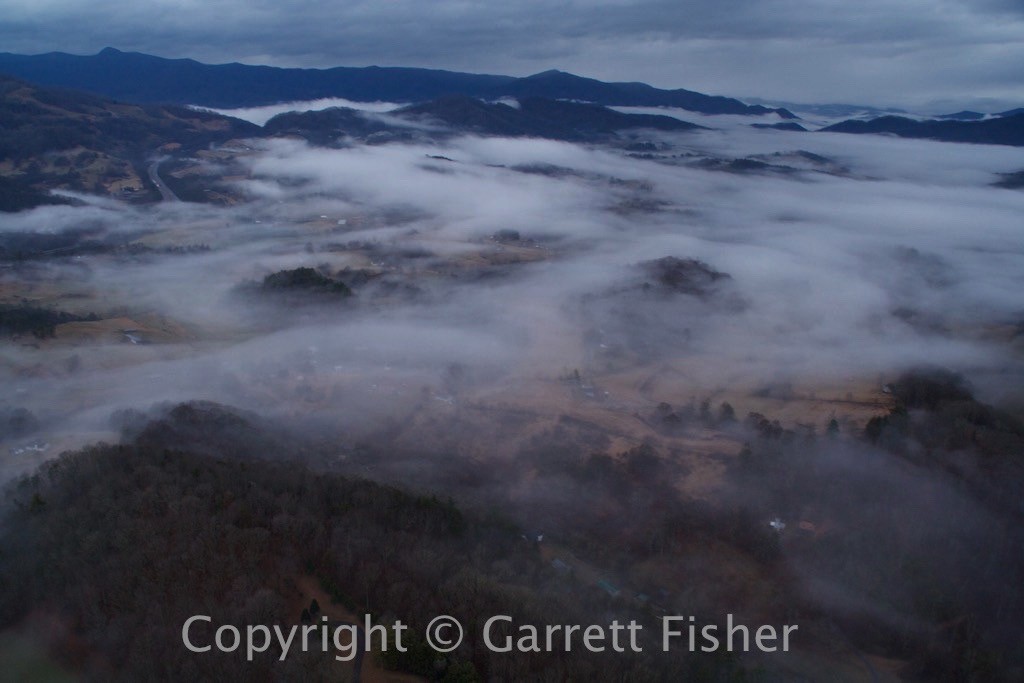 Not working so well, I-40 heading toward Tennessee 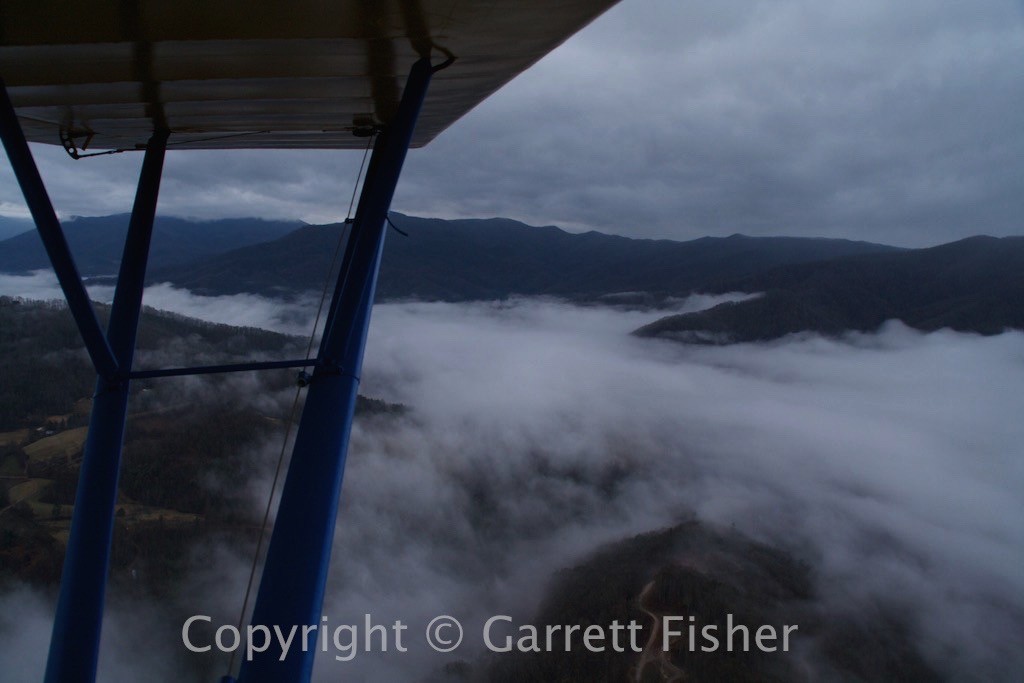 Uh-oh, Clouds above and fog below getting closer 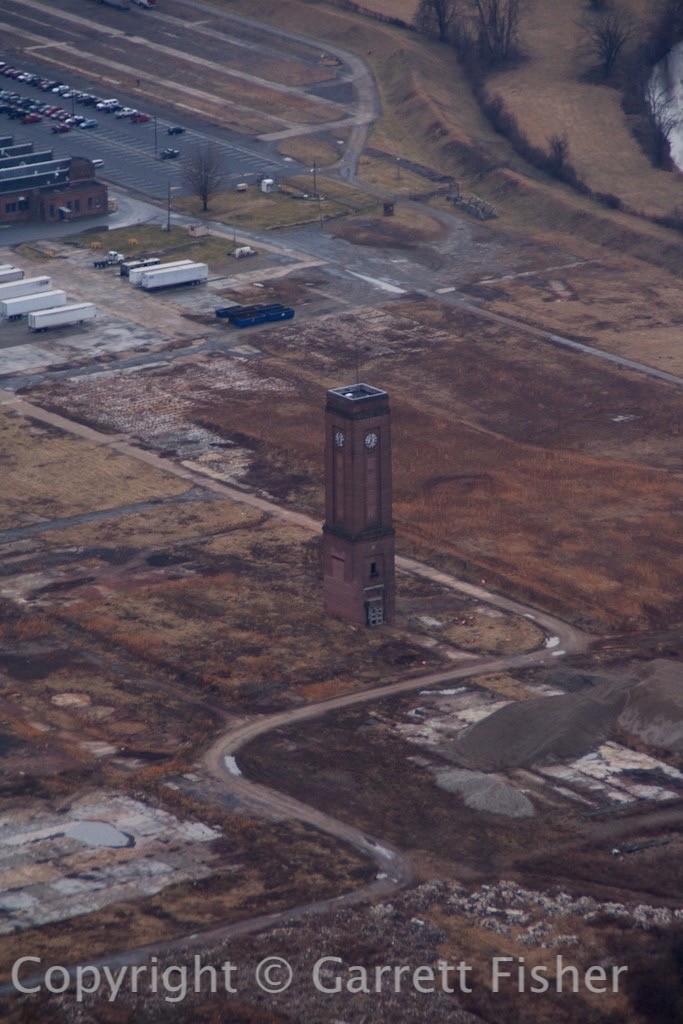 A phallus, there is always a phallus – Waynesville, NC after turning around 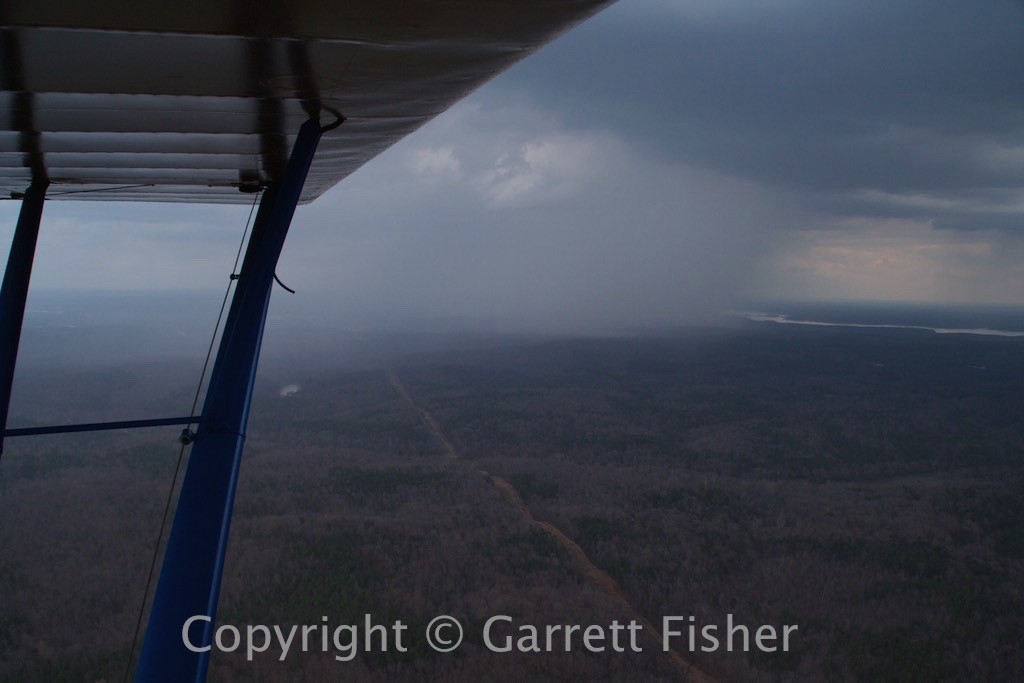 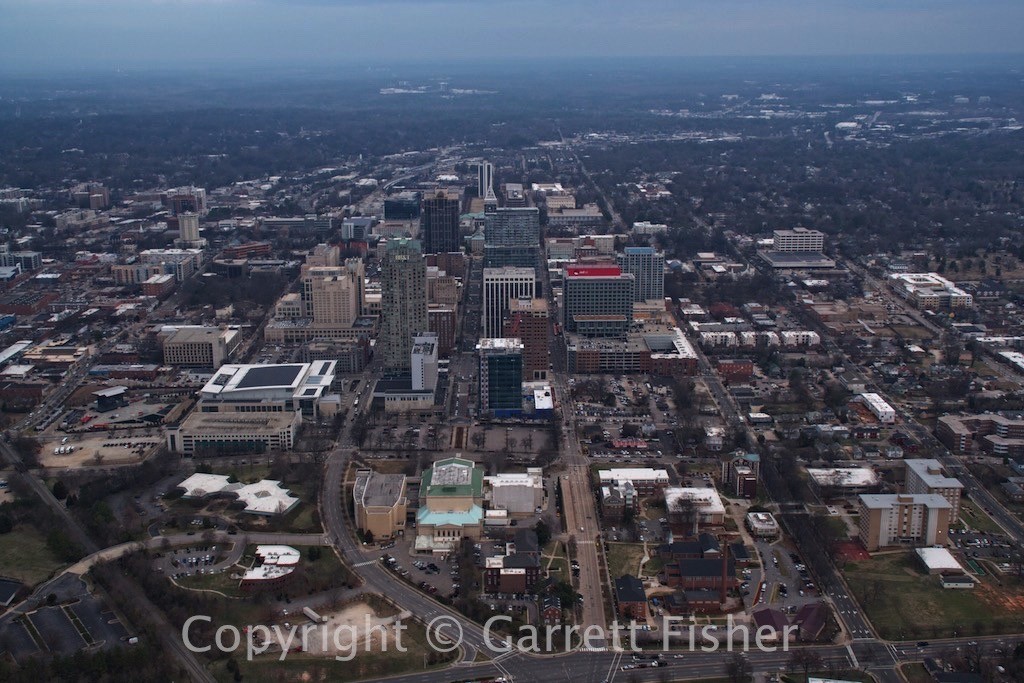 Raleigh, NC (state capitol) – Notice the broad and spacious highways without traffic, and then look at eternally traffic-jammed Charlotte and ask yourself what the hell is wrong with politics in North Carolina? 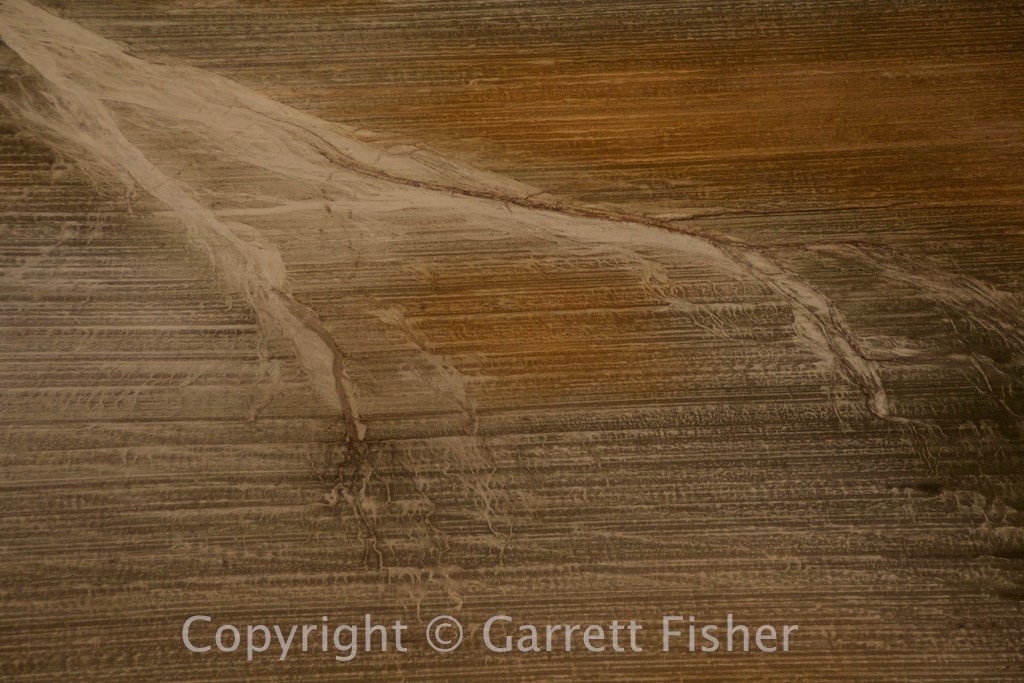 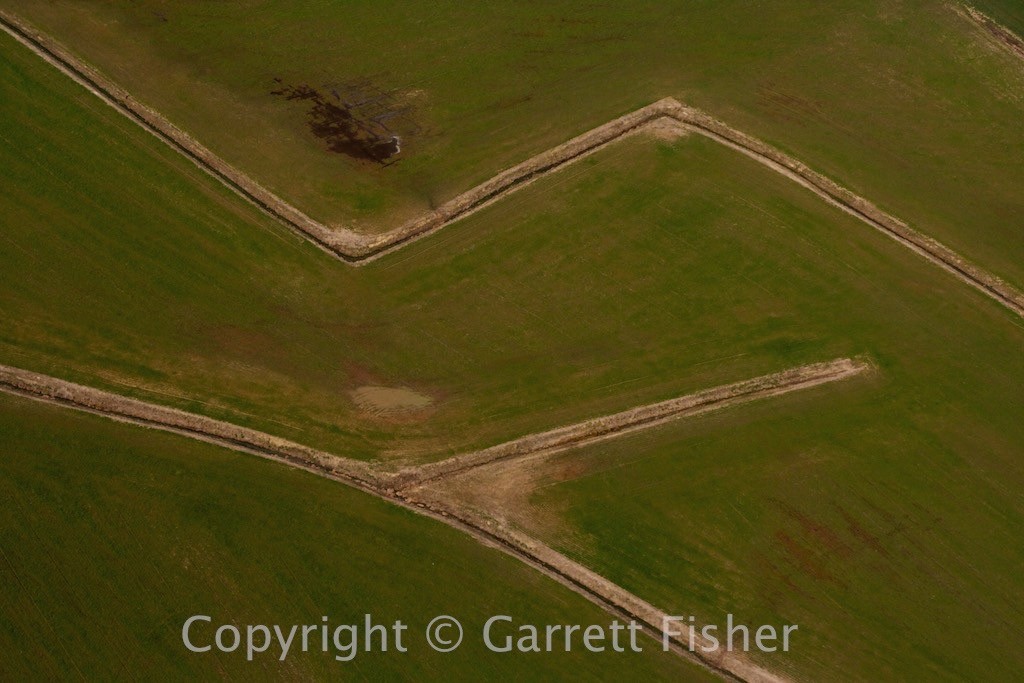 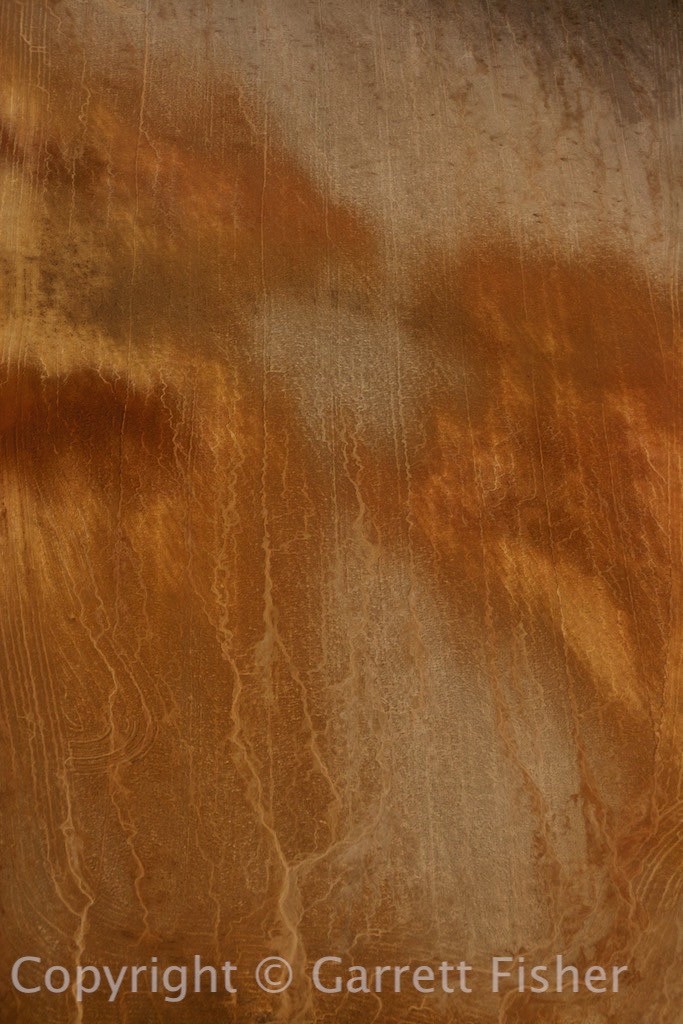 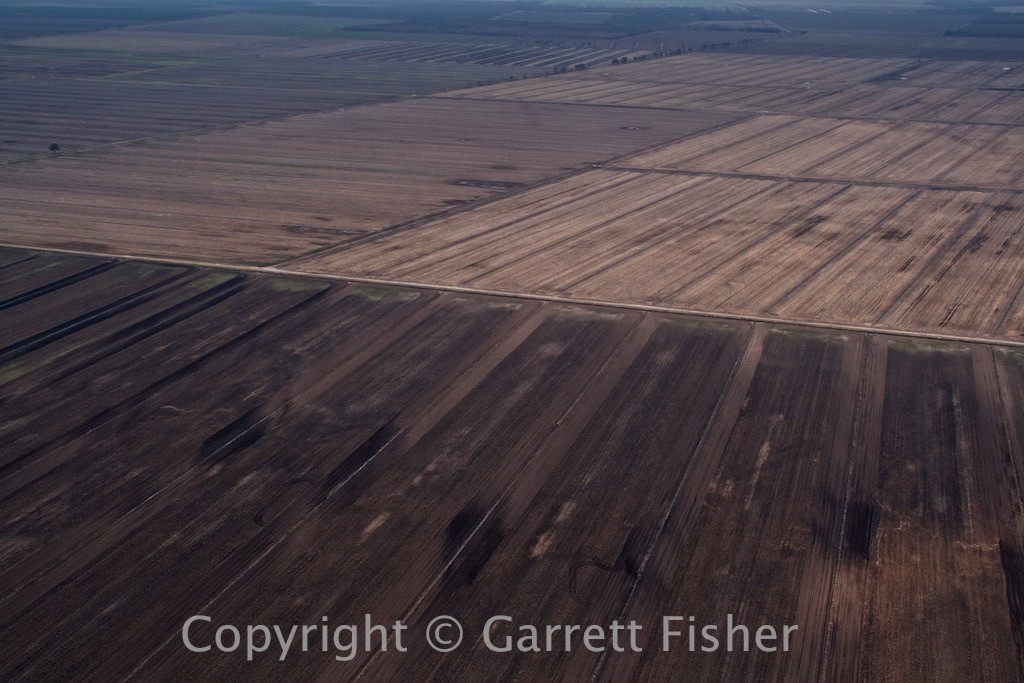 Fields SE of Plymouth, NC – A surreal flat area in NC most don’t know about 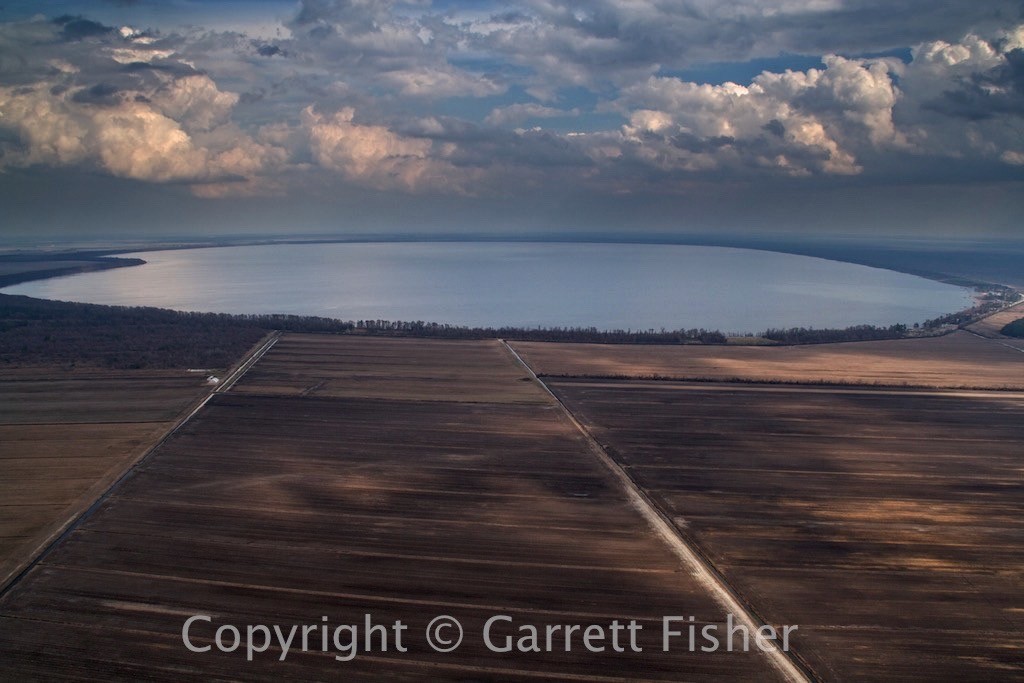 Lake Phelps, runs south of US 64 en route to the OBX, not visible from the road 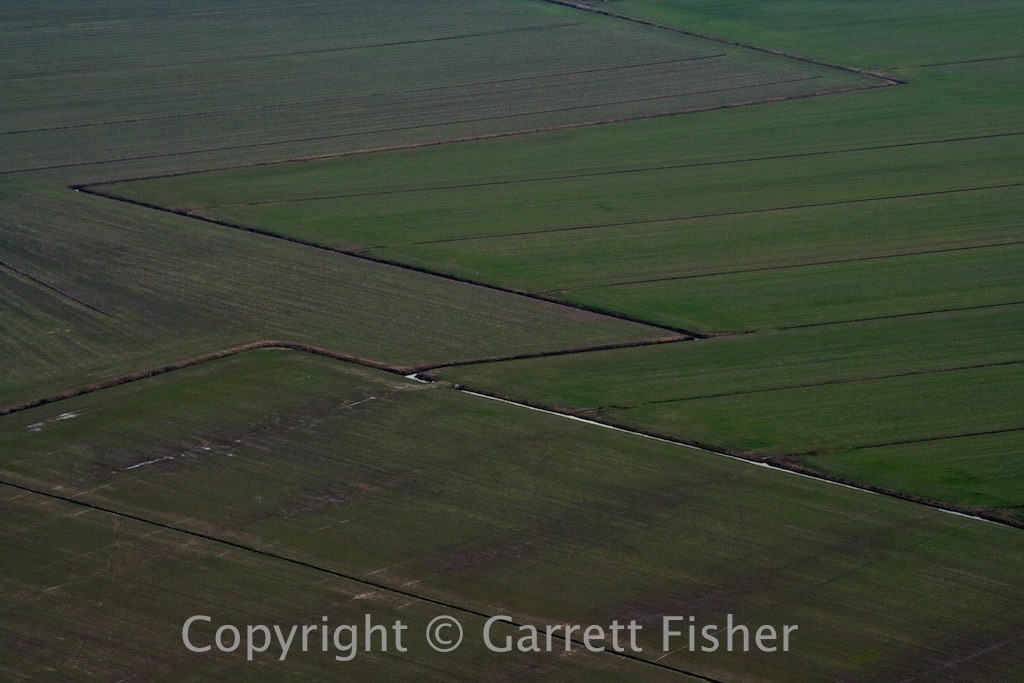 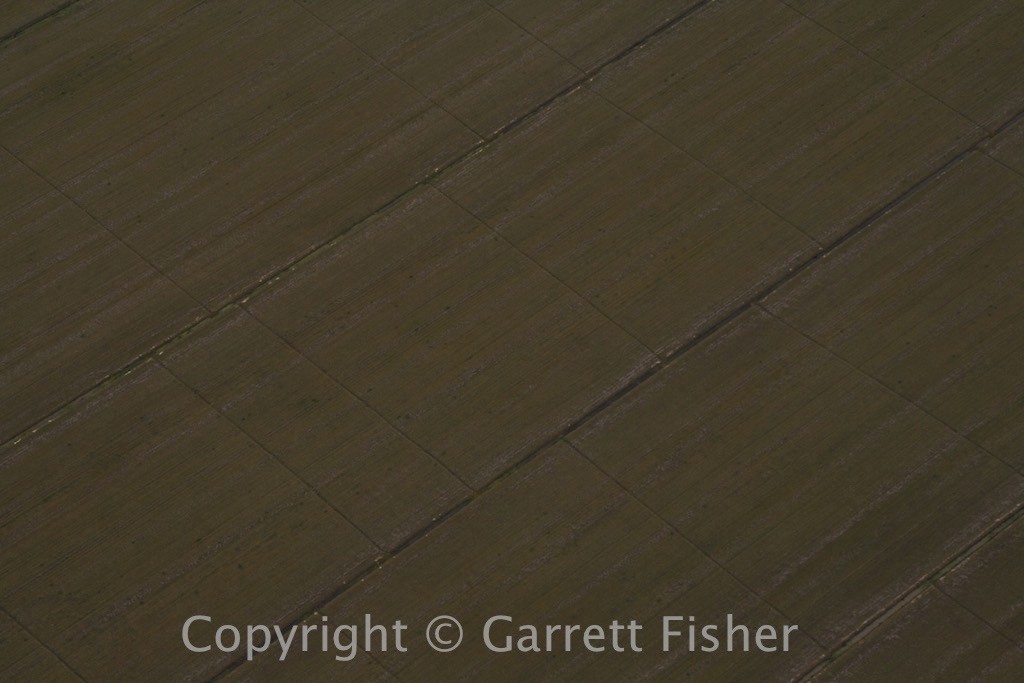 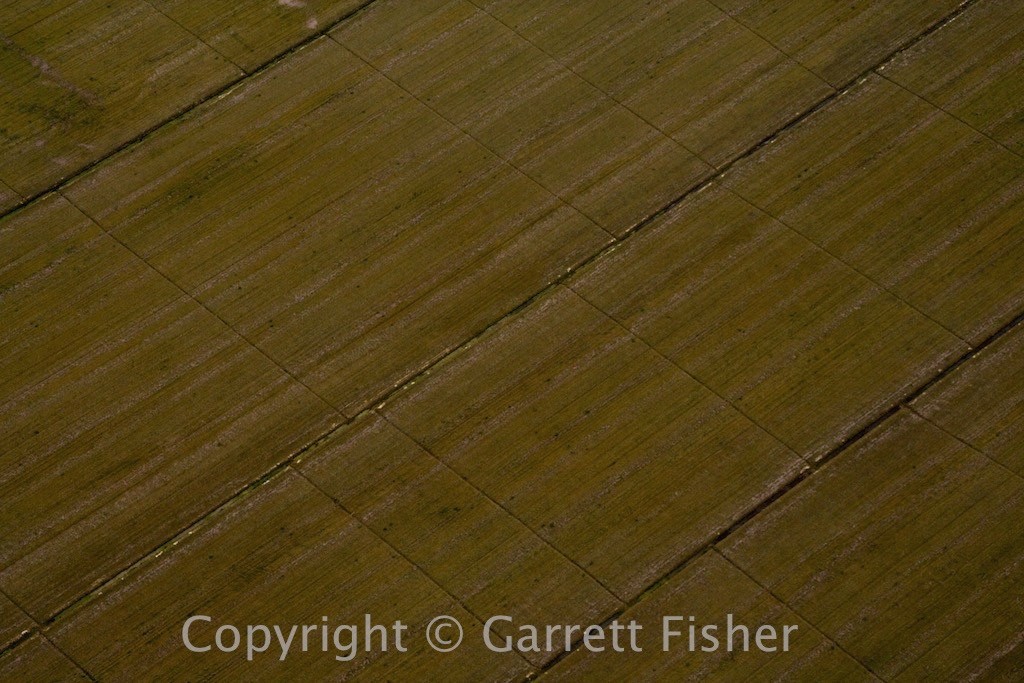