This flight started out with a grand idea to wander up to Montana. Airports were reporting all 10 statute miles visibility, with no “FU” appendix (literally means smoke), so I figured the smoke must be gone. I called Livingston, MT and talked to an older gentleman, just to be sure before flying 178 miles for nothing.

“Hello, I am calling to check if there is any smoke visible. I have a photography flight to take up that way.”
“Smoke? Ha! Its 5 to 6 miles visibility right now.”
“Uh, right. Well, your automated weather says 10 miles.”
“Well, I don’t know what to say, there’s smoke all over the place.”
“This is my first year here. Do you have any knowledge of how long the smoke normally sticks around for?”
“If there are fires in Montana, there is smoke.”
“Yeah, I know that. Any clue how long it usually lasts?”
“Until it rains or snows.”

At this point, I gave up. I ran into the same situation with my 14ers book in Colorado.

<<Standing at Leadville, highest airport in North America>> “So…. can I fly over there by those 14ers?”
“Sure, just don’t get yourself killed.”
“Well, I am new here, so any particular weather that is bad, and any that is usually good?”
“Nope, you just don’t want too much wind.”
“Is there any direction that is worse?”
“Nope.”
“Any suggestions when to go up and try?”
“When its not windy.”
“Does that happen much?”
“Nope.”

Airport people are clearly useless, so I just go flying and figure it out. Nothing like locals who don’t know a damn thing about the local area. In this case, I trusted that the smoke was a problem in Montana, and went south instead. Time to conquer the next segment of the Green River, along with the Uintas Mountains, and Bear Lake just because it’s on the way and pretty.

Well, I must say it was a great flight, also happening to break the record for the longest photography flight (8 hours). While I have gone 13 hours in one day, it was crossing half the continent in a straight line, and not for the purpose of photos. Southeast Idaho was really pretty. Bear Lake may as well have been the Outer Banks. And the canyons along the Green River were astounding, ending with amazing texture in the southern part of the Wyoming Range. 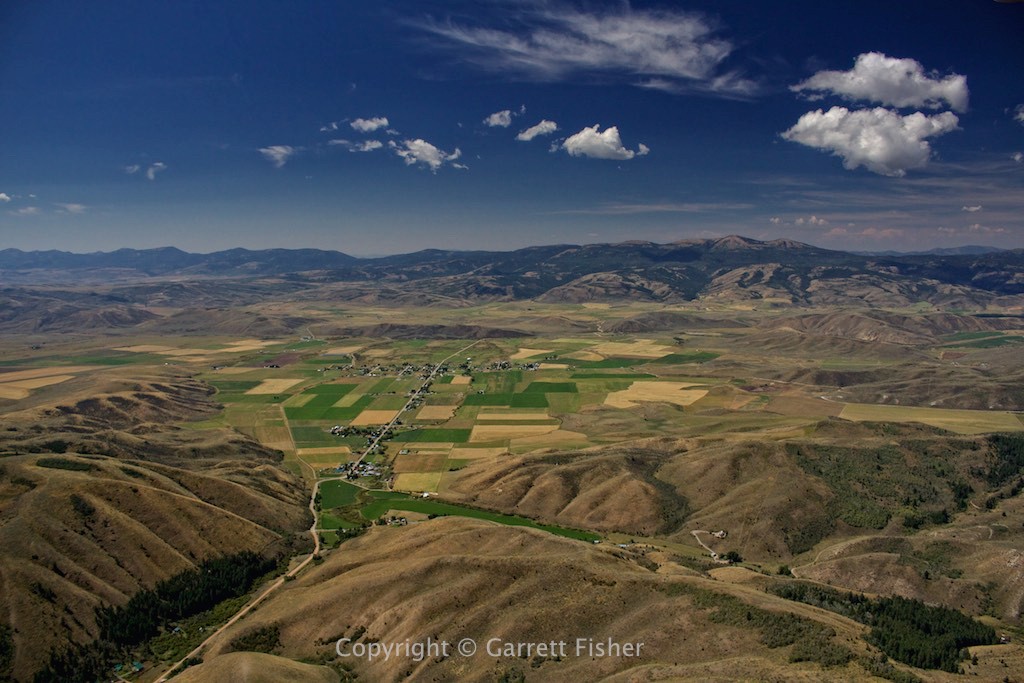 Marshes on the north side of Bear Lake, ID

Bear Lake, ID – No, this is not retouched. Known as the “Caribbean of the Rockies,” it gets its color from limestone in the water. 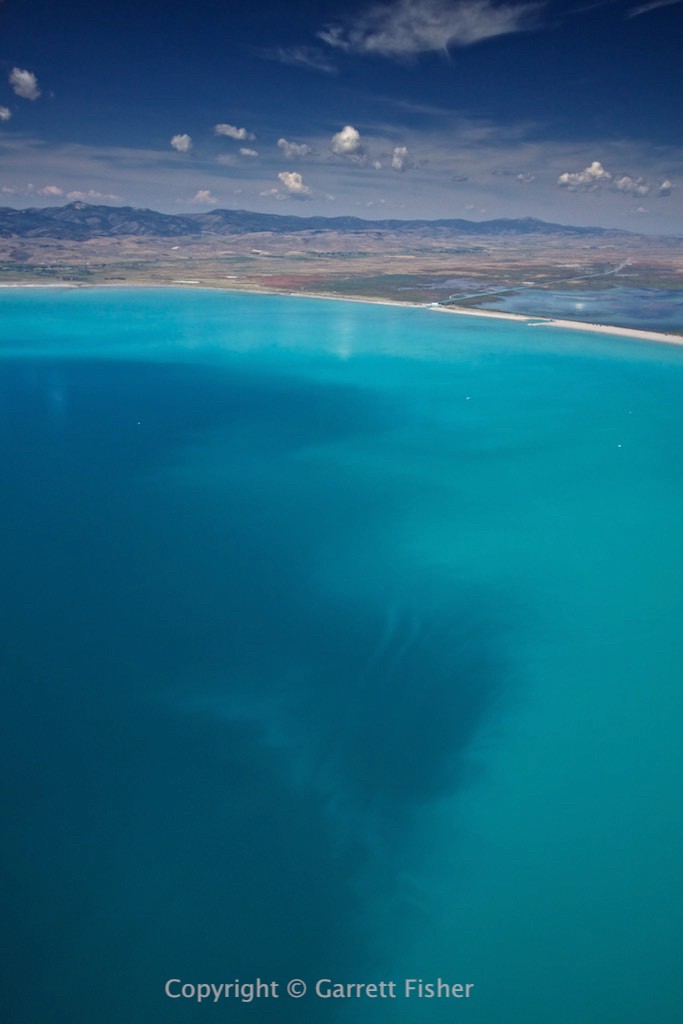 Bear Lake, UT – Yes, the ID/UT border runs left-right through the middle of the lake. My airplane at this point lost its Utah virginity, now the 26th state it has been to. 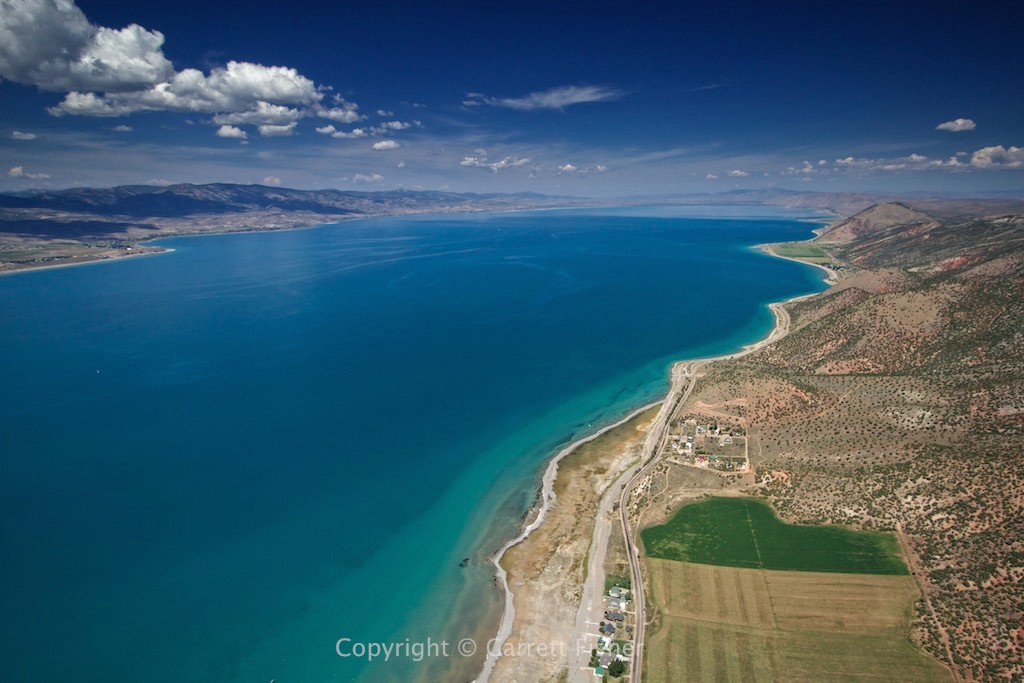 This is back in Wyoming, a rather steep terrain feature I saw en route by car to Alpine for the first time in February. I remember thinking that I wanted to fly by it…. 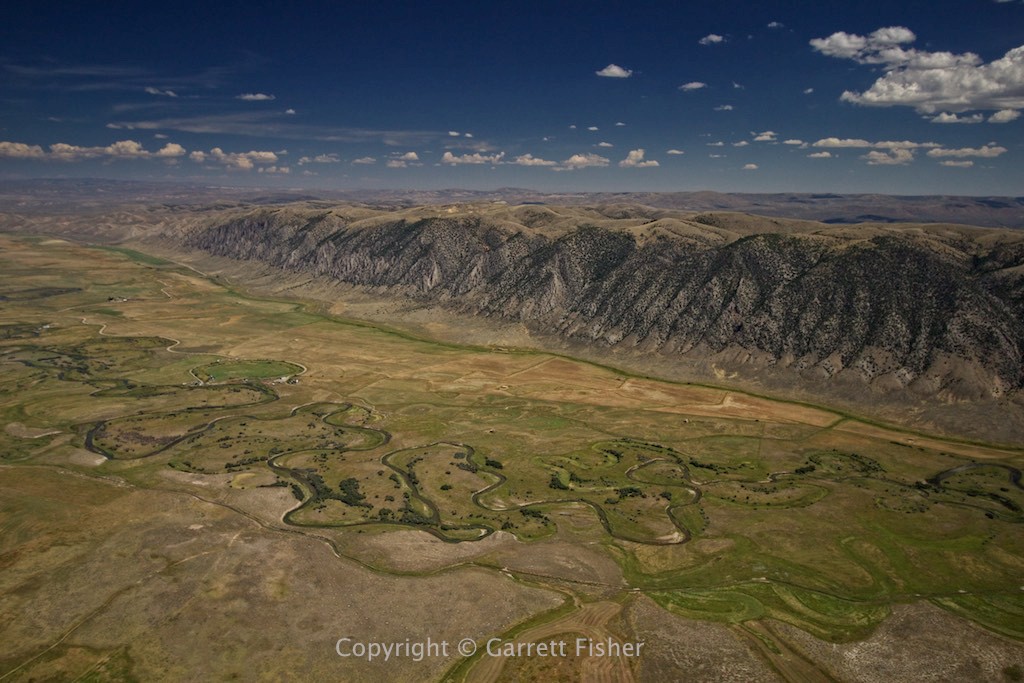 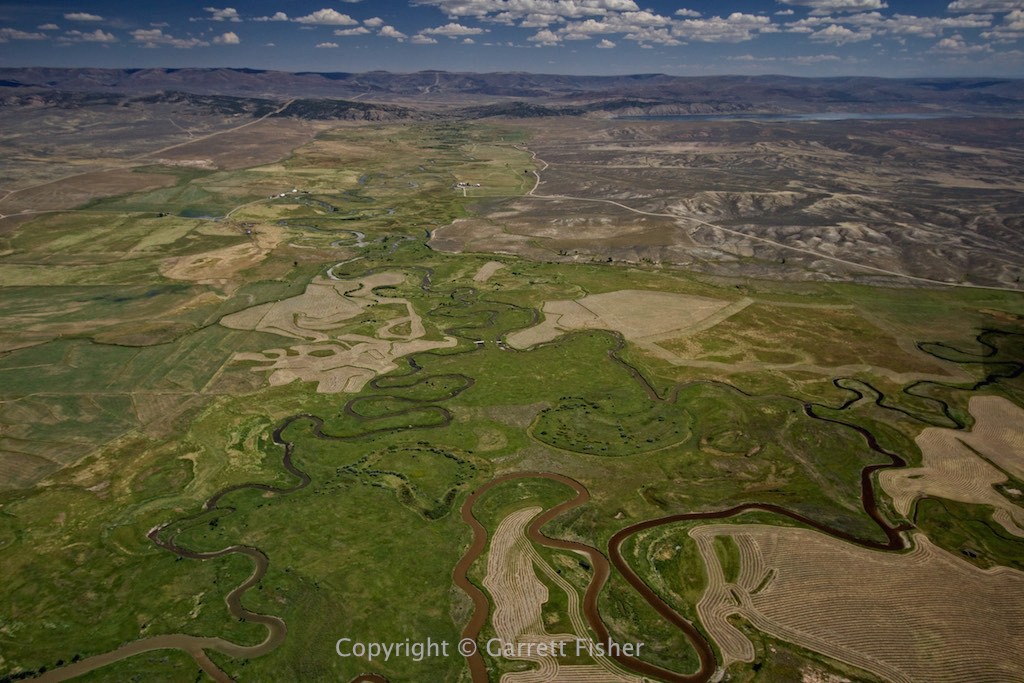 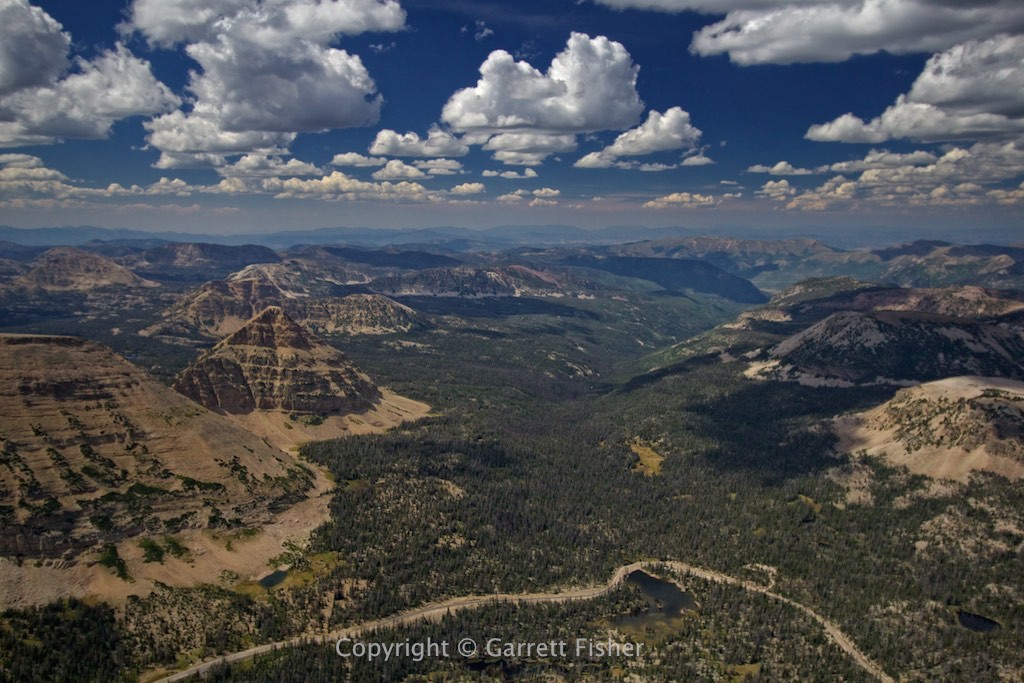 Somewhere in the desert west of Vernal, UT. It smelled like paint thinner, and I discovered the source as some skanky refinery/chemical plant in the middle of nowhere. 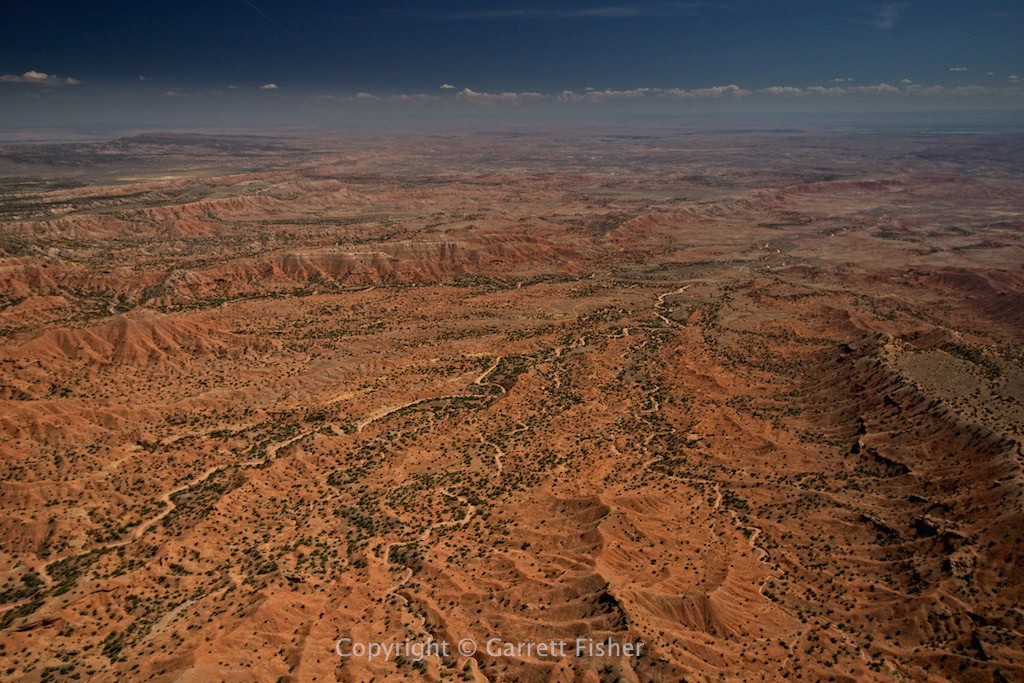 Vernal, UT. Utah has a lot of dystopian places that look all green and idyllic, when the reality is that the whole place is quite a desert (see the brown to the left…. death by dehydration awaits over there…..) 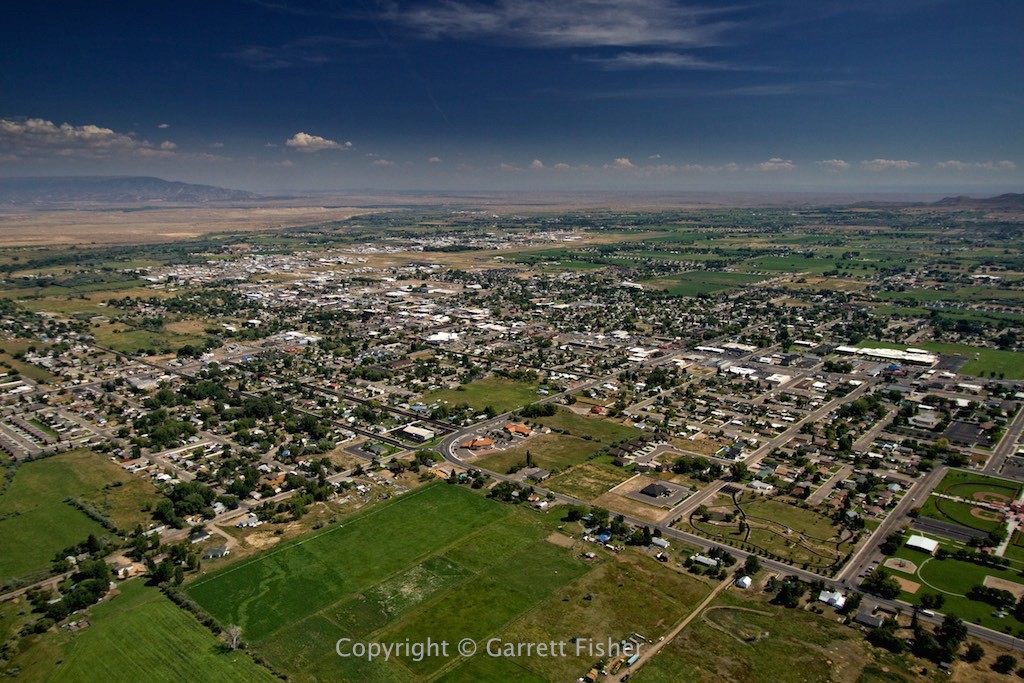 Death by dehydration…..or a place to drive a 4×4 around in circles for fun. 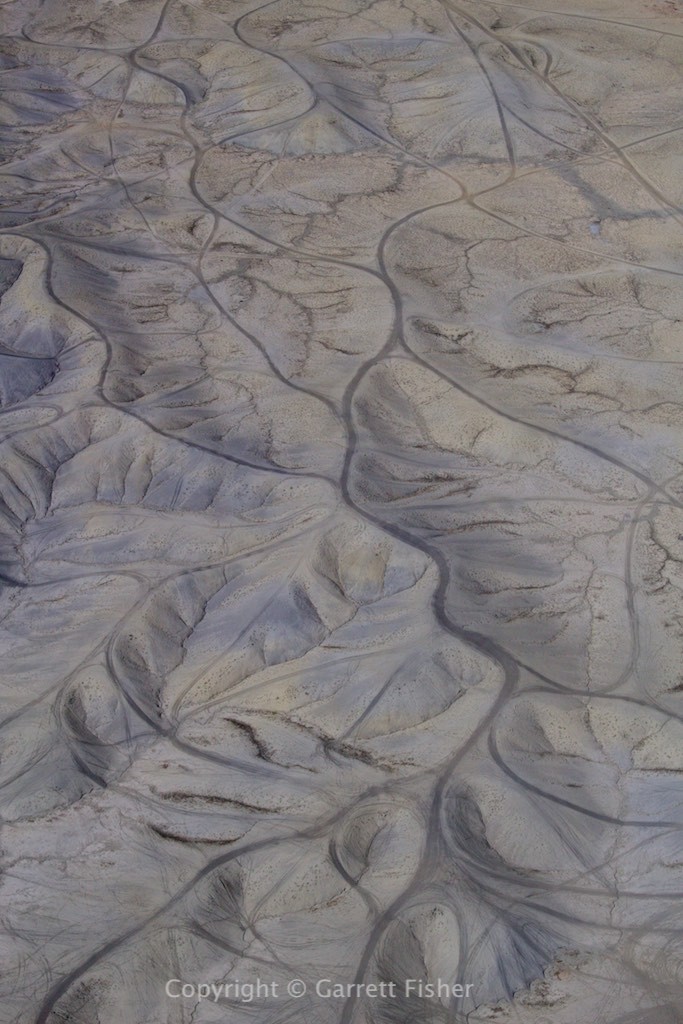 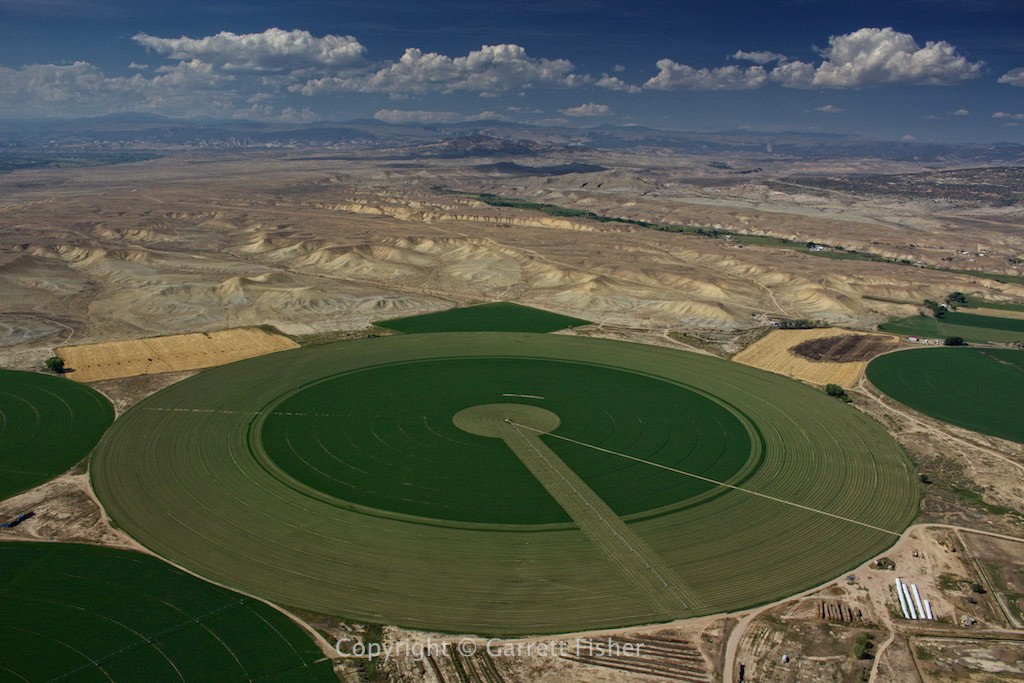 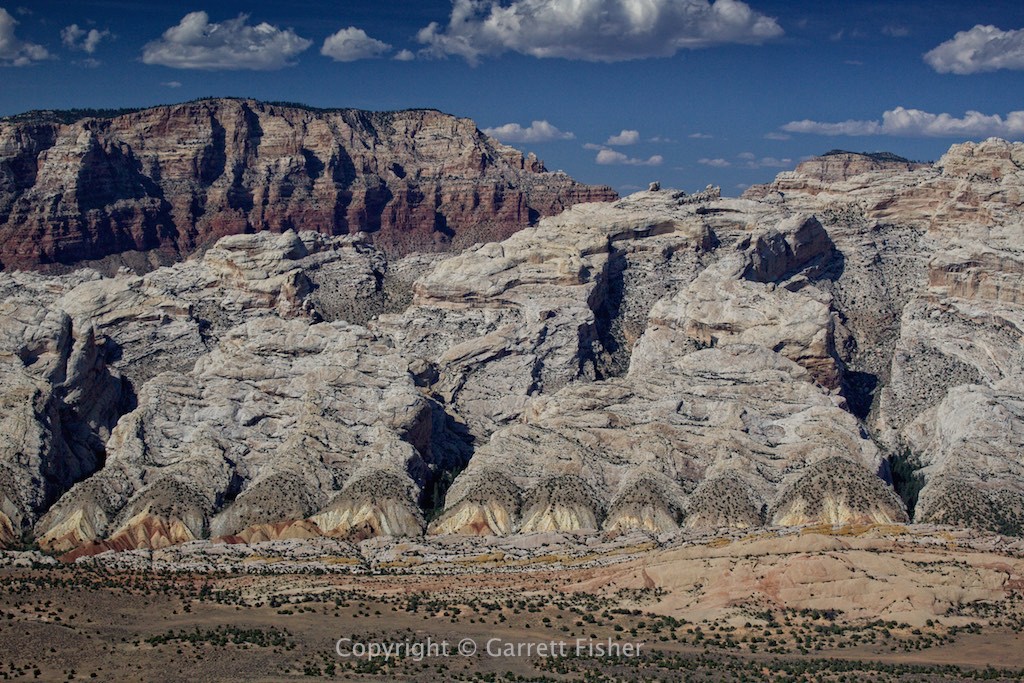 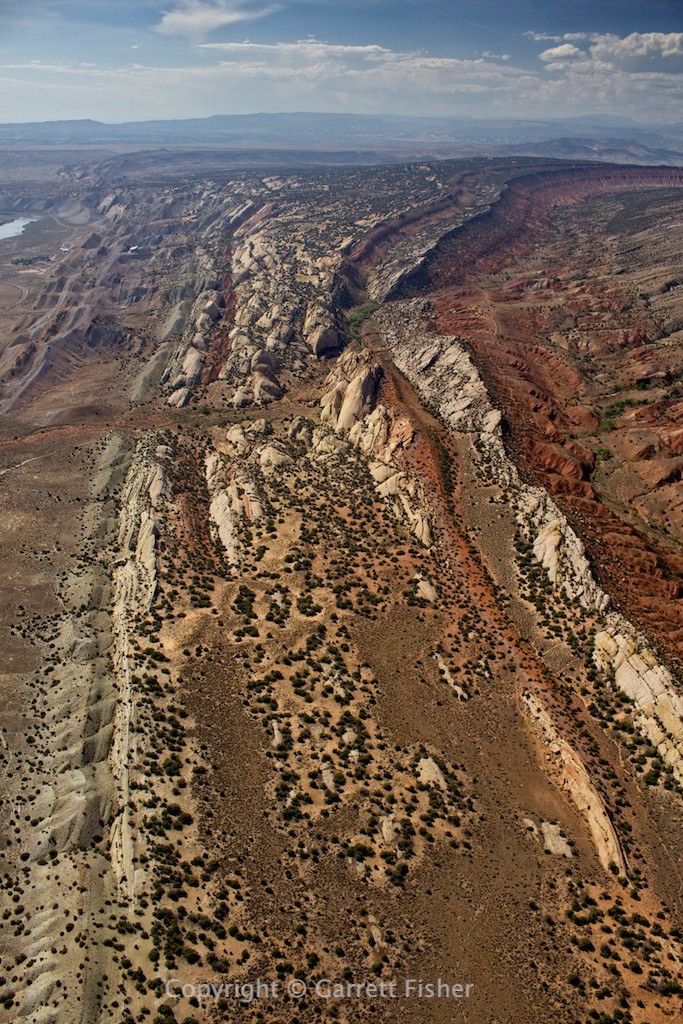 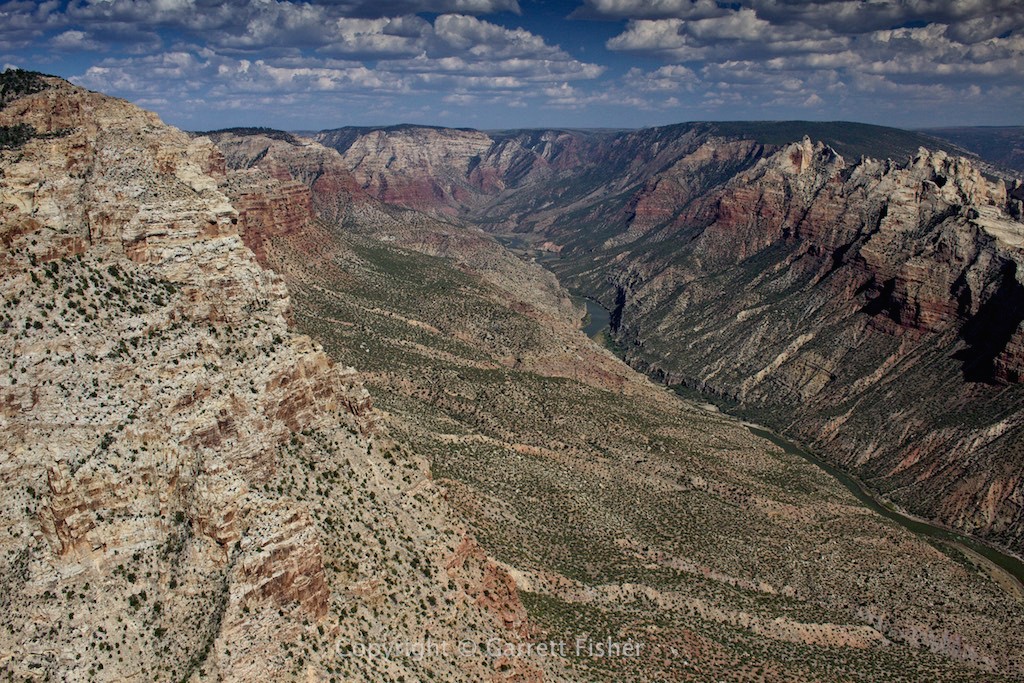 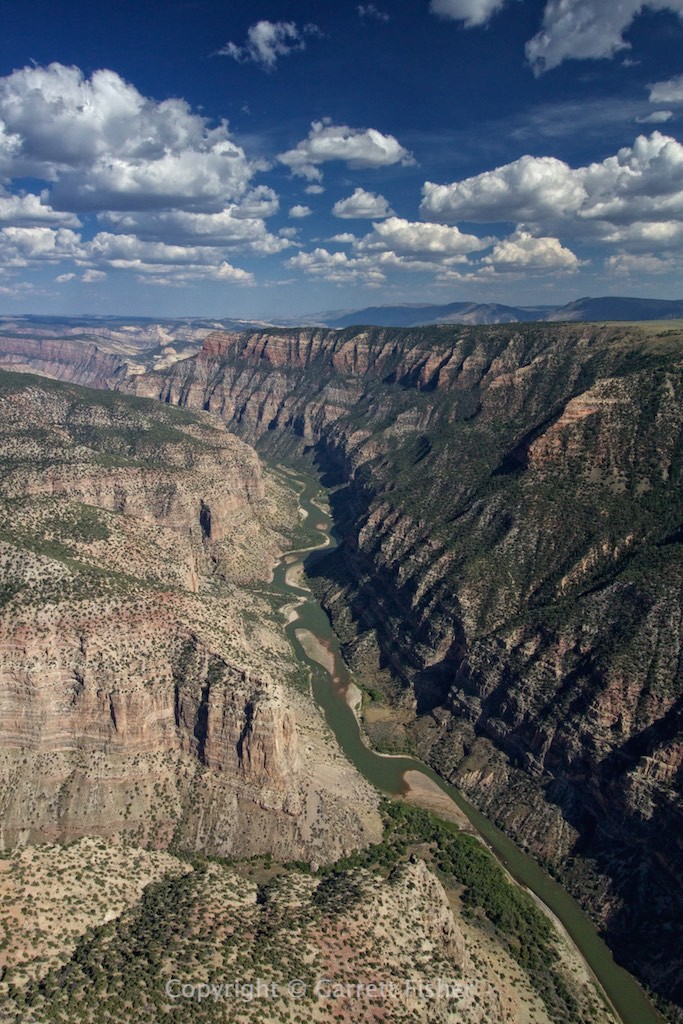 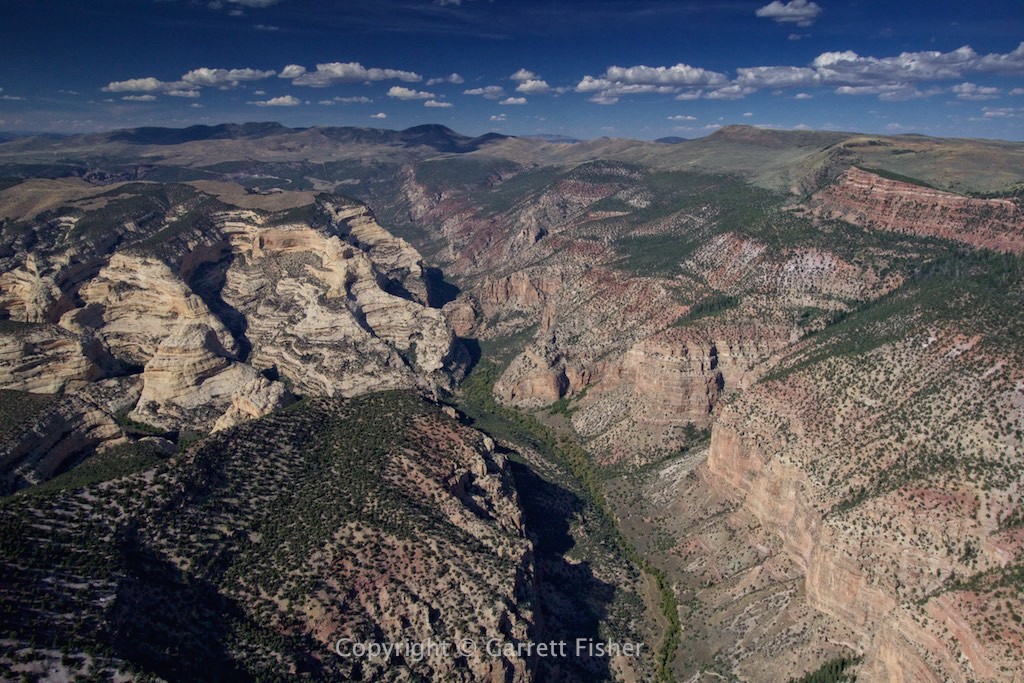 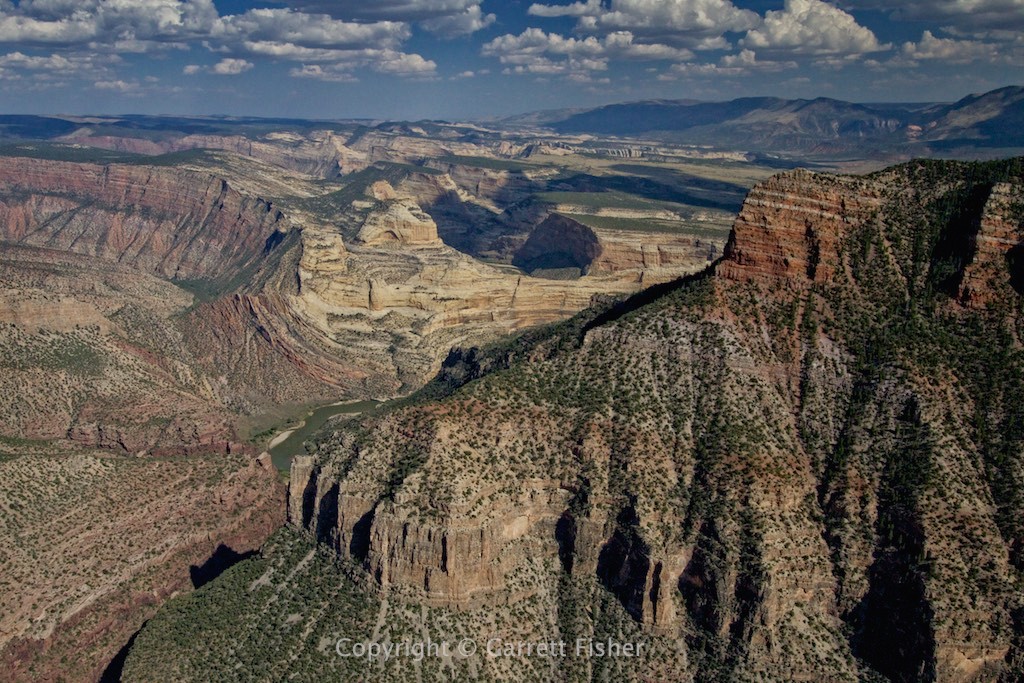 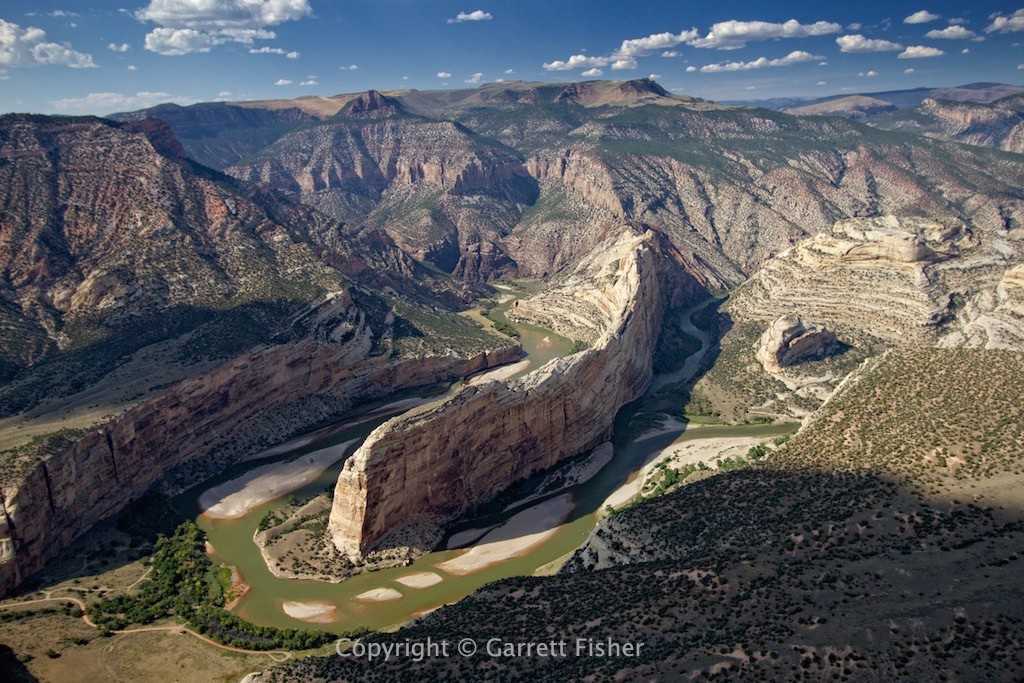 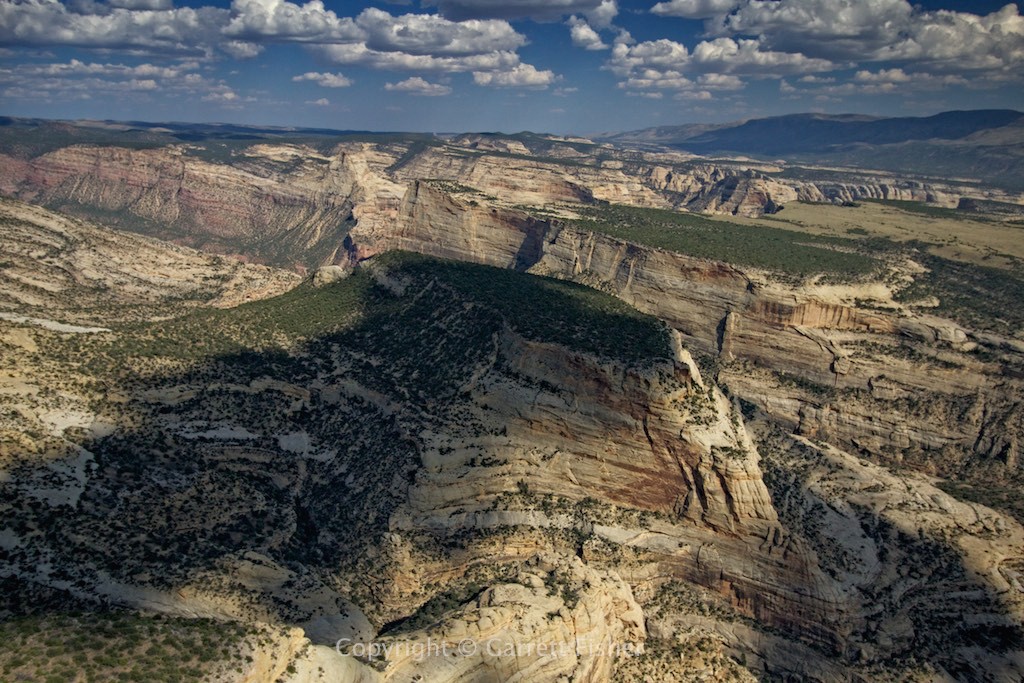 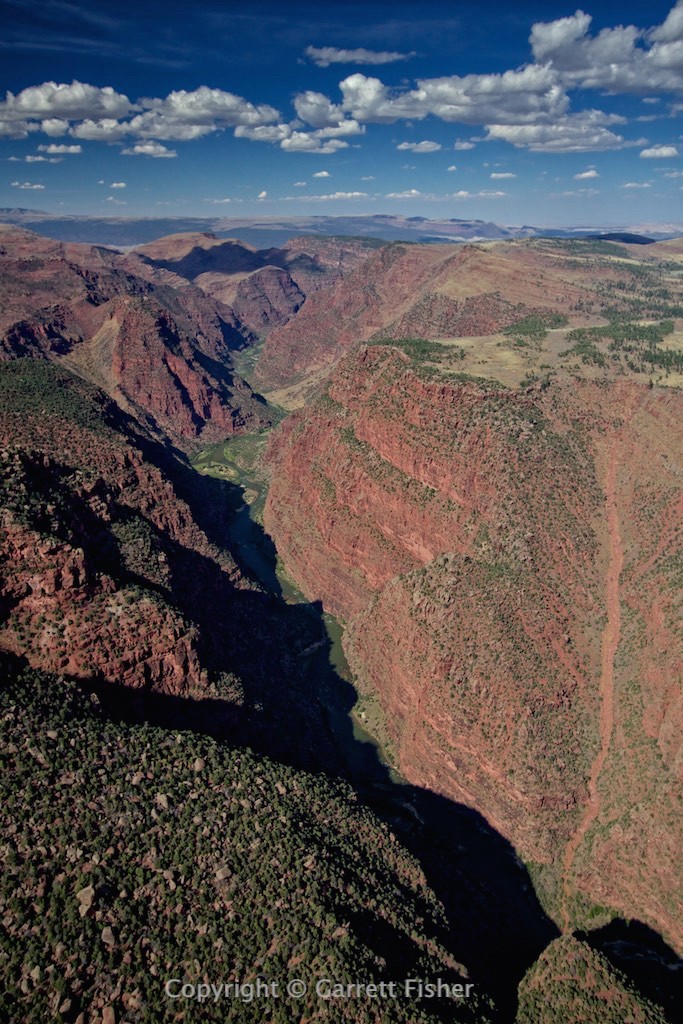 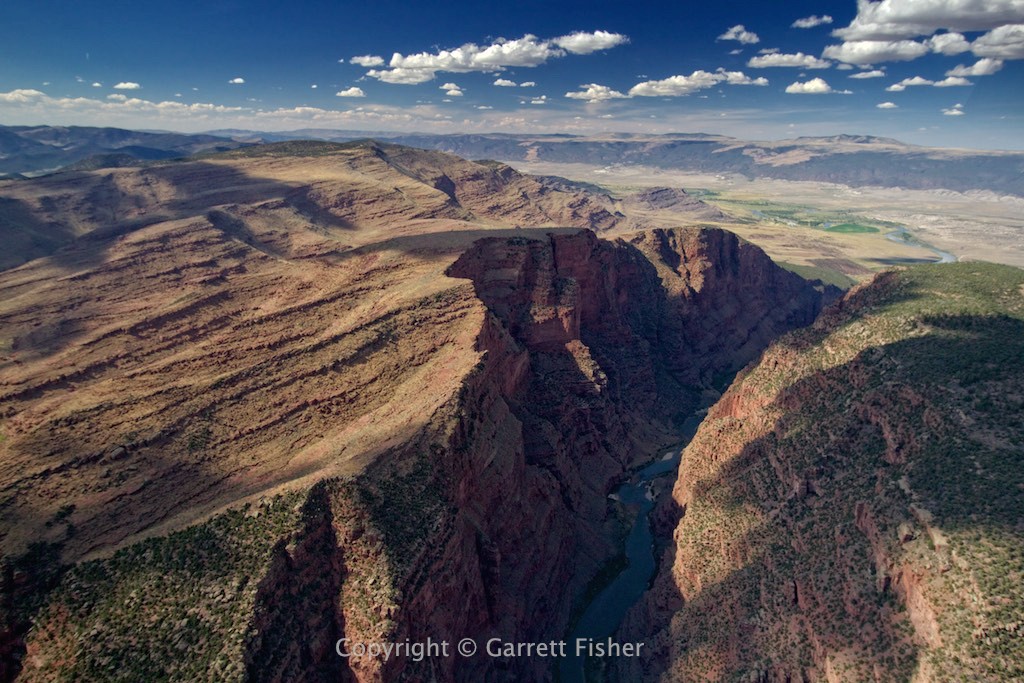 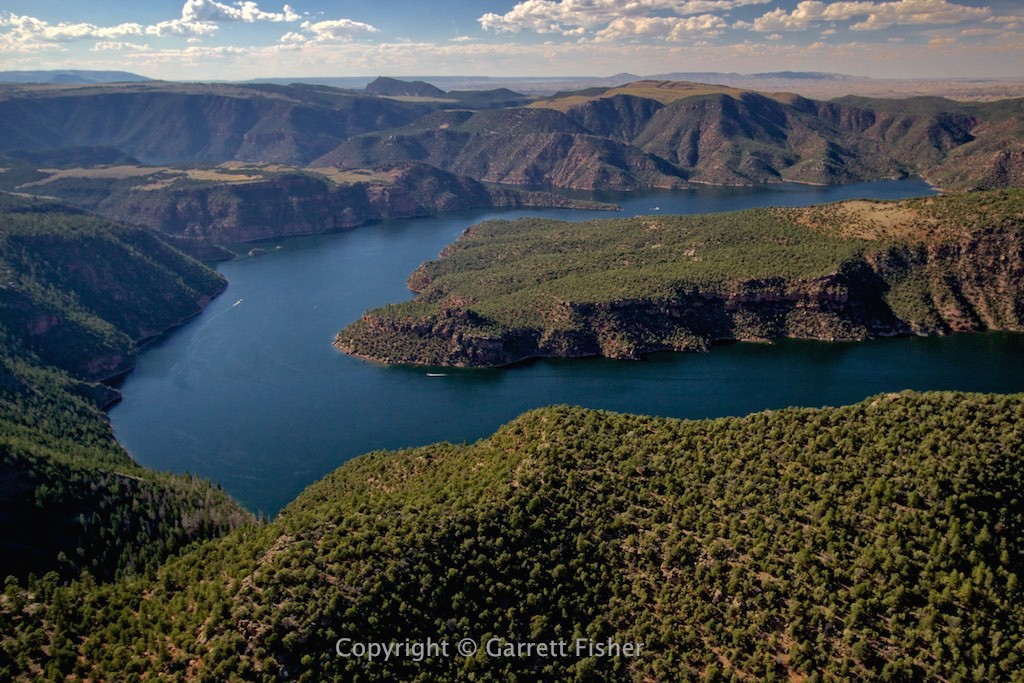 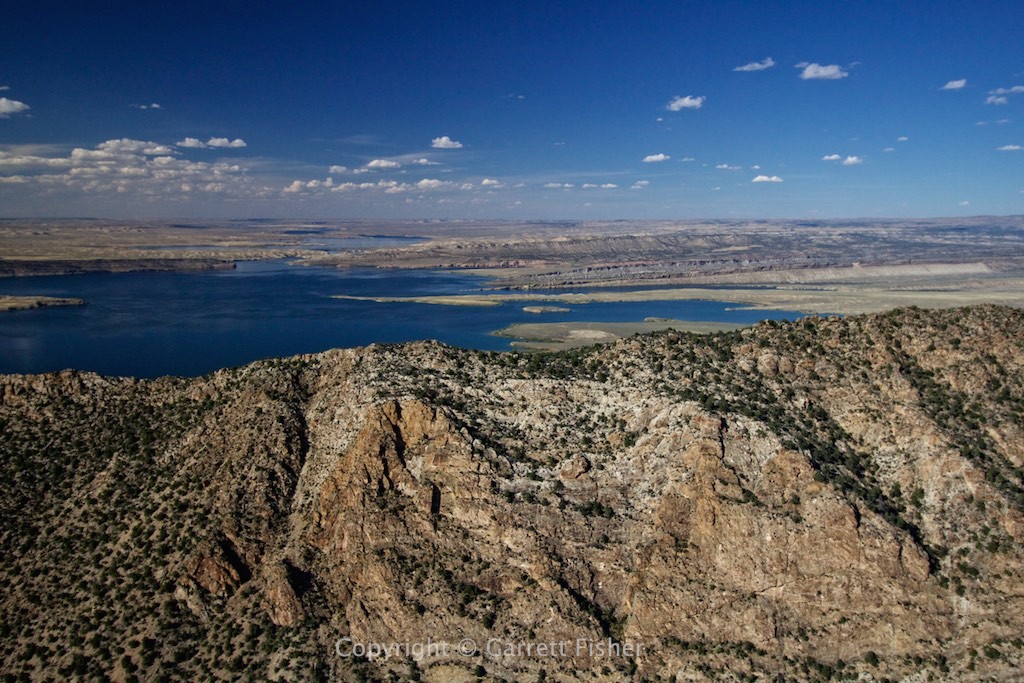 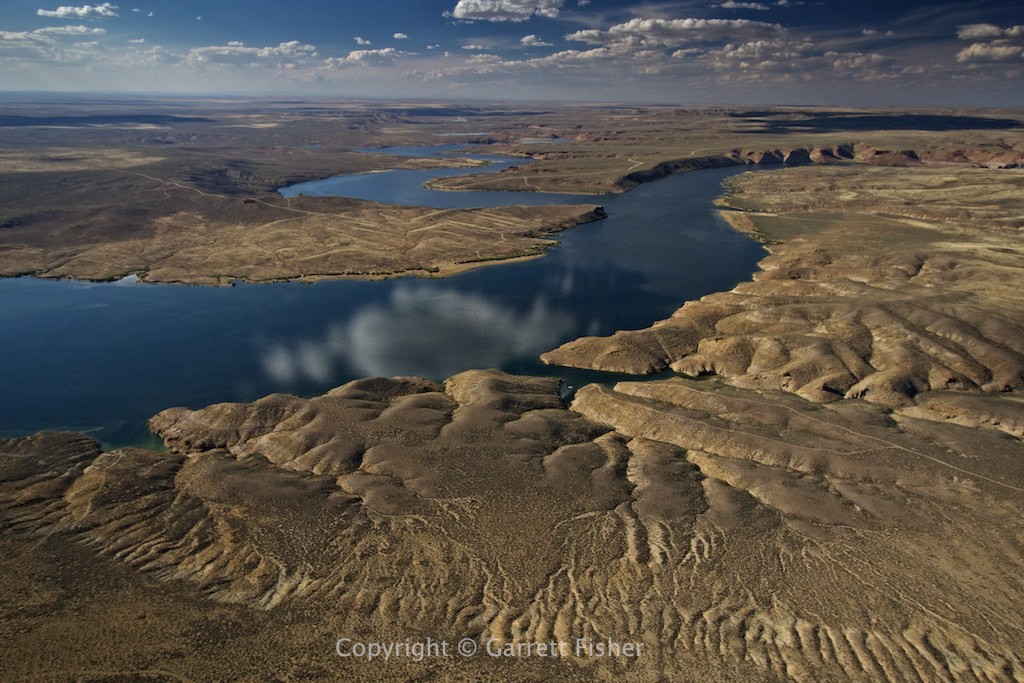 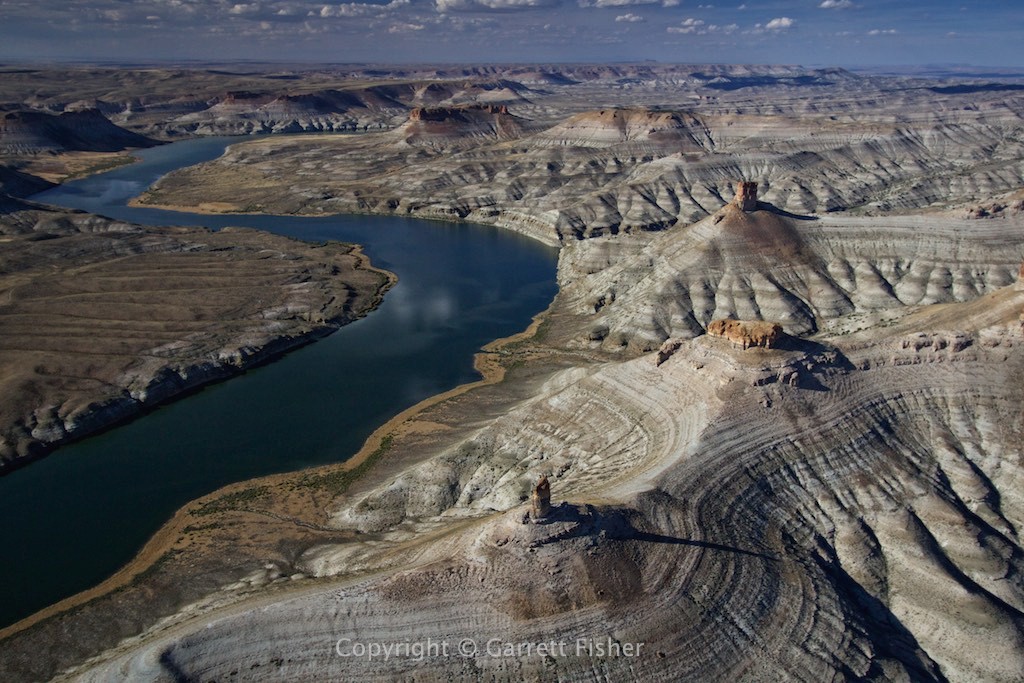 Home on the range…. good old middle of nowhere Wyoming. At least I had 3 bars cell signal the entire time through here…. 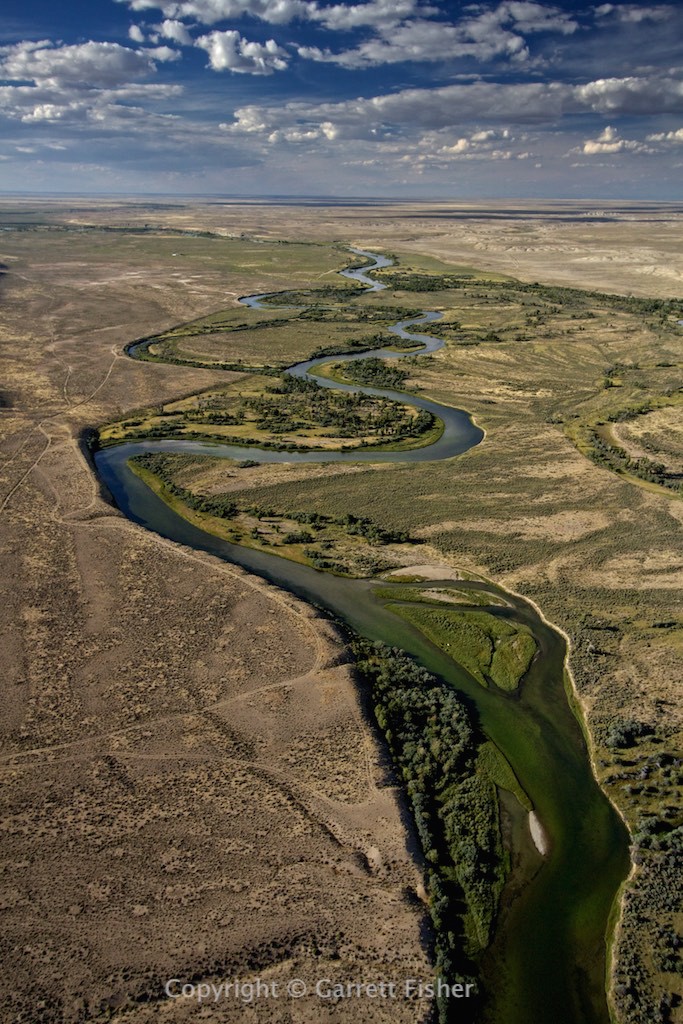 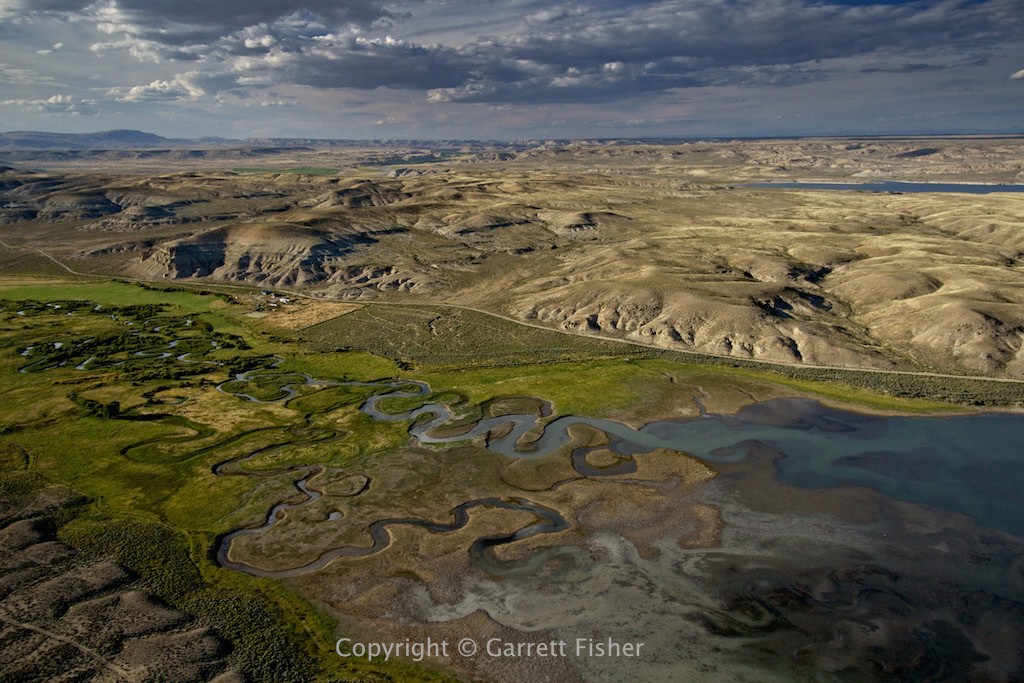 Wyoming Range foothills (uh, that would be in Wyoming in case that wasn’t evident) 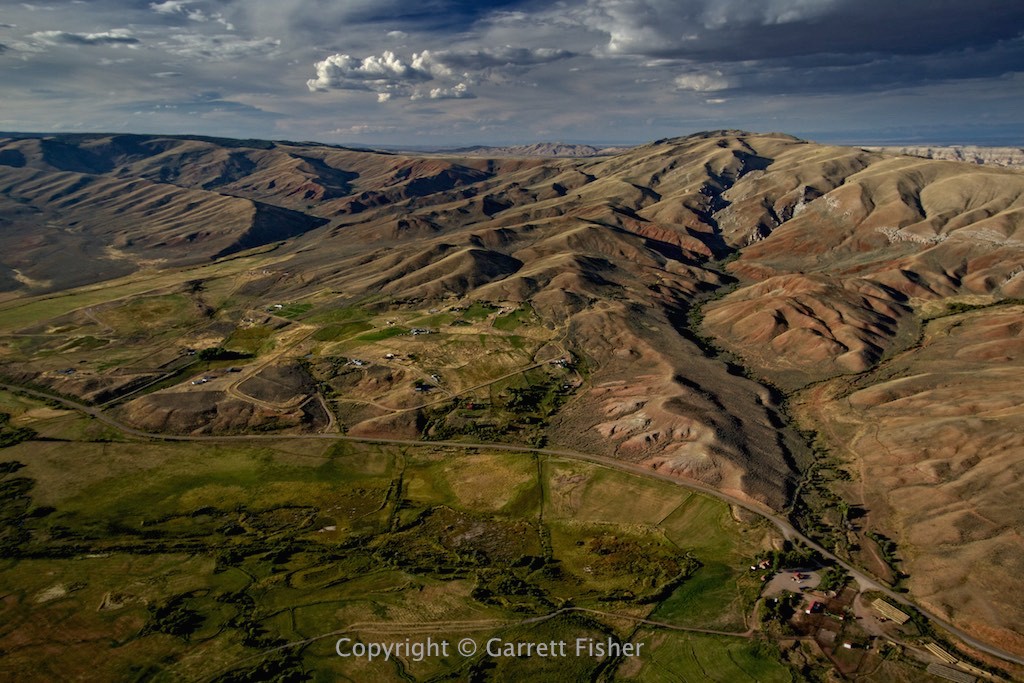 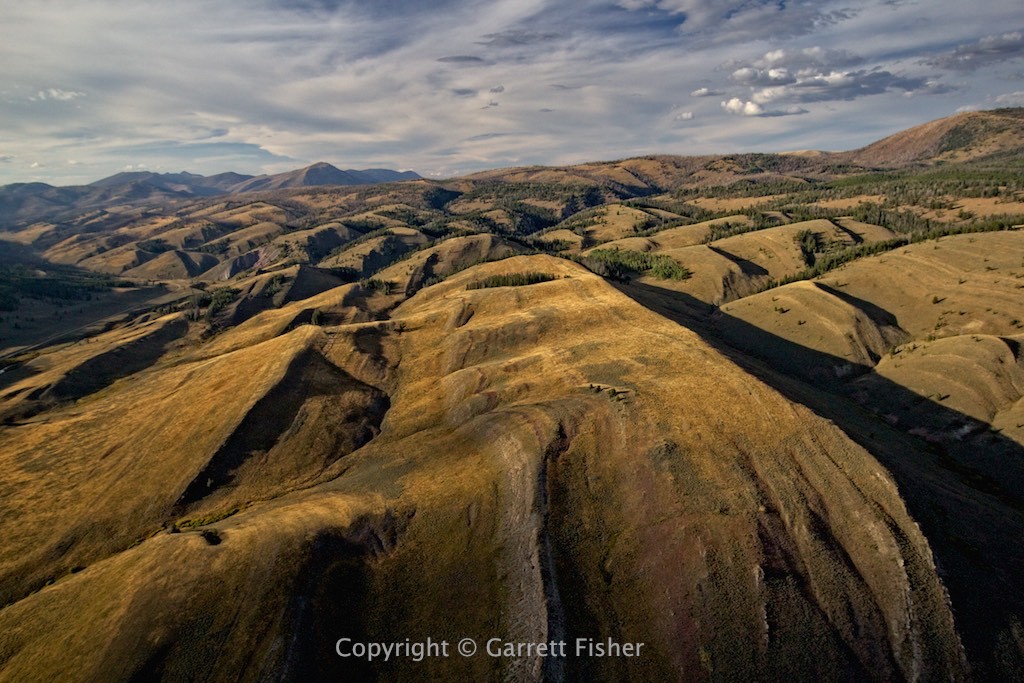 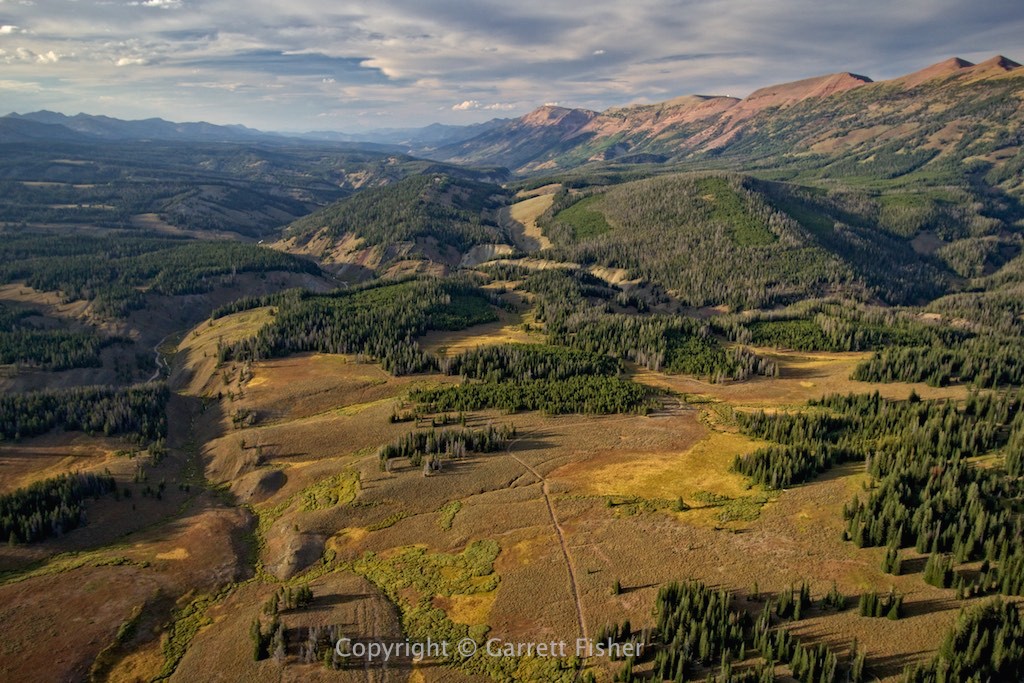