Two Germans are not always better than one. With one passenger seat in the airplane and two Germans, then we take two flights to show the guests Yellowstone. The advantage of repeating myself is a wholesale change in the weather. This flight was one day after the prior, and visibility was impeccable, over 75 miles with fall-like air, blue skies, and [mostly] light winds. Lets not talk about how there is ALWAYS high wind over the hot springs in Yellowstone, or how the wind was blowing in three different directions simultaneously at West Yellowstone, Montana.

The thing about flying around here is that absolutely nothing goes as planned, period. Now day two where I fantasize about flying all over the glaciers of the Absarokas (and didn’t), things got off to a rocky start on takeoff. Two planes were inbound and indicated there was enough time for us to take off. At 300’ above the ground, they were on a collision course, so I opted for hugging the north shore of the lake as they came in on final. Two airplanes turned into a massive beehive of activity, nonstop radio calls, and a continuous line of airplanes piling in. We couldn’t get a safe window to make a left 180 to head up the Snake River until at least 10 miles away. I opted to make the pass into Victor, ID instead, and climb up the west side of the Tetons en route to Yellowstone.

That turned out to be a welcome change. As I had a pilot with me skilled on flying in the Swiss Alps (no whining about silly things like dying), we plunged into the Teton Range as we climbed (slowly). The snowpack was gone, with green grass above timberline, a beautiful sight that inspired me to return and hit up the Teton Glaciers (next post). Grand Teton was as beautiful as ever, adorned in a cobalt blue sky. Yellowstone was iridescent as well, reminding me that most times it is cloudy in the park, a dynamic resulting from the fetch of the Snake River plain and high terrain.

Yet again, we saw Old Faithful blow. The German desired to see it, and we circled for about 15 minutes while Googling to see when it blows. It is not as faithful as advertised, varying from every 35 to 120 minutes. The shots belong in National Geographic; thus, I am not posting them here. At the very least, they will be in my upcoming Yellowstone book.

While in flight, I was asked (ordered) to move my window, because of an exhaust smell in the backseat. When the window was moved such that I did not have fresh air, the German did, and I was wallowing in exhaust. If I had fresh air, he was wallowing in exhaust. Between that and the intensity of photography zooming in on the springs, we opted to cut the flight short at West Yellowstone, heading straight south through Idaho with the door open and ski jackets on. Still a beautiful flight, the Absarokas will have to wait. Plans seem to make more sense sitting at a desk than behind the controls of an airplane.

Thankfully, the exhaust problem is fixed now. Maybe that is why three people have puked recently. One would think the first two could have mentioned an exhaust smell in the back…..? 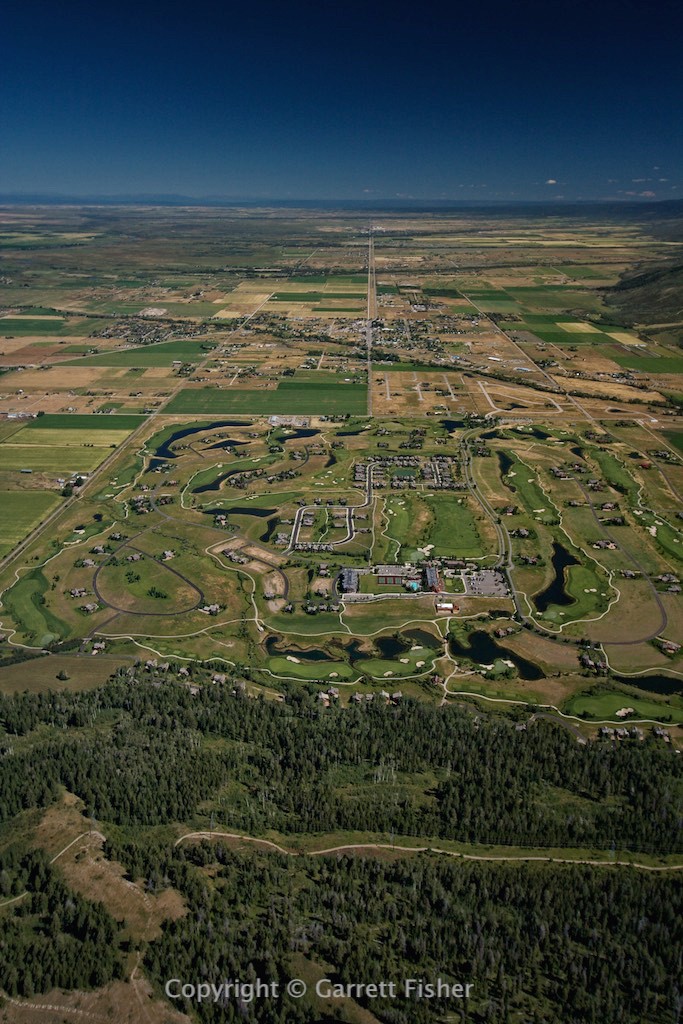 Tetons from the back, Teton Range 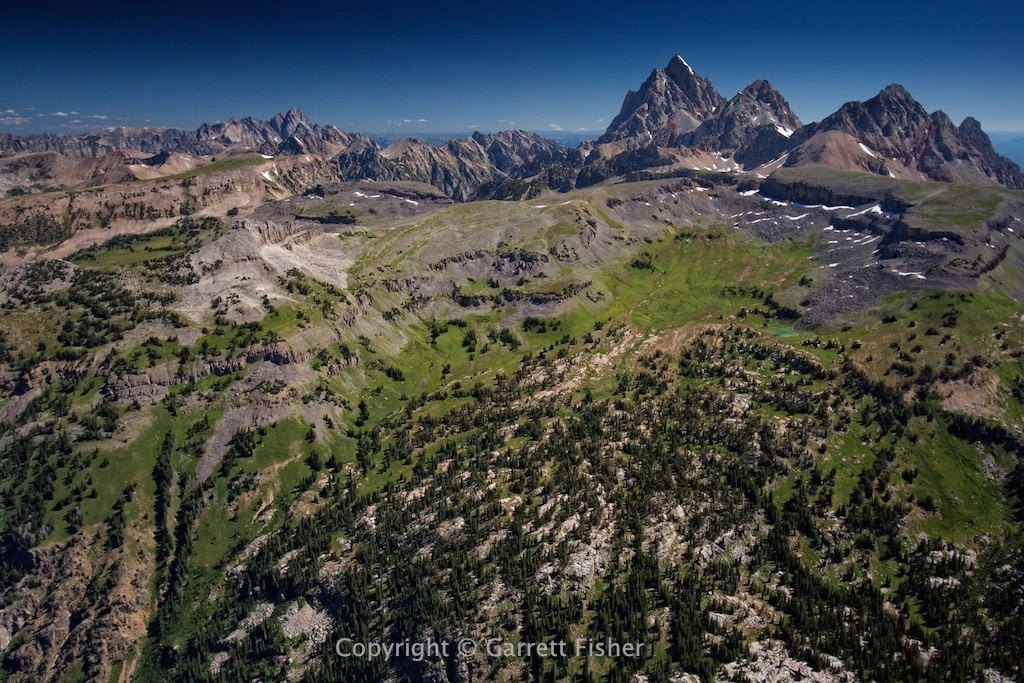 Teton Range, looking south – This place gets an unbelievable amount of snow in winter 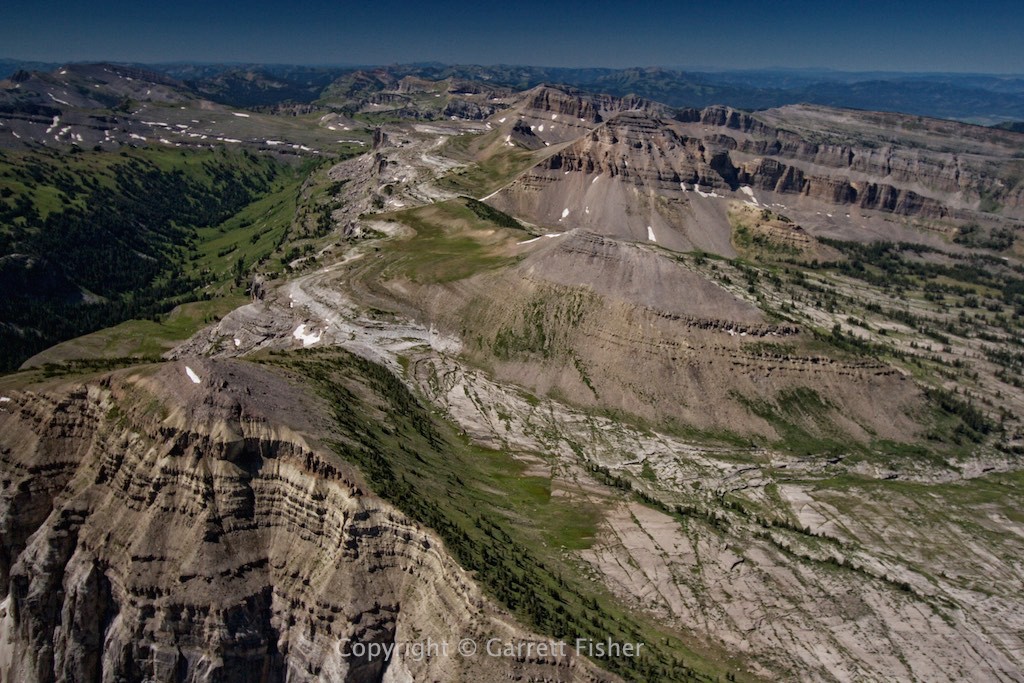 Crossing to the eastern ridge of the Teton Range, Grand Teton in distance 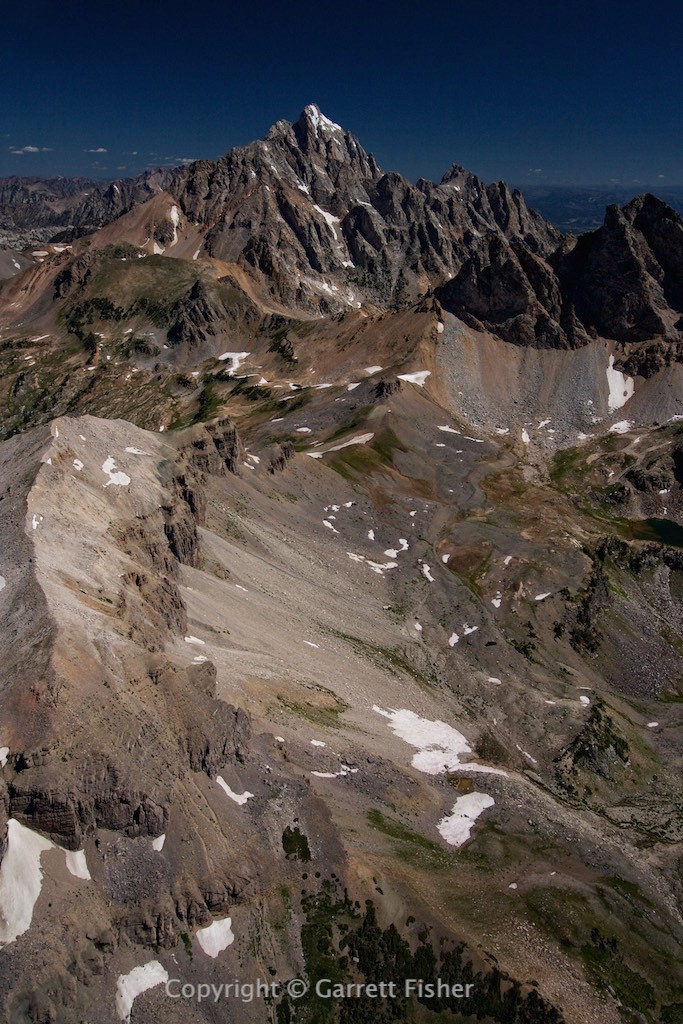 Grand Teton, Teewinot Peak in foreground (The German told me not to go any closer to the smaller peak. I made a point of doing so the next time I went flying) 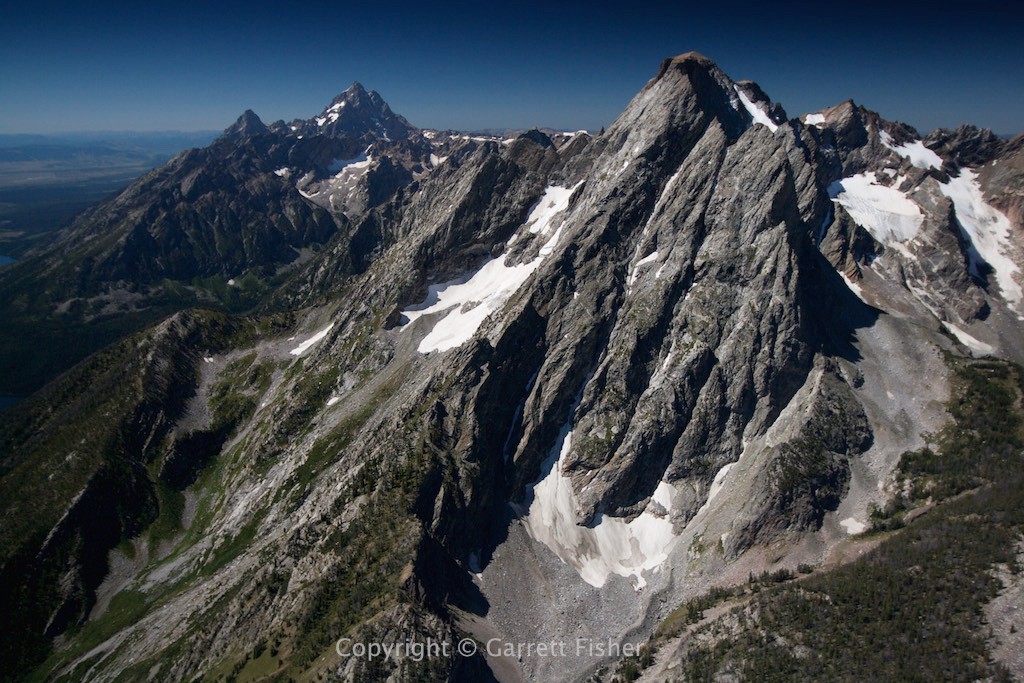 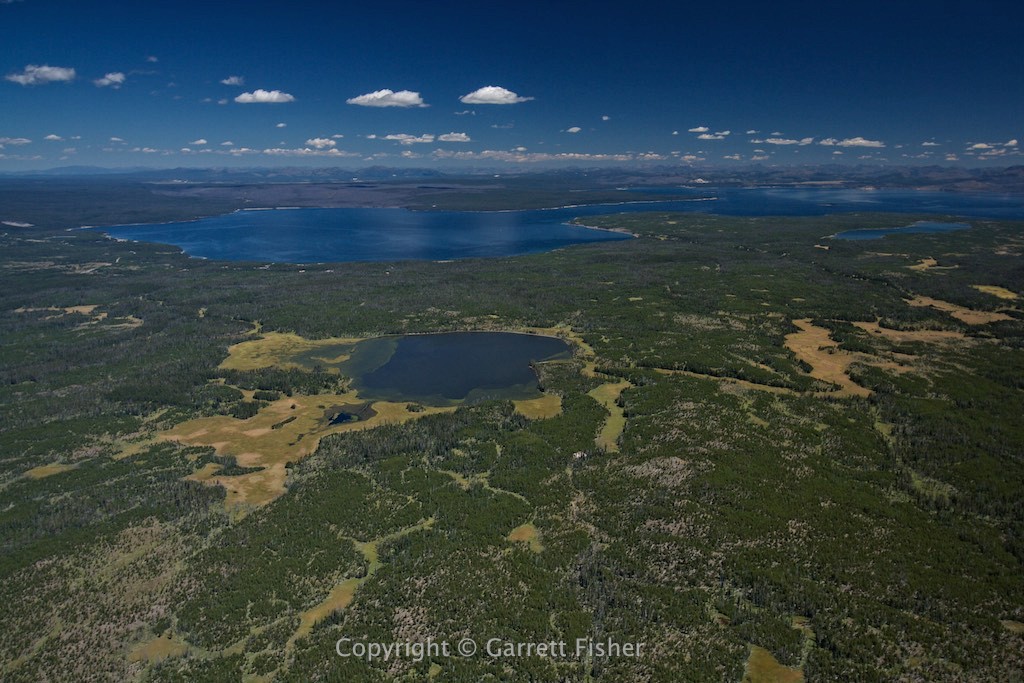 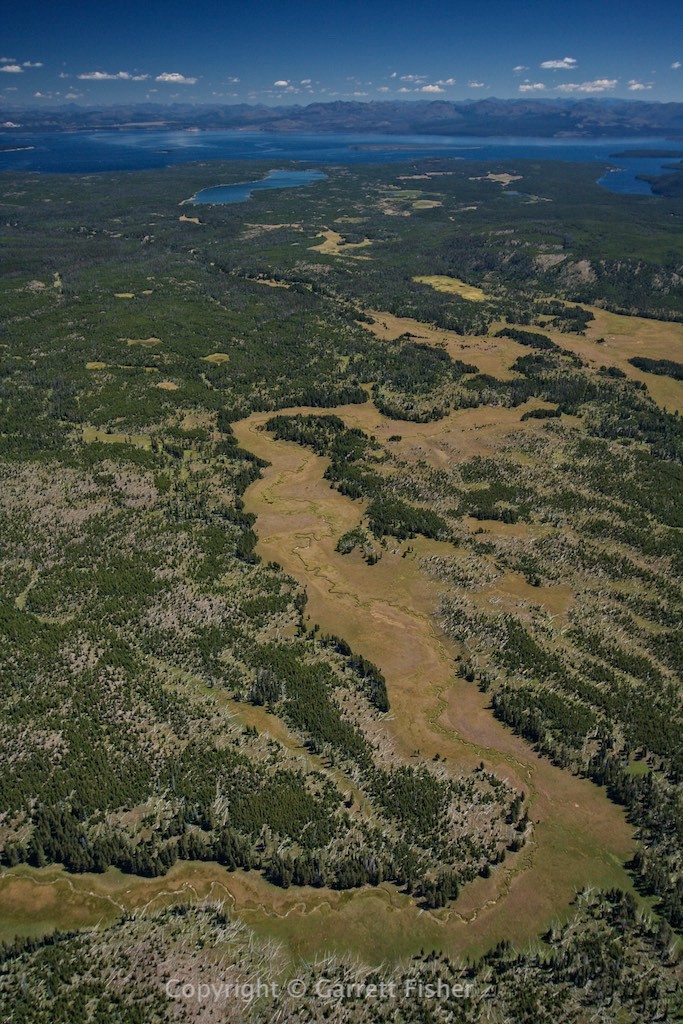 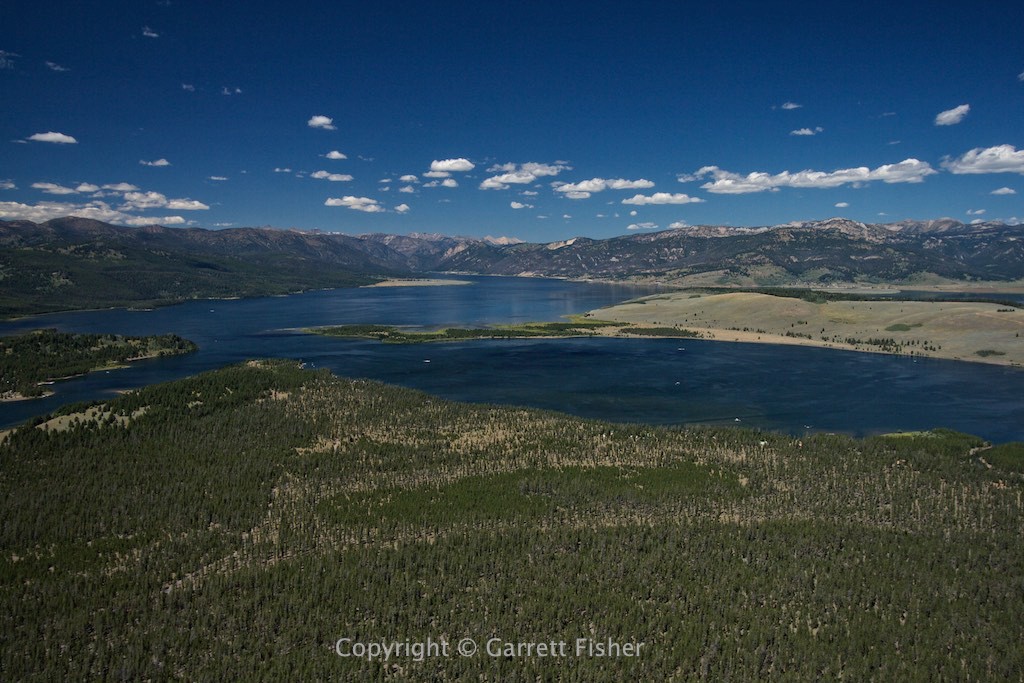 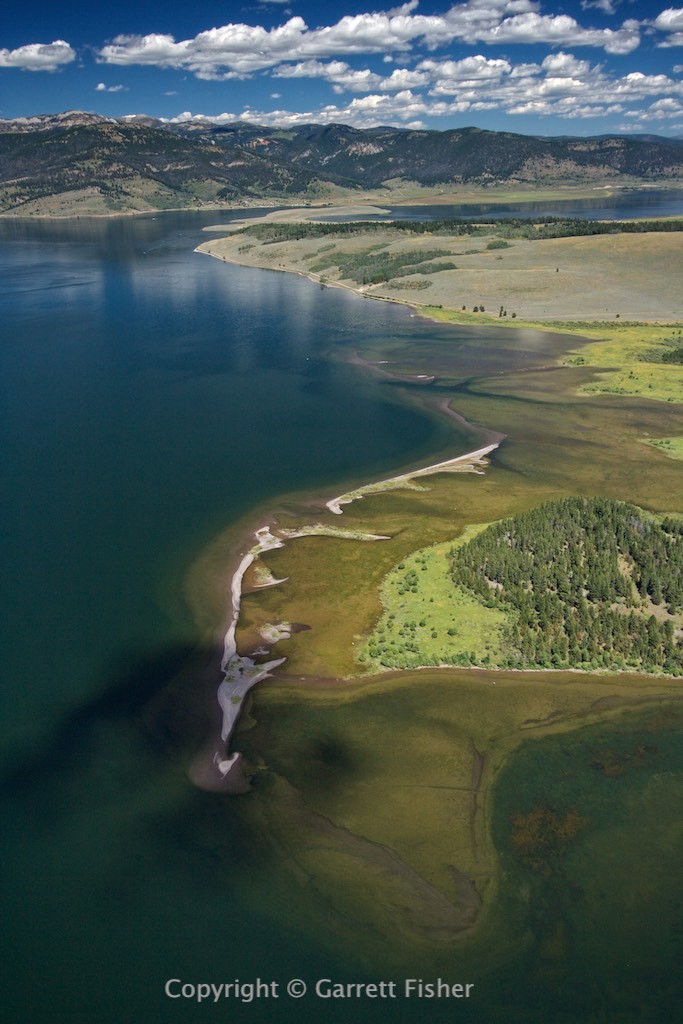 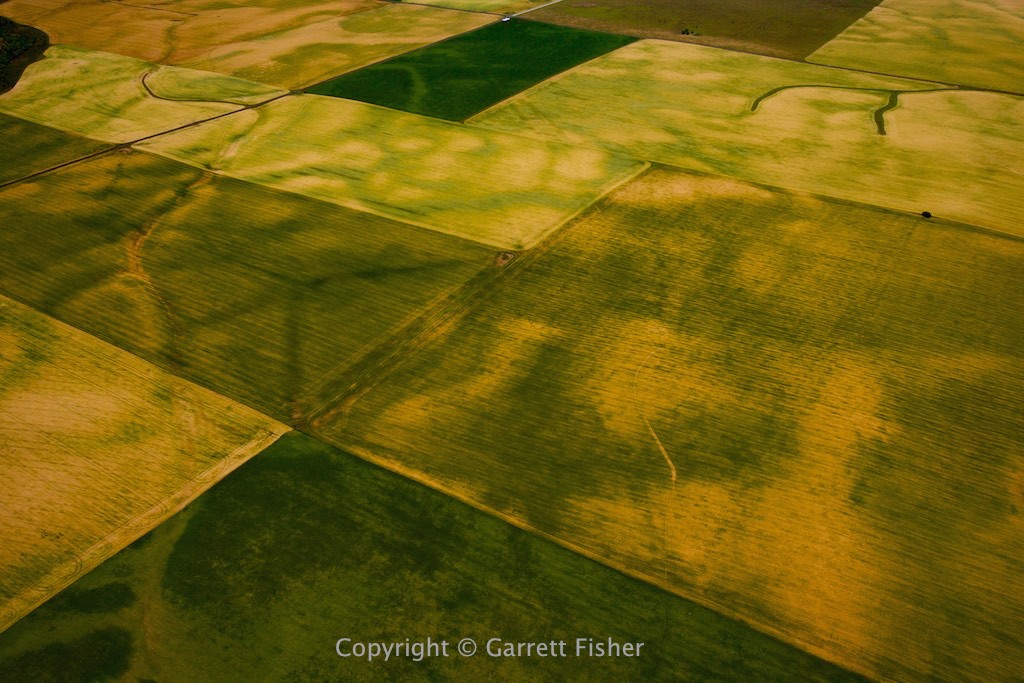 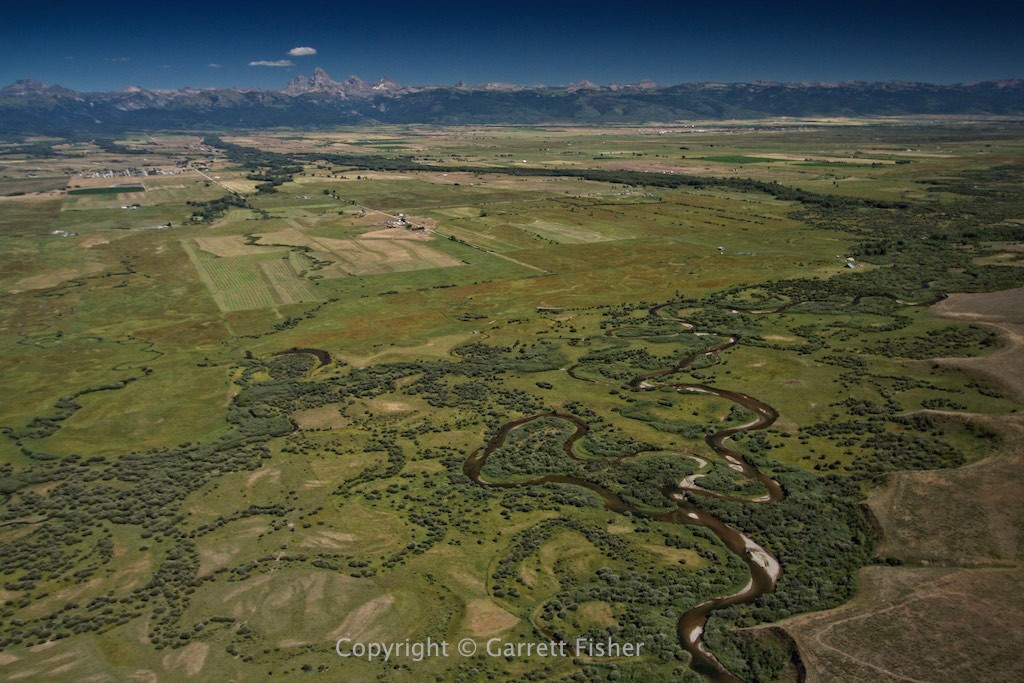 PA-11 during landing, courtesy of the second German. Notice how it blinds the camera because of being washed and waxed. 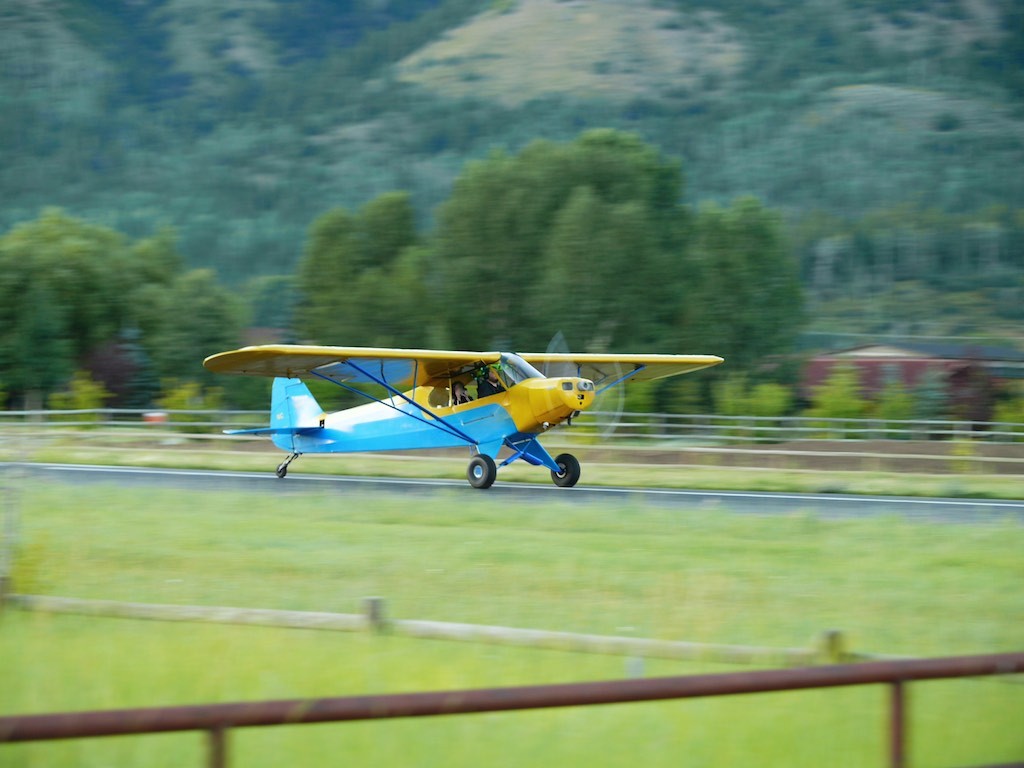