Ok. Snow is fun. Its neat to see all of the mainstays of Wyoming flying: Grand Teton, Yellowstone, and the Star Valley, all clad in raiment bridal white, resplendently beautiful with crystalline skies and crisp scenery. In the case of a wedding, there is one bride, not a nonstop torrent of the same thing, as that would get old quick. Thus, I am deviating from my linear bean counter fed theology of writing all of my blog posts in the order that the flights were taken. This one is a few days after the ones that will be coming up in the short-term future.

I decided that I am finally going to do something with the practically unquantifiable amount of texture aerial photographs that I have. These are the close up shots of any number of interesting things all over the United States that are not farm fields. I am going to do another book, because I have enough stuff to do it. That being said, how can one do a texture book and not fly over the Great Salt Lake, especially when it is two hours away?

The flight was southwest to Brigham City, UT, over to the Salt Lake, down to the salt ponds, east to Ogden for fuel, and then almost straight northeast back to Alpine. The air was so clear, I could actually see Grand Teton from Utah. It was about 100 miles away.

This was a neat flight because it had beautiful farm country, mountains, the Salt Lake, and a bunch of other goodies, minus the feelings of death. It was like experiencing aviation all over again, the joy of flying a plane from point A to B, as a mode of travel, faster than a car, pretty, and without a metaphorical gun to one’s head. The incredible irony is how quickly I get bored with said forms of flying, gravitate to terrain that forces me to think about death, and then start whining that flying isn’t easy anymore.

One of many “hills” in Idaho – Camp Peak to be specific 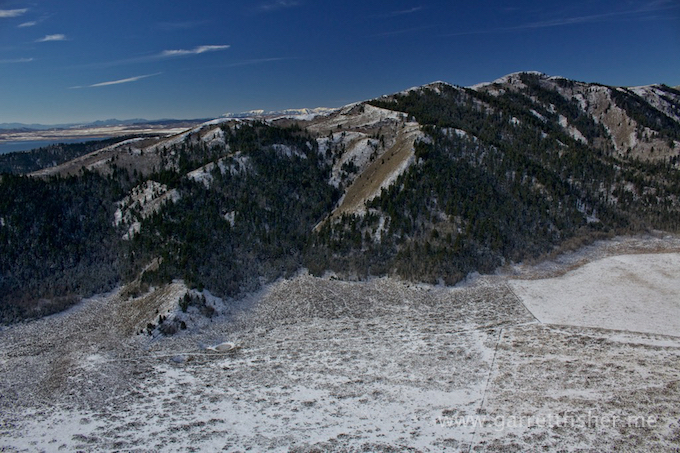 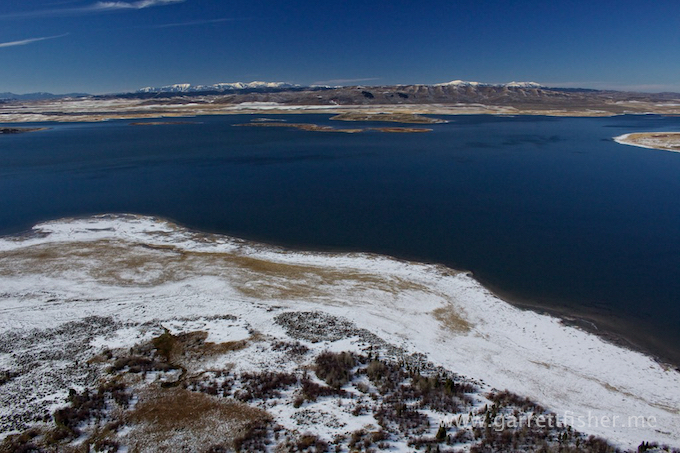 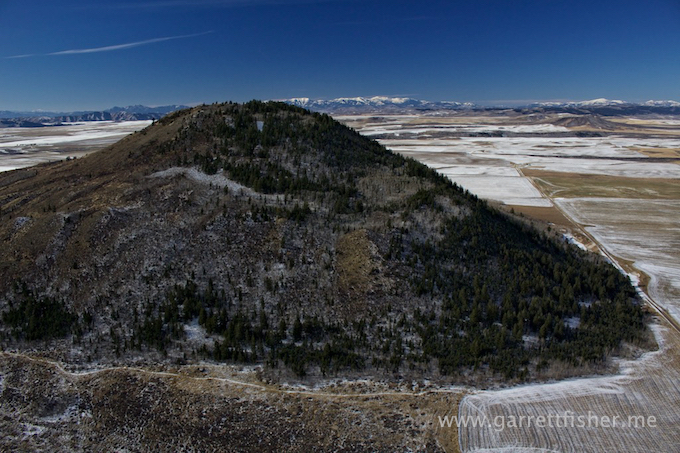 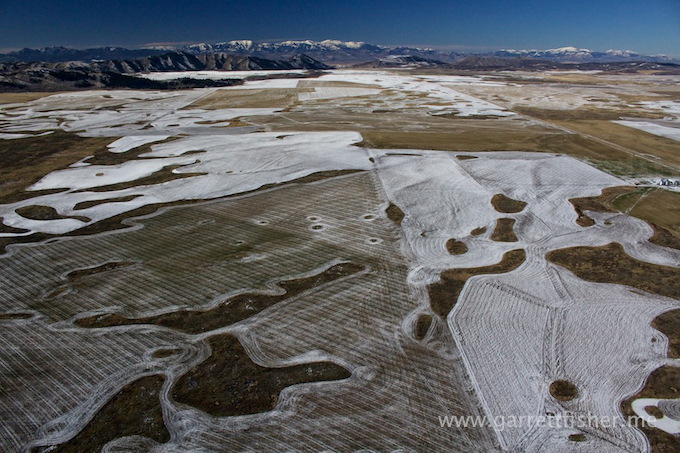 Somewhere near the UT/ID border 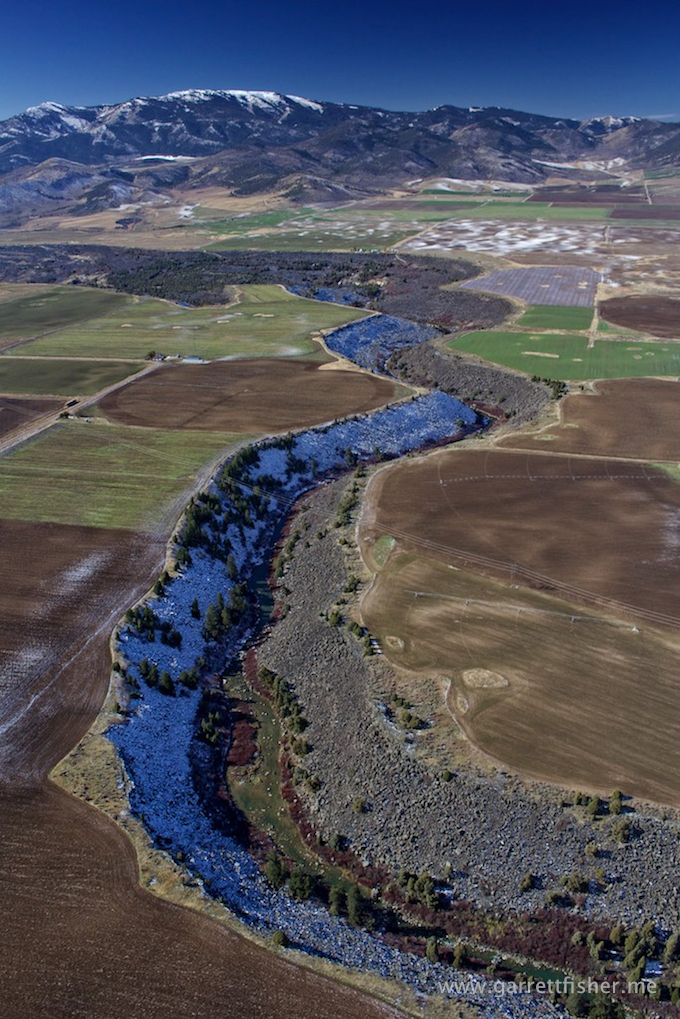 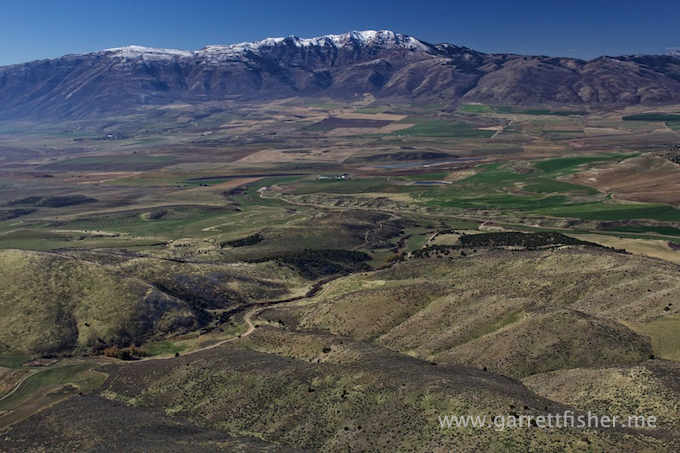 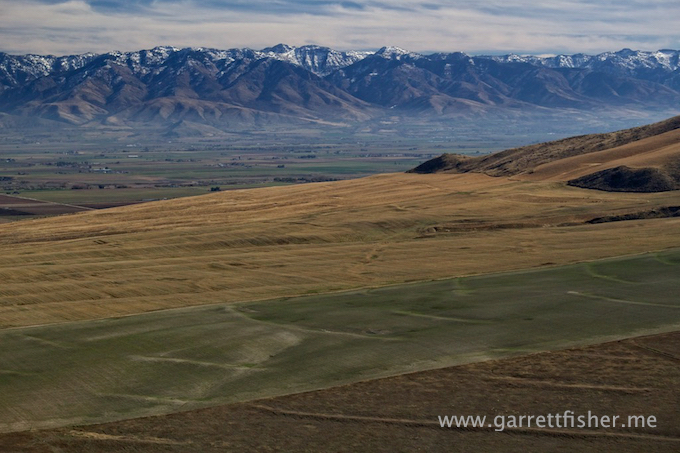 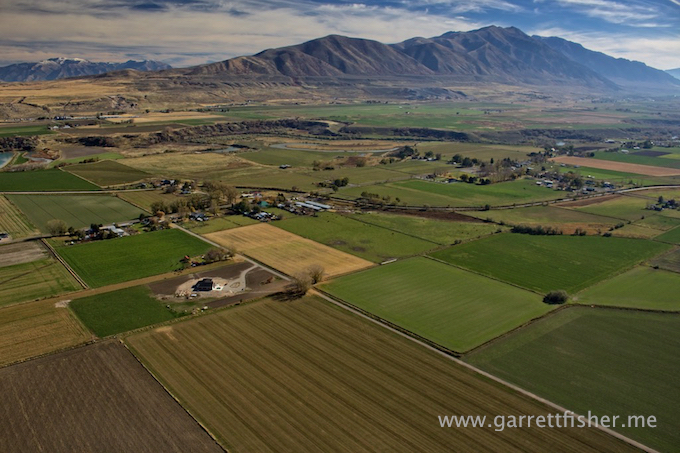 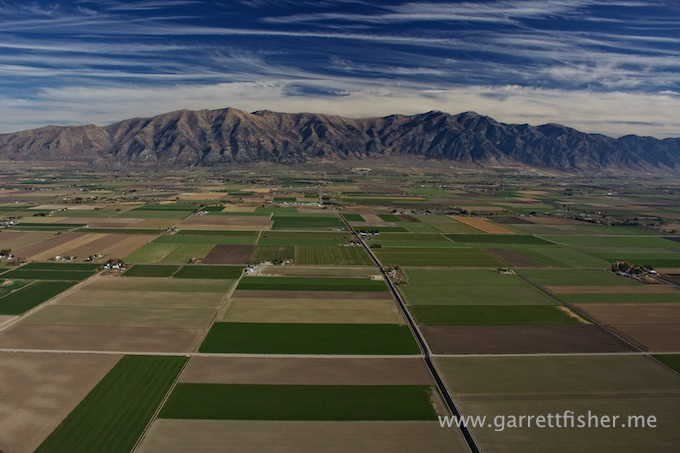 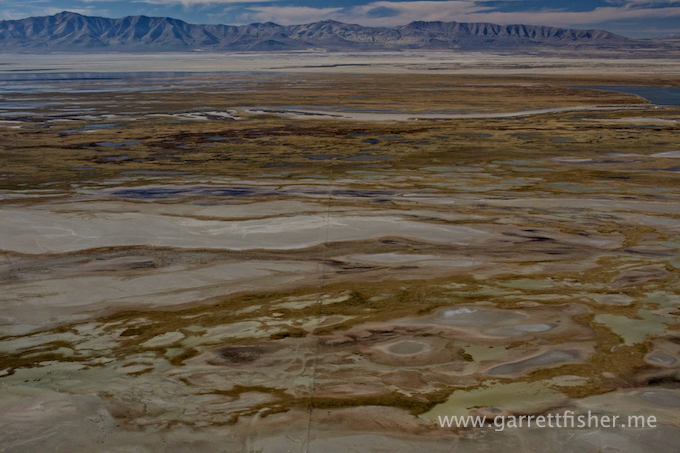 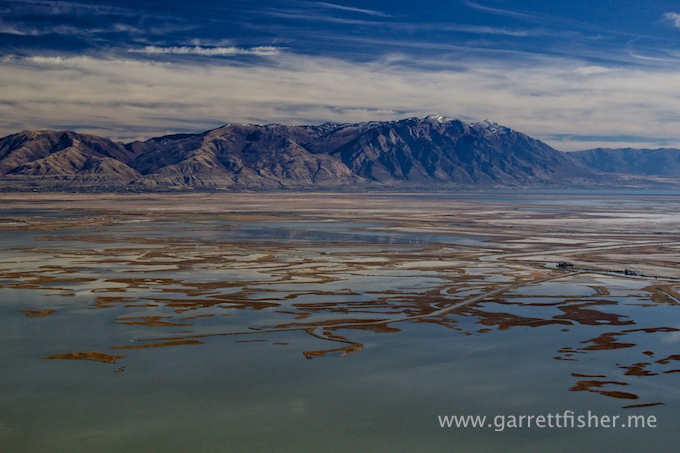 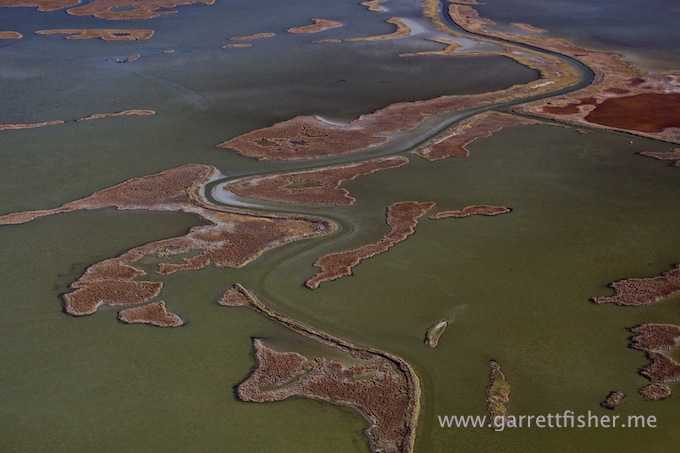 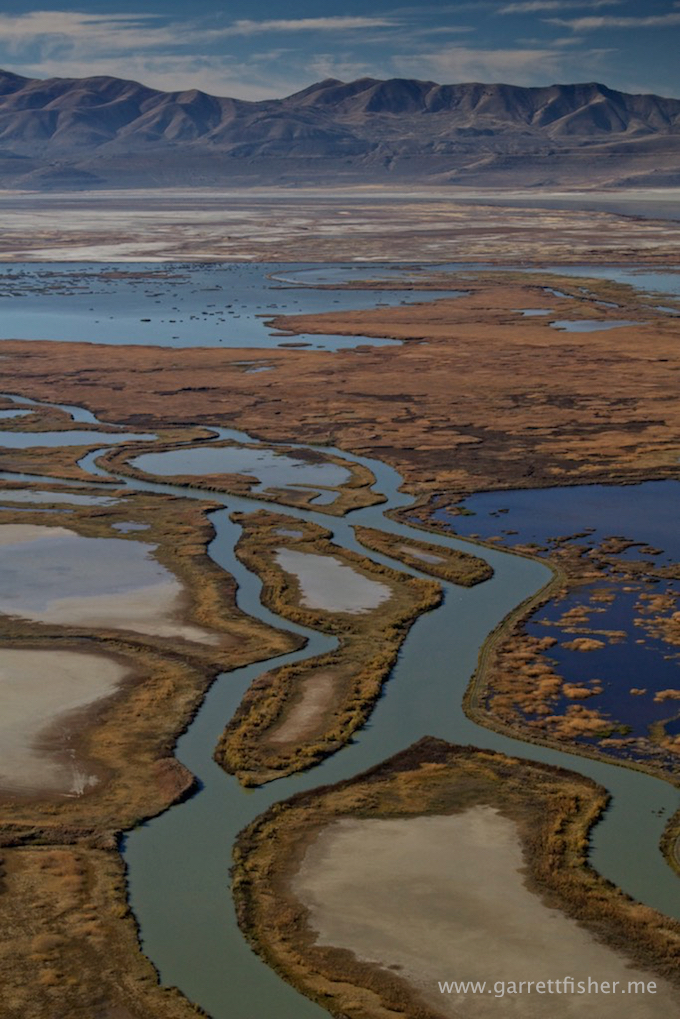 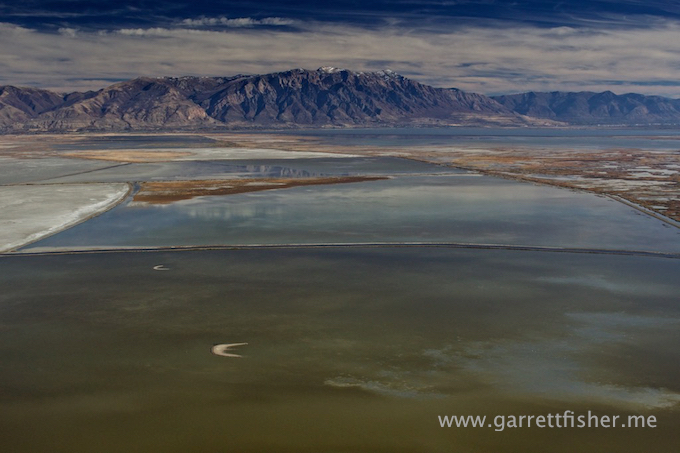 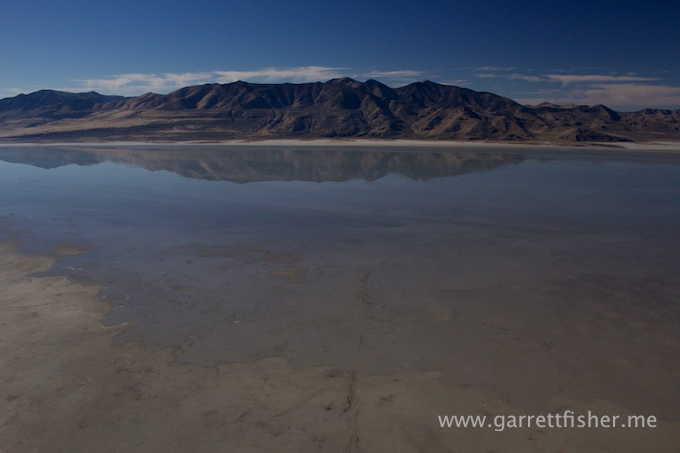 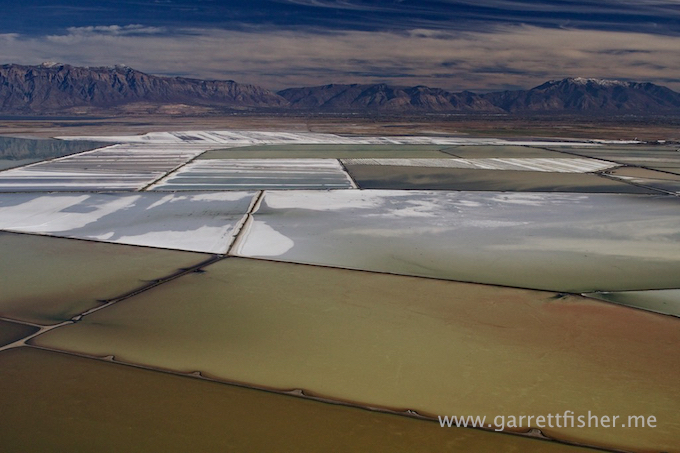 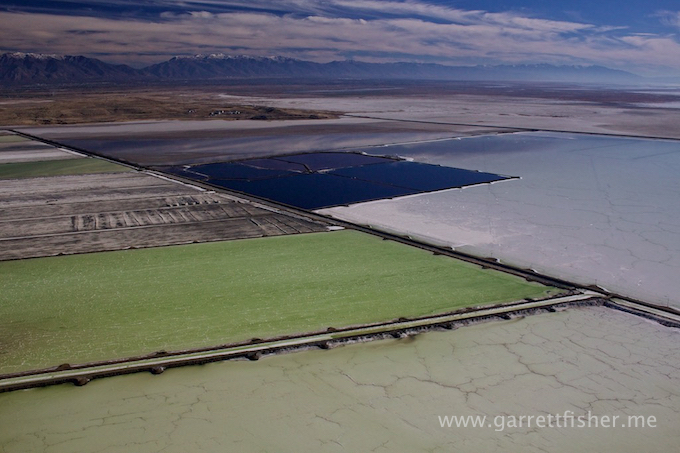 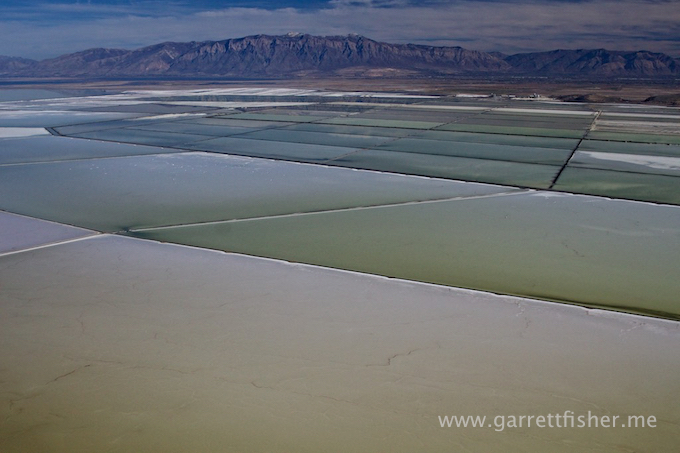 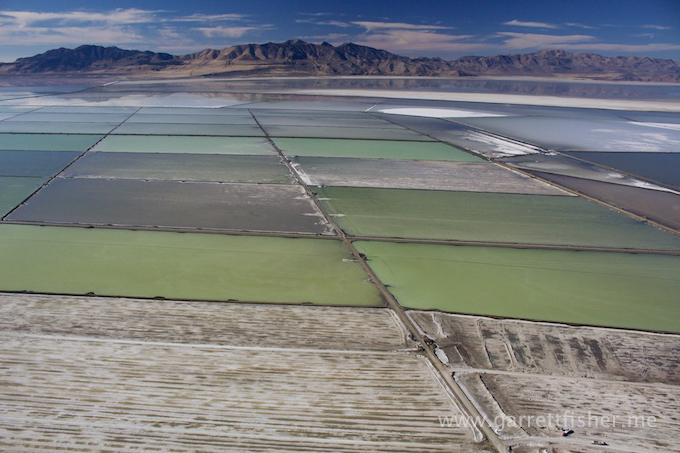 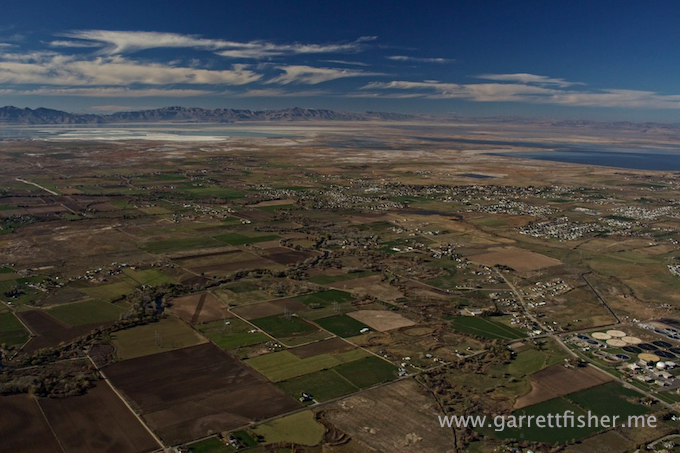 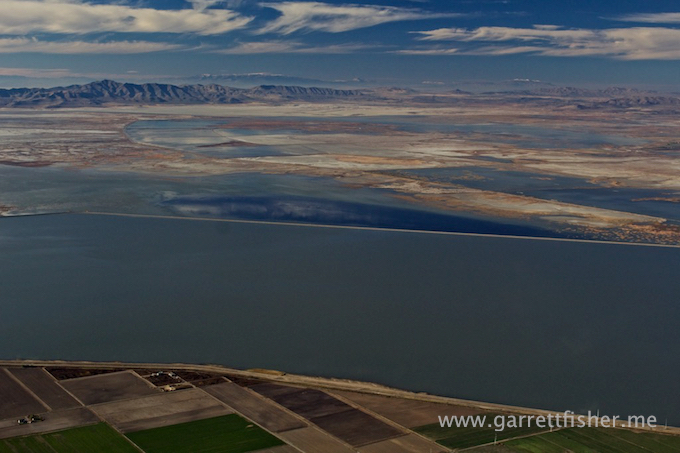 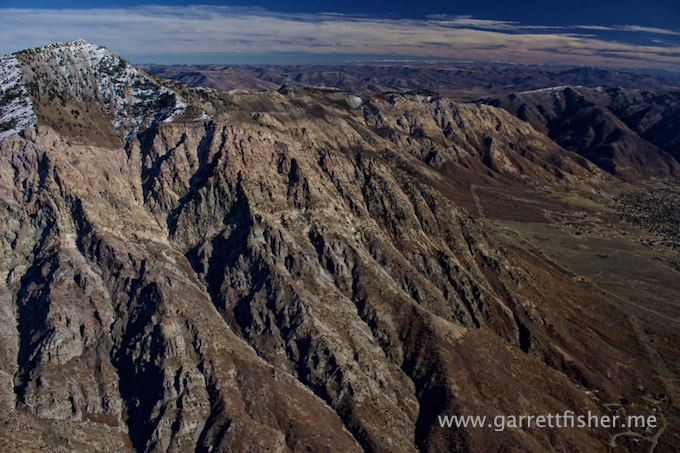 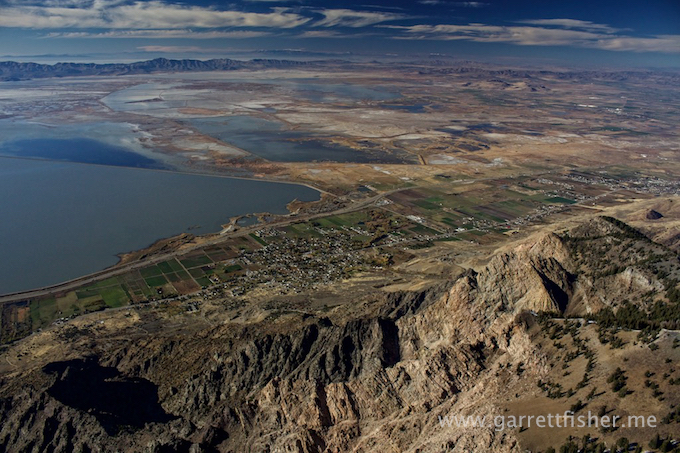 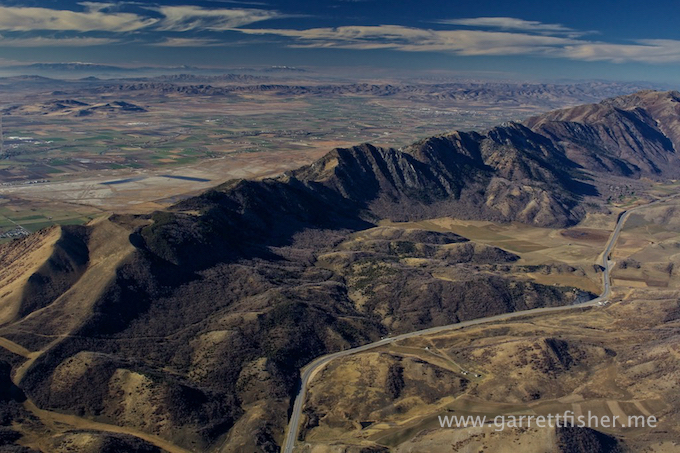 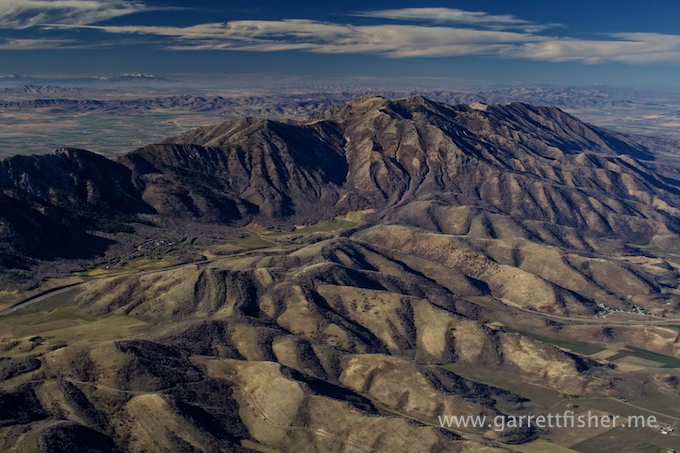 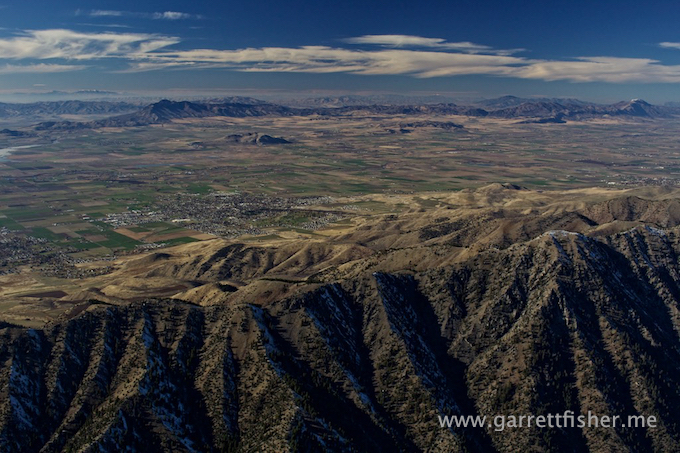 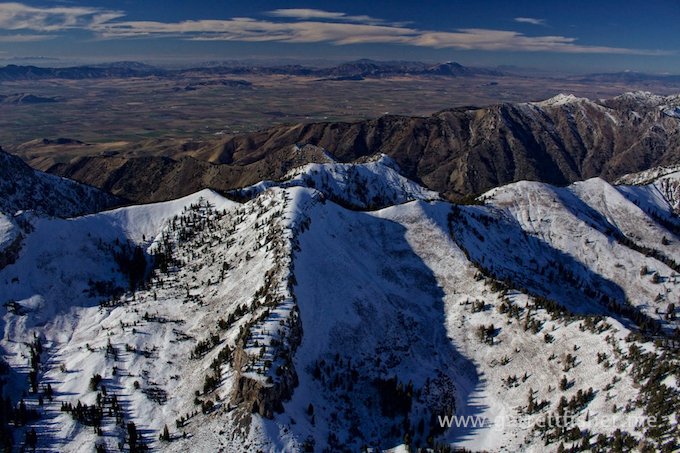 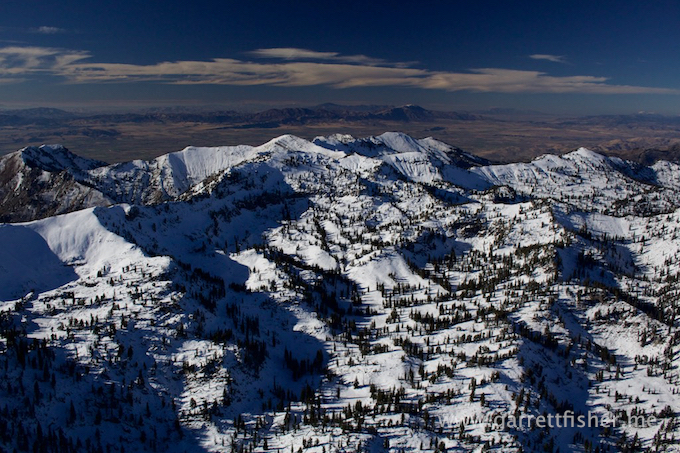 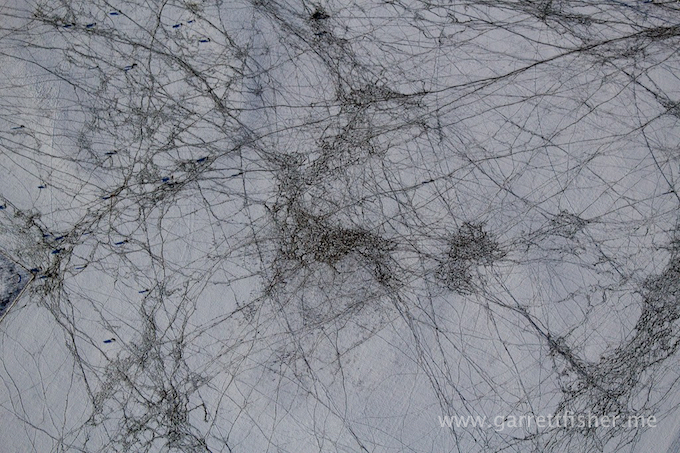