Aviation weather services do not issue forecasts based on the viability of aerial photography. They indicate cloud levels and general visibility amounts, with a cap on the high end of forecasted visibility. For the USA, the high end of forecasts is either 6 or 10 miles, depending on the type. If visibility is 11 miles or 75 miles, the forecast will say 6+. Therefore, it is impossible to get a concrete answer on smog levels. Rather, it is up to me to deduce, based on wind speed, direction, upstream sources, terrain, and all the rest whether or not the weather will be crap.

Most of time, I just look out the window. That’s all well and good, except I can’t look over the ridge behind the house to see what is going on in that neck of the woods.

Yet again, I planned to go to Montserrat, and yet again, there was an inversion on the other side of the hill, though this time it was much lower. When life throws you lemons, make lemonade. I decided to photograph the terrain that was in clear air above the terrain, known as the “Pre-Pyrenees.”

One cannot exactly call them foothills, as they can be quite severe, and sometimes as tall as the Pyrenees themselves. Instead, this somewhat lower section of the high terrain around here geologically presents itself very differently, so in effect, it’s a different zone of geography. Once in the Pyrenees proper, things take on a more standard perspective of ruggedly tall mountains with a timberline.

I noted while flying through this area that it was a combination of North Carolina, Virginia, and Wyoming, an intriguing mix of deciduous trees with almost Appalachian landforms, reverting to pine trees and Western US appearances. My wife aptly noted that not a lot of people have had a chance to see all of those places and notice the correlation from an airplane….

Cadí-Moixeró ridge line. Note that the blue over-saturation is as taken. I do not saturate any of my images. 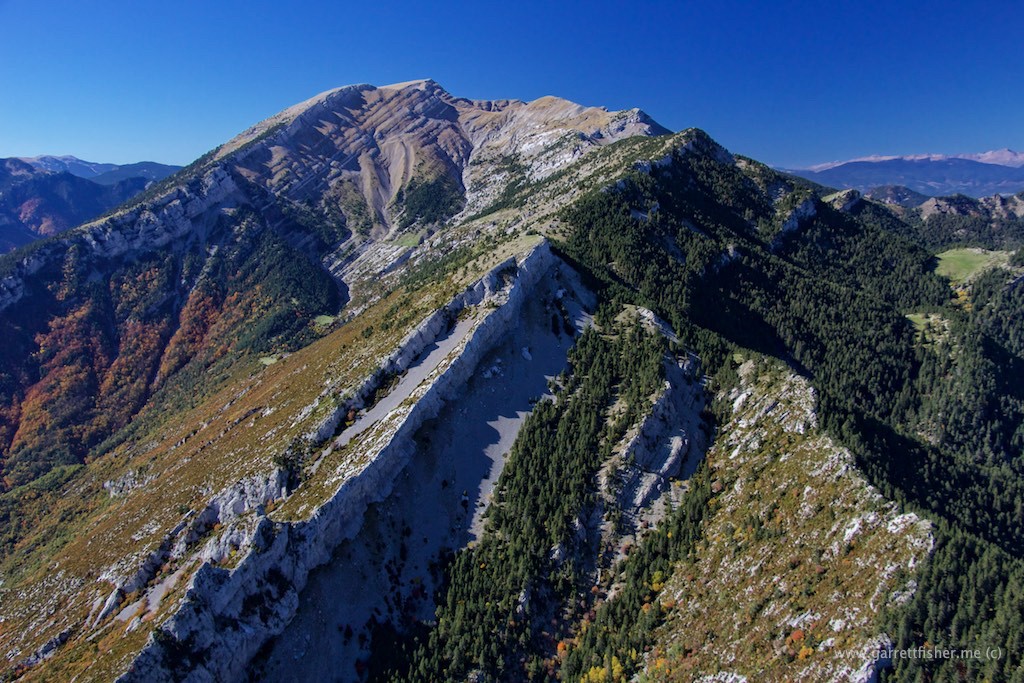 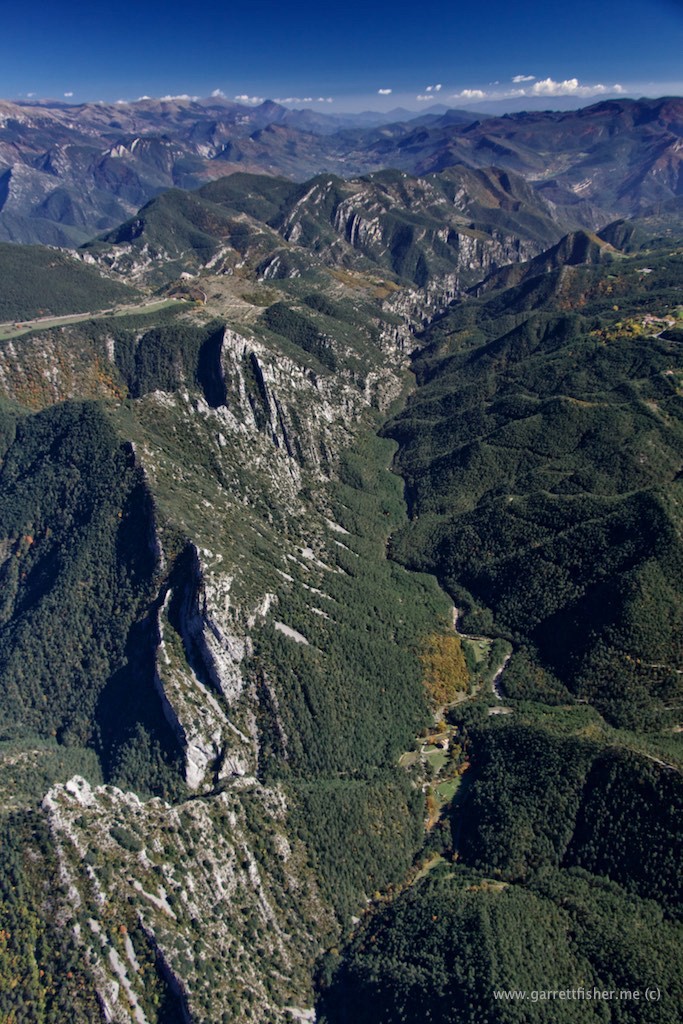 Pedraforca. A local pilot told me that 100% of the time, there is bad turbulence around this thing. 100% of the time I have flown near it, the air is still. Nonetheless, I have an attraction to vertical rock. 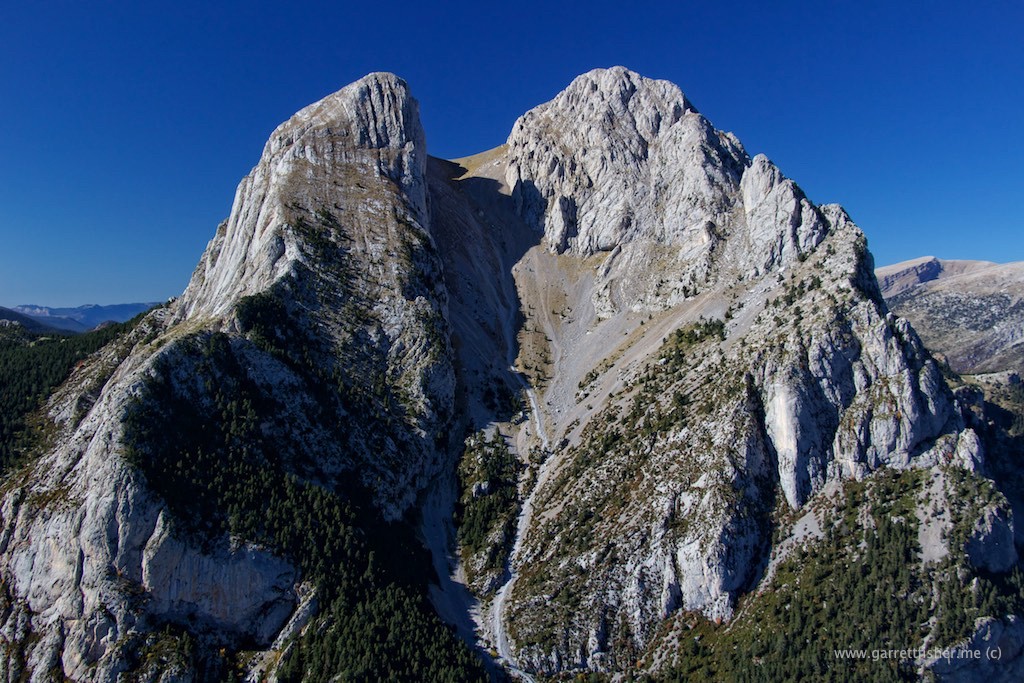 Serra d’Ensija-els Rasos de Peguera. I have no clue what that name means. I got it from Google Maps. 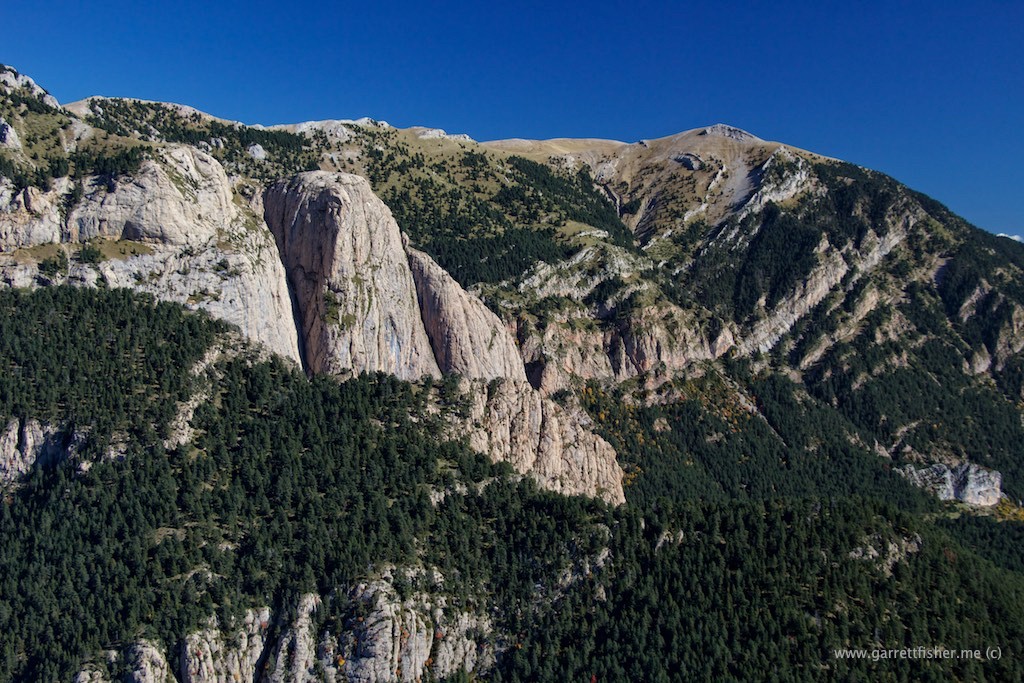 I love how the rock changes in Spain. Note the terrain in the valley below…reminiscent of Utah. 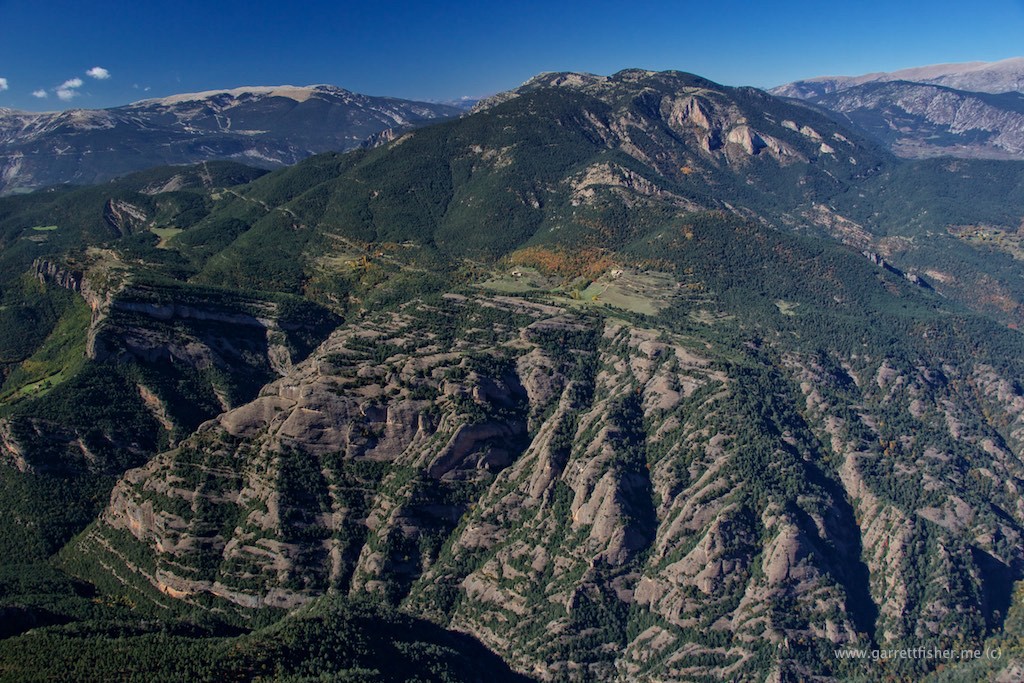 This feature is prone to recurring mudslides, as evidenced by three successive dams built beneath it.

Josa de Cadí. I often wonder if people hate their neighbors in villages like this, holding on to centuries of family disputes, or if its one big hippie love fest. 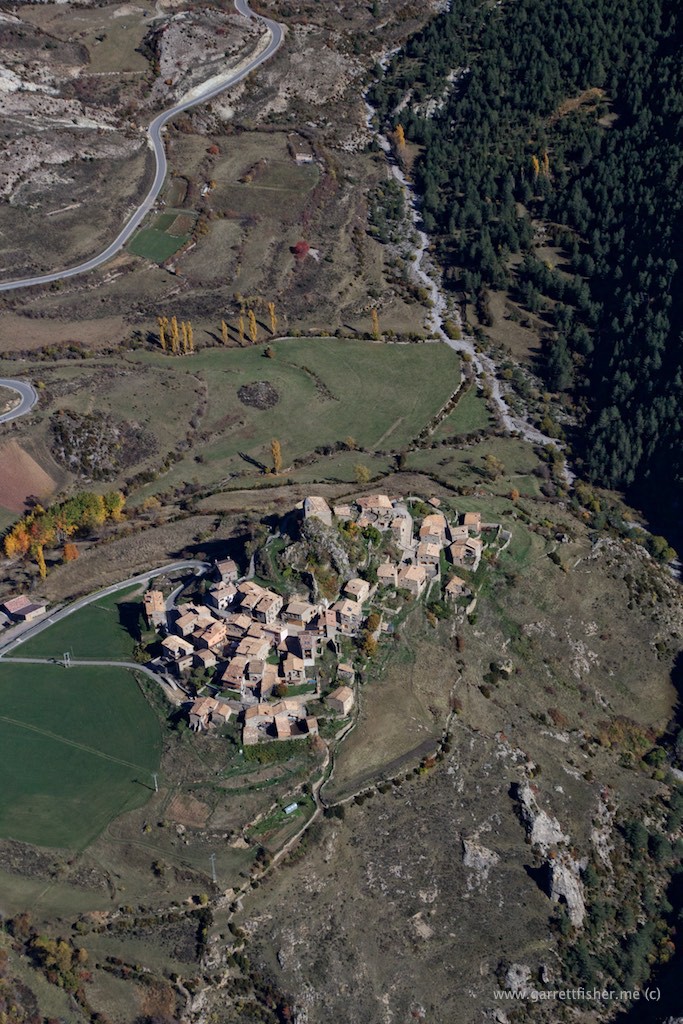 Some context on the village. 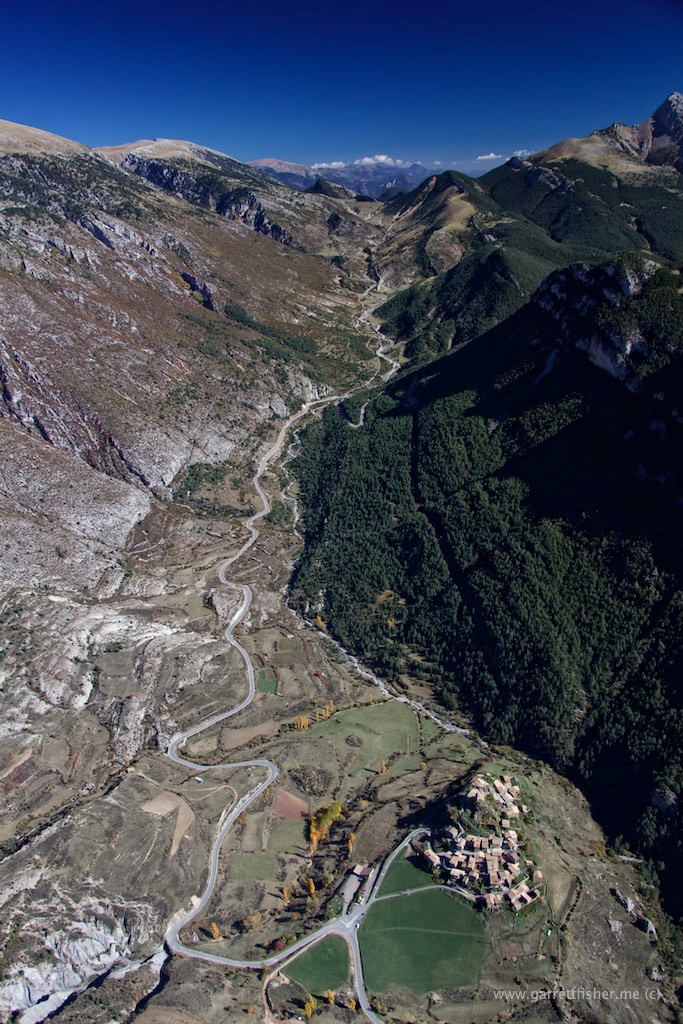 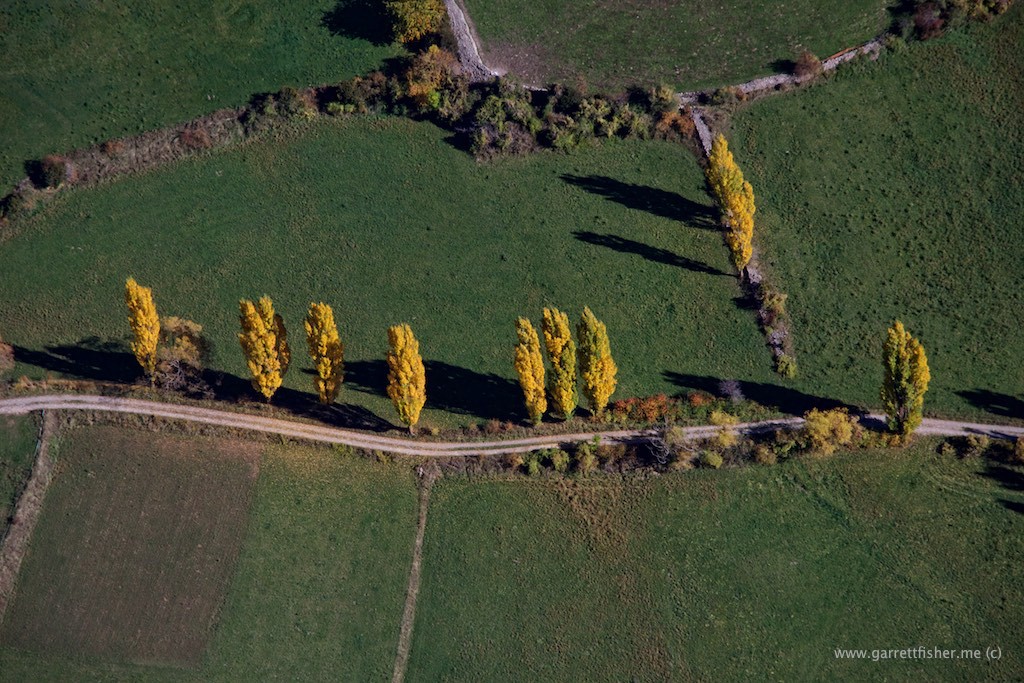 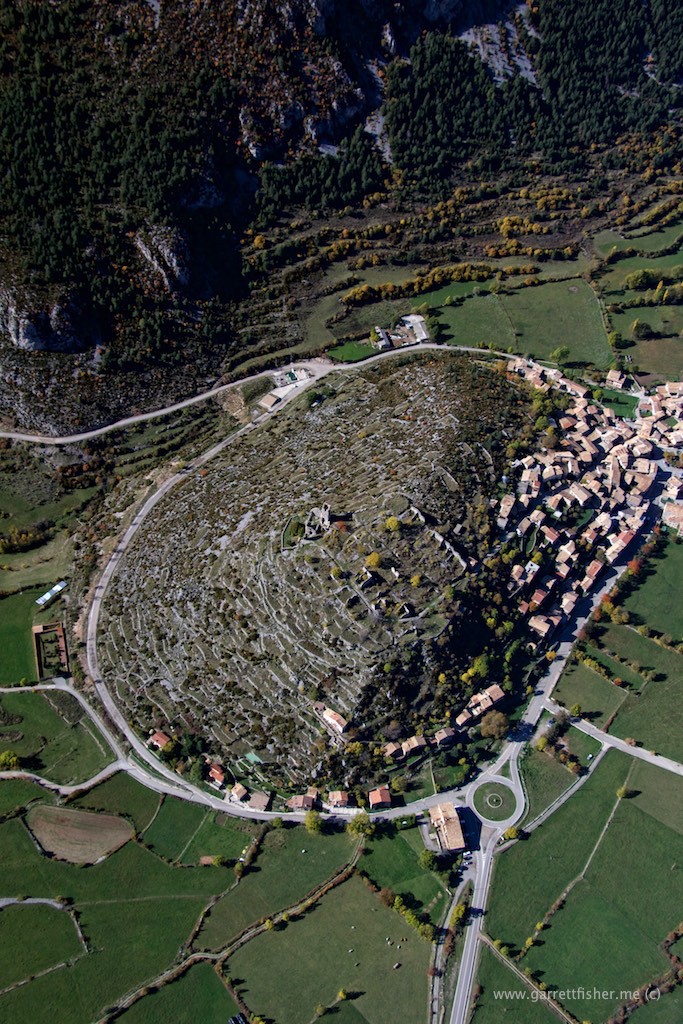 Closeup on the ruins. 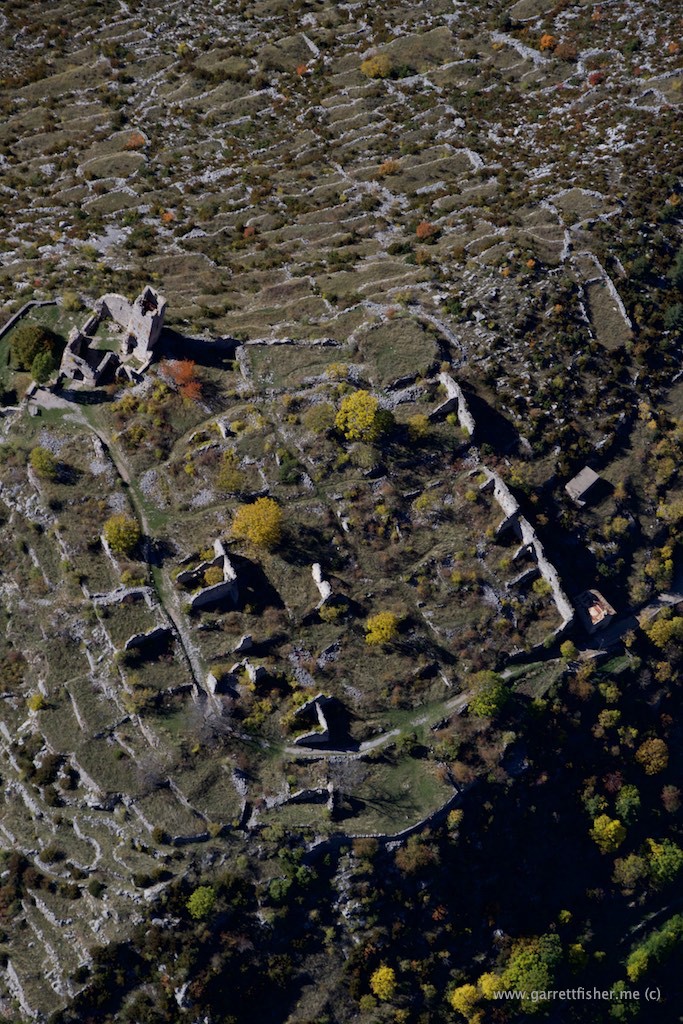 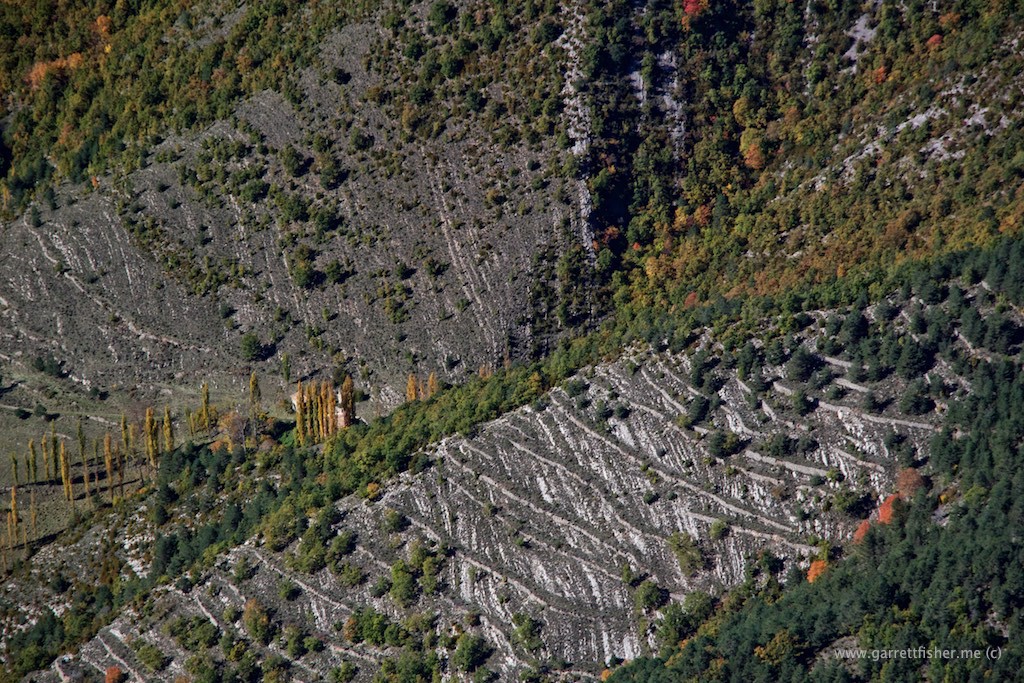 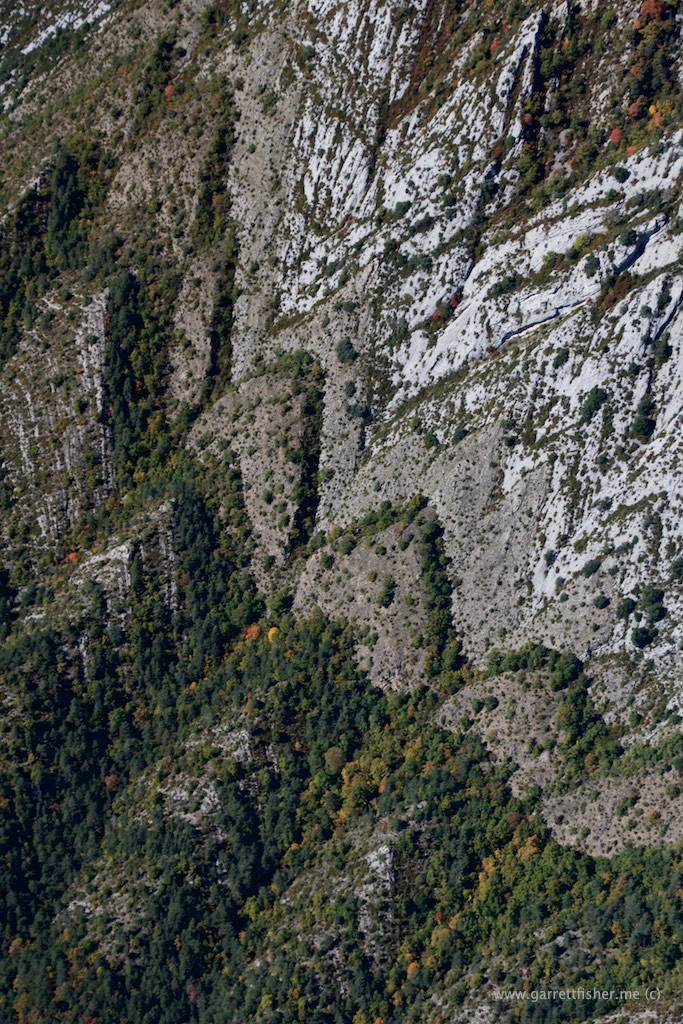 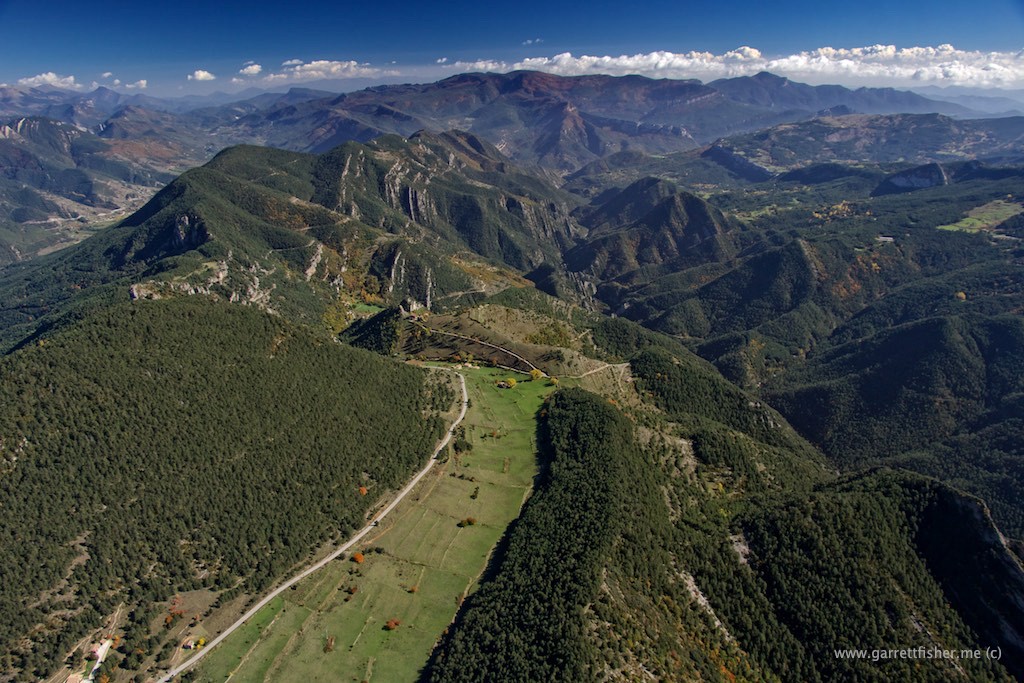 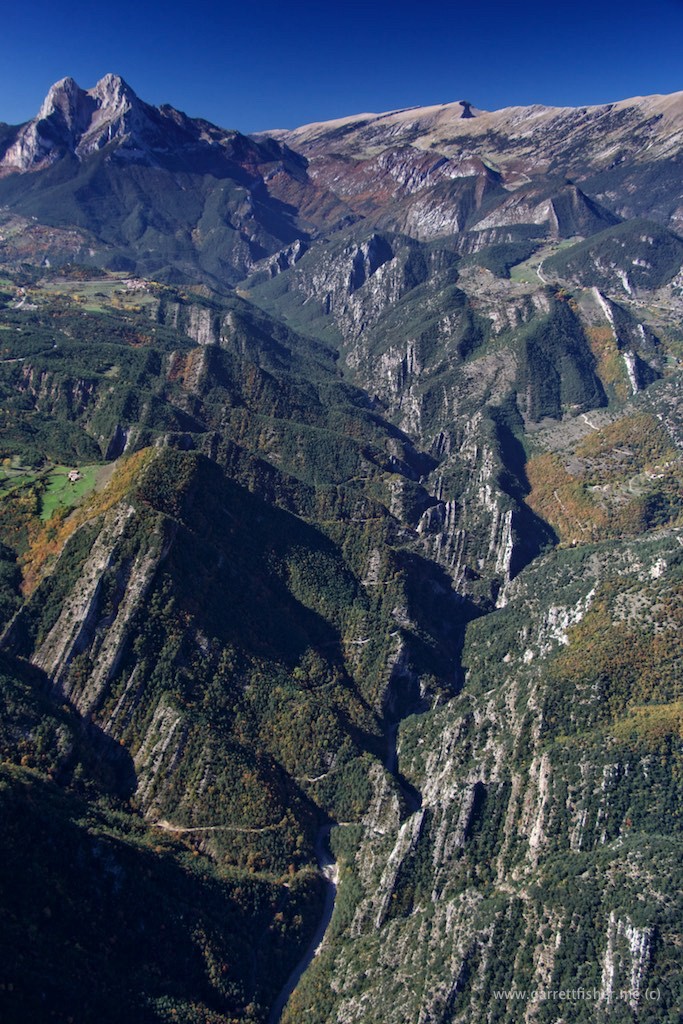 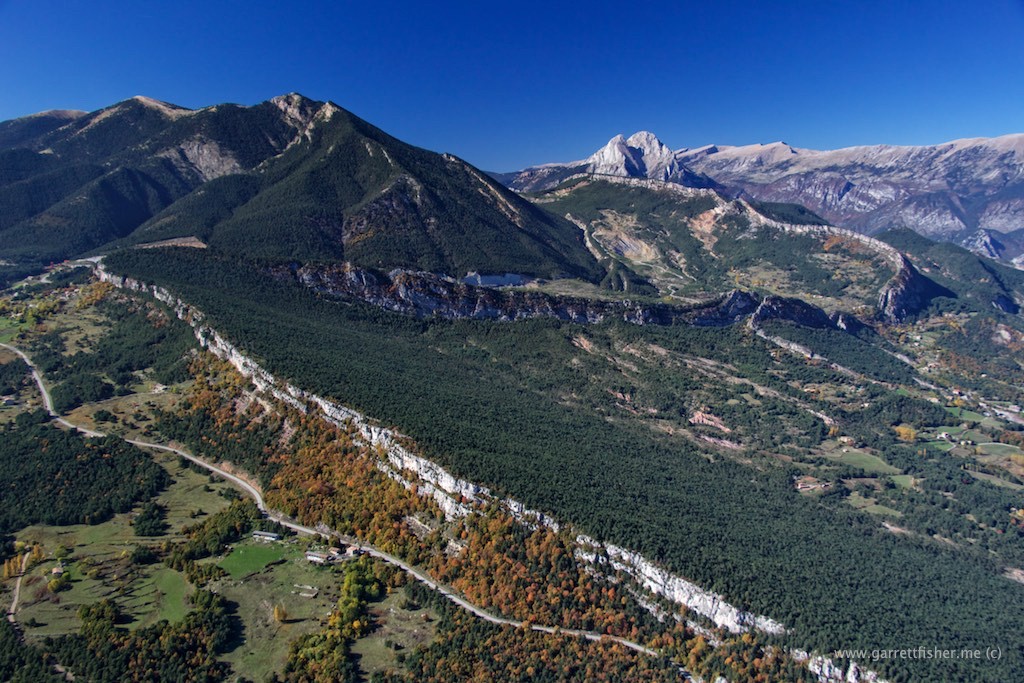 Pantà de la Baells. Note the power plant in the lower left, and the inversion in the upper right. 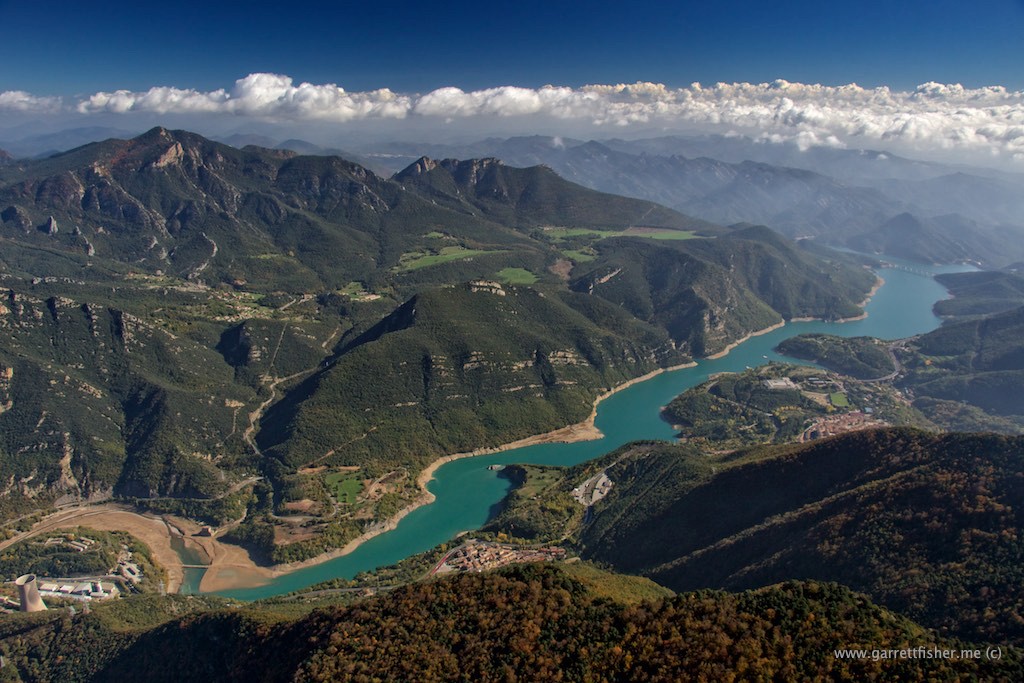 There is that inversion again. I would despise breathing that air. Then again, I did that in the Rhine valley in Germany on a regular basis. 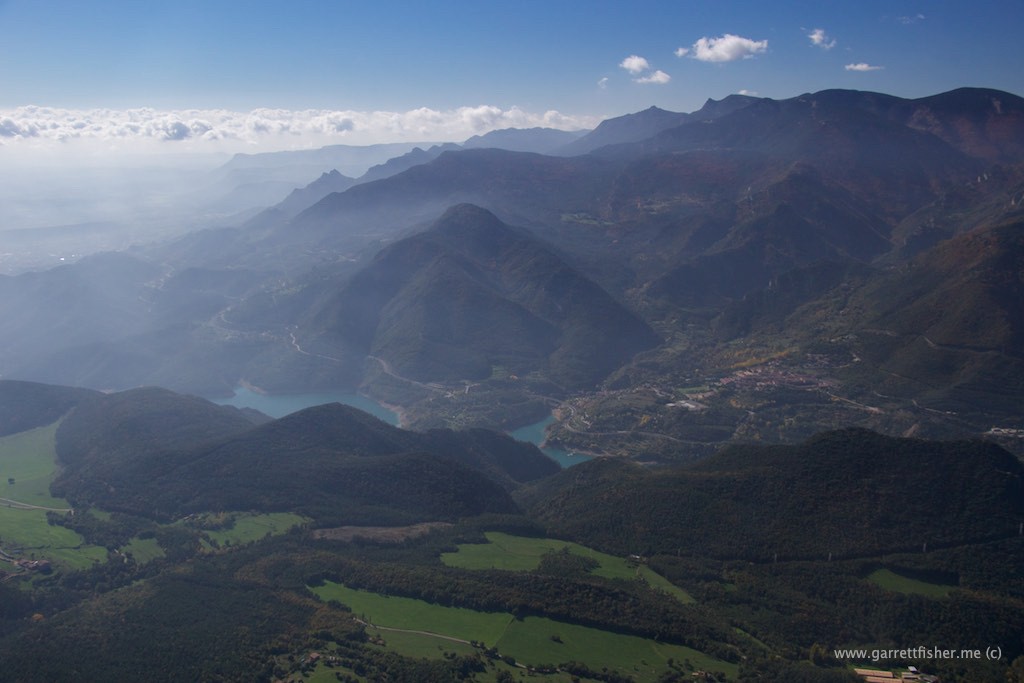 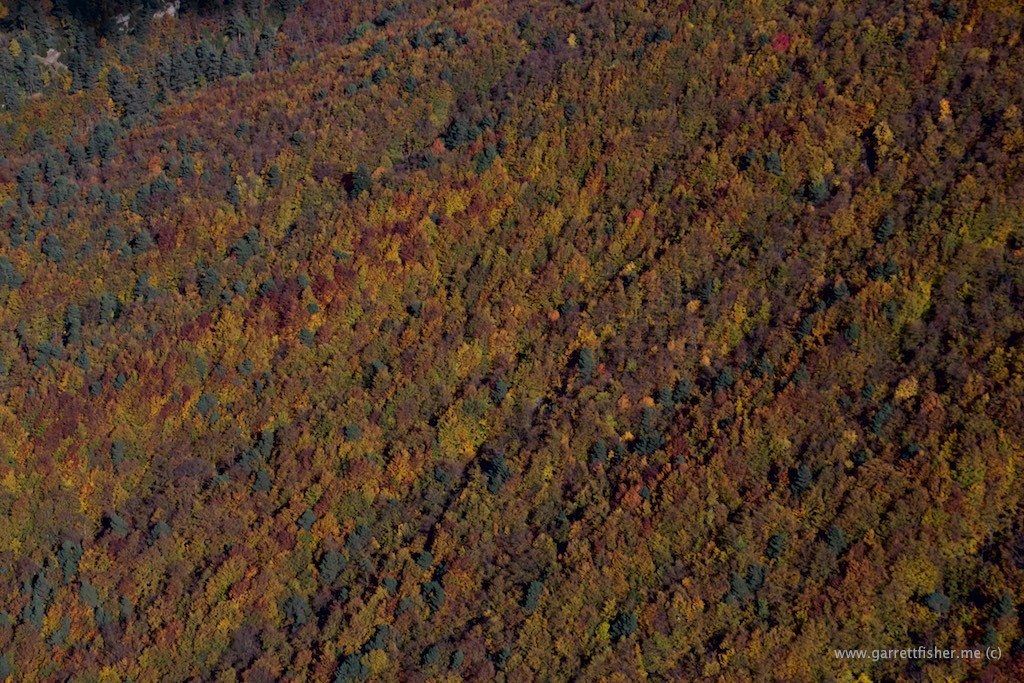 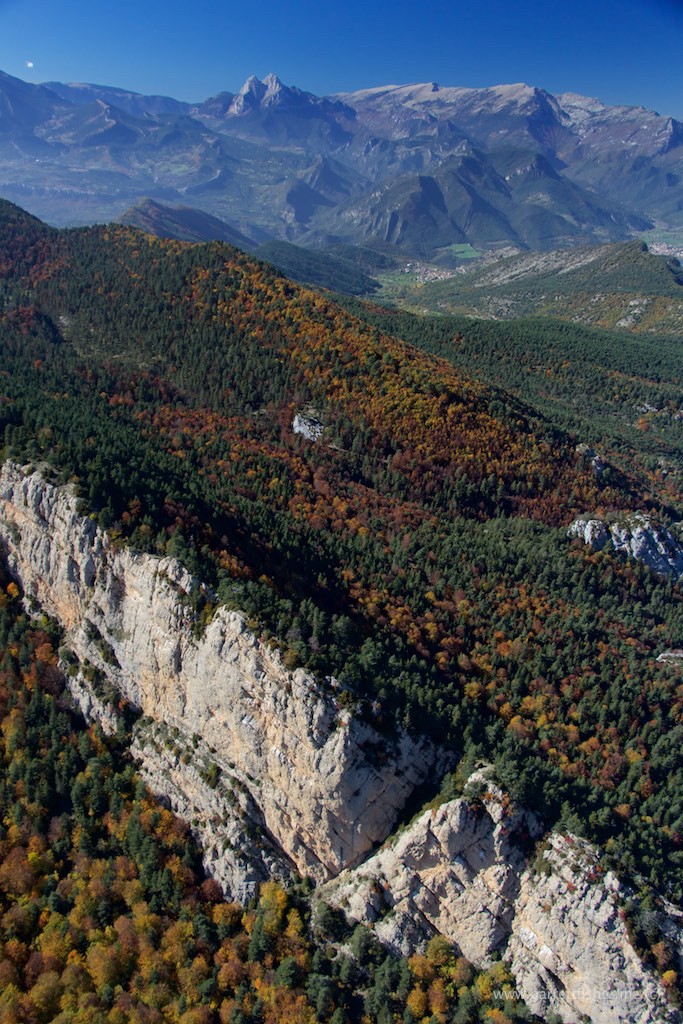 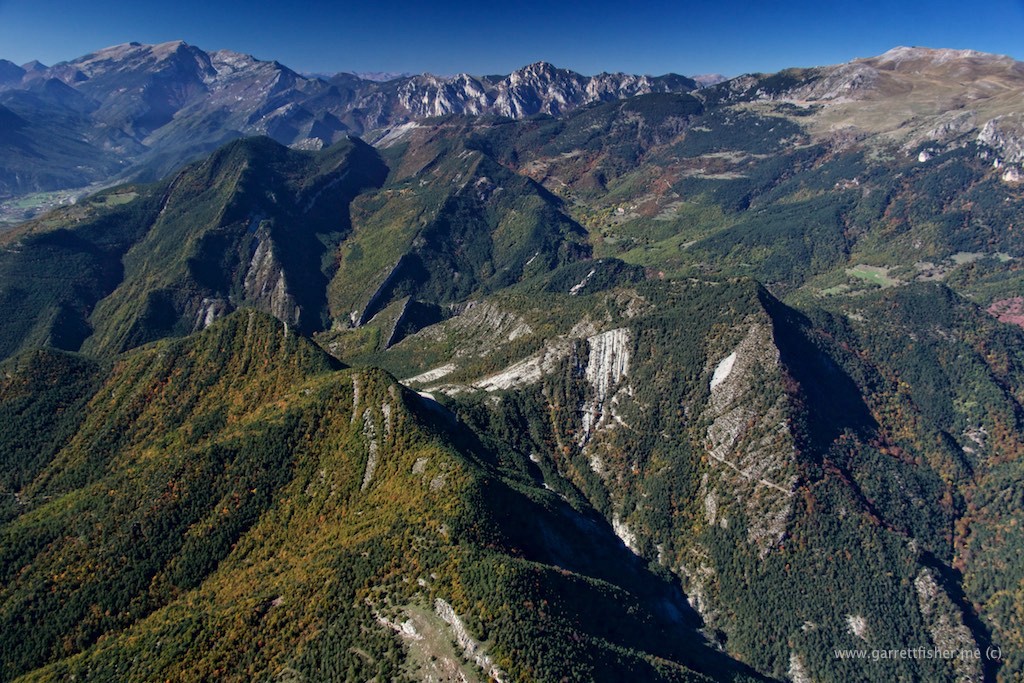 One of these days I am going to drive this road in the car, especially since I got the brakes fixed! 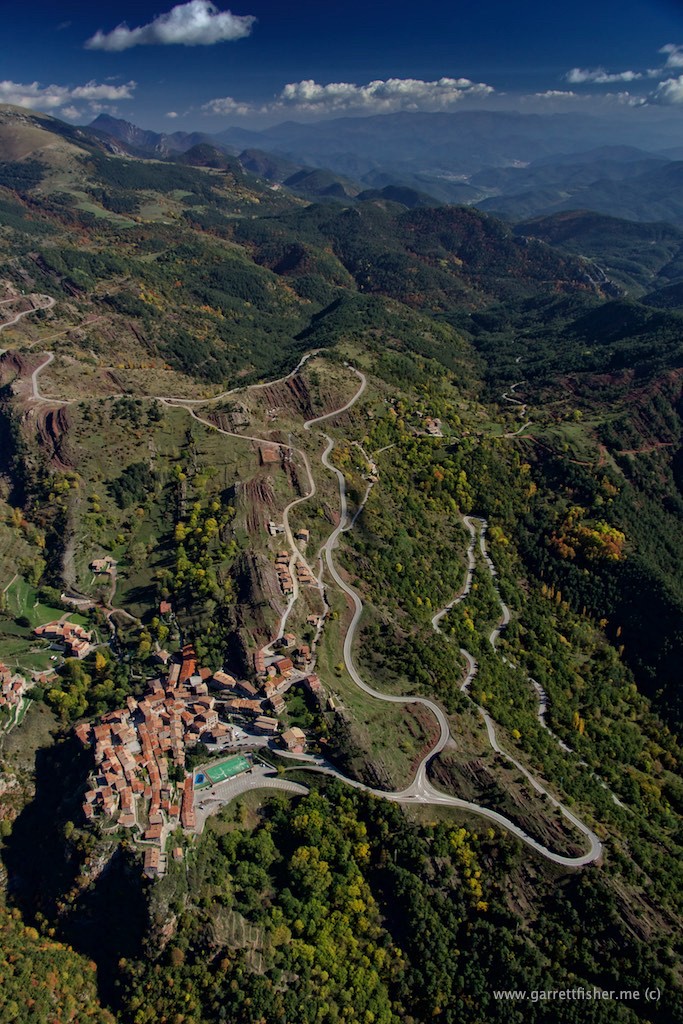 I am not sure if I should label this by the name of the peak: Puigllançada or the ridge, Serra de Montgrony. 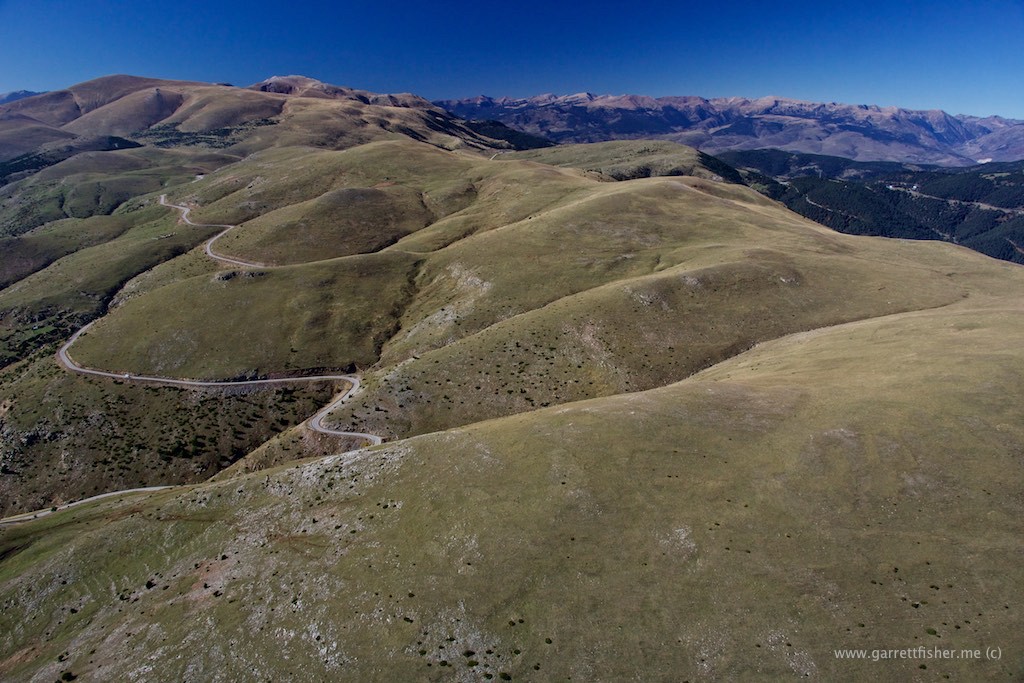 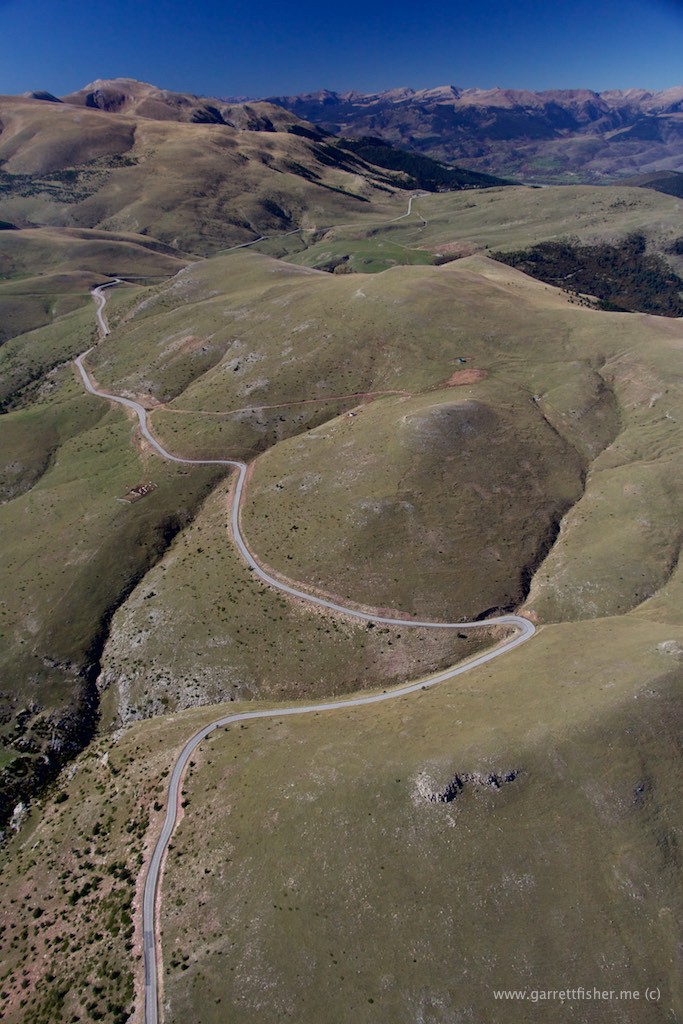 I specifically bought this lens to have enough zoom to capture this terraced scene on the hill at La Molina. Now I have the image! 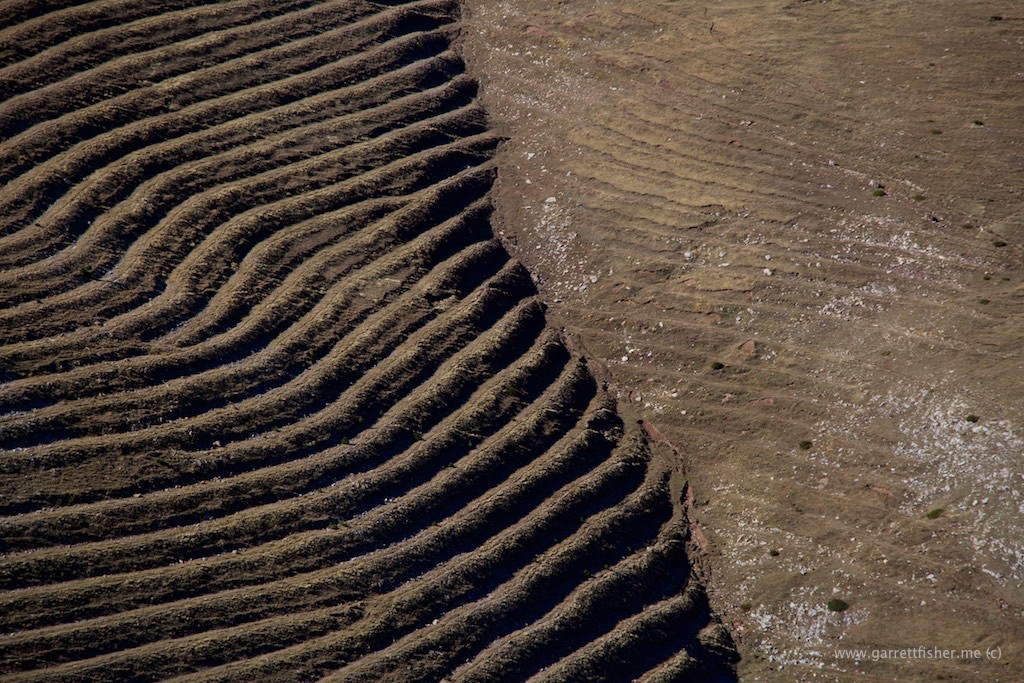 Other side of Cadí-Moixeró ridge line. 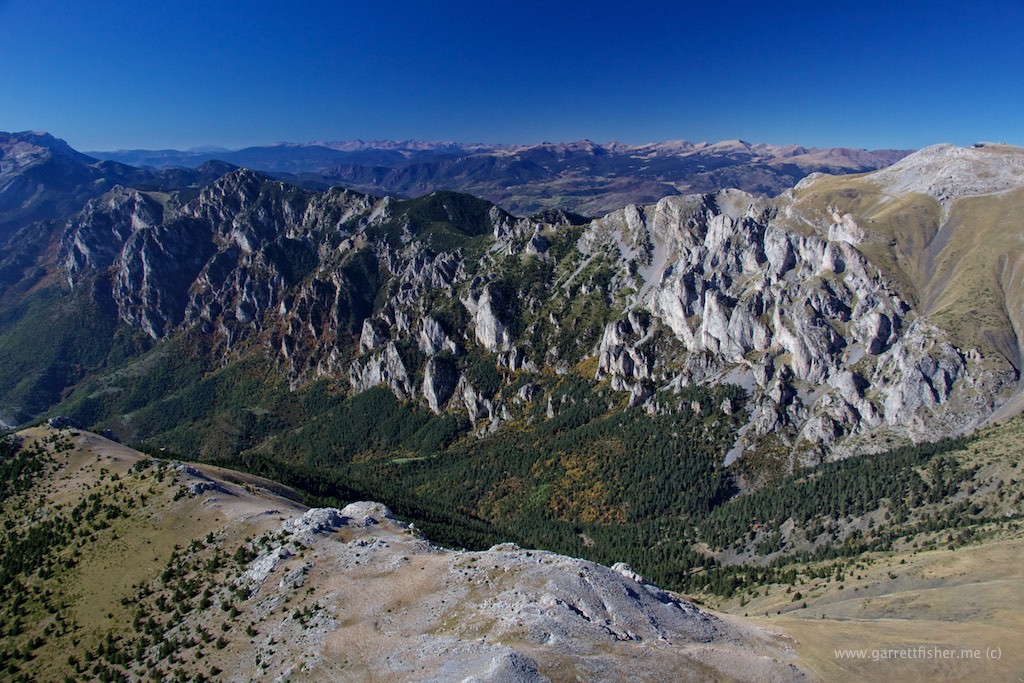 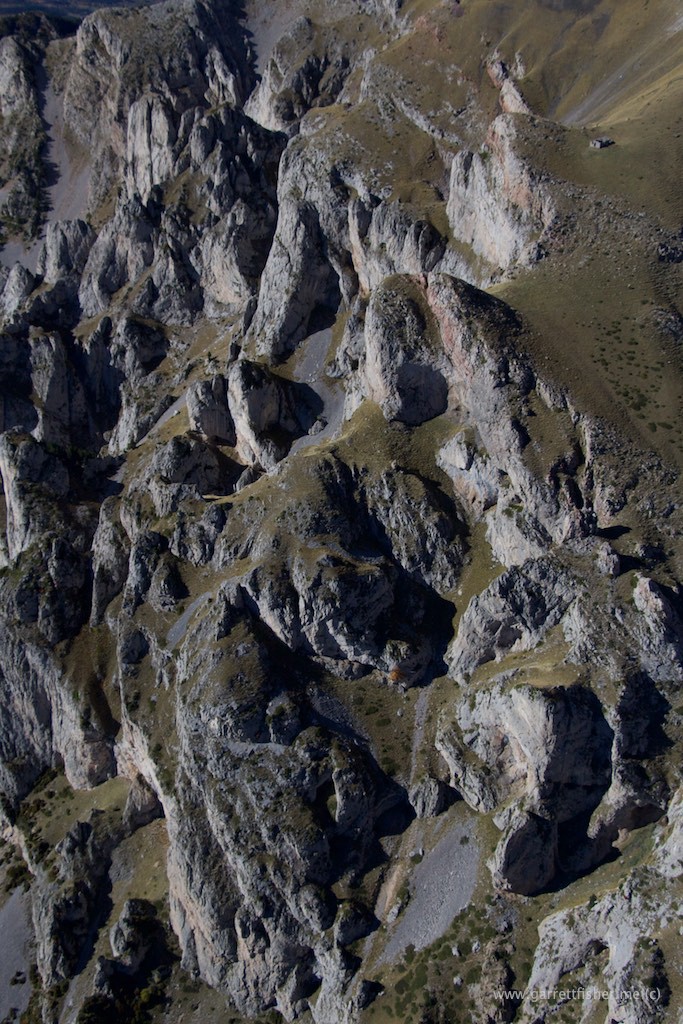 Autumn down in La Cerdanya. 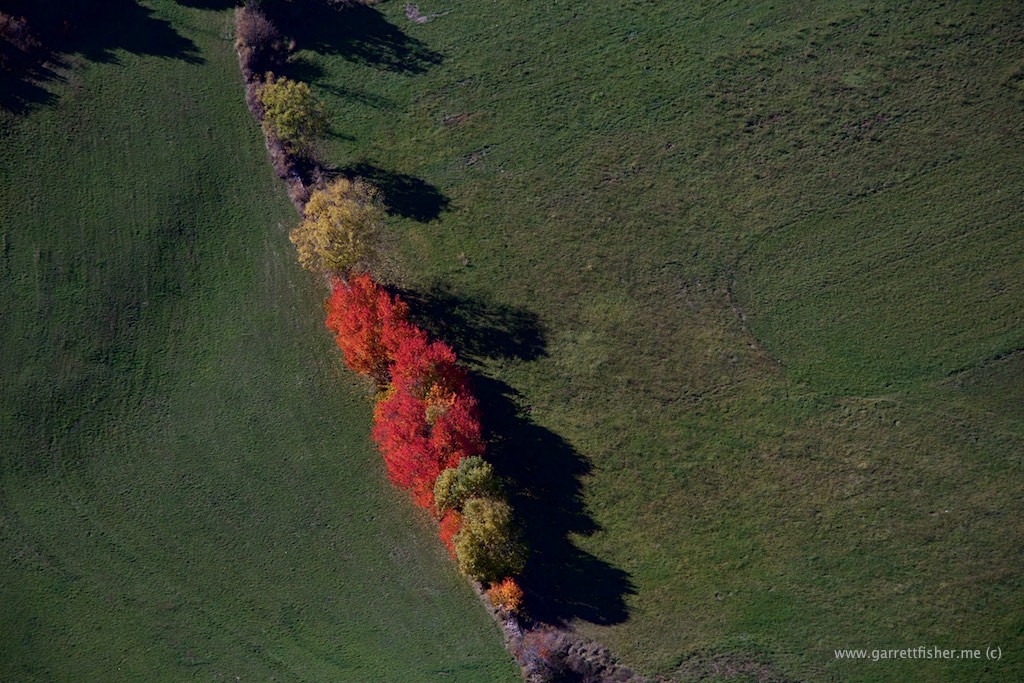 I can’t help some farm fields. It doesn’t help that the best fields in the valley can only be photographed while in the pattern. 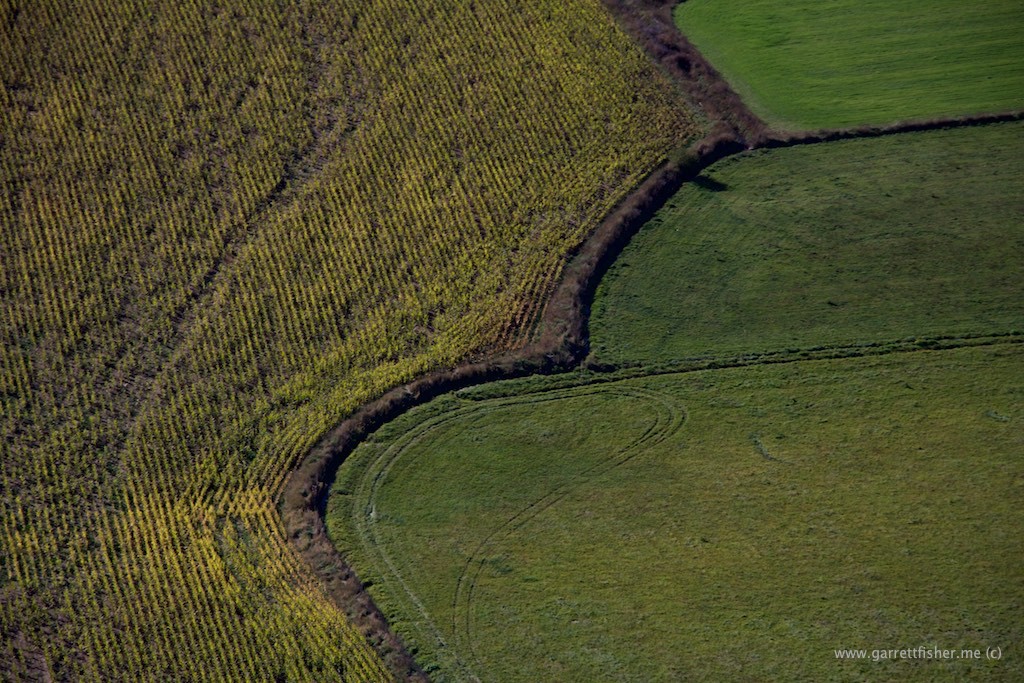 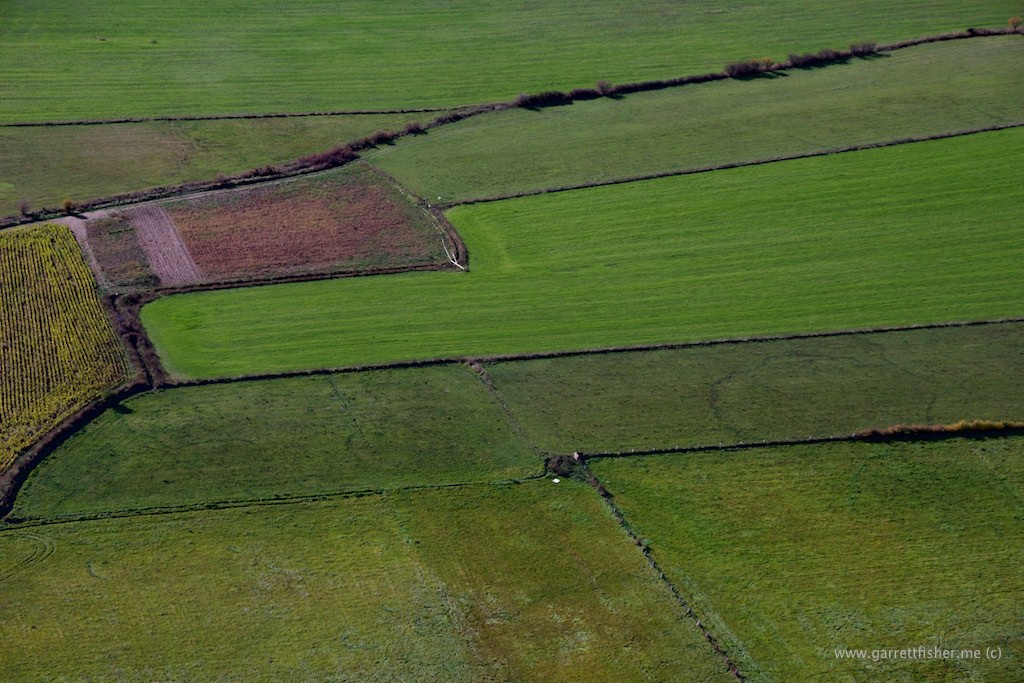 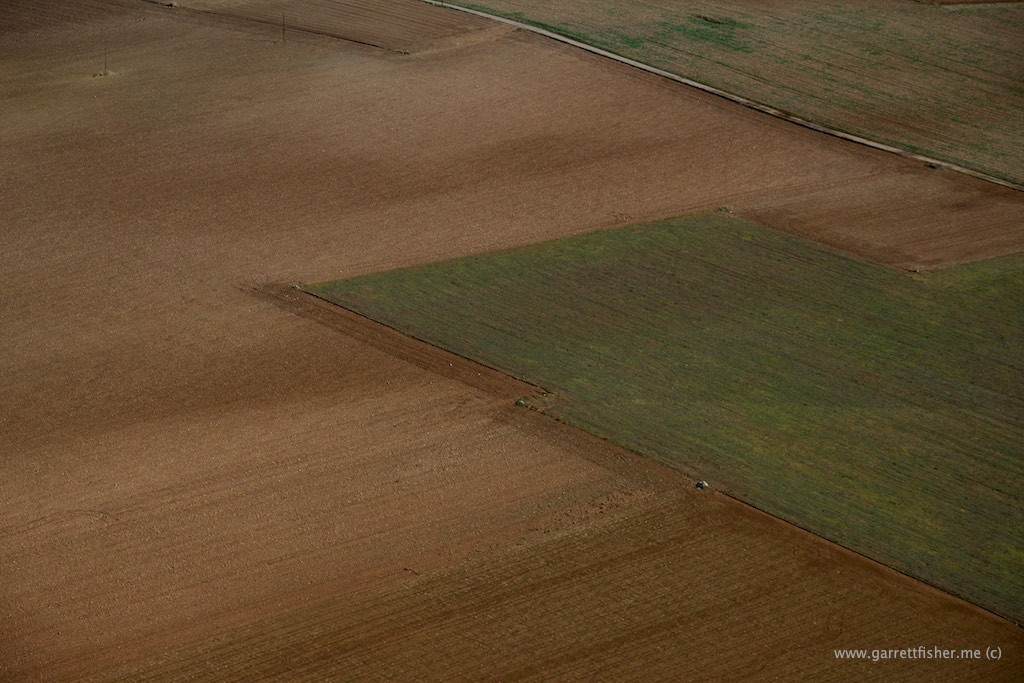