While I may get passive-aggressive around Christmas, I get cynical around New Year’s. First of all, who needs an excuse to get drunk? Just get drunk already if that is what is desired. Secondly, there is all of this whitewashing of graves: recasting the prior year in a bath of bulleted positives, and setting resolutions for the next year, heralding in an era where things will somehow be better because we passed an arbitrary point in the orbital path of the earth around the sun.

For me personally, I will only note that 2016 was the year I lived in three countries. Three. I did NOT see that coming.

For the rest of the world, there is the matter of the handwriting on the wall. We tend to look back on historical horrors such as the world wars, autocracy, and various human rights travesties and console ourselves by believing that, if we just knew beforehand, it would have been different (at least that is how world history was presented to me in grade school). The horrors of the 20th century weren’t mysteries beforehand to many; the specific trigger was. The handwriting is on the wall again about our future; there is not much reason to assert that things will be rosier when those of us who are alive review our 2017 in 365 days, when we are at the same point relative to the sun on a two (but not three) dimensional Cartesian grid. Let’s not even begin to talk about our solar system’s galactic orbit (much less our galaxy’s general motion, but I digress) and how that throws cold water on the logic behind our cultural suppositions.

That depressing, condescending, and sardonic reality aside, what about Catalonian New Year’s traditions? As literally just happened a few moments ago, the new year turned over in Catalonia and church bells rang 12 times, for which people traditionally eat one grape for each toll. Its fast, and I wonder if anyone tallies how many people die from choking? According to the Royal Society for the Prevention of Accidents in the UK, at least one emergency visit per year to the hospital is made in Great Britain due to someone trying to photocopy their ass in the office; I can only imagine the effects of a fast, collective, and mass grape eating orgy by an entire separatist region late at night. But hey, its Spain, and people are happy, everything else be damned.

As for the flight in question, it was the beginning of what has turned about to be the War Against the Inversion. That damn airmass is not a transitory condition dependent on weather systems; it is a nearly permanent fixture. The only question is: how high does it go? Is it confined to Lleida, or is it allowed to rise over the Pyrenees? Time and season determine that factor, though not the existence of the inversion itself.

I decided to go to a mysterious agricultural basin in the southernmost section of the foothills of the Pyrenees, betting that the inversion would be kept out of that area. You’ll have to see how things worked out.

Looking back on La Cerdanya – quite pretty. 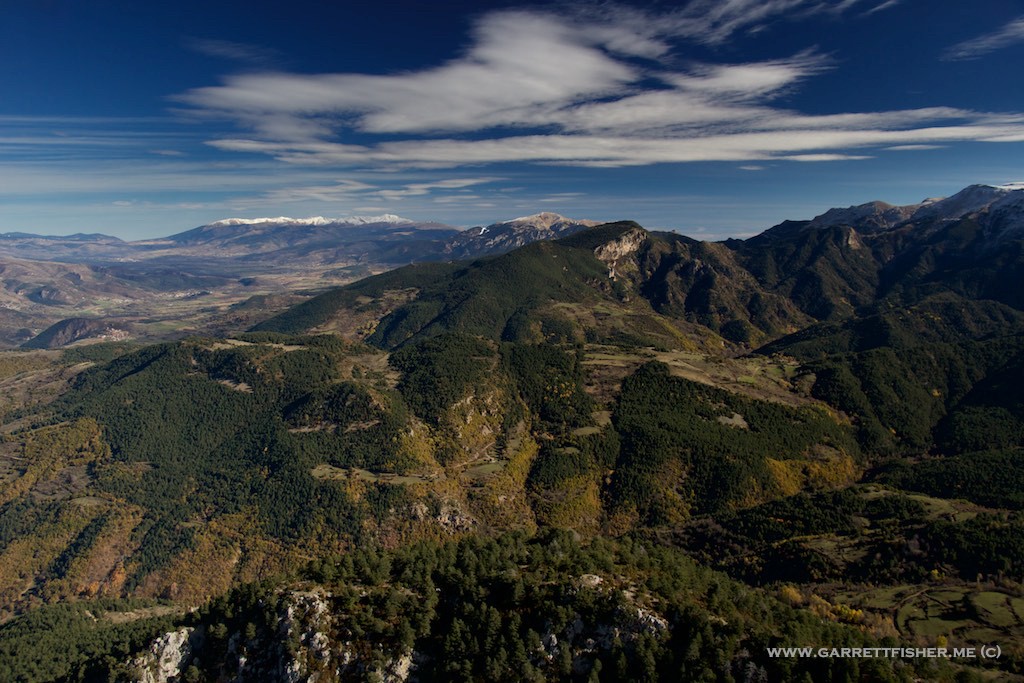 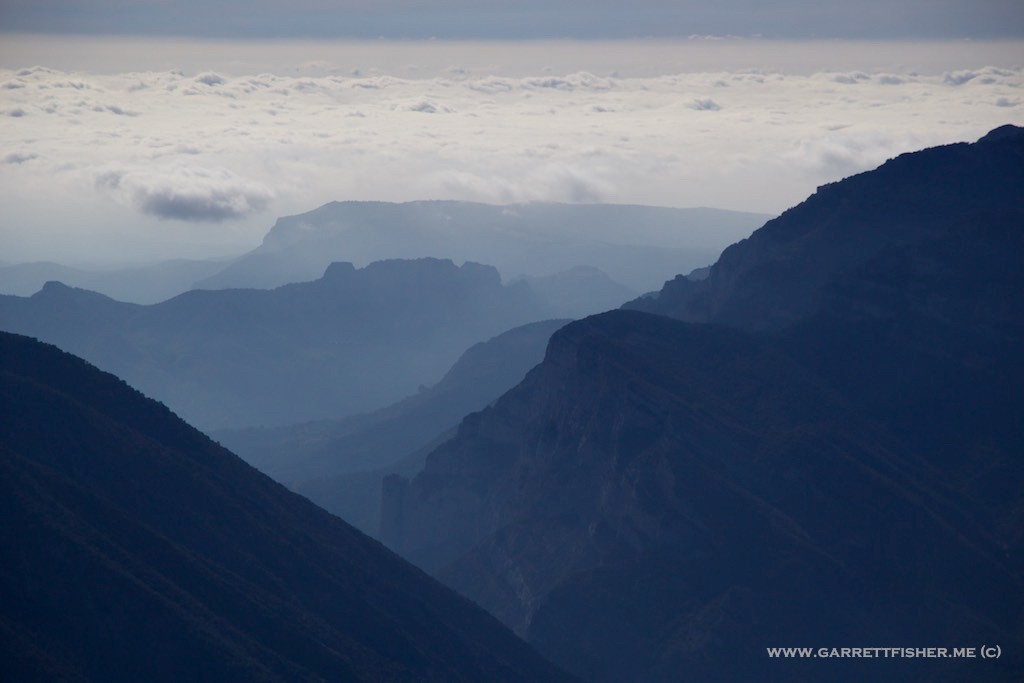 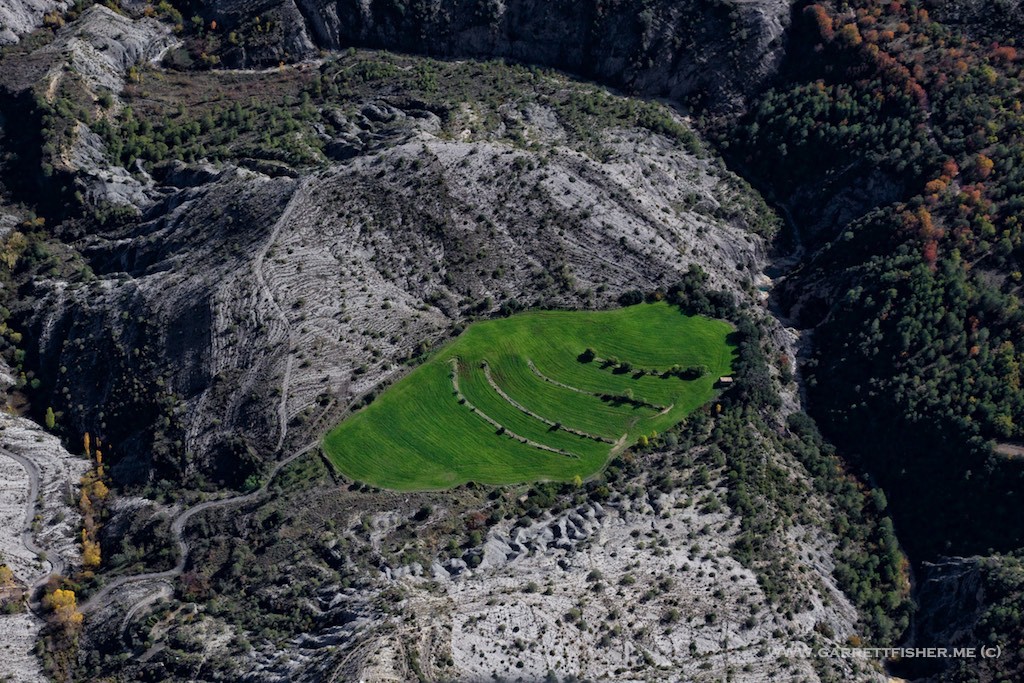 The eternal question of if this clarity will be in the mysterious agricultural basin. 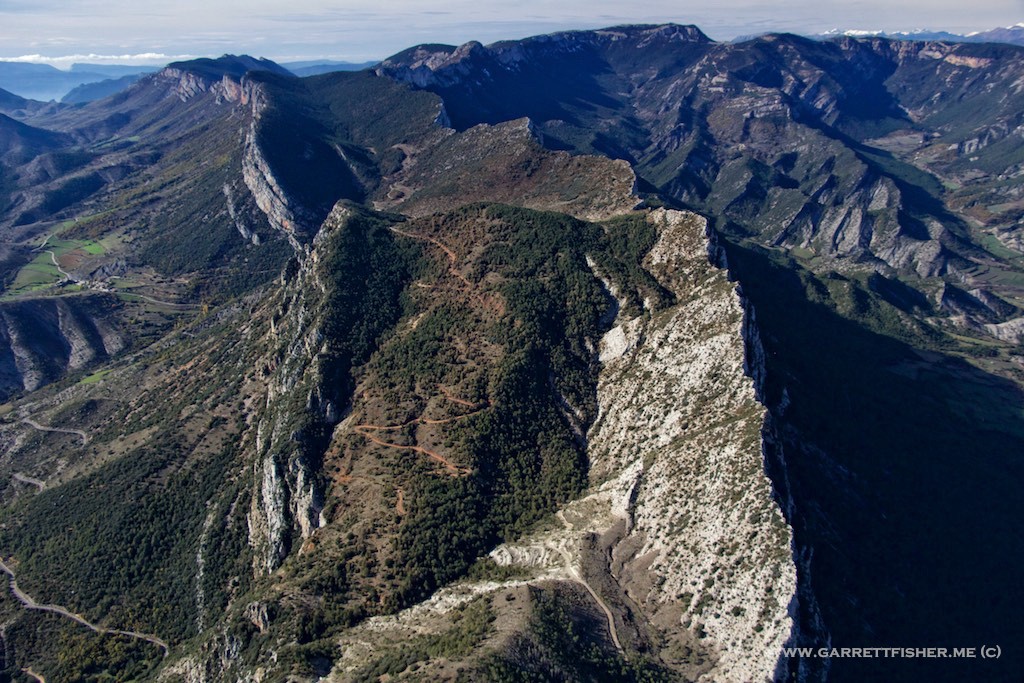 Looking back where on historical flight path. 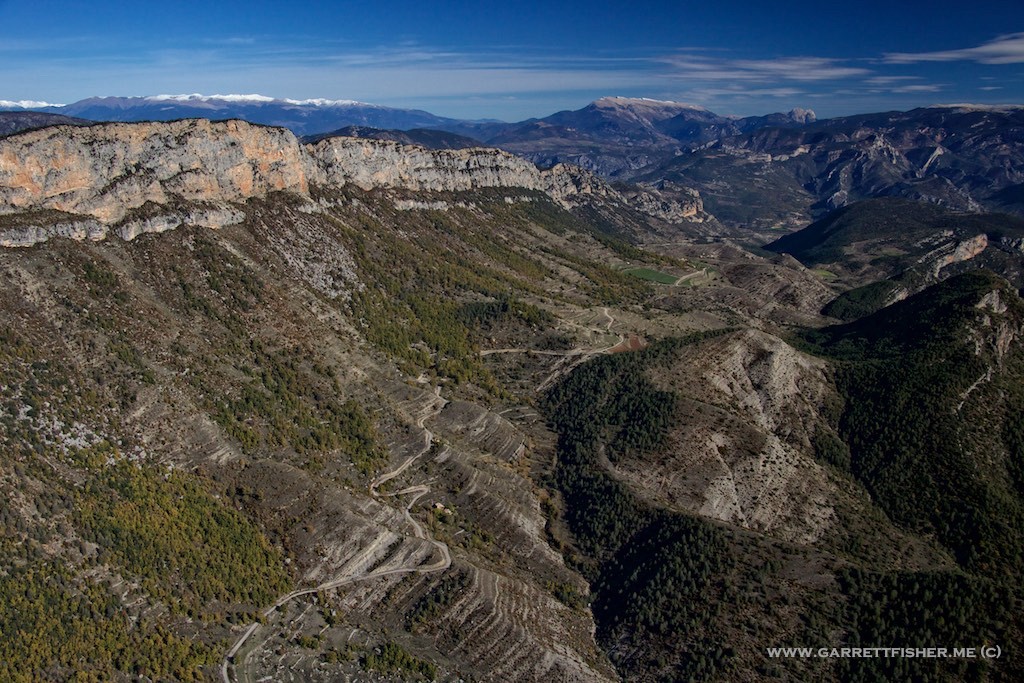 This looked better on Google Maps than in reality. 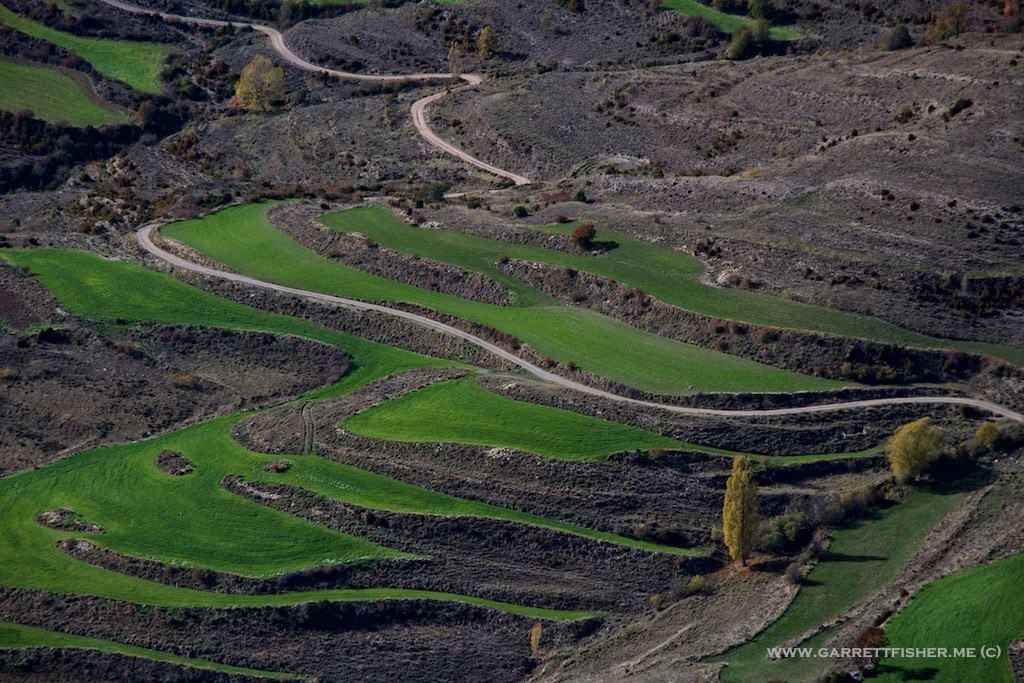 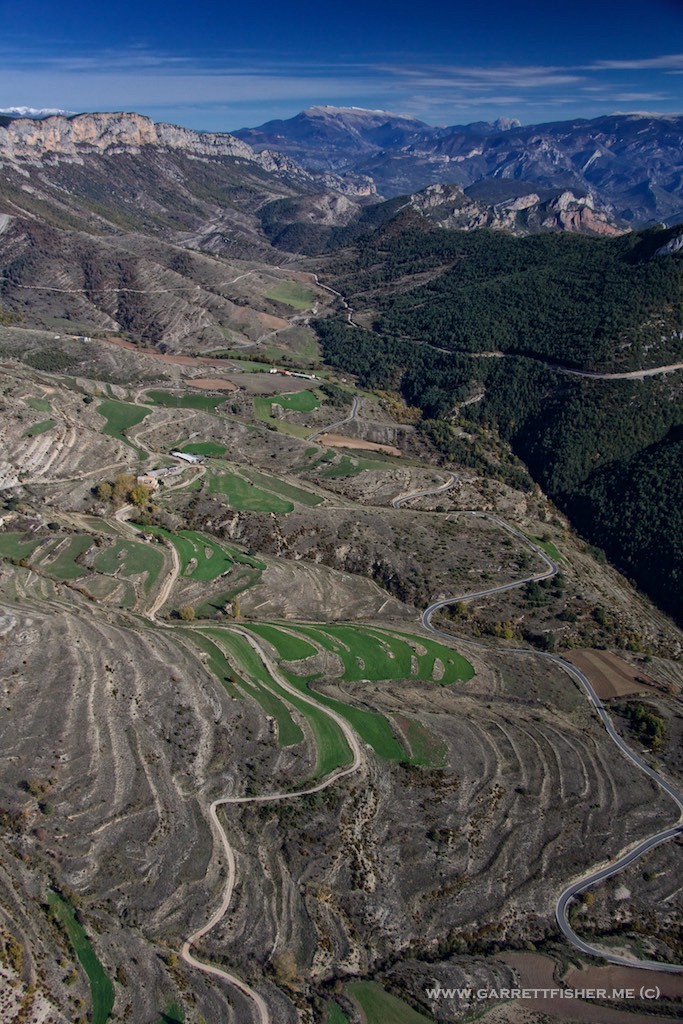 Entrance to the mysterious basin. 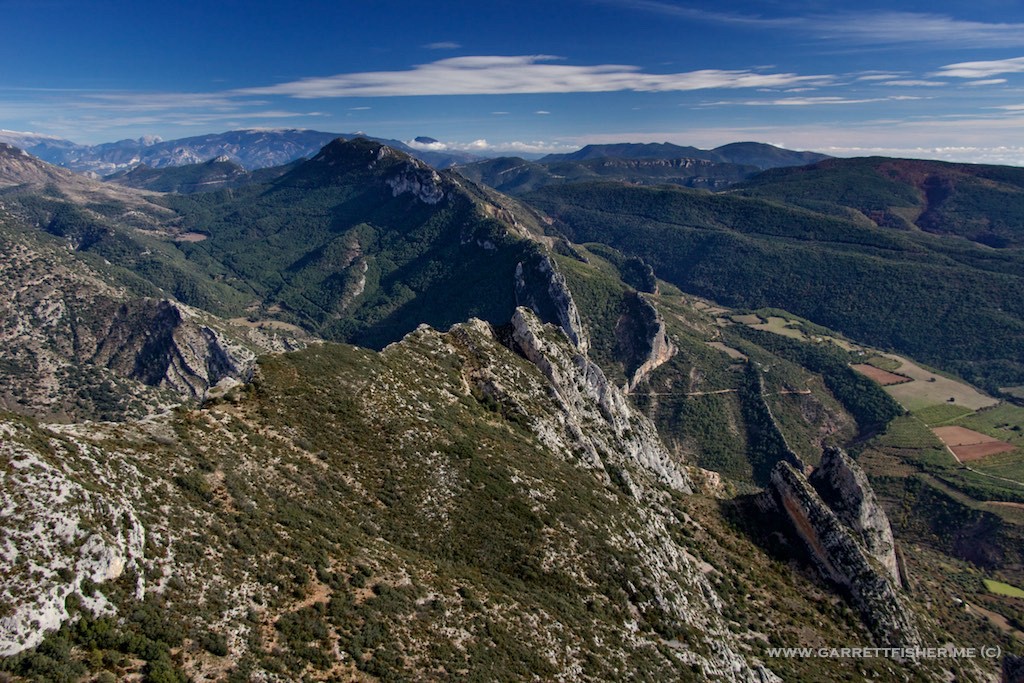 Victory! No inversion here. Note green tarp – I believe that to be olive harvesting activities. 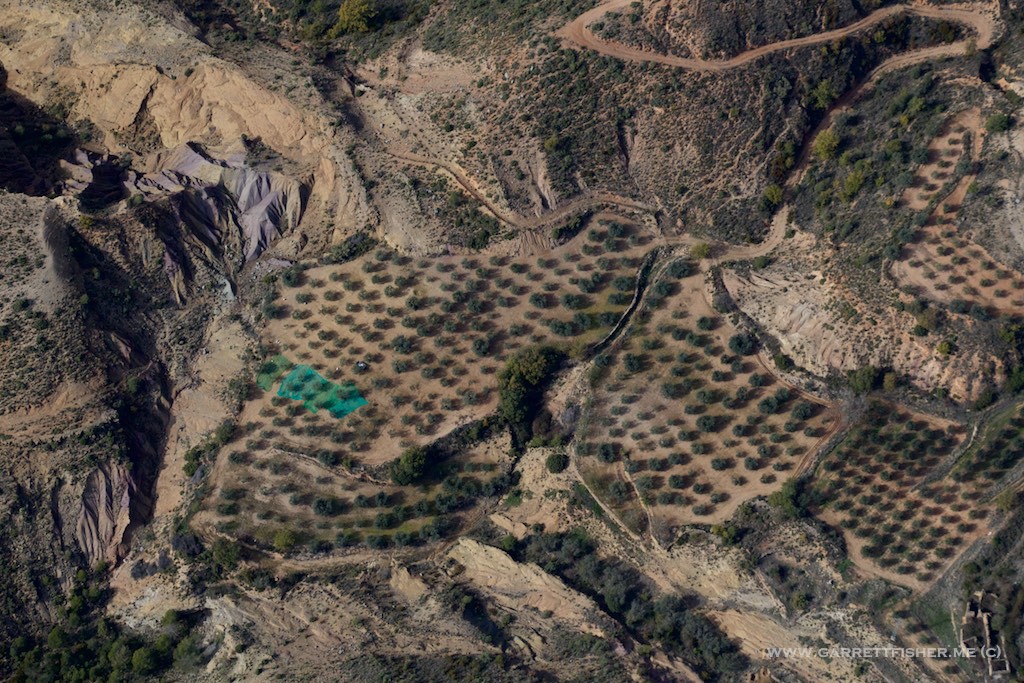 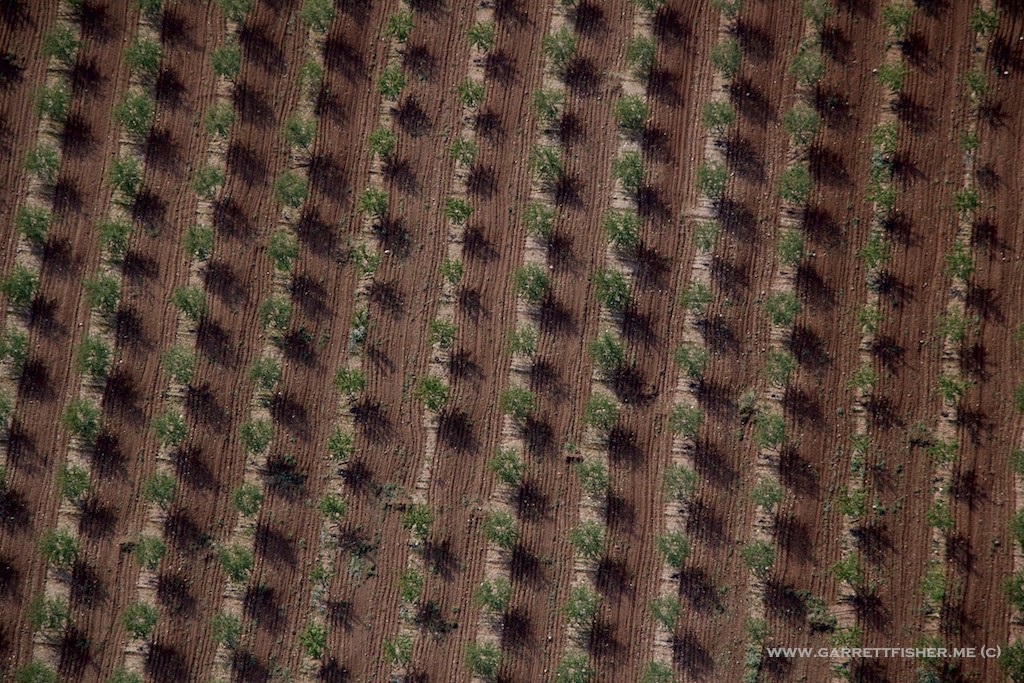 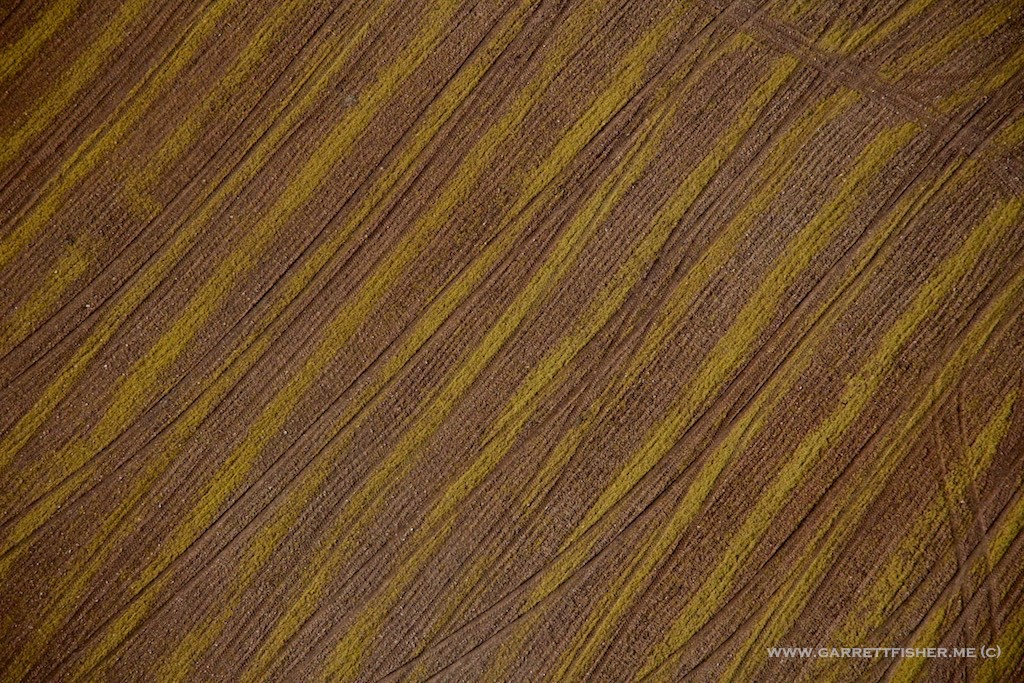 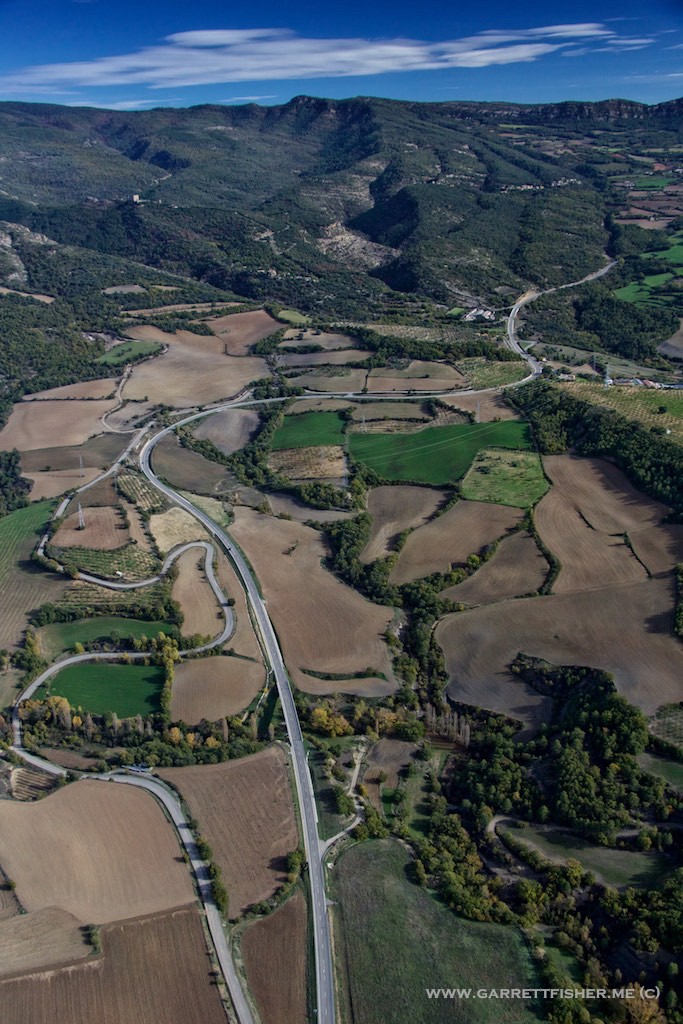 It is due to this ridge that the inversion is kept out! 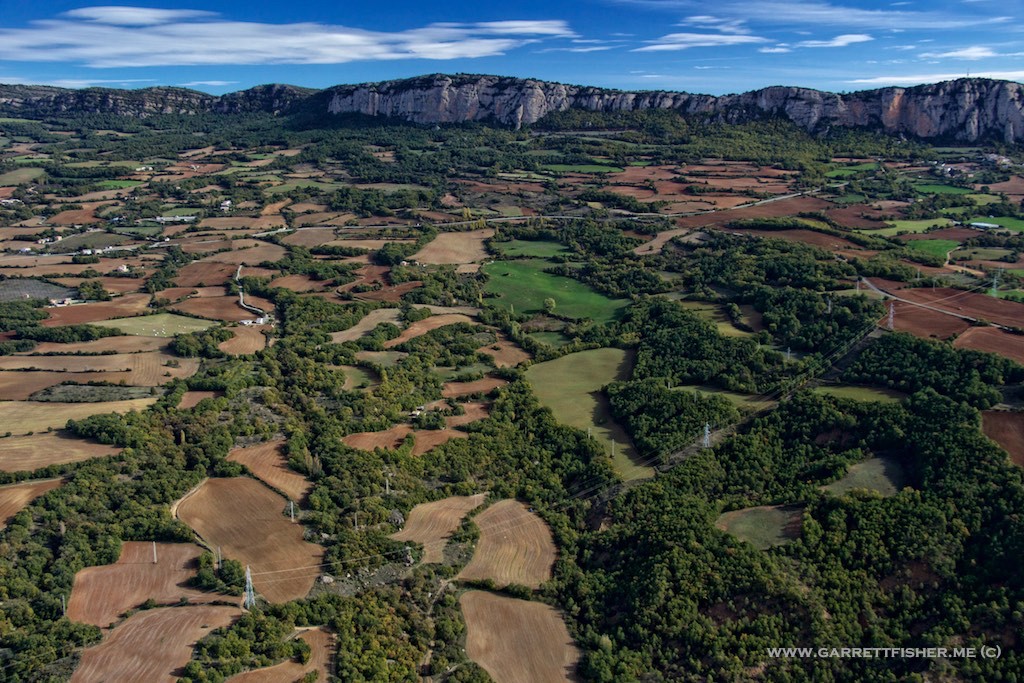 This appears to be a sinkhole, nicely adorned with some autumn. 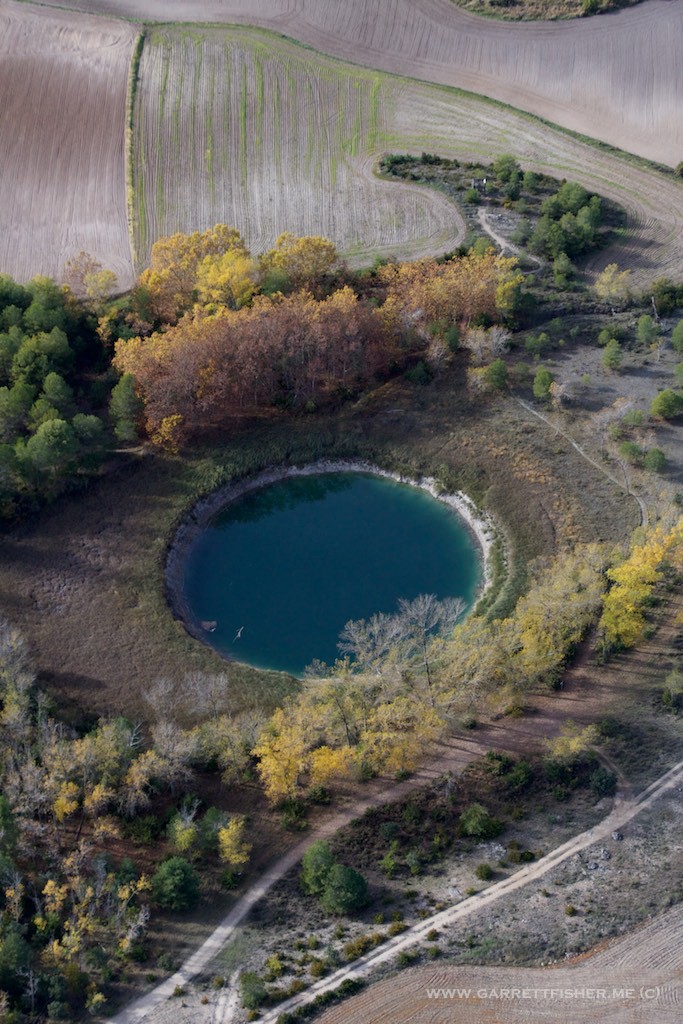 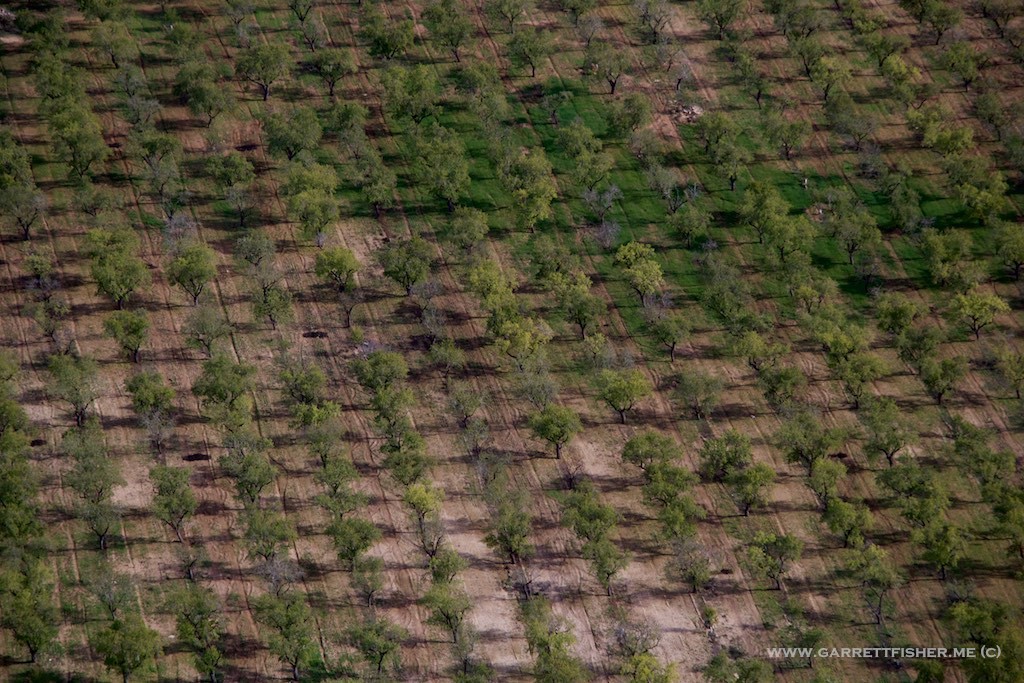 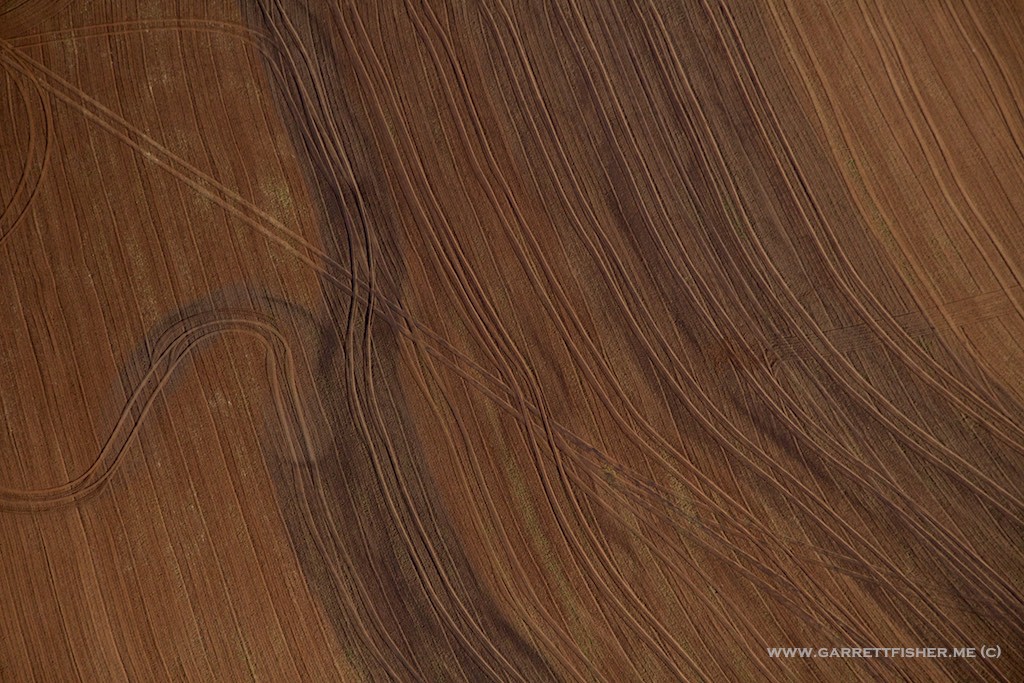 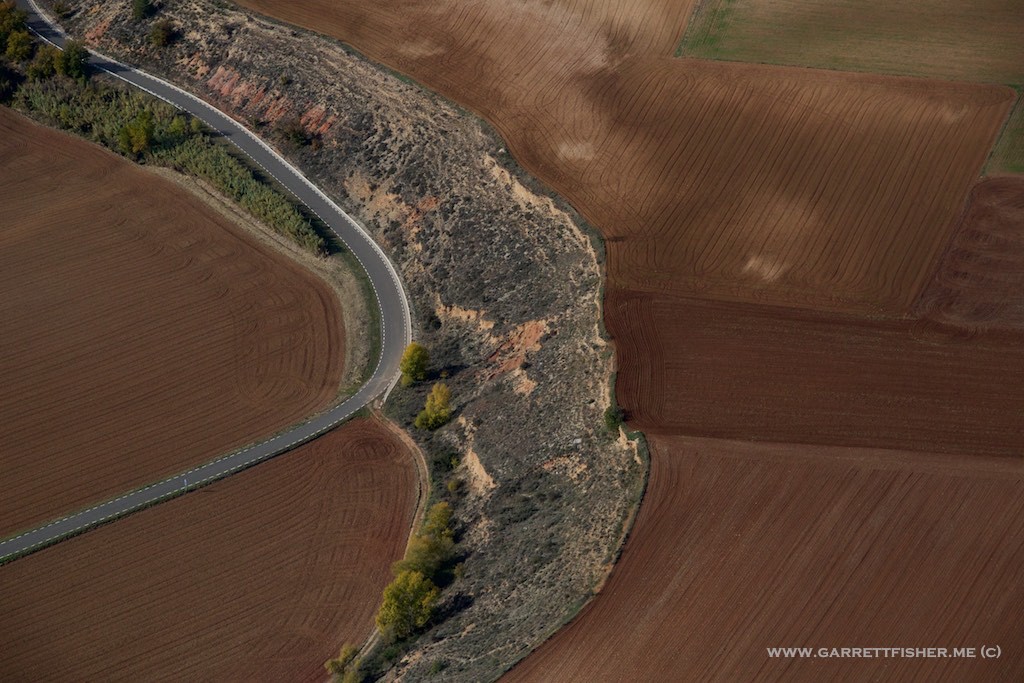 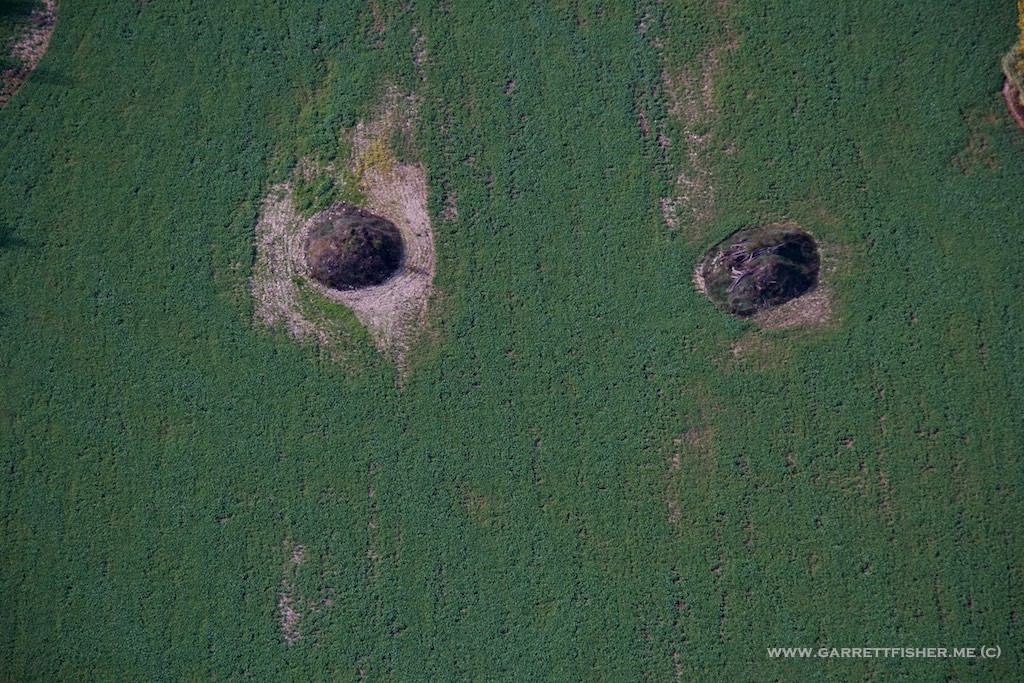 Autumn in a tree farm. 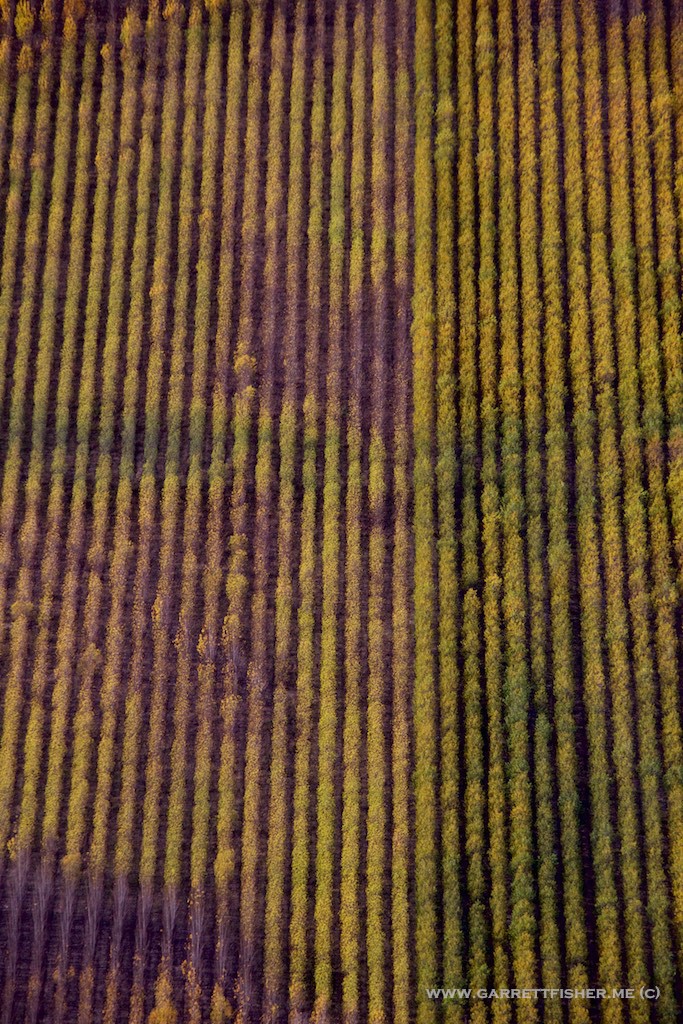 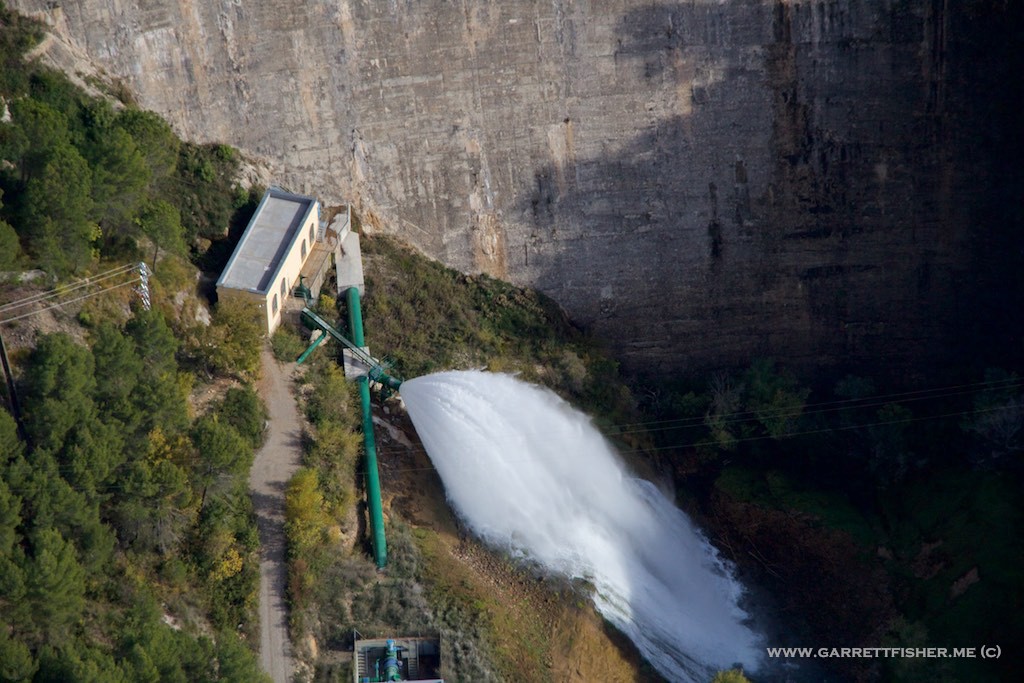 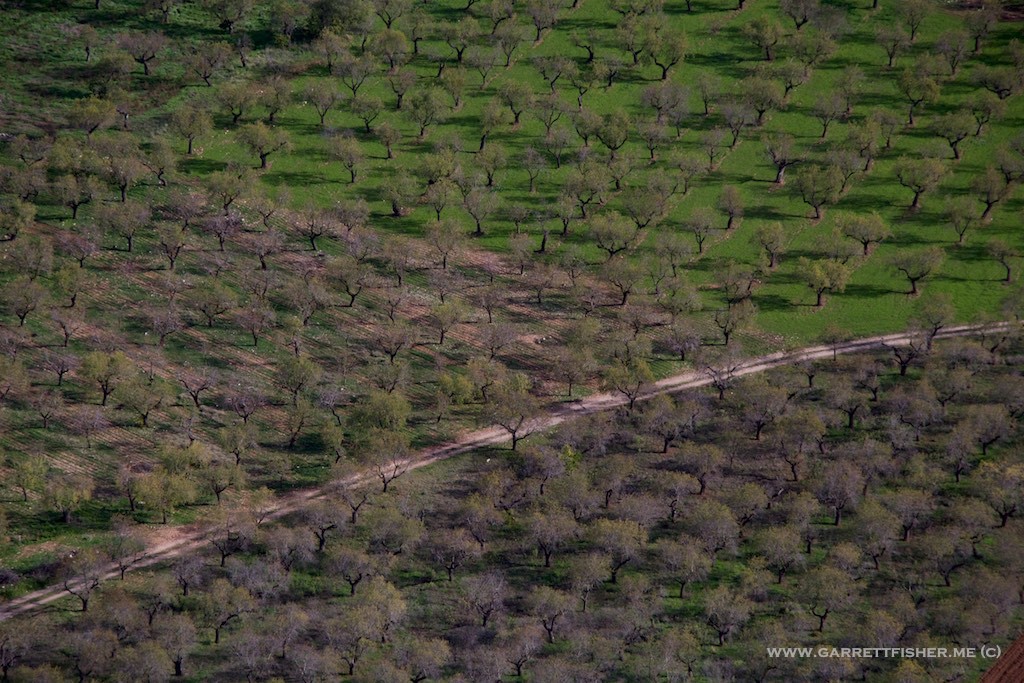 This is me sneering at the inversion! 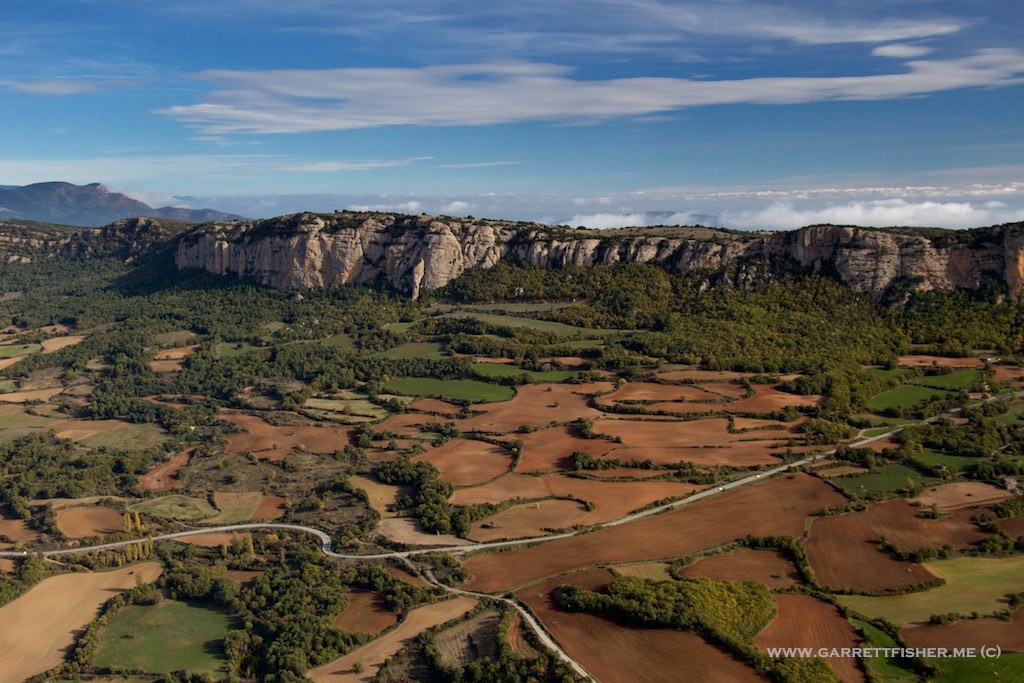 Inversion left, no inversion right. And that is life in Catalonia with an old airplane and a camera. 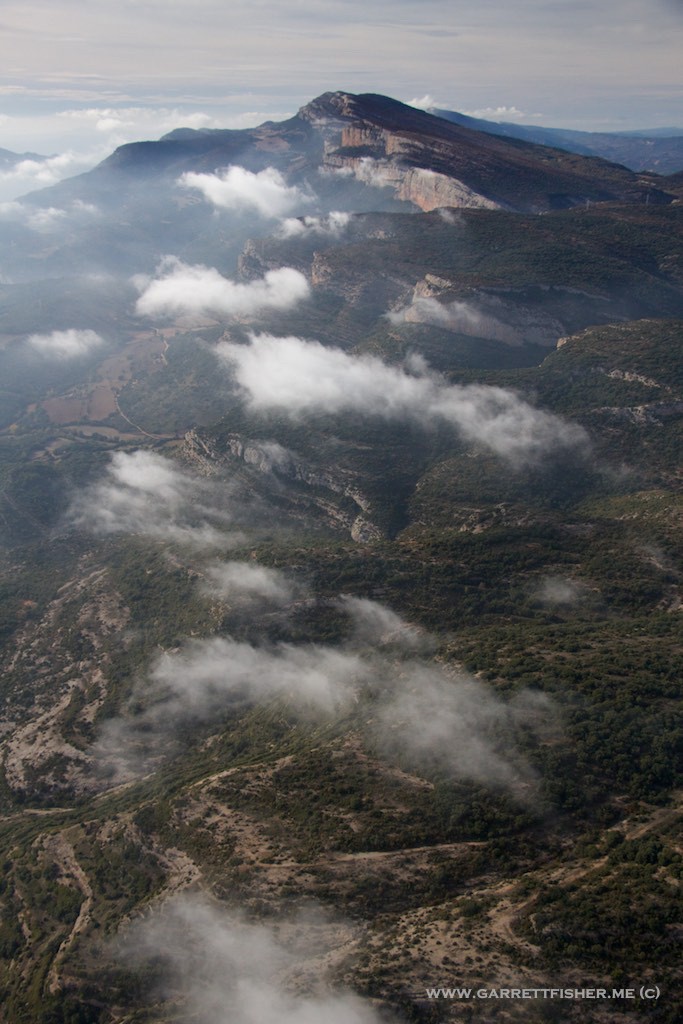 Looking down on the inversion. 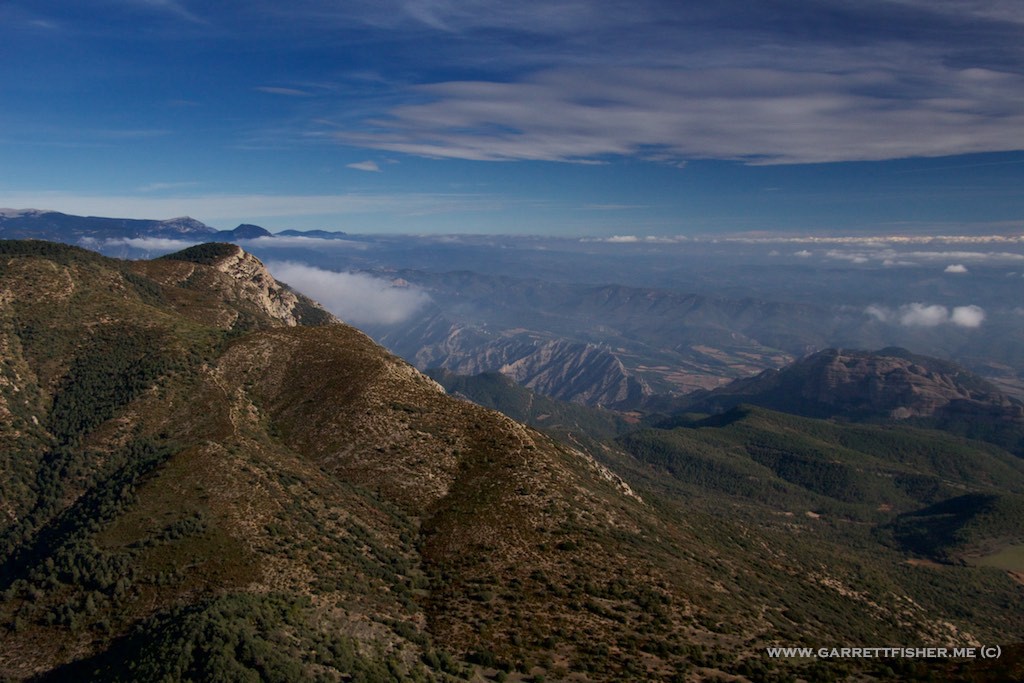 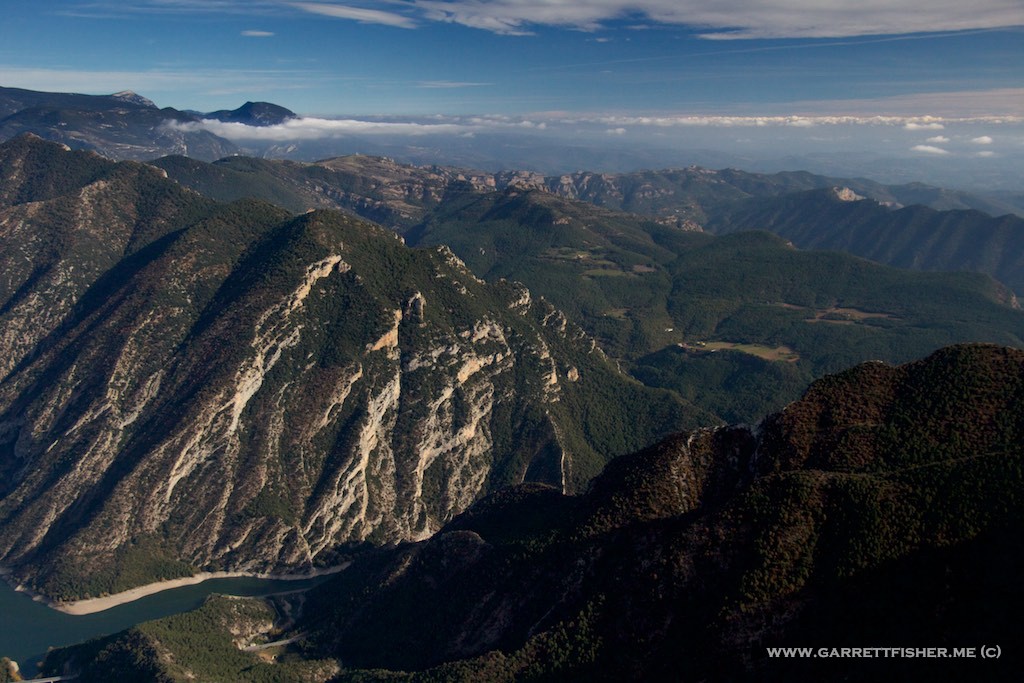 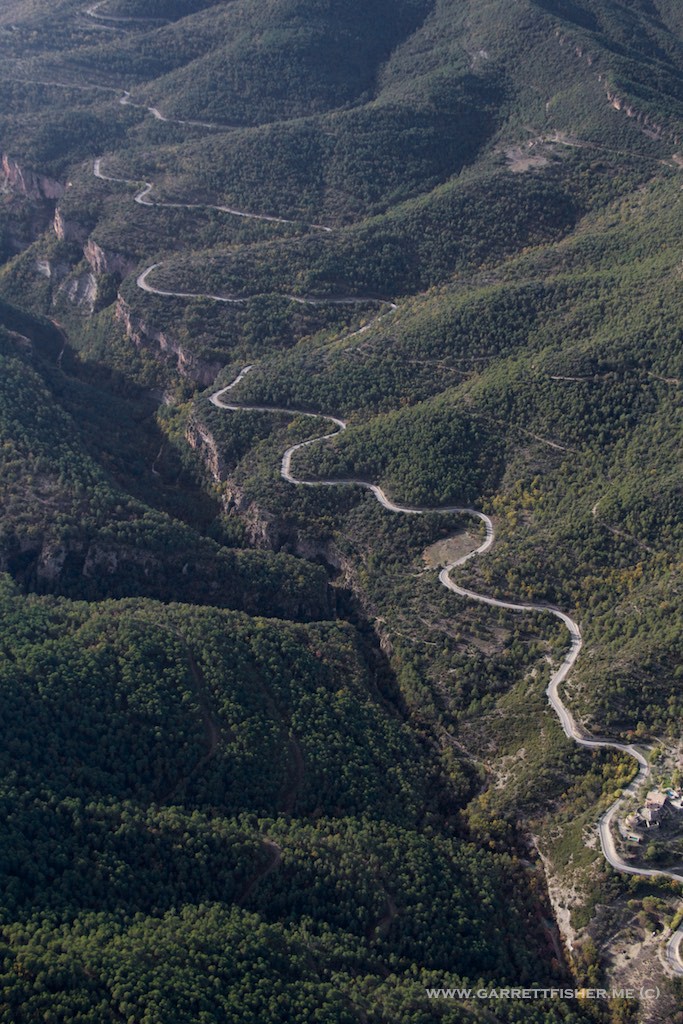 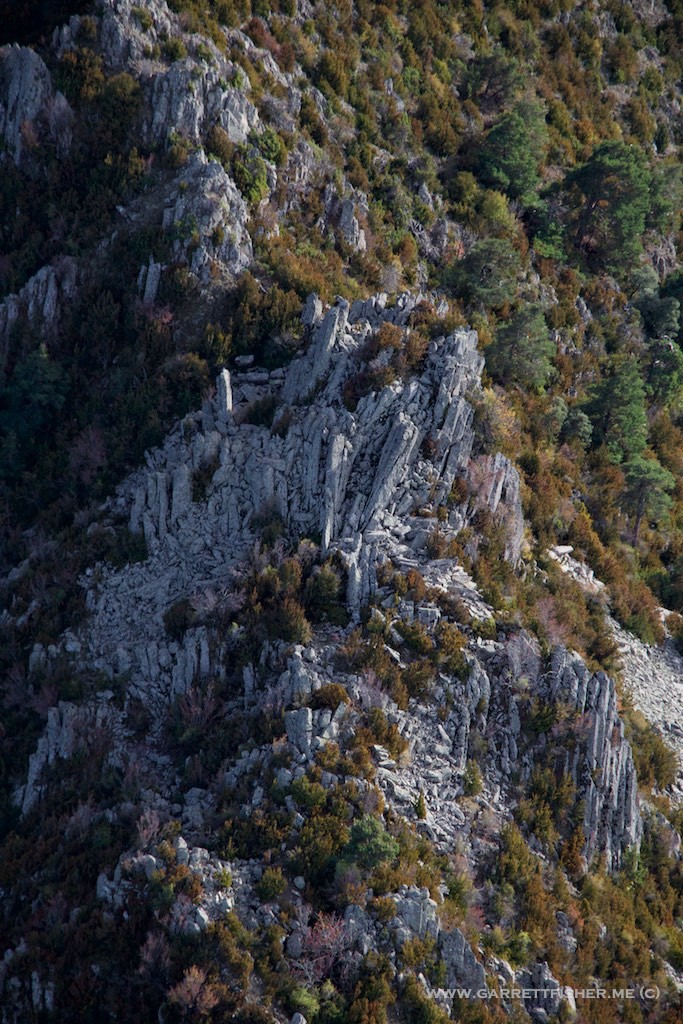 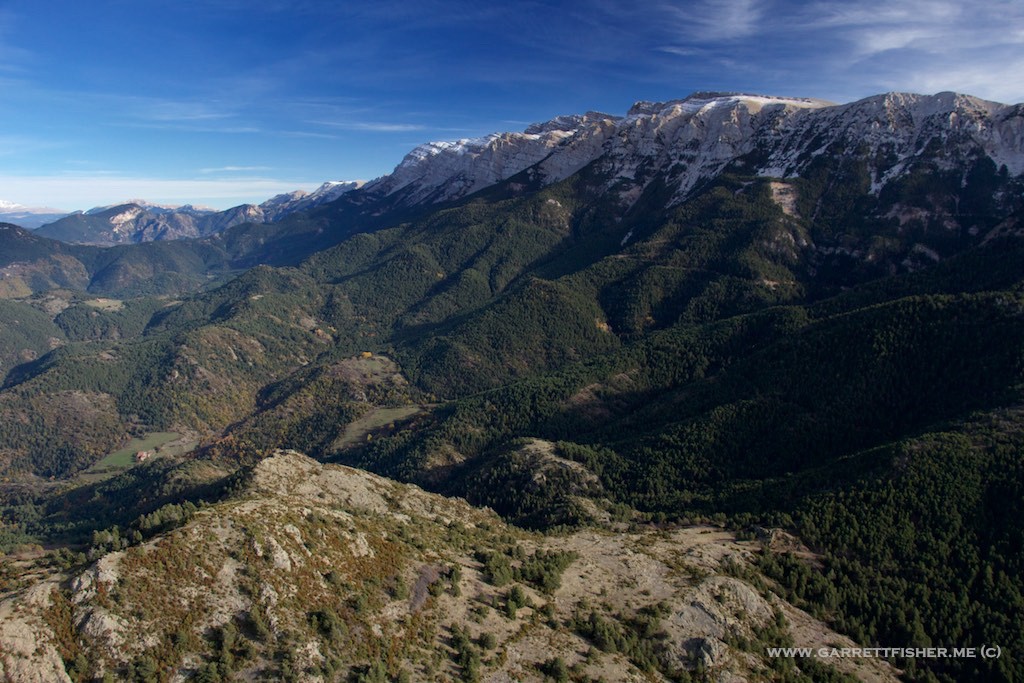 Two bovines, of unknown gender. The ladies have horns here in Spain. 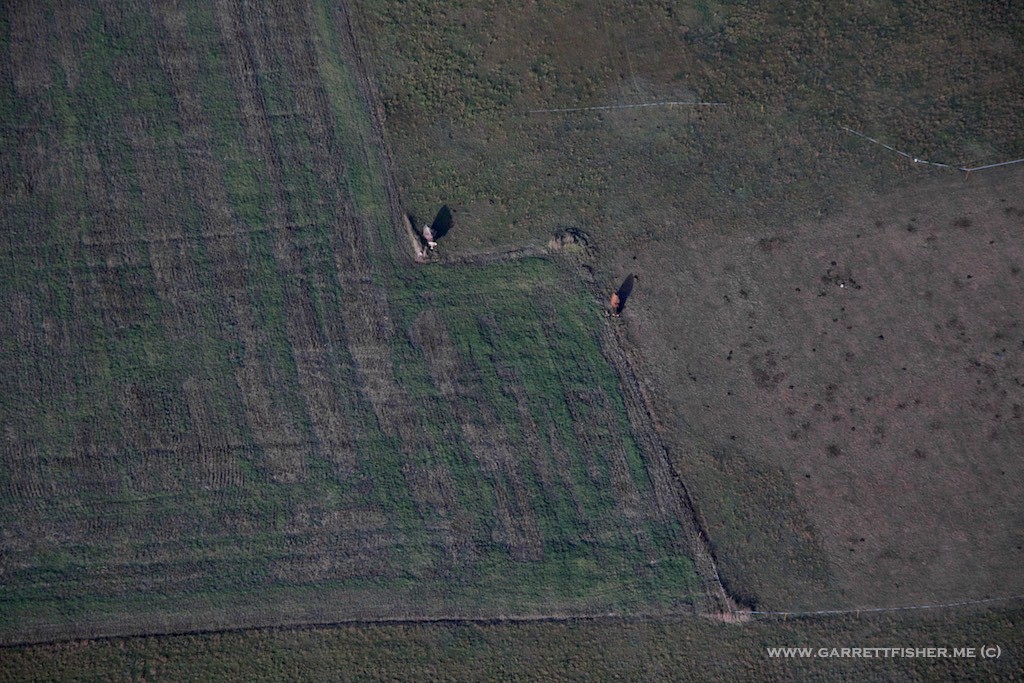