I suppose after the past few flights that the inversion is not unilaterally the end of the world. Generally speaking, La Cerdanya is exempt from it, enjoying tantalizingly clear air while most everyone else marinates in haze, diesel particulates, Saharan dust, humidity, smoke, pollen….you get the idea. Well, things changed a bit as mid-winter rolled around, creating an inversion inside La Cerdanya itself.

This sort of thing is not earth shattering. Really, the fact that La Cerdanya is so exempt from what is going on in the rest of the area is a bigger surprise. In the western US, inversions are quite regular in the winter, as extremely cold and dry air sinks down into valleys surrounded by contiguous and sizable mountain ranges. This cold air can end up having quite a temperature differential, as cold air is denser and heavier than warmer air. If it becomes significant enough, then the air pools, accumulates haze and other impurities, and remains stationary. Those who may have visited Phoenix or Denver in the winter and noted a pronounced brown smog layer are witnessing when pollution and an inversion mixes.

That finally happened here, as cold winter air settled into the valley and expressed no interest in leaving. Thus, I expressed my interest in flying around to see what it looked like.

The layer was pronounced at 5,500 feet, and was far hazier down where humans live than in the air. Once above it, it was not too terribly evident until late afternoon light started backlighting contaminants below.

Das. Note the tone of blue in the lower image. That is the inversion, despite my ironic attempts at taking photos that remove most of its effects. 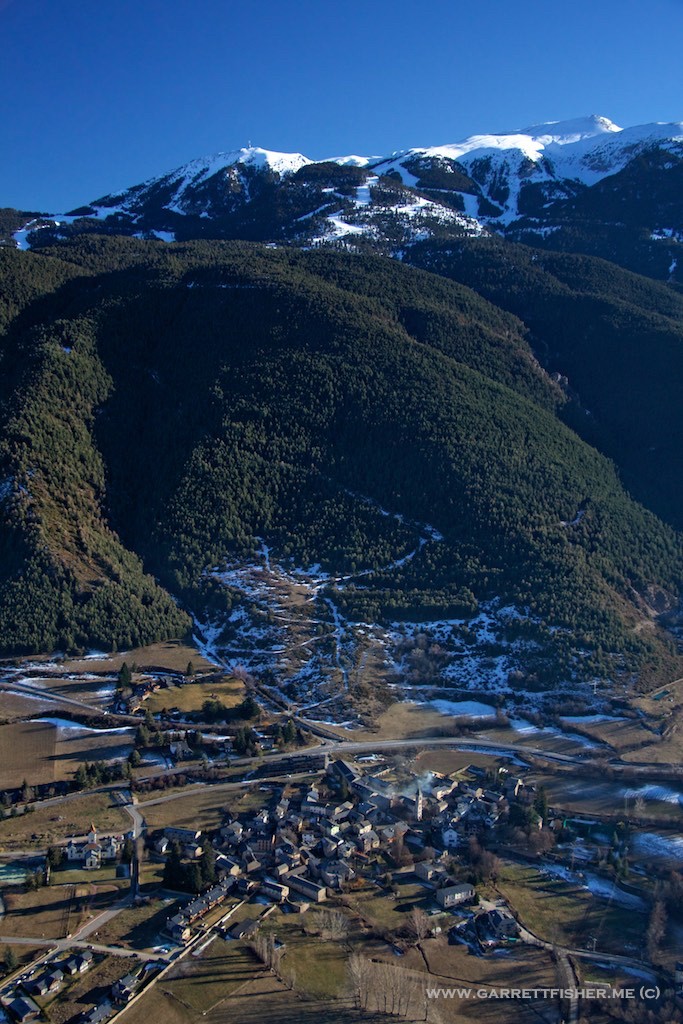 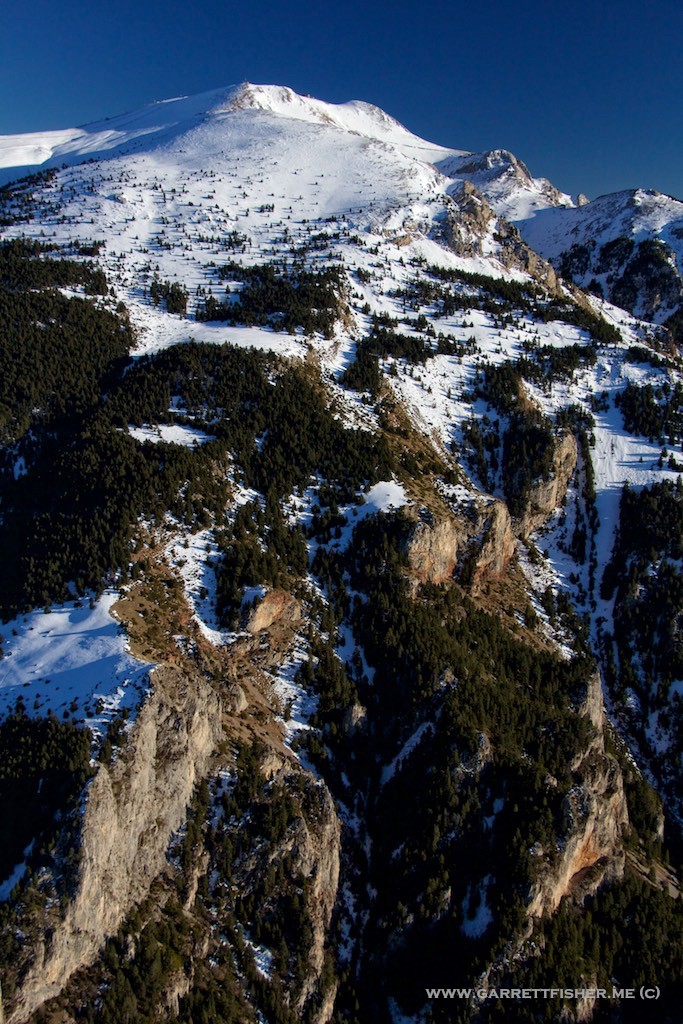 Surfacing the Cadí ridge, noting an inversion present on the other side, though rather low. This is as expected, given high pressure and stable air. 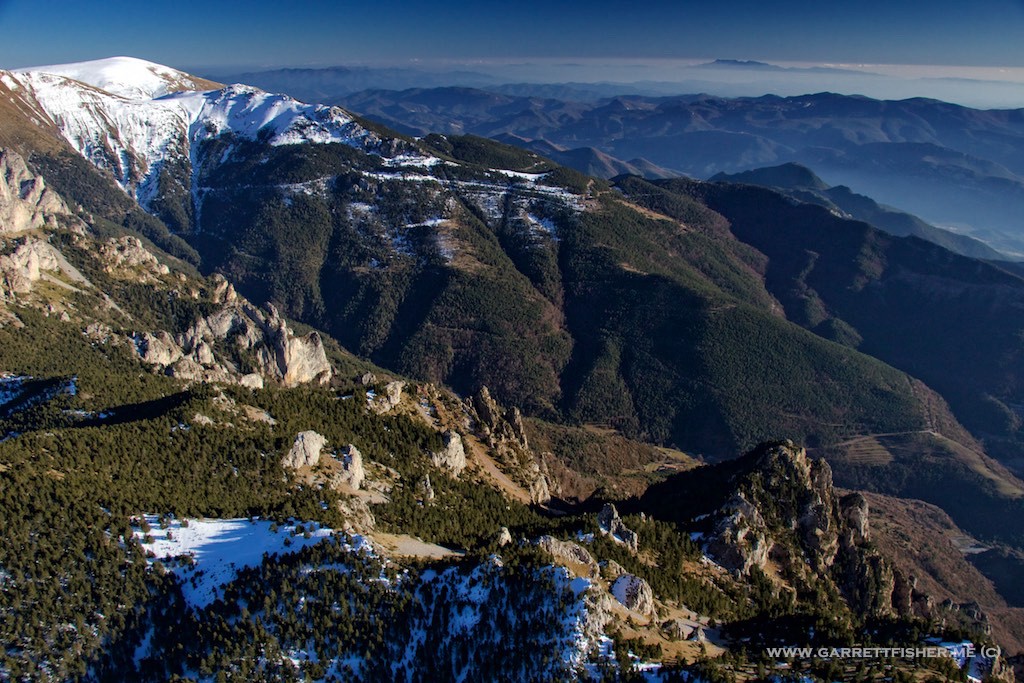 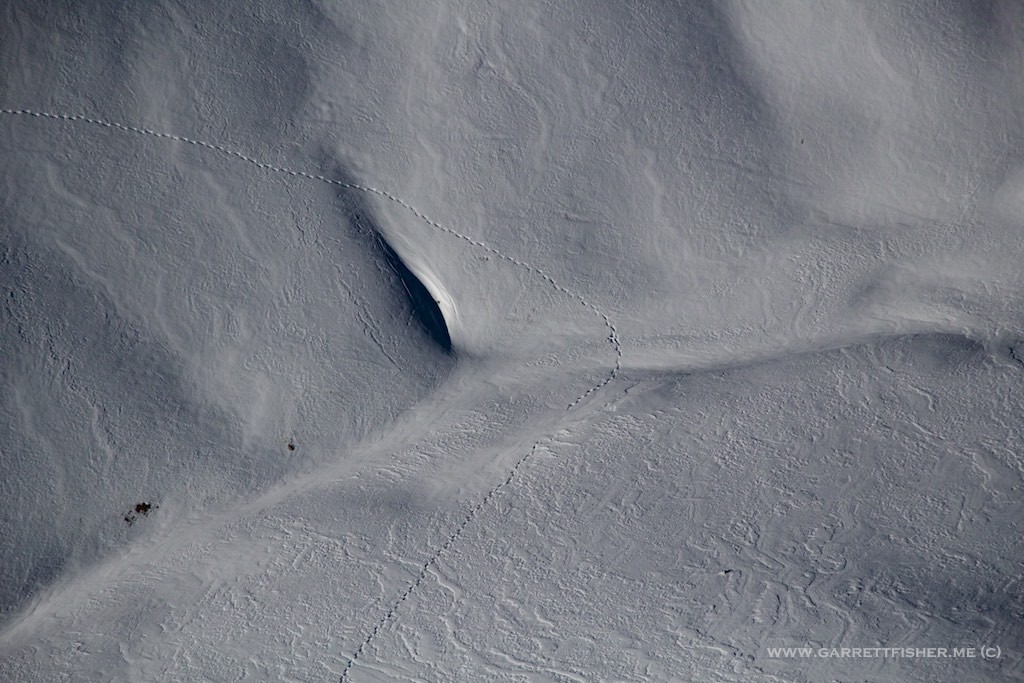 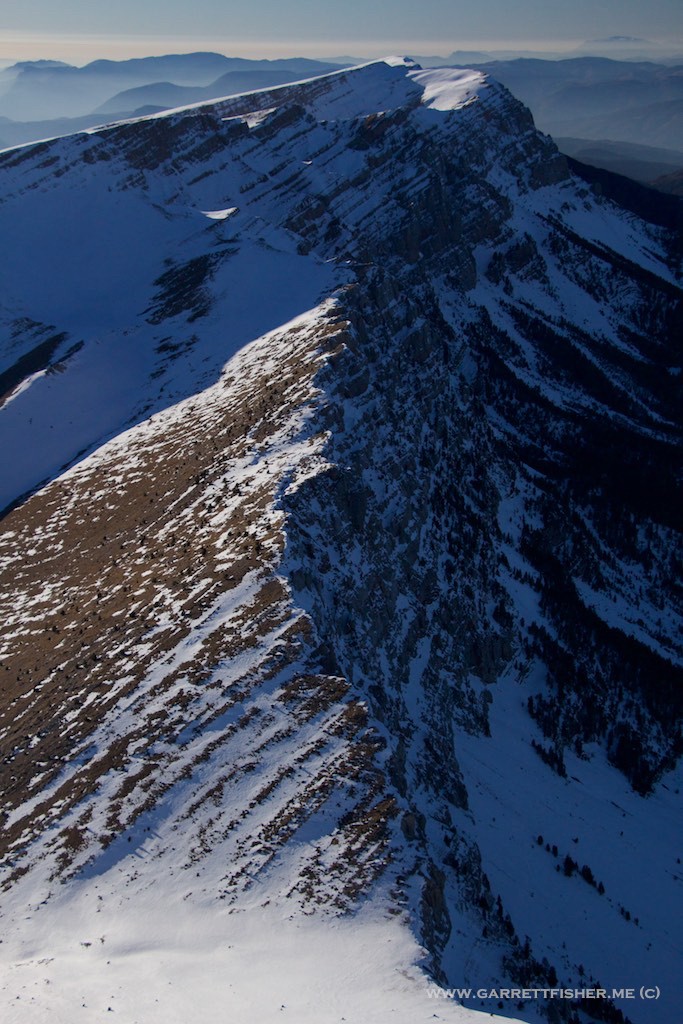 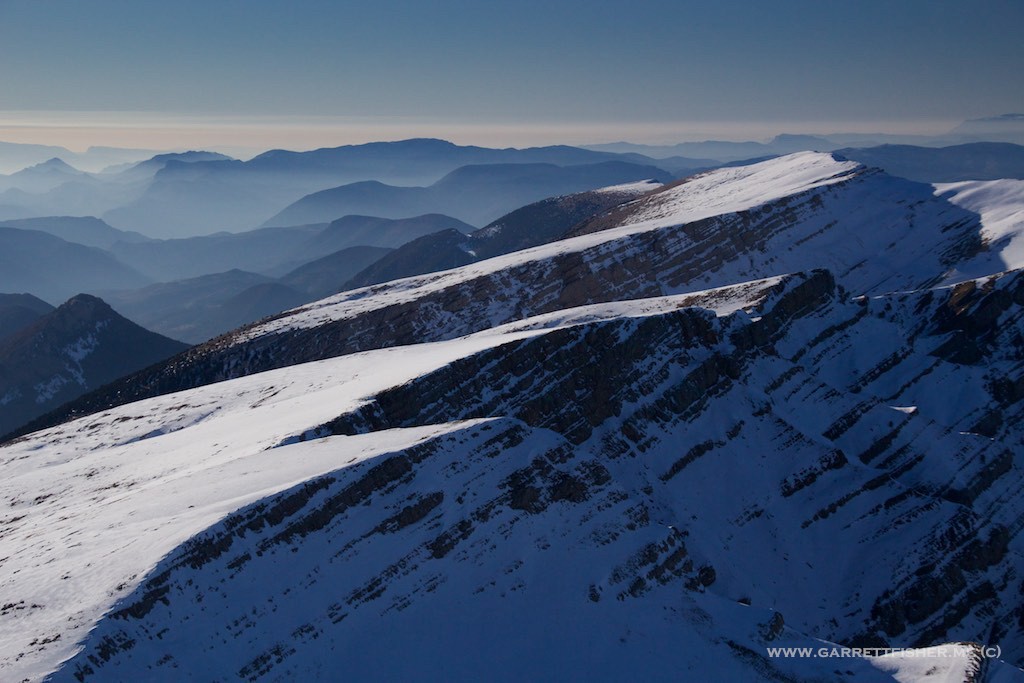 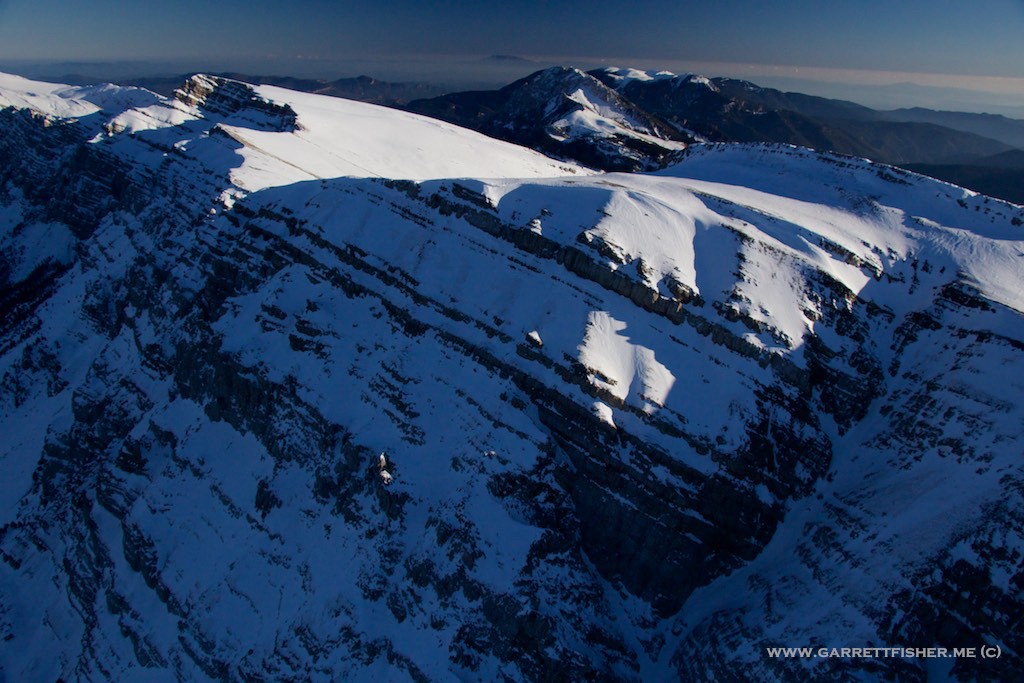 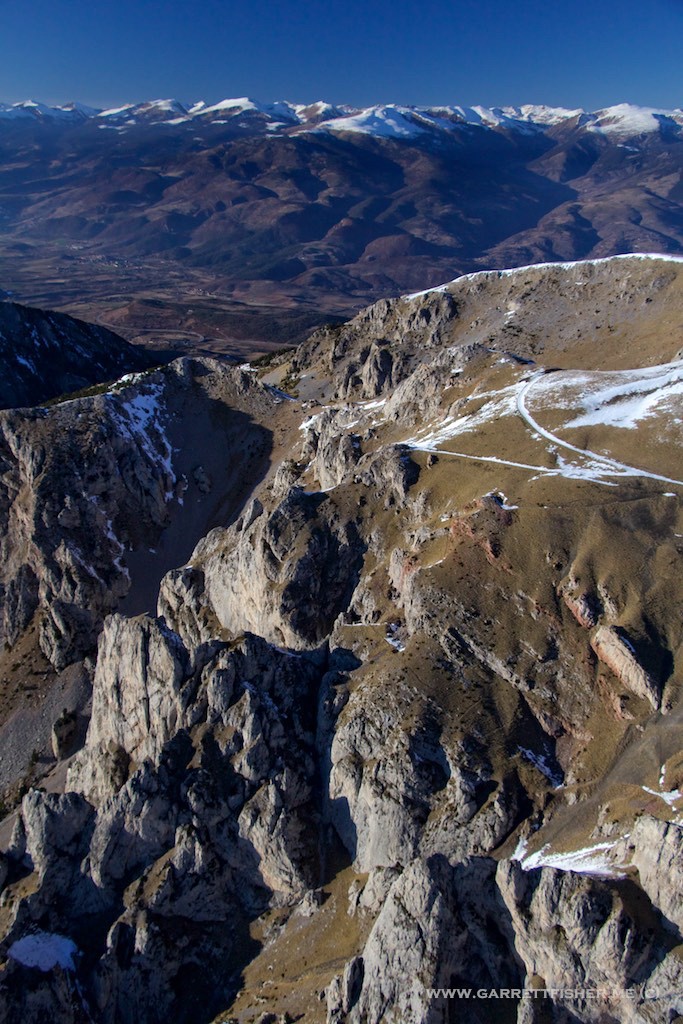 And here is the inversion over La Cerdanya at 5,500 feet. As a lover of clean air, I do not particularly like descending into pre-combusted atmosphere. 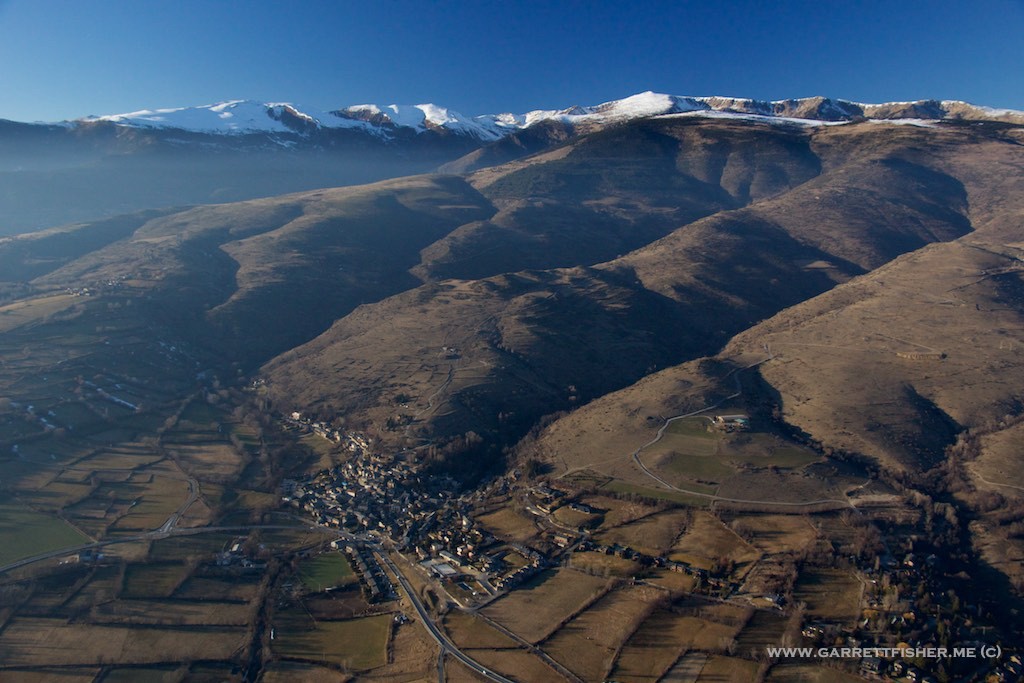