Just over the hill behind the house, there is a national park called Cadí-Moixeró. In essence, it is an aggressive ridgeline that looks like the Salt River Range of Wyoming, at least from below. I figured it was worth a shot to check it out.

As I climbed the ridge over the house (the same one featured in my last sunset post), I laid eyes on Montserrat on the horizon for the first time. Montserrat is this incredible pile of rock most of the way to Barcelona. I saw it for the first time on a boiling hot and hazy July summer day as I was driving from Barcelona airport to the house to preview this whole shindig. Despite the visual discontent and my attendant shock at the prospect of moving from one foreign country to another, I made a mental note: I need to see this bad boy from the Cub. Well, here it is, at a distance. Stay tuned, I’ll get up close and personal one of these days. 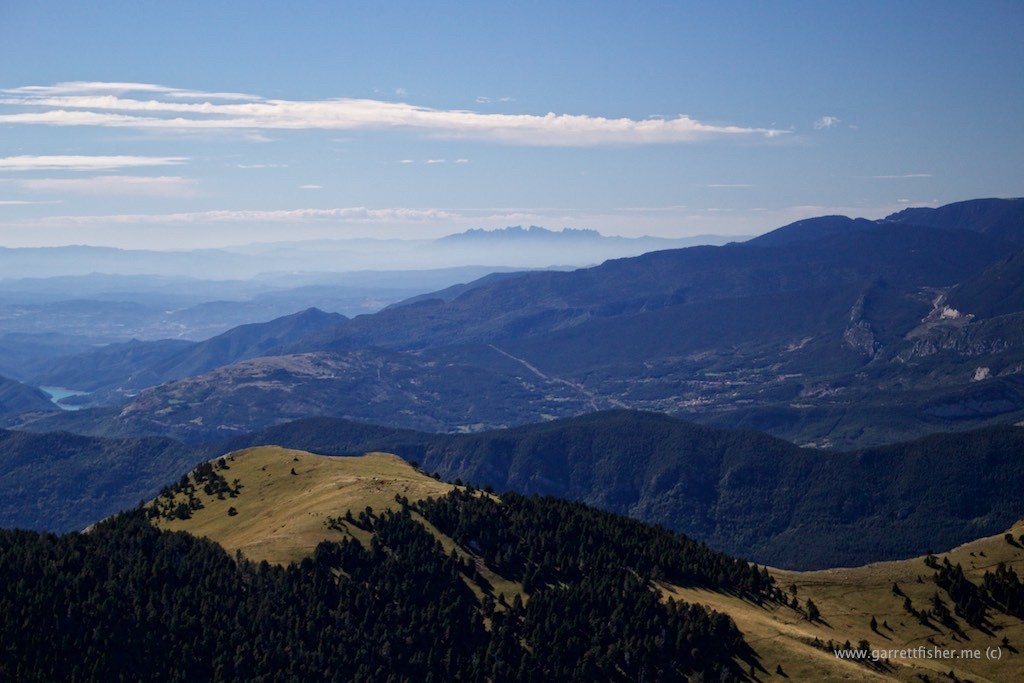 Then I saw something a bit closer. I have now been told it is called Pedraforca. It, too, is a giant pile of rock, though where Montserrat is wide and menacing, this animal is tall and menacing. You’ll see in the photos.

I proceeded down the Cadí-Moixeró ridge, around the other side of it, circled around Pedraforca, over La Massena and La Molina (this winter’s skiing playground) and descended down into La Cerdanya. The amazing thing about the whole flight is how close everything is, and how little I knew of what is hiding on the other side of the mountain.

Pedraforca to the right. I discovered that this exists when I climbed over the ridge below. 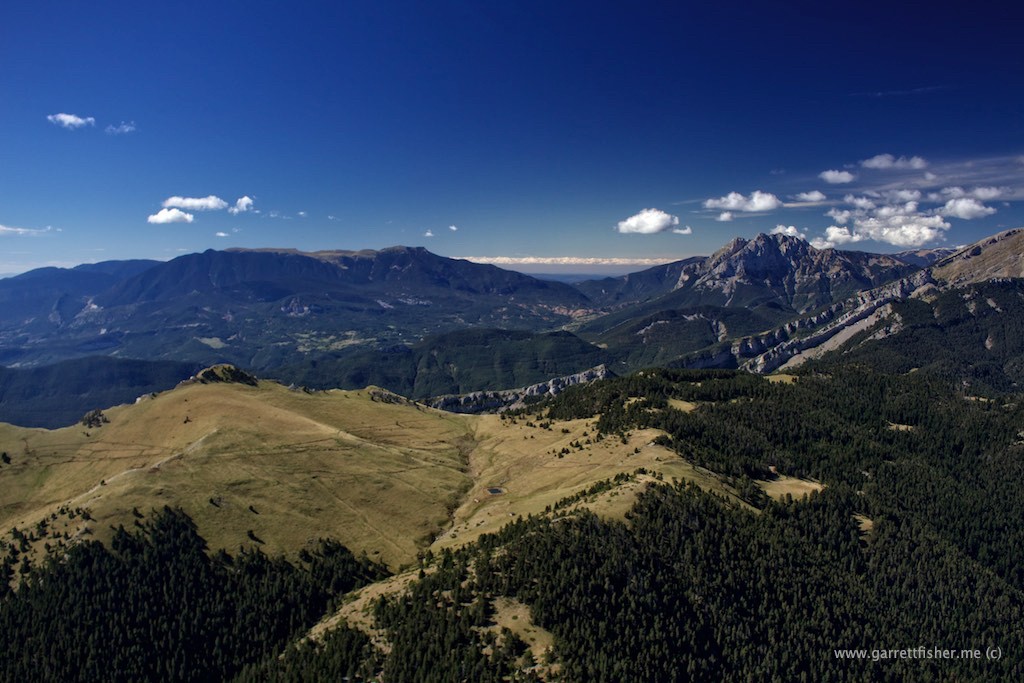 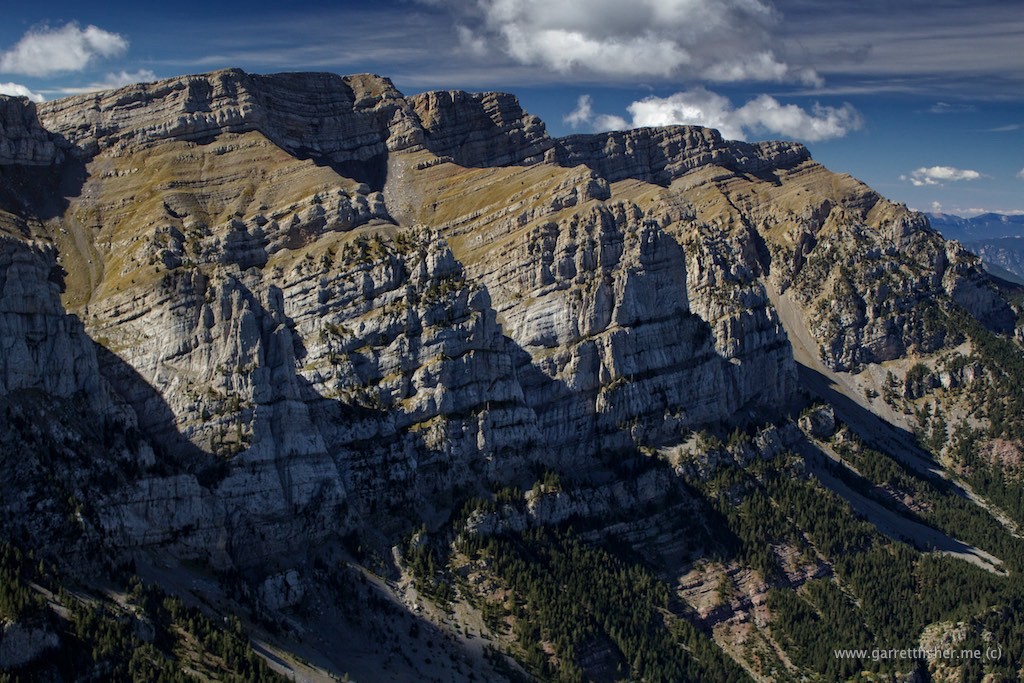 Cadí-Moixeró, other side. I’ll need to take that road down there sometime and check out what it looks like. 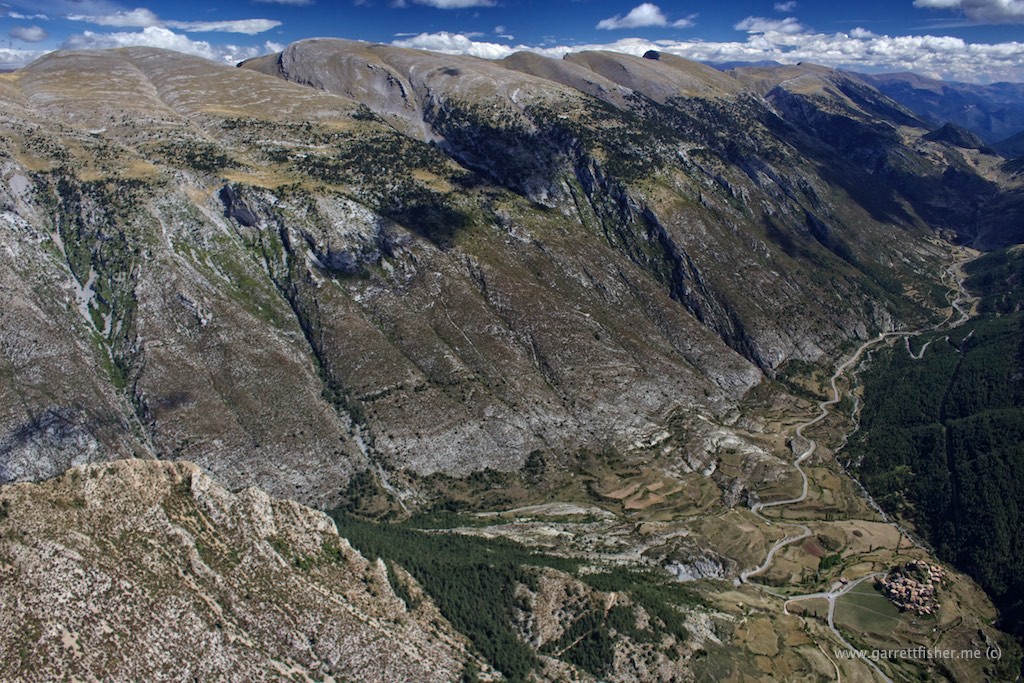 Note how the hay bales are arranged in the upper right quadrant. 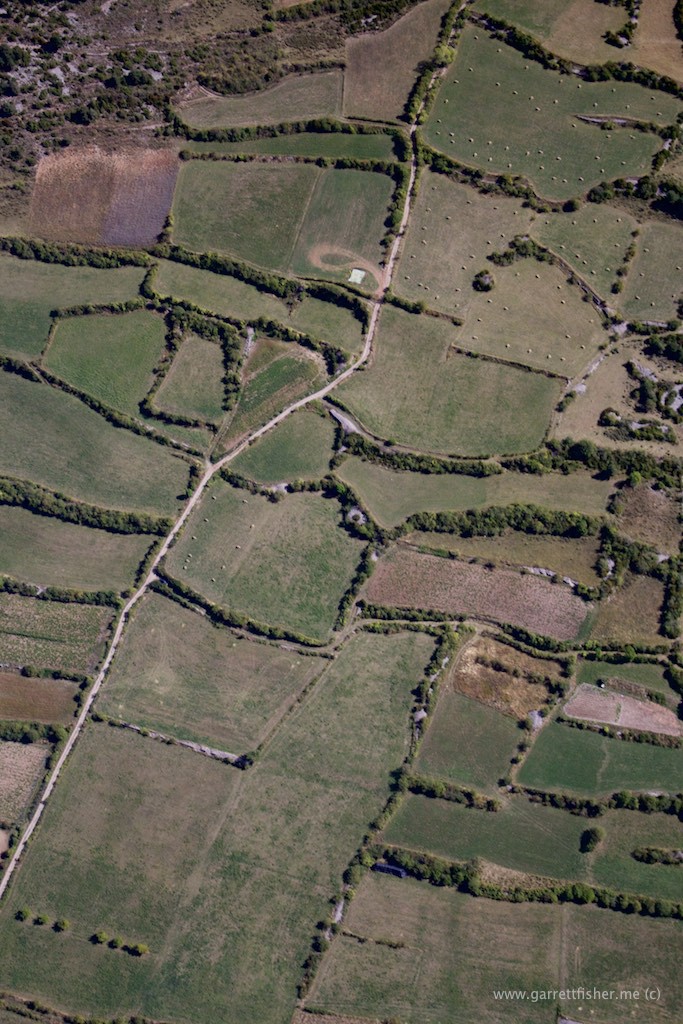 Those hay bales were at the base of this monster. Pedraforca! 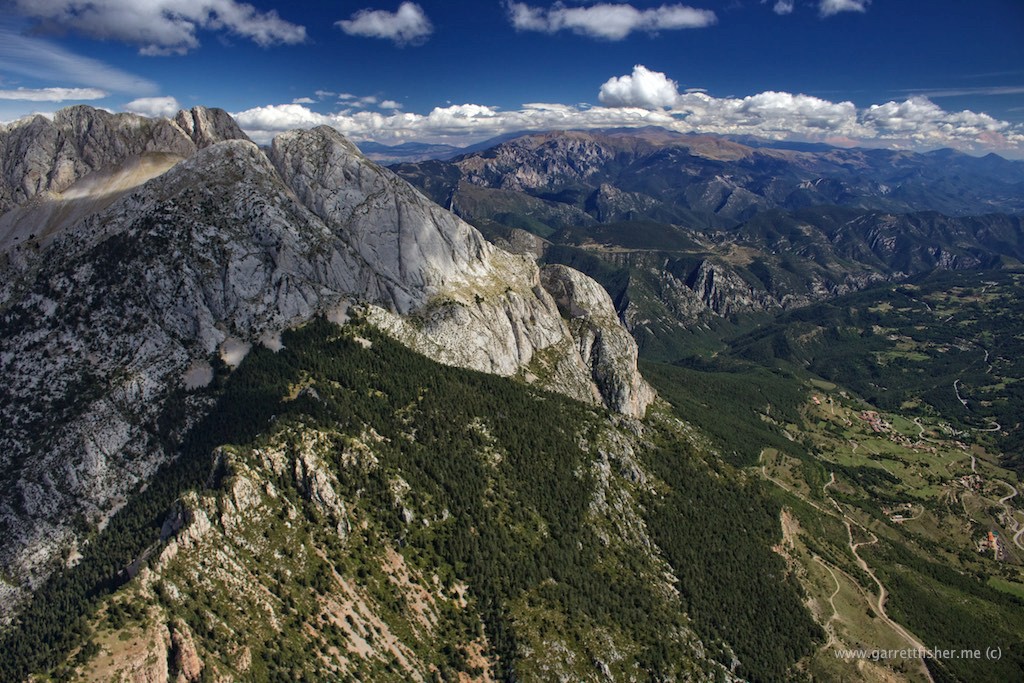 Other side of Pedraforca. 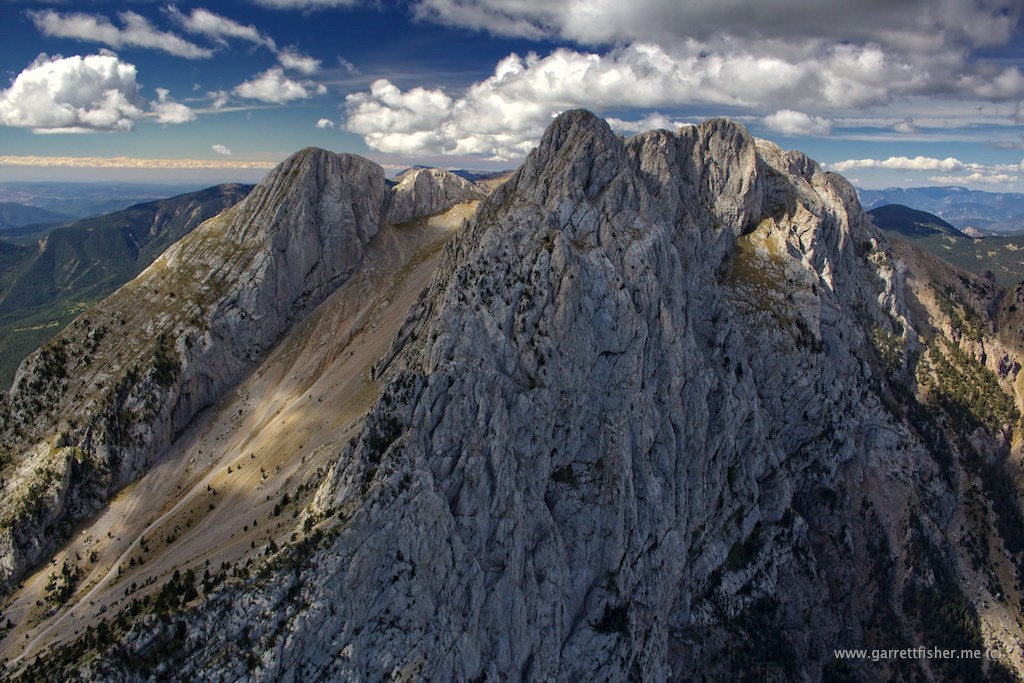 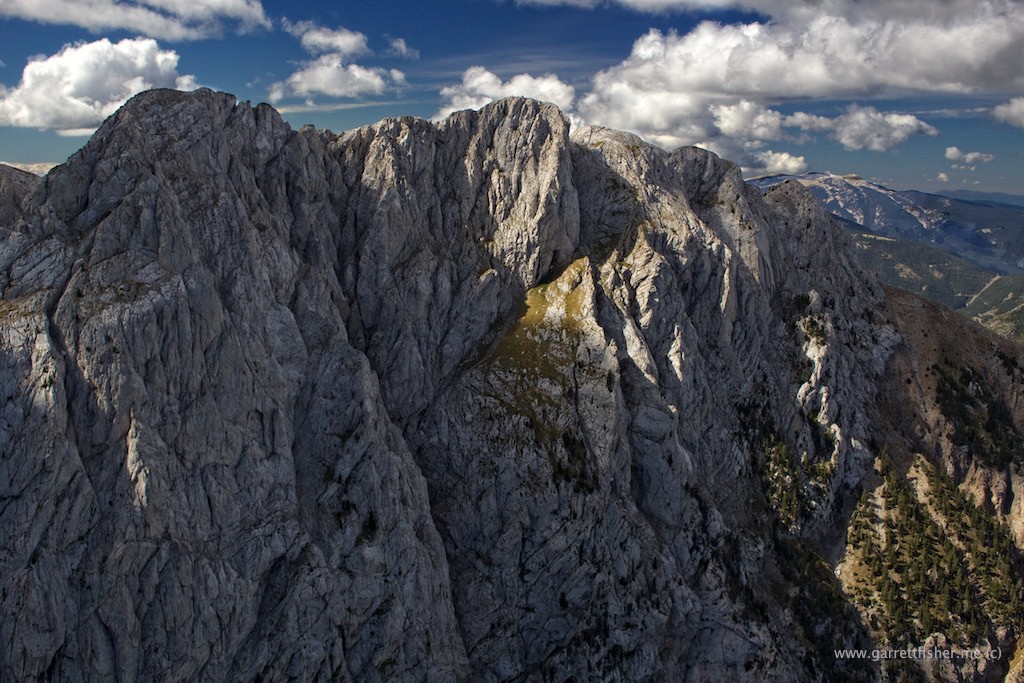 Cadí-Moixeró again. Note the similarities to the US West. Peak elevation is about 8,400′, showing the Pyrenees timberline of 7,500′ quite nicely. 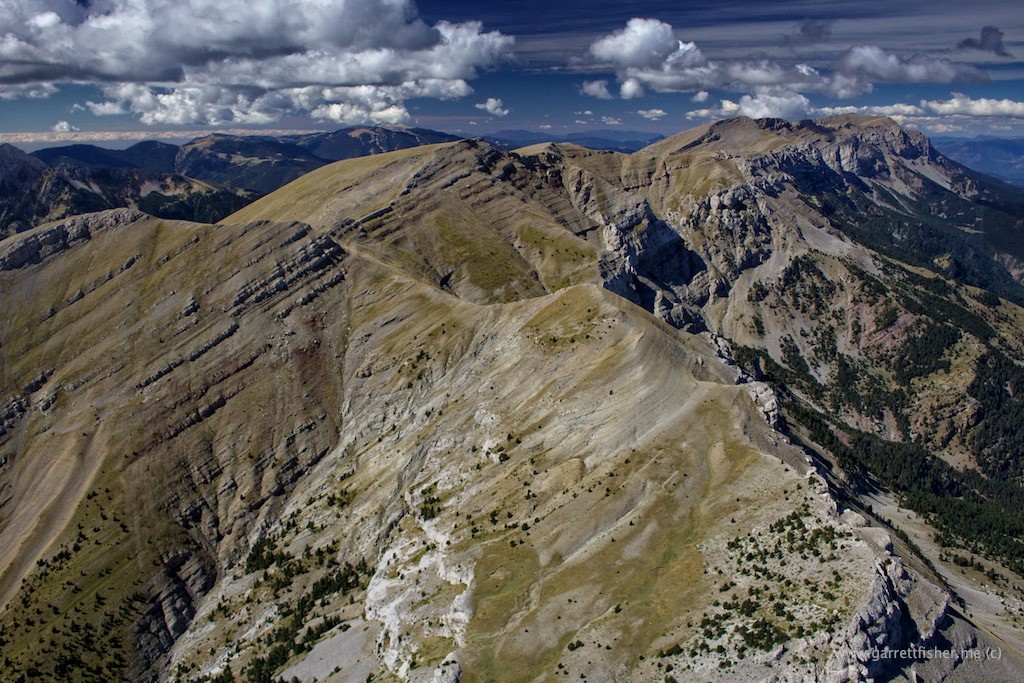 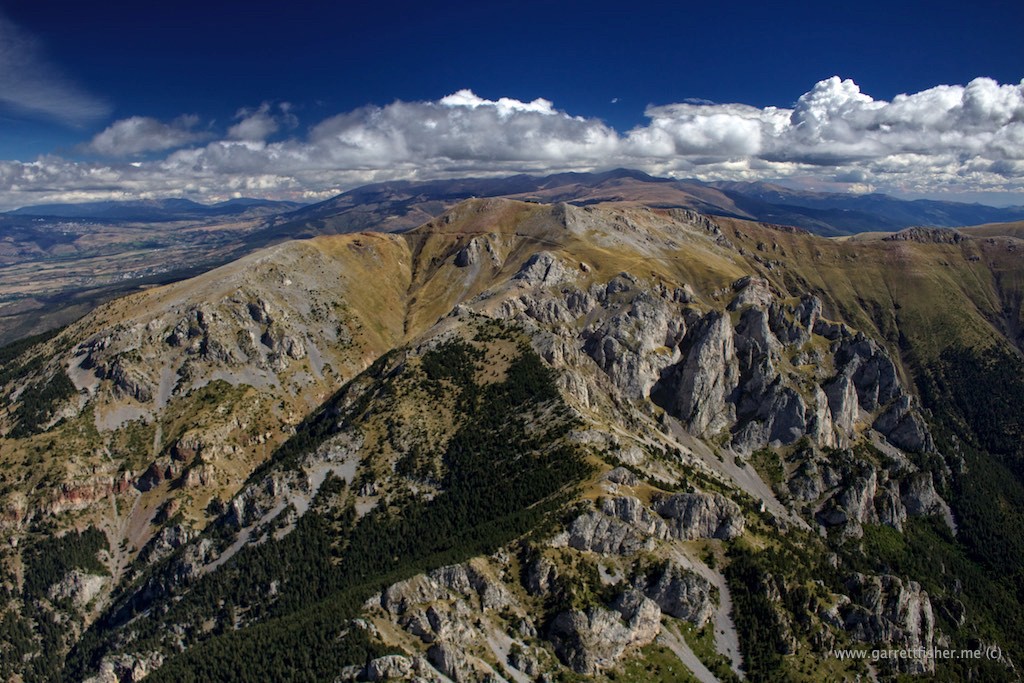 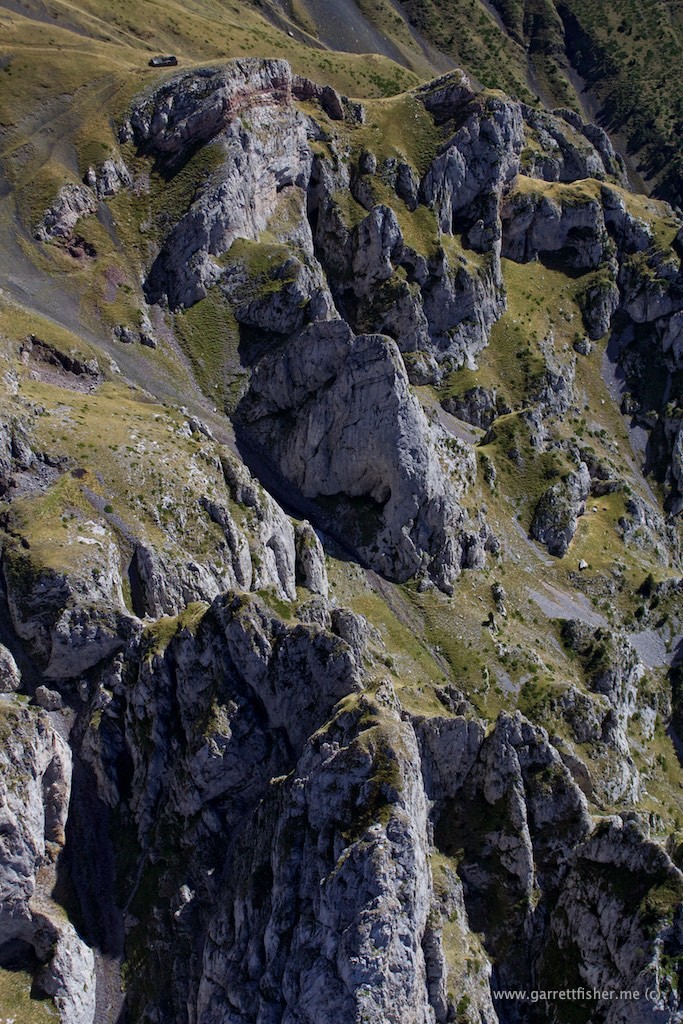 La Molina, looking west. Note the terrace on the center left. That inspired the purchase of a better lens so I can zoom more. Unacceptable that I couldn’t create an image consisting of nothing but those terraces! 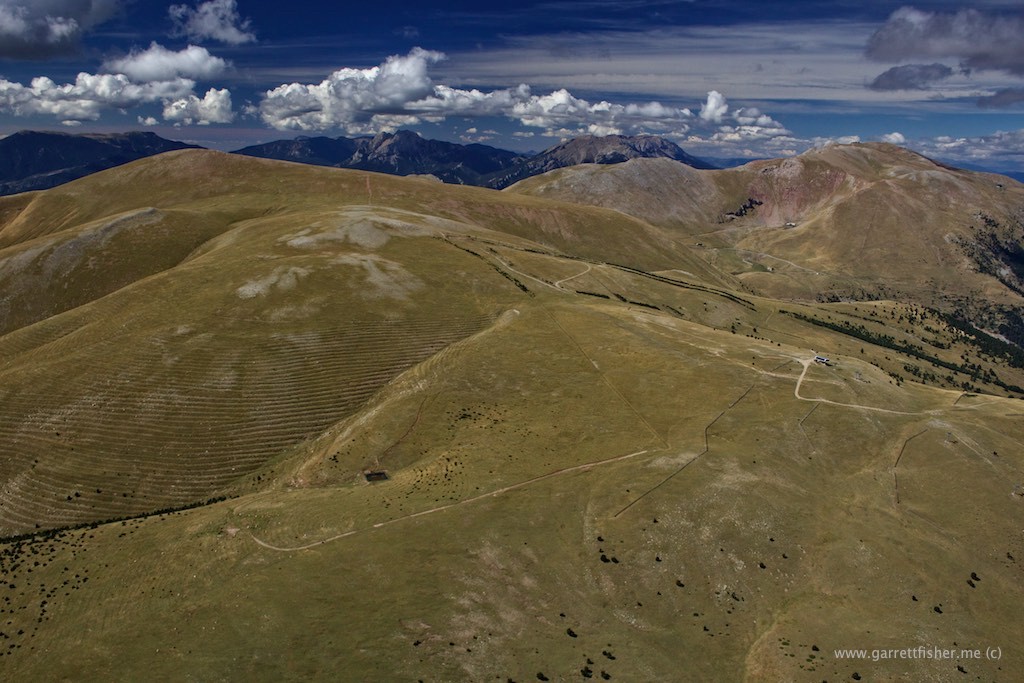