In my previous rantings against the Social Media-Travel-Industrial Complex, the subject of Europe vs America was featured as a differential comparison to rail against vain and simplistic perspectives on traveling here. While that is most certainly true, it belies a deeper philosophy that is applicable irrespective of location.

When I chat with Americans about life over here, their eyes glaze over, heads tilt a bit, and they gaze off toward the horizon, akin to nun in a moment of religious ecstasy. It is as though I am describing the Promised Land, when I am merely referring to an interesting experience that involves a dirt road, a sheep, and a redneck Catalan farmer. How is this such a transcendent experience compared to wandering how a rural road in Appalachian Ohio? Something is seriously off about these spiritual elevations that I am capable of bestowing upon happenstance individuals that I talk [brag] with about living here.

One has to ask if the person finds the dusty Catalan sheep enviable, or if said person wants something new and different from their dull and pedestrian existence. I would venture to guess the latter, that the state of being while exploring something new is that which people wax poetically over, while getting confused and fixating on the location.

This supposition is confirmed by a spatial reality: move somewhere “exotic” and after a while, the exotic place becomes normal, which leaves the person living in an exotic place looking to go out and explore, as the new normal gets boring. Uh oh. Nobody bragging on Instagram talks about this curiosity. Wait. I should stay quiet and keep feeding carefully curated pieces of marketing meat to my blog readers instead….

Photos are the second half of getting the plane from Portugal back to Cerdanya.

Prior evening flight to Toledo, beginning with some glorious Spanish housing near the town of El Álamo. This is not an Alamo that I would suggest remembering. 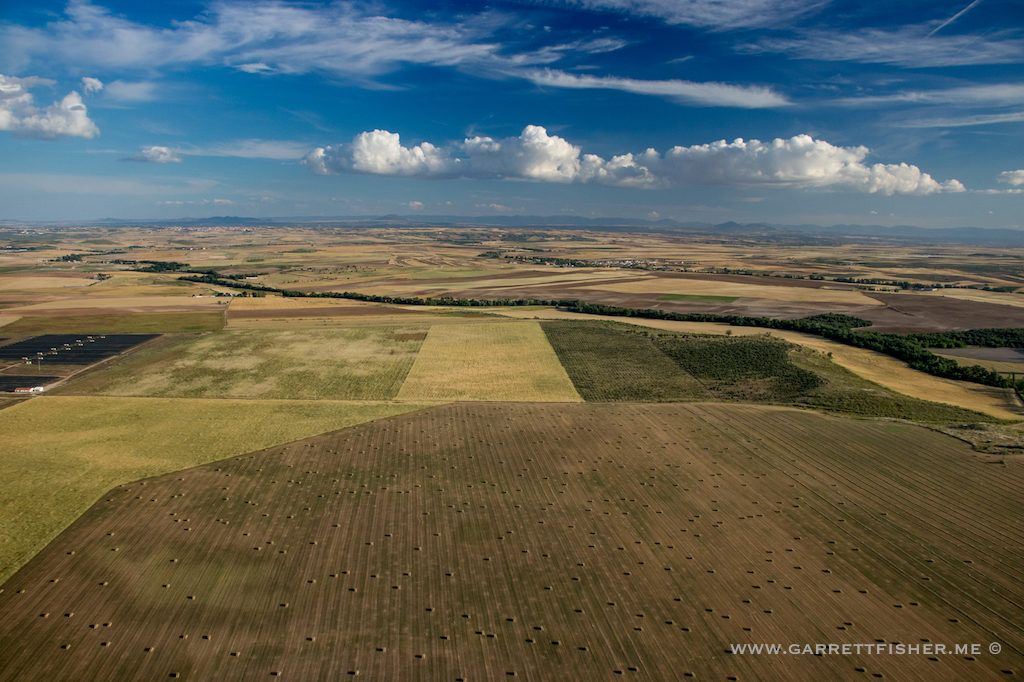 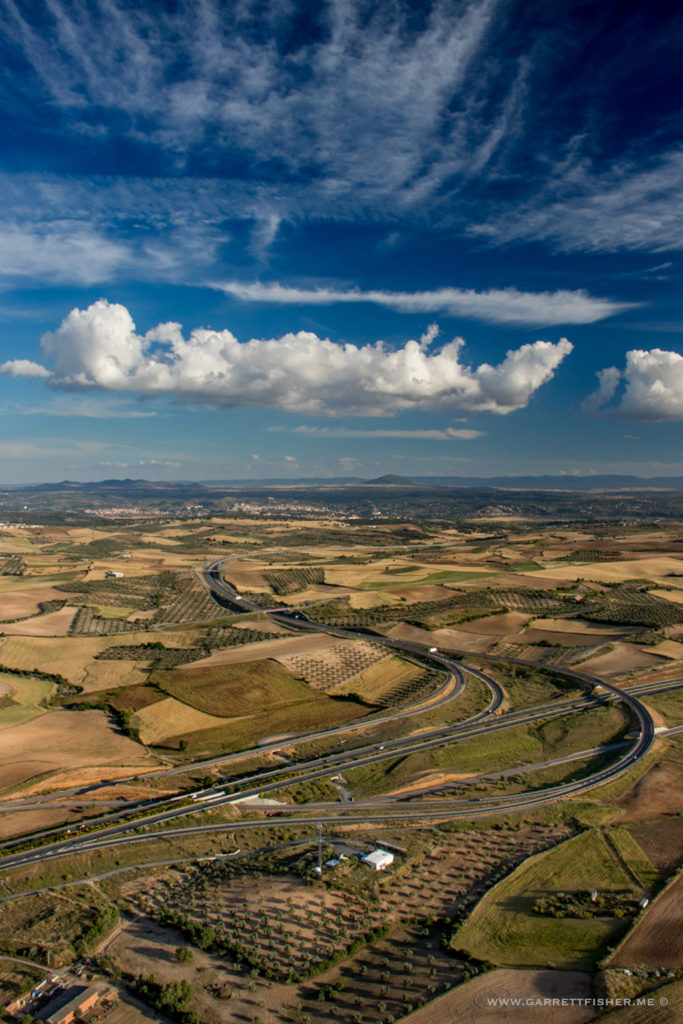 Holy Toledo! This was a phrase oft-used by a rather crass semi-Polish woman that lurked in my childhood. For those that don’t get the double entendre, the photo is a church in Toledo, Spain. 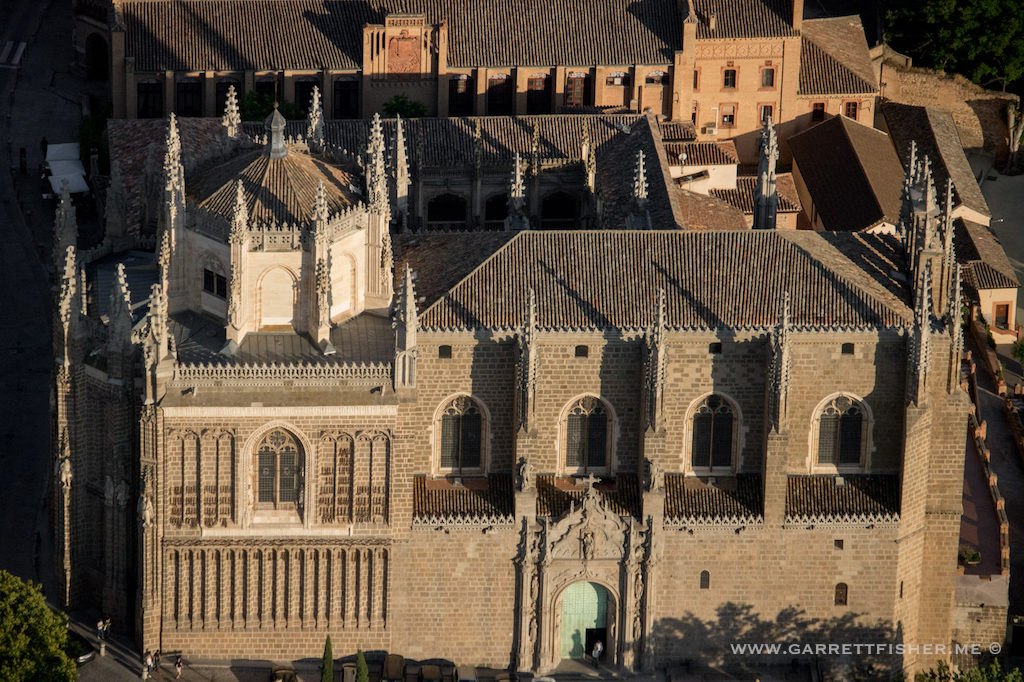 Toledo, the not as holy part. 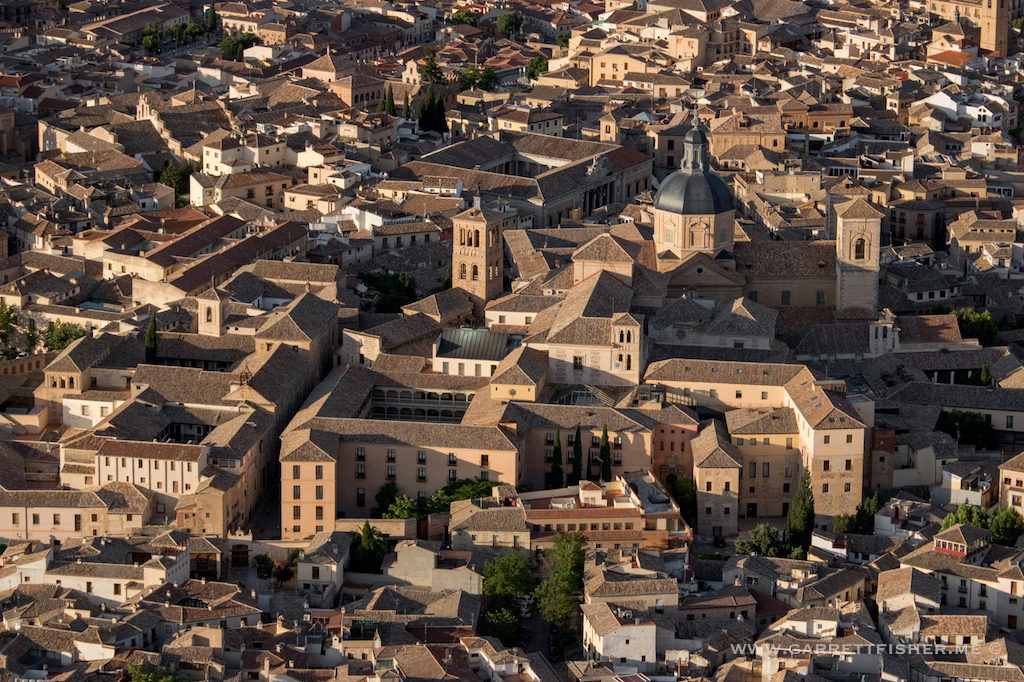 On the way back to Casarrubios. Someone educated me that the clouds on the horizon are “real clouds” and that the cirrus clouds above are chemtrails, though I was not educated on the particular agenda of these “chemtrails.” I adroitly noted that such clouds would represent an astronomical quantity of chemicals to have been slipped into the upper atmosphere without anyone noticing, and his reply was “now you’re getting it.”

The next morning, on the way to Cerdanya. Poppy field.

We could do this two ways: “Some fields in Spain” or “near Colmenar de Oreja.” 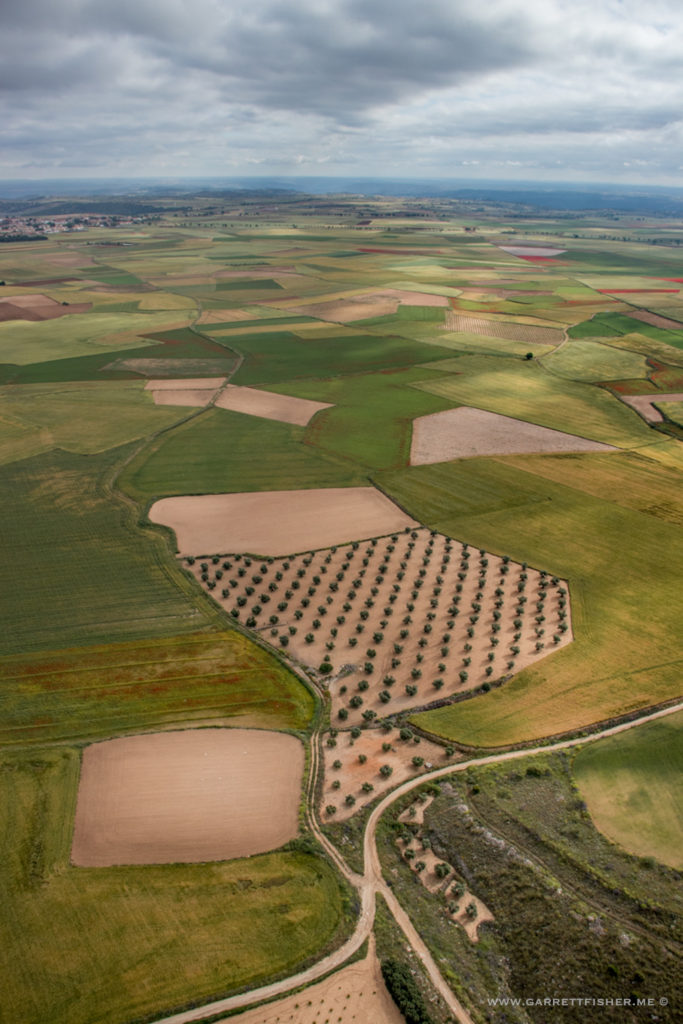 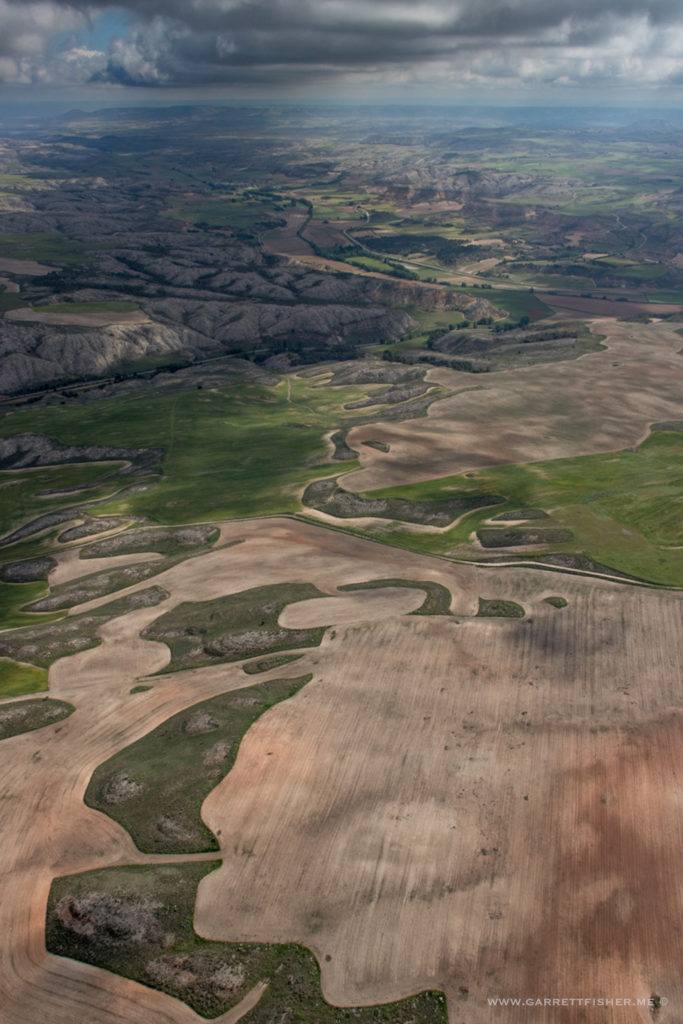 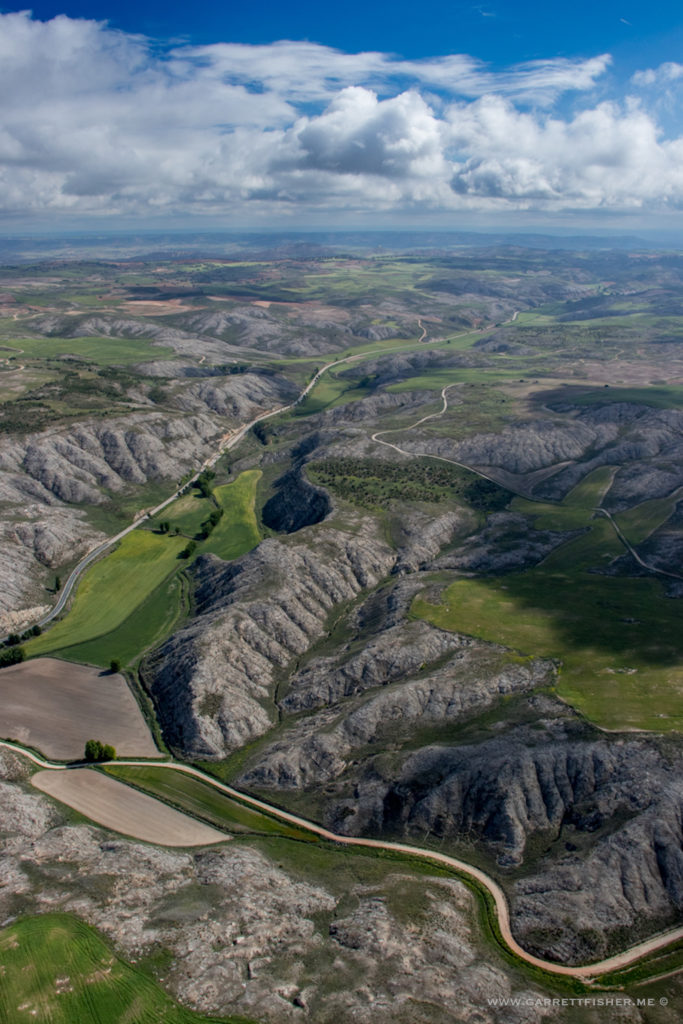 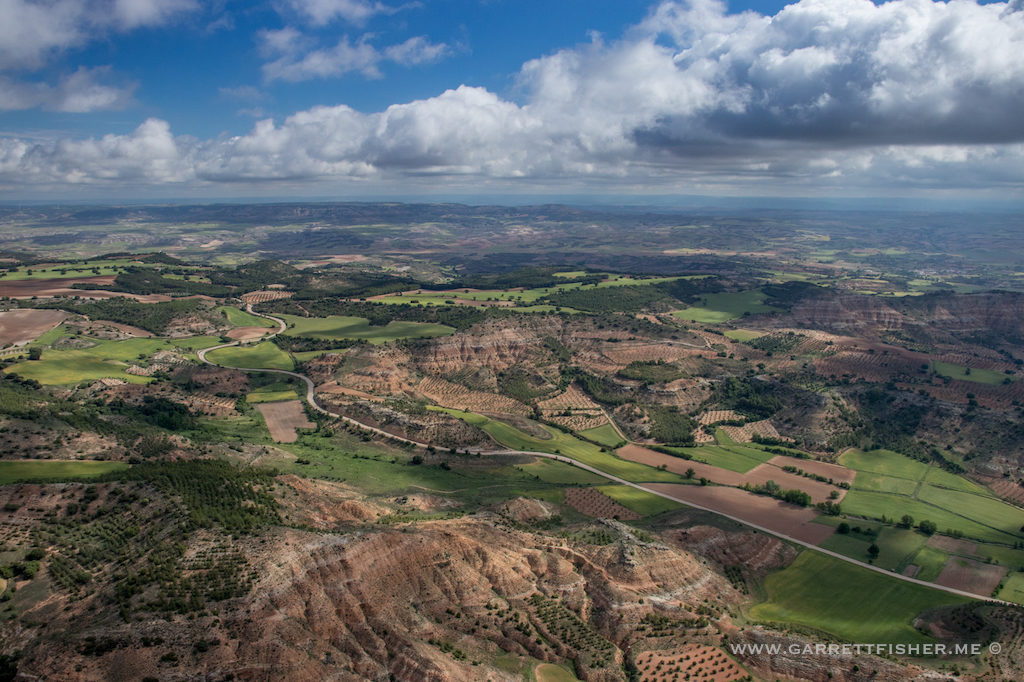 Sheep. Not Catalan though. 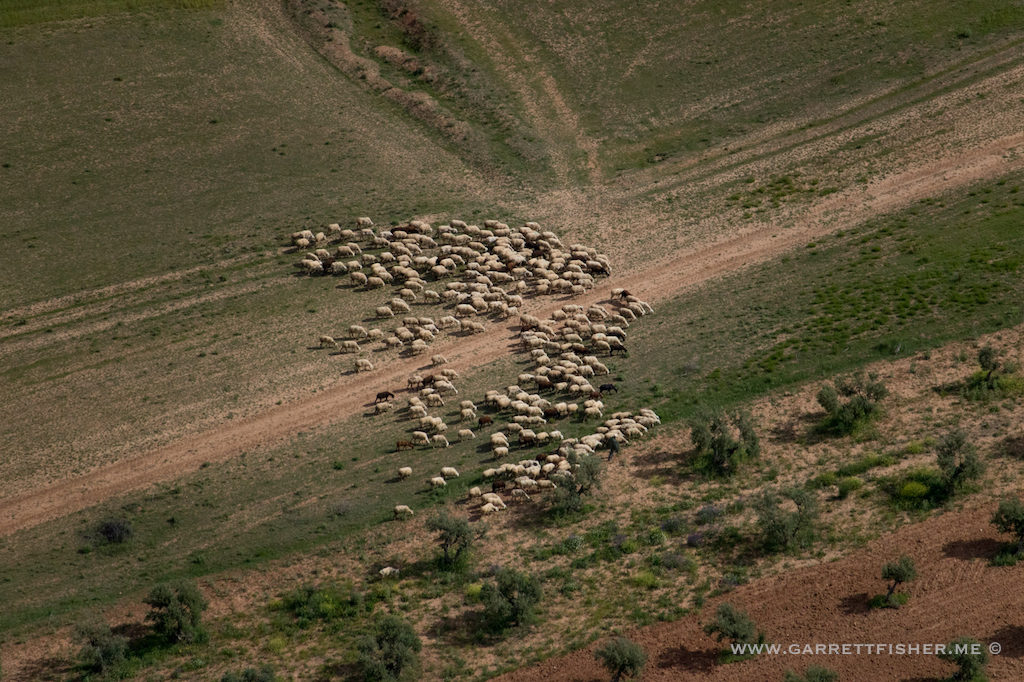 Somewhere near Valdemoro-Sierra. It looks sexier from the satellite. 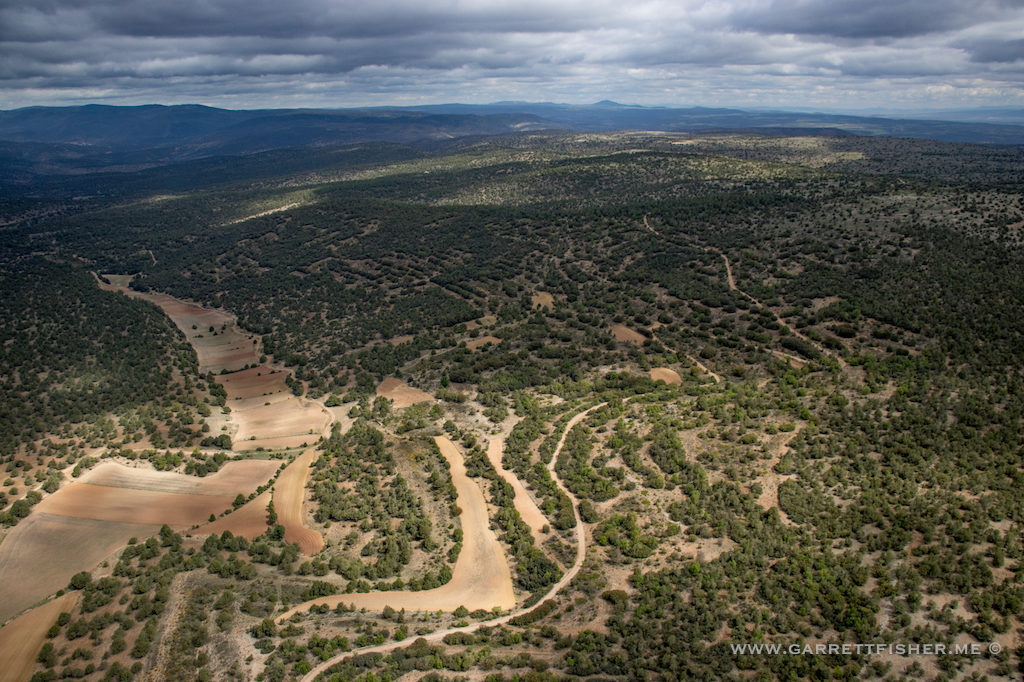 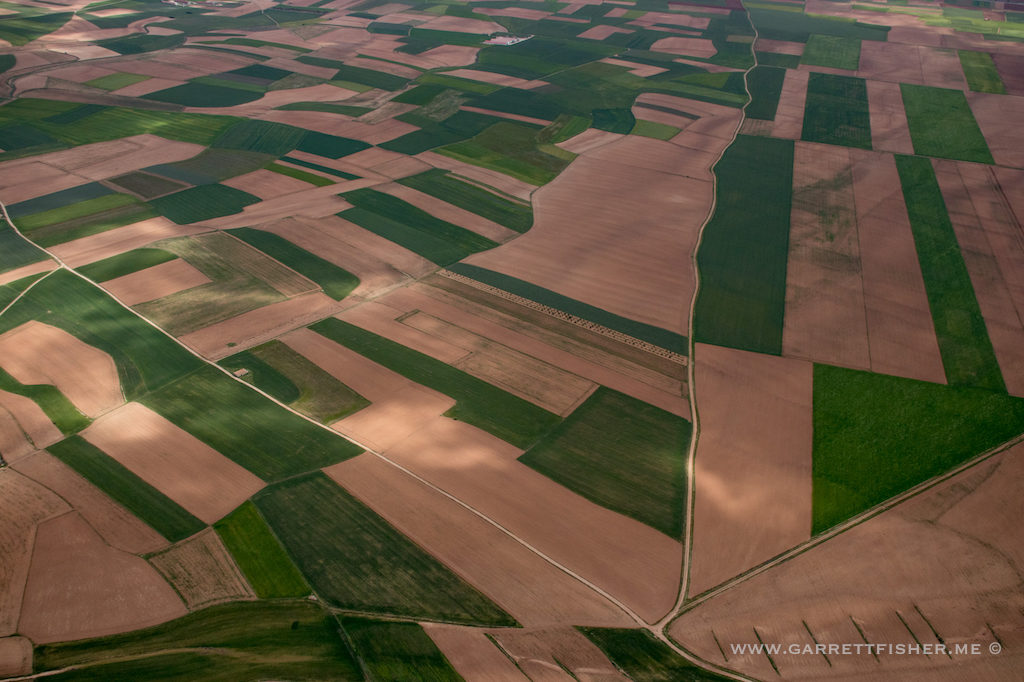 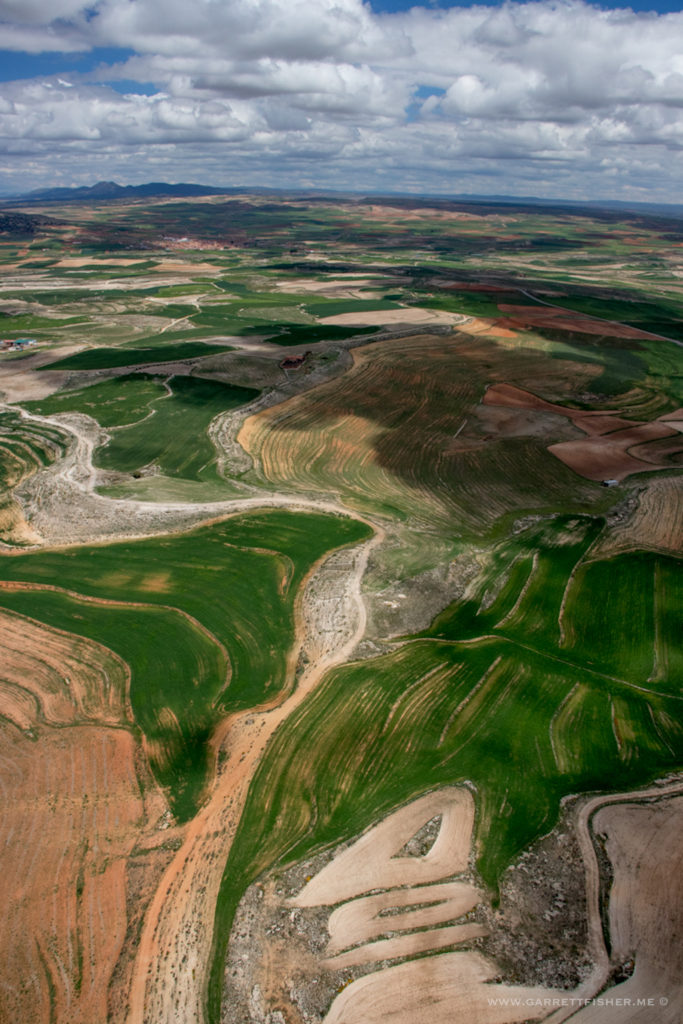 West of Cirujeda. Looks like wood grain though its just dirt. 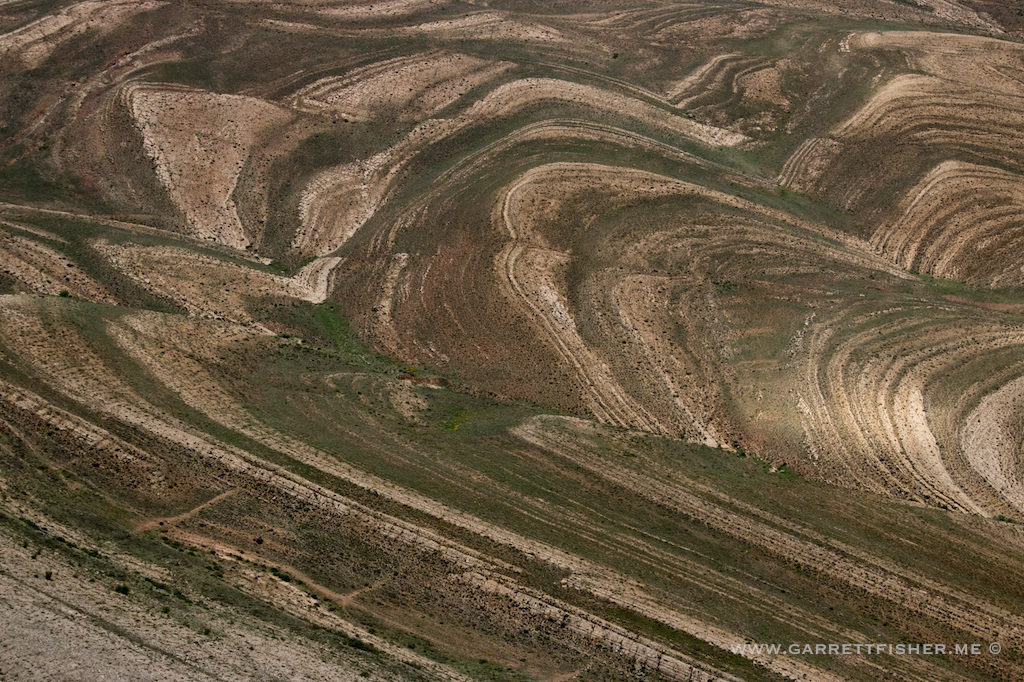 Almost to the Monegros Desert. 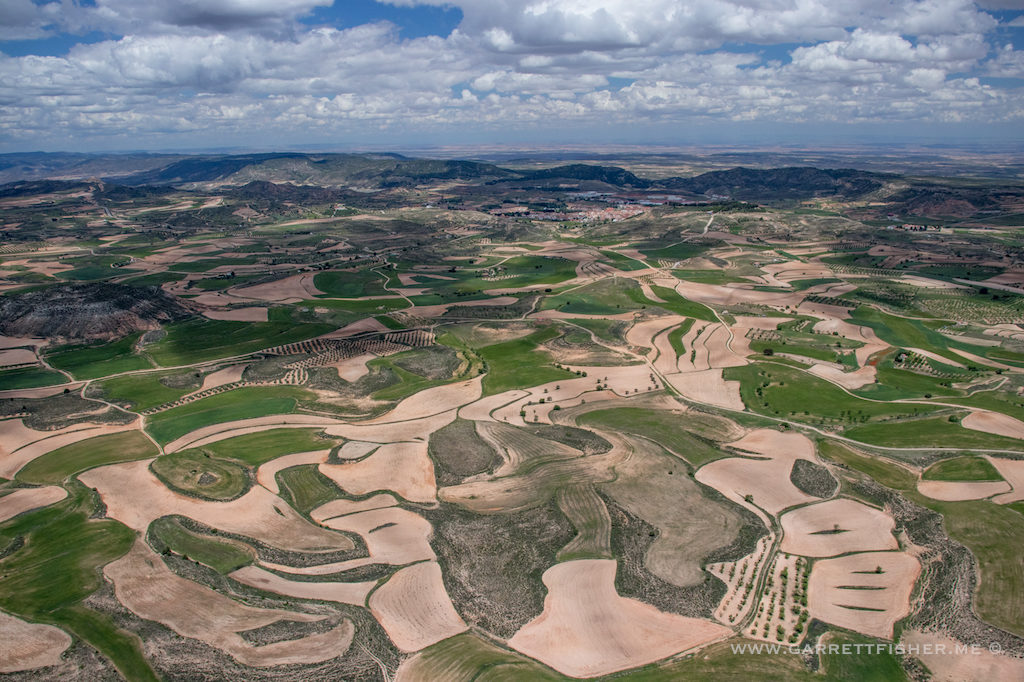 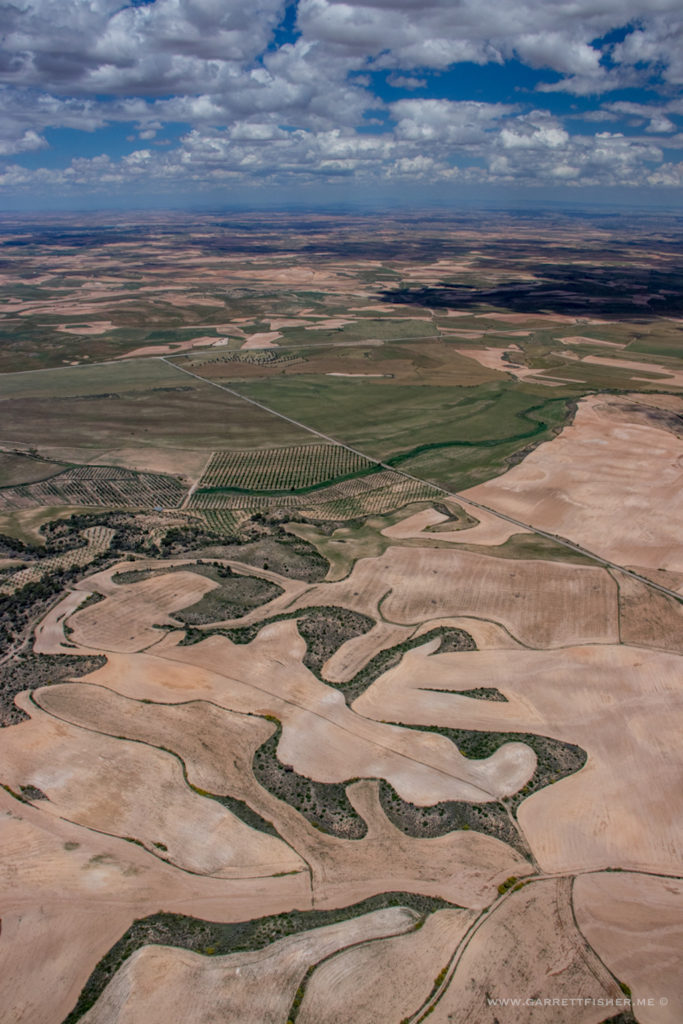 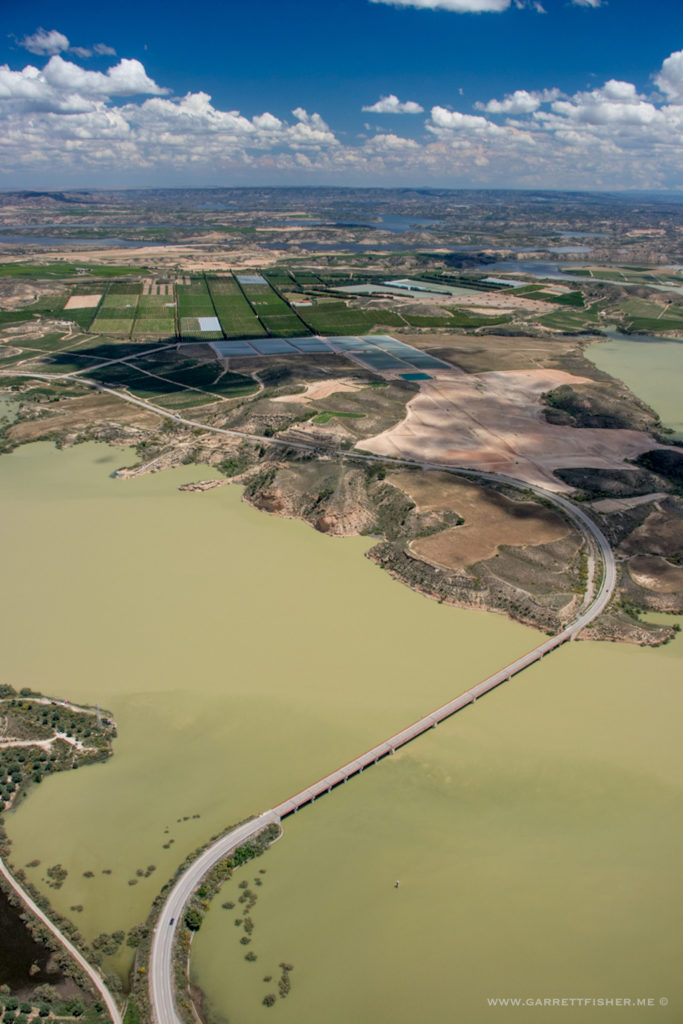 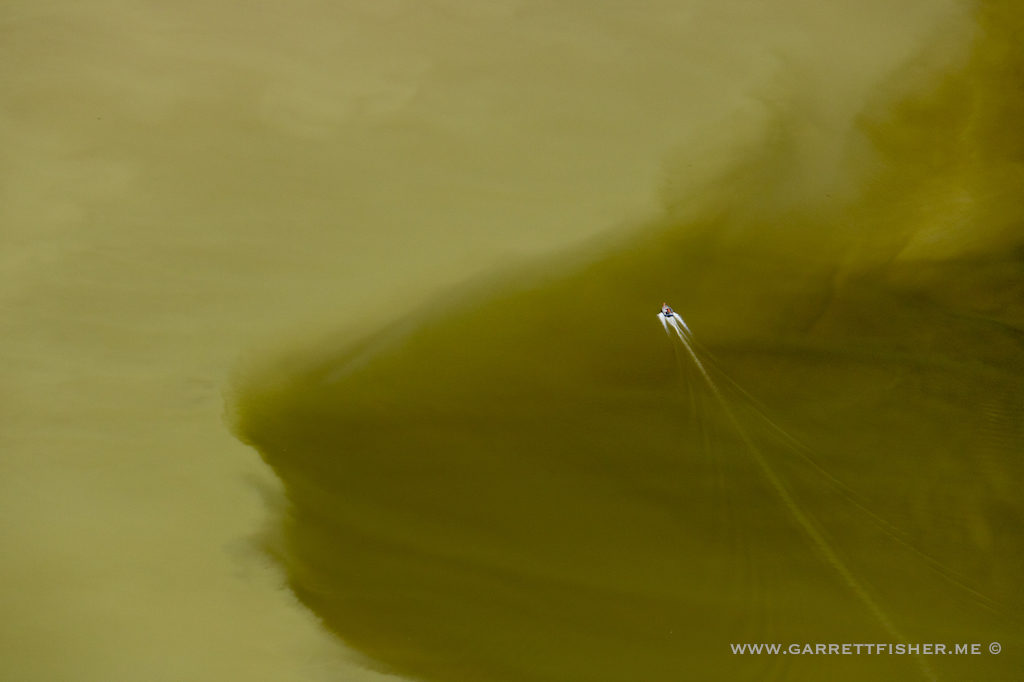 Mequinenza Reservoir, in a section without silt from recent rains. 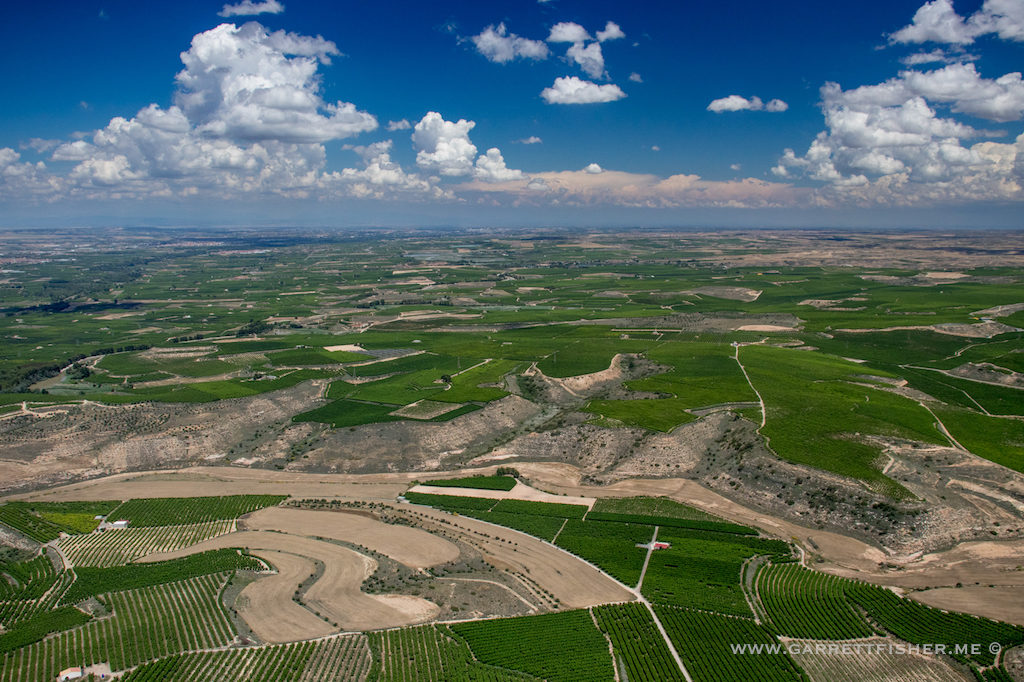 Nefarious section of Catalunya that has an inversion for half the year. 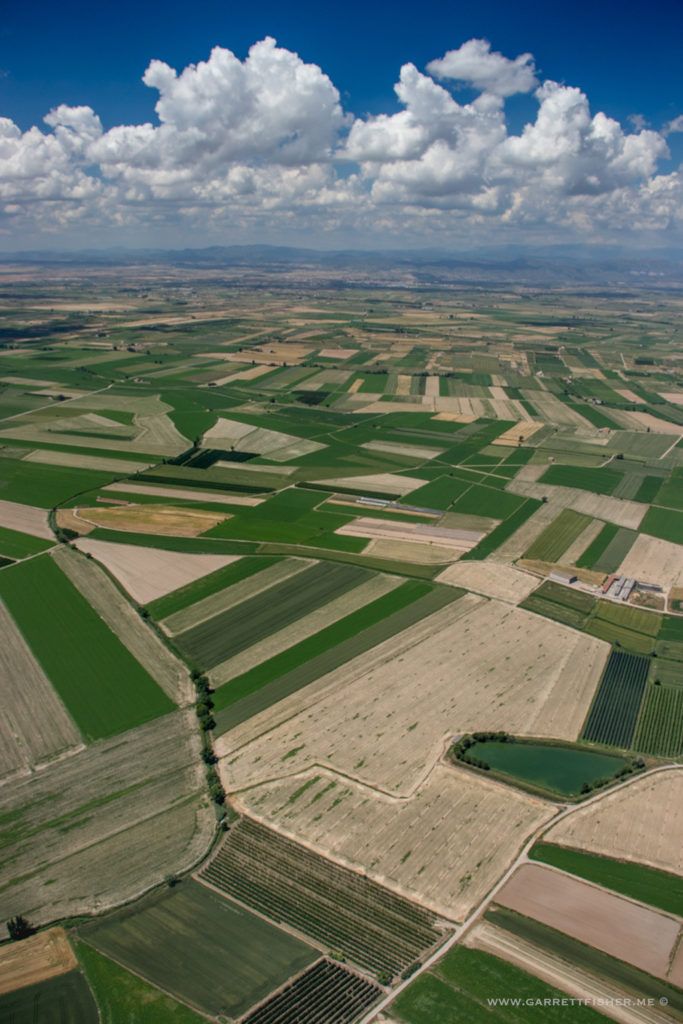 Approaching the Pre-Pyrenees. It feels good to be back! 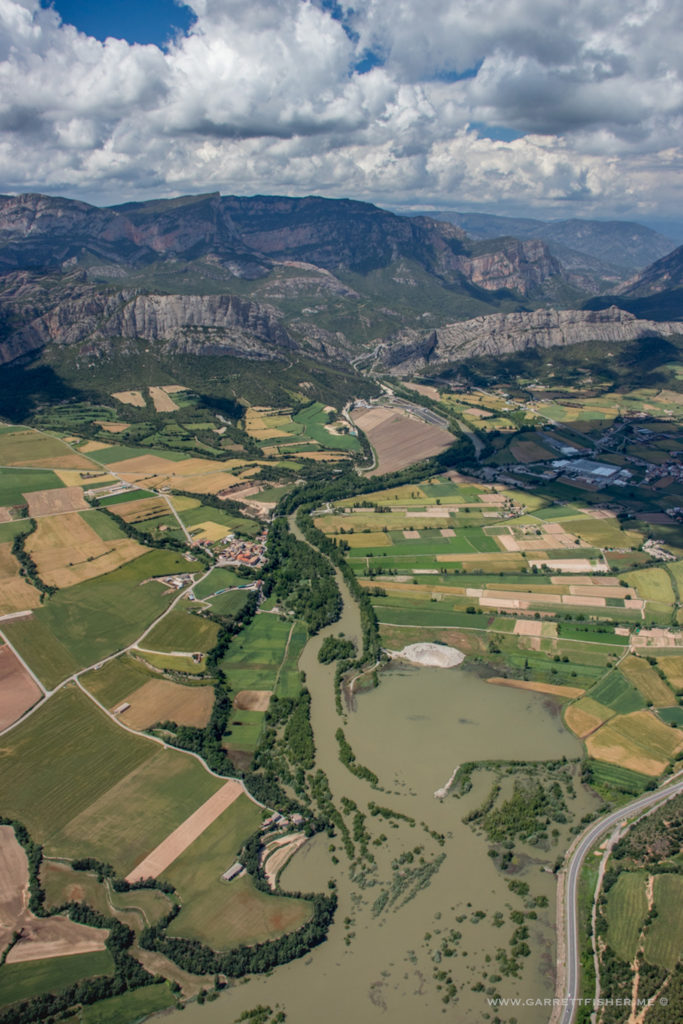