Life, Liberty, and the Pursuit of Photographs – Episode II

I have finally been asphyxiated by my own creativity. There are months of glorious flights back in Catalunya that I haven’t blogged about, and in the spirit of all things Iberian, I have decided I don’t care. I’ll eventually publish something. In the meantime, I am compulsively flying around Portugal whenever the sun comes out, so below are some photos.

As for the much promised second installation of mania, this one features whimsical musings over regional differences in geospatially-influenced travel and lifestyle decisions. The whole idea started with this maniacal quest that seems to surround my photography these days. There is this looming cloud of black doom hanging overhead. No, it is not the resigned pessimism of engine failure (that’s just a gray cloud); rather, it relates to the idea that “it is unlikely I will be here again in the Cub, so I may as well seize the day and go flying.” One would ask, “Where is here?” and the answer is that “here” is anywhere I am in Europe. Is it logical to assume that I will set foot again in Portugal with the Cub, or anywhere else I go? Probably not. Enter Germanic heritage with its associated nonsense about thrift, work, and value maximization, and now we have a recipe for a fanatical obsession.

That got me musing on the fact that I did not feel that way in Wyoming, where I did my highest concentration of flying in one year. Granted, once the decision was made to move to Germany, there was some hysteria to finish a long list of projects; however, the existentialism of Wyoming is not a deluded hysteria by any means: not for me, not for those who live there, and not for those who visit briefly. Wyoming and the West is about nature and exploration and the process of it. Few are in a mad rush to bucket list their way through natural monuments; they are usually so enchanted that they stop in the middle of the road and gaze at their surroundings, without any cognizance of the other humans around them.

Contrast that to Europe. Americans that visit Europe on vacation specifically do bucket list their way through overtly common lists of tourist hellholes, traveling at absurd speeds, trying to see it all. Why? Probably it has something to do with the idea that they won’t be there again, so why not see it?

It is strange to think of Spaniards being carefree in Spain, Americans being enraptured by nature in the West, and Americans acting like lunatics in Europe. Do Europeans scurry around the USA on vacation? Possibly. They often report seeing more sights than Americans have seen in America while on a mere three-week vacation.

What’s the lesson here? I don’t know; this is a blog, so I just ramble. I thought the lesson was to slowly massage the minds of my eager readers into buying my books. 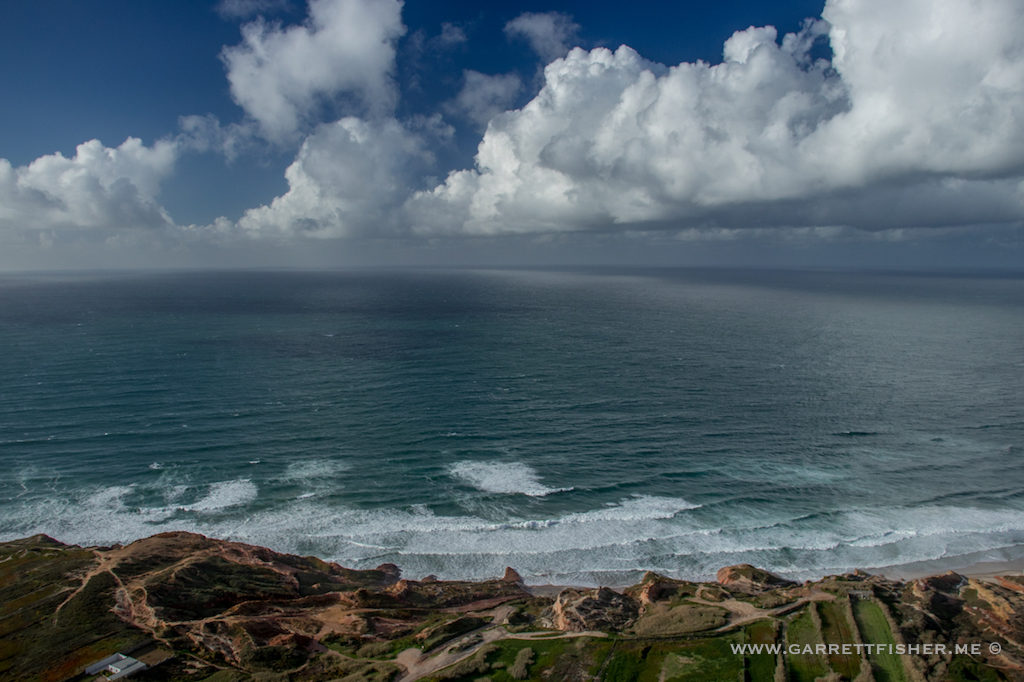 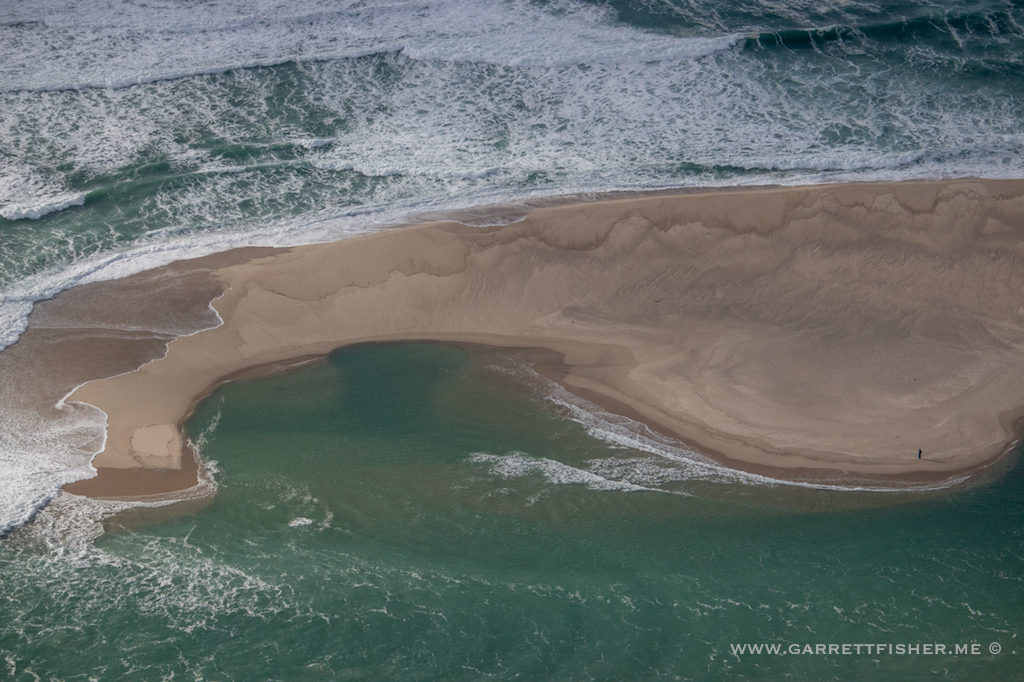 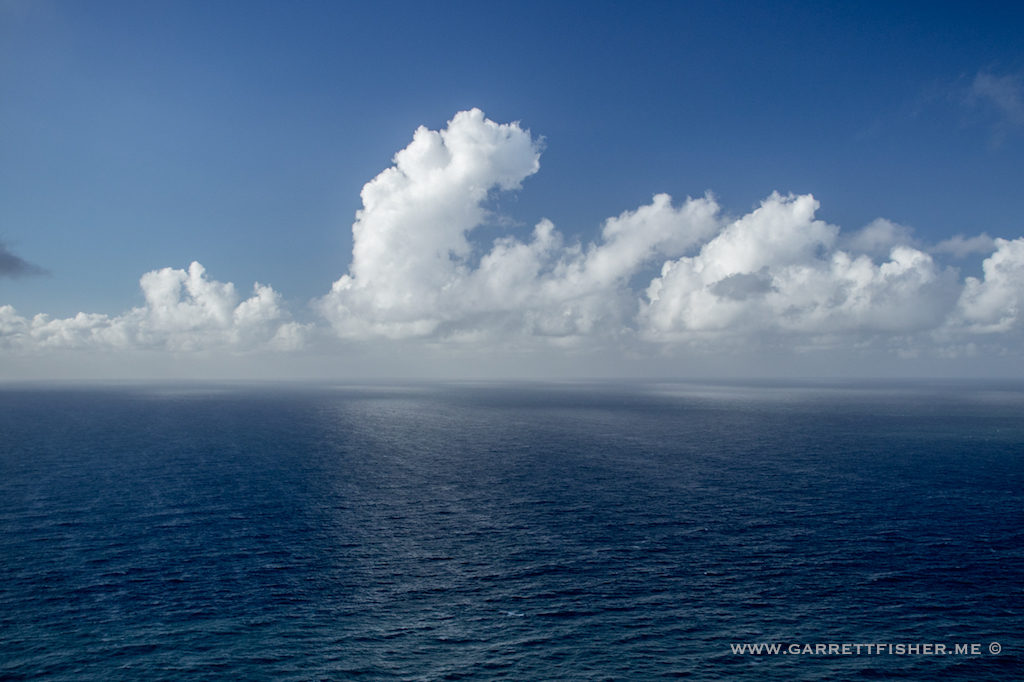 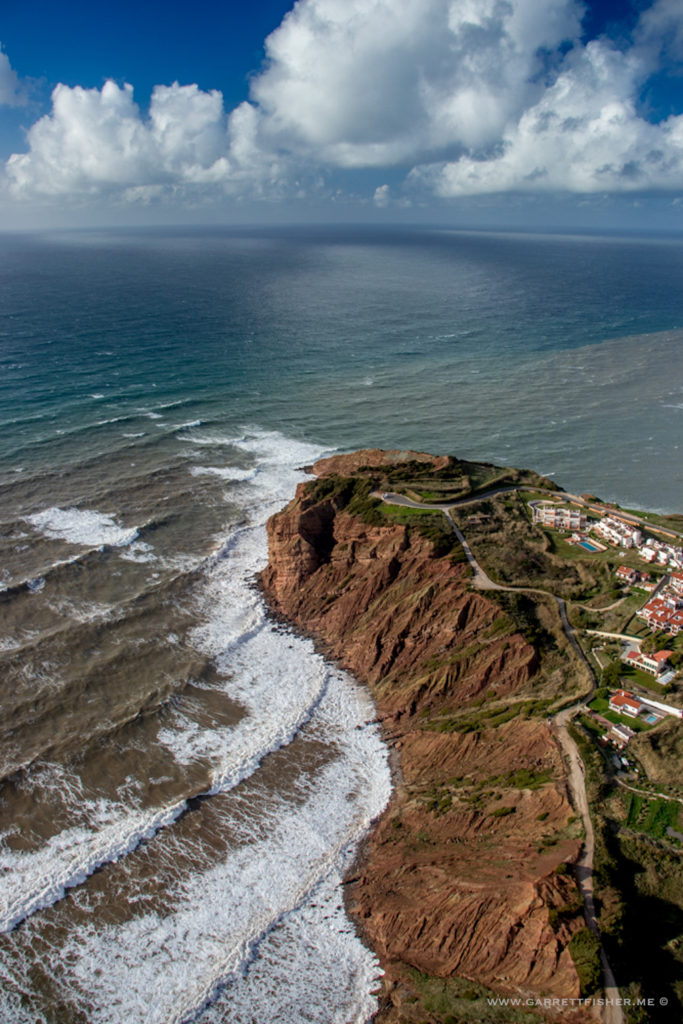 Nazaré, home of some of the biggest waves in the world (up to 100 feet). Obviously not happening today. 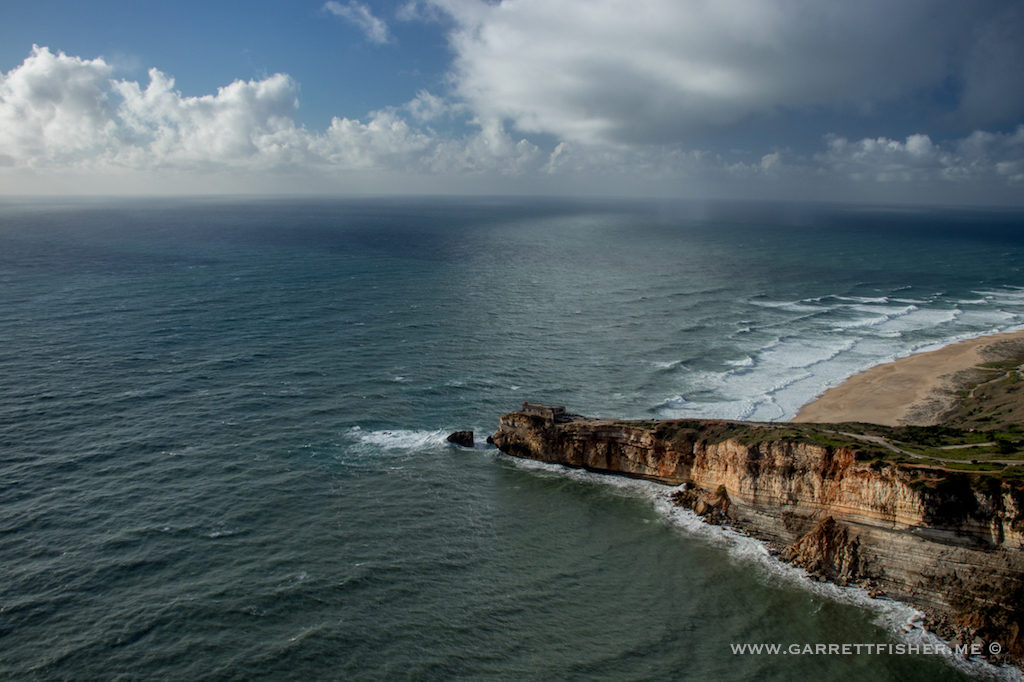 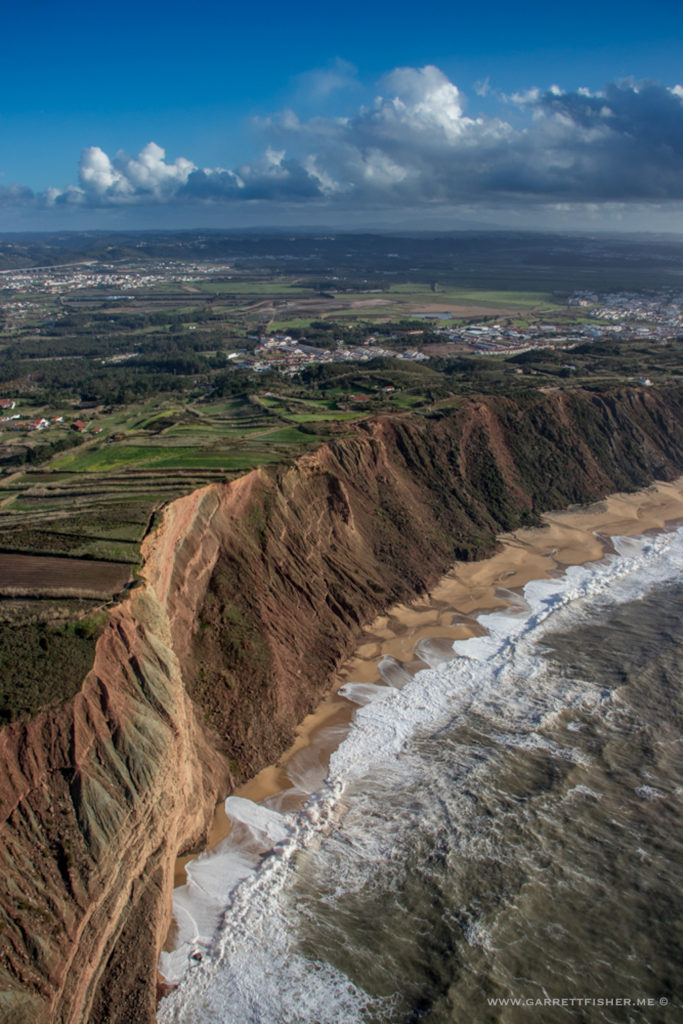 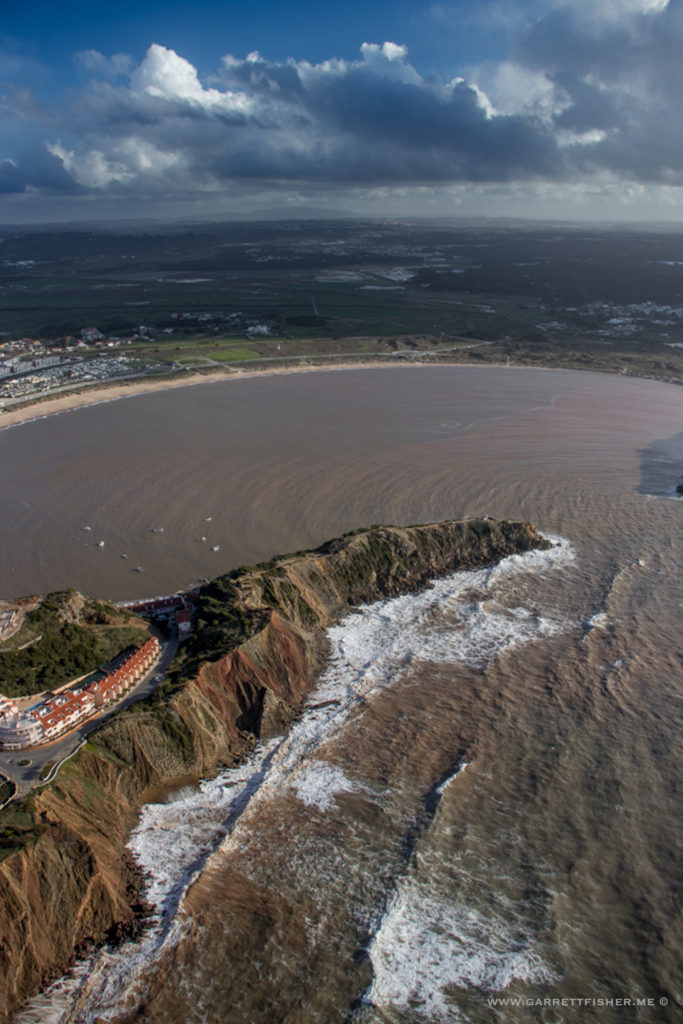 Salt spray. It comes all the way up to my airplane at 800 feet above sea level and coats it in flight. 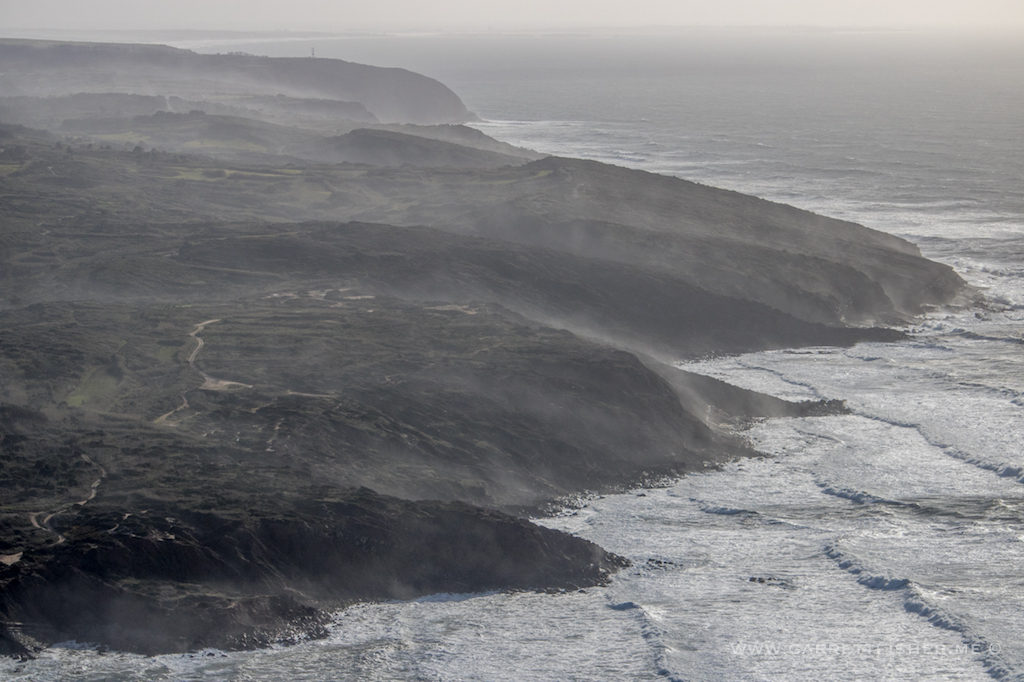 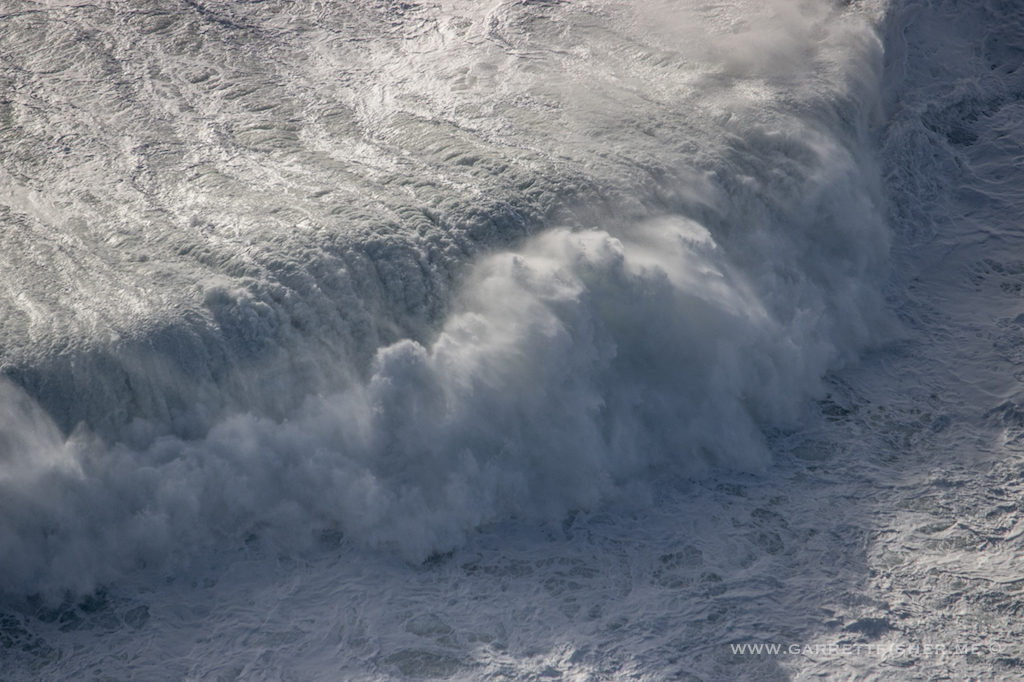 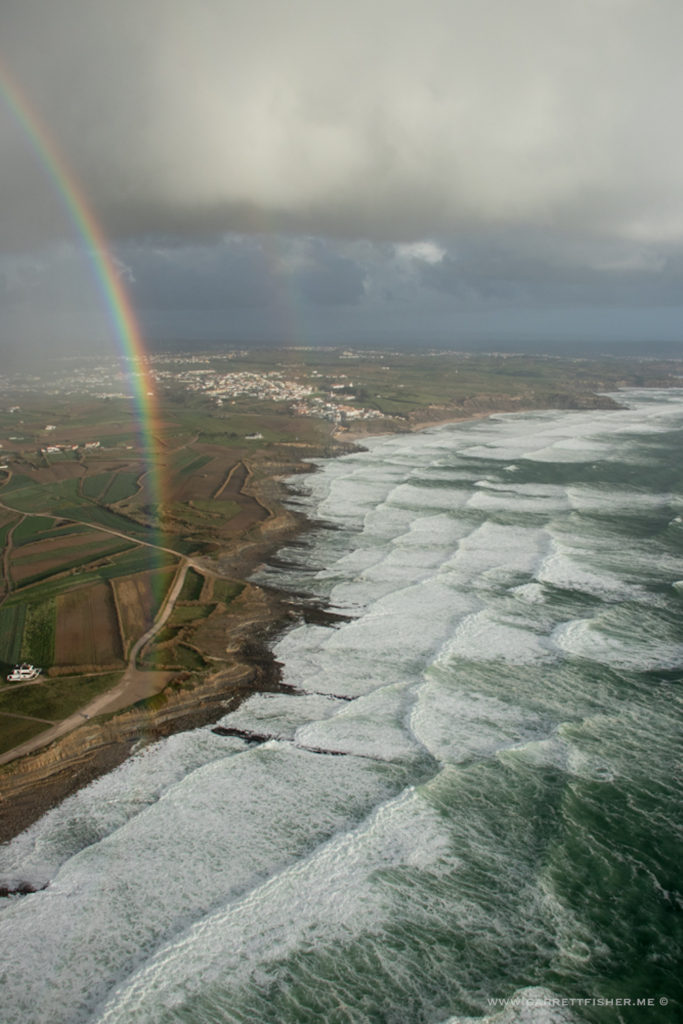 Border of Leiria and Lisbon District. Districts are the closest thing to provinces in Portugal. In my opinion, it looks like Ireland this time of year. 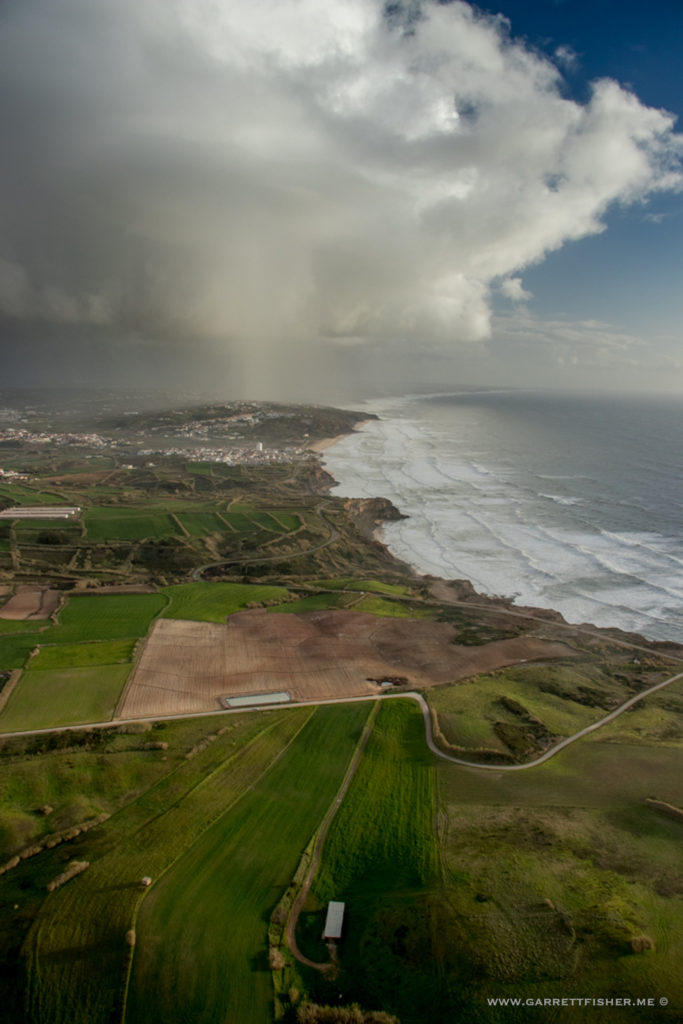 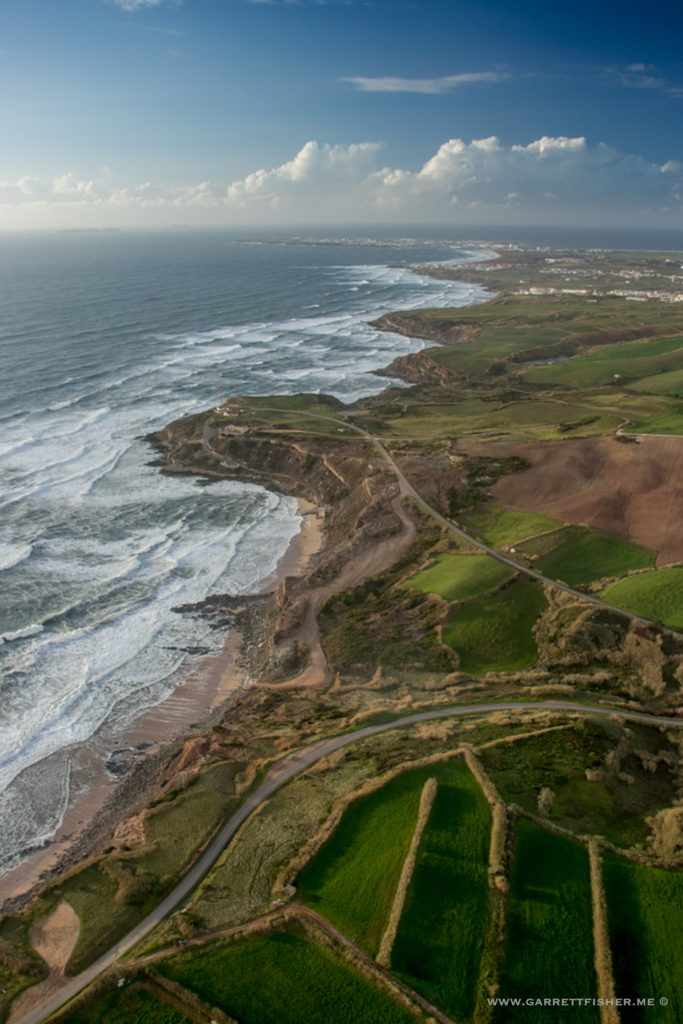 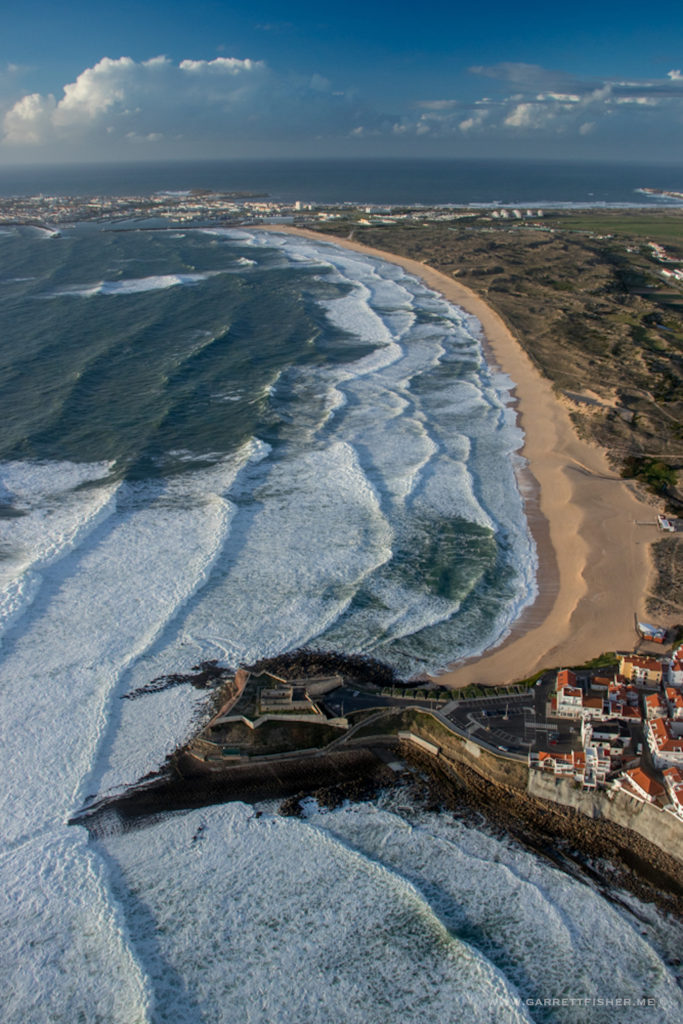 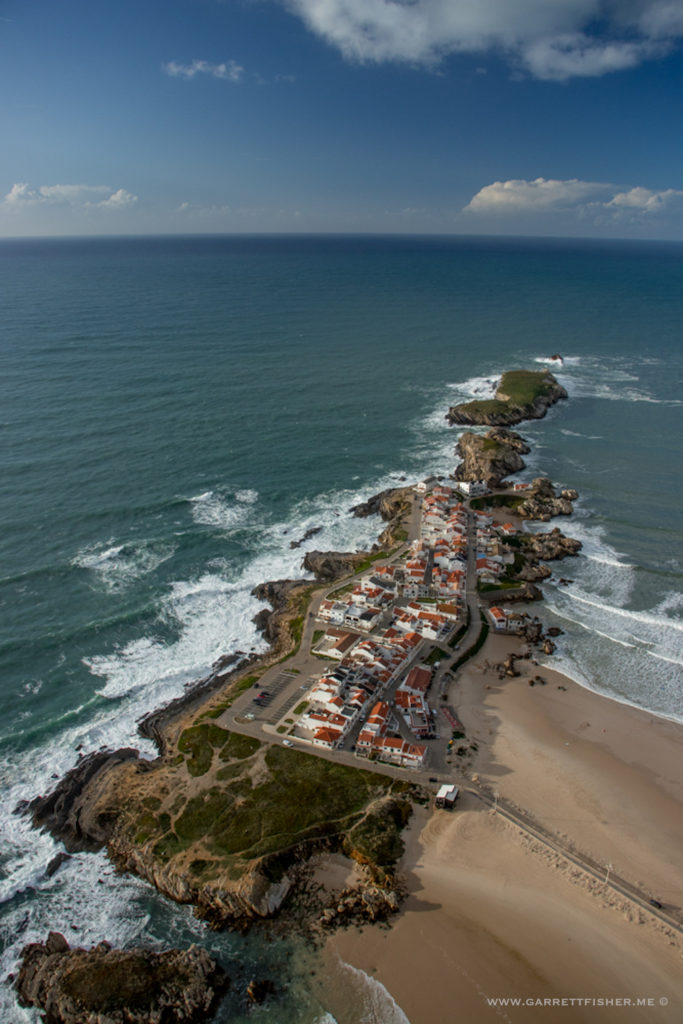 Out to sea again. Truth-in-blogging: I actually am near the beach, just pointing the camera out to sea. There is no way in hell I would fly out of glide range. I don’t like flying over water. 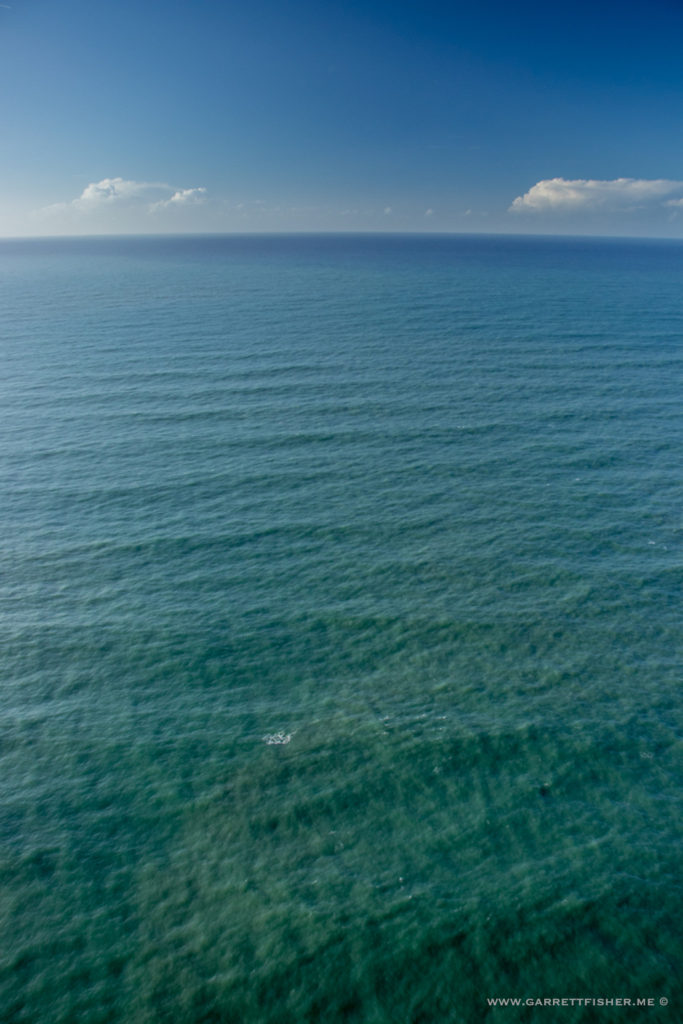 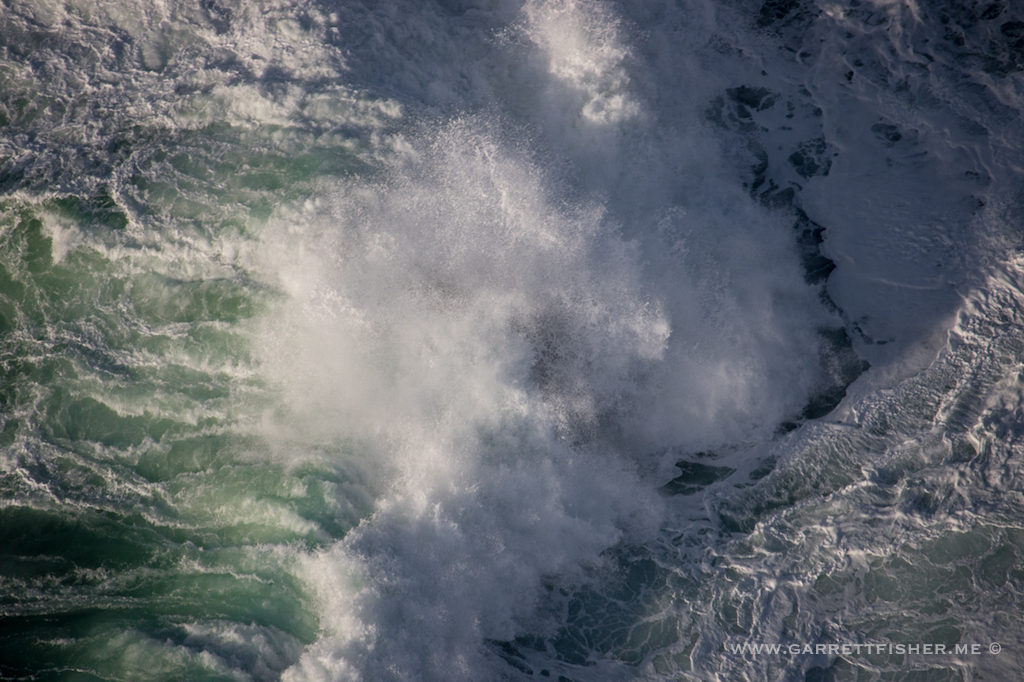 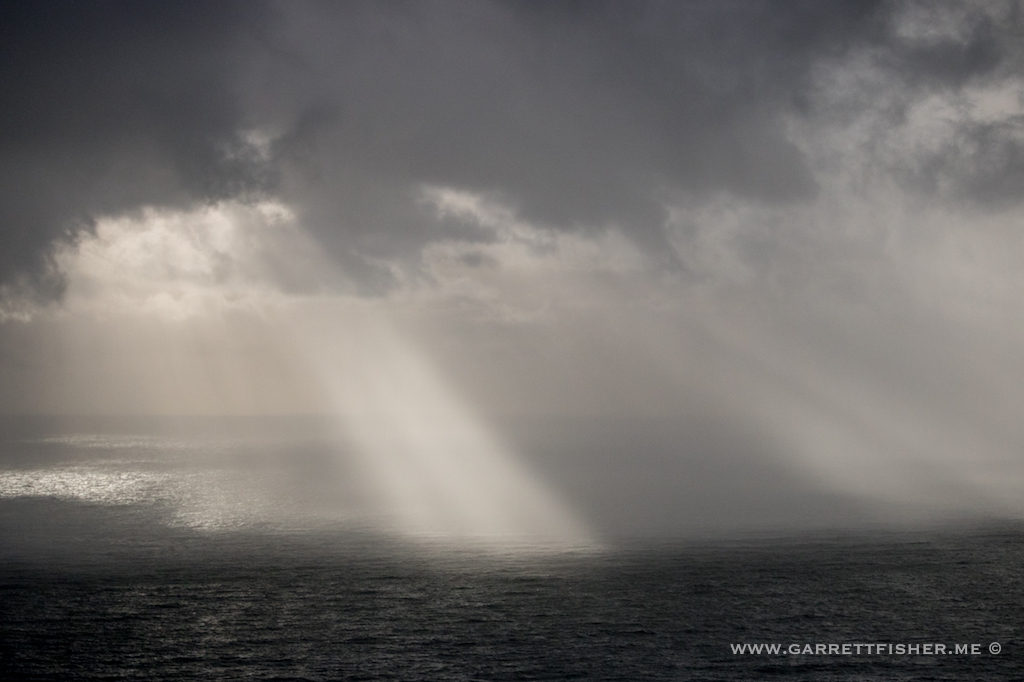 Cabo Carvoeiro. Waves broke the windows at the restaurant 20 feet above the water a few weeks ago. 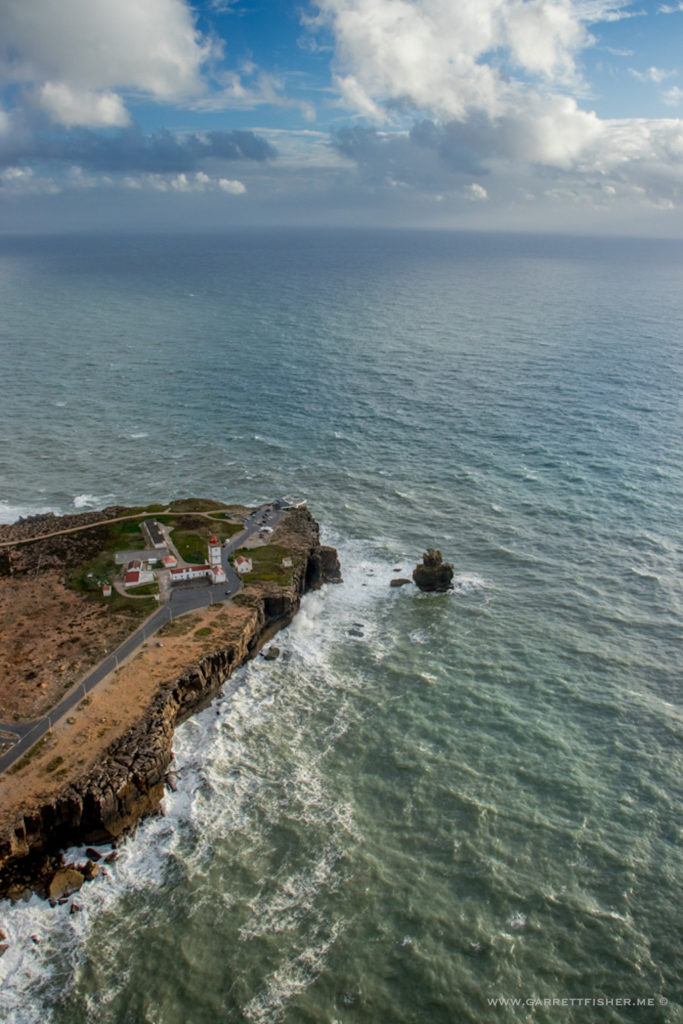 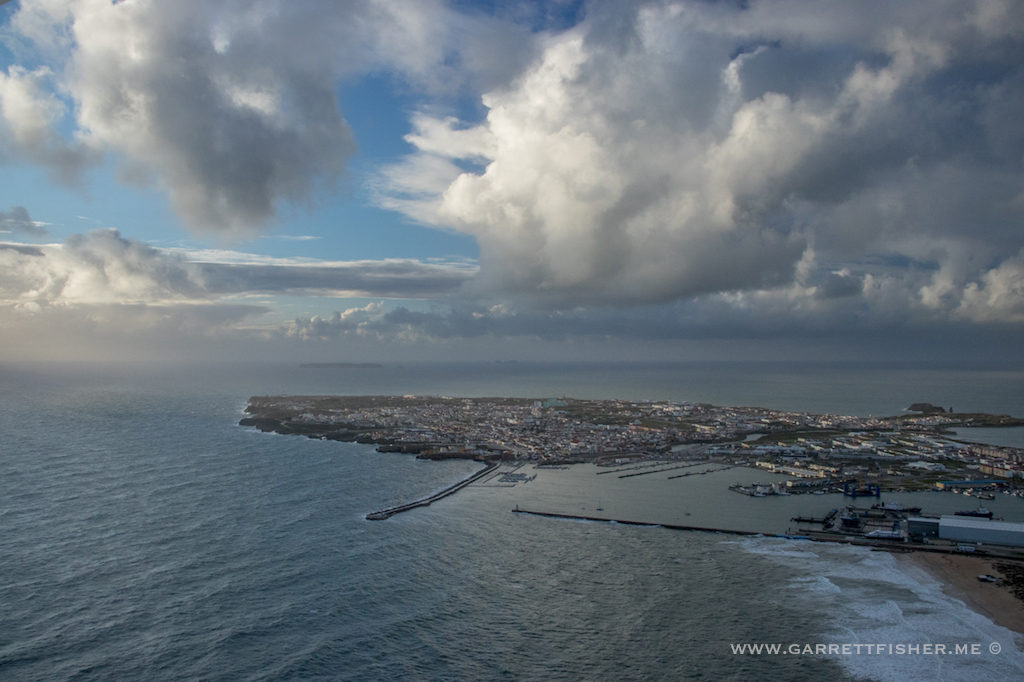 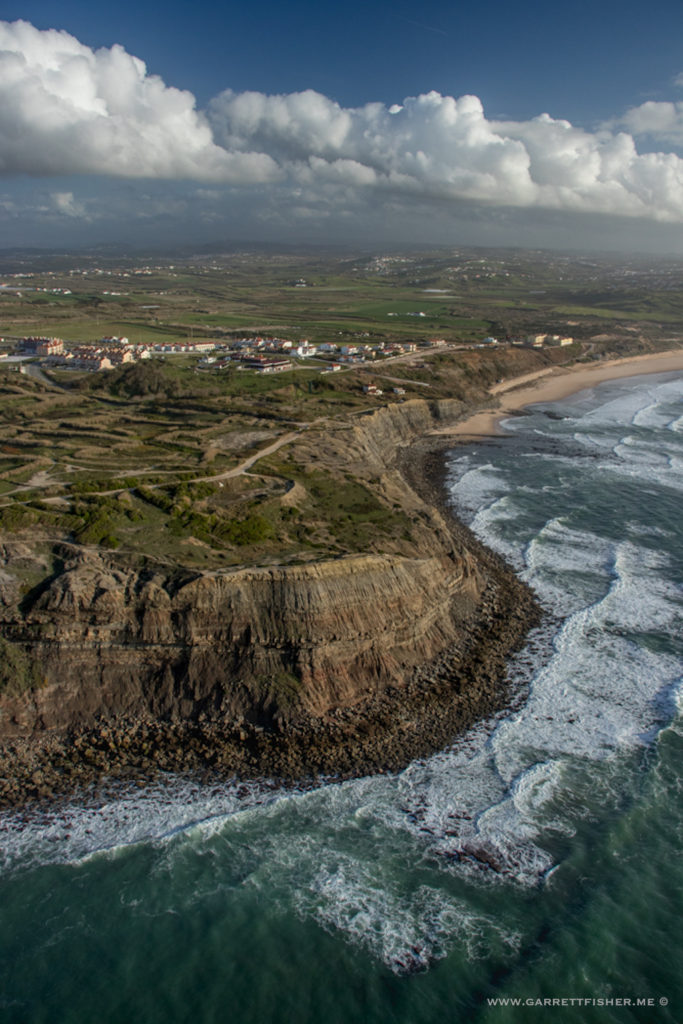 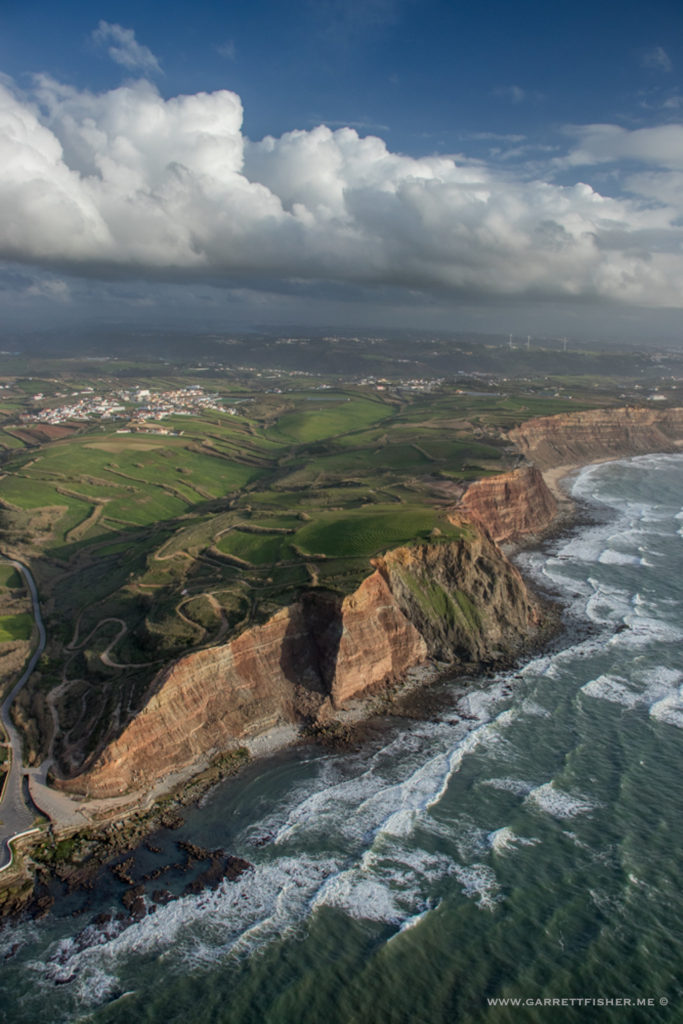 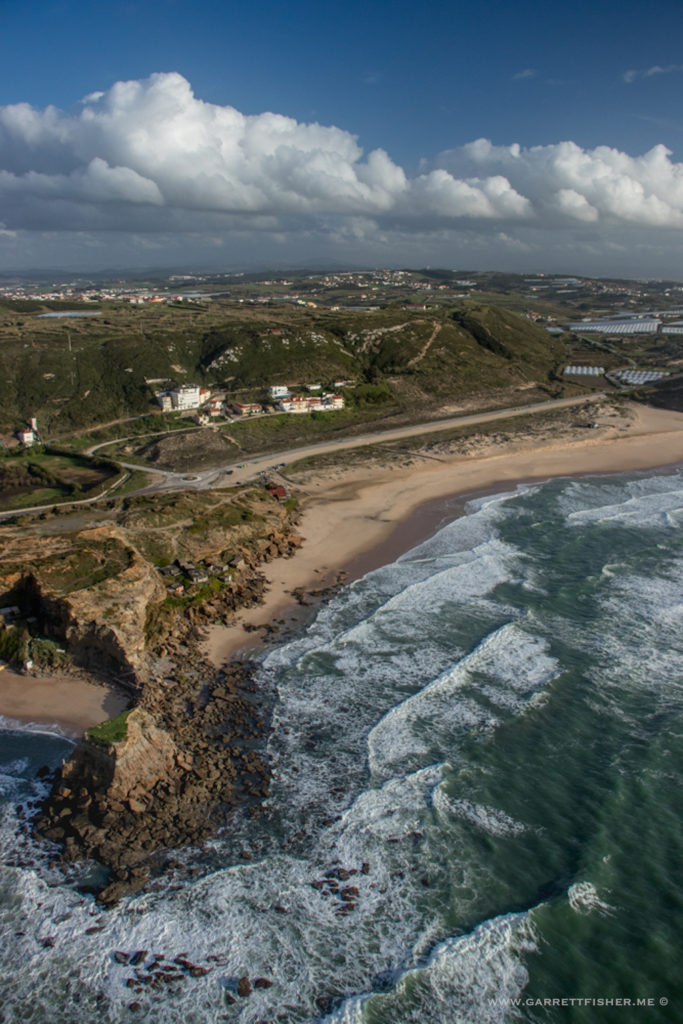