After the test flight in Germany, there were a few squawks (maintenance issues) to be attended to. Finally completing those, it was time for another test flight. The weather was supposed to be nice on the weekend for a Black Forest flight, and I knew enough from my little adventures in Yellowstone to know that I needed a much longer flight than the first test flight beforehand to make sure all issues had successfully worked themselves out. Making repairs and/or changes and mixing it with a very long flight over unfamiliar terrain in a new country is a recipe for disaster, or at the very least, a big bunch of annoyance as I have to turn around, go home, and fix something.

I did a max performance takeoff climb. Good Lord, this thing can fly and fly incredibly slow with the vortex generators I installed last summer. This was the second sea level flight with these bad boys, and they are something else with the denser air down here.

I putzed around a bit outside Egelsbach’s airspace, came back in, and confirmed that they still had no reading. Fiddlesticks. Landing, I pulled up to the hangar, extremely cranky, wondering what on earth is wrong with my $2500 transponder that doesn’t work on the second usage.

I checked the antenna wire to see if it was snug. It popped out. I removed the other side, took it to a mechanic, and he looked and said I might need a new one, he doesn’t know where to get the parts, and that I might want to ask around. “Isn’t it bad for the transponder to have the unit on and the antenna not connected?” “Yes, it can blow it.” At this moment, I was fuming inside, throwing a little temper tantrum. “I hate everything. I hate European stupid regulations and I should just go back to the US.” (Forgetting that the reason I don’t need this stuff in the US is because of a loophole. Its still standard procedure to have a transponder in the US.)

I found another mechanic, who looked at it and said it needed to be re-crimped. He had the tool, got the job done, and I slapped it back in. I advised the tower this takeoff would be a transponder test, and I will stay in the pattern. At about 600 feet above the ground, he advised that he had me on radar. “Egelsbach Info, forget the pattern, I’ll head to Kilo departure point for a local flight.” It was sunny and pretty, and my transponder worked. Since I was in for another €7.98 landing fee, I might as well enjoy it.

The air was clear and the sun was out over the Northern Odenwald foothills, so I got some good old farm field photography, which reminded me a lot of the Star Valley in Wyoming in May of last year. Newly tilled fields, yellow sun, glorious villages, nice hills, a castle, and a beautiful sky. “Europe is so cool! This is awesome!” I thought to myself, forgetting that just 20 minutes ago, I was breathing threats of throwing in the towel and giving up. Just don’t talk to me about the smog the next morning when I didn’t go to the Black Forest. Europe needs to come to grips with their little diesel car obsession and what that does to air quality. 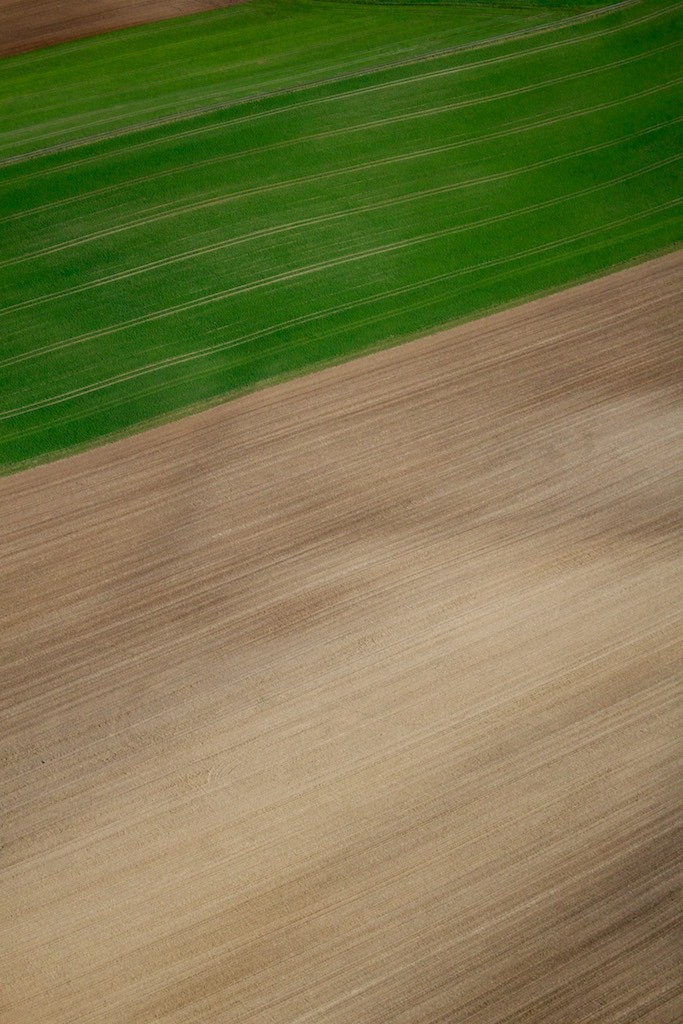 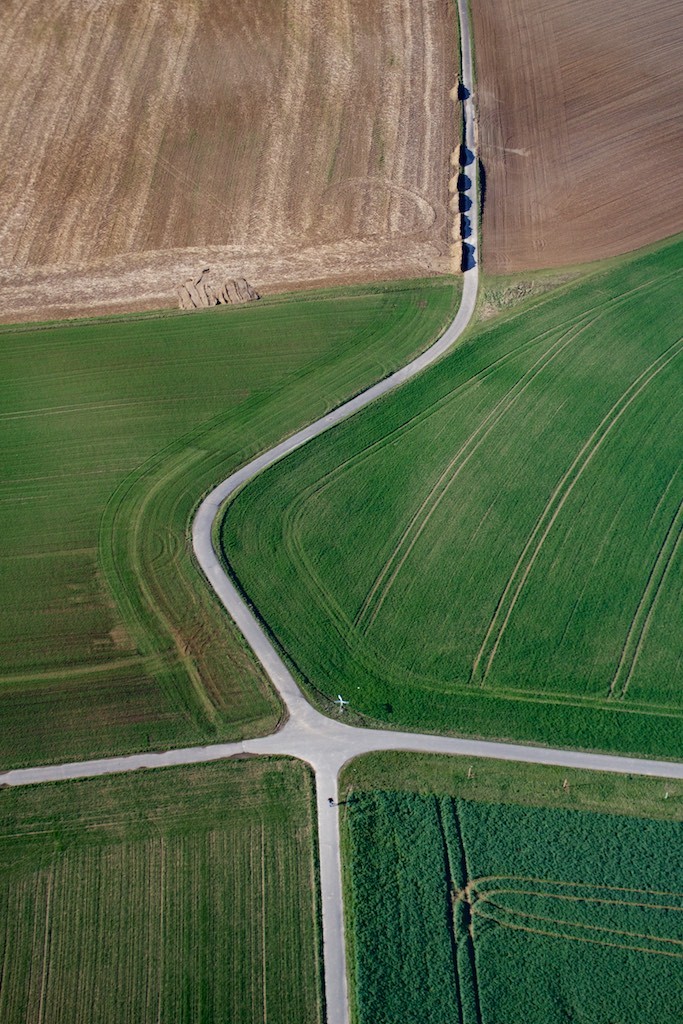 Looking south into the Odenwald. The difference between this and Appalachia is the fact that Germans keep it clean. 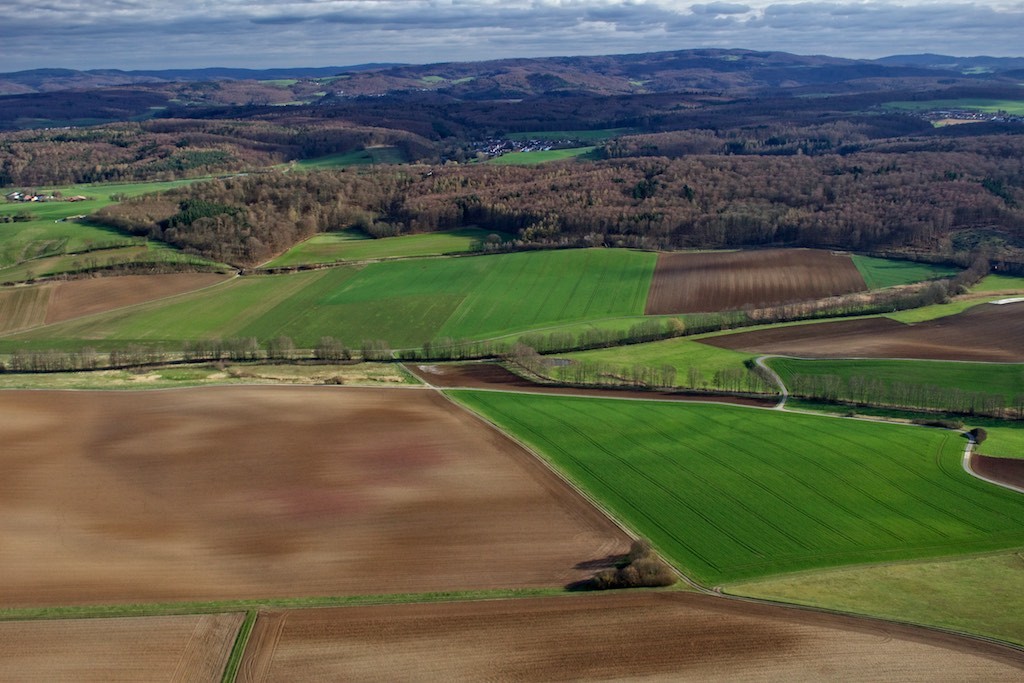 I could swap this for the Star Valley if I wanted, and people would believe it. Its amazing how there is no giveaway about Germany in this image. 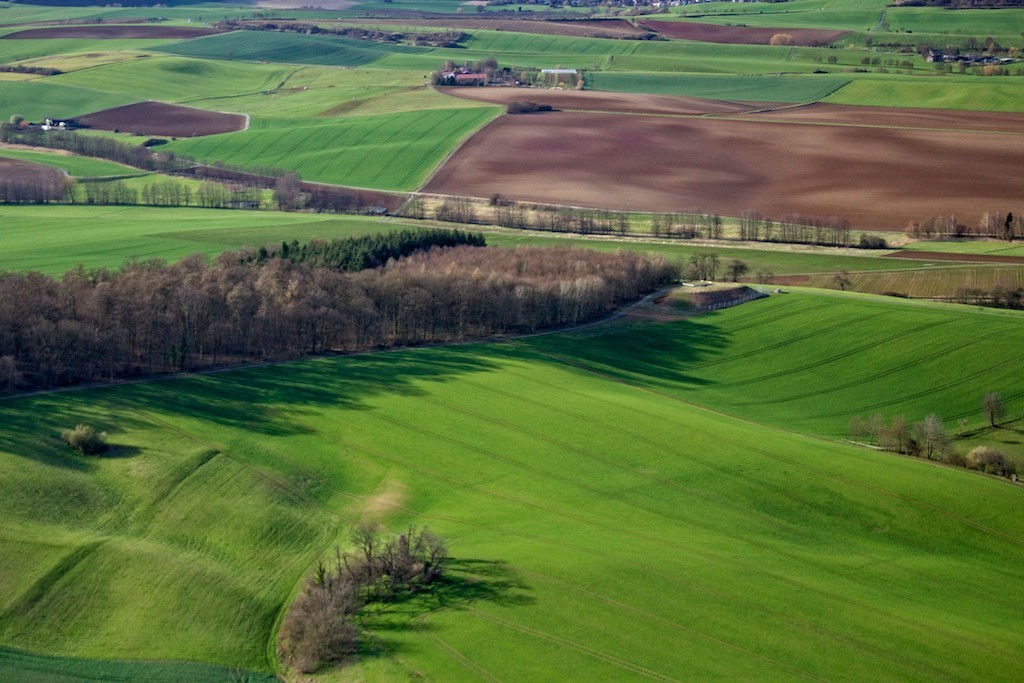 Nieder-Beerbach. It would be kind of ironic if people in this cute village hated each other. 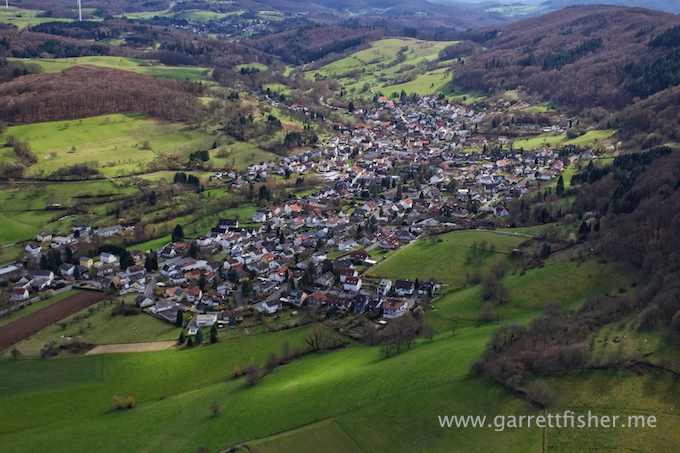 Rhein Valley. Not quite so glorious compared to the hills a few miles away. 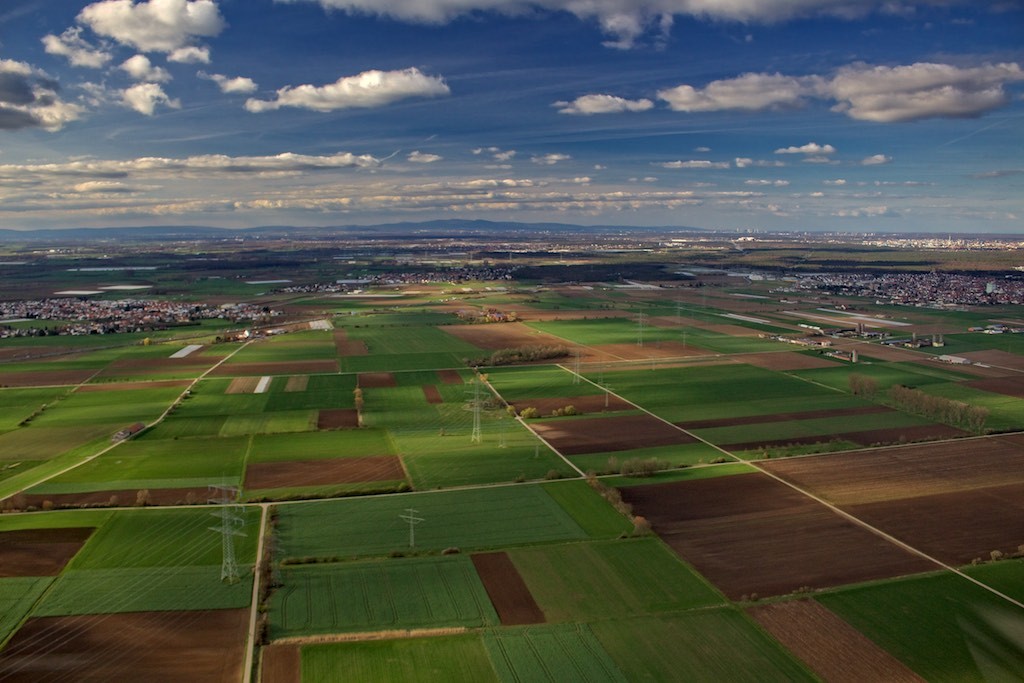 Approaching Egelsbach. This is the Autobahn where I do well over 100mph on the way to the airport. I was actually getting passed by cars while flying. 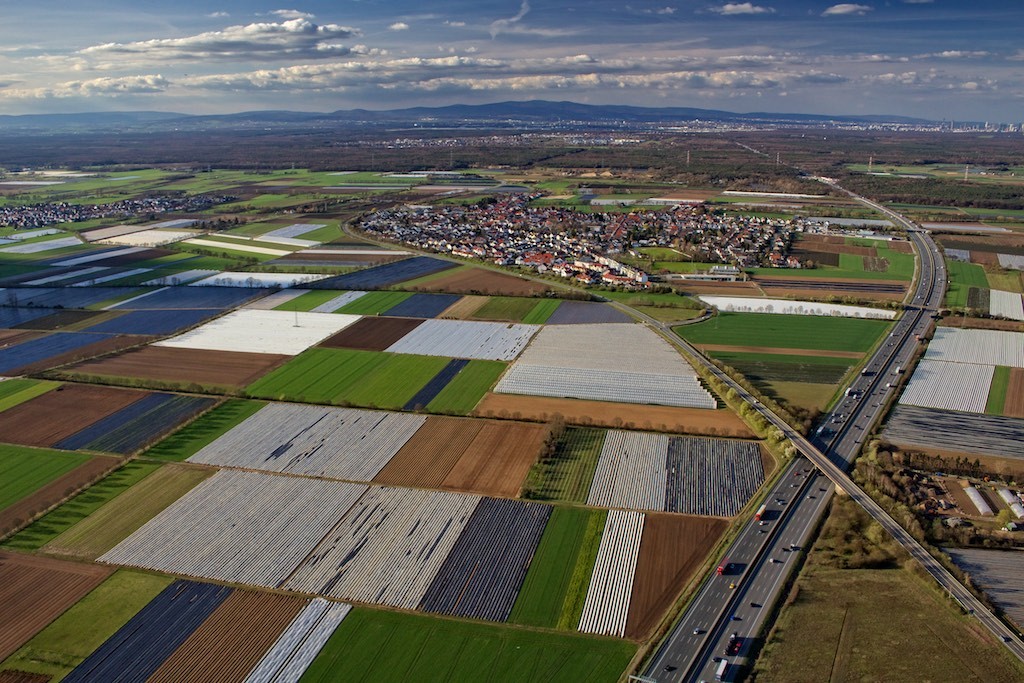